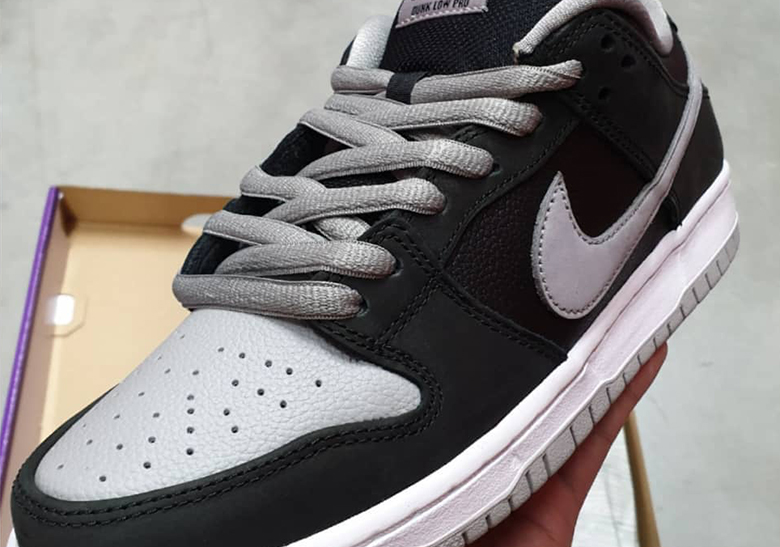 Nike SB fanatics have long since been embracing the GR colorways as much as the concept-driven designs. Of the plethora of two-toned colorways selected by team riders, one of the more memorable SB Dunk fixtures has been the “J-Pack”, a May 2005 release comprised of a simple black and royal blue colorway. The shoes were given that nickname for its resemblance to the Air Jordan 1 “Royal”, and since then the burgeoning skate division has made some attempts to revive the quirky nickname, but none have quite held up in esteem like the original. In 2020, it appears that the attractive mix will return, this time a nod to the OG “Shadow” colorway; with a full black suede base, Nike SB adds the signature hue of grey on the toe-box, Swoosh, outsole, lining, and laces for a striking release – J-Pack affiliation or not. The new purple shoebox appears to be the housing selection, so fortunately these won’t be an Orange Label skateshop exclusive either. See the photos ahead and stay tuned for updates, and in the meantime, catch up on all the updates on the Travis Scott SB Dunks. 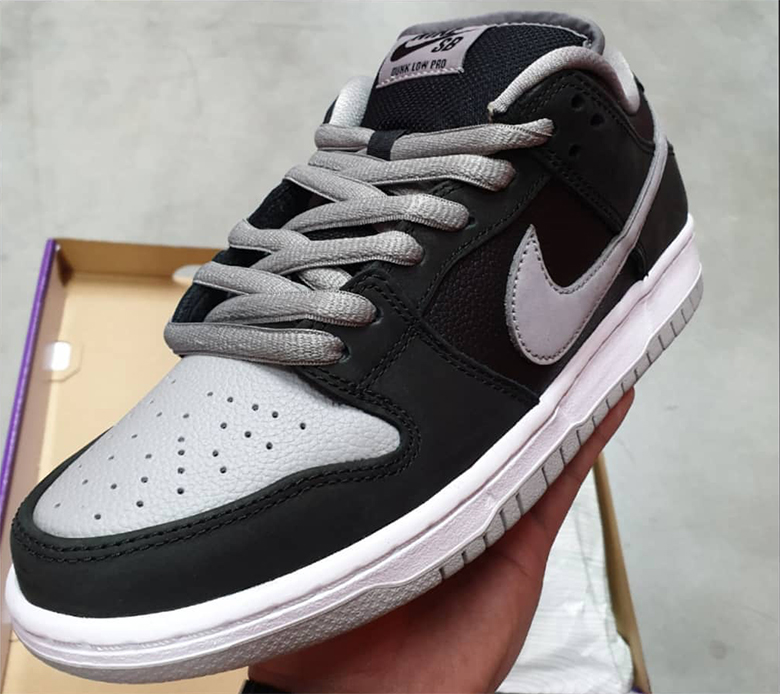 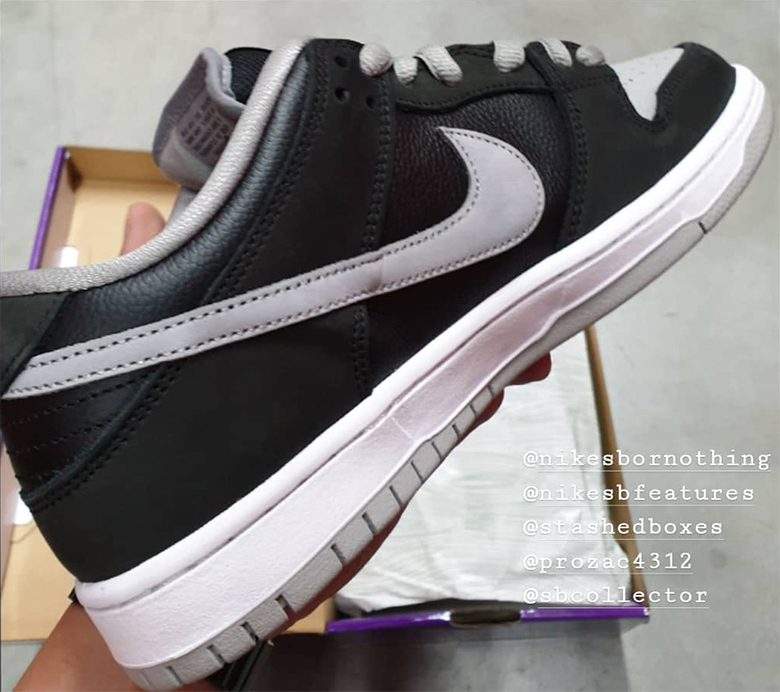