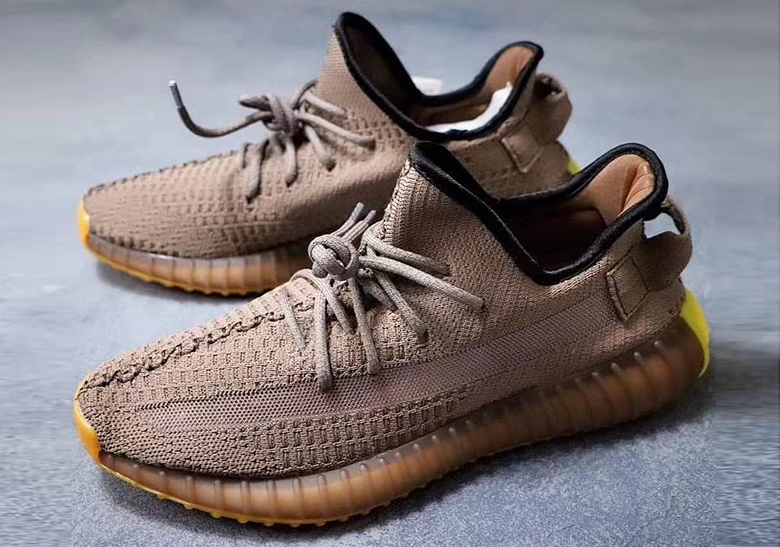 After dropping pairs both frequently and aggressively back in December, adidas Yeezy has ostensibly given the market a short, well-needed break. But as leaks come one after another, it’s clear that it will only be short-lived. Poised to take over 2020 as it did 2019 — even despite new models the likes of the 380 or 700 v3 and its MNVN alternate — the latest  Yeezy Boost 350 v2 to reveal is none other than the bluntly dubbed “Earth,” a colorway that neither impresses vocally or lies wholly on the neutral side of the spectrum. Much of the outward aesthetic, however, does subscribe to the latter, opting for a deep brown across its weave with little contrast aside from texture. Stripes at the side, in departure from the norm, now come completely devoid of any markings: a clean, flat mesh takes its place. Fans of the pull tab will also be excited to see its return after a brief hiatus, but if you’re averse to change, the yellow colored blocking along the gum sole may be difficult to acclimate to. Grab one of the first looks at the “Earth” Yeezy 350 v2s here and expect a release to hit likely within the next few months.