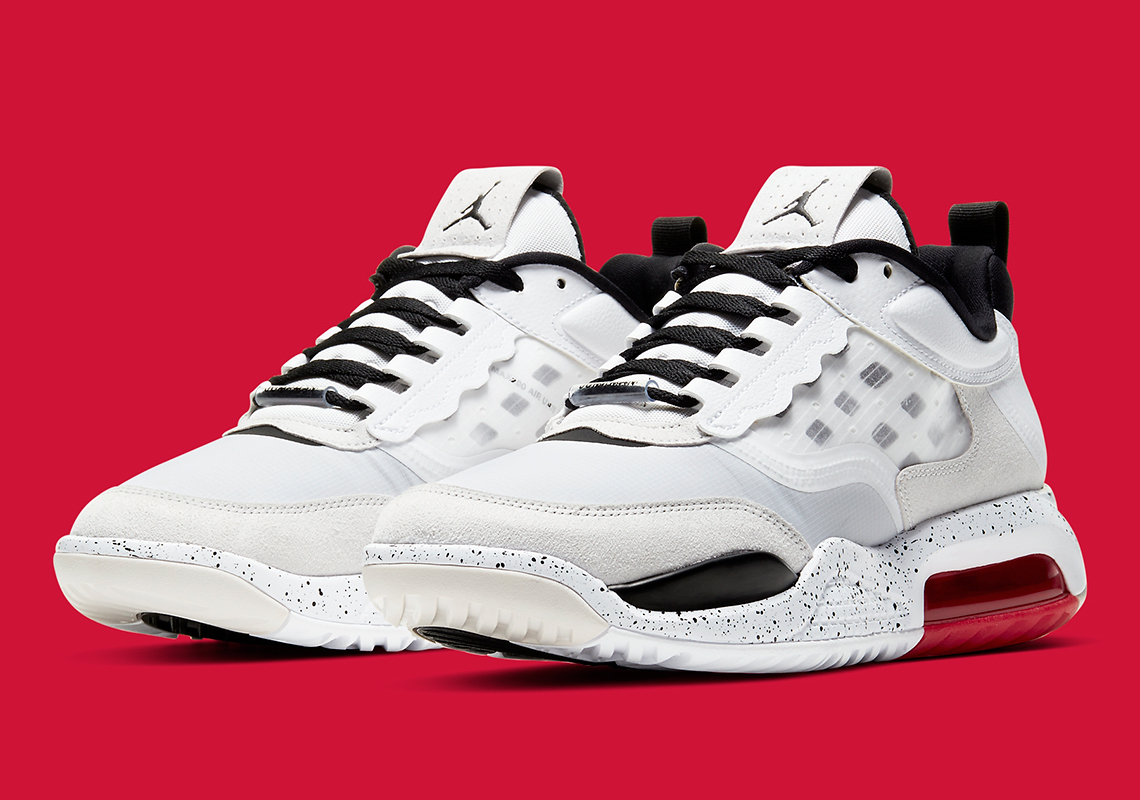 The Jordan Air Max 200 Just Released In A White, Black, And Red Colorway

Although it will never be as popular as its retro family, Jumpman’s steadily growing lineage of hybridized silhouettes is making a commendable effort in making sure that more attention gets re-directed its way by consistently adding new colorways to its arsenal. Among them is the recently revealed Jordan Air Max 200, who after appearing in an “Altitude Green” inspired makeover, has just received a release in a variation mirroring that of #23’s Chicago Bulls’ team colors. Given that this model serves as a modernized take of the Air Jordan 4, it’s quite possible that this newer offering was somewhat loosely inspired by the classic “White Cement”. Uppers merge neutral hues of grey and white set upon its leather and synthetic constructions and throw in a mixture of grey hues atop its suede overlays. Down below a speckled wallpaper is applied towards its midsole piece much like the popular aforementioned AJ 4 rendition, and injects doses of “Challenge Red” into its visible Air bubbles and insoles. If you’re looking to add these to your rotation, you can find them available now on Nike.com for a retail price of $125 (Men) and $100 (Grade School). 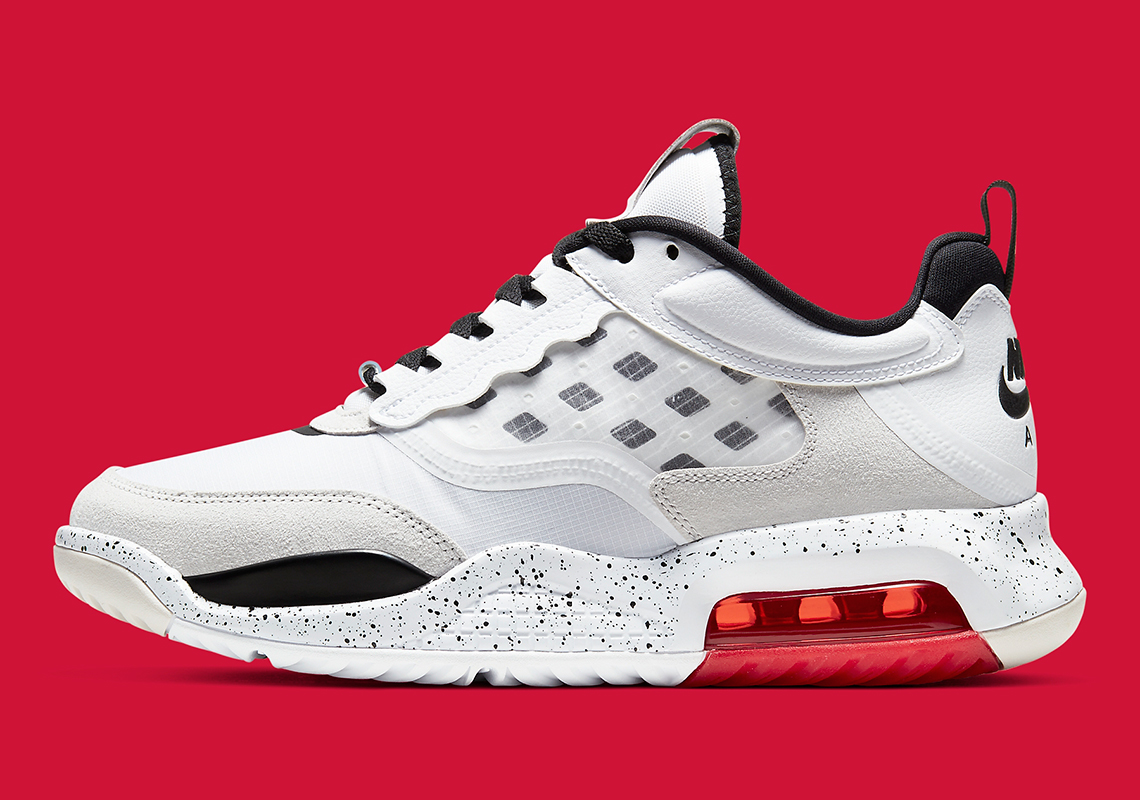 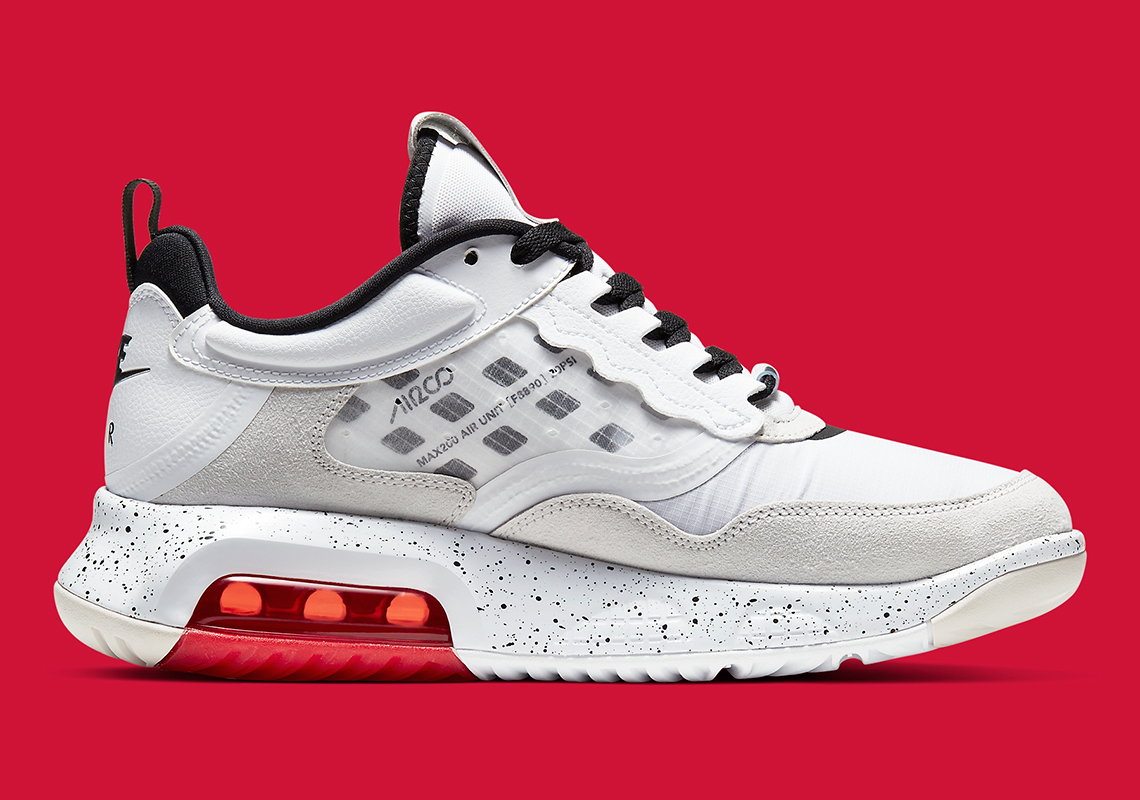 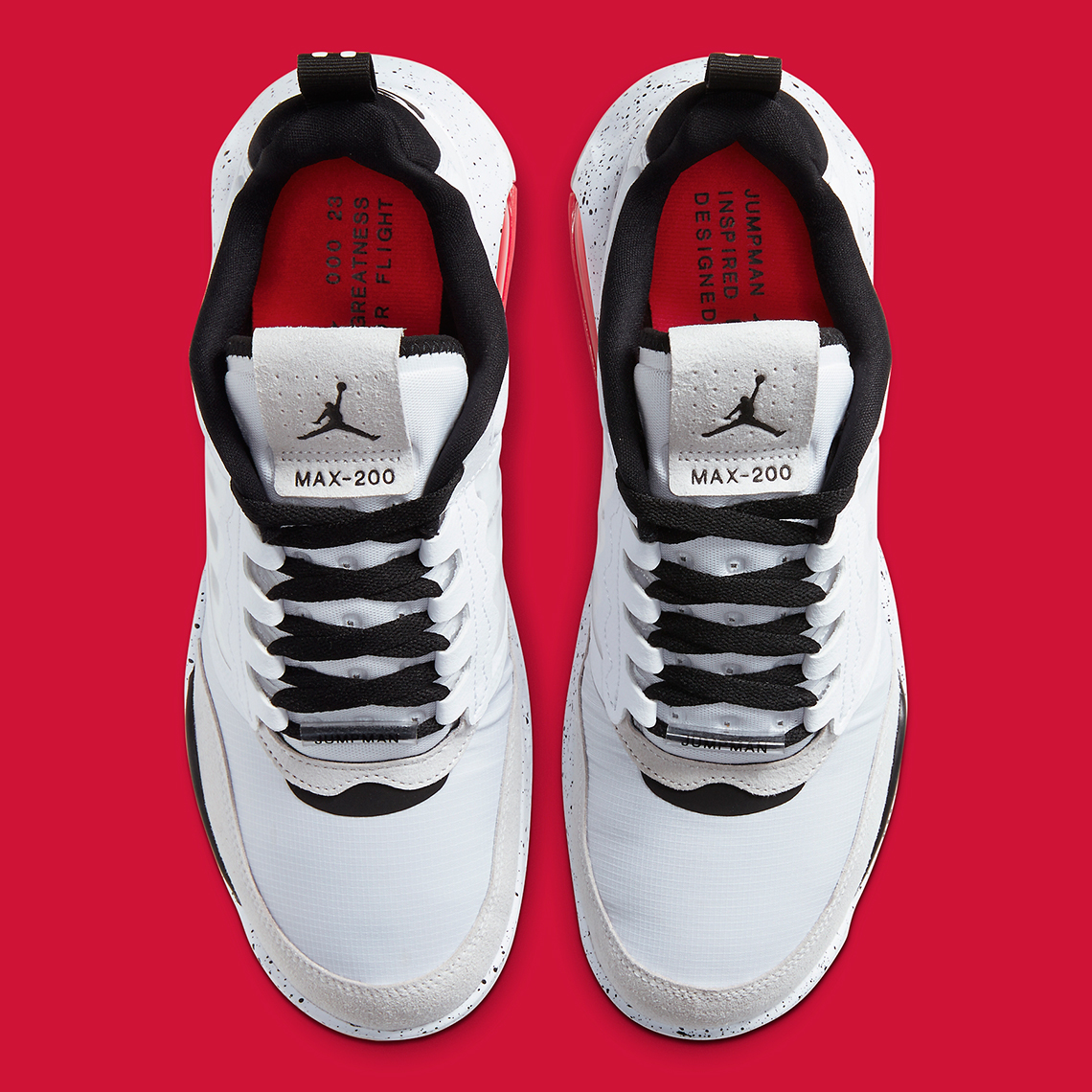 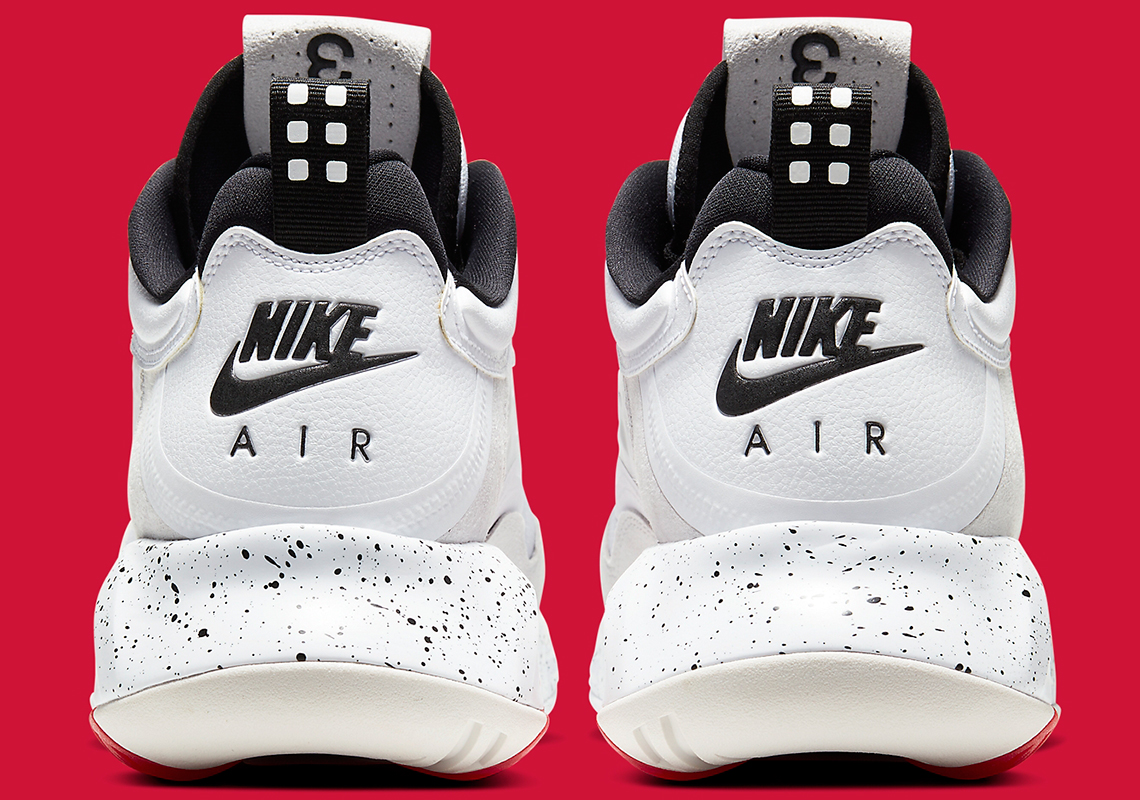 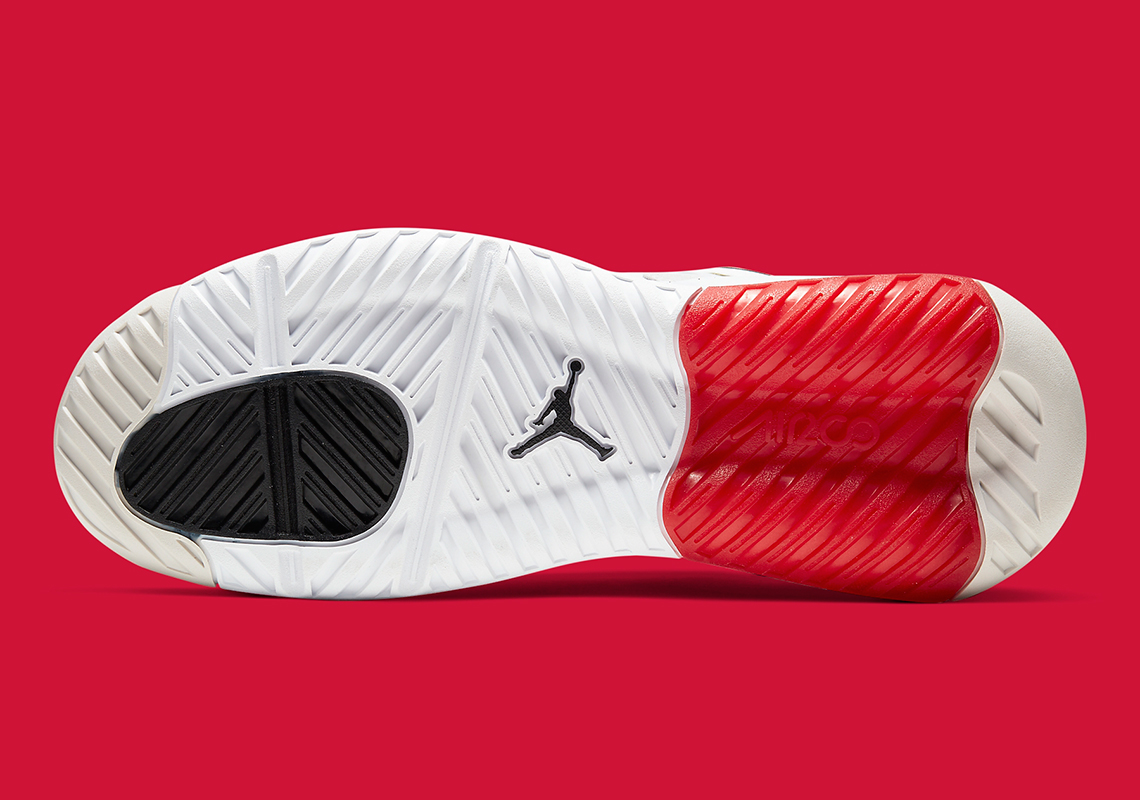