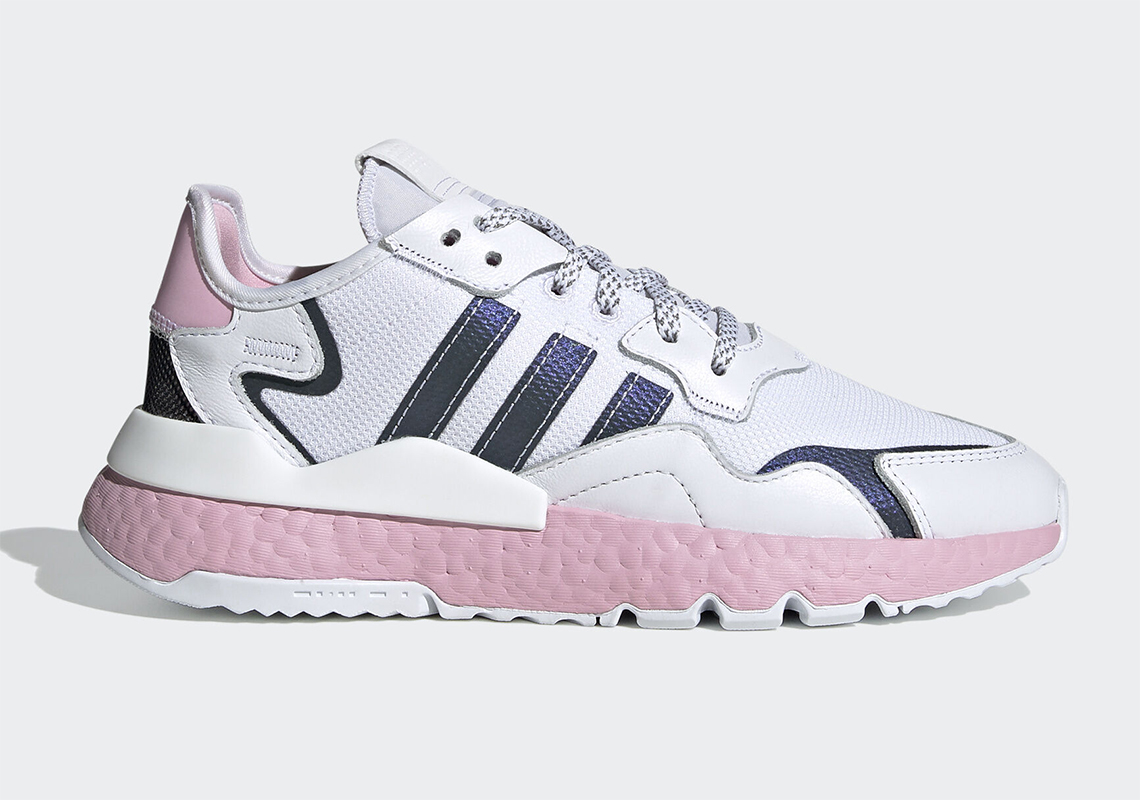 Shortly after selling out its anticipated collection with the one and only Queen Bey, the adidas Nite Jogger continues to move forward with more releases that focus on making styling adjustments to its Boost-infused midsole. While most recent iterations have seen through to only getting the heel and mid-foot sections getting splashed with color, this forthcoming offering chooses to utilize its coloring capabilities in more plentiful fashion. The midsole unit is surely the most standout feature of this new makeover a soft “True Pink” wraps around entirely, and even sprinkles its identical hue towards the higher heel regions to evoke connections to the upcoming Easter season. Uppers stay clean by keeping most of its leather and mesh fabrications to a cloudy white, but also add touches of Xeno detailing atop the stripe branding and various underlays which shimmer with iridescent effects when placed into dimly lit environments. You can find a closer look here, and note that they will be dropping on adidas.com and at select Three Stripes retailers on March 1st for $130. 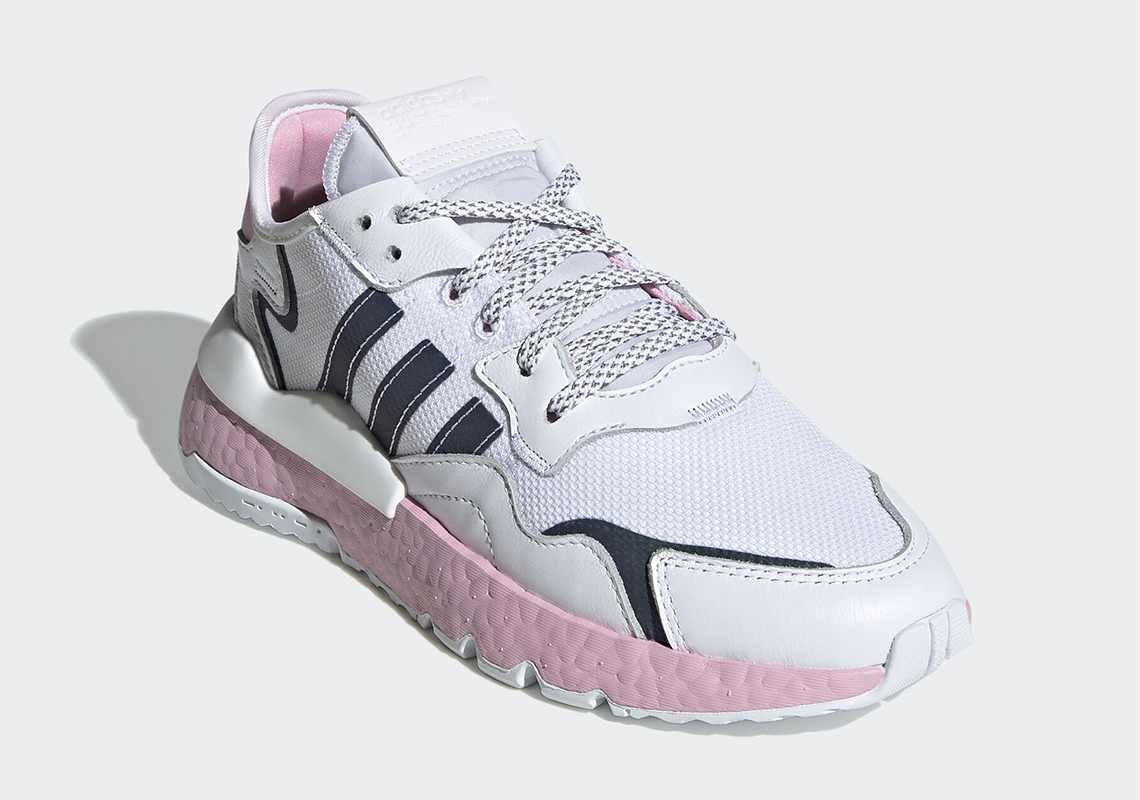 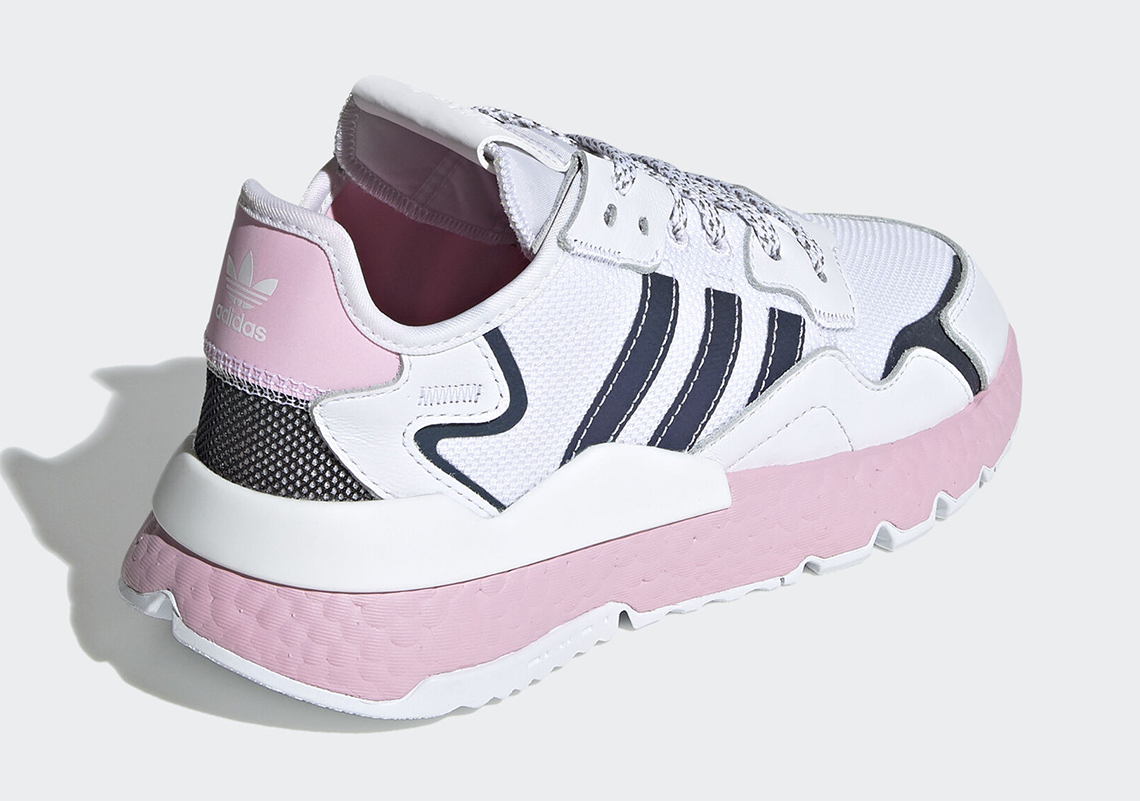 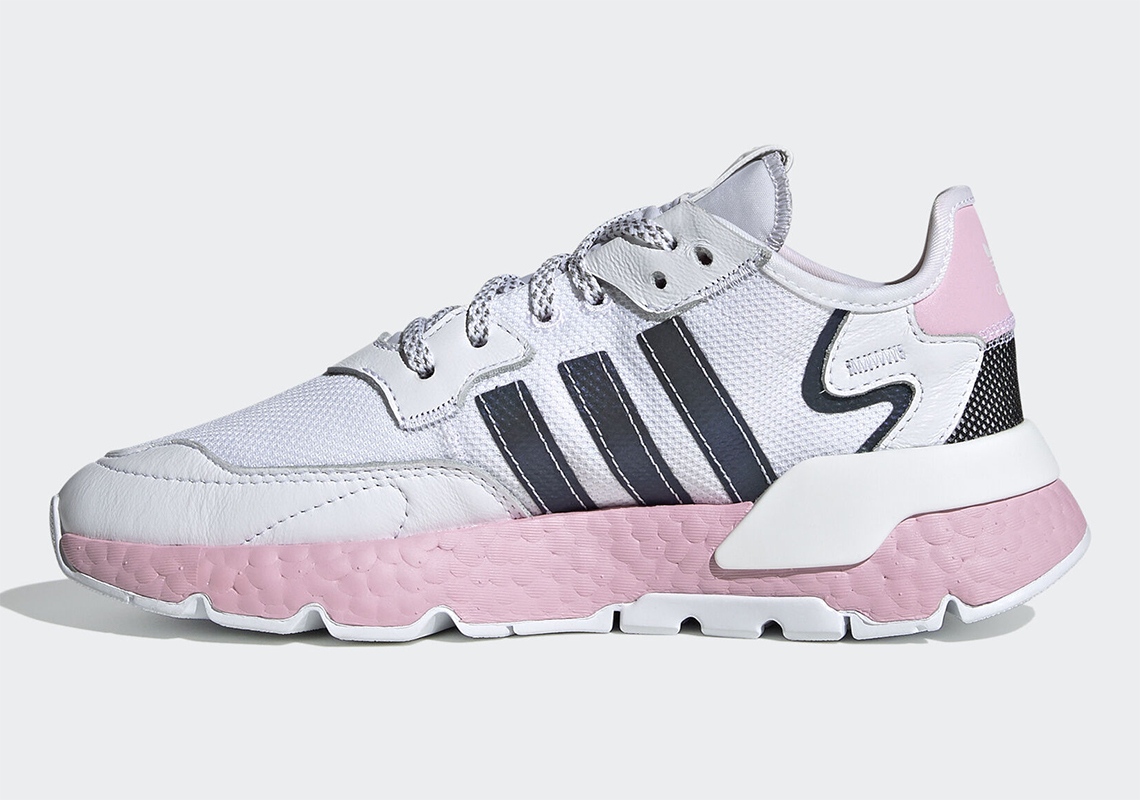 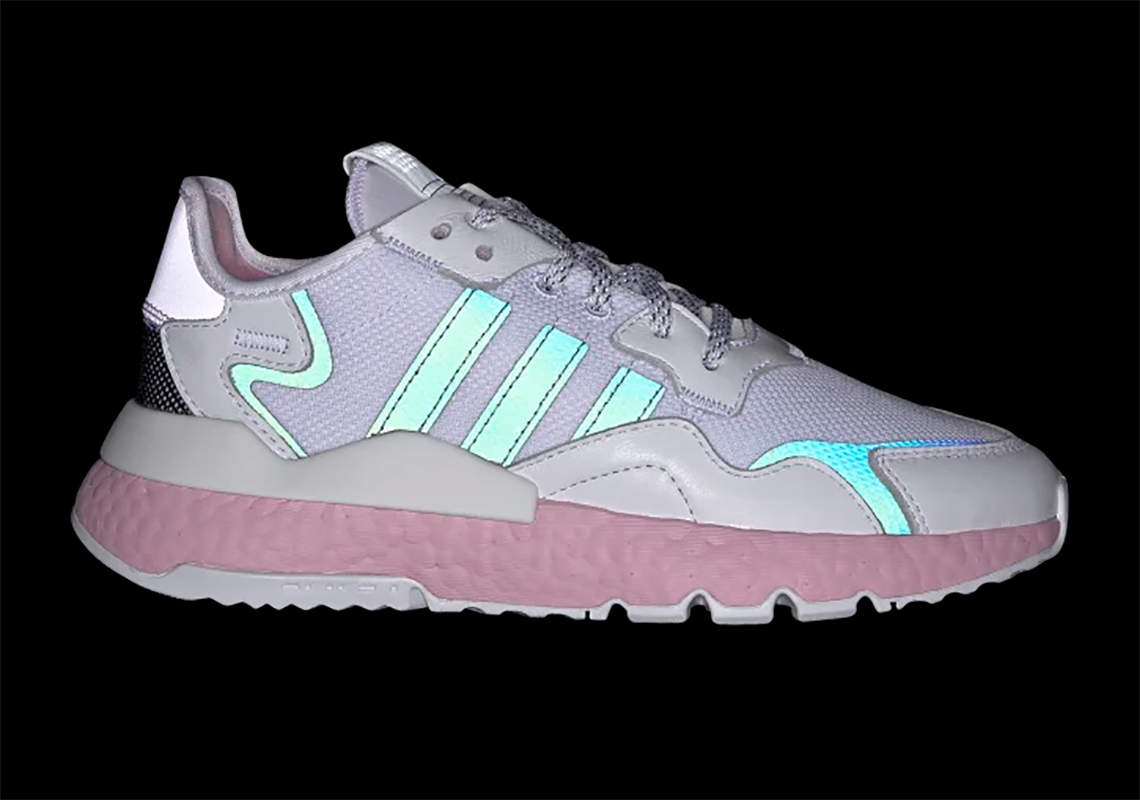 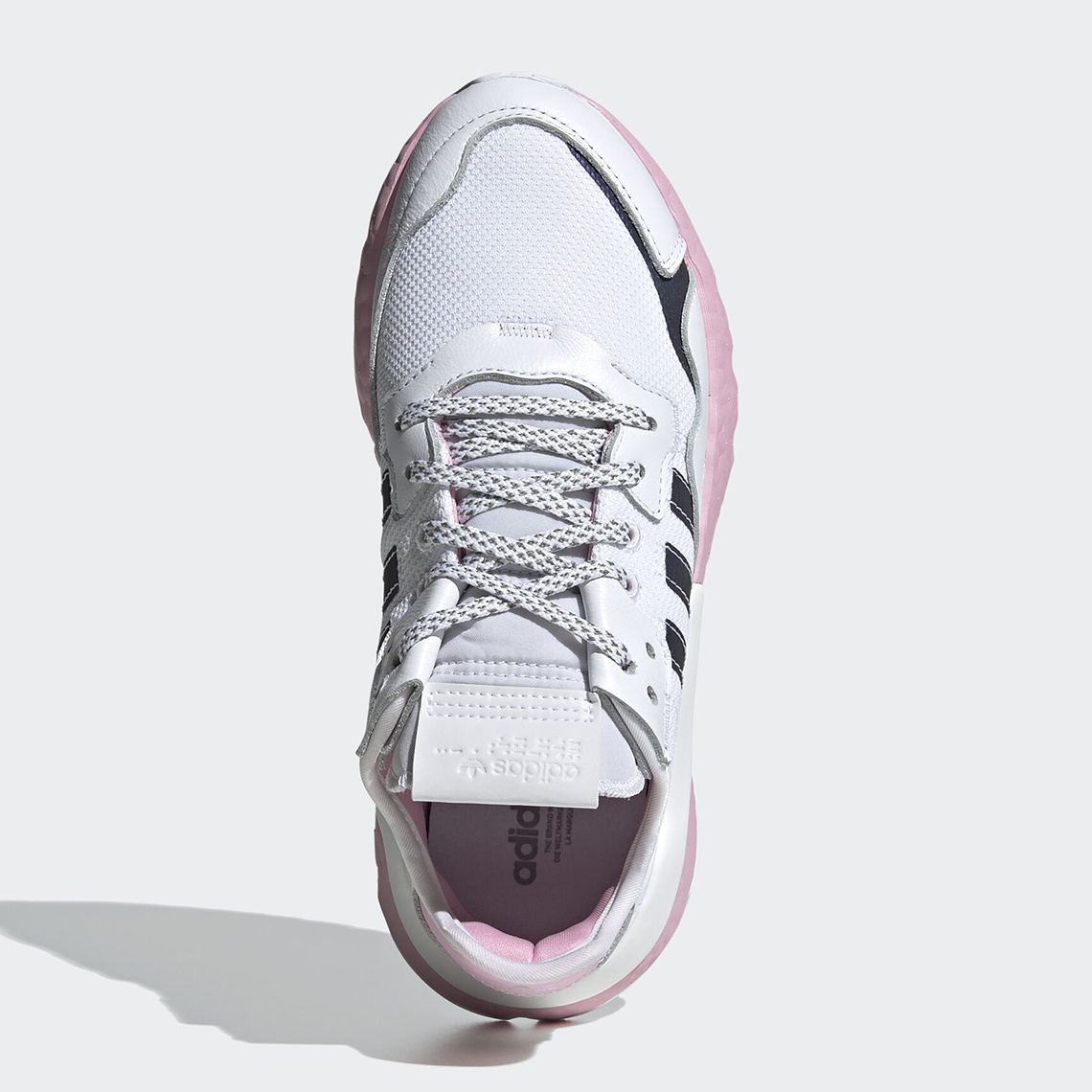 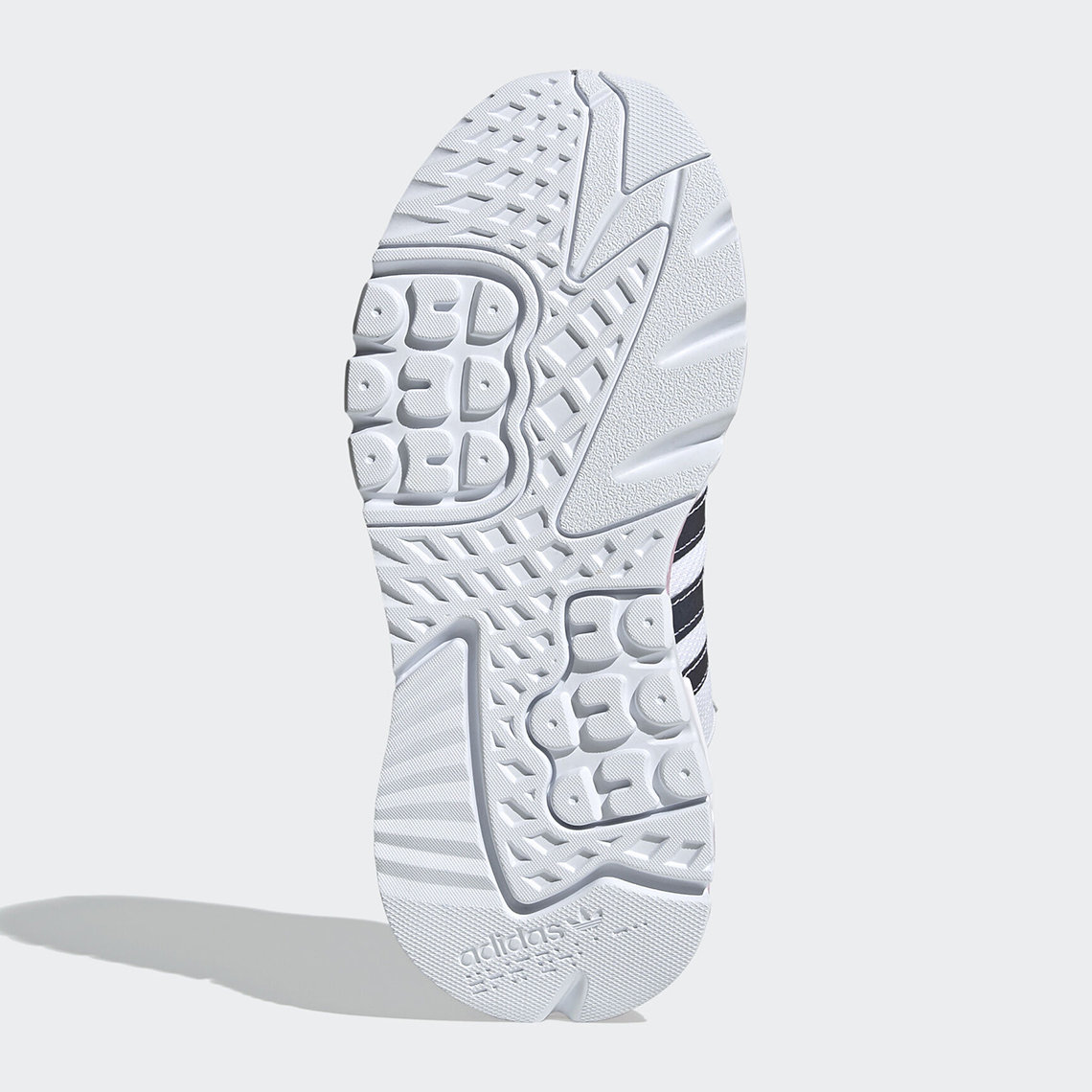