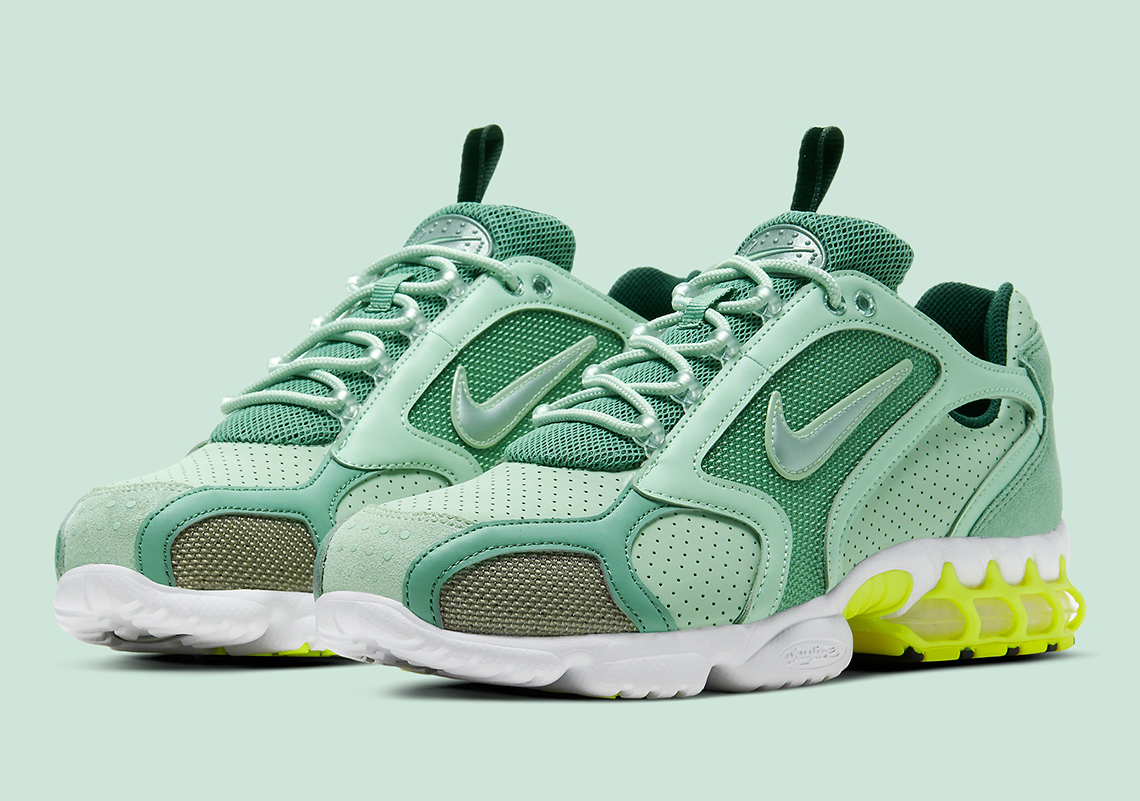 The Nike Zoom Spiridon Caged Is Returning In 2020

Far distinct in Nike’s timeline of design trends, the 2000s wrought many a unique silhouette — the entire era at times considered to be one of the weirdest for sneaker culture as a whole. But despite the range of unorthodox shapes, many left quite the impression, some even modifying time-enduring classics just as the ever-obscure Zoom Spiridon Caged so aggressively achieved. A hallmark of ’03, its every element acts as a time capsule of forgotten times, with paneling arriving just as it did back during the pair’s original debut. And while its been close to two decades since, the blueprint has interwoven itself into the brand’s current repertoire of runners, with the Shox TL Nova even resembling such a style. The first colorway to reveal of the now retro’d classic is one vibrant in a jade green palette, with accents of volt highlighting the angular molds of the sole’s air bubble; up top, hits of dark shades take seat on overlaid strips at the toe or the mesh base along the side and tongue, leaving everything else to brighten by way of lighter perforated leathers. Signature branding still intact, grab a full and close-up look at the model right here and expect a release to arrive at Nike.com and select shops likely within the coming months. 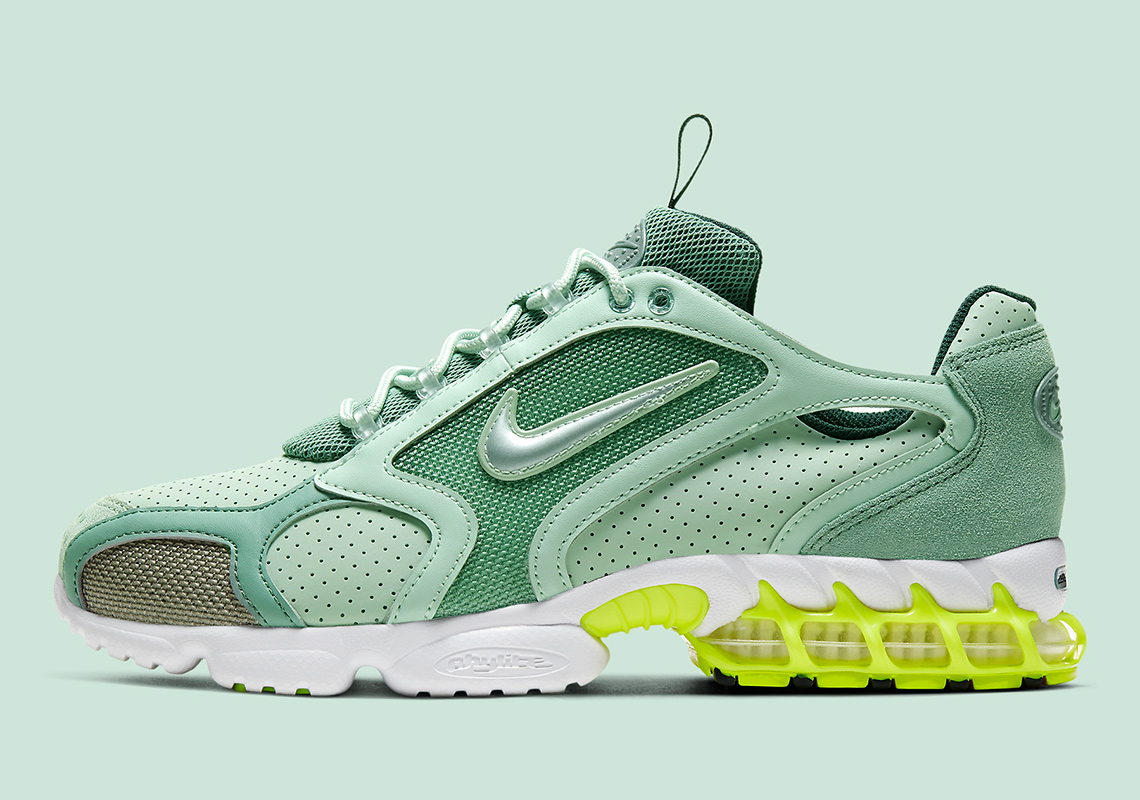 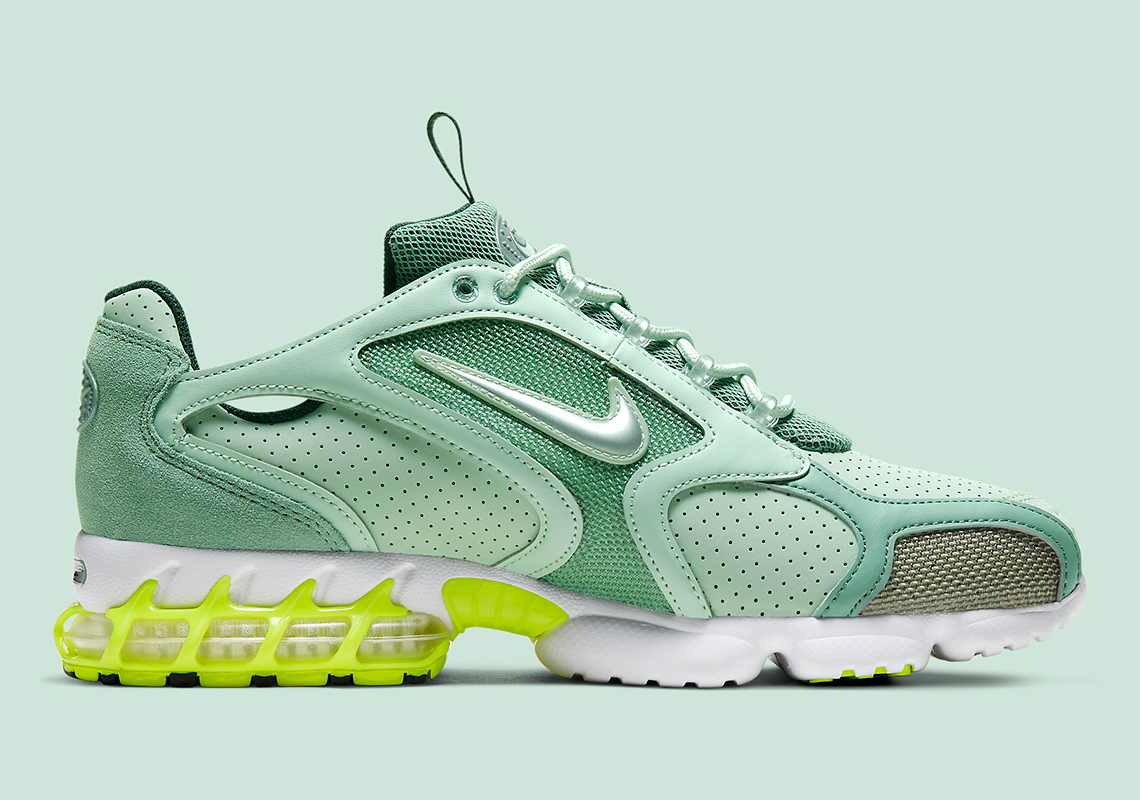 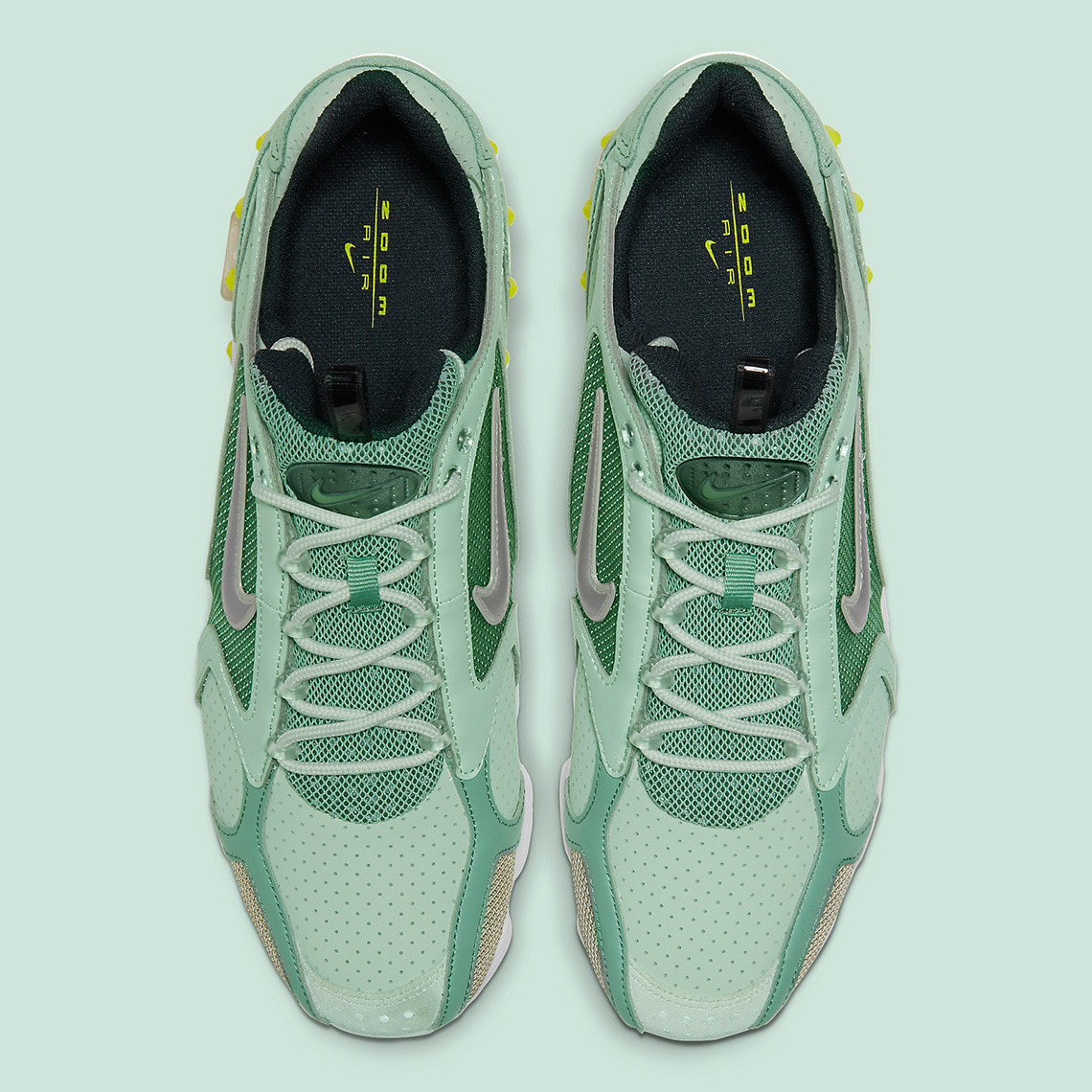 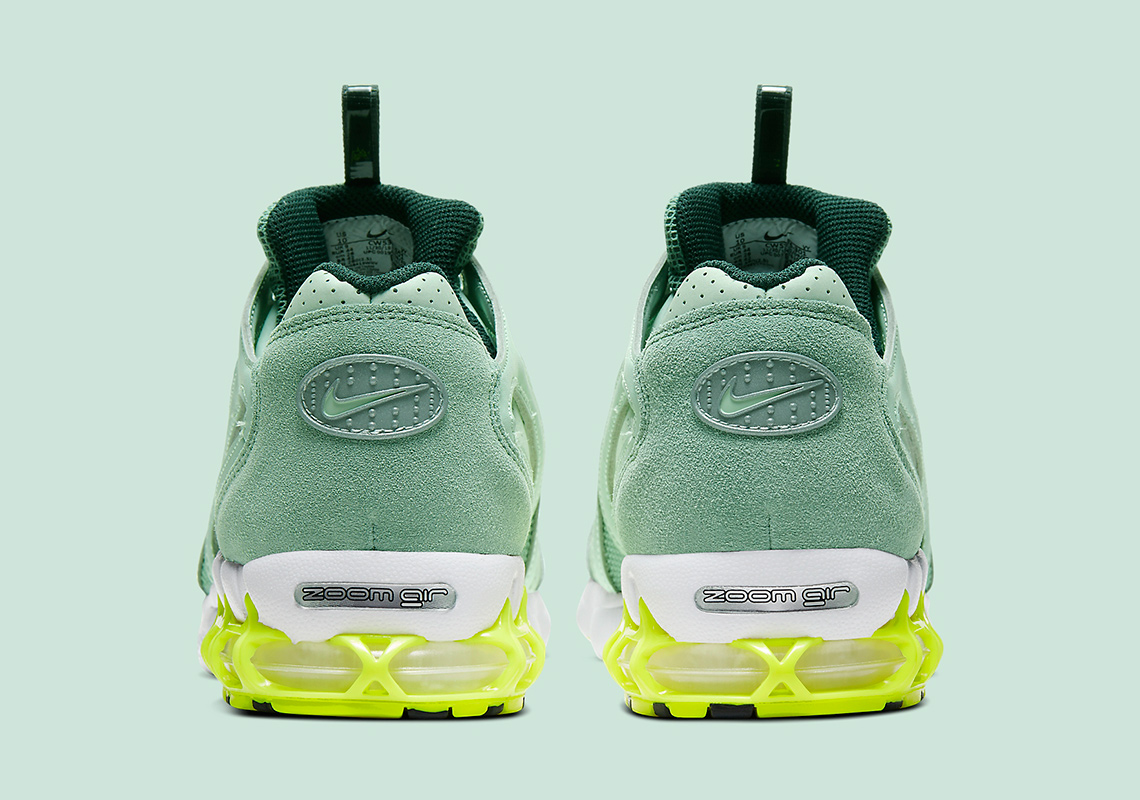 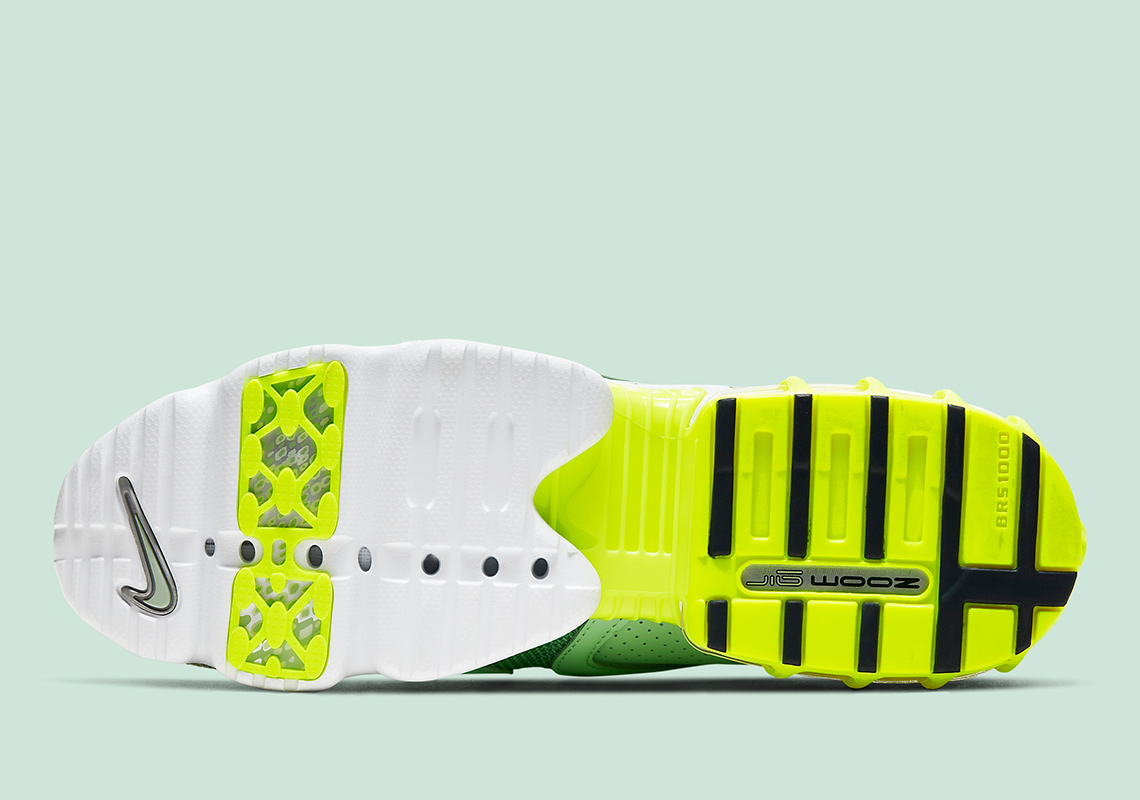