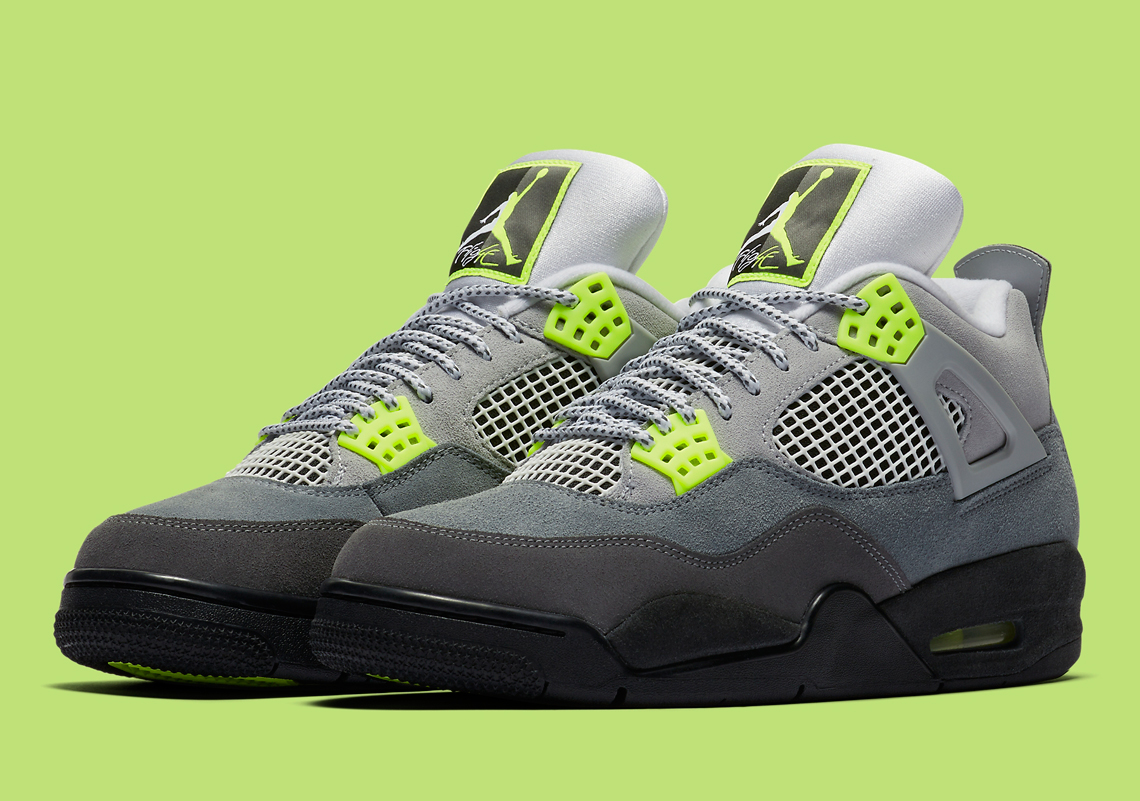 Where To Buy The Air Jordan 4 Retro SE “Neon”

Amid news of several Jordan release date delays, The Jumpman Brand has revealed official images of the Air Jordan 4 in its best Air Max 95 impression.

Slated to drop in a week’s time, the latest iteration of Michael Jordan’s fourth signature shoe is a complete departure from its most recent counterparts, as well as the upcoming Off White Jordan 4. From midsole to tongue, the upcoming retro stacks various shades of grey on-top of one another to resemble the aforementioned Air Max runner, which is celebrating its 25th Anniversary. Elsewhere, plastic eyestays, profile mesh guards and tongue labels all contribute to the Jordan 4’s nod to its kin from ’95: “Volt” animates the four plastic lace guards and half of the tongue patch, while surrounding netting keeps things subtle like its muse. And while previous leaks revealed other distinct nods to the 25-year-old silhouette at the Airbag, insole and outsole, official images are the first to demonstrate one of the Air Max 95’s most signature details: A reflective “NIKE AIR”-branded spine.

The Jordan 4 “Neon” is scheduled to launch at Nike.com on March 21st in Toddler, Pre School, Grade School and Adult sizing. Pricing for this pair will range from $60 USD to $225 USD.

In other 2020 Jordan Releases news, official release details for the women’s Melody Eshani Jordan have emerged.

Where to Buy (Mens)

Where To Buy (Pre-school)

Where To Buy (Toddler) 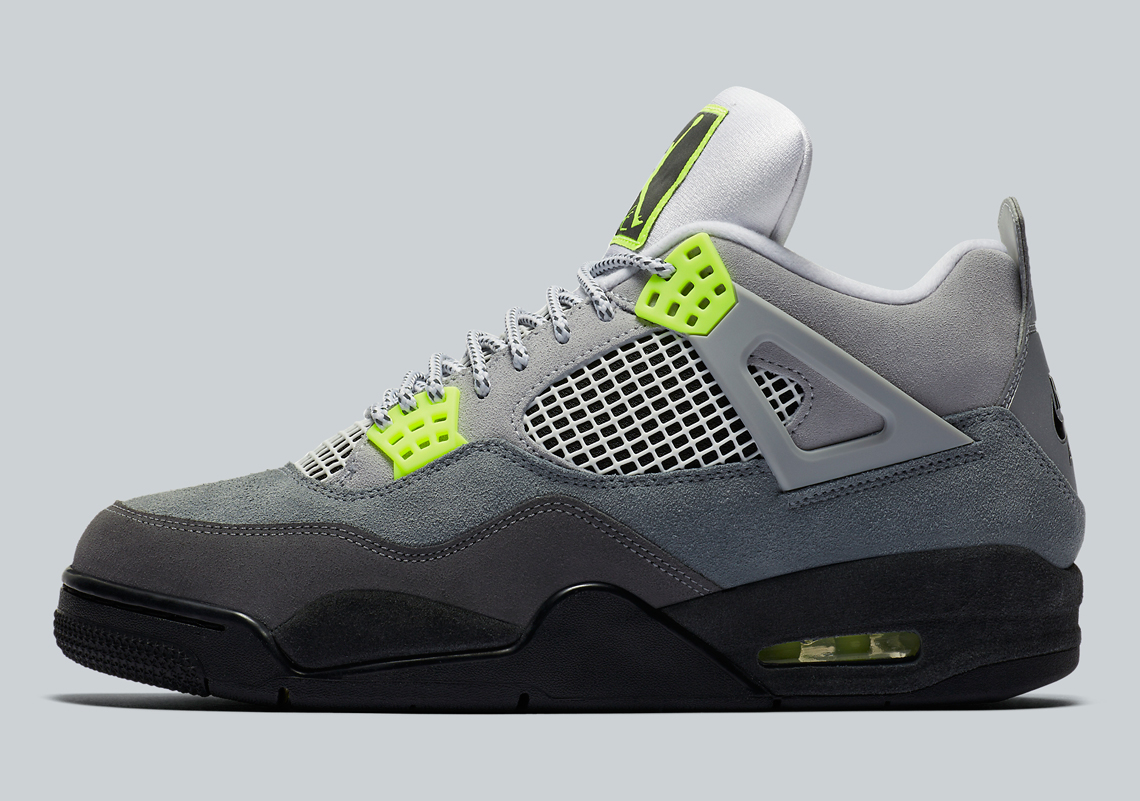 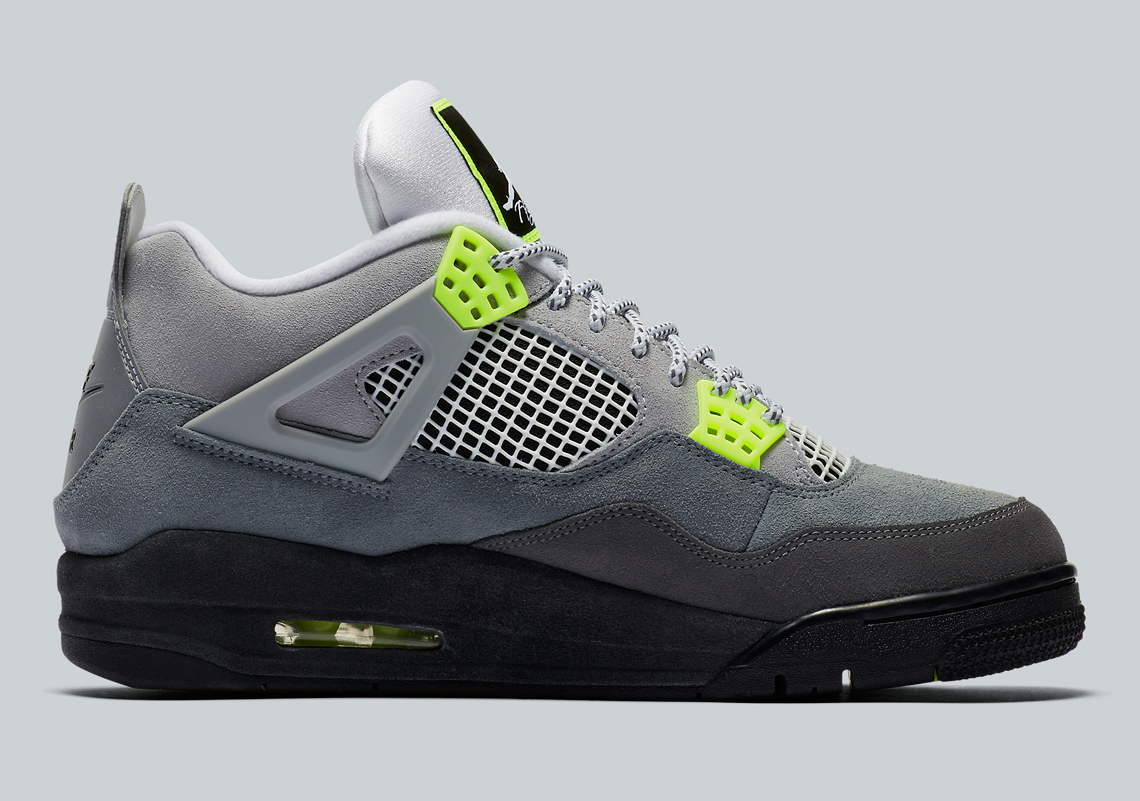 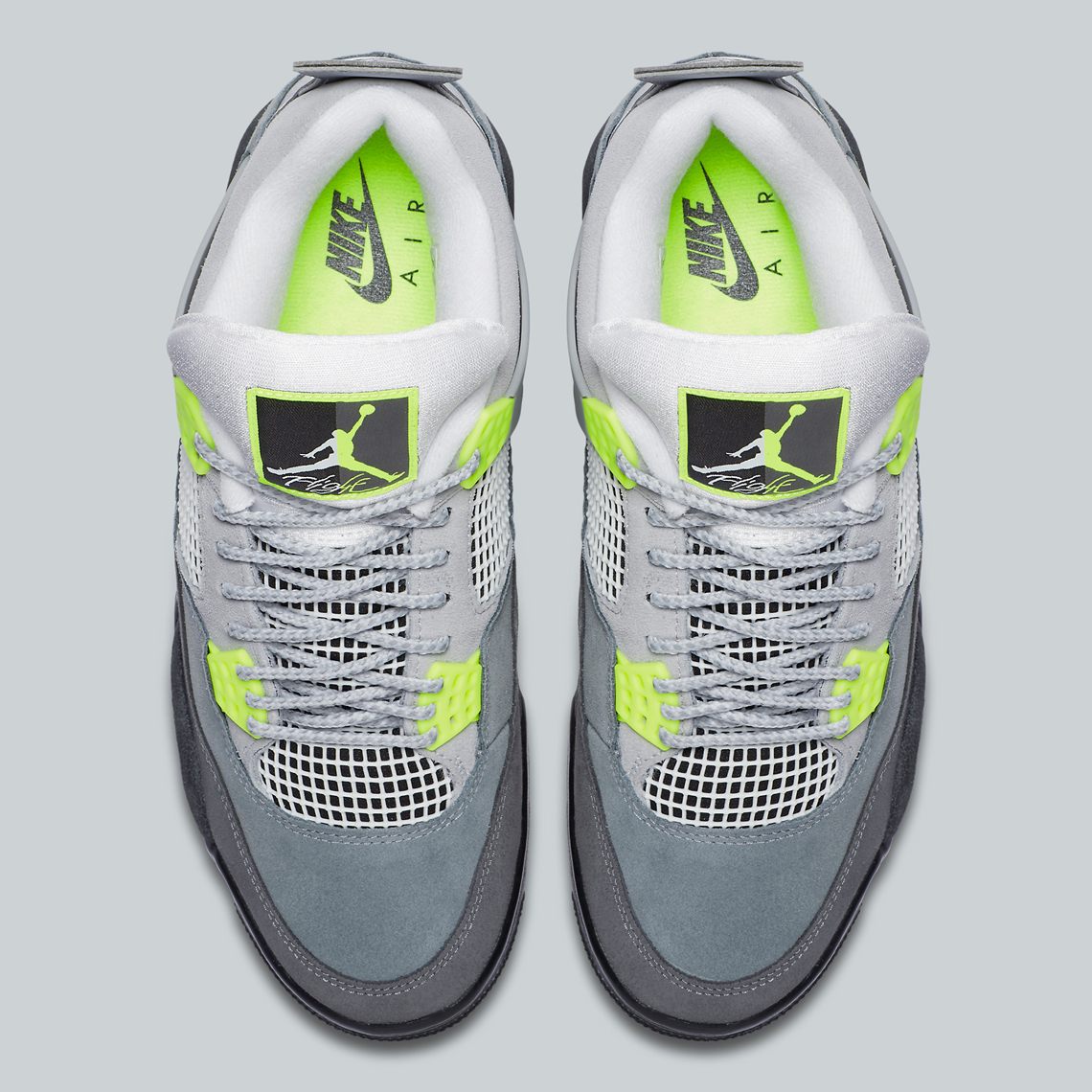 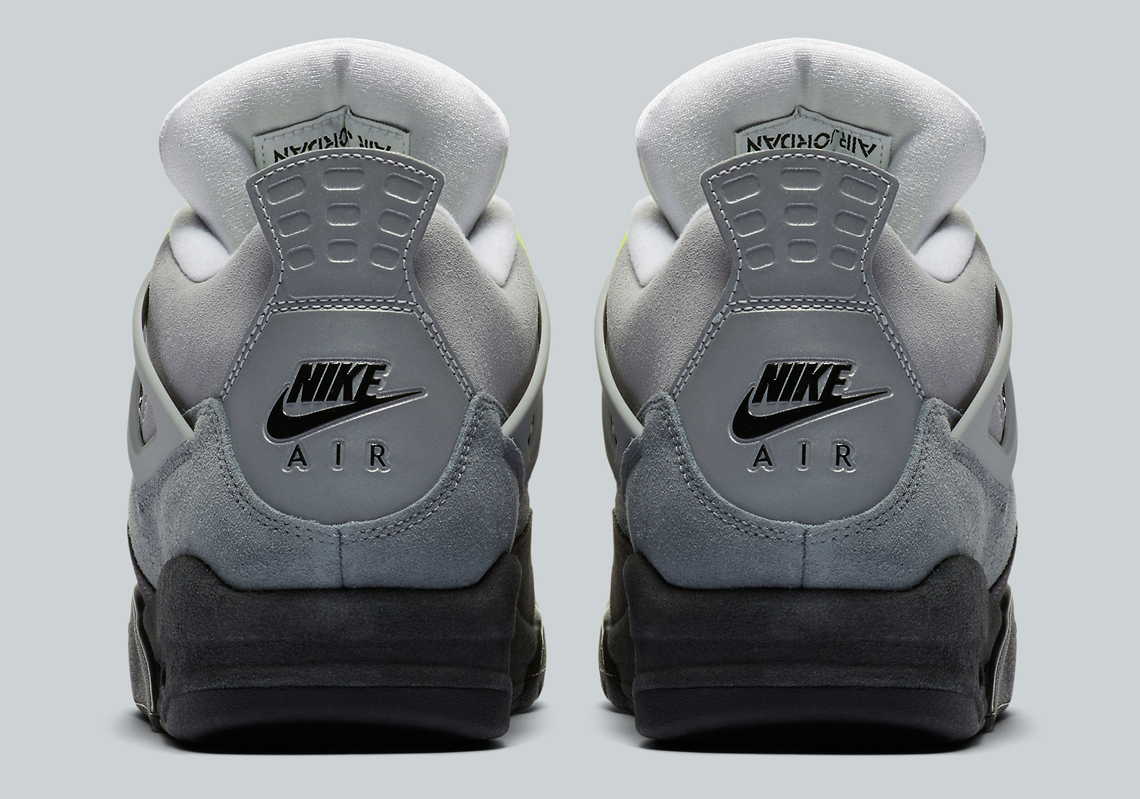 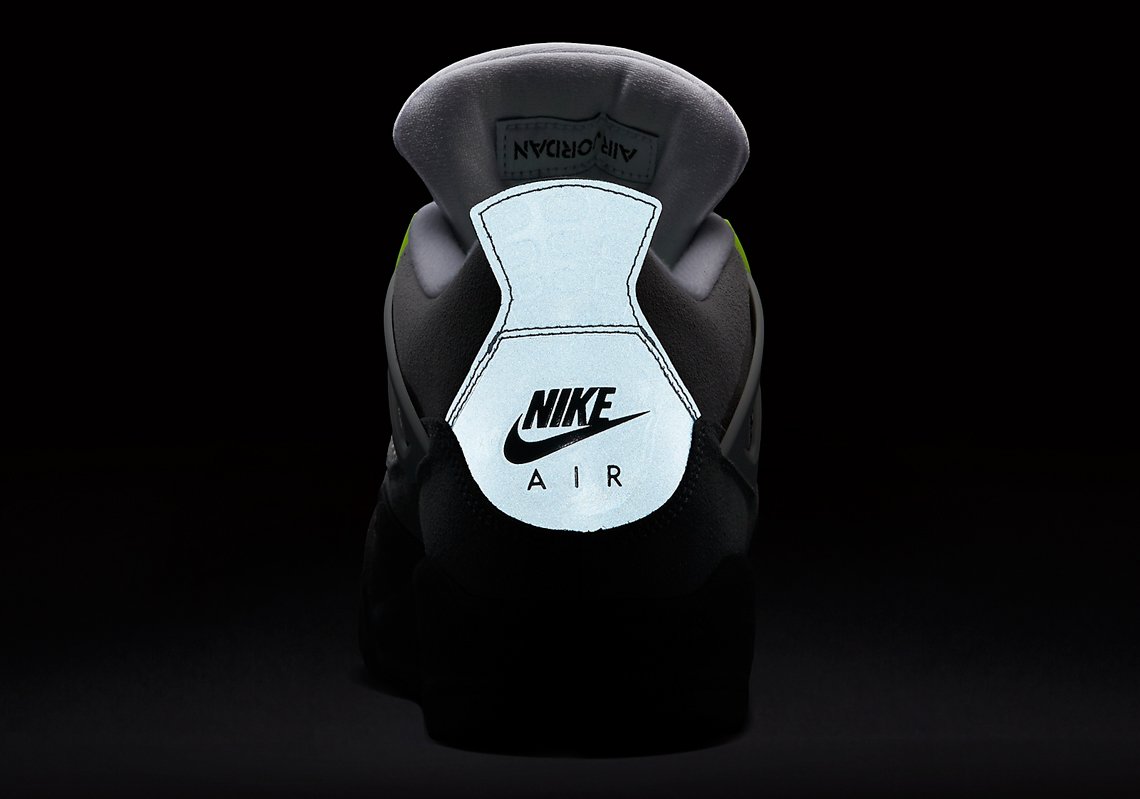 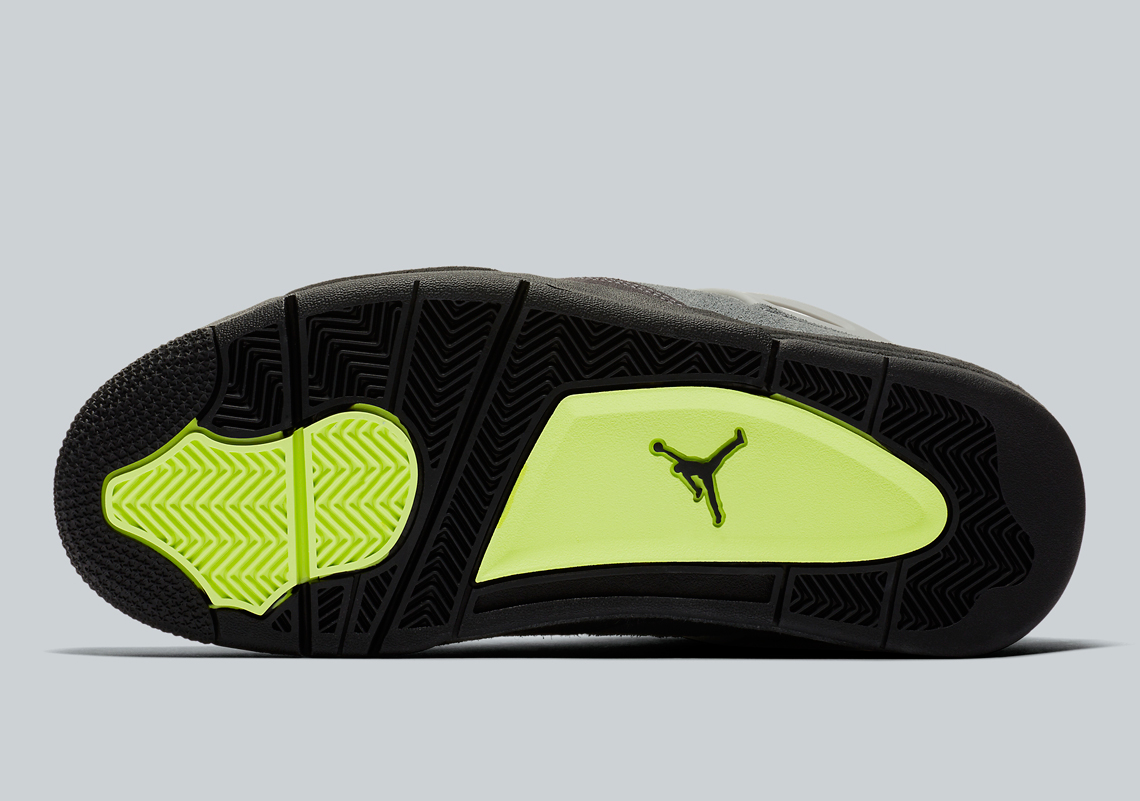