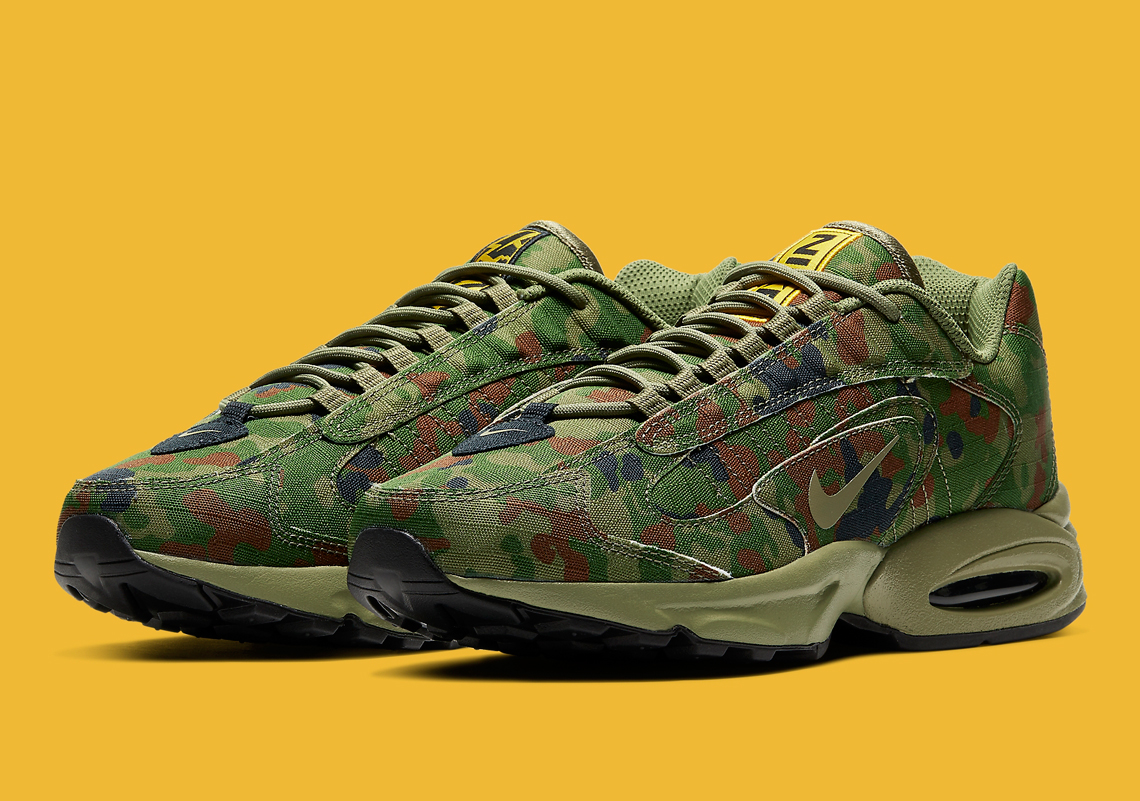 With looming releases of the SB Dunk Low Safari and Air Max 90 Reverse Duck Camo, Nike has turned to the Air Max Triax 96 for its next disguised option.

Since its return in December 2019, the 24-year-old Air Max model has mostly donned subtle, two-tone colorways. And while the Triax’s “Purple Nebula” and “Varsity Royal” palettes have proffered of-the-era flair, they pale in comparison to the boldness of the silhouette’s latest ensemble. “Thermal Green/Light Chocolate/Black” blots cover every inch of this pair’s uppers, which are constructed of an on-theme, ripstop nylon. The drab color scheme carries over onto bottom-halves, but makes detours on the tongue and heel: The former features vivid yellow, flight jacket-like labels, while the latter animates its reflective details in either green or red.

No official stateside Nike.com release has yet been confirmed, but pairs of the Air Max Triax 96 “Safari” are dropping at select European retailers on March 19th for $150 USD. 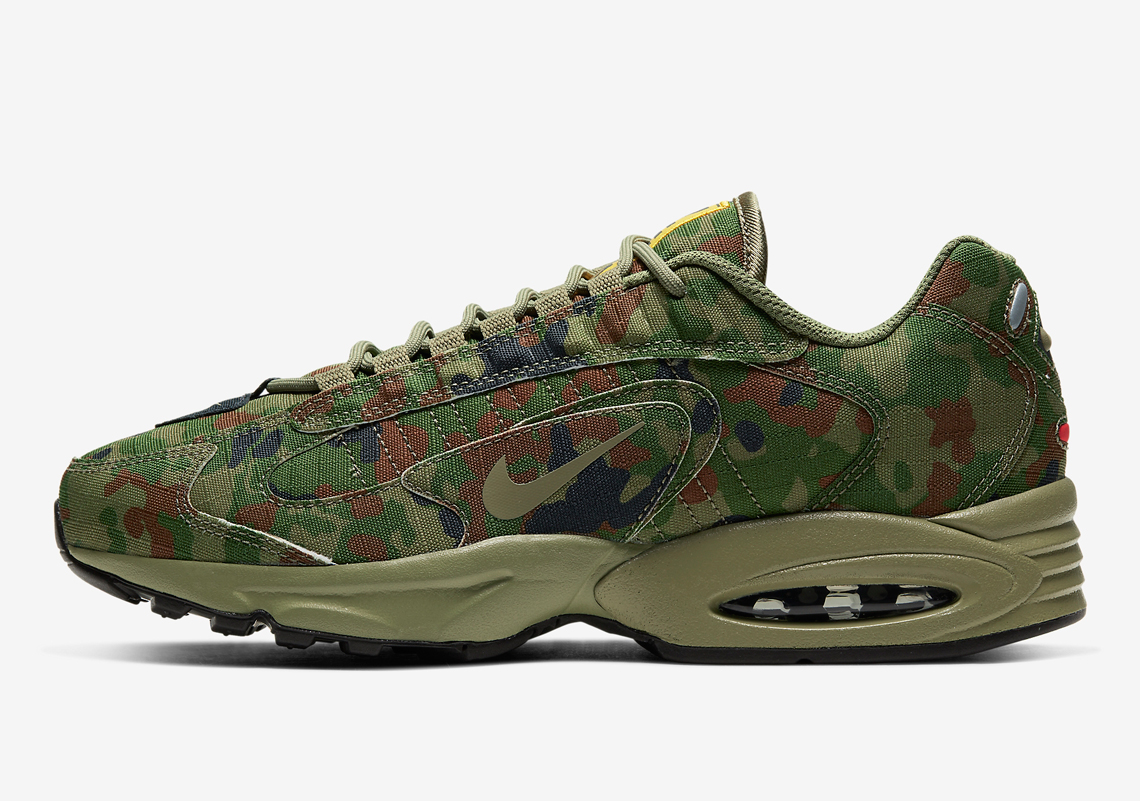 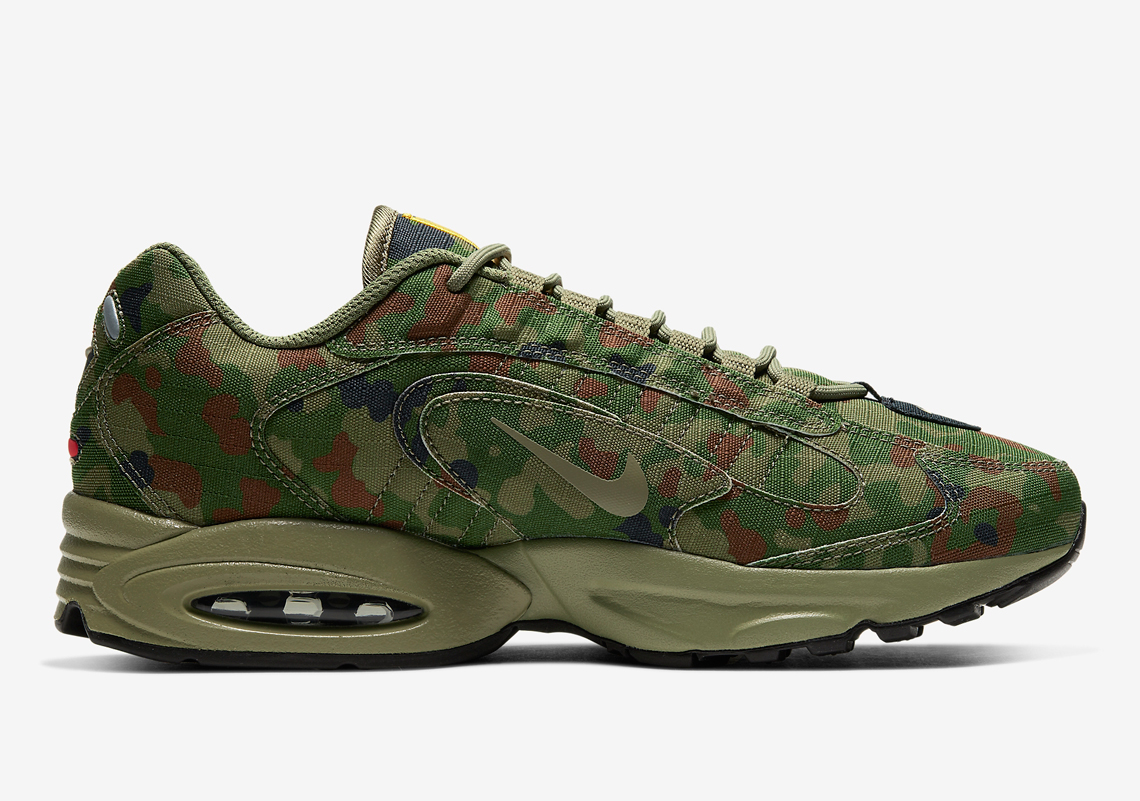 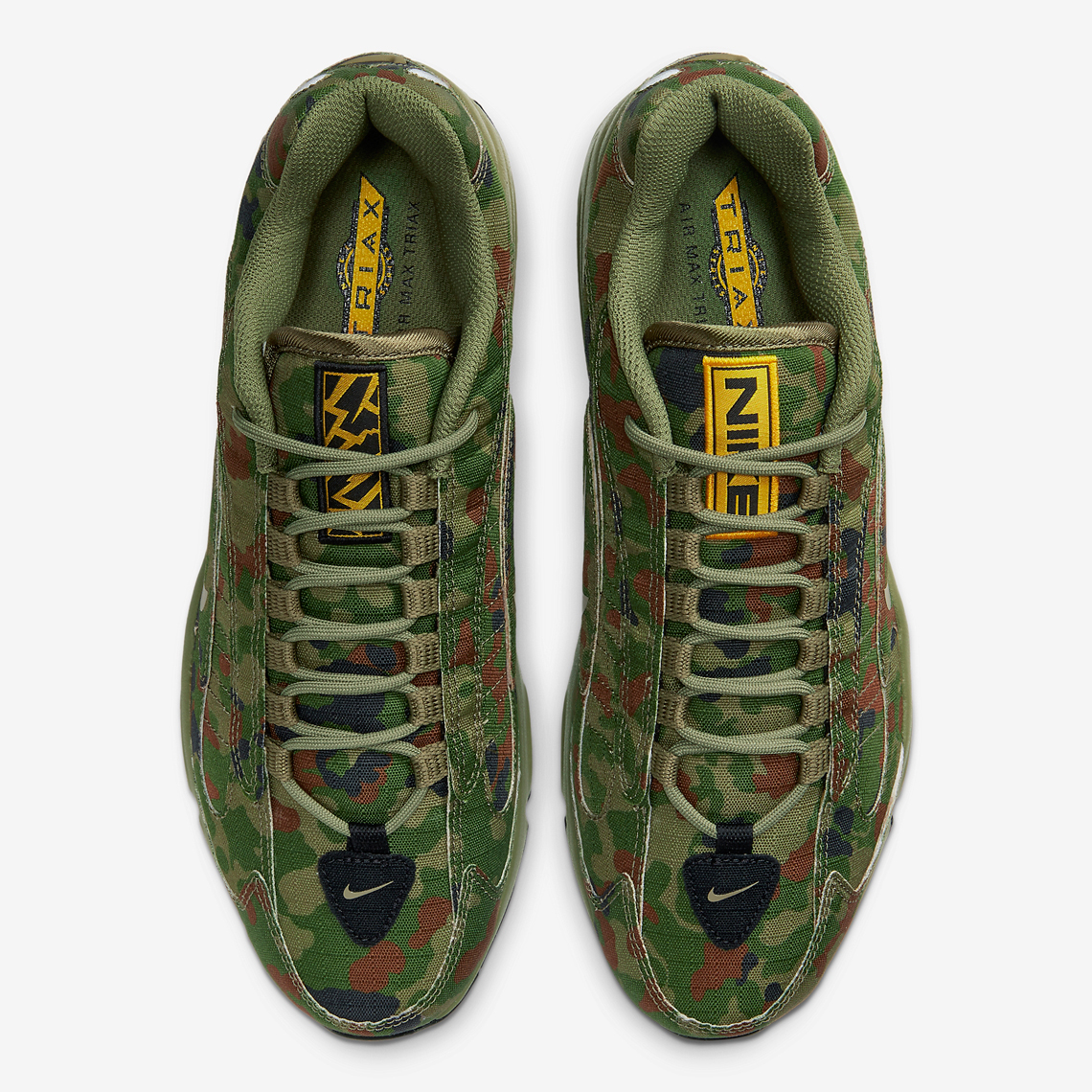 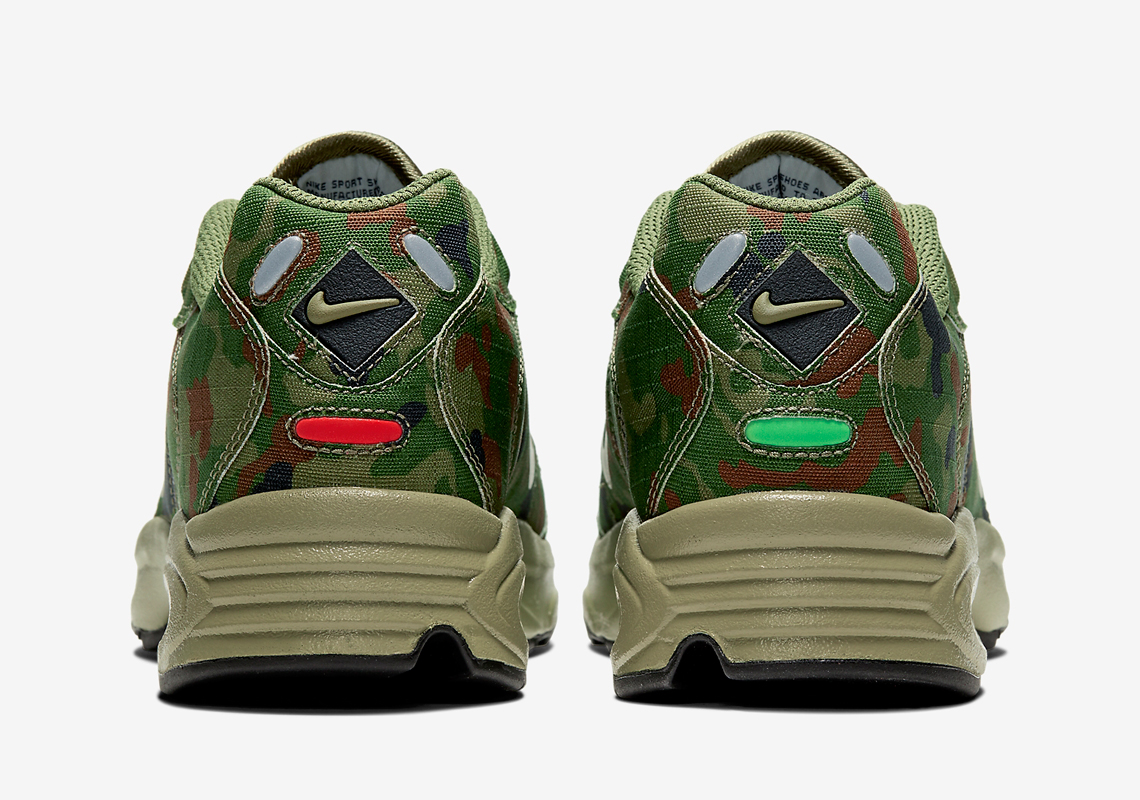 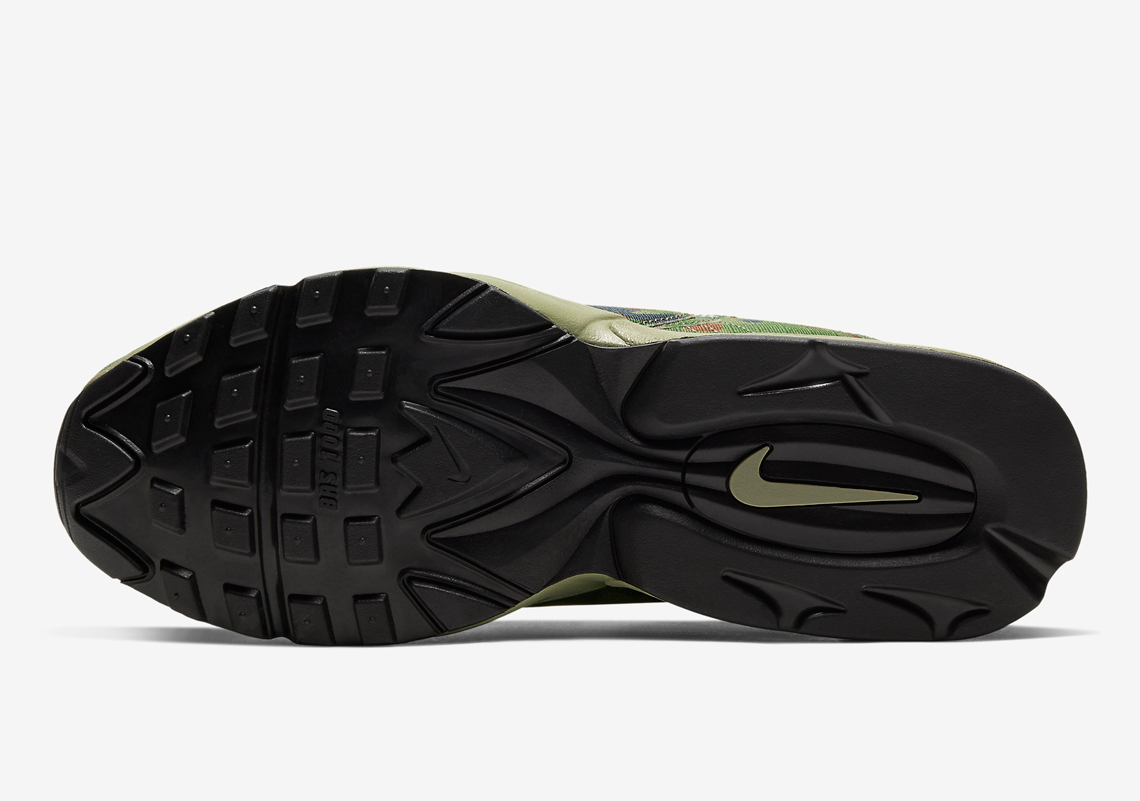