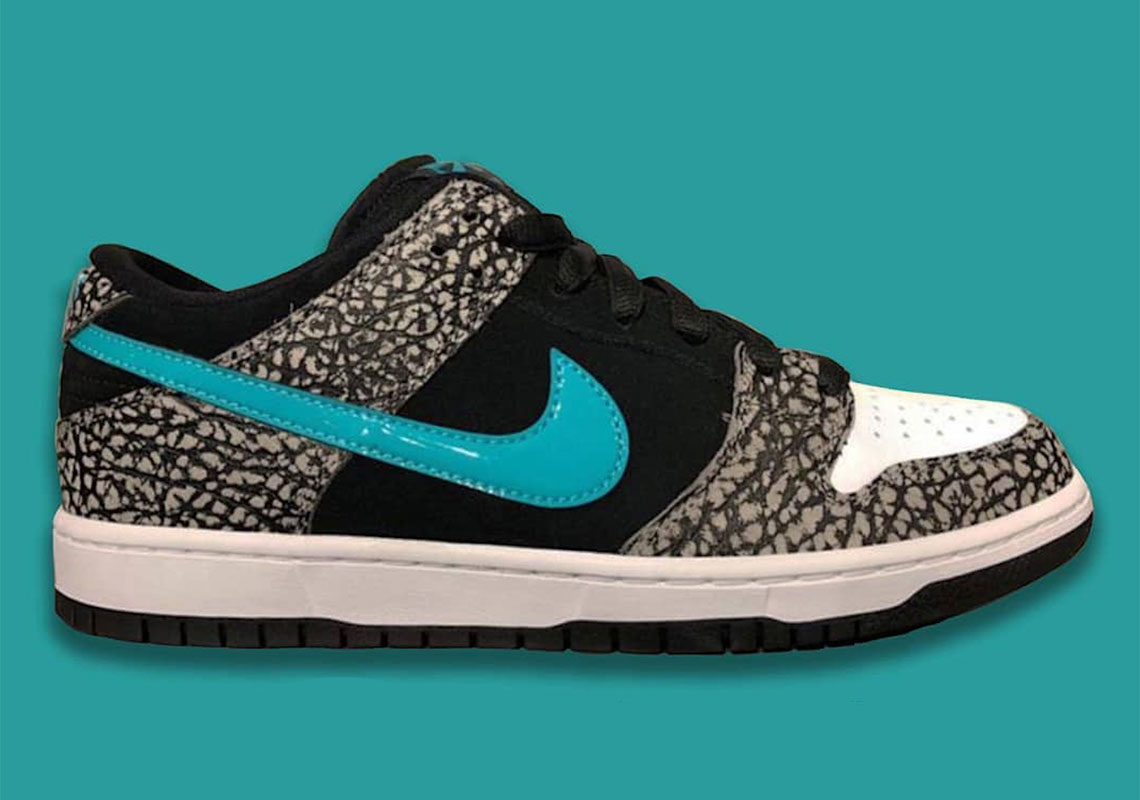 It seems as though the Swoosh’s design team has spent much of their time walking down Memory Lane lately as some of their modernized models including the Nike SB Dunk and Nike Air Max 90 have been showing out in nostalgic costumes. Most noticeably relative to their previous projects with Japanese streetwear imprint atmos, the recent renditions have called back to popular “Safari” and “Duck Camo” thematics, and it seems as though this retro concept is being integrated for another round. Harking back to the Air Max 1 “atmos Elephant” that originally released in 2007 (and later retroed in 2017), this next Nike SB Dunk Low rendition translates its ever-popular look with precision. Bases start off with a stark black, and couple its body with cement-printed overlays and Swooshes hued in its patent leather jade hue. See a first look here, and expect these to drop sometime in November 2020.

In other news, check out a closer look at the forthcoming  Blue Fury SB Dunks. 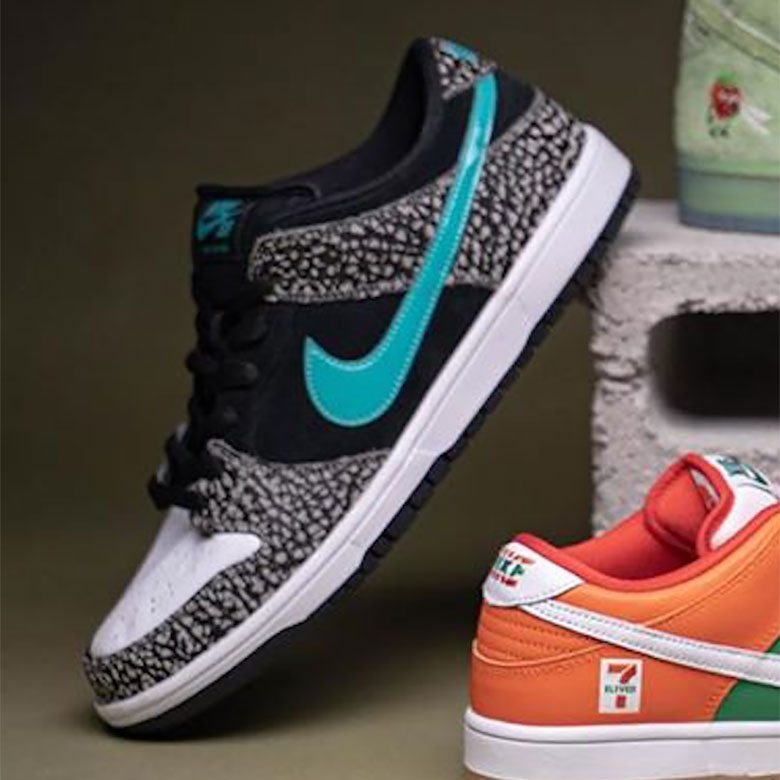