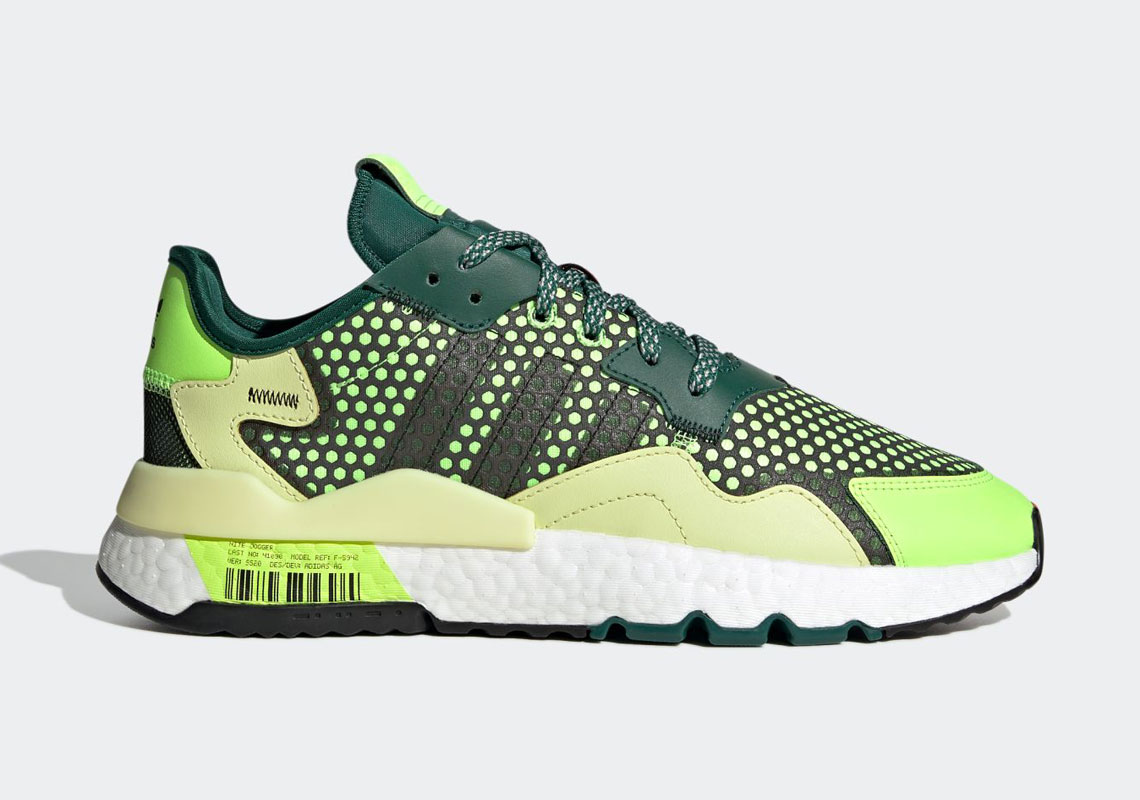 Although months removed from its IVY PARK collaboration, the adidas Nite Jogger continues to emerge in impressive arrangements with other partners. Case in point: This 3M-branded, high-visibility colorway.

Clad in a less of a tonal composition than previous joint-efforts, uppers on this Nite Jogger feature a “Core Black/Signal Green/College Green” palette. The least vibrant hue takes over lateral 3-Stripes, as well as enlarged “3M” branding on the medial side. Furthermore, “Core Black” peeks over from underneath the bevy of fluorescent greens and yellows throughout the forefoot, midfoot and heel in a polka-dot-like arrangement. Faint yellow rear structures also nod to adidas‘ partnership with 3M, which supplies the reflective accents that make this silhouette the shoe “night time creators.” Elsewhere, a “Signal Green” barcode graphic and “Core White” Boost midsole/”Core Black” tread combination complete the pair.

Take a closer look at this Nite Jogger here below while you await to secure yours on adidas.com in the coming weeks.

For more from under The Three Stripes umbrella, another Yeezy 500 High arrives on May 16th. 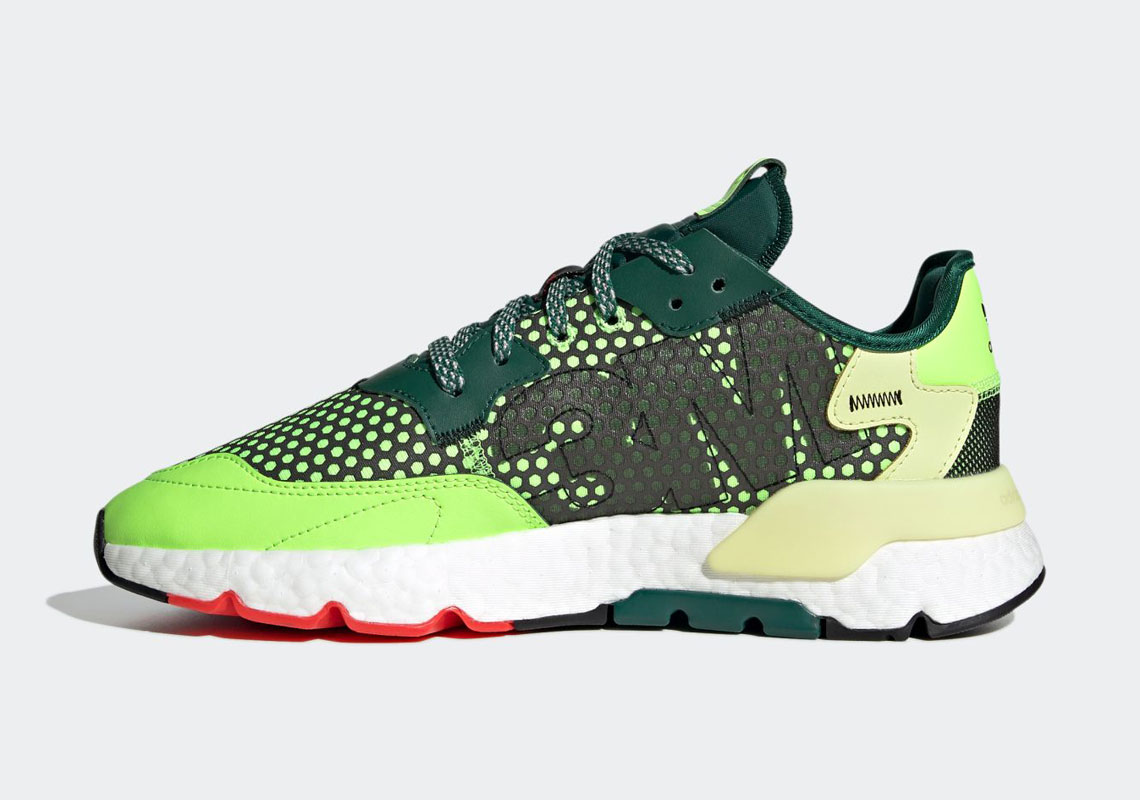 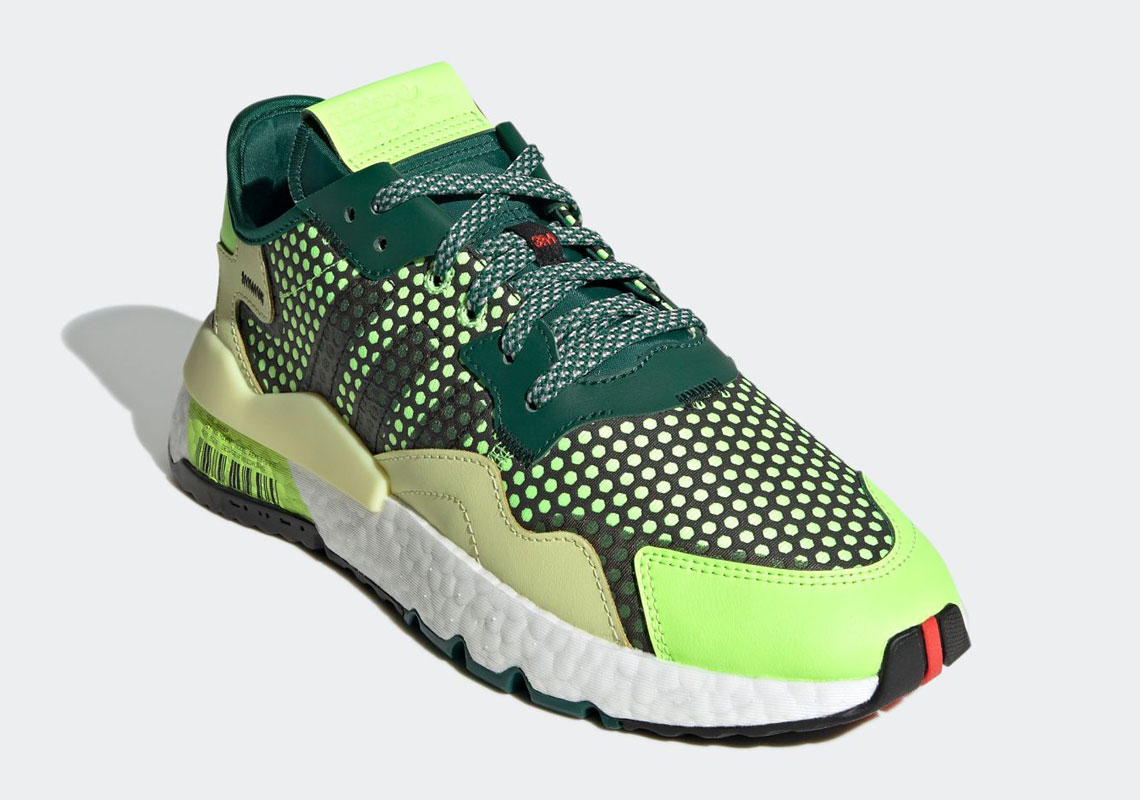 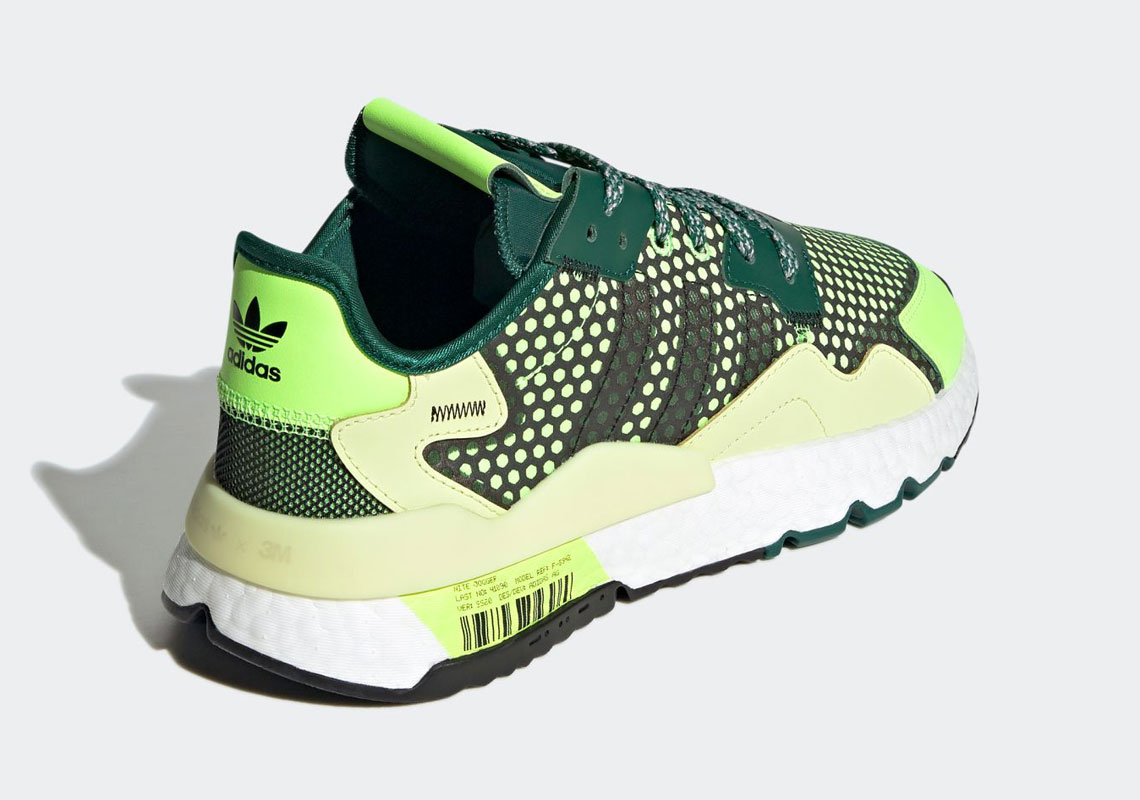 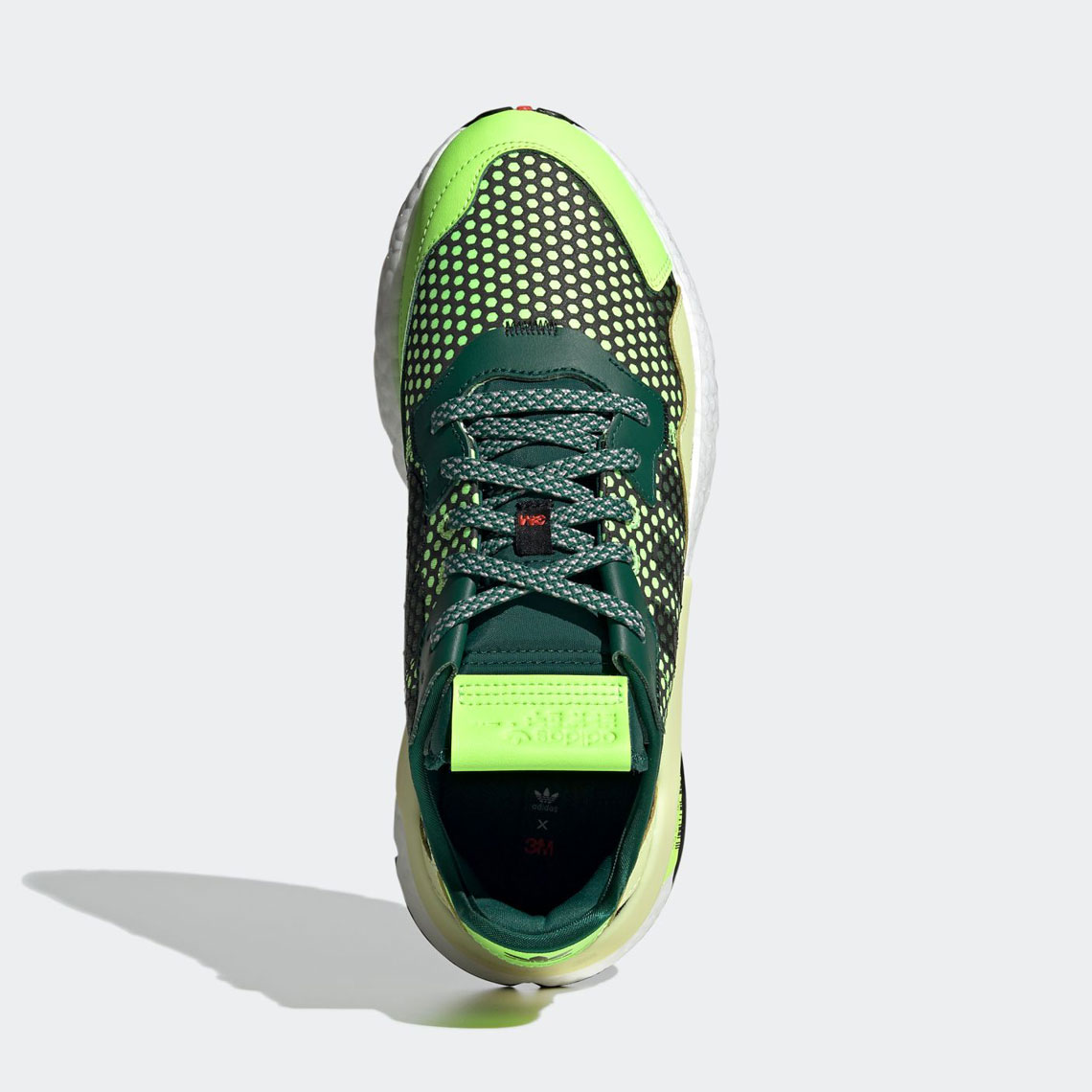 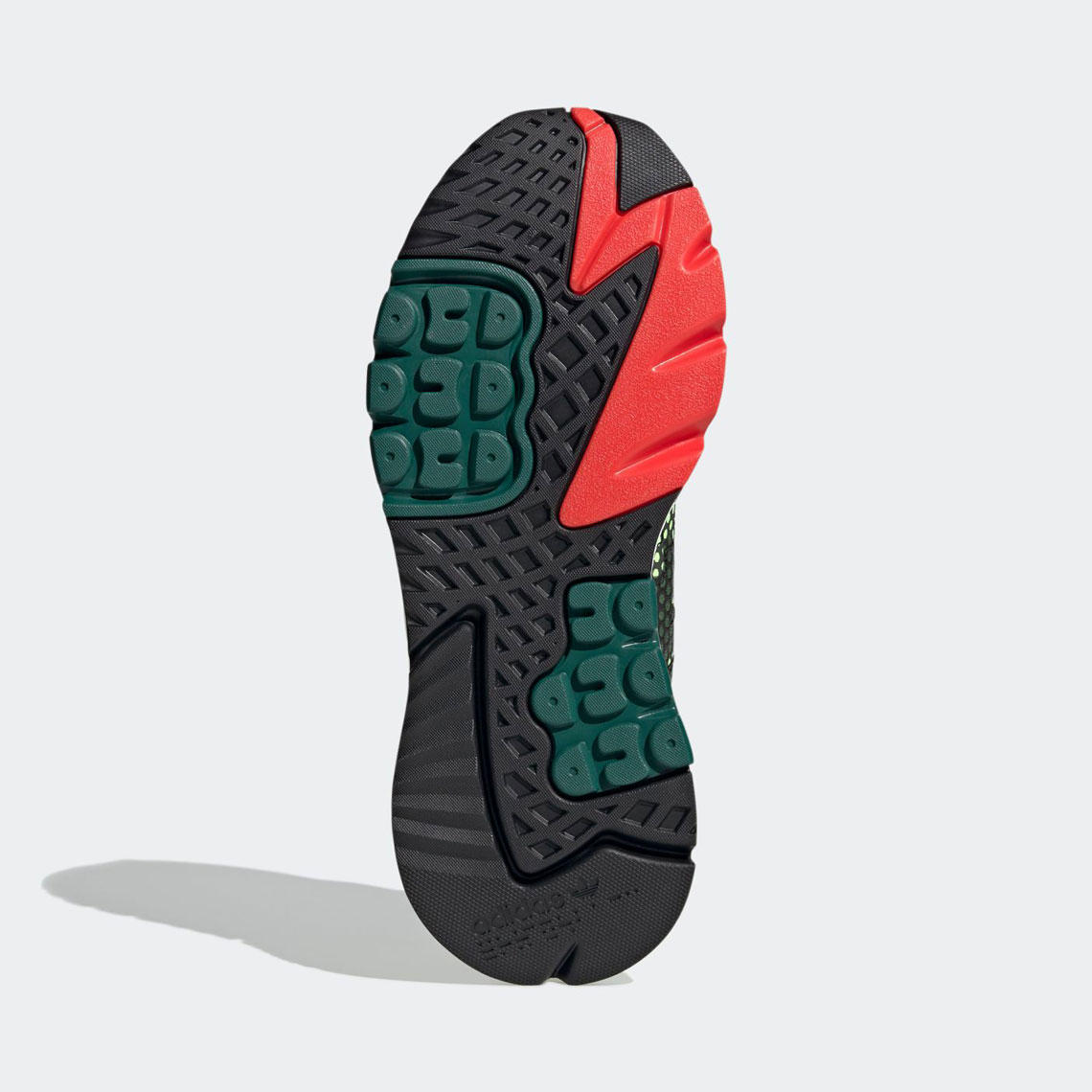