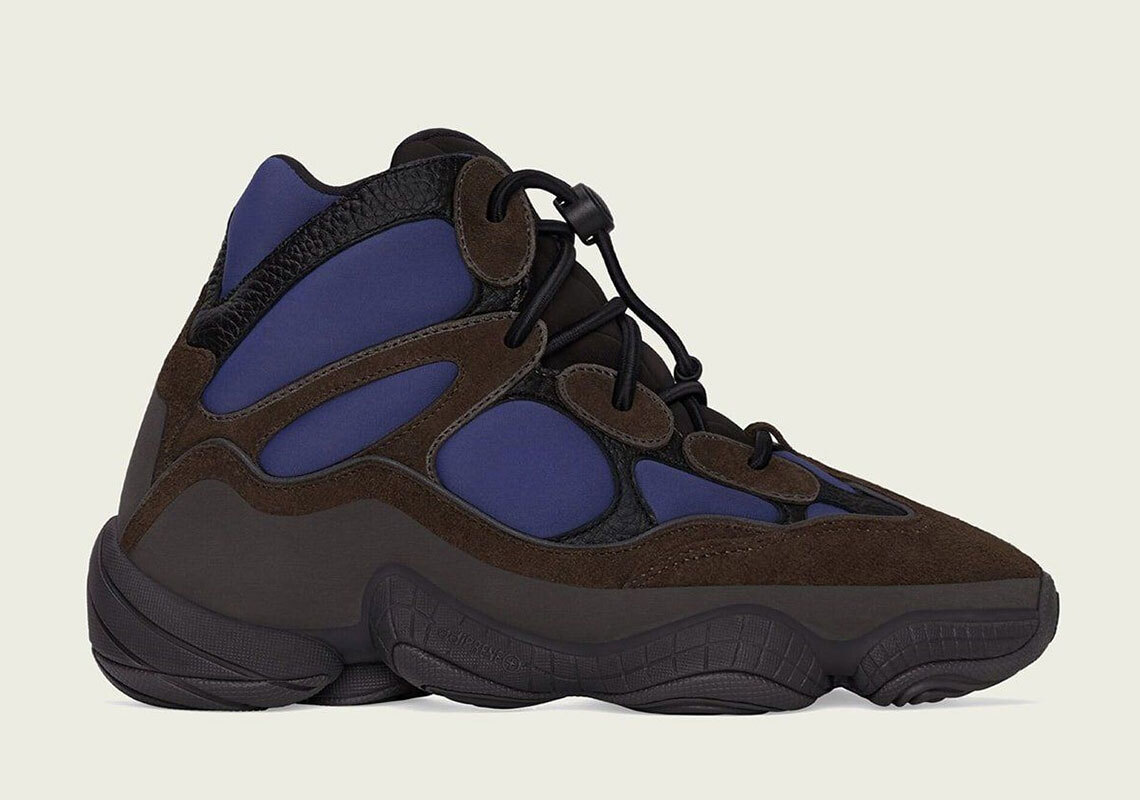 The adidas Yeezy 500 High has been non-existent from Kanye West‘s $1.3 billion sub label since its “Slate” debut in December, but it’s recently emerged in a brown, black and purple colorway set to launch on May 16th.

Currently dubbed “Tyrian,” the forthcoming high-top Yeezy 500 sets the stage for its nickname’s-sake hue with an arrangement strikingly similar to the Yeezy Desert Boot Oil from mid-2019. Tongue, laces and tumbled leather underlays join adiPRENE tooling underfoot in its dark color palette. Neoprene-like bases bulge out at the profiles and boast a purplish hue akin to Tyrian dye believed to have been used by the ancient Phoenicians more than 4,500 years ago.

The Yeezy 500 High “Tyrian” launches on May 16th with a $220 USD price tag. Keep it locked here for official images and updated store lists as more information becomes available. And bookmark our Yeezy Release Dates 2020 page for more from Mr. West. 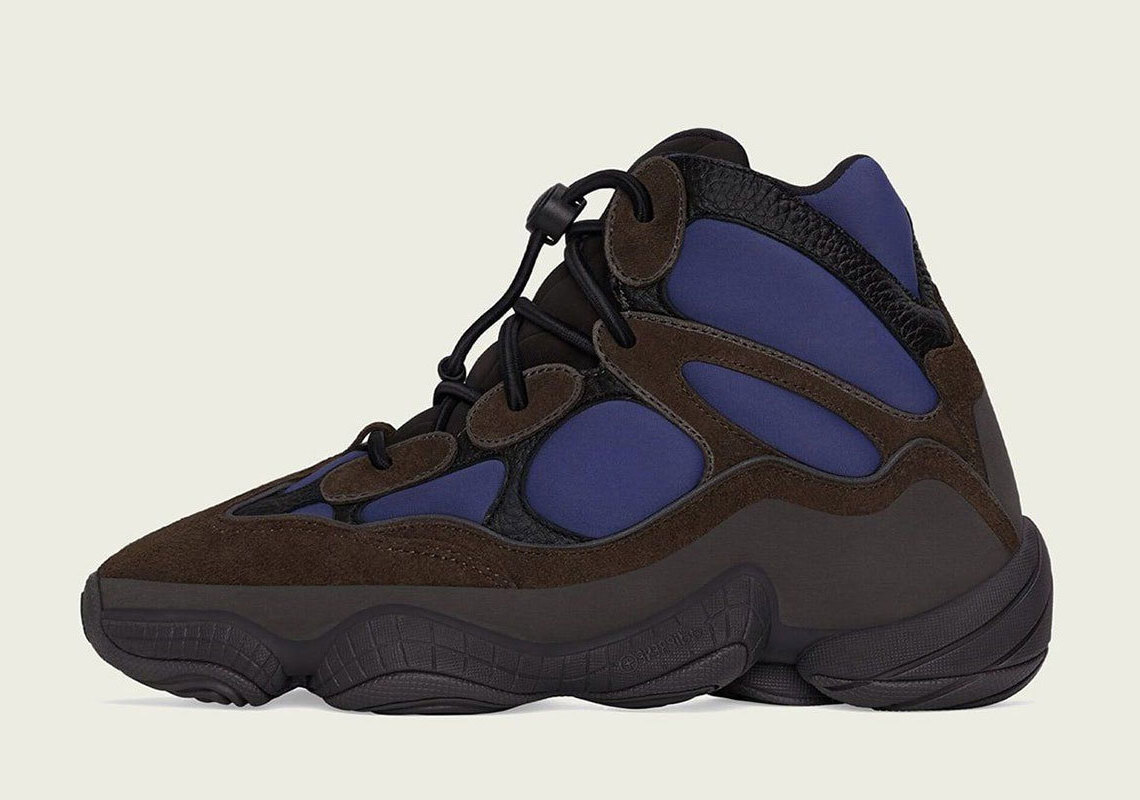