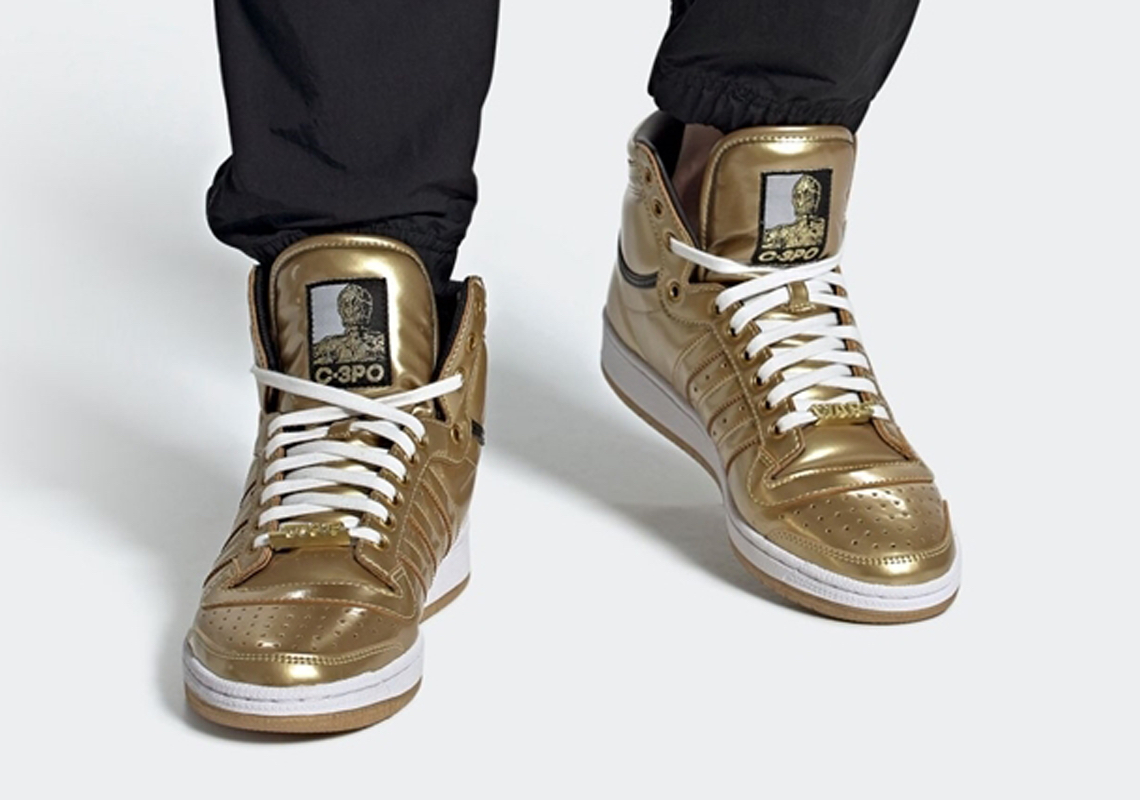 Star Wars and adidas continue their longtime partnership ahead of The Empire Strikes Back’s 40th Anniversary with a golden Top Ten Hi inspired by C-3PO.

Set to launch alongside an Ultra Boost and NMD R1 inspired by Yoda and Stormtroopers, respectively, the shimmering Top Ten is the most faithful nod to the Star Wars universe of the bunch. Everything from perforated toe boxes to padded ankle panels are clad in “Gold Metallic.” Collars, text, and stitching at the rear, just as laces, interrupt the precious arrangement in either “Core Black” or “Cloud White” with both hues appearing on the C-3PO graphic on the tongue. Hardware also receives the golden treatment, most notable on the right and left shoes’ respective “STAR” and “WARS” lace dubraes. Underfoot, the droid’s contribution to The Three Stripes’ upcoming Star Wars collection revels in a white midsole/light gum brown outsole combination.

Full release details for the Top Ten Hi “C-3PO” are still unknown, but pairs are likely to arrive at adidas.com soon. For now, enjoy a closer look at the golden shoes here below.

Elsewhere, a first-look at the Yeezy Abez has surfaced. 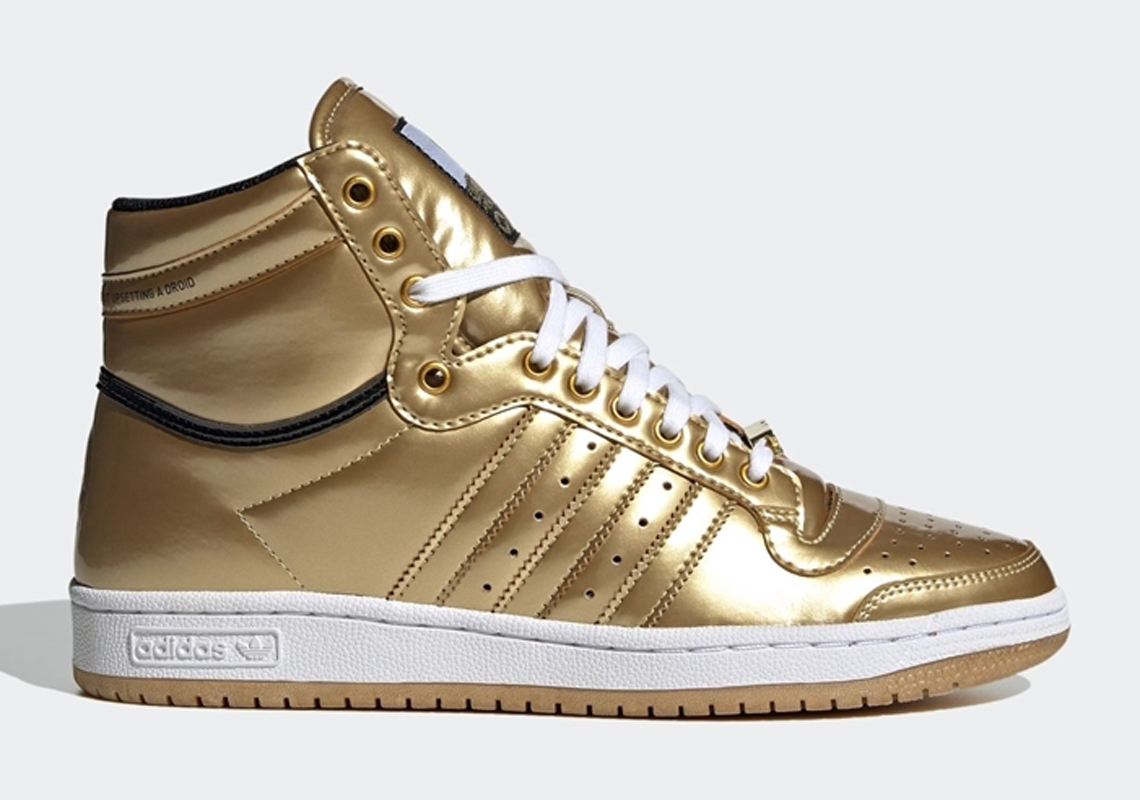 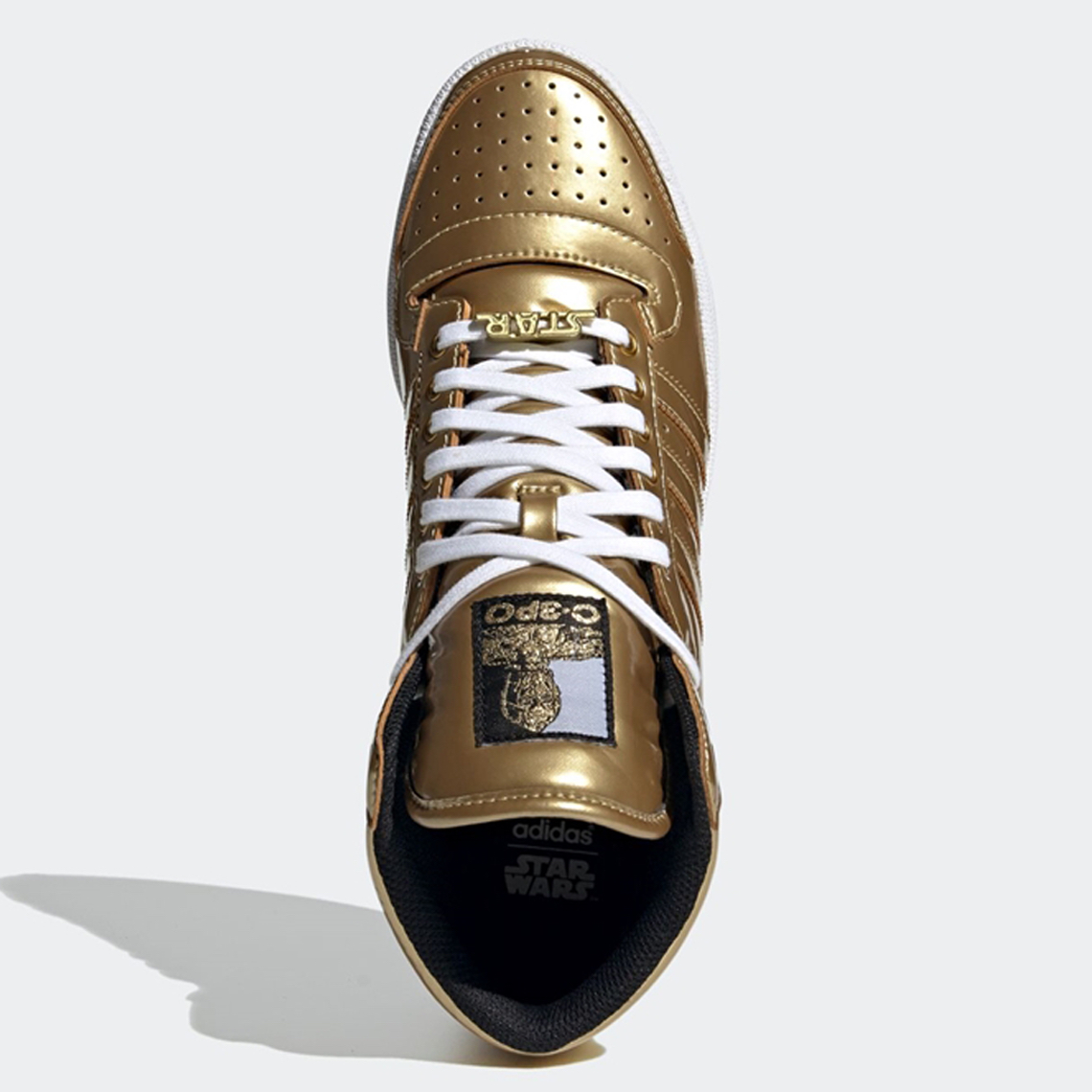 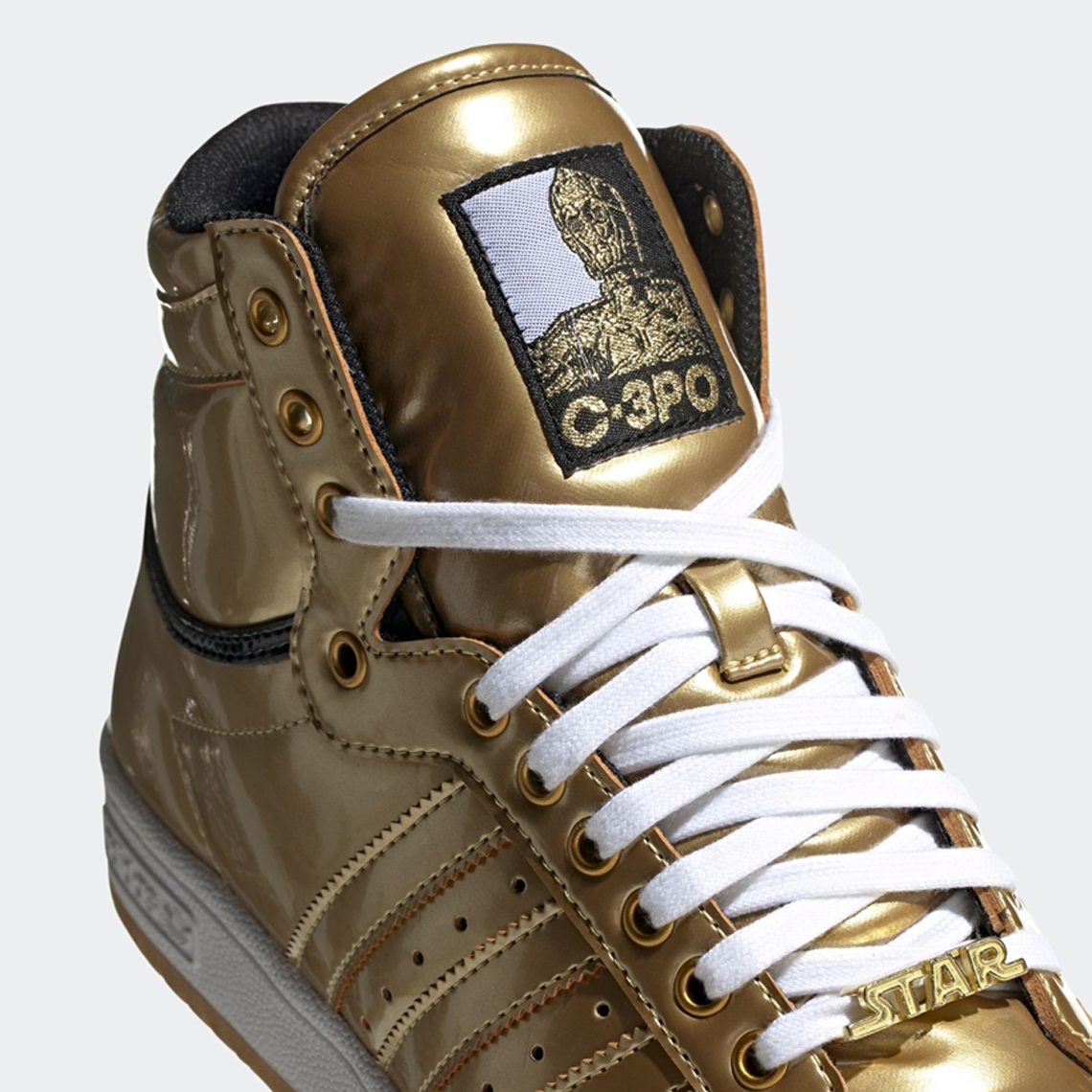