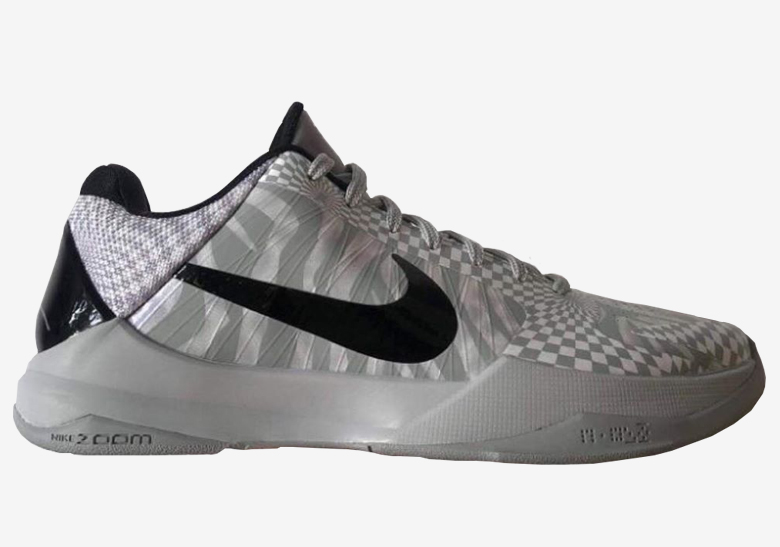 Among this year’s tragedies, Kobe’s passing will be felt for many generations to come — the legendary athlete an indomitable figure in the world of the NBA. And while he won’t be around to witness it, fans as well as his closest peers will keep his spirit alive in any way possible. Nike, though still unsure of how to move forward with signature product, seems to be opening up to the idea of fleshing out the Black Mamba’s newly releases Kobe 5 Protro, ushering in both “Bruce Lee” reprisals as well as what looks to be quite a few more general releases.

The first, which leads people to assume an UNDEFEATED connection, hints dark green at the majority of the synthetic upper and midsole walls, while bright white taping accents from the toe cap up to the topmost eyelet. Mesh counters outfit behind, shrouding the ends of the swoosh whose outline mirrors luxury with gold metallic. Neon pinks and equally fluorescent yellows sit much more subtle along the top line, contrasting that of the adjacent pair’s more monochromatic leaning. Greys as well as dark, glossy blacks seem to dress the upper throughout — the latter only along the check, heel, and lining. Moreover, various patterns of warped checkerboard as well as tiger stripes sublimate quietly from panel to panel.

Grab a quick look at both right here, and though it’s unsure if we’ll see a release, sit tight for more info and photos. 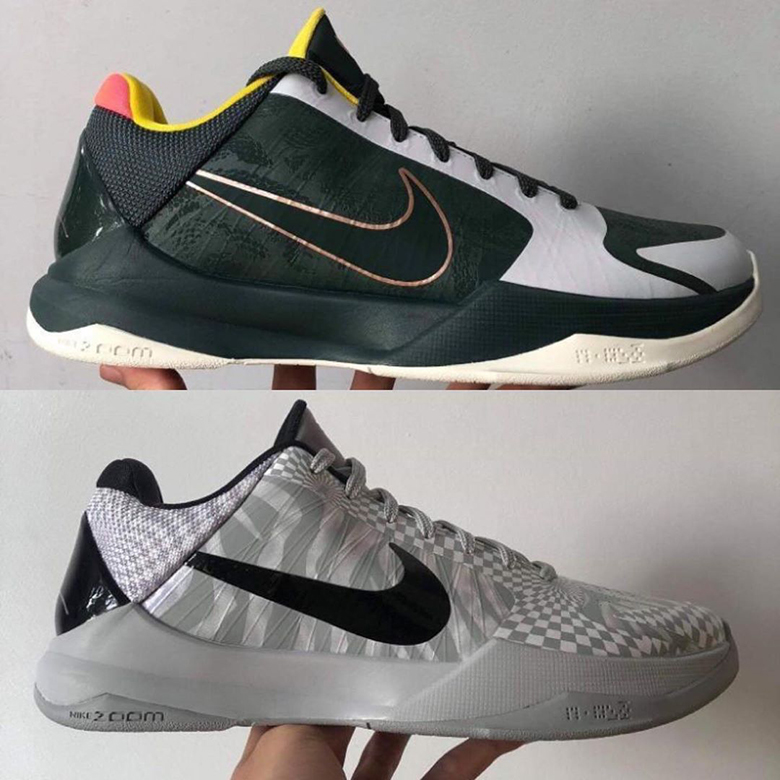