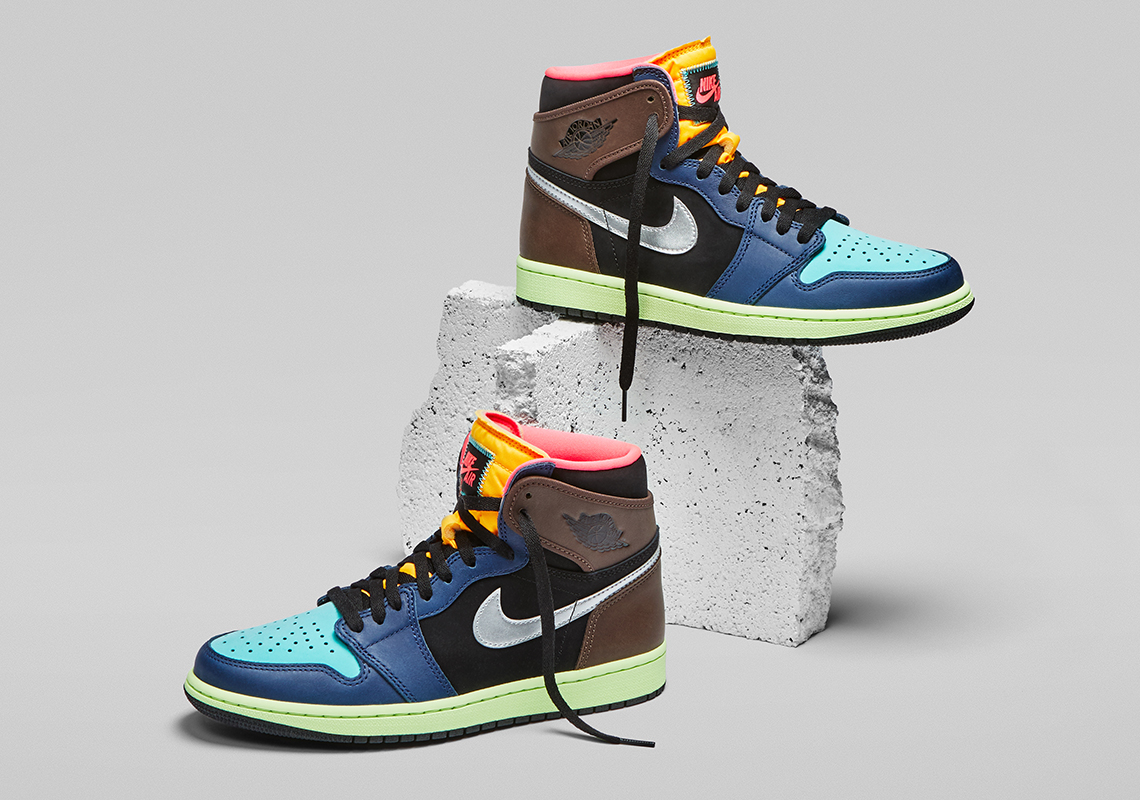 Instead of continuing to revive more OG colorways, Jordan Brand is headed into Fall 2020 with the mindset of enhancing several of their silhouettes with more modernized flair. Integrated into this lineup are four new offerings of the Air Jordan 1 High; one being this multi-colored rendition that is heavily influenced by the electricity and fast-paced environment of one of the globe’s most heralded destinations in Asia — Tokyo, Japan.

The essence of the Japanese city known for its vibrant street culture and neon lights found at nearly every street corner is translated via uppers that unify both neutral and loud hues. Midfoot/rear paneling alternate between black backdrops and mud brown overlays, while the throat ushers in a orange/yellow tongues that are complemented by way of navy blue overlays and aqua-colored toe boxes. Pink sock liners and neon green midsoles bring in more vivid elements that almost give these a sort of Travis Scott Jordan 1 meets Undefeated Dunk High feel. See more images here ahead, and expect these to drop exclusively on SNKRS later this Fall.

For other news, here’s a detailed look at the upcoming Kyrie S2 hybrid. 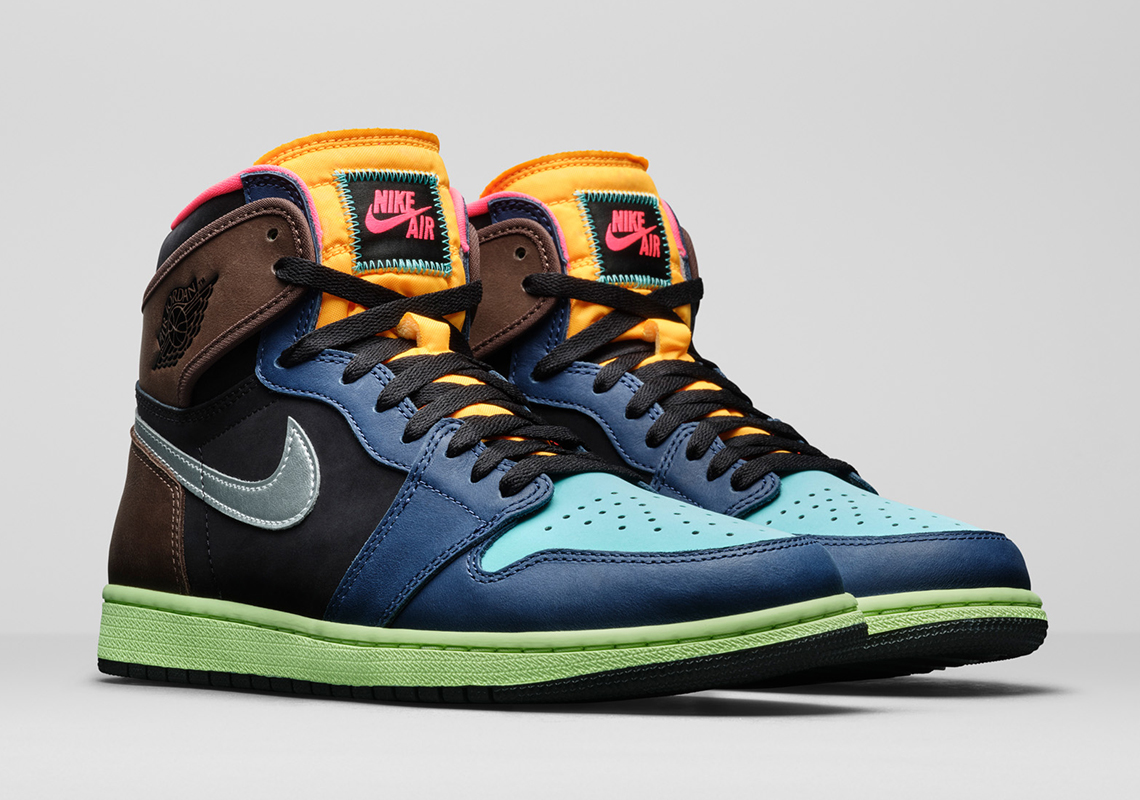 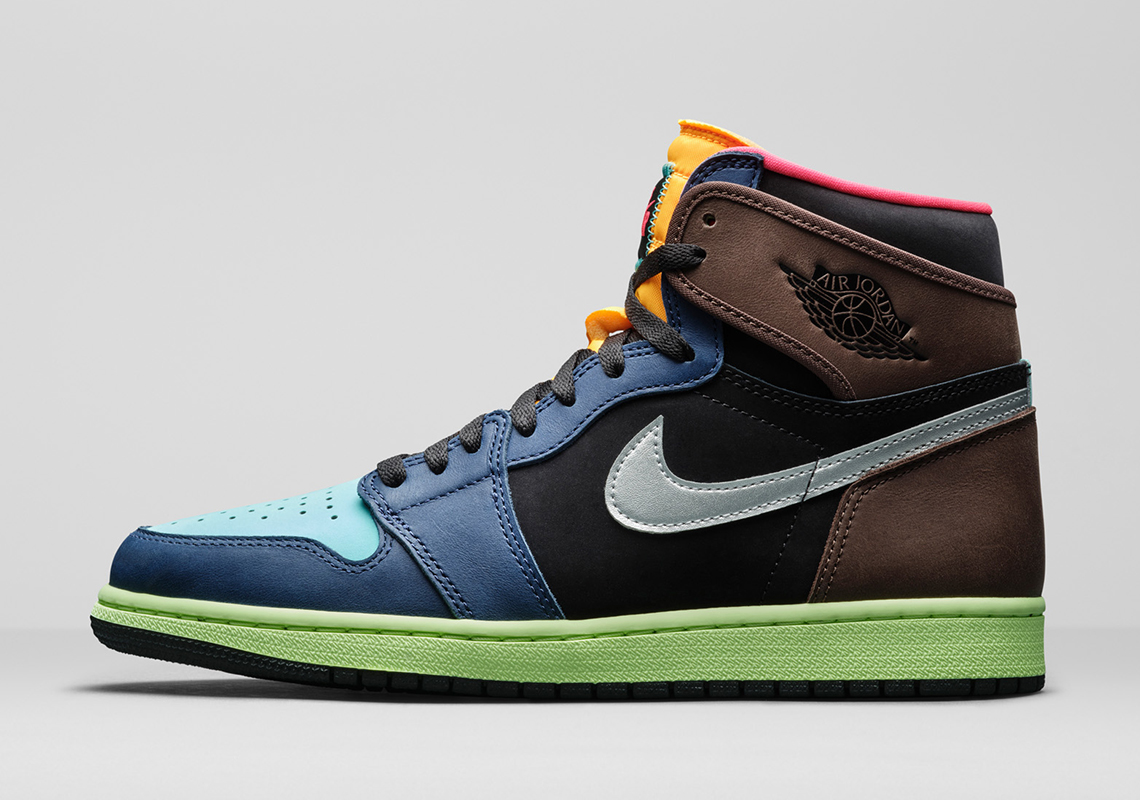