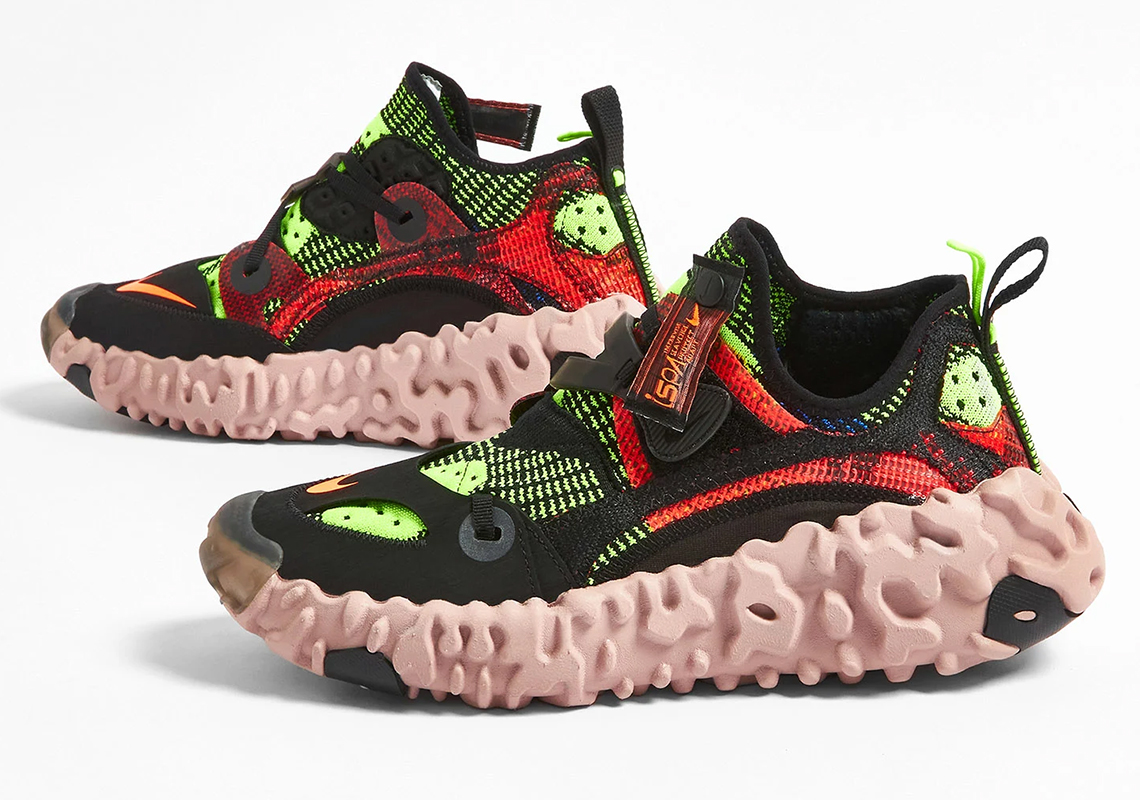 Where To Buy The Nike ISPA OverReact Flyknit In Crimson/Volt

Today, Nike ISPA — the Swoosh’s footwear and apparel division of conceptual lifestyle products — officially unveiled their forthcoming range of new sneaker silhouettes. One of the members included in the lineup is the Nike ISPA OverReact Flyknit, a model that is formed just in between that low-to-mid-profile height, and features aggressive constructional attributes. Sock-like knitted uppers usher in wayward patches of various alternating hues of the recycled scraps from which they were built with. Chunky outsoles which are supported by Nike’s plush React foam have been externally texturized with a rugged traction meant to impersonate canyon valley terrains viewed from an aerial point of view.

Set to make its debut next week, the silhouette is delivering a colorway that relies heavily on hues both neutral and neon. Bases are done up in a faded black tone, while interwoven hits are electrified with blasts of crimson and volt stitchings. Bottom pieces bring everything together with their trail-friendly light brown exteriors. Grab a detailed look at the pair here, and find these dropping via Nike.com and select retailers on July 9th for $180.

In case you were looking for other Nike lifestyle shoes available now, the Air Force 1 React Black just dropped. 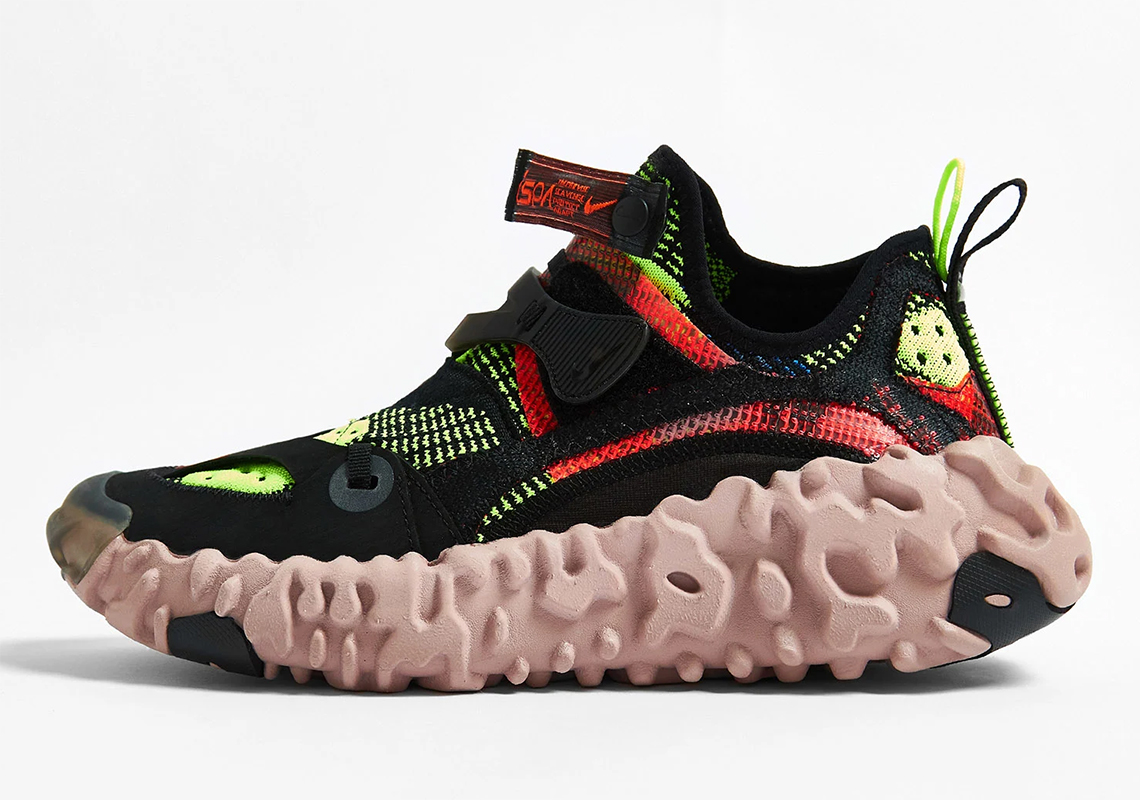 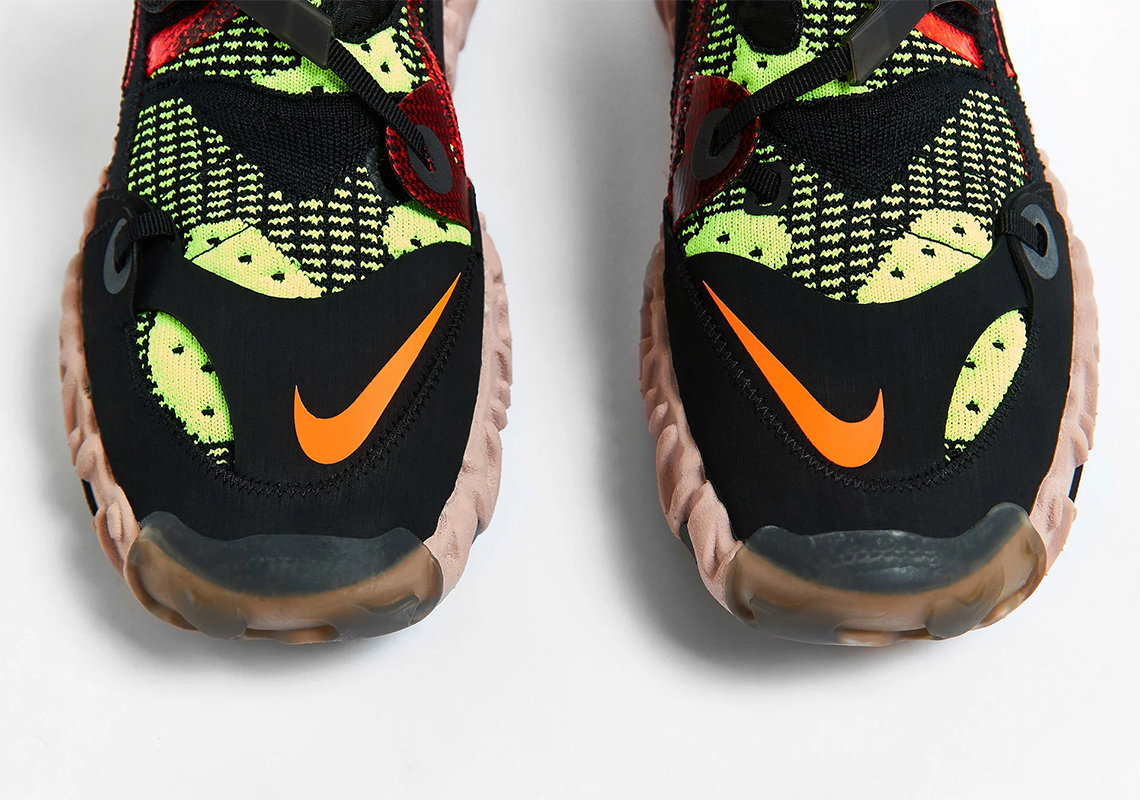 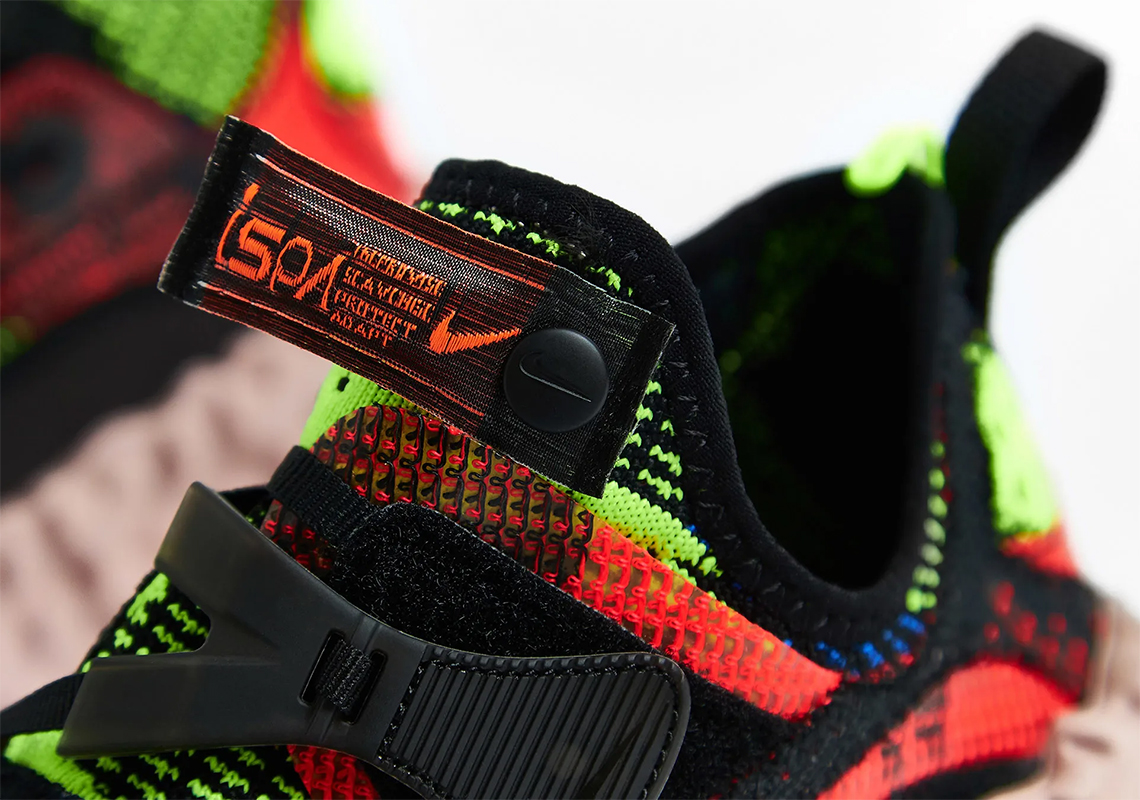 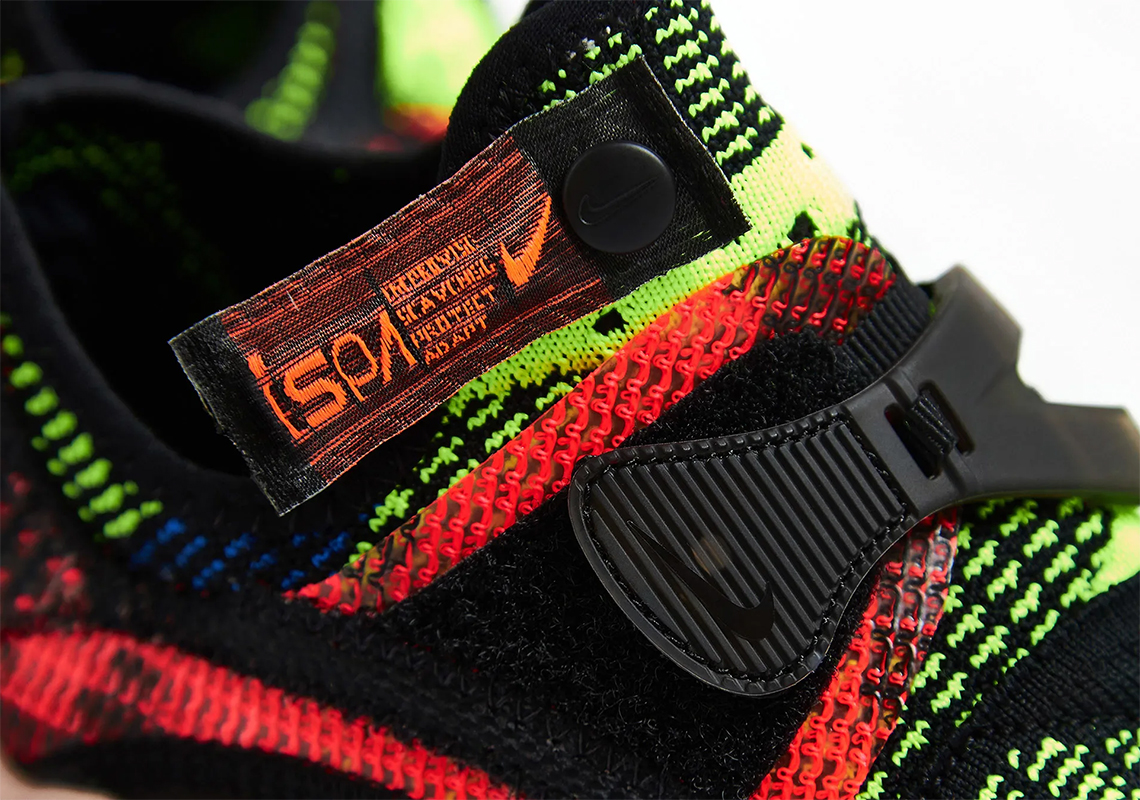