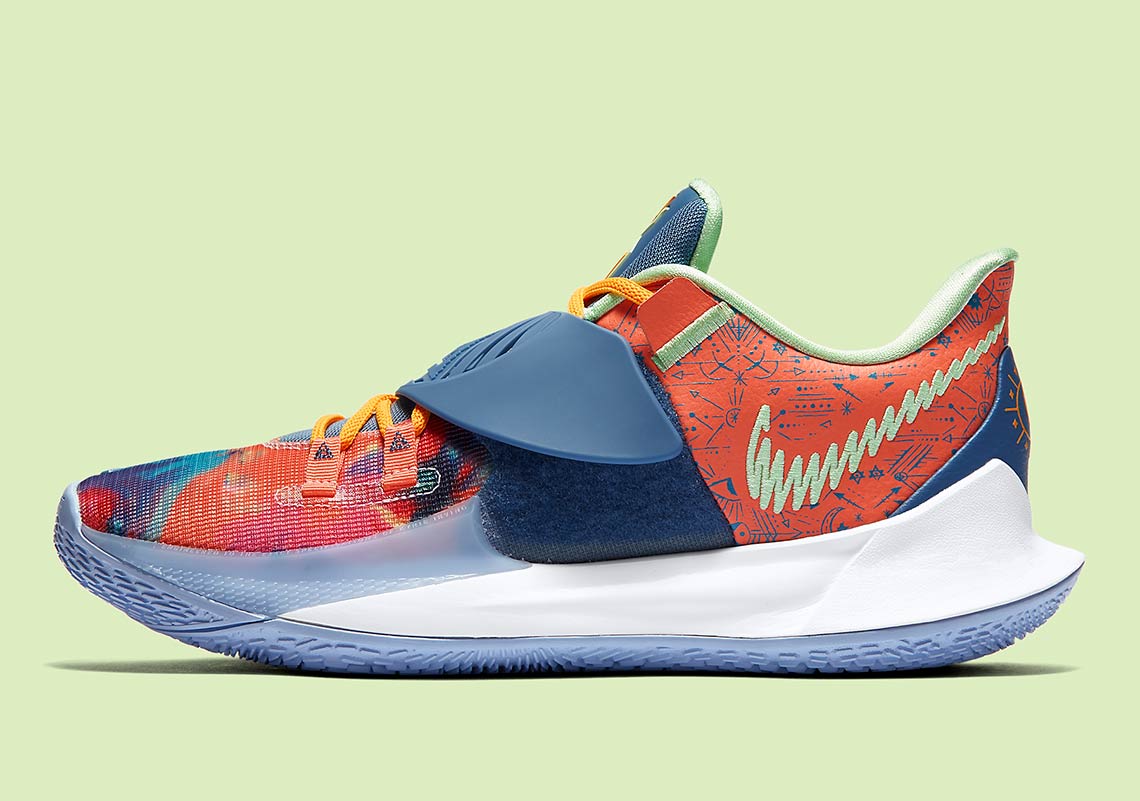 Delivered at the peak of Summer, the Nike Kyrie Low 3 first revealed in a relatively simple colorway — the brand preferring to start slow before inching into the athlete’s penchant for loud, bold signatures. Nearly the antithesis of the aforementioned, the latest makes use of both neon colors as well as a slew of fitting iconography. Both sides exhibit this with the same ancient, hieroglyphic approach, though the medial envelops the Swoosh into the same constellation-infused style. Elsewhere, straps are hued to one shade of blue — same as the tongue though darker than the tooling — while the forefoot’s mesh is accented with a tie-dye reminiscent treatment that features splotches of dark, cool toned complements. Linings finish with hits of Barley Volt, playing support in tandem with the matching contrast stitch and logo emblems. Grab a close-up look at these here and expect a release to arrive at Nike.com hopefully within the coming months.

In other news, a PE-inspired All-Star LeBron 17 Graffiti Remix was revealed. 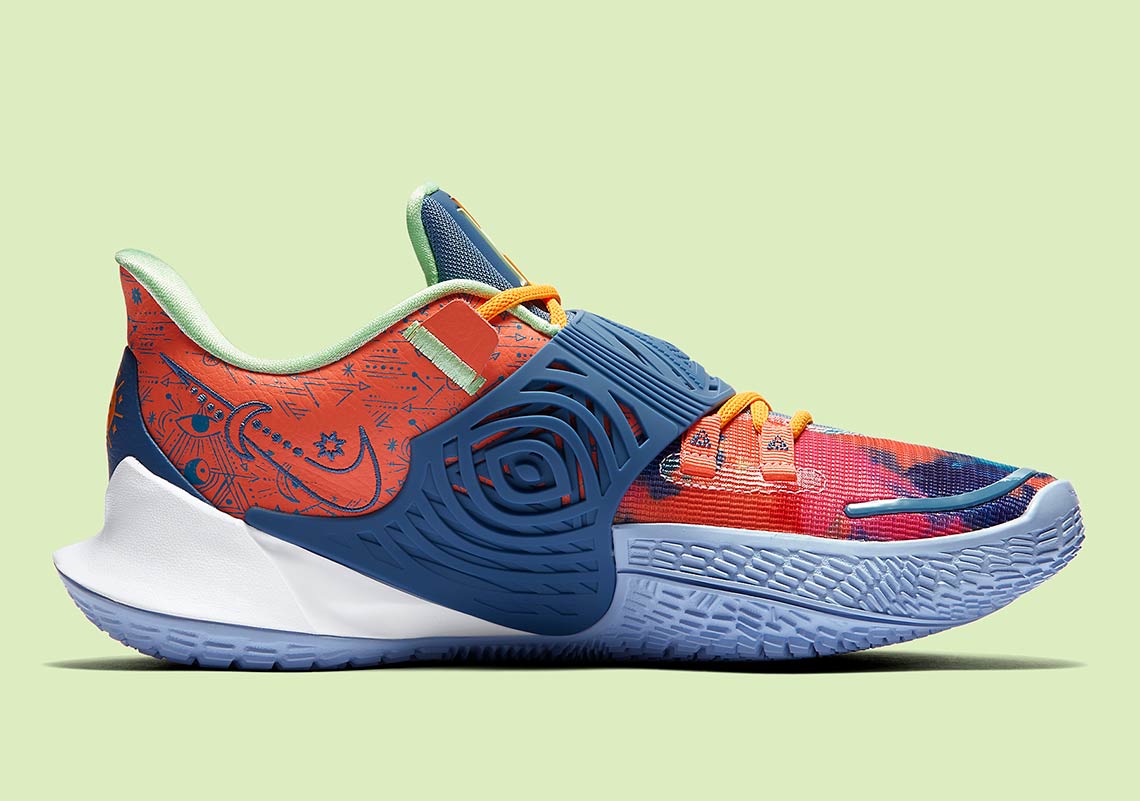 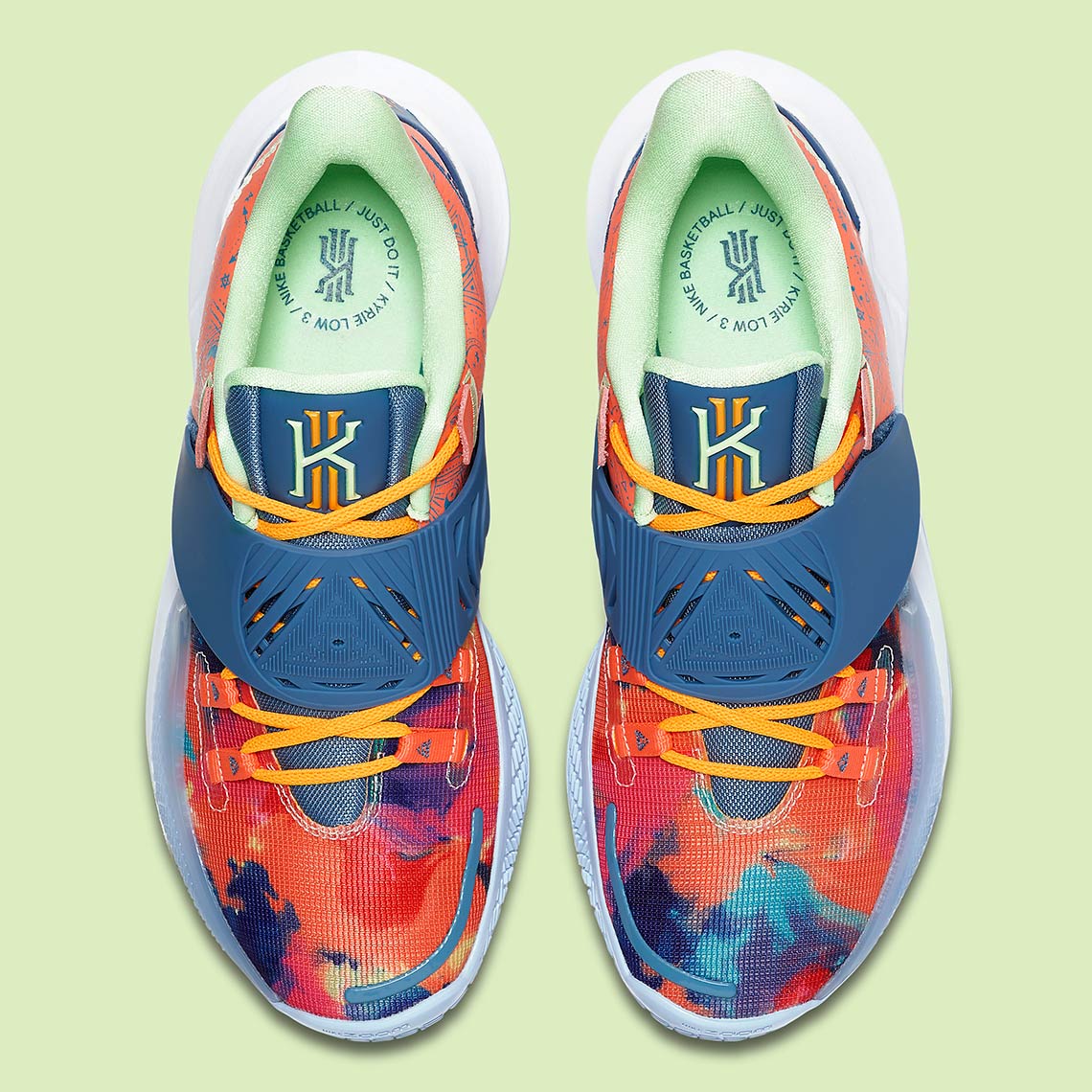 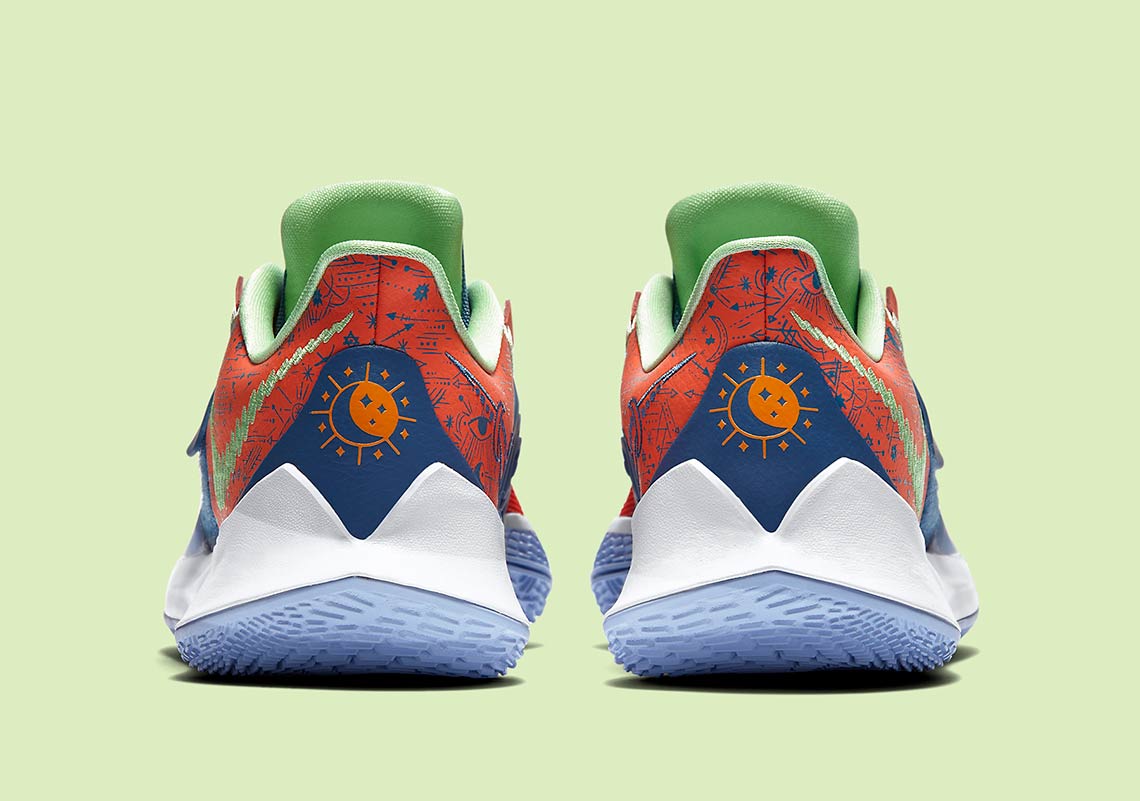 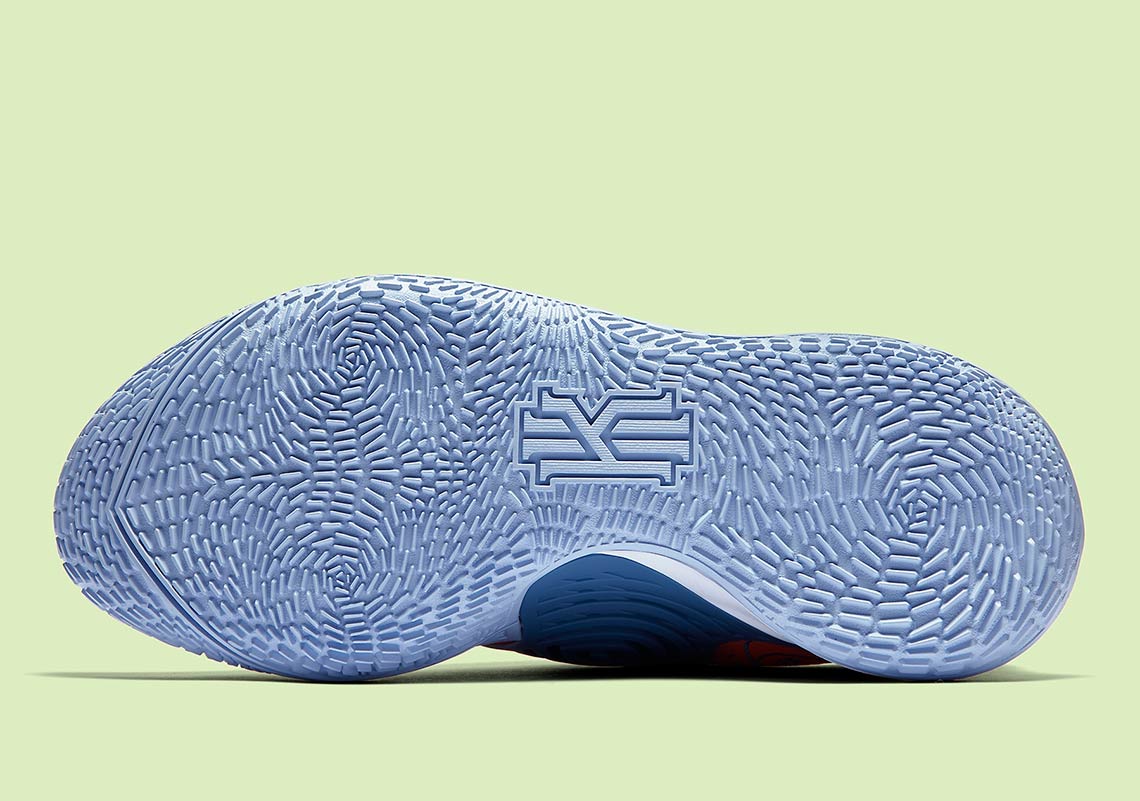