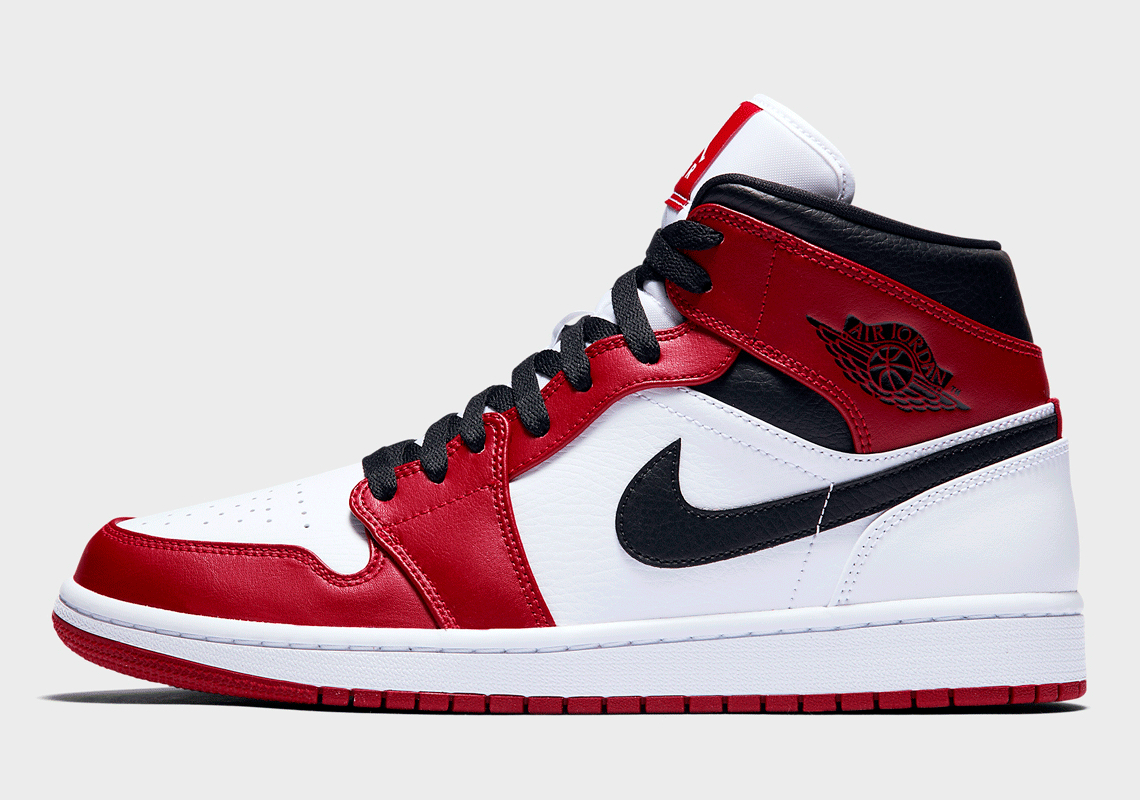 Previously teased in kid’s-sizing, the Air Jordan 1 Mid “Chicago” has been recently confirmed for adults via official images.

While the pair does not boast a true replica of the Jordan 1‘s beloved original color scheme (which has skyrocketed in value on the after-market proceeding ESPN’s “The Last Dance” series), it delivers one of the mid-top silhouette’s most heritage-driven arrangements of recent memory. Quilted panels and shimmering profile Swooshes, among other experimental touches, are forwent in favor of standard leather build clad in the “Chicago”-synonymous “White/Gym Red/Black” color palette. The rich scarlet hue takes over most of the first Air Jordan‘s signature overlays, while side logos and collars indulge in the trio’s darkest tone. Similar to 2013’s Jordan 1 High “Chicago”, tongues are branded with Jumpman logos (though their color scheme is reversed). Heels, however, not only omit any branding, but also boast a “White” bottom overlay, instead of “Gym Red” one. Underfoot, sole units keep true to the “Chicago” colorway’s 1985 arrangement.

A release date hasn’t been confirmed, but this Jordan 1 Mid “Chicago” is likely to arrive to Nike.com in the coming weeks. Until then, enjoy official images of the pair here below. 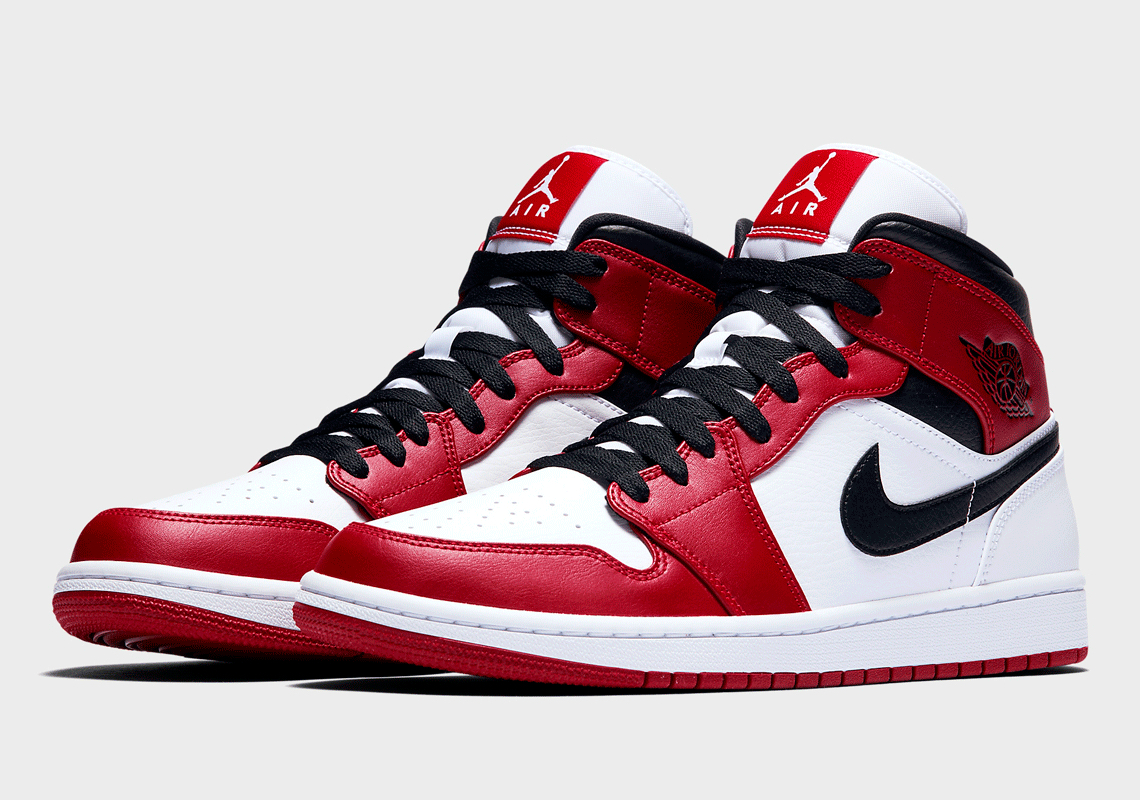 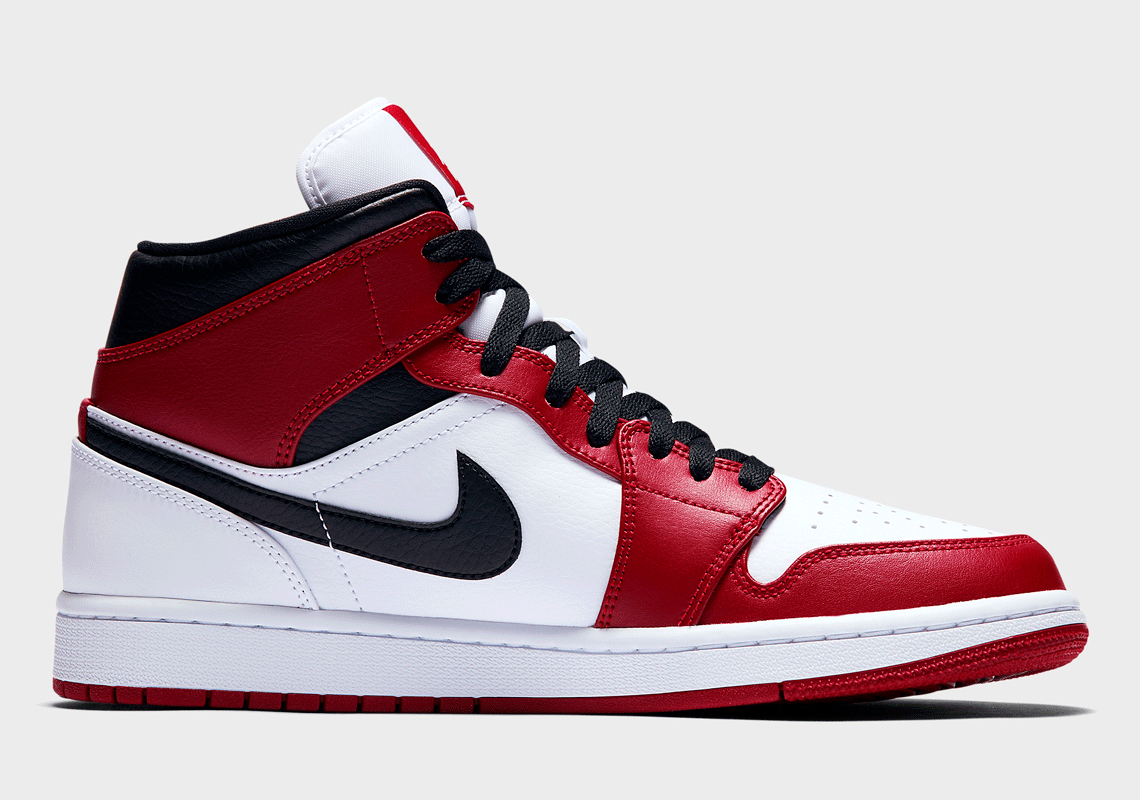 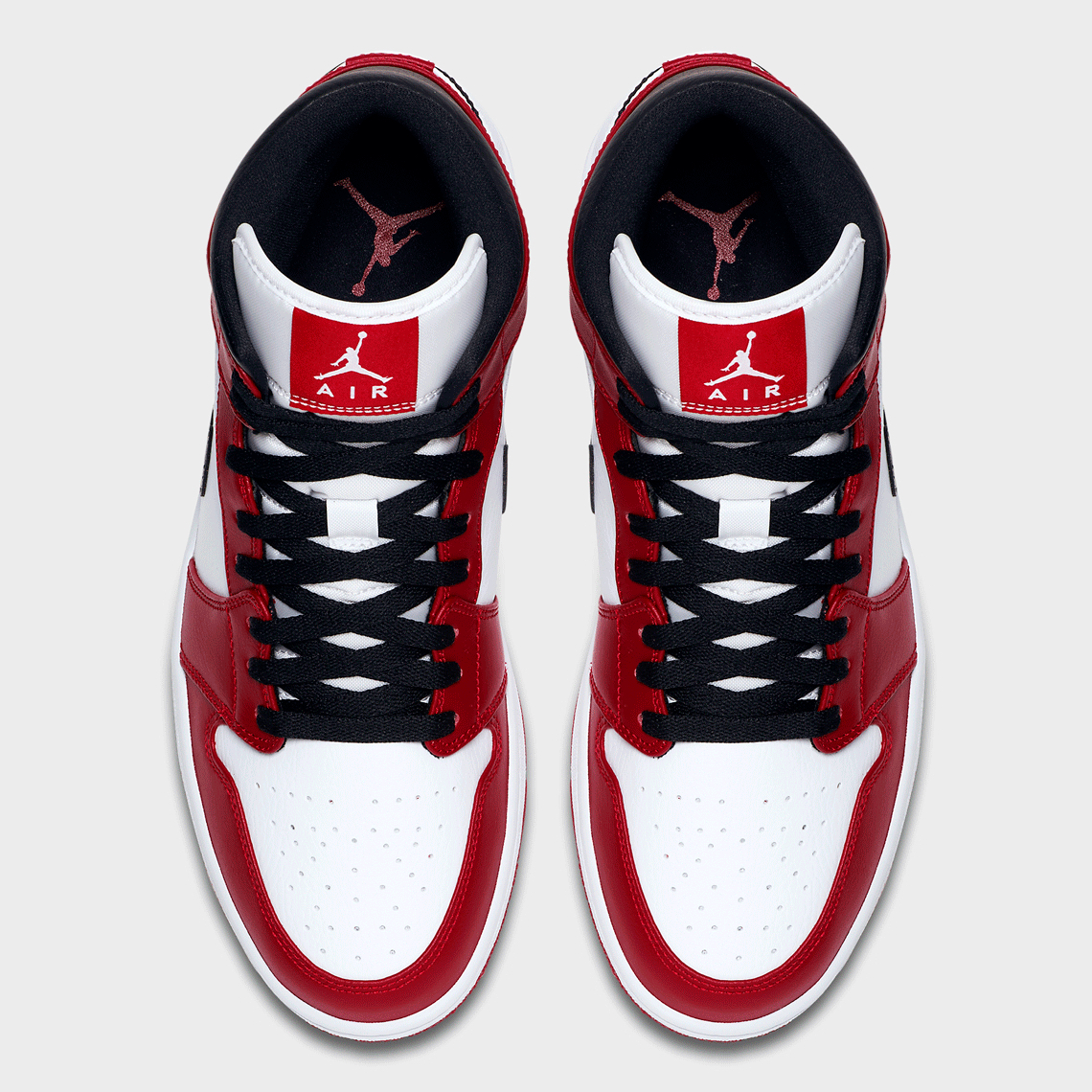 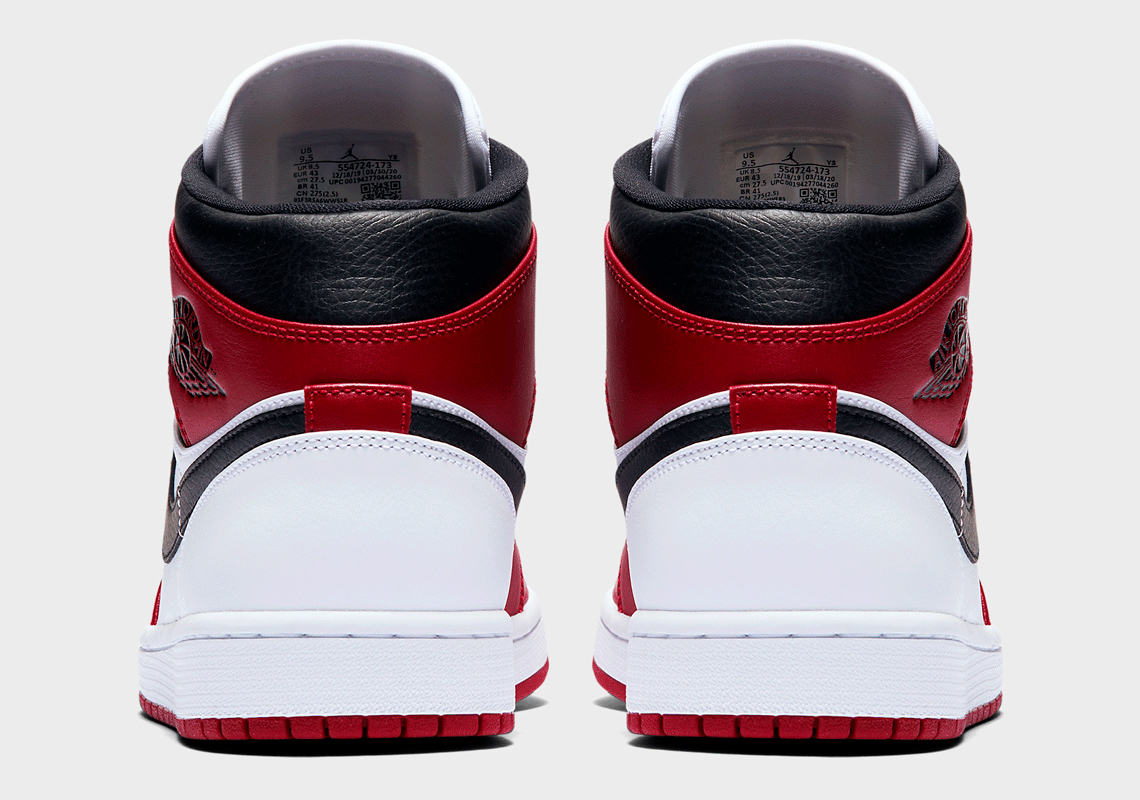 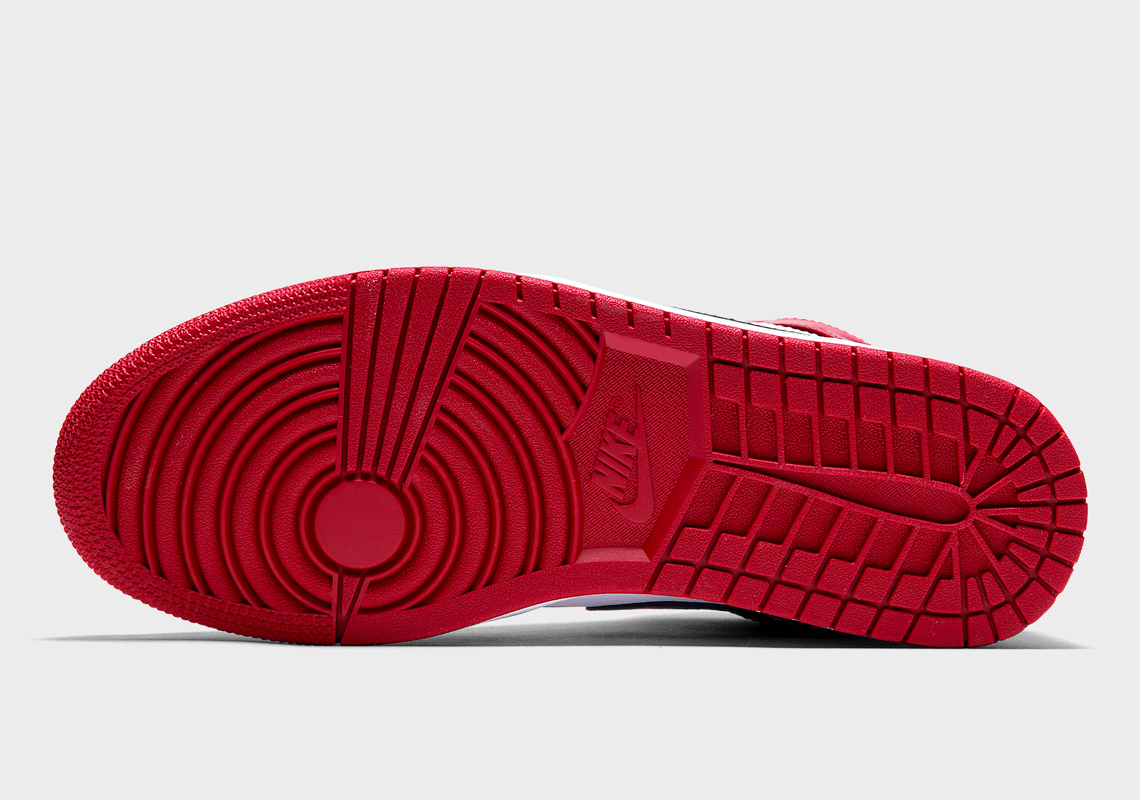