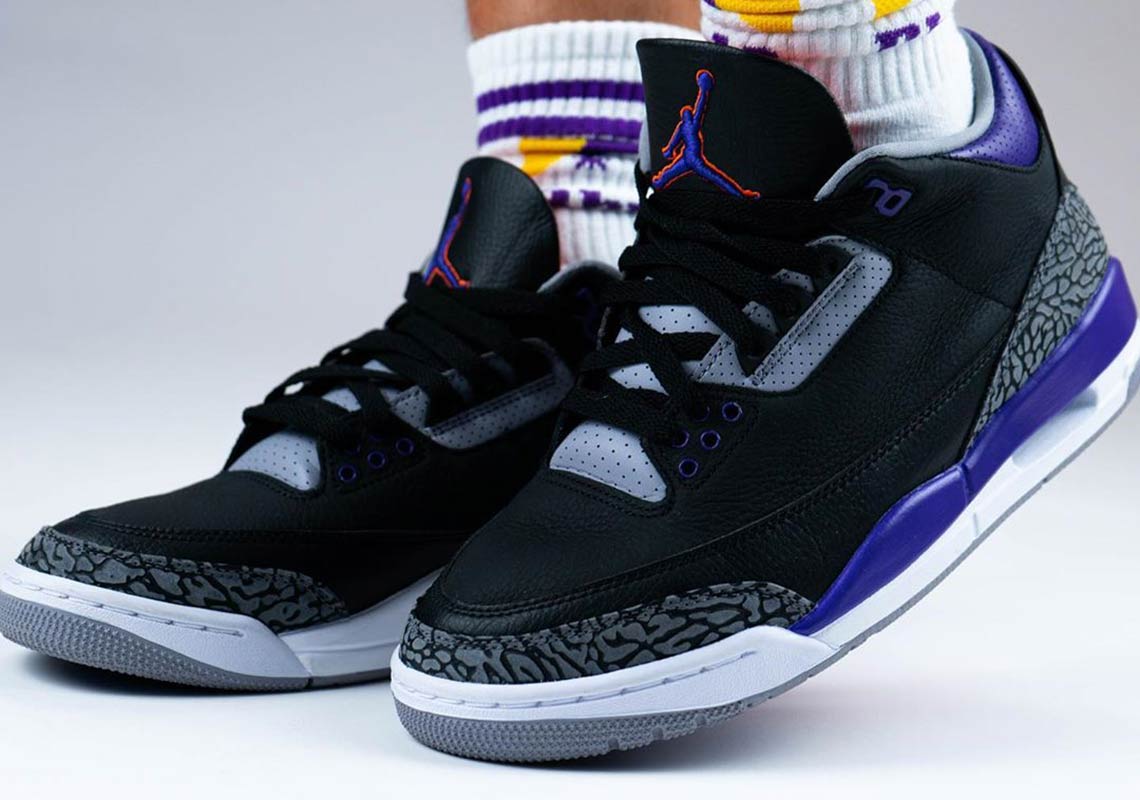 Originally assumed to be a Lakers colorway, the Air Jordan 3 “Court Purple” has many people holding their breath for an actual release. But, if the rumors happen to be true, then we may be seeing official word on its cancellation in due time. Until then, we’re lucky to experience the pair vicariously through sneaker insiders — @yankeekicks showcasing the pair on-foot and in detail.

Design-wise, the offering leans much closer to the Phoenix Suns than the aforementioned as no gold can be found on the upper at any point. Instead, the accents prefer to make use of a rich, saturated orange at the outsole, tongue, and counter. Elsewhere, saturated purples finish off the connection alongside, dressing the Jumpman at both of its usual spots as well as the secondary details at the ankle and the back of the midsole. Black dyes then construct the majority of the shoe, its neutral detailed atop with perforated grey panels and a Cement print overlays.

Grab a close-up look at these right here, and if you’re hoping for an official drop, then sit tight as we await further information.

In other news, the Air Jordan 1 Light Smoke Grey drops at the end of the week. 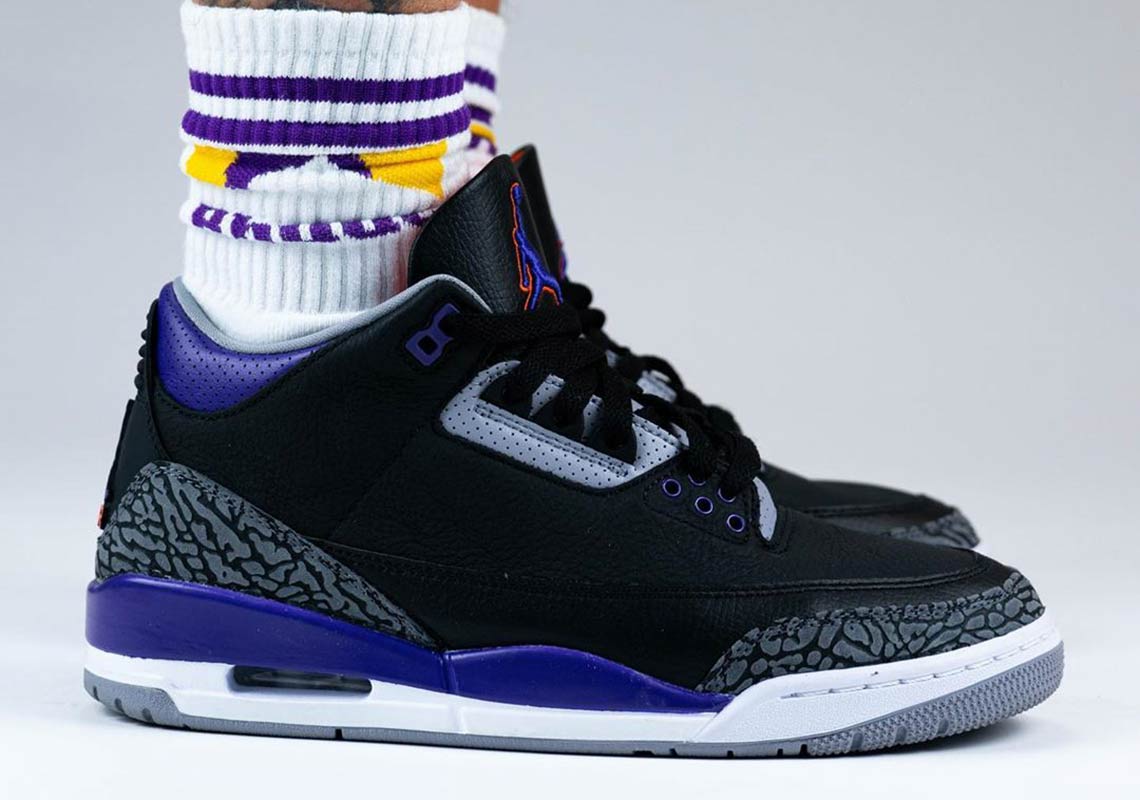 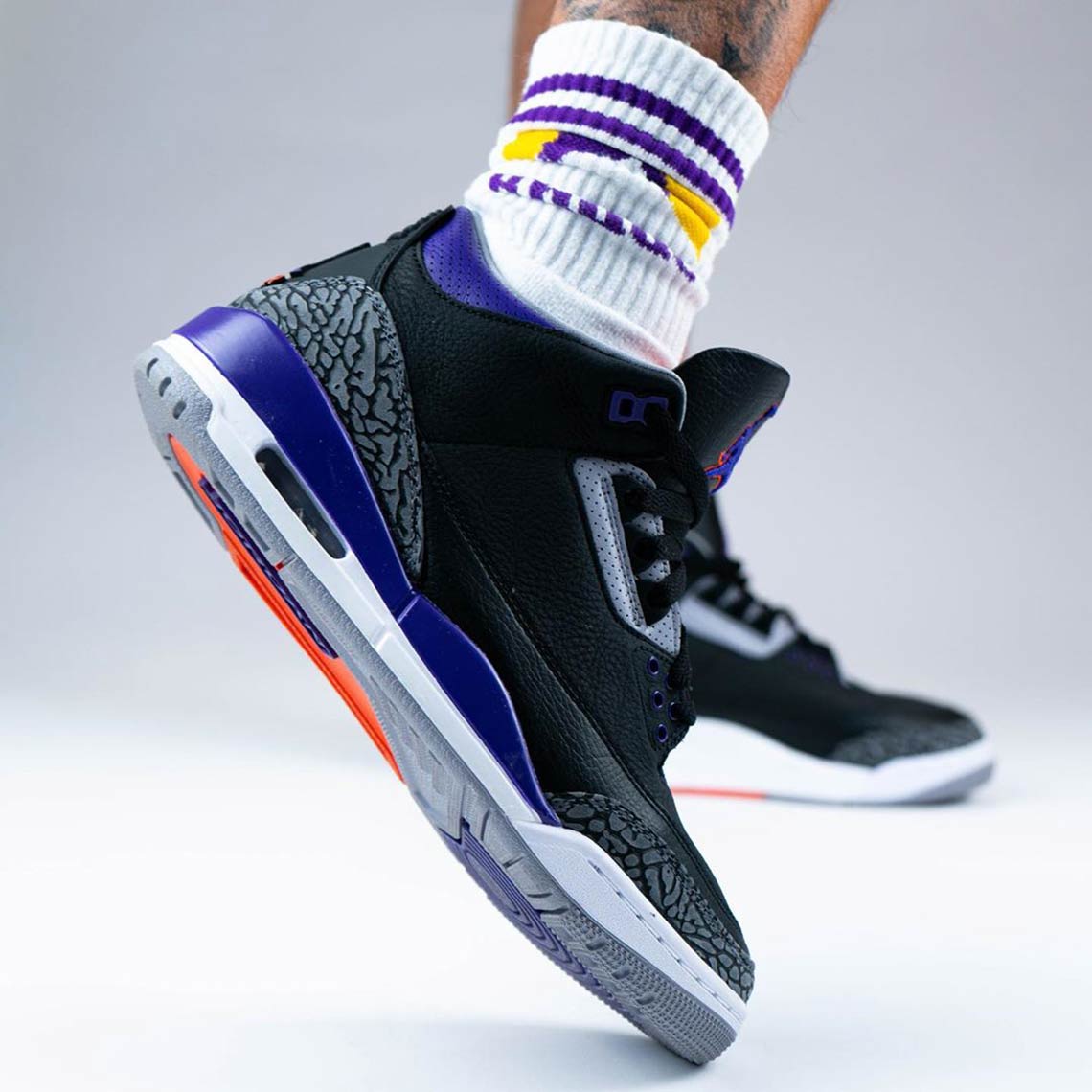 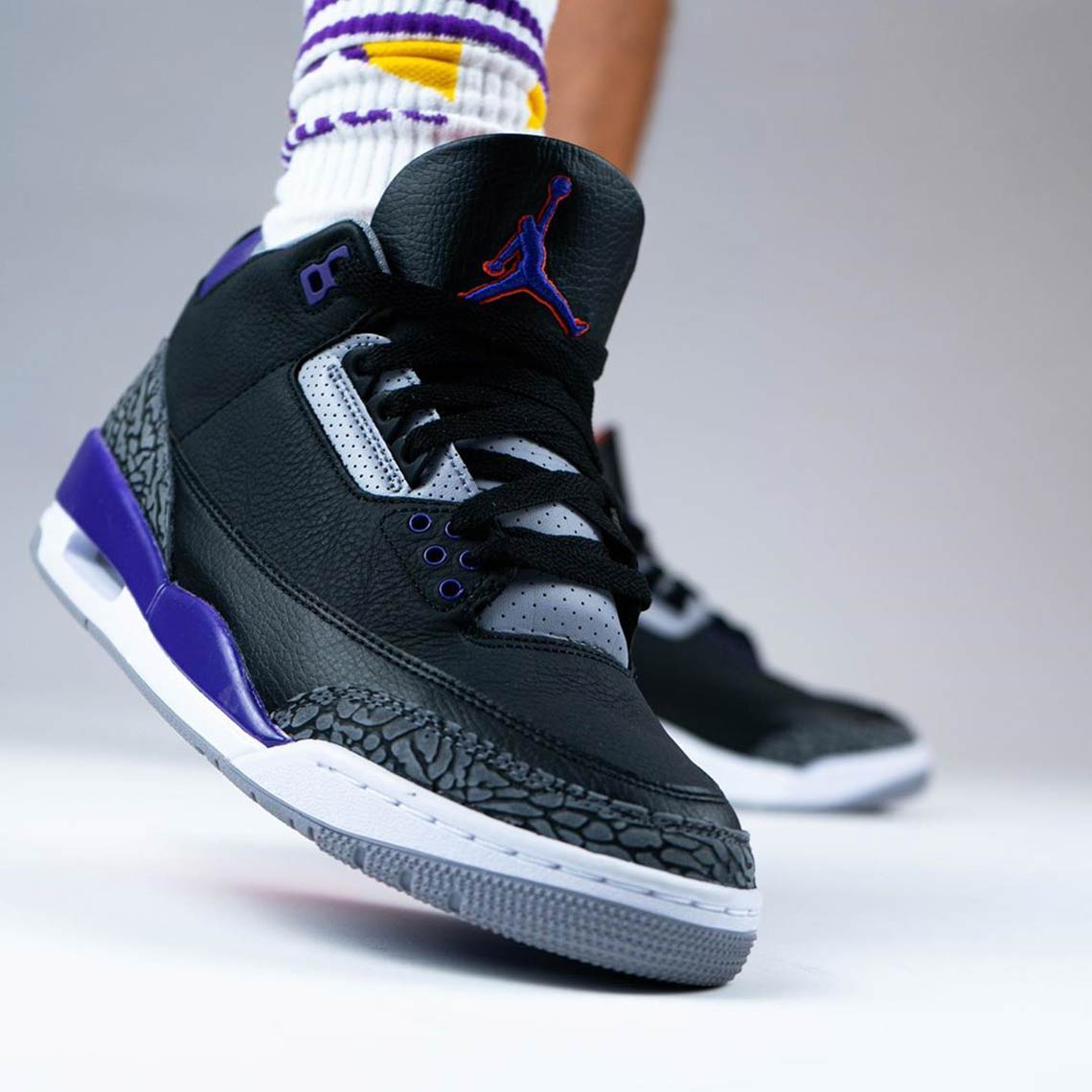 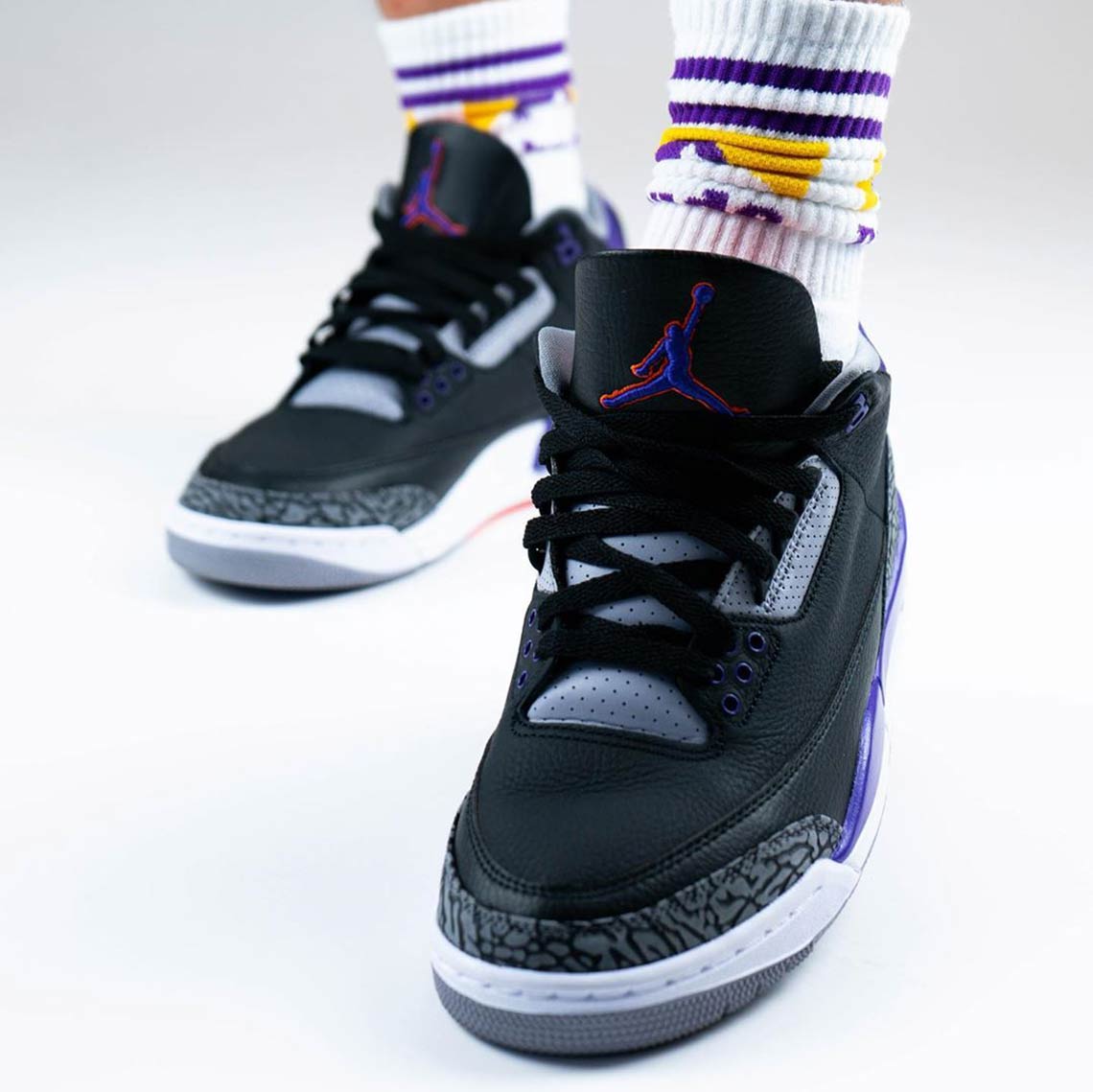 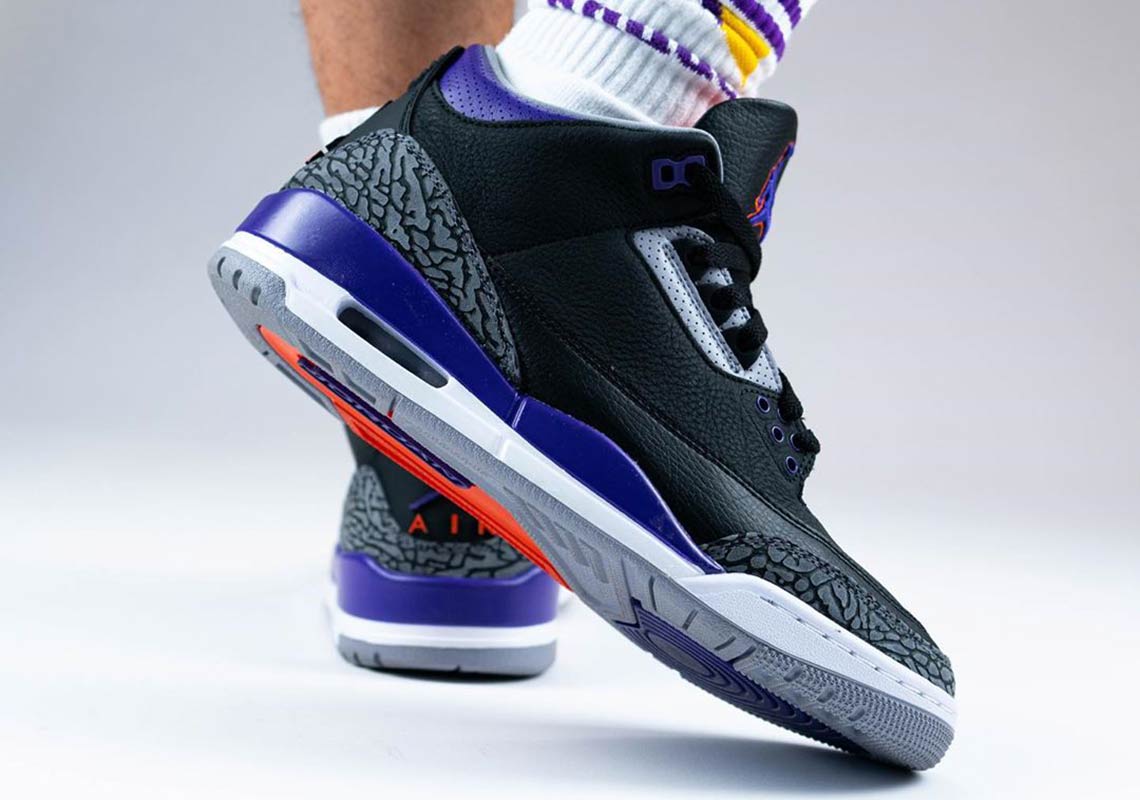 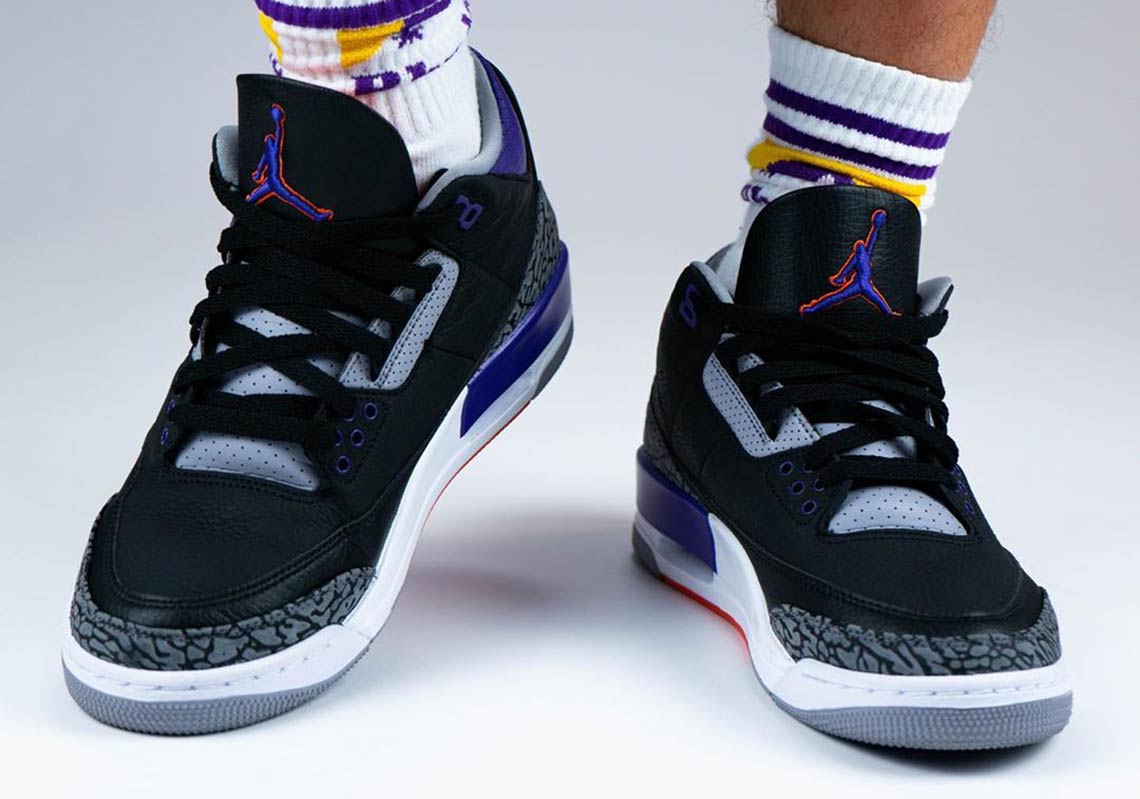 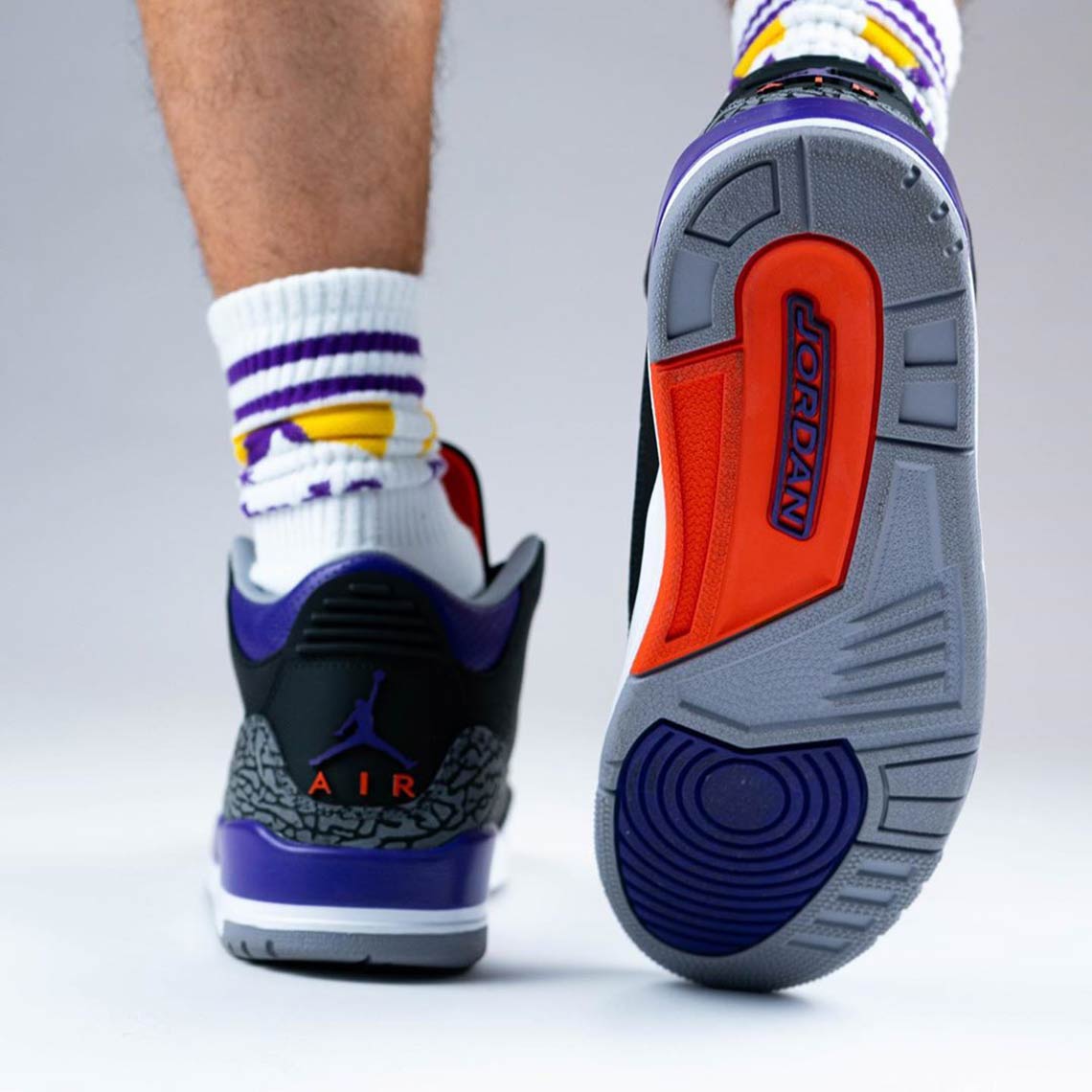