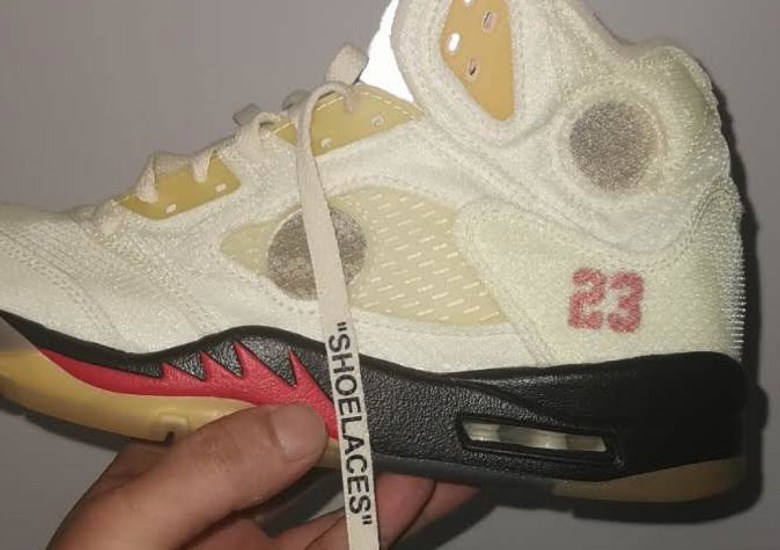 Virgil Abloh’s Off-White Jordan 5 release during All-Star Weekend in Chicago has a sequel coming soon, and may not be what you had originally pictured. Rumors of a “Sail” colored follow-up has been swirling around since, and we were all led to believe that it would be the pair that Virgil himself wore during that Chi-Town week – the Off-White Jordan 5 “Plot Twist”. However, this first look at the potential release reveals an entirely different sole that happens to be from the original “Fire Red”. Like with the previous drop, Virgil adds a yellow tinchture to the translucent areas to give the sneaker that popular aged look, while the enlarged holes at the ankle and mid-foot provide that trademark aesthetic championed by the Louis Vuitton figurehead. There’s no word on a release date yet, but we can certainly expect it before year’s end.

If you’re more interested in footwear coming soon, the Off-White Jordan 4 will release on July 25th via Nike SNKRS Draw. 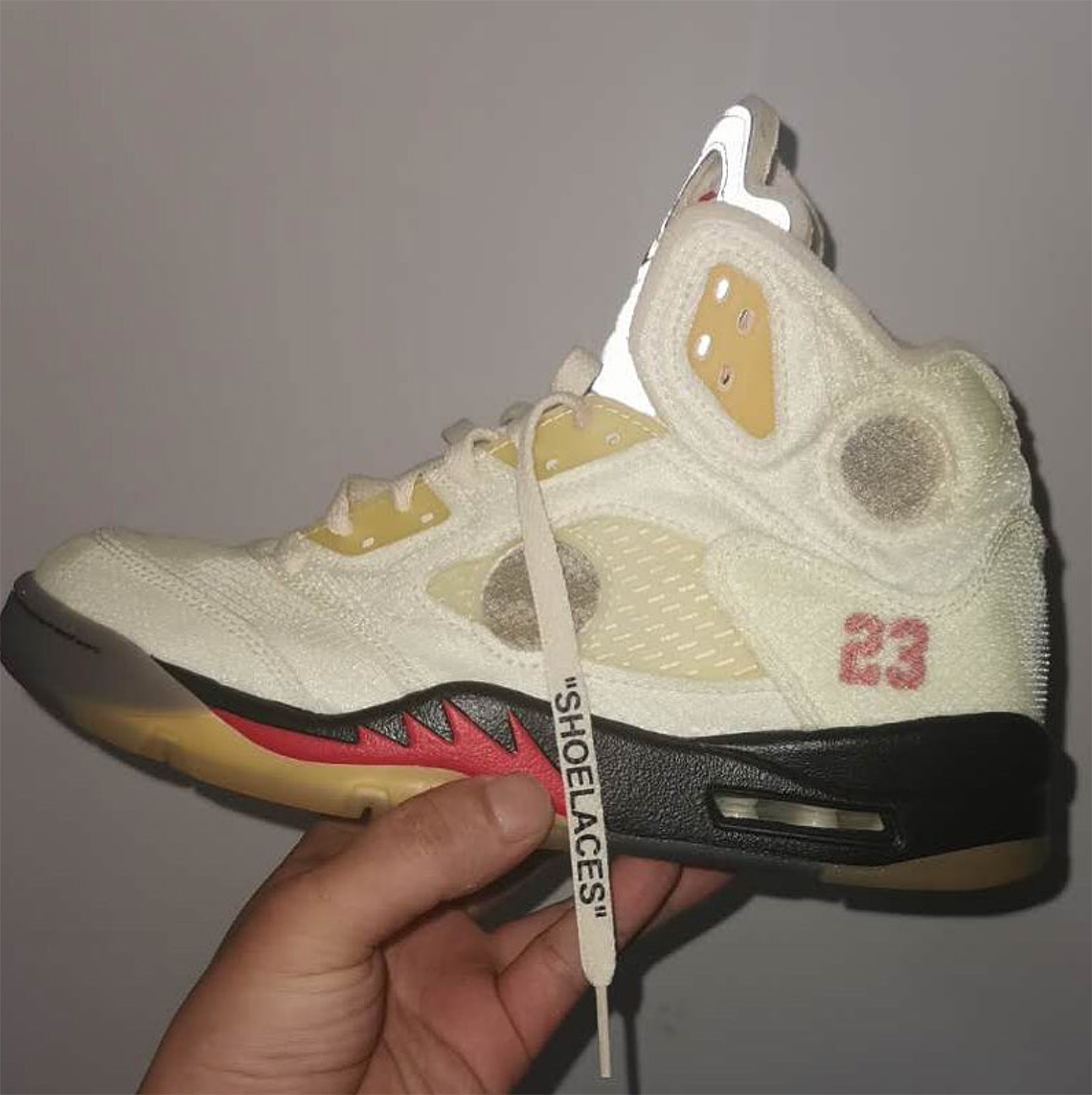