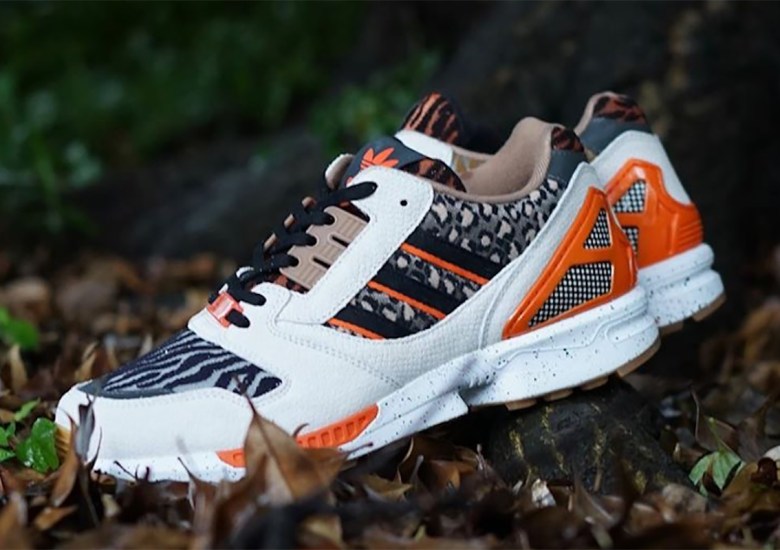 Fostering growth of their relationship through that of more collaborative work, atmos and adidas have taken the initiative this Summer to up the ante on their catalog by already teaming up on silhouettes such as the ZX ALKYNE and the celebratory Superstar. However, it appears that next month they’ll be keeping the momentum going strong by ringing in August with a third offering.

Revisiting the Three Stripes’ Torsion-cushioned family once more, the two parties have elected to now put their touch on the ZX8000. Much like the aforementioned ZX ALKYNE, this upcoming “Crazy Animal” iteration is guided by a wildlife motif as its lateral/medial paneling split between leopard patterns that alternate between a grey/black on the former, and brown/black on the latter. Down the throat you’ll find stripes that run all the way down into the toe boxes, only they alternate between tiger and zebra colors. Elsewhere, the white overlays have been enhanced with reptilian scales, while bursts of orange trim electrify its look through the heel molds, midsole forefoot, and the branded hits. For those interested in copping, these will be dropping in Asia on August 1st for approximately ¥14,000 ($133 USD).

For other news, the Yeezy 350 Israfil is confirmed to drop on August 22nd. 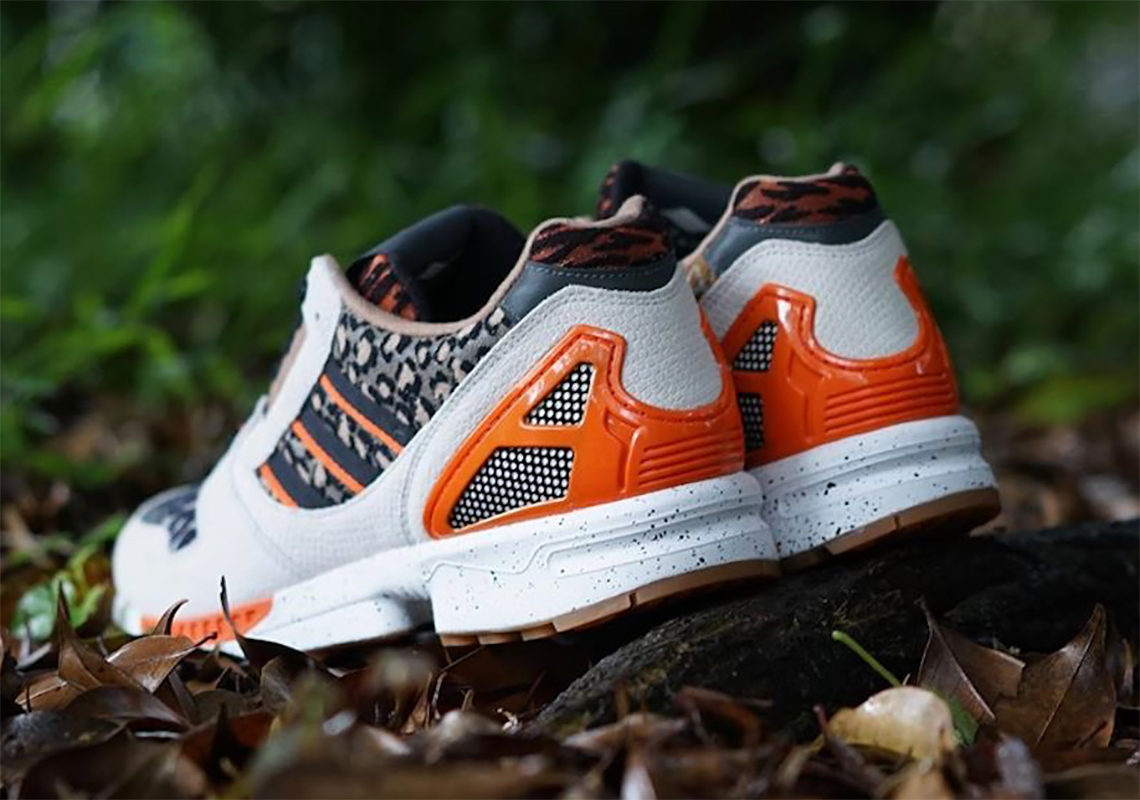 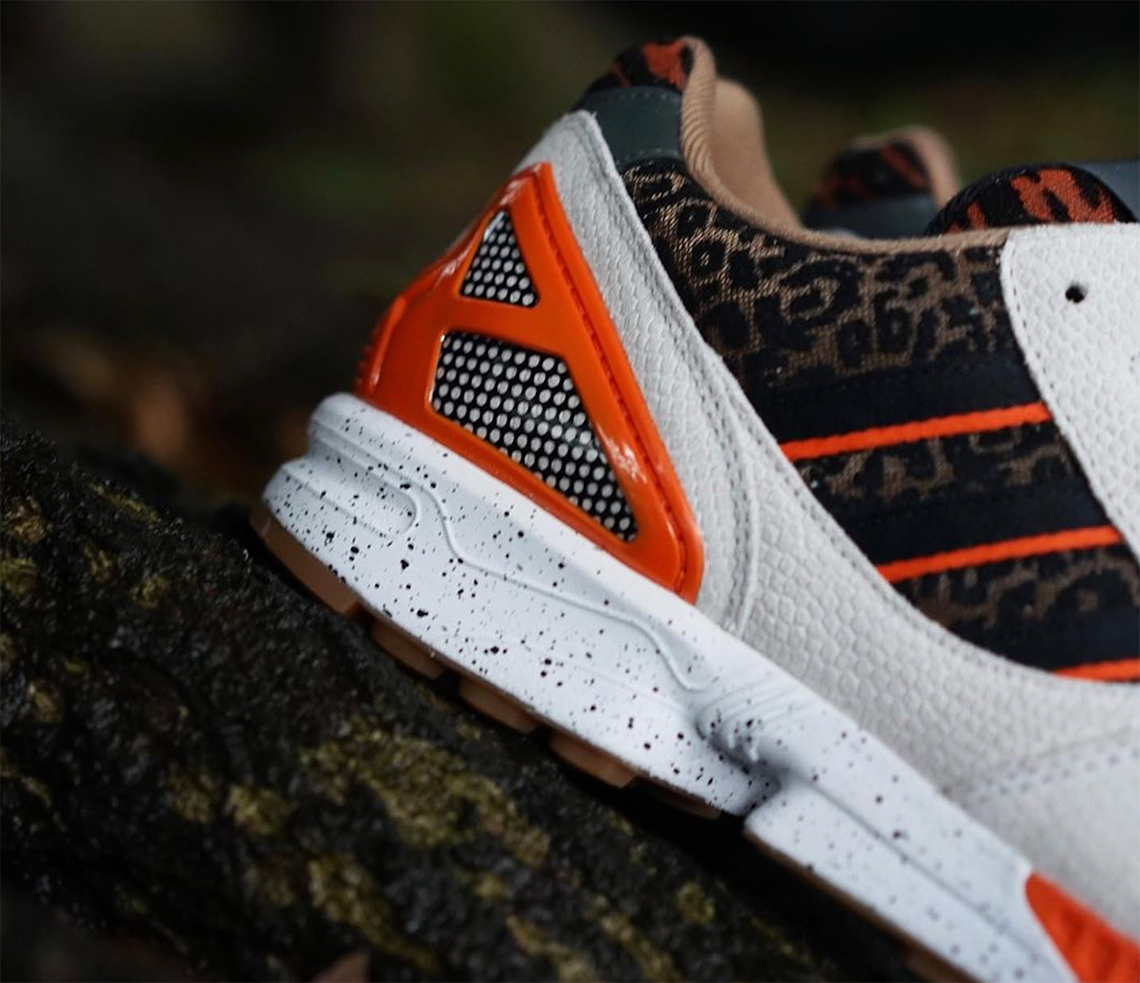 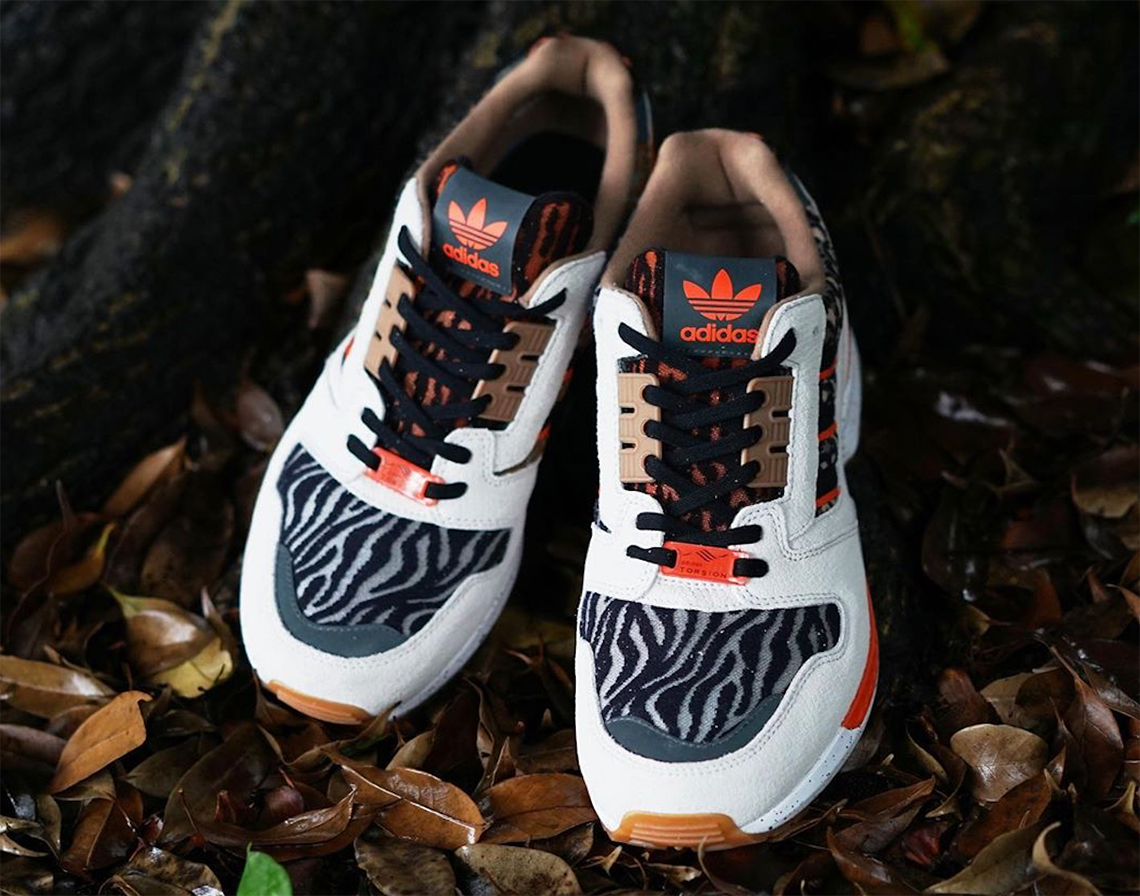 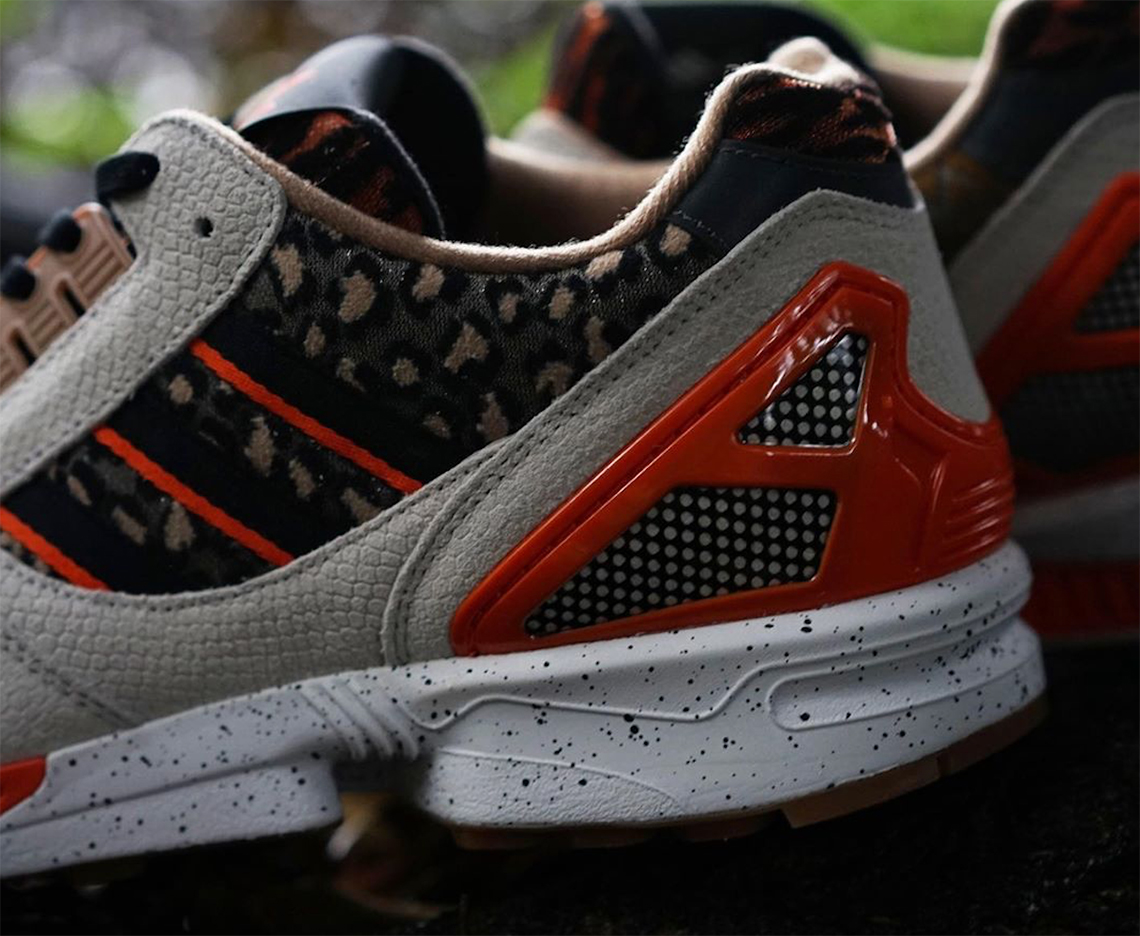