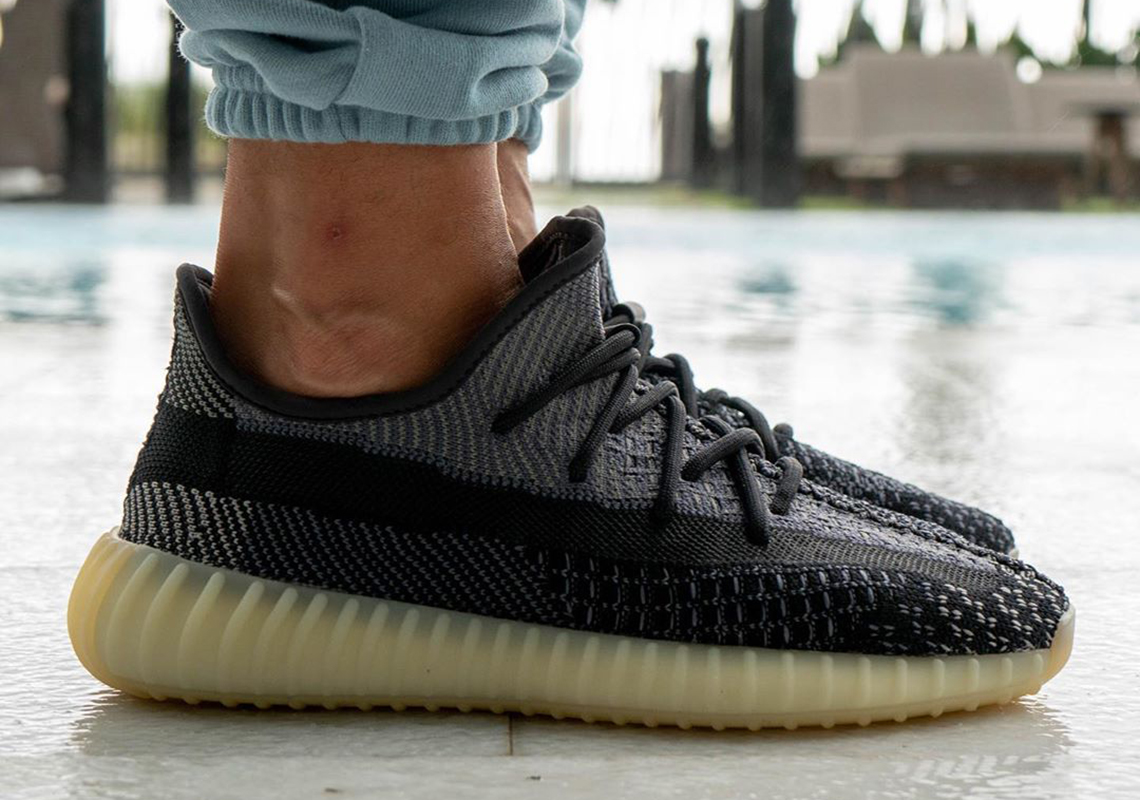 The Yeezy Boost 350 v2, though originally intended to be replaced by what is now the 380, was too popular for the brand to ever give up as it’s effortlessly maintained popularity in the years and many new models since. While forthcoming releases aim to leave adidas Yeezy‘s perceived comfort zone, the staple 350 v2 has grounded the line-up with a strong assortment of versatile colorways — the Asriel, which was recently changed to “Carbon,” among the many to debut later this Fall.

Simple and removed of the heel pull, the offering doesn’t stray too far away from the silhouette’s usual template. Black and grey threads construct around the signature lateral stripe, outfitting the upper in a dual-tone arrangement of different weave patterns. Darker, single color accents then outfit adjacent, filling out the aforementioned decal as well as the laces and lining alongside. The tooling, which hints with an ostensibly vintage-inspired yellowing, then contrasts the monochrome treatment above all across its entire molded shape.

Grab one of the best looks yet at the release right here and sit tight as their expected to hit adidas.com as well as select retailers later this September. 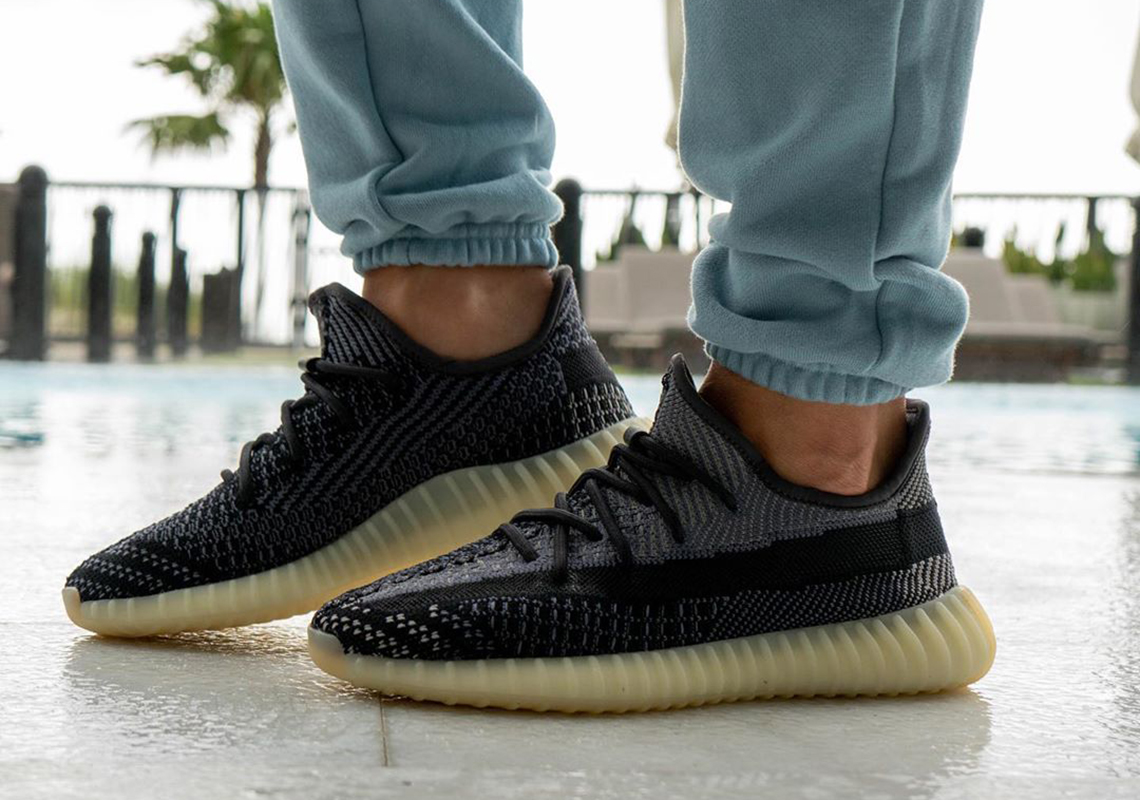 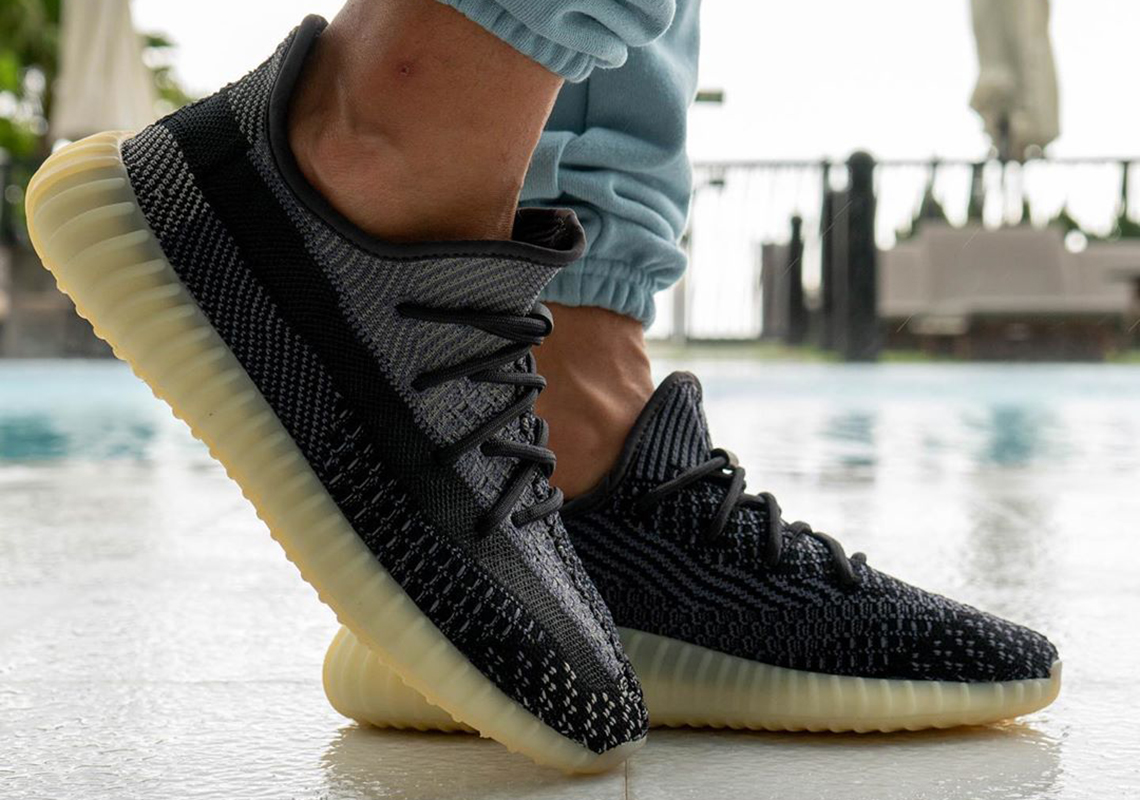 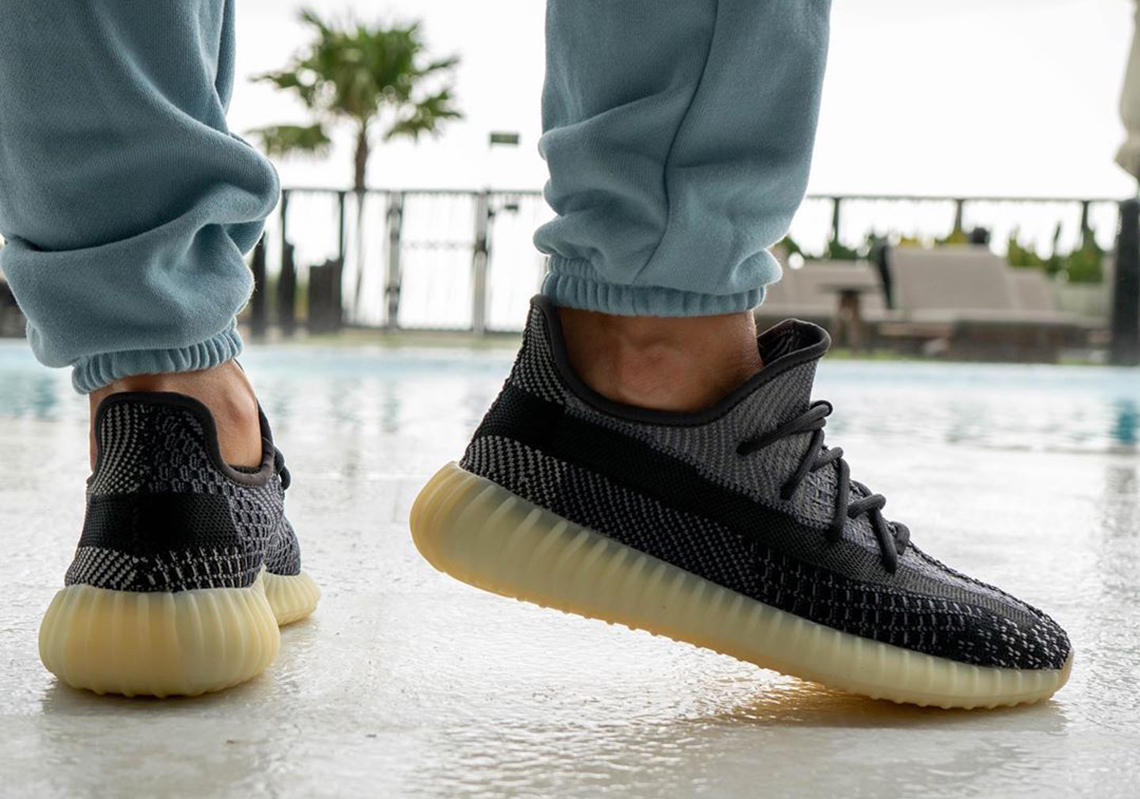 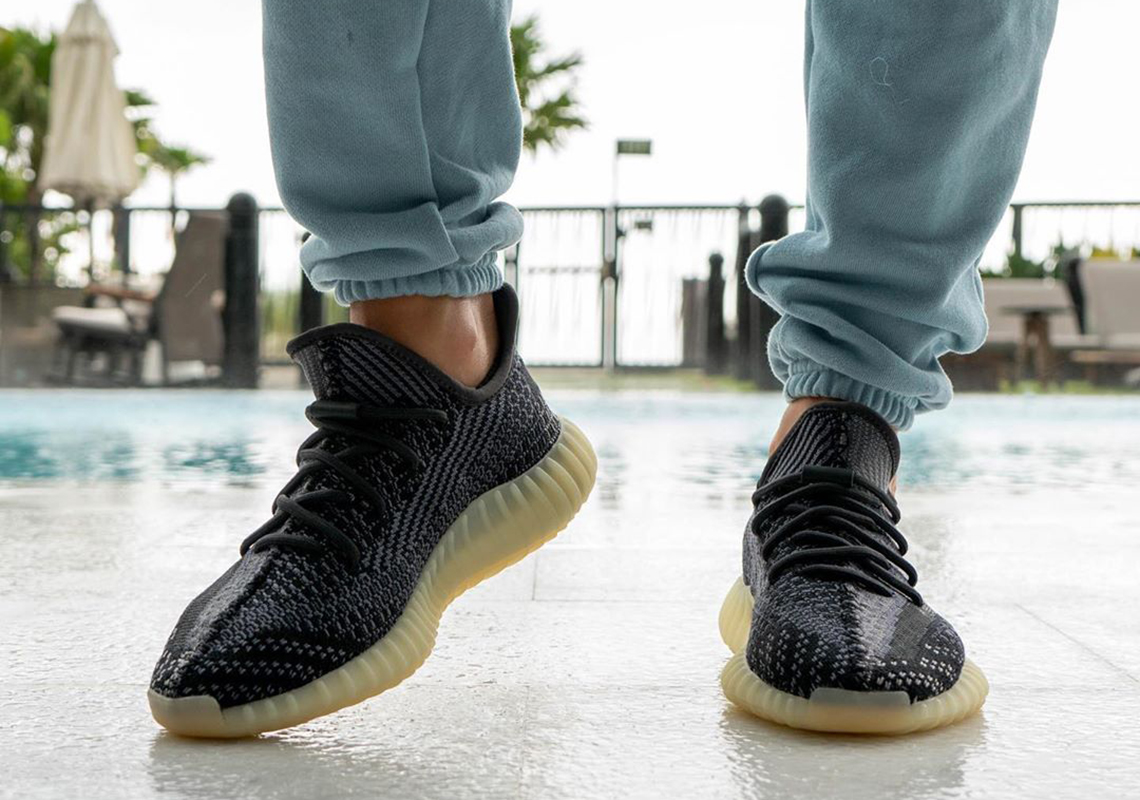 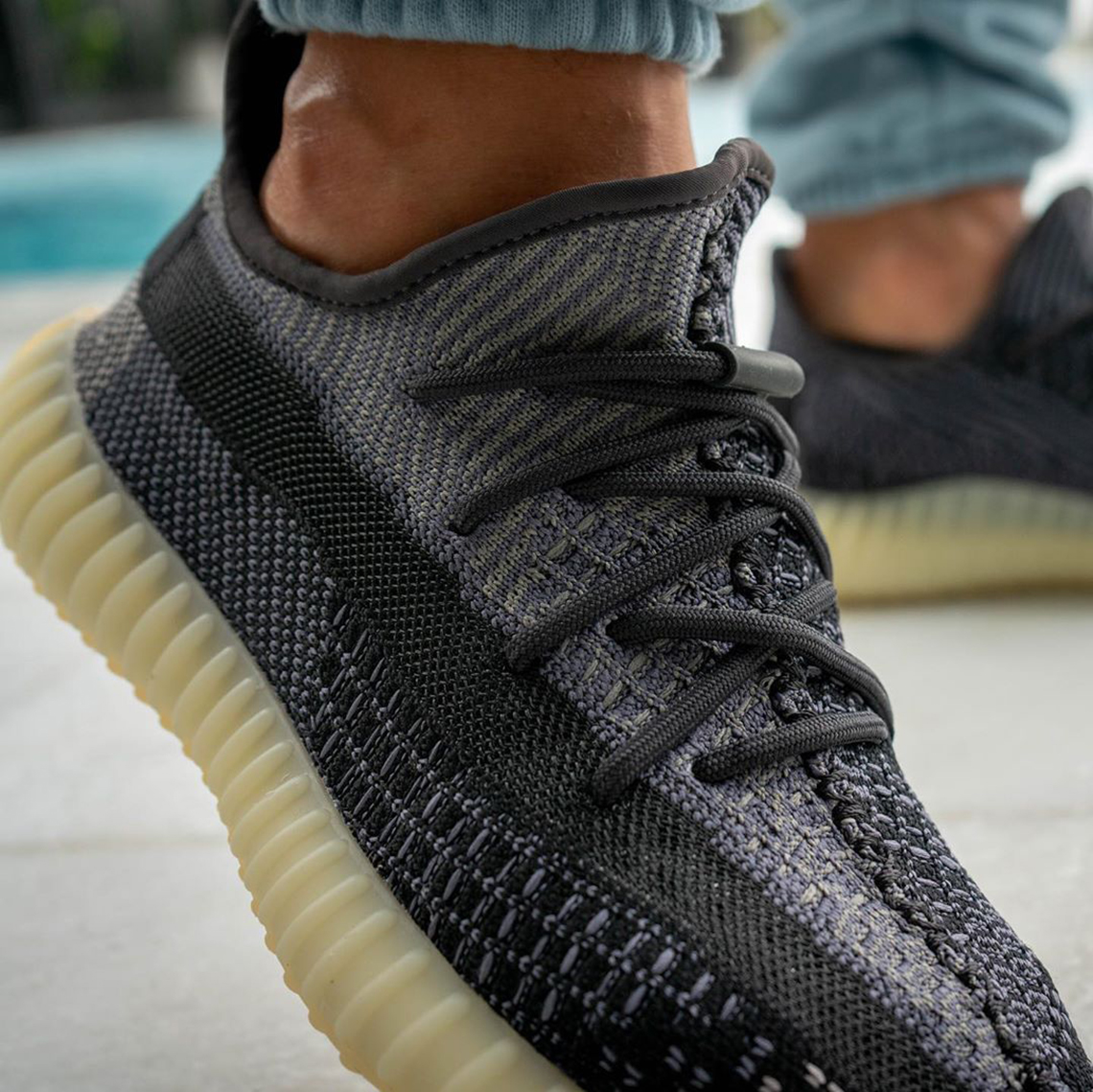 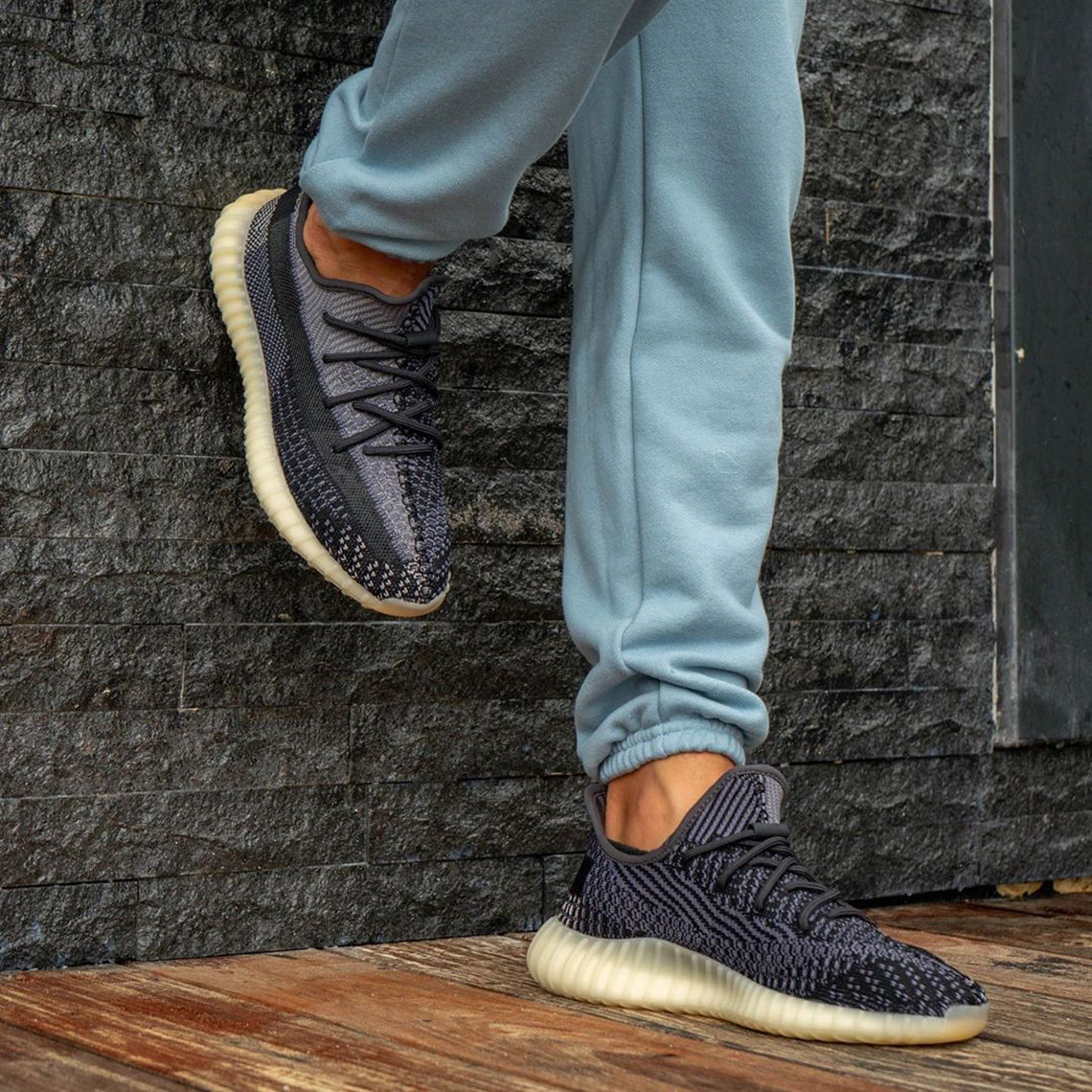 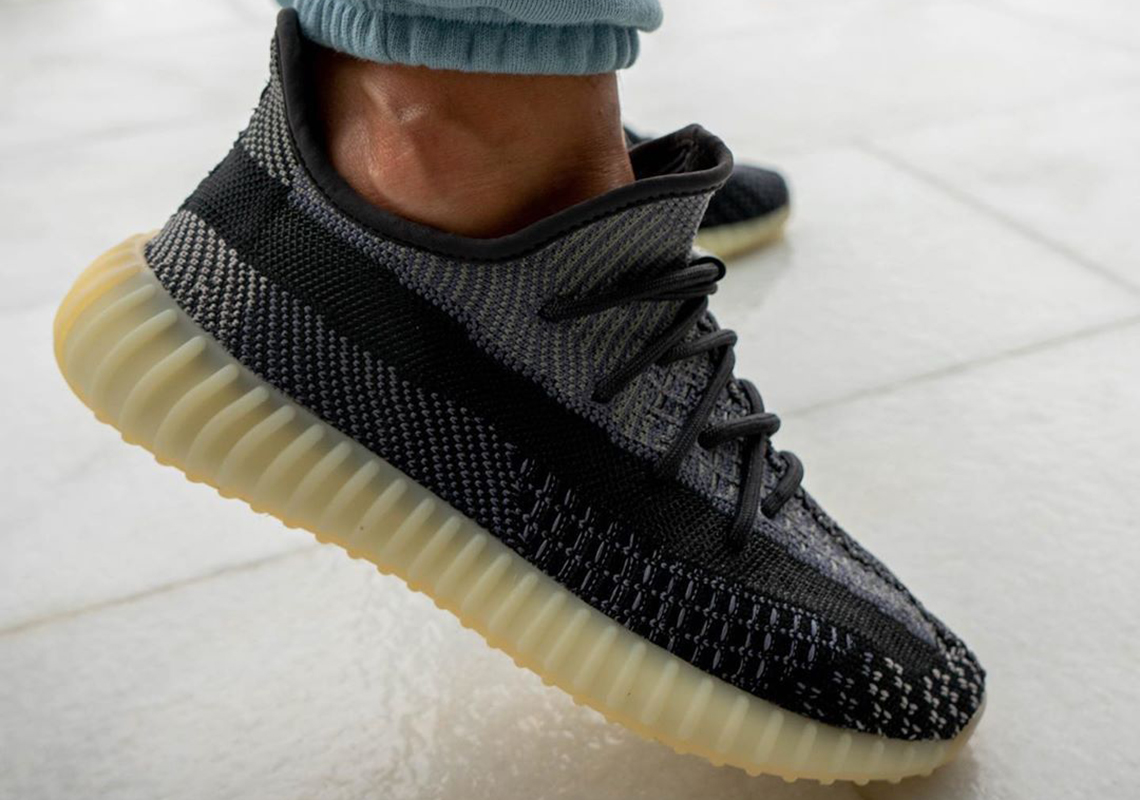 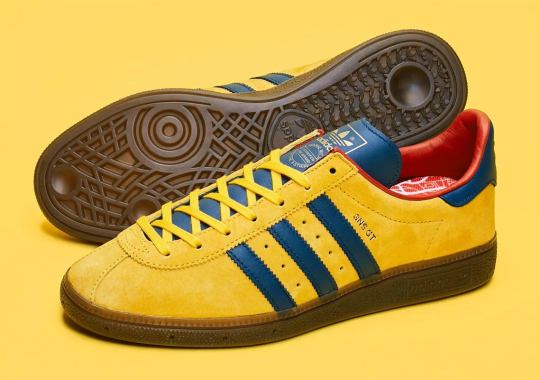