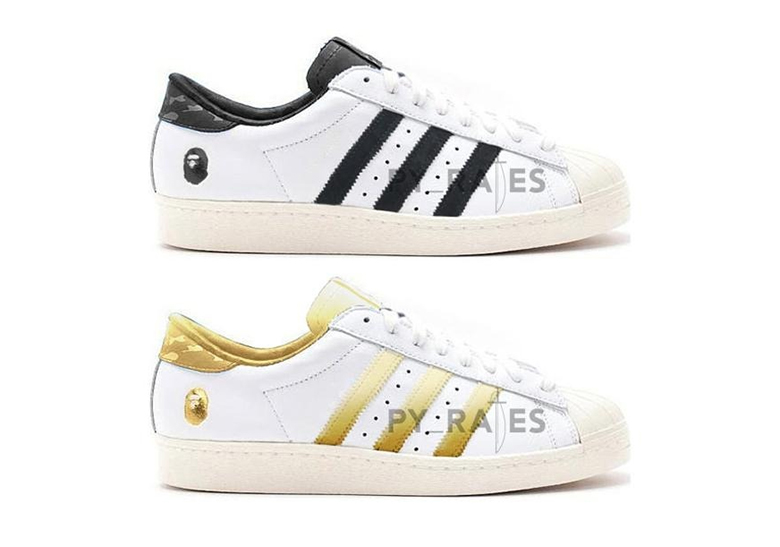 Following in the footsteps of its original founder NIGO, A Bathing Ape is prepared to release two takes of the adidas Superstar first thing next year. Though a month late to the silhouette’s year long anniversary celebration, the collaboration itself effectively cements the German footwear brand’s love for their longest standing mainstay.

Viewable via mock-up, the two pairs are speculated to be quite simple in overall design as most of the outstanding changes are found just along the accents. White leather constructions seem to outfit both uppers as per usual, paired adjacent with a yellowed shell toe and midsole. The Three Stripe logo hits, then, depart by way of color and finish: one delivering a gold-led gradient and the other a matte black fixture of what seems to be a suede material. Elsewhere, their heel tabs and lining are colored to match, superimposed with the Japanese label’s signature camo print. Ape heads finish at the heel counter with threads most suitable to their backdrop.

Grab a quick look at what to expect right here and sit tight as their rumored to release January 2021.

In other news, the Ultra 4D arrives in the Ultra Boost’s signature OG colorway.