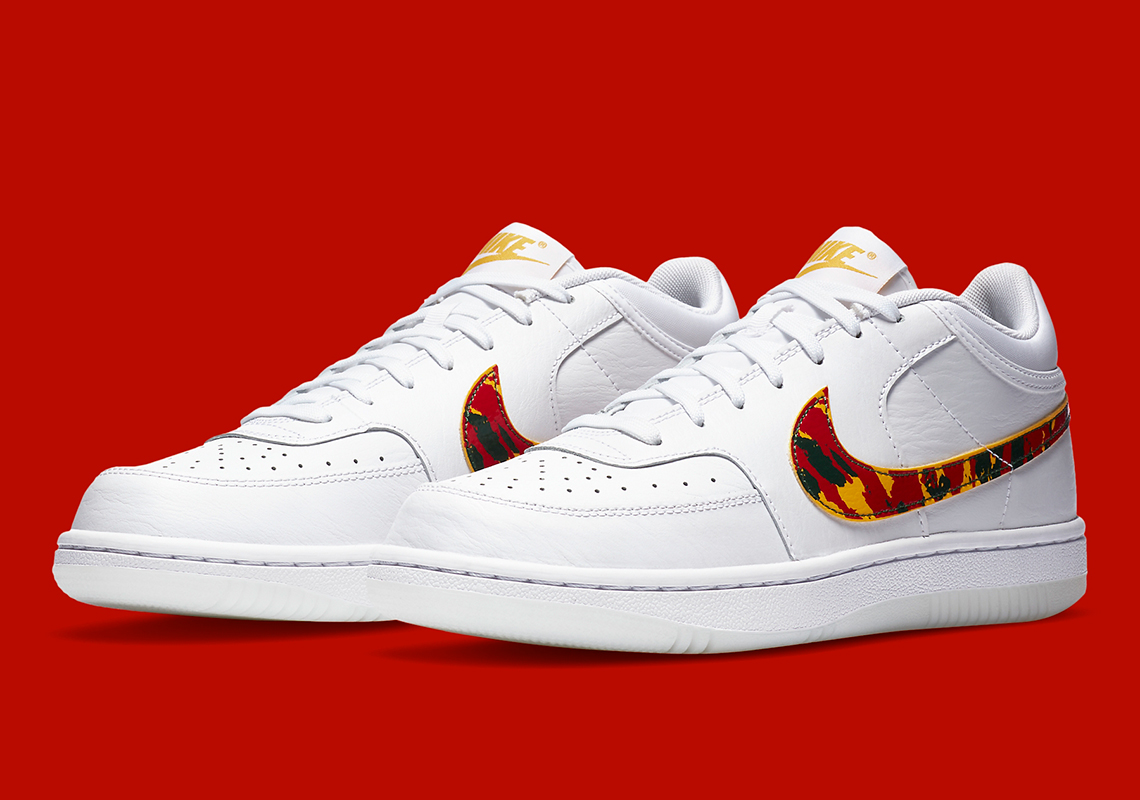 Picking up a significant amount of steam throughout Spring/Summer 2020, the Nike Sky Force 3/4 has infiltrated the lifestyle market with a handful of compelling installments. Some have been rather clean in composition such as its simple black/white option, while others have been more adventurous by ushering in snakeskin patterns as well as retro hoops vibes inspired by Coney Island basketball culture. And now, it has another variation on deck which arrives as another version reflective of more playful personality.

Swooshes are done up with camouflage patterns that combine together tones of red, yellow, and green to almost call upon a similar palette to that of the Minnesota Wild hockey team’s colors. In terms of the rest of the real estate, it’s straightforward in appearance as its leather uppers and misoles are painted in clean white, while the outsoles find themselves coated with a milky finish. It’s likely that these will drop quietly on Nike.com sometime within the coming weeks for $85, so take a look at more photos here while you wait on their arrival.

Elsewhere in upcoming news, the UNION Jordan collection has been revealed. 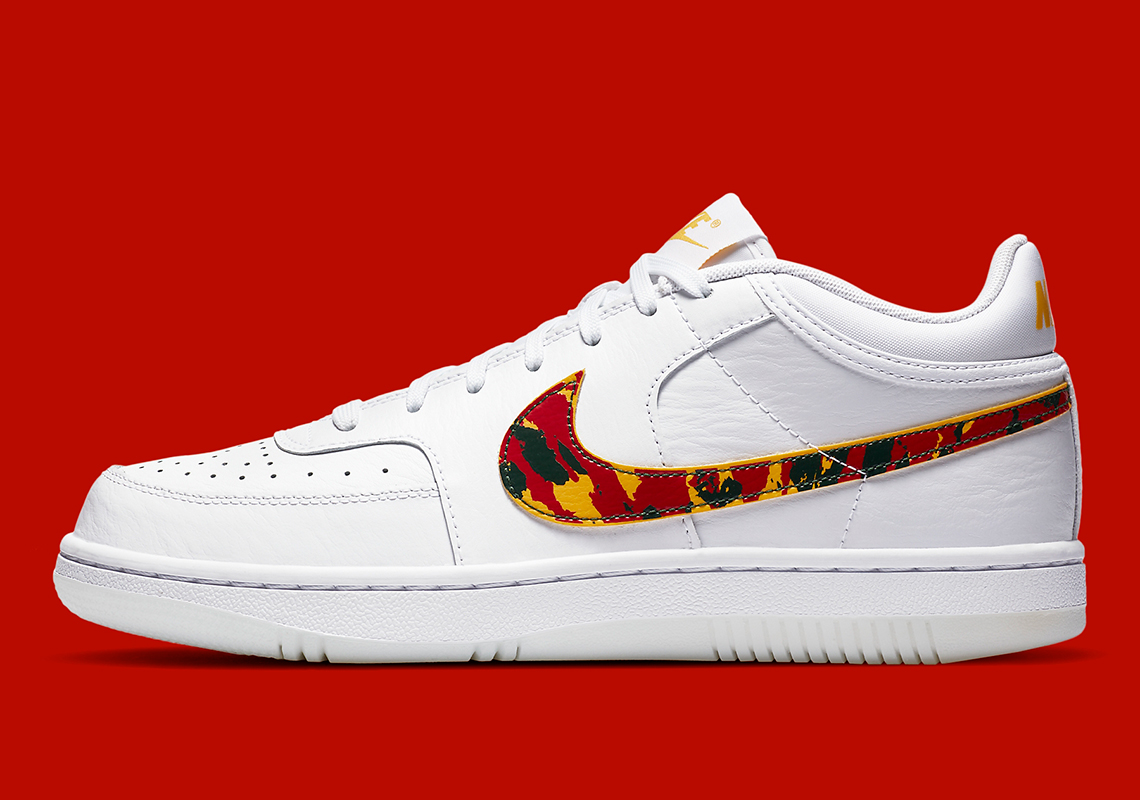 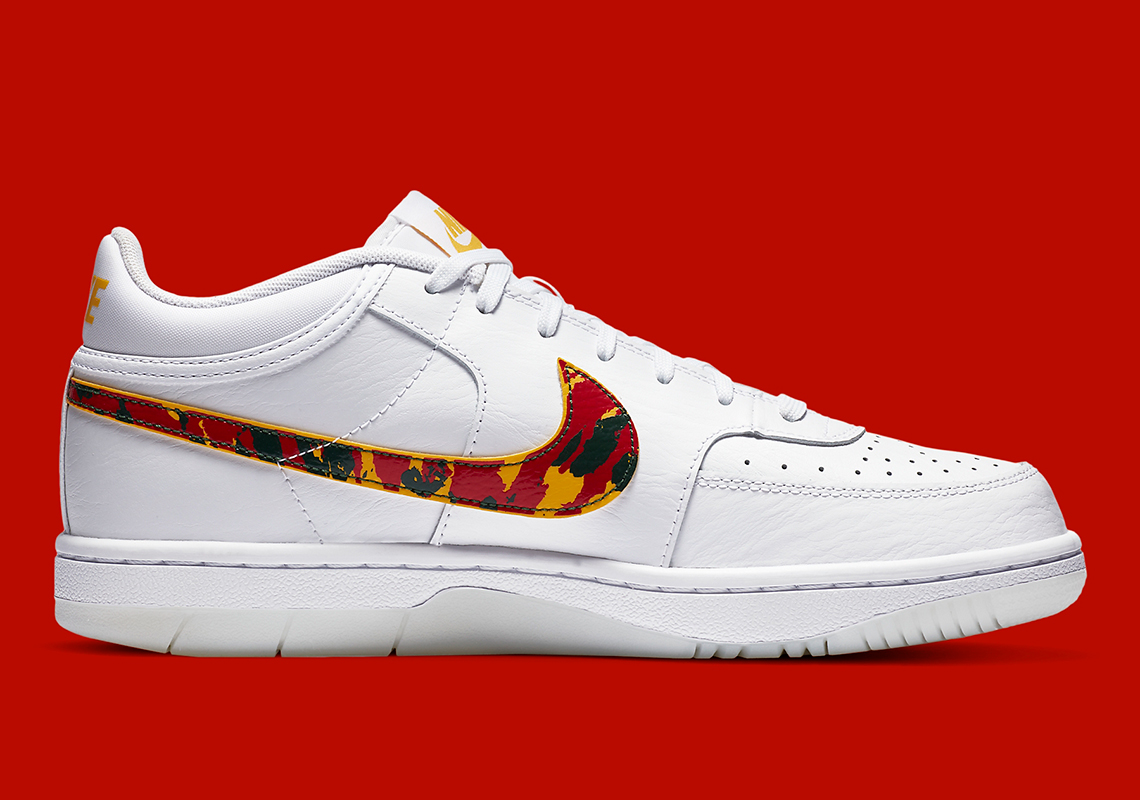 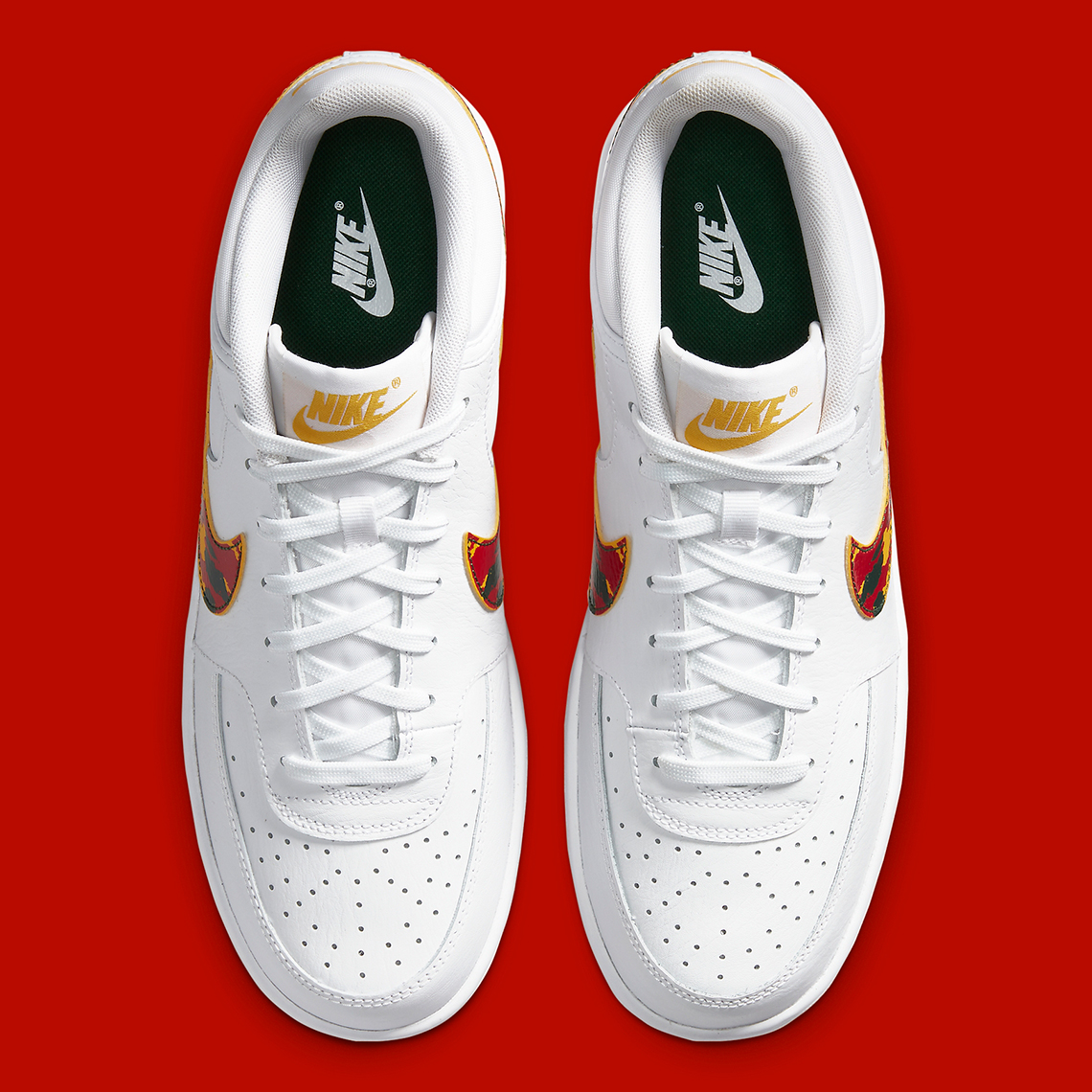 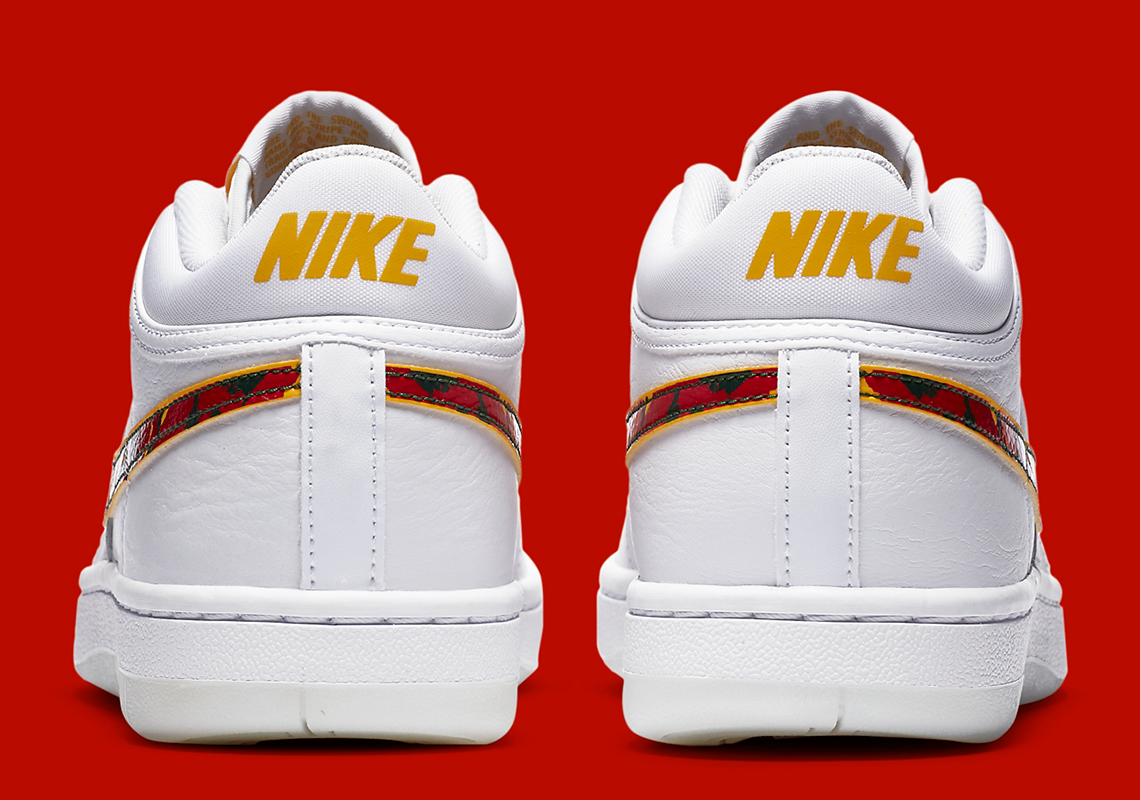 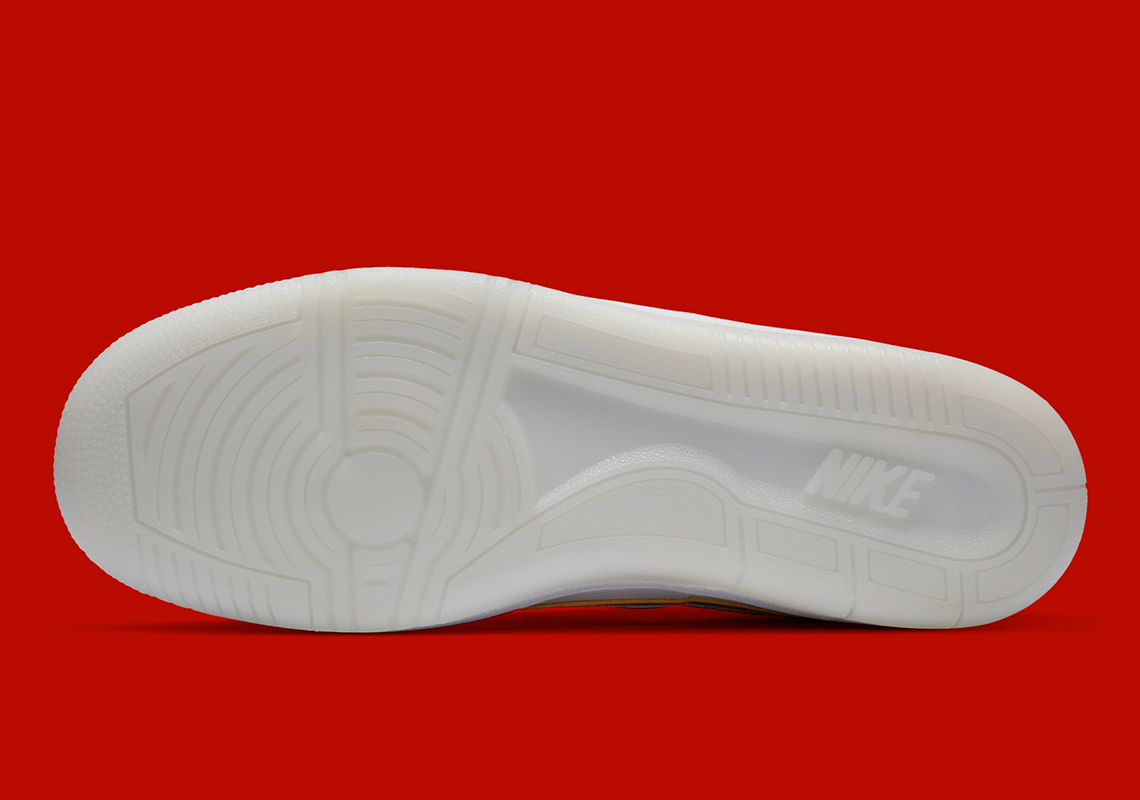 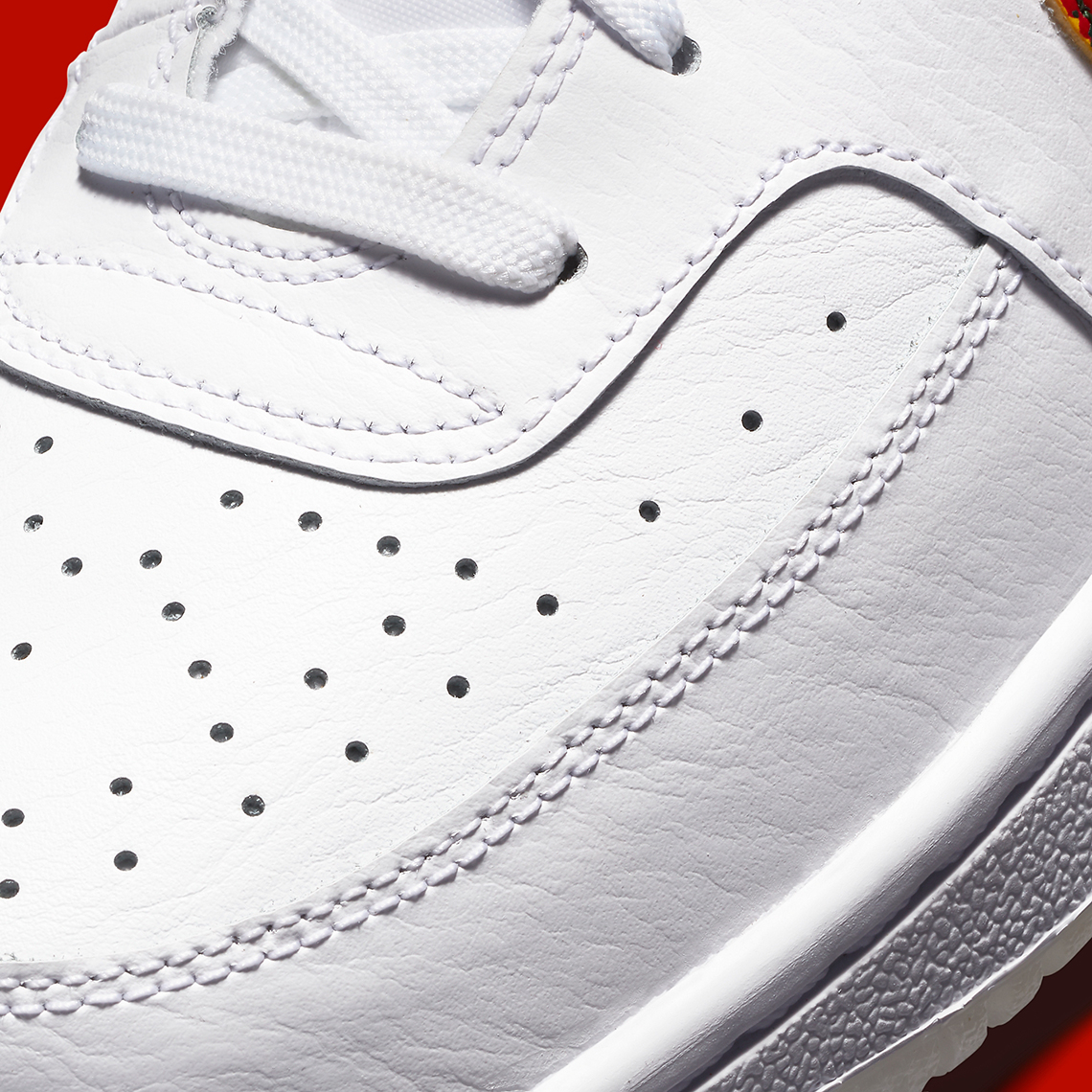 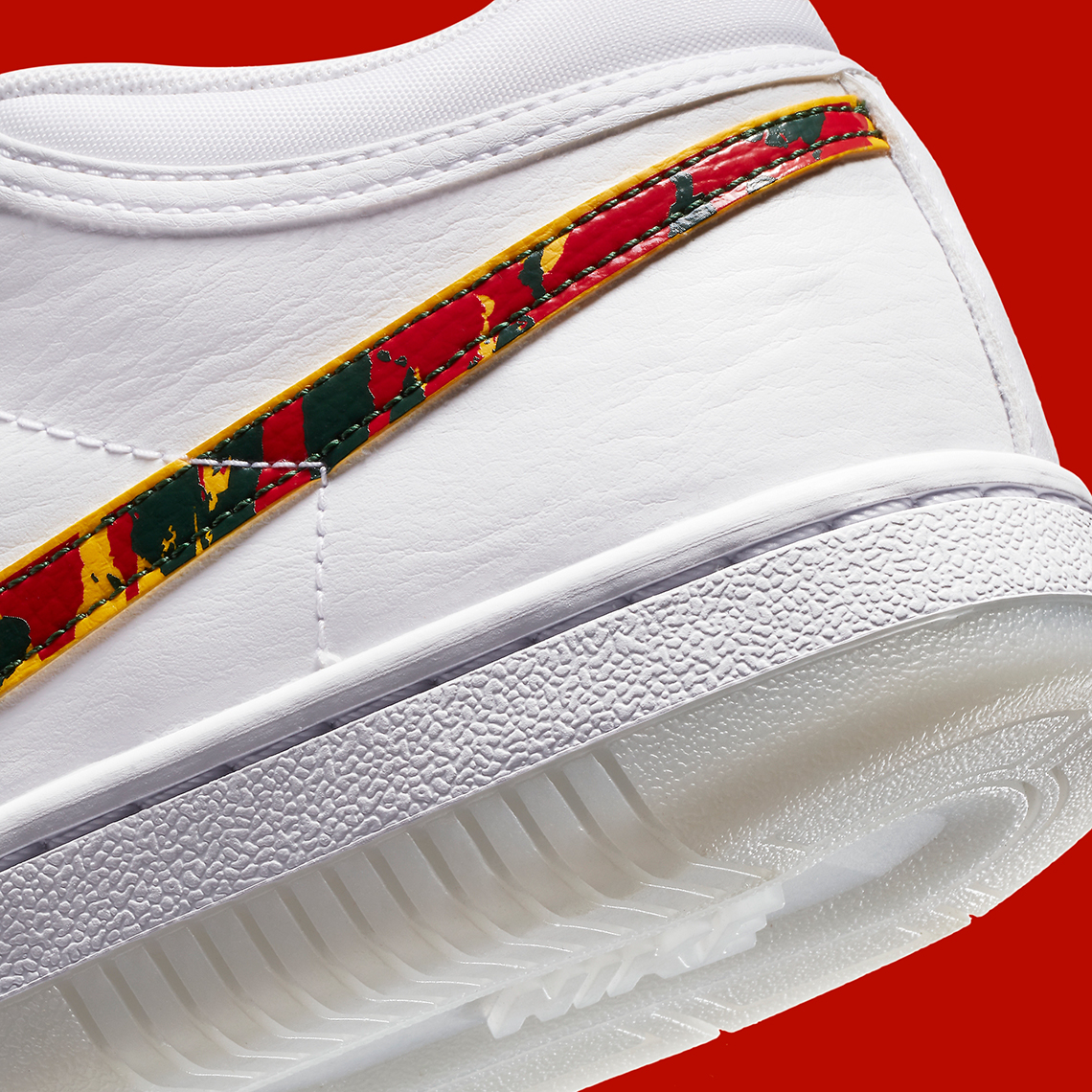