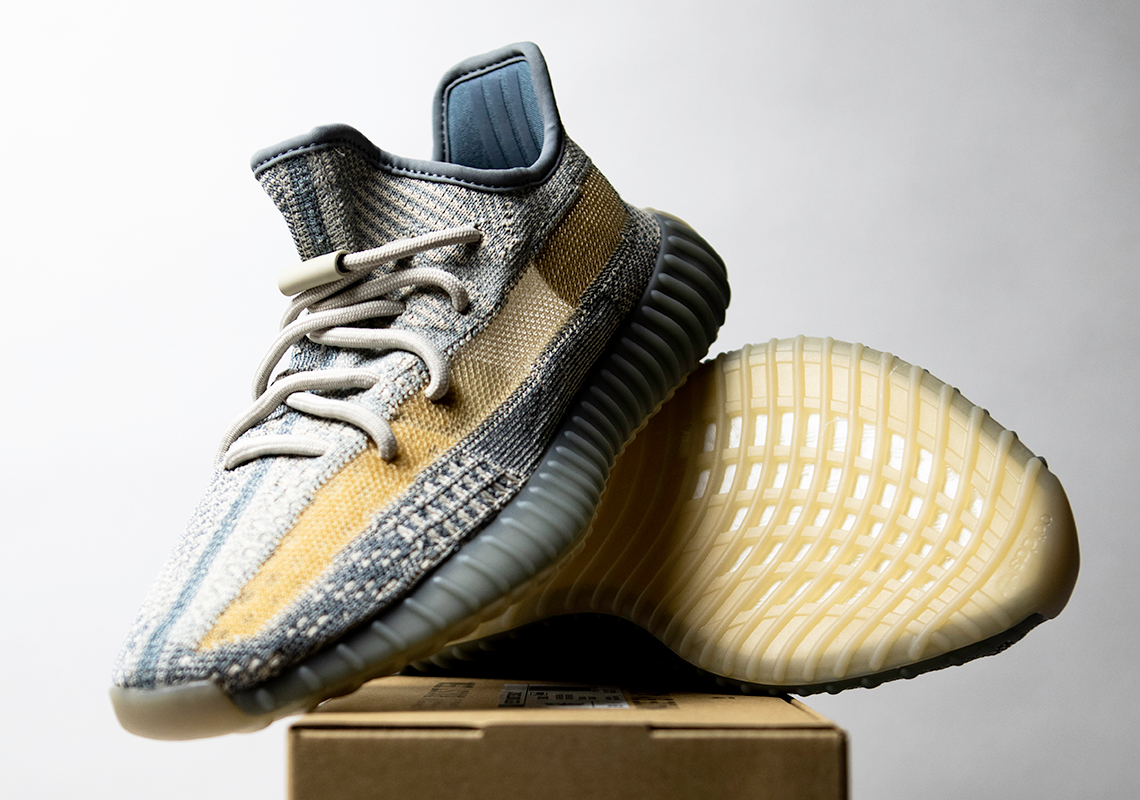 Even throughout the Summer, adidas Yeezy has kept busy. And while Kanye prepares his newly built HQ in Wyoming, the brand continues to debut a number of brand new colorways — the artist himself tweeting out standouts from the previously released Quantum to the insane D Rose Yeezy. August, though a slow month relative to the past year, opens up the Fall 2020 season with the “Israfil” Yeezy Boost 350 v2, a colorway that loosely pays homage to the arch angel of the same name.

In terms of color, the pair is not too unlike that of those who precede it. Pastel hits of blue work their way into much of the entire upper, sharing space with grey threads only adjacent. This creates a slightly marbled texture throughout the upper, its weave pattern alternating between stripes to grids and everything in between. Lateral stripes then provide ample contrast in their mustard yellow, a warmer shade that complements the gum along the sole’s embedded sections. Its midsole walls, by comparison, are far darker, dressing up with a more saturated cool tone that is used again along the lining.

Grab a look at our beauty shots right below, and if you’d like to secure a pair, they’re dropping on adidas.com today, August 22nd.

In other news, an atmos ZX 1180 Boost was just revealed. 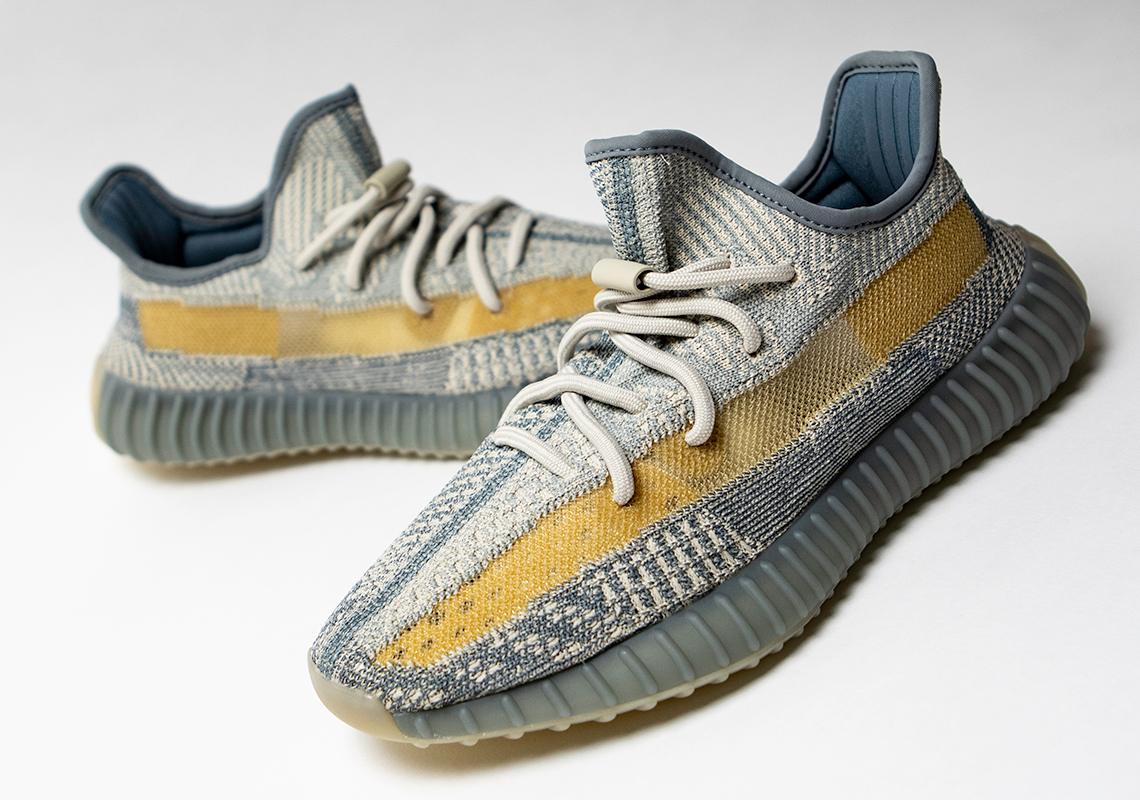 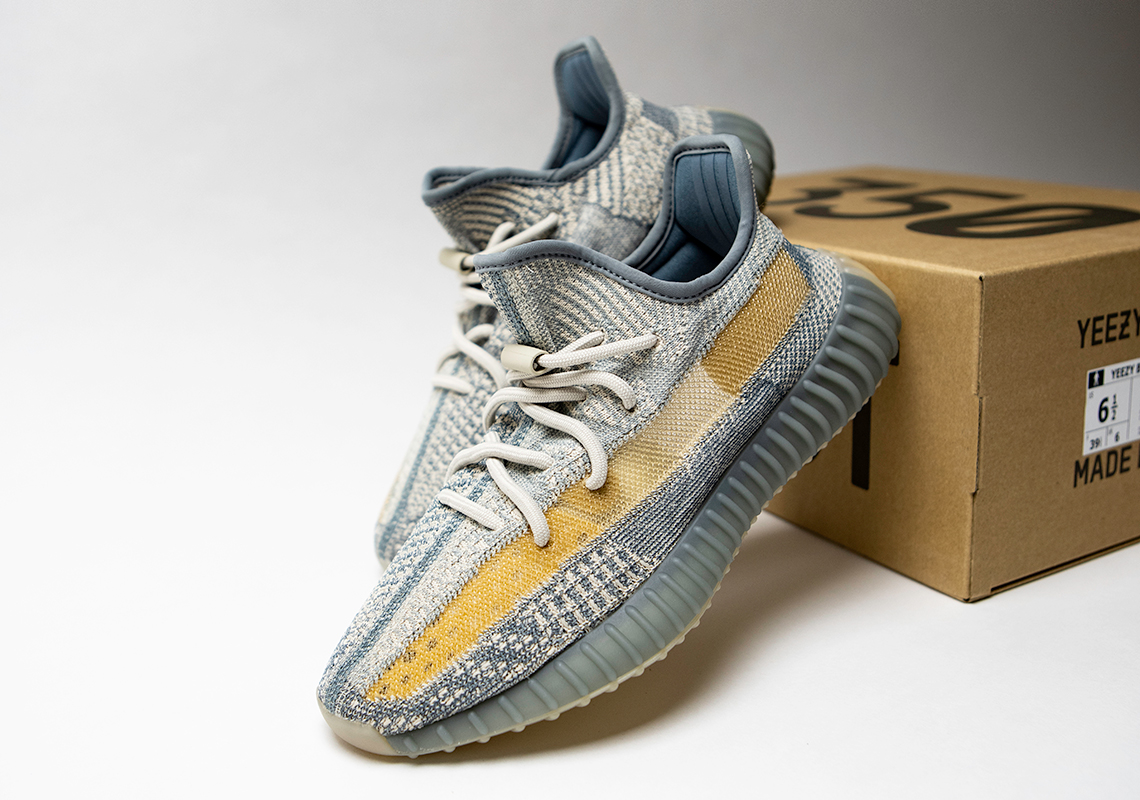 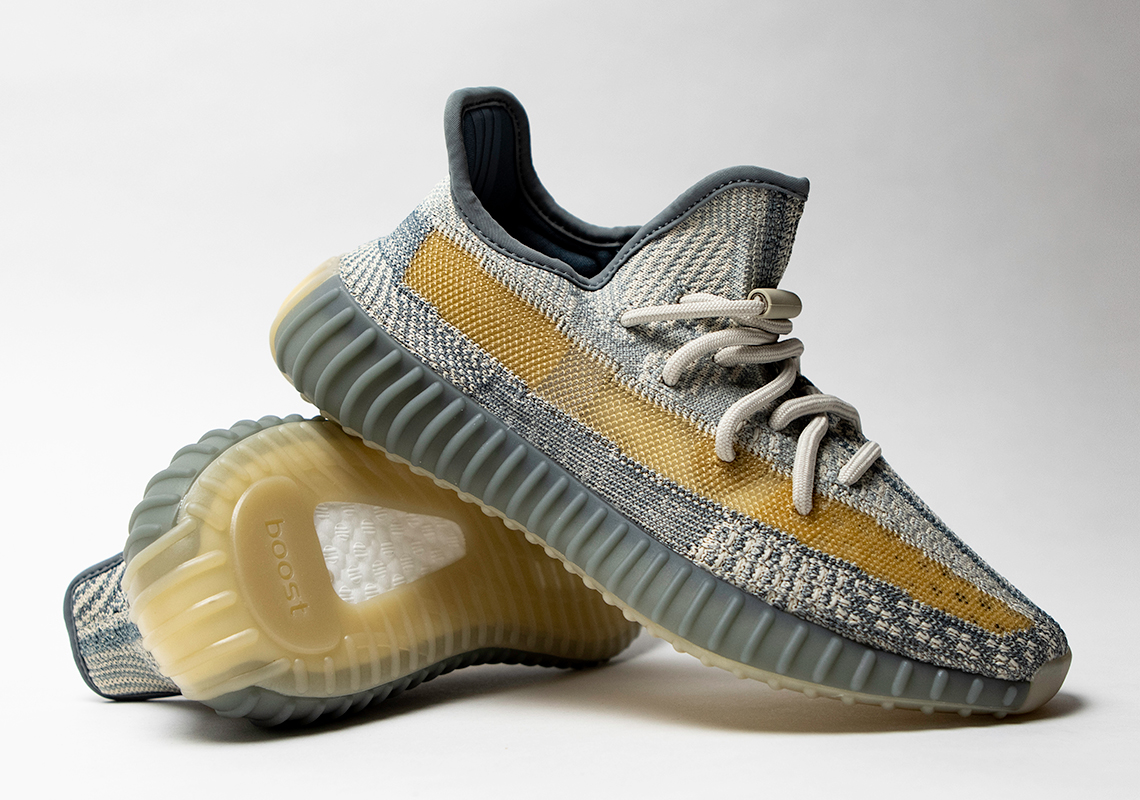 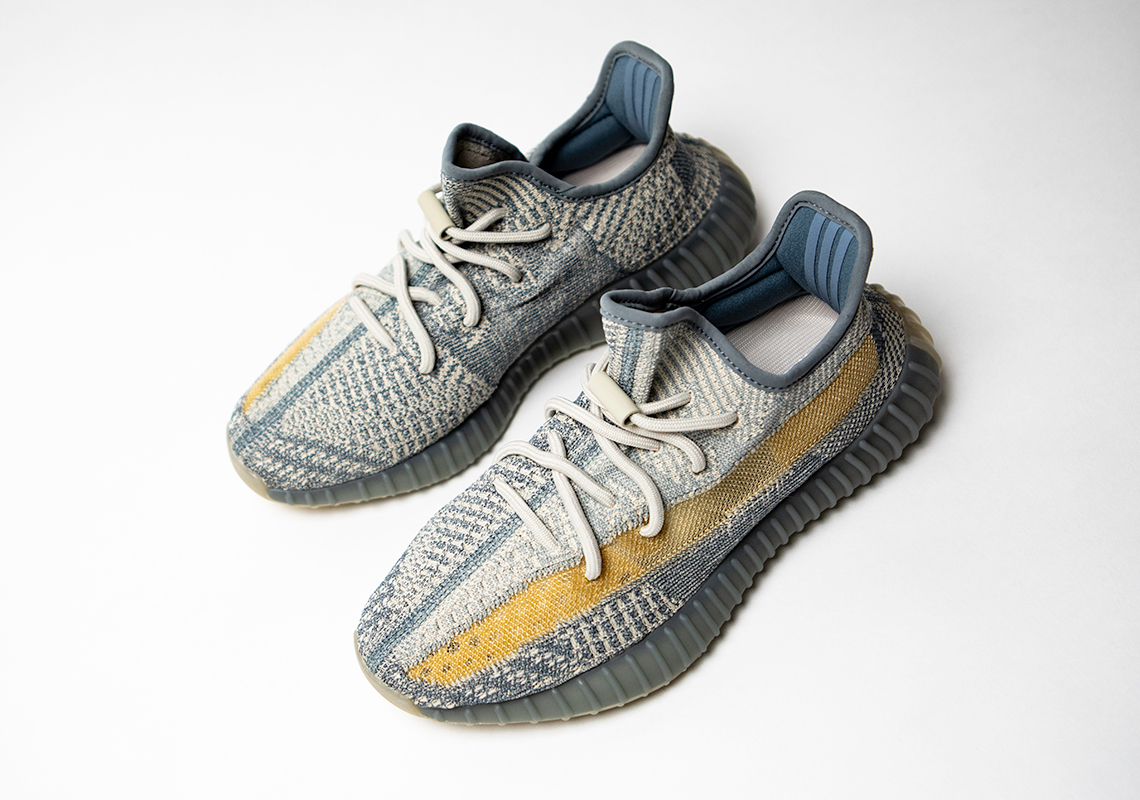 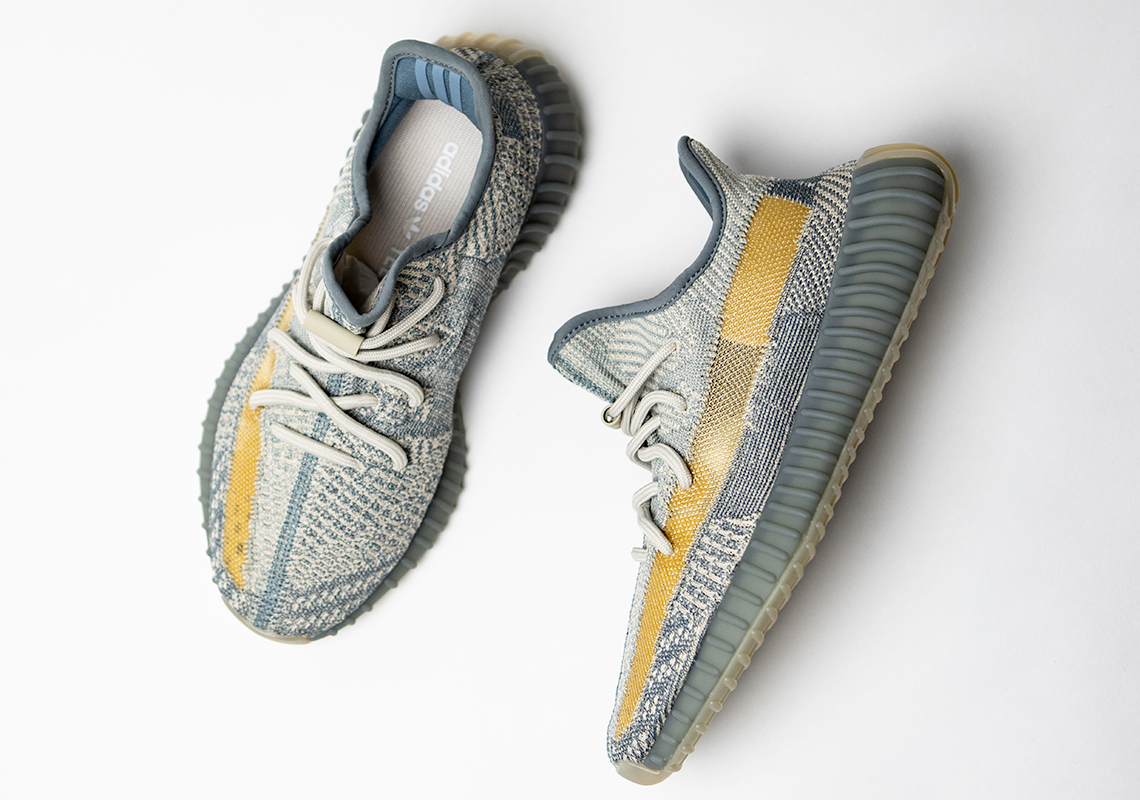 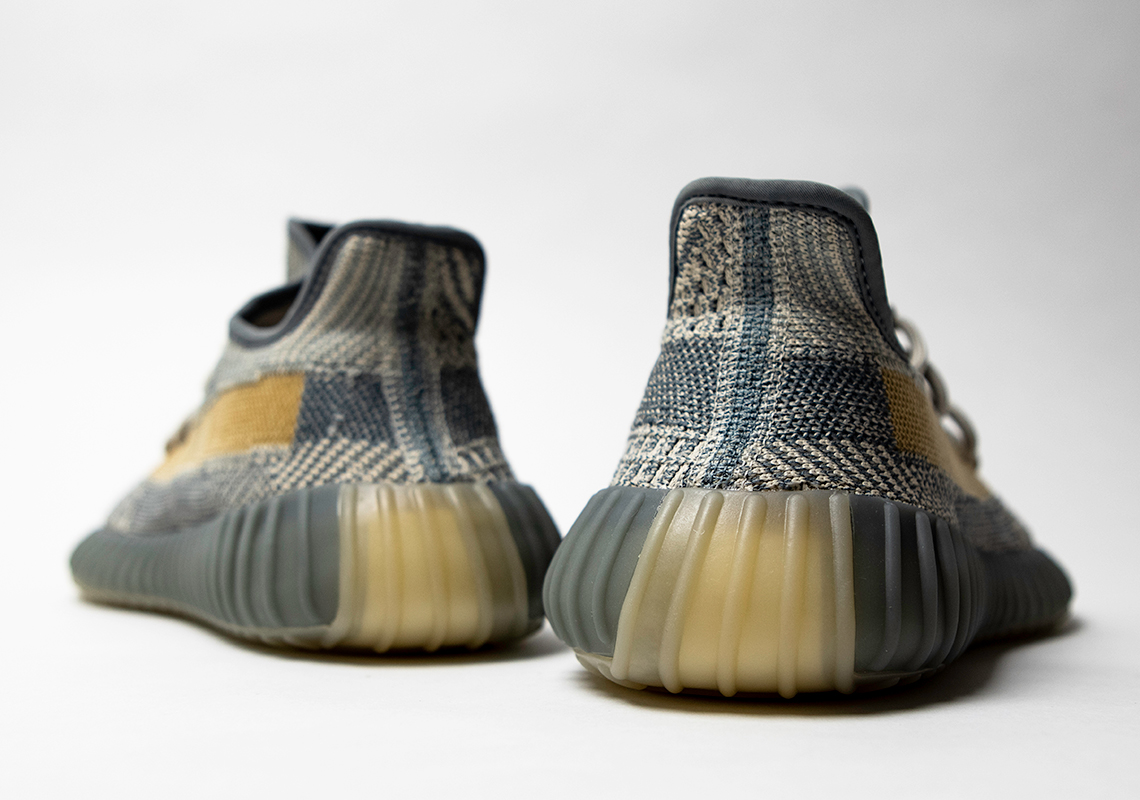 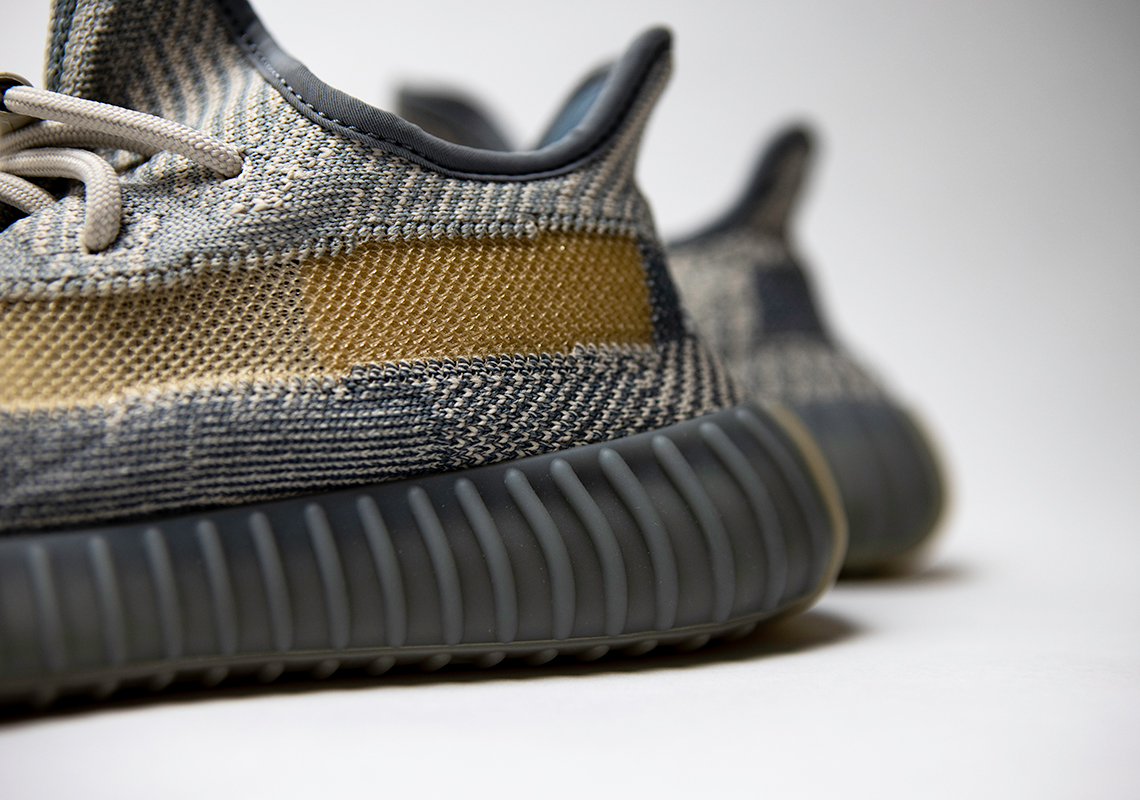 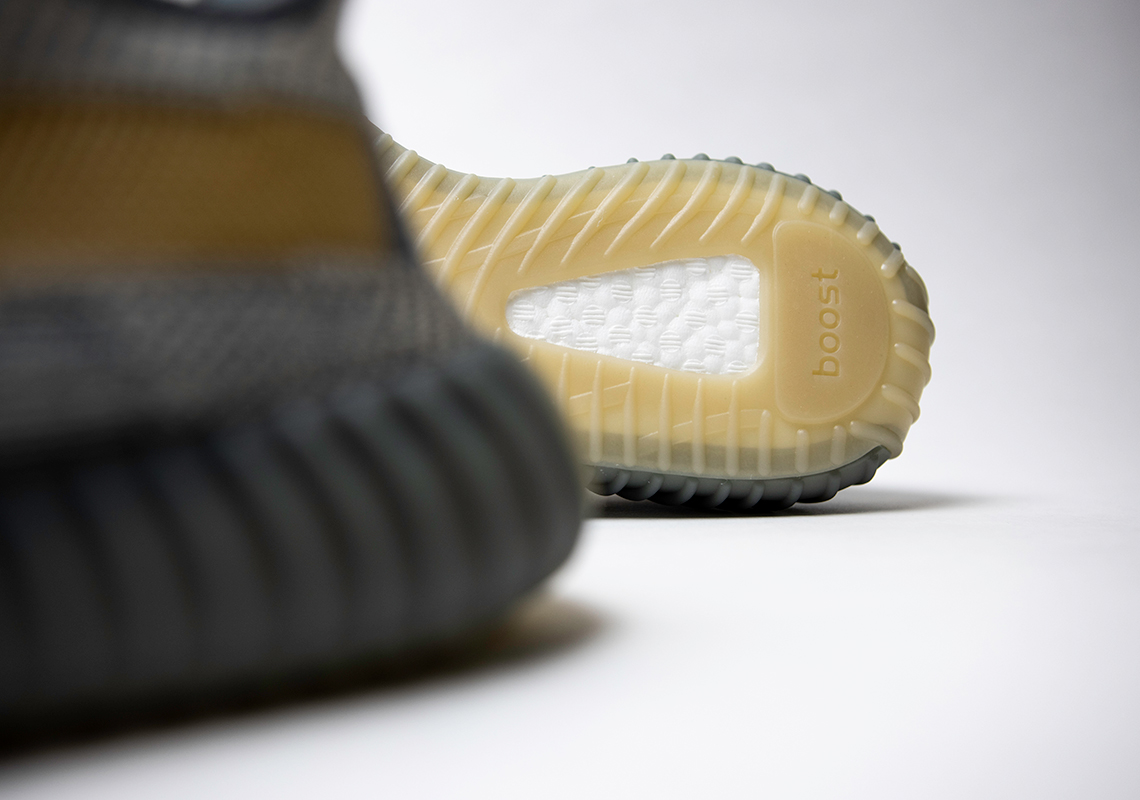