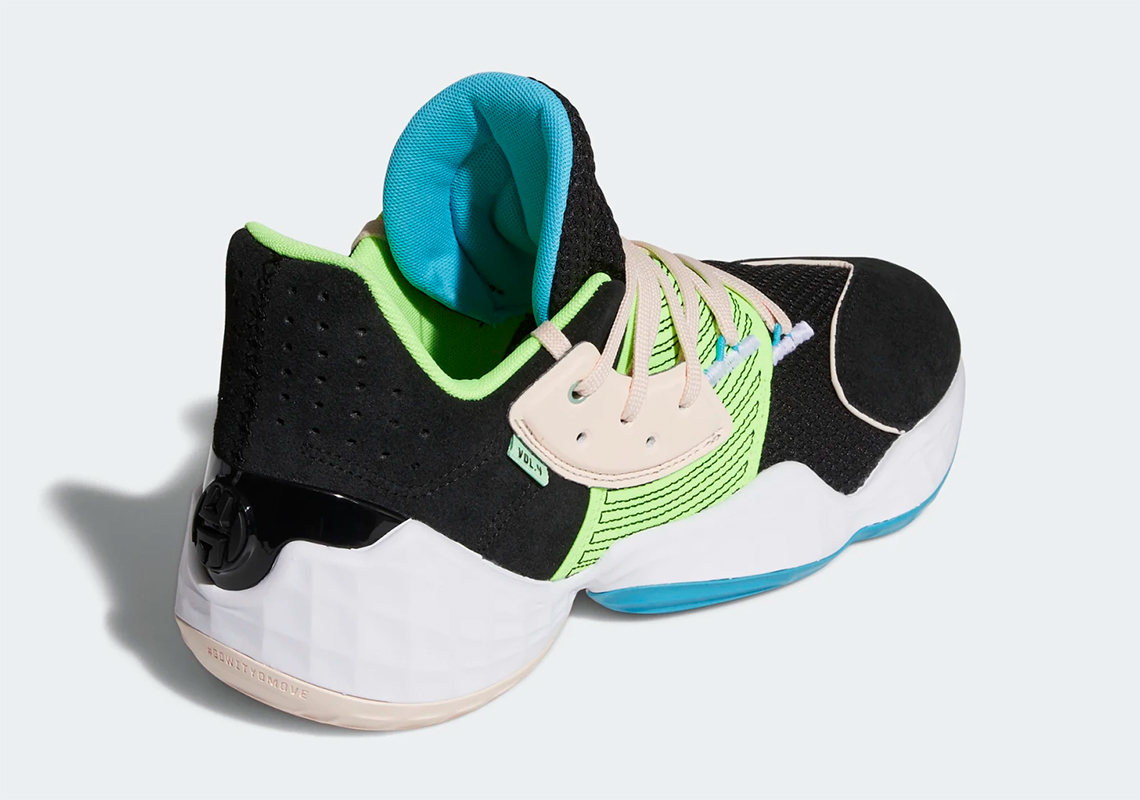 Currently down in Orlando, James Harden (and his enormous quarantine beard) is in the midst of getting his Rockets team to find a better rhythm so they can eventually knock out former teammate Chris Paul and the rest of that young and scrappy OKC Thunder squad. And like his fellow adidas Hoops athlete Donovan Mitchell who has taken the liberty of showing off more of his signature releases, the step-back king is hopping on the sneaker drop train and taking a moment to bless fans with his latest Harden Vol. 4 colorway.

This time around, there’s no McDonald’s sauce-inspired decor, but rather an effective mixture of dark, pastel, and neon hues. Most of its complexion is highlighted by the stealthy surfaces that make up its base, but its the accents here that energize these basketball kicks. Congregating near the mid-foot, you’ll find the mid-foot overlay designed with repetitive noodle like design lines against a “Signal Green” background which are layered beneath a “Pink Tint” lacing/leather cage system. Furthermore, three-fourths of the treading, as well as the interior tongues level up its vibrance with bright blue coatings. If you’re interested in picking up a pair, they are available now in the stores listed below. 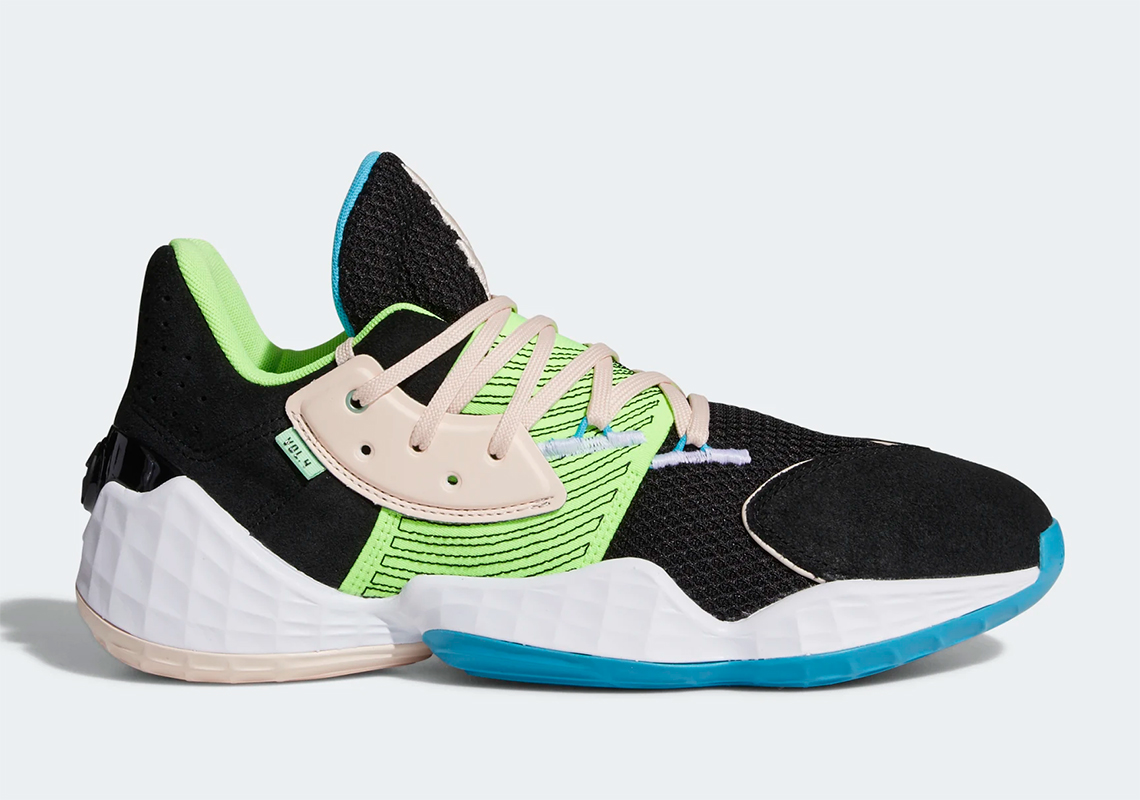 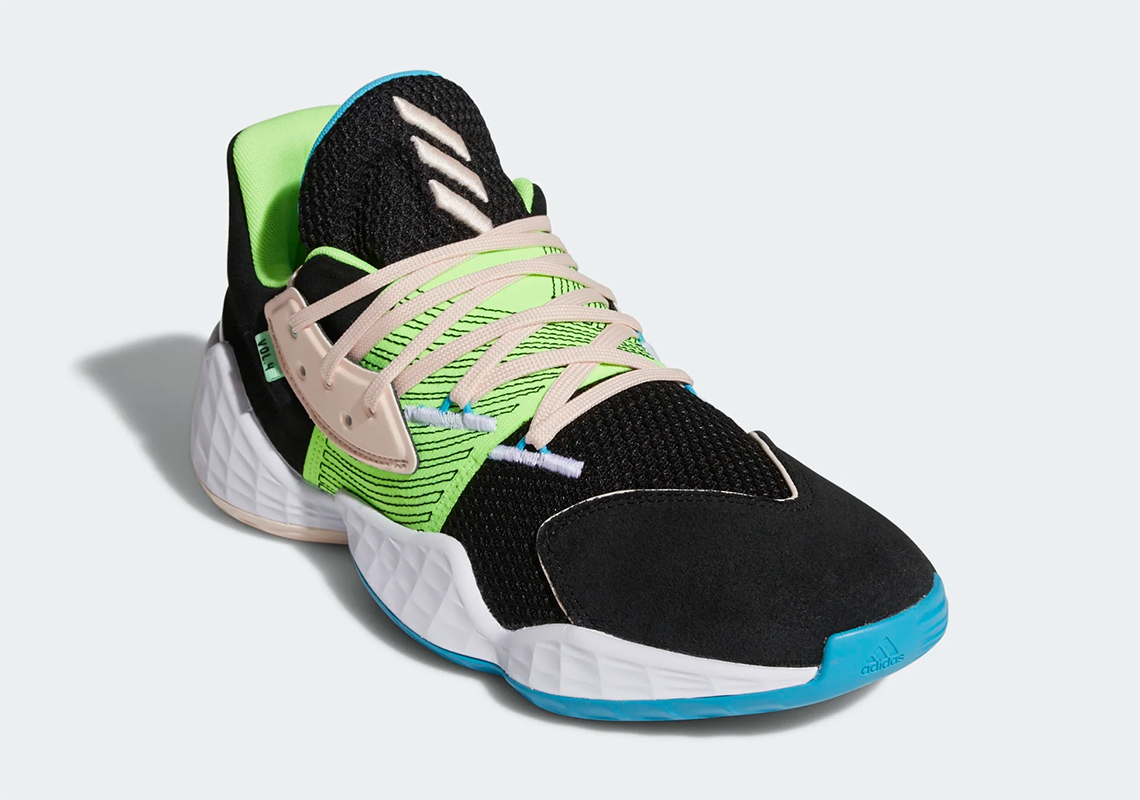 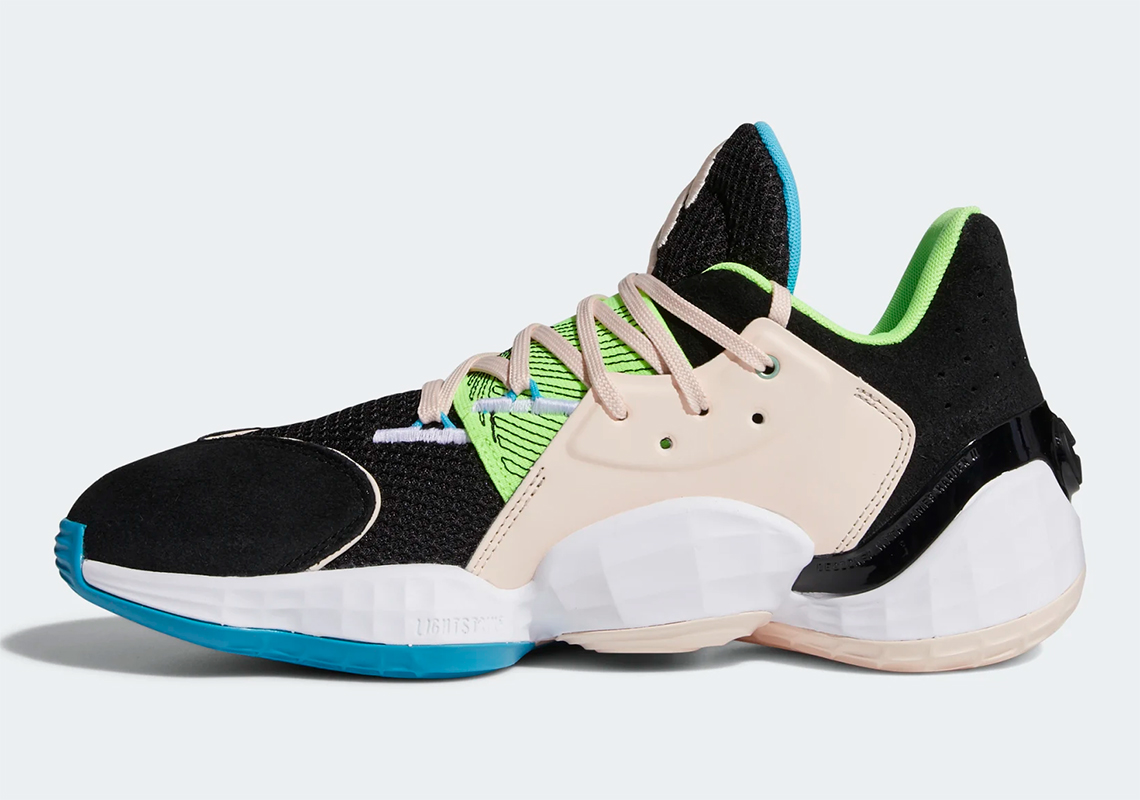 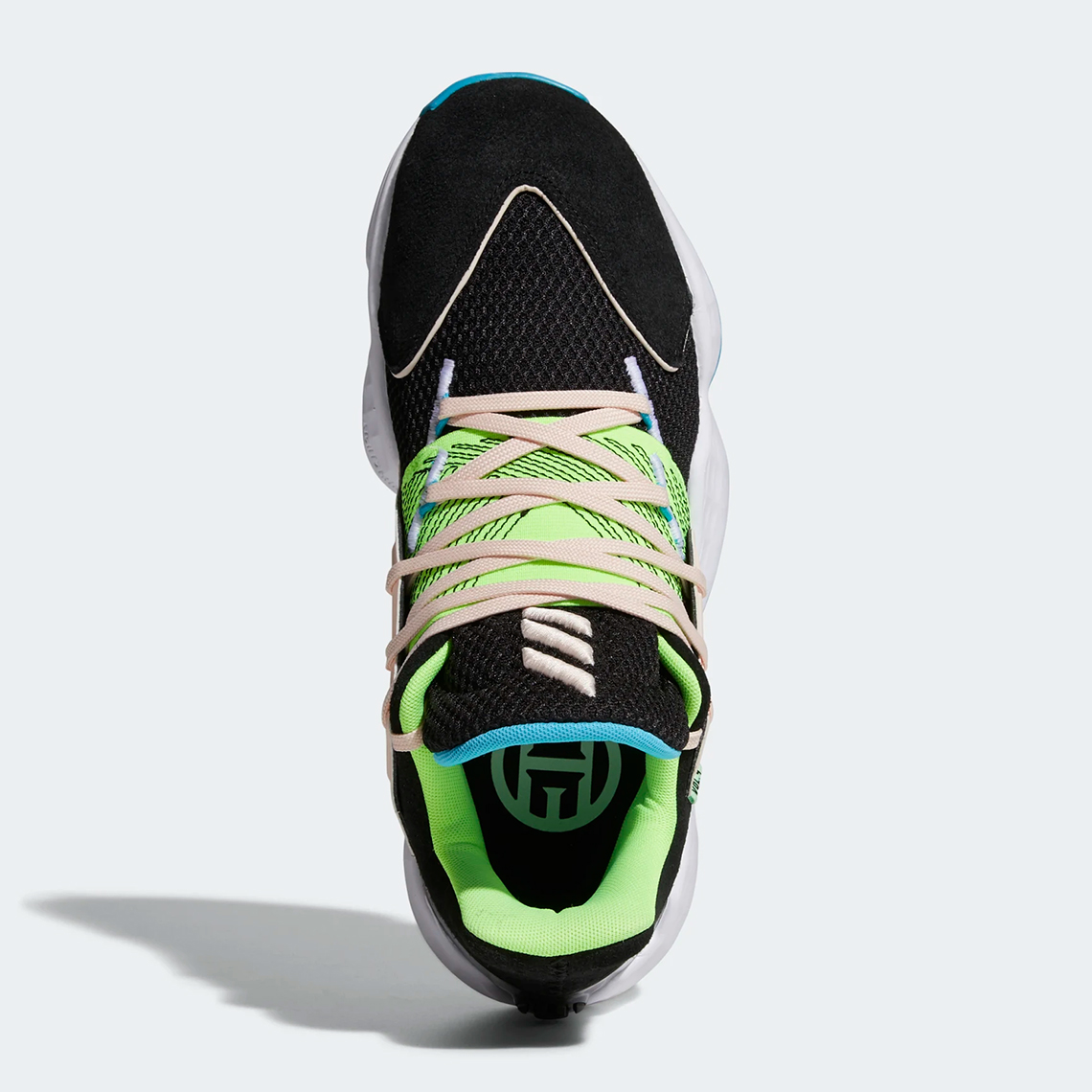 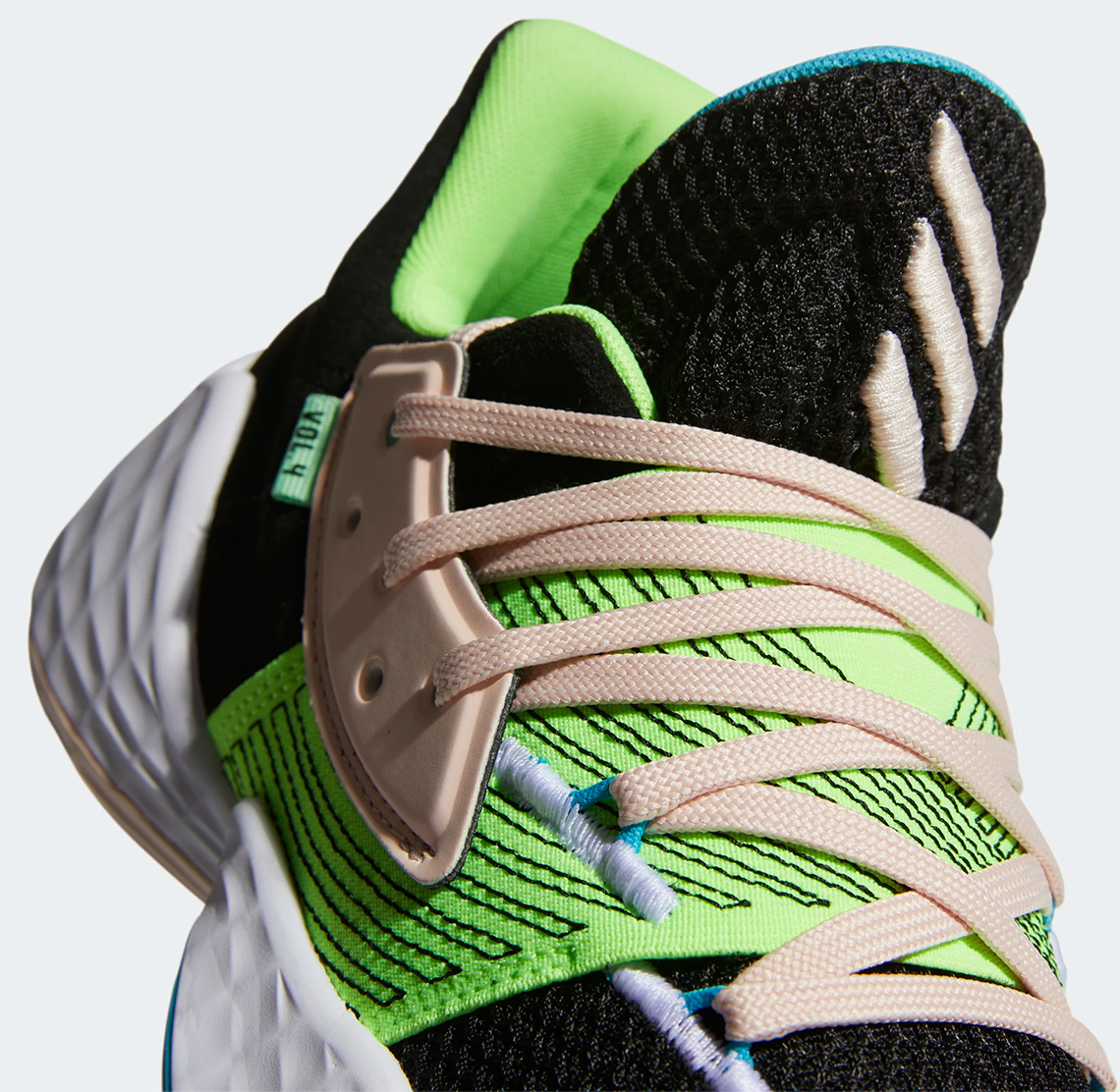 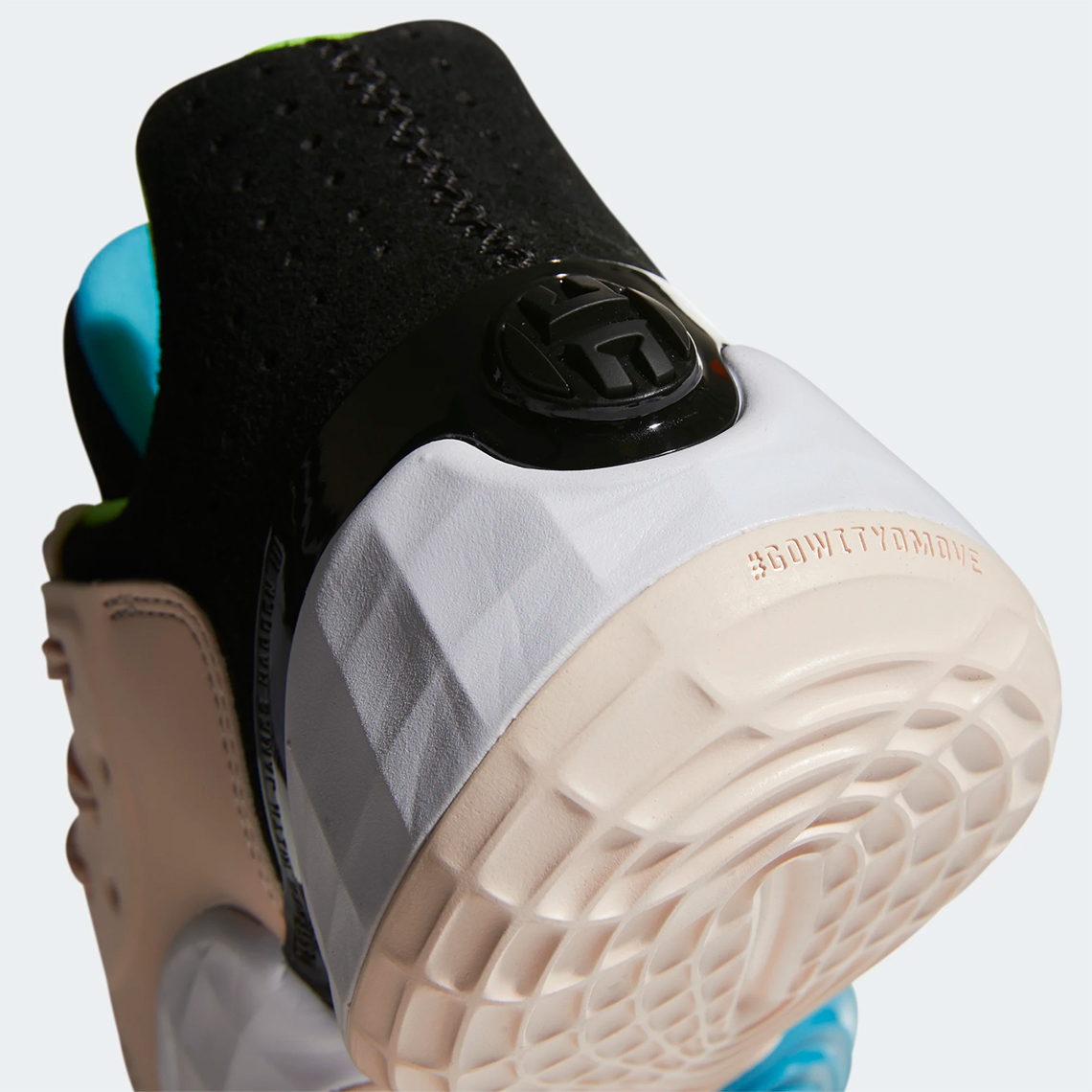 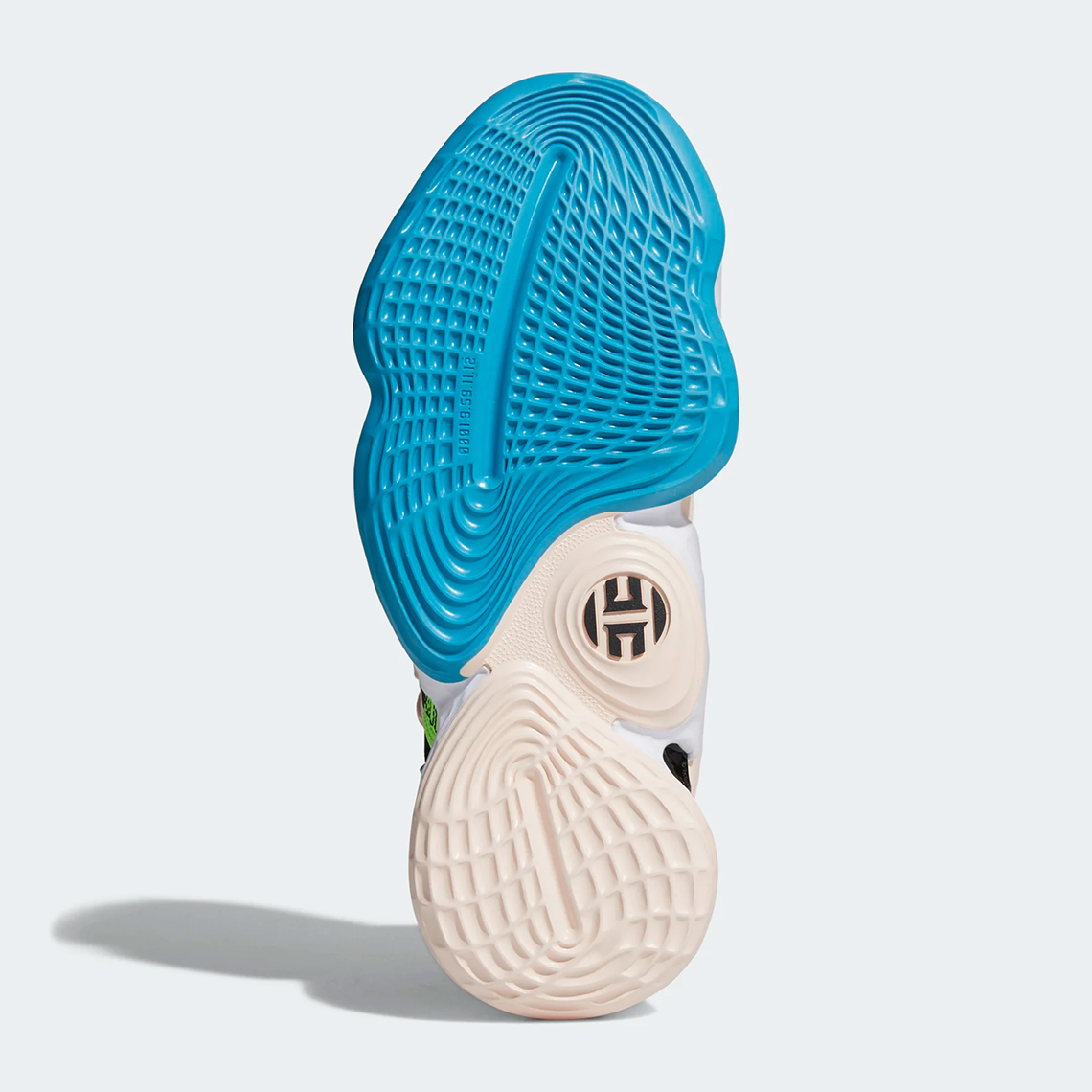