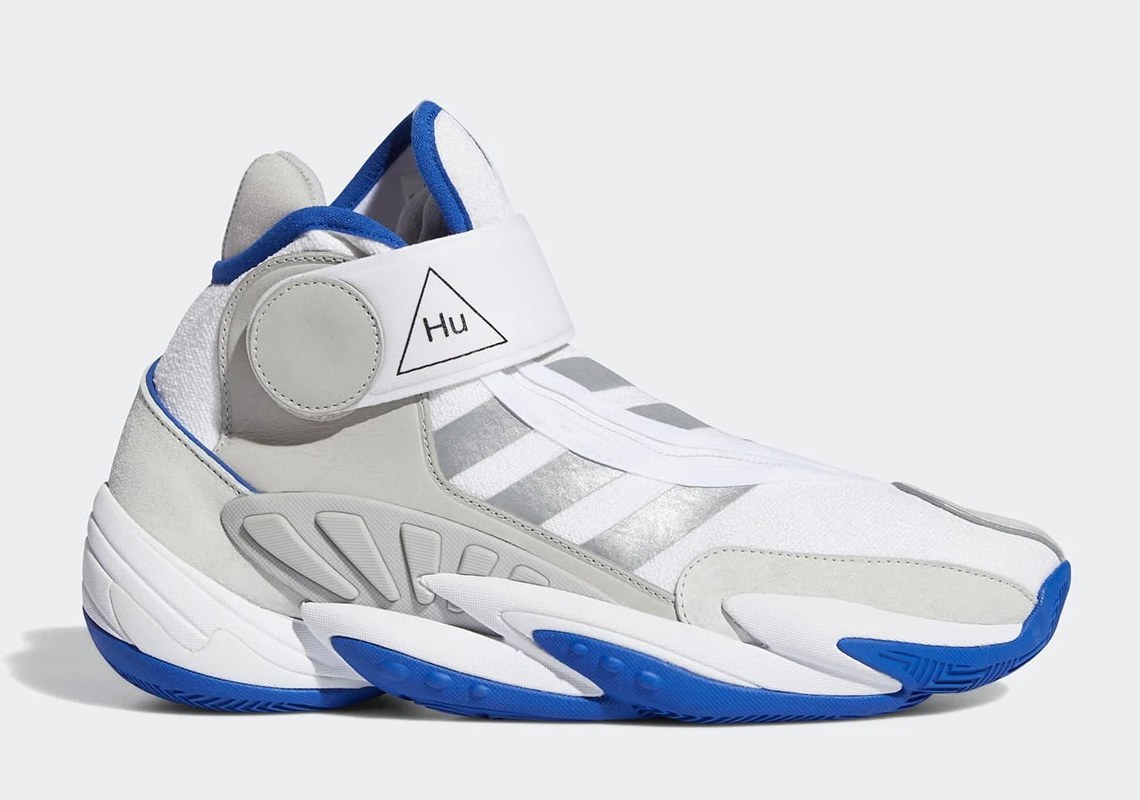 Creatively, Pharrell is in the zone right now as he’s unloaded a handful of projects including that of his recent single “Entrepreneur” with Jay-Z, as well as several product launches with the Three Stripes including a new line of Human Race apparel basics, NMD HU‘s, and Boost-infused slides. And now, the multi-hyphenate is tapping into the realm of footwear again to further advance the range of his adidas PW 0-60.

Straightforward in design, this next installment is anchored by the “Core White” textiles that comprise its uppers, as well as the “Collegiate Royal” trim that accents atop the liners and soles for a color combo reminiscent of Kansas University colors. This makes sense considering that the Jayhawks’ athletics program is sponsored by German sportswear brand. In terms of the rest of its look, the stripes shimmer with metallic silver skins, and the overlays/triangular mid-foot molds complement with light neutral grey outers. For those interested in copping, you can expect them to drop on adidas.com come September 26th for $250 USD.

For other news, the Minions Reebok Instapump Fury colorway is set for a release on 10/1. 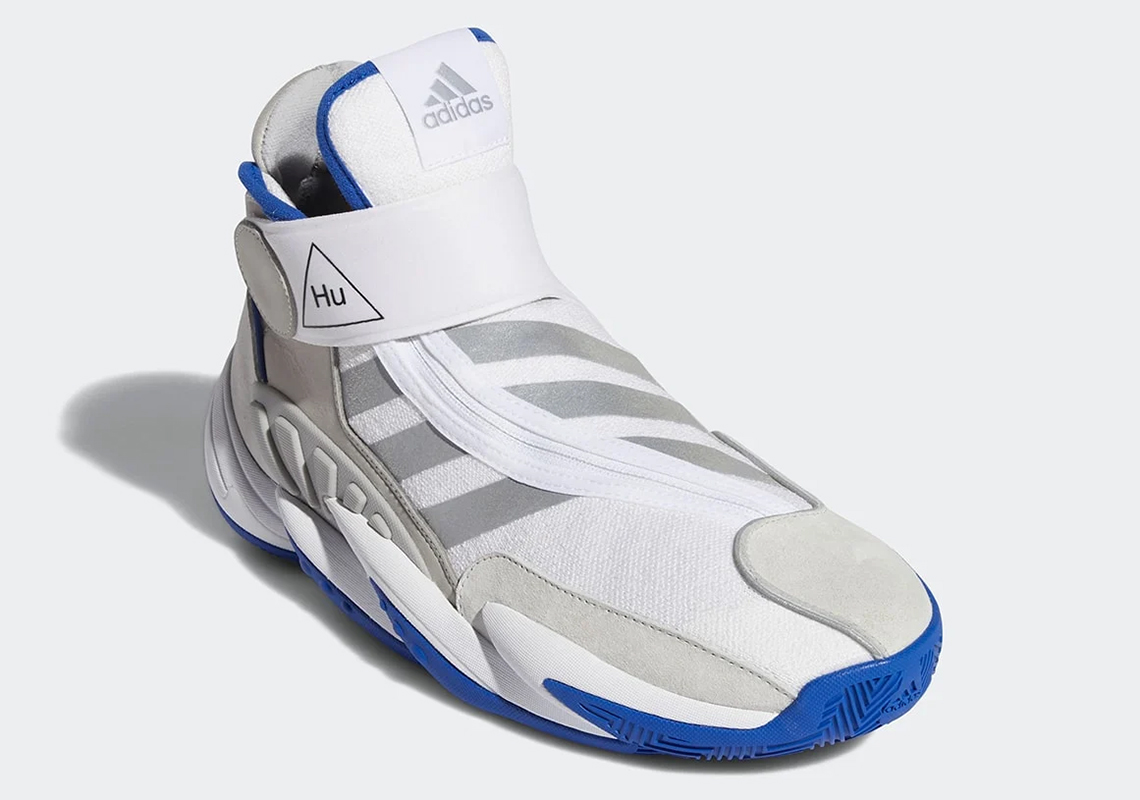 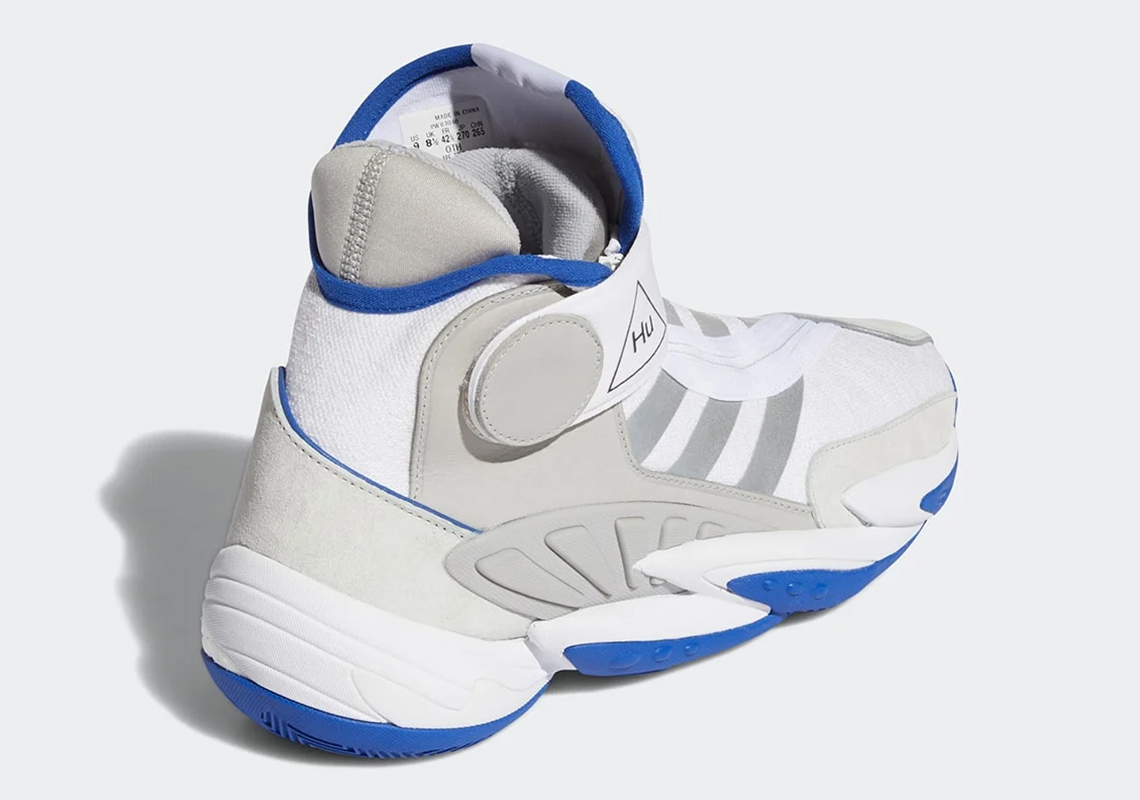 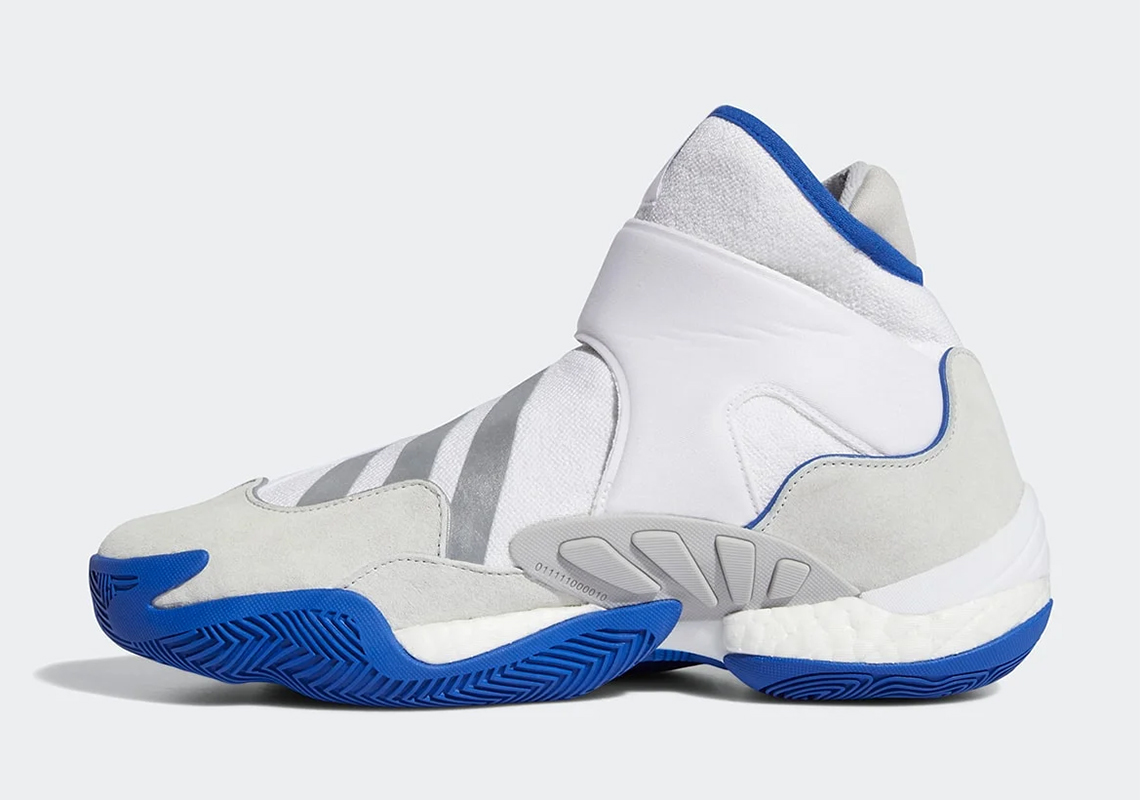 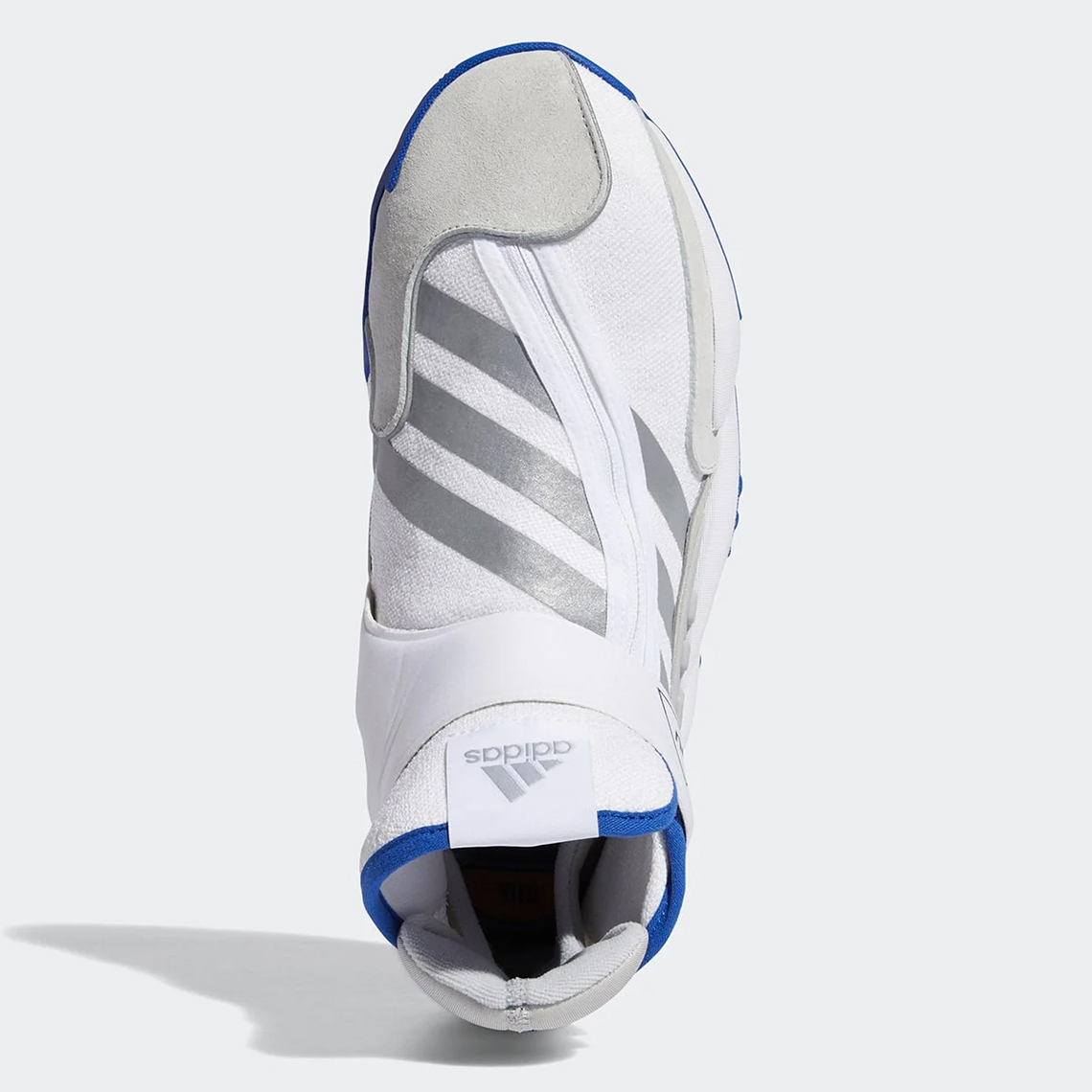 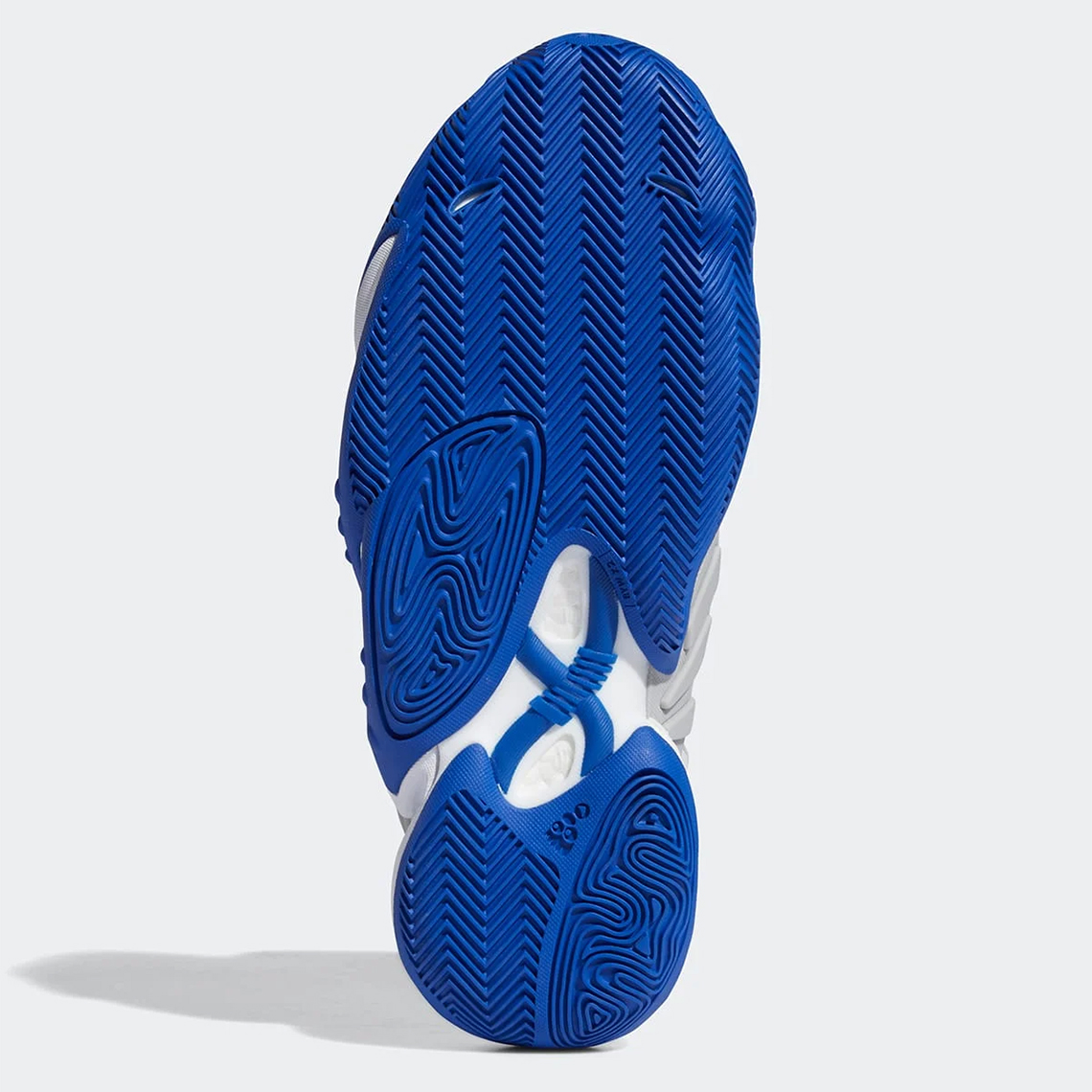 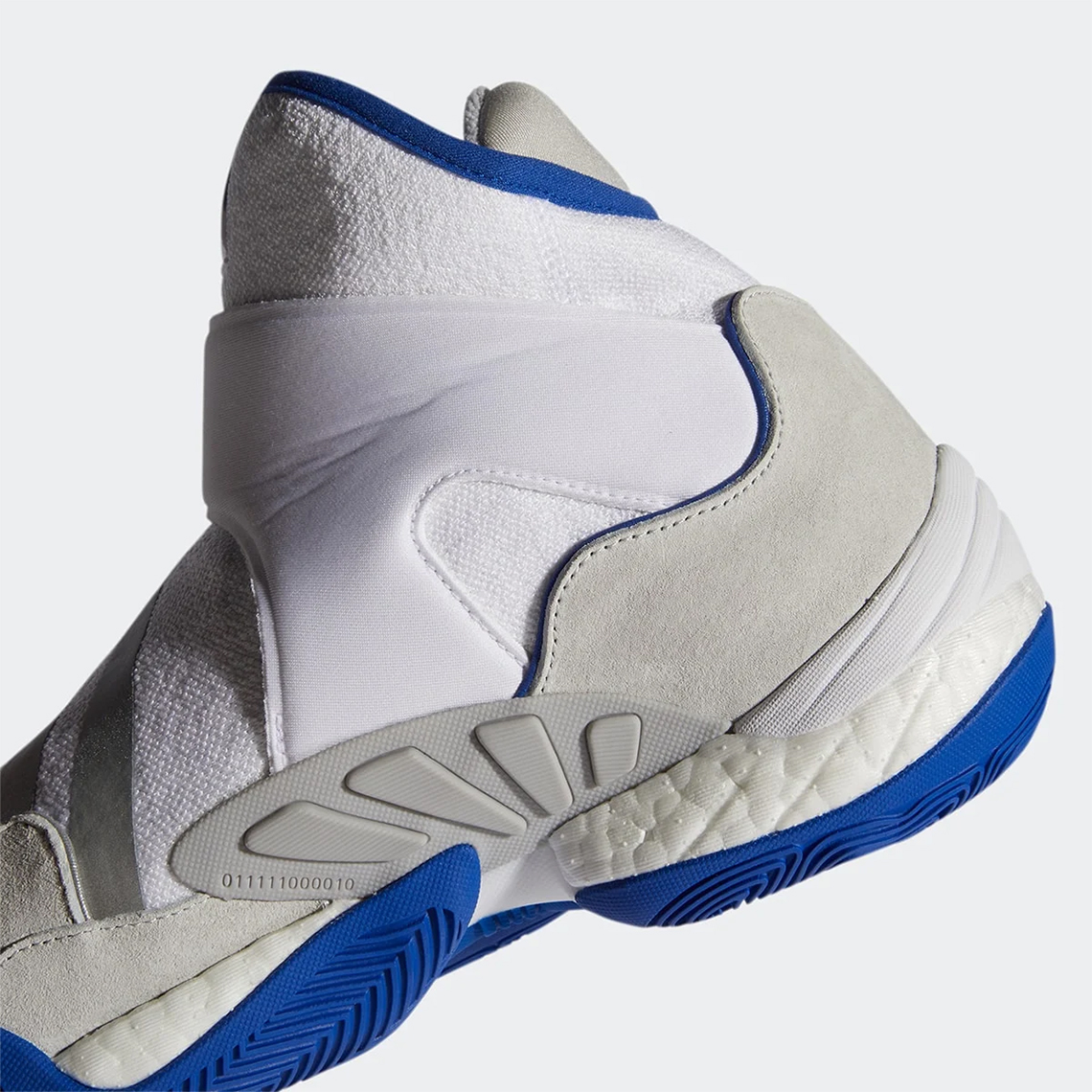 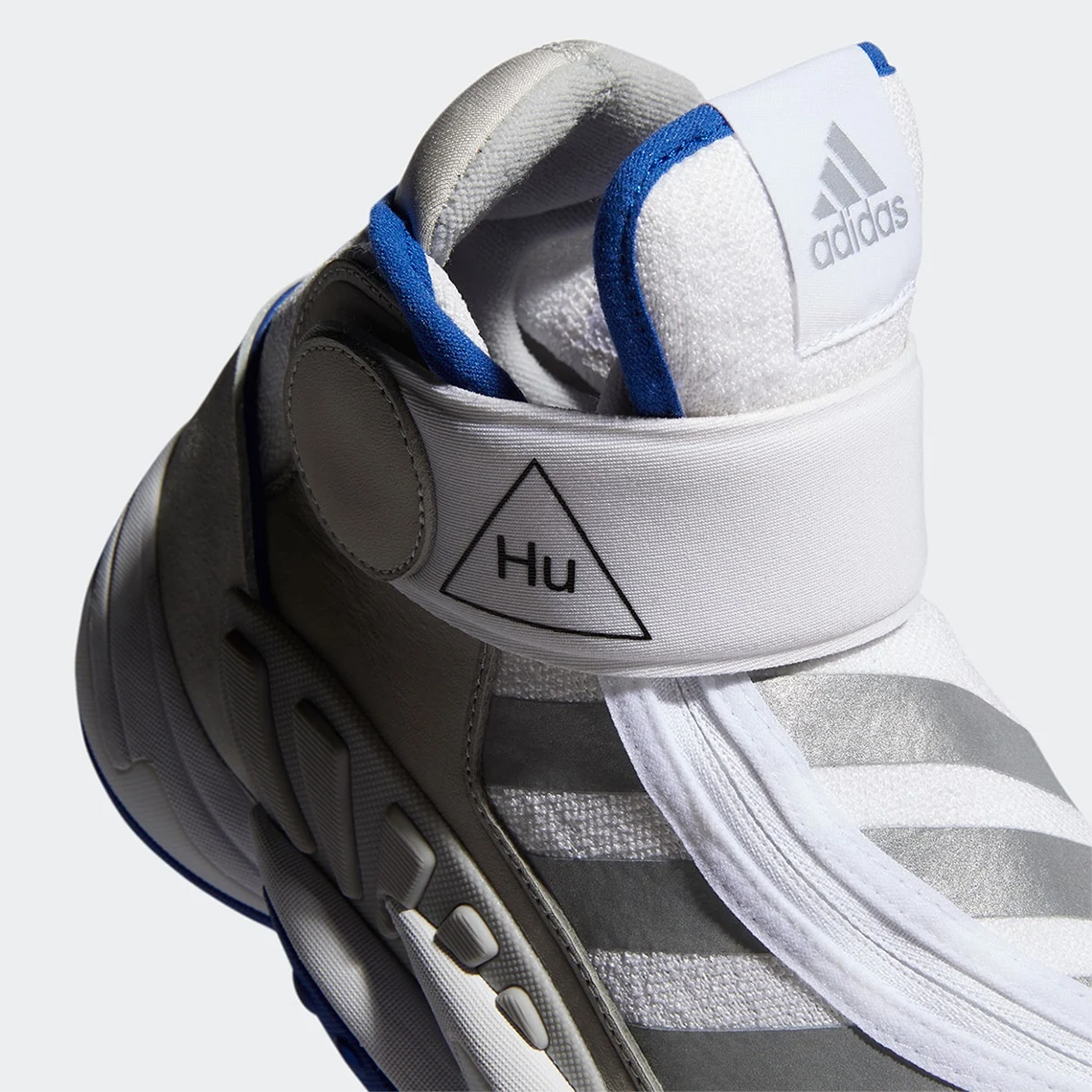 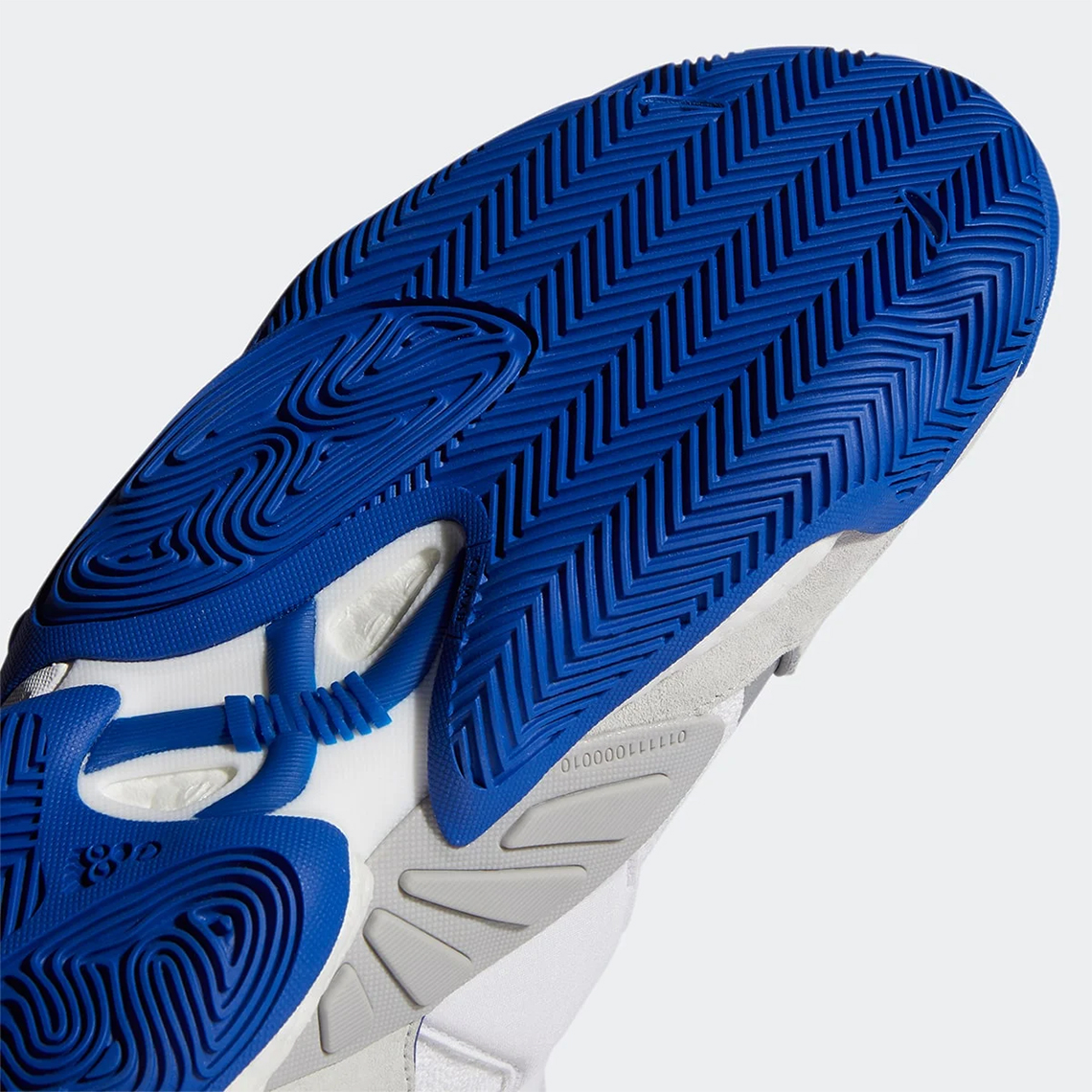