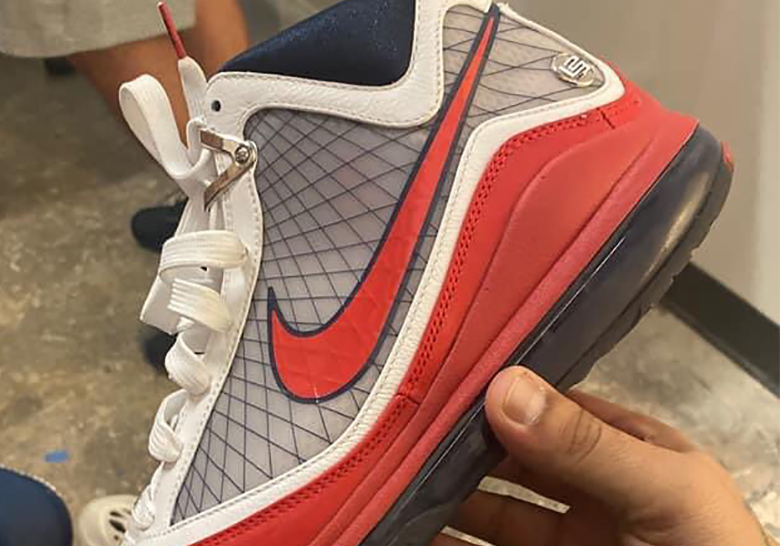 Nike LeBron 7 Gets A USA-Style Colorway For Early 2021

LeBron‘s ever-growing line of Nike signatures has arguably been its most volatile this past year, the 17 evident of this as it quickly went from high to low to Graffiti-inspired. And now, though the LeBron 18 is just beyond the horizon, the brand is still proffering more modern releases of the LeBron 7, following up the previous MVP and Lakers pairs with a USA colorway that heavily resembles the PE Diana Taurasi wore on court.

A near identical match, the upper leads with a palette of red, white, and blue, the latter the least used as it dyes the collar and the grid graphic that sublimates atop the synthetic mid-panel. Above, swooshes paint oversized in “University Red,” matching that of the patent mudguard as well as the midsole whose cushioning underneath lies subtle in black shading. White tumbled leather then outfit in between, surrounding the aforementioned print from the heel counter to the vamp and the around to the eye stays. Typical insignia seems to stamp at the heel alongside, likely accompanying even further co-branding at both the tongue and insole.

Grab a quick look at these here and expect a release to arrive early 2021.

In other news, the Fragment Jordan 3s release very soon. 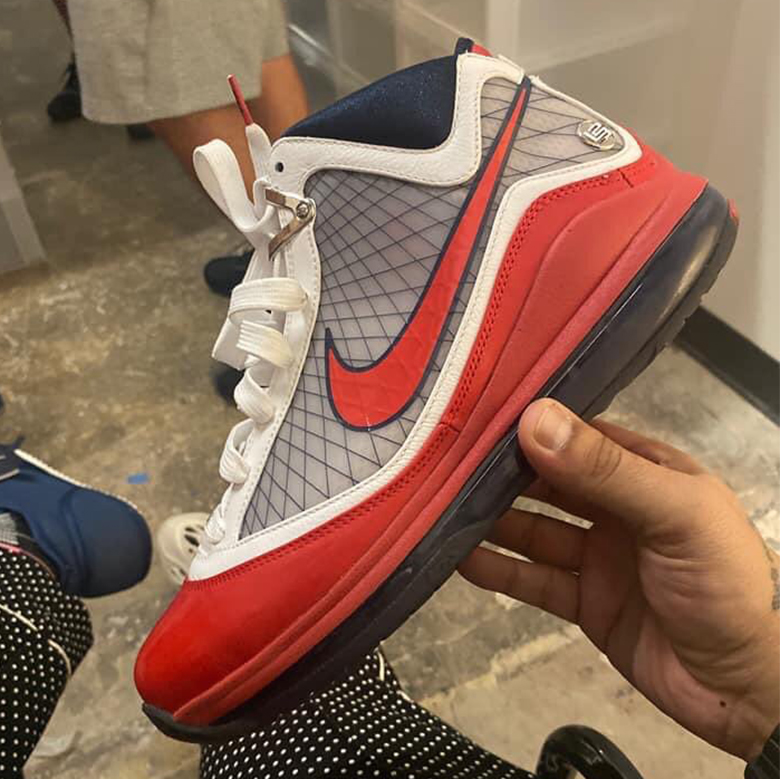