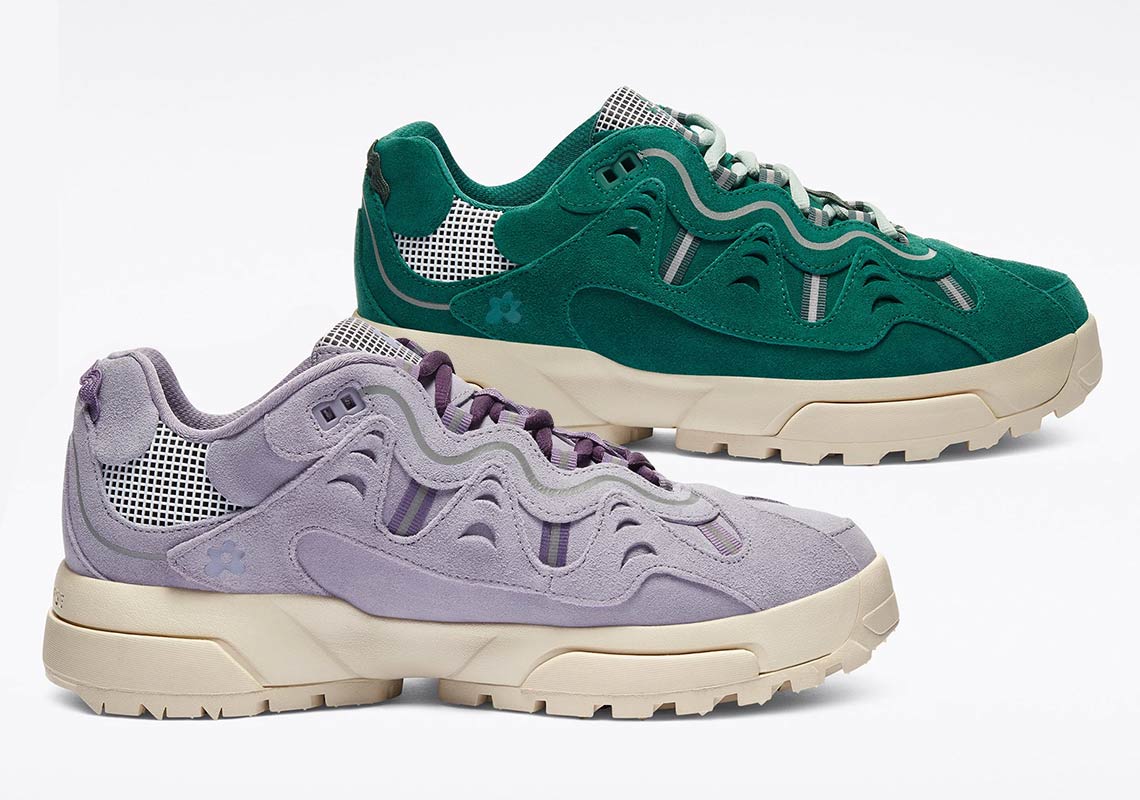 Though long since his last and long until his next performance, Tyler, The Creator has still remained an influential figure both for his lasting musical influence as well as his colorful style. And so that the fans may imitate him further, both the artist and Converse have released a strong set of collaborative releases, kicking off the season with the multi-panel Chuck 70 and seemingly ending it with two more Gianno OX colorways.

Partly inspired by both florals, the pack honors each source with a near full coloring, everything along the upper dyed in their respective shade. The “Lavender Grey,” as one can assume, leans towards purple, its suede construction made an effective nod to the Spring season around the corner. Darker grape-like laces then complement above, looped through reflective-accented webbing that middles between both tonal extremes.

The “Evergreen,” which only resembles the aforementioned in its yellowed soles, then contrasts by a large margin as the top half is entirely fed with a healthy bit of green. The lace unit adds light, minty accoutrements, cages film the tongue and collar in white, and the same silver reflective accents are used across the midfoot.

Grab a detailed look at both here and expect a release to arrive soon on October 15th at select retailers and likely Converse.com.

In other news, the Air Jordan 1 Mid Sisterhood is releasing this week. 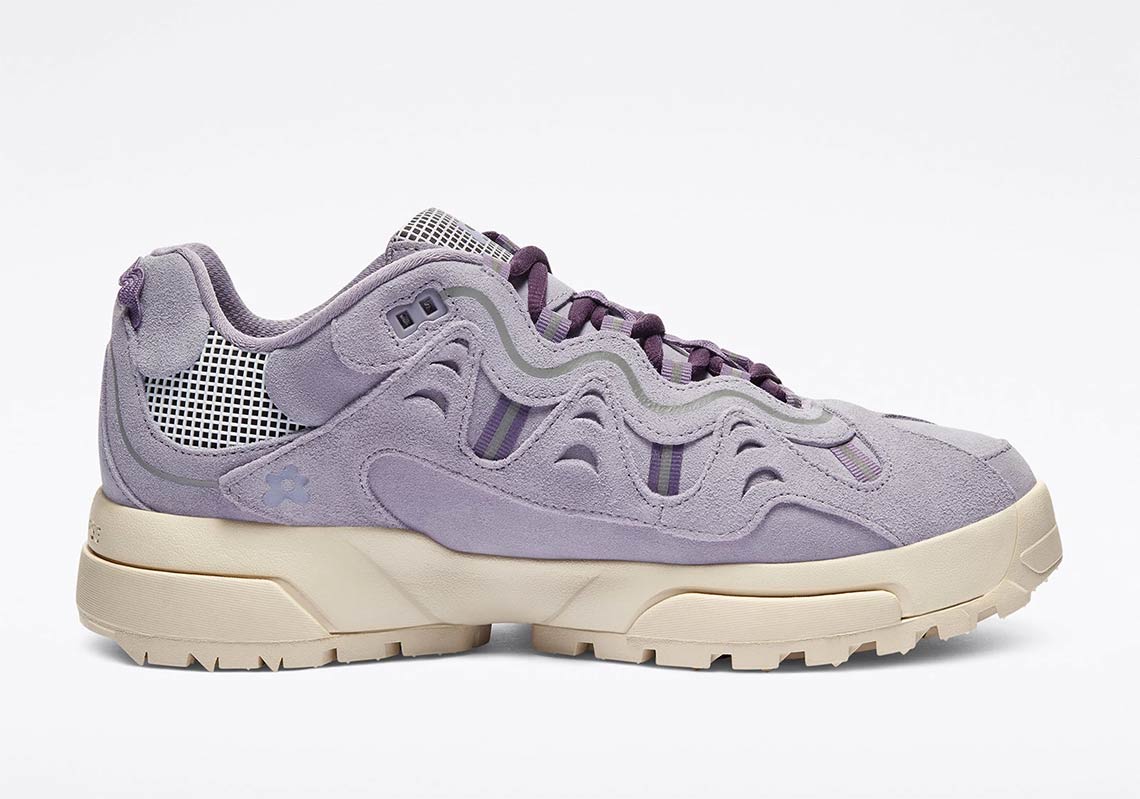 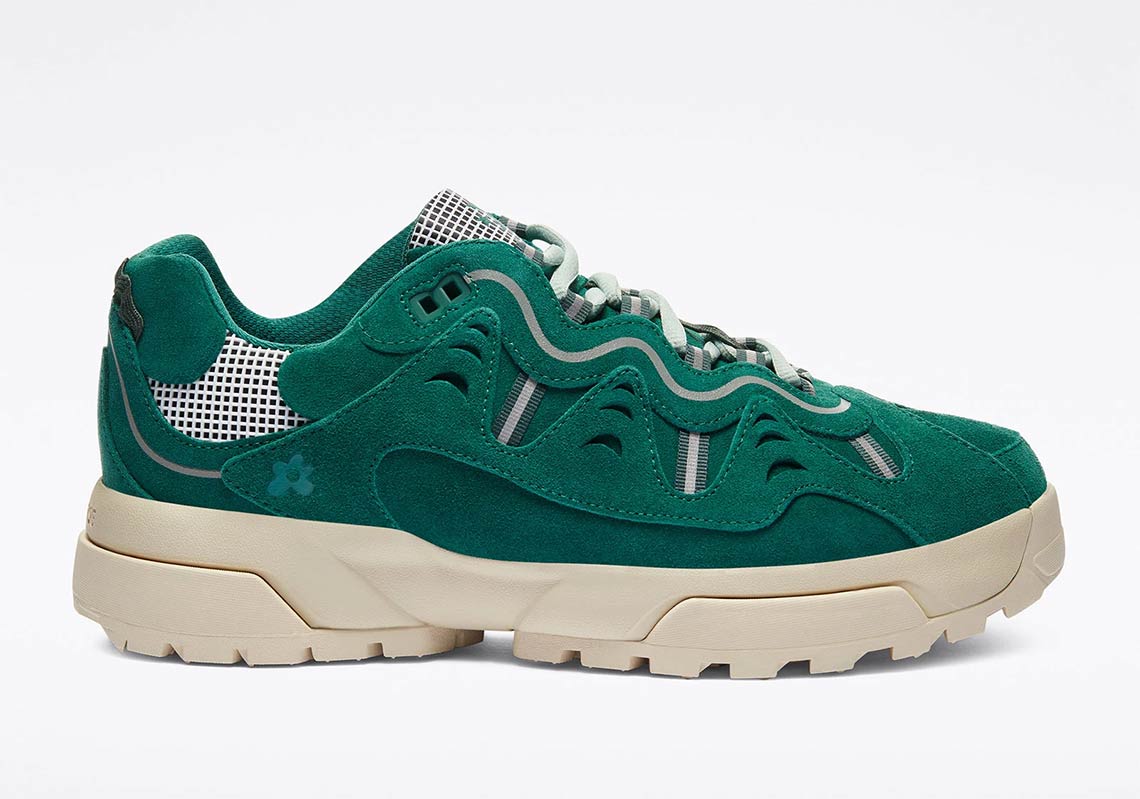 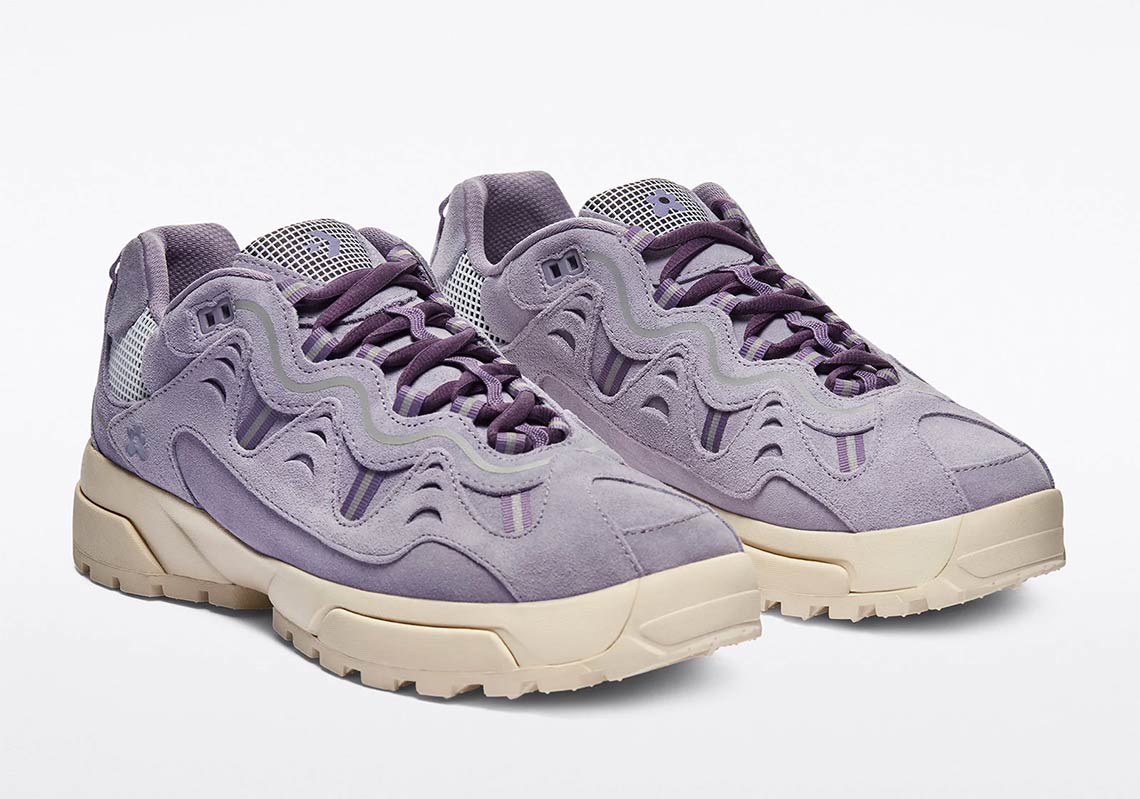 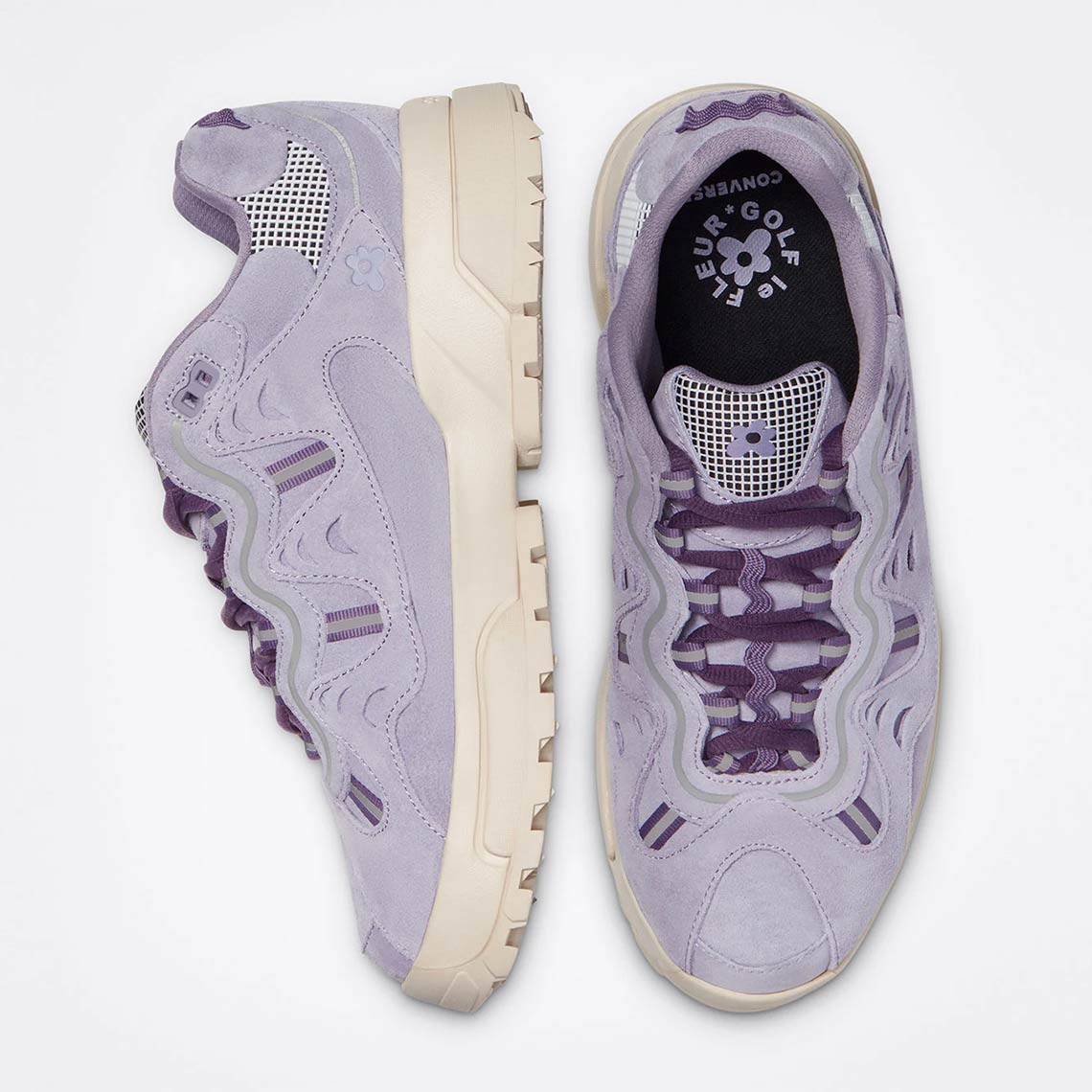 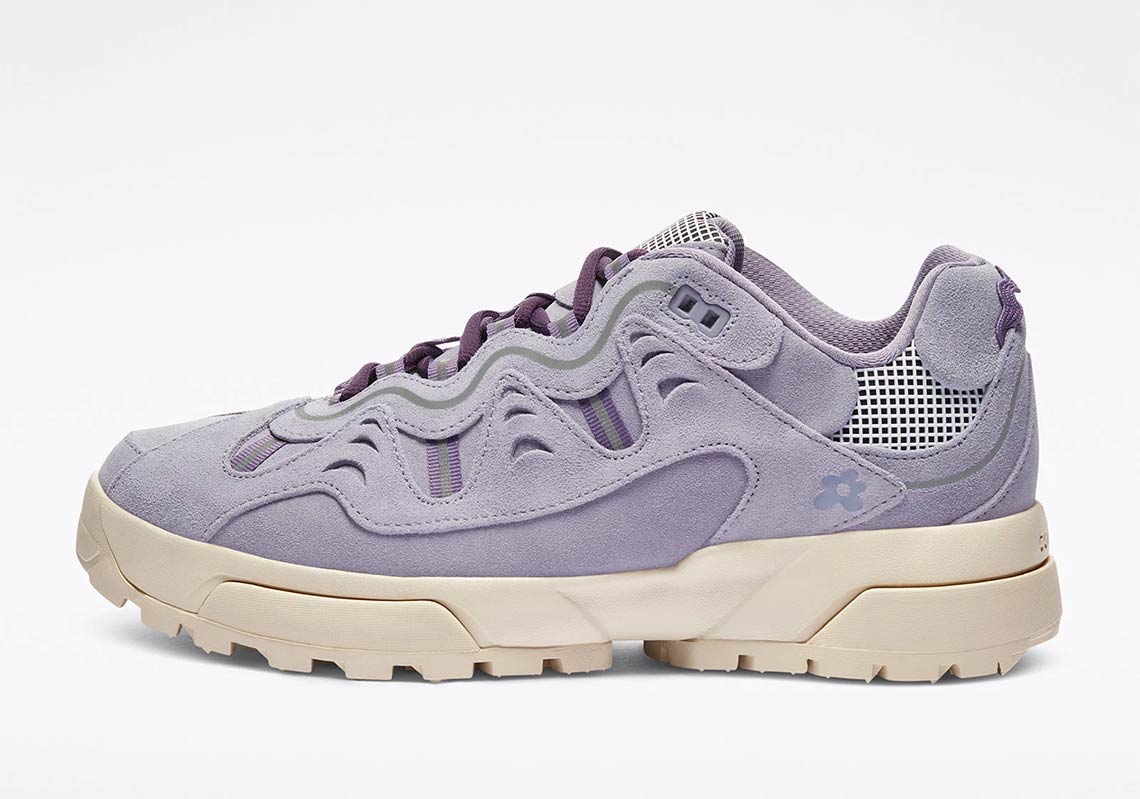 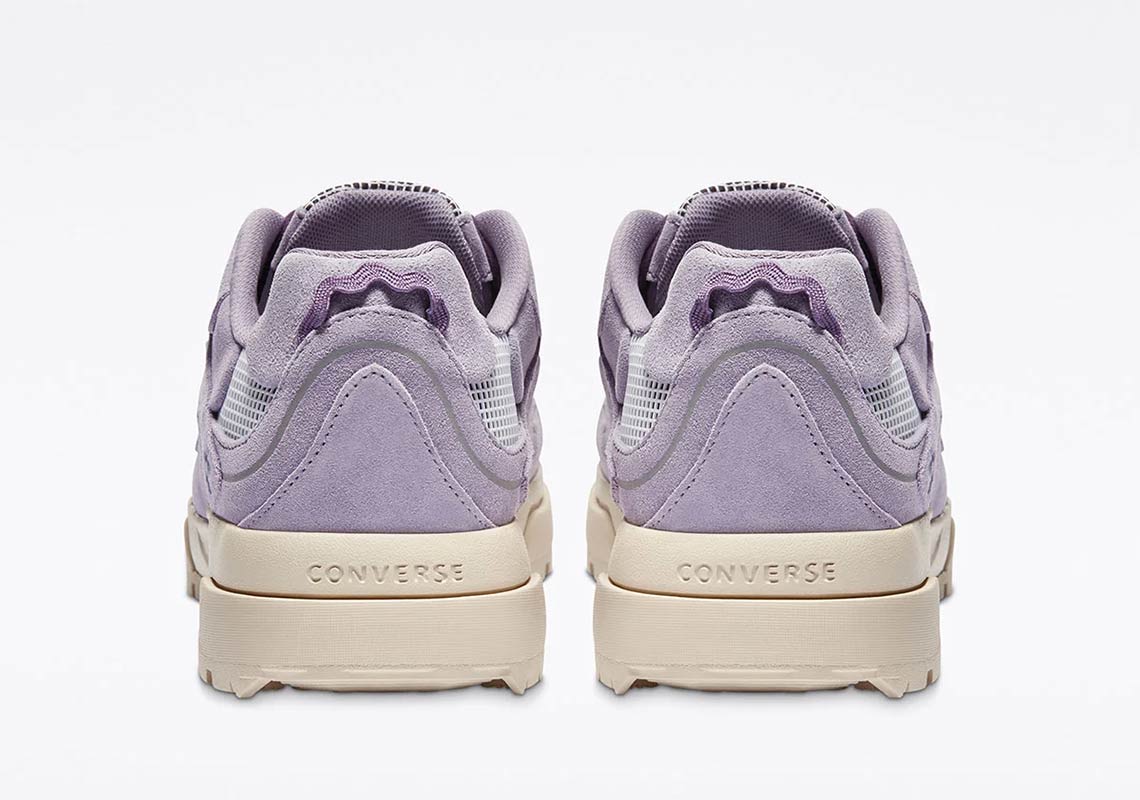 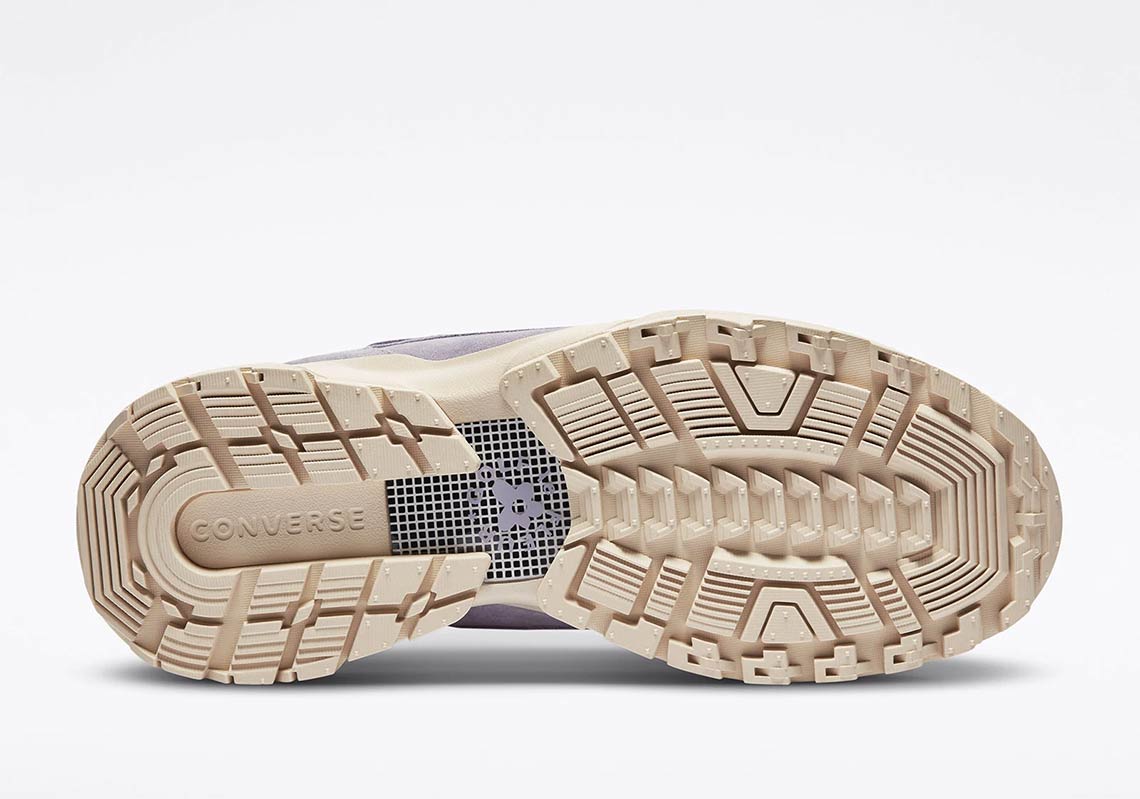 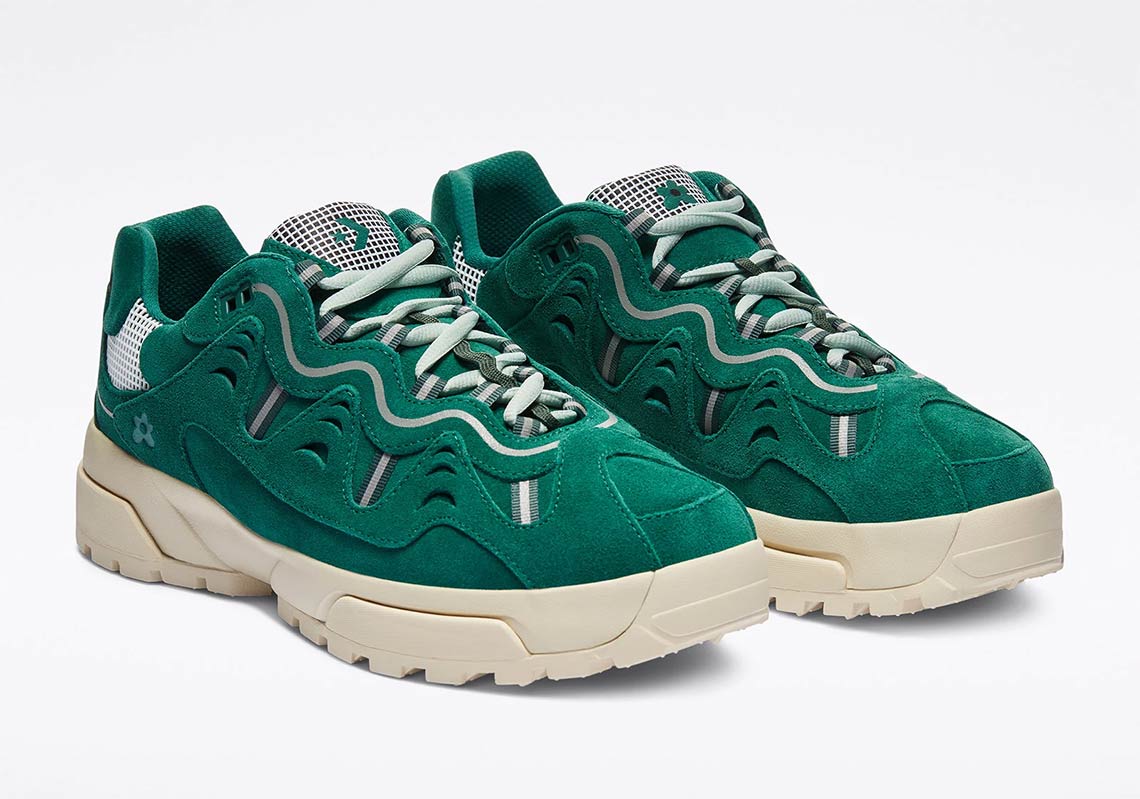 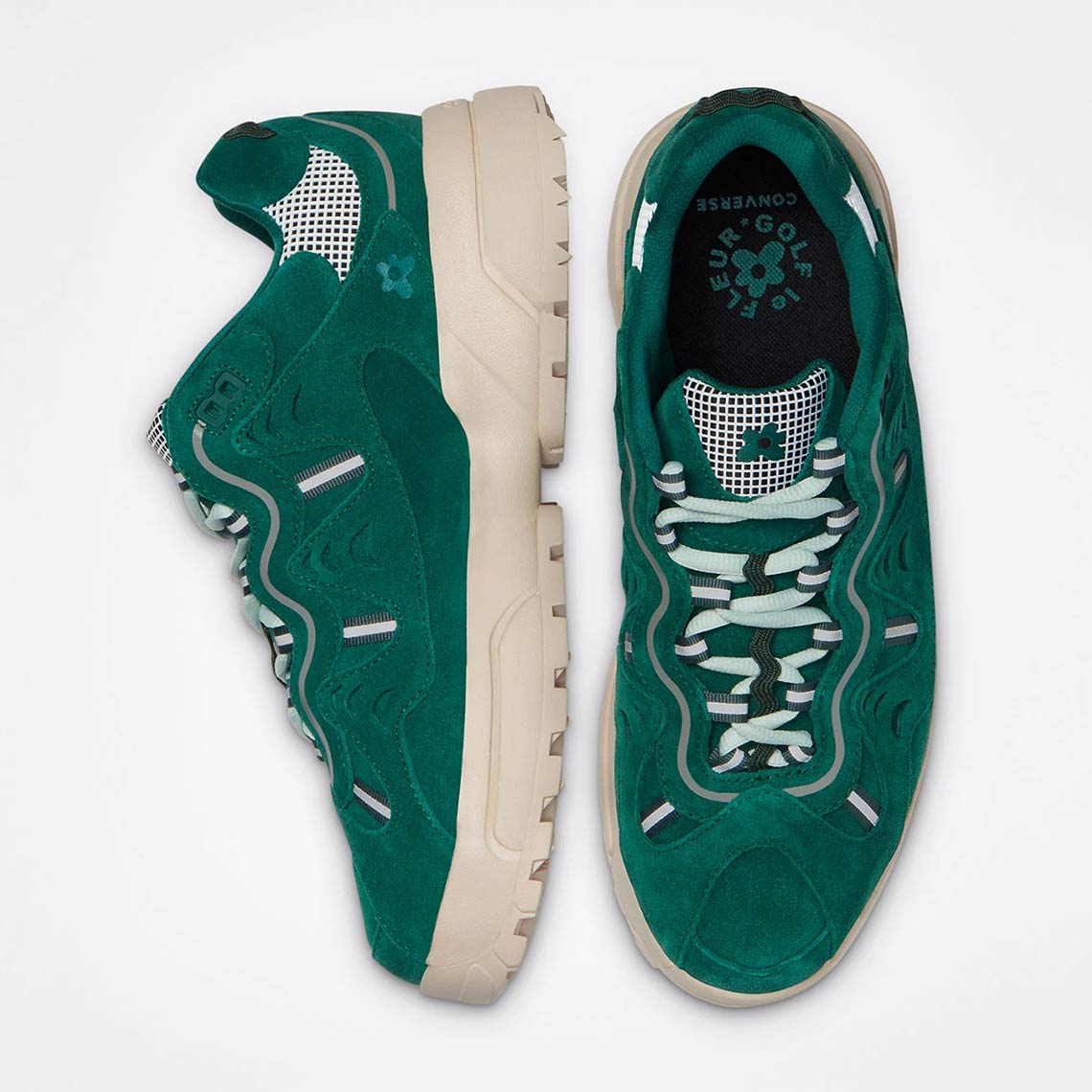 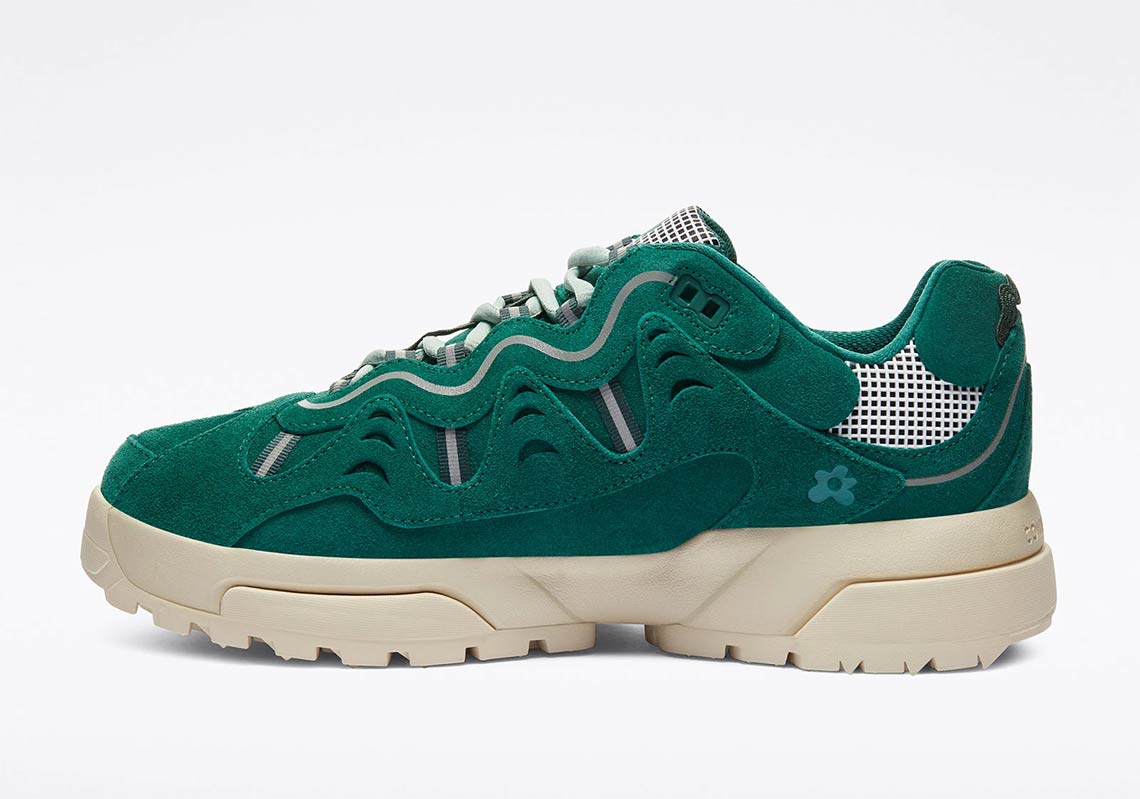 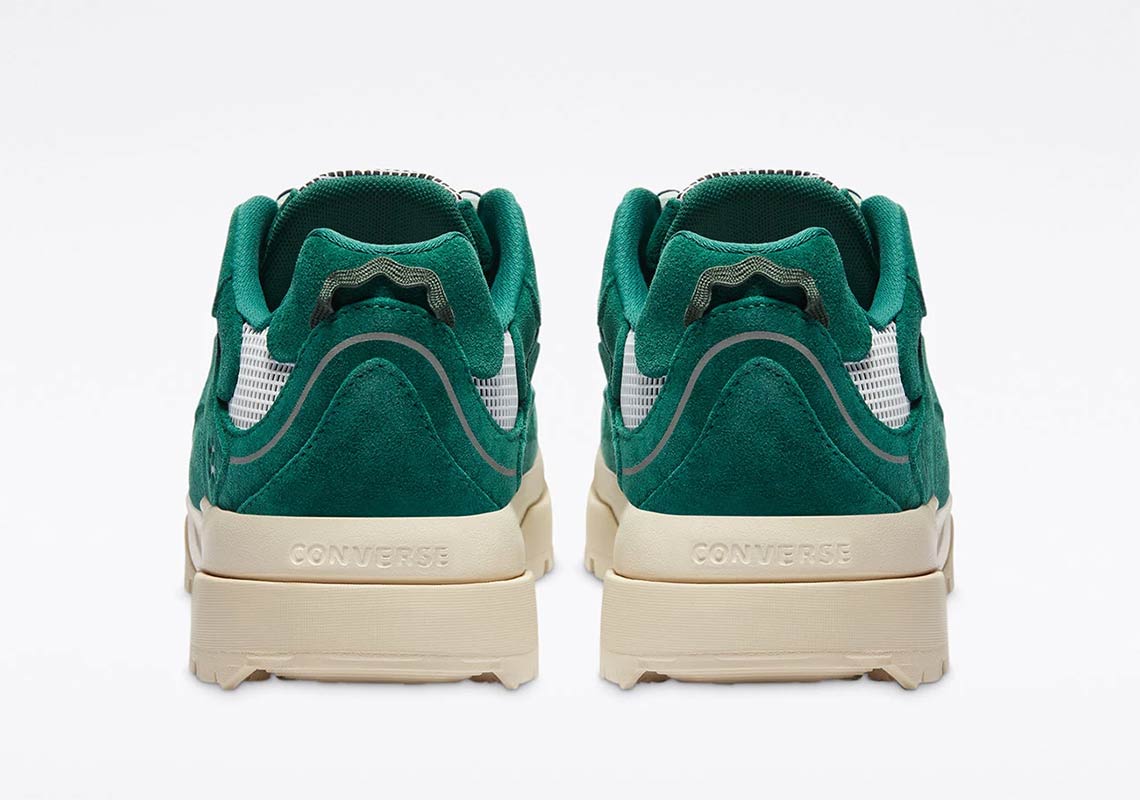