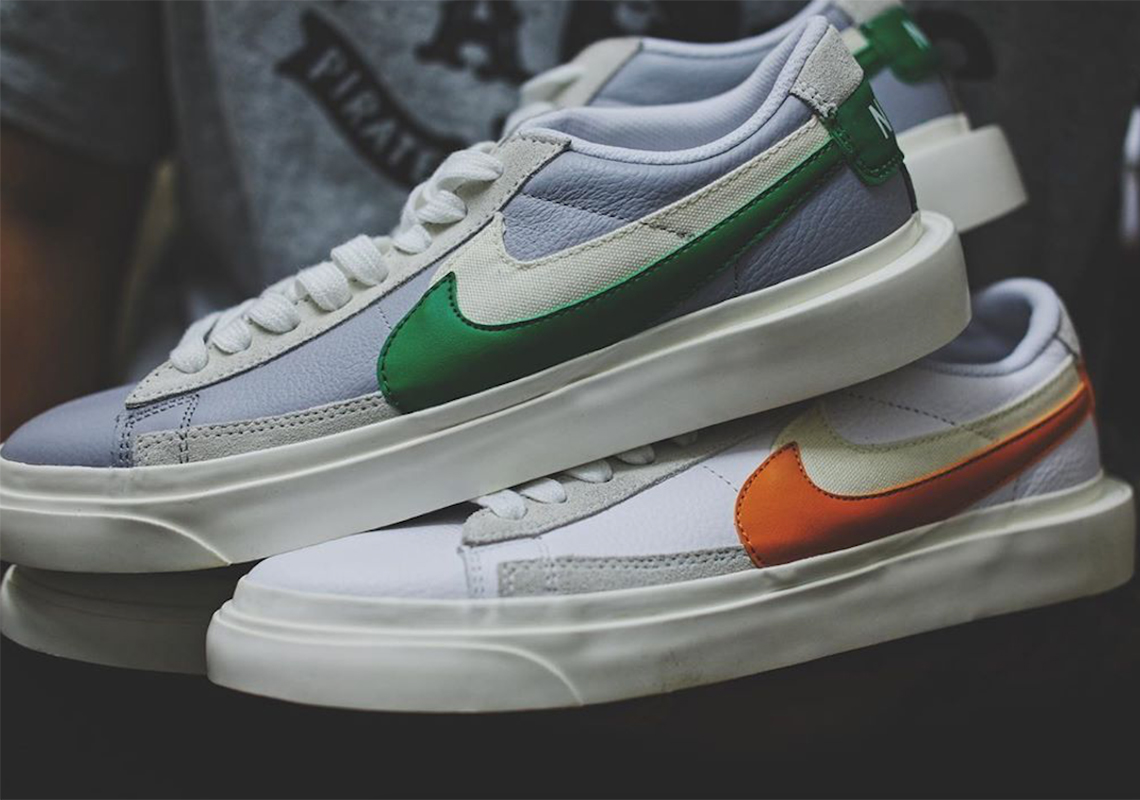 Up Close With The sacai x Nike Blazer Low

Arguably one of Nike’s most prized collaborators at the moment, Chitose Abe and her sacai label have strong intentions of taking their footwear joint-ventures to new heights in the forthcoming months. The two parties already have some exciting things confirmed to be on the way, among them being the aggressively-shaped Vaporwaffle which just revealed its inaugural colorways via official imagery this week, as well as a duo of colorways of the Blazer Low. The latter, after being previewed in the sacai SS21 lookbook back in August, has now surfaced through a gallery of up-close photos.

When looking at its construction, one may notice that these upcoming variations carry familiar design cues seen on the previous sacai x Blazer projects including the double-stacked Swooshes, tongues, and heel overlays. However, down below the sole unit arrives equipped with a different dimensional element that can be seen through its somewhat of a platform-looking midsole that lips out towards the heel. Two colorways including a white/grey/green, and a white/grey/orange are expected to release next Spring likely through Nike.com and select retailers, so check out an up-close look while you wait on their official launch.

For other Nike news, peep a closer look at the upcoming Medium Curry Dunk Lows. 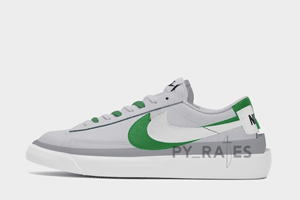 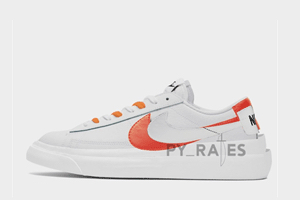 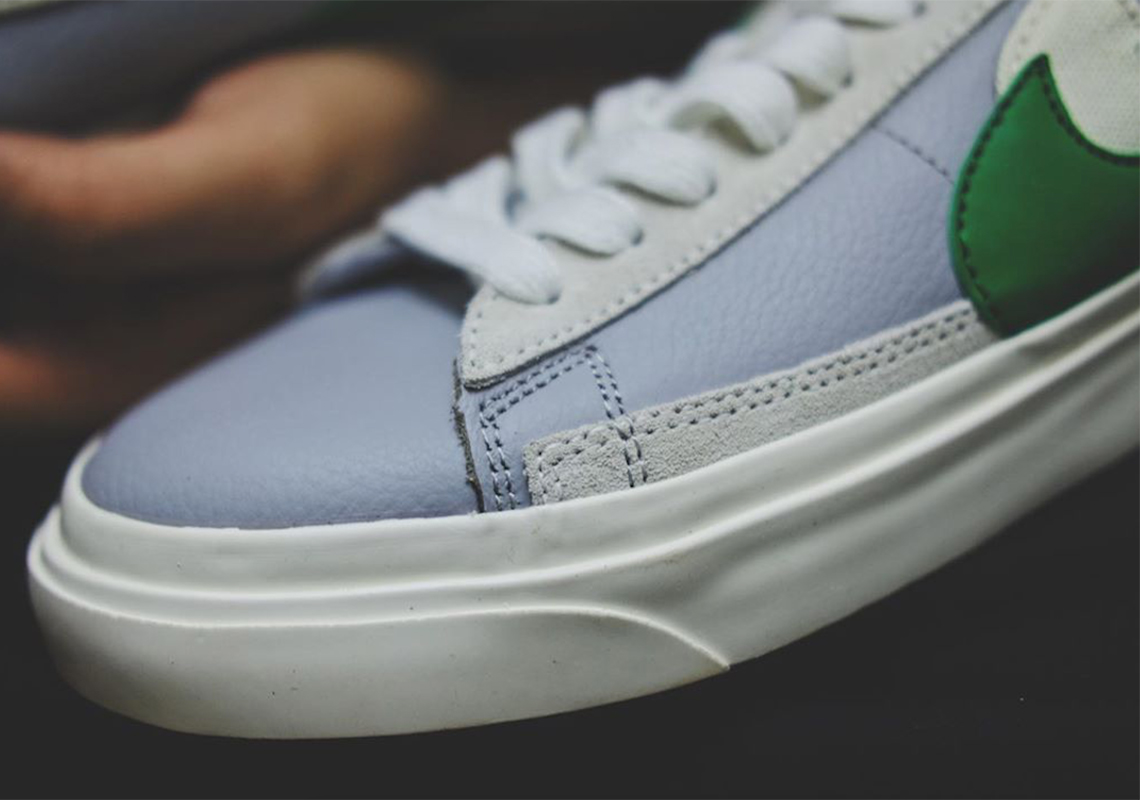 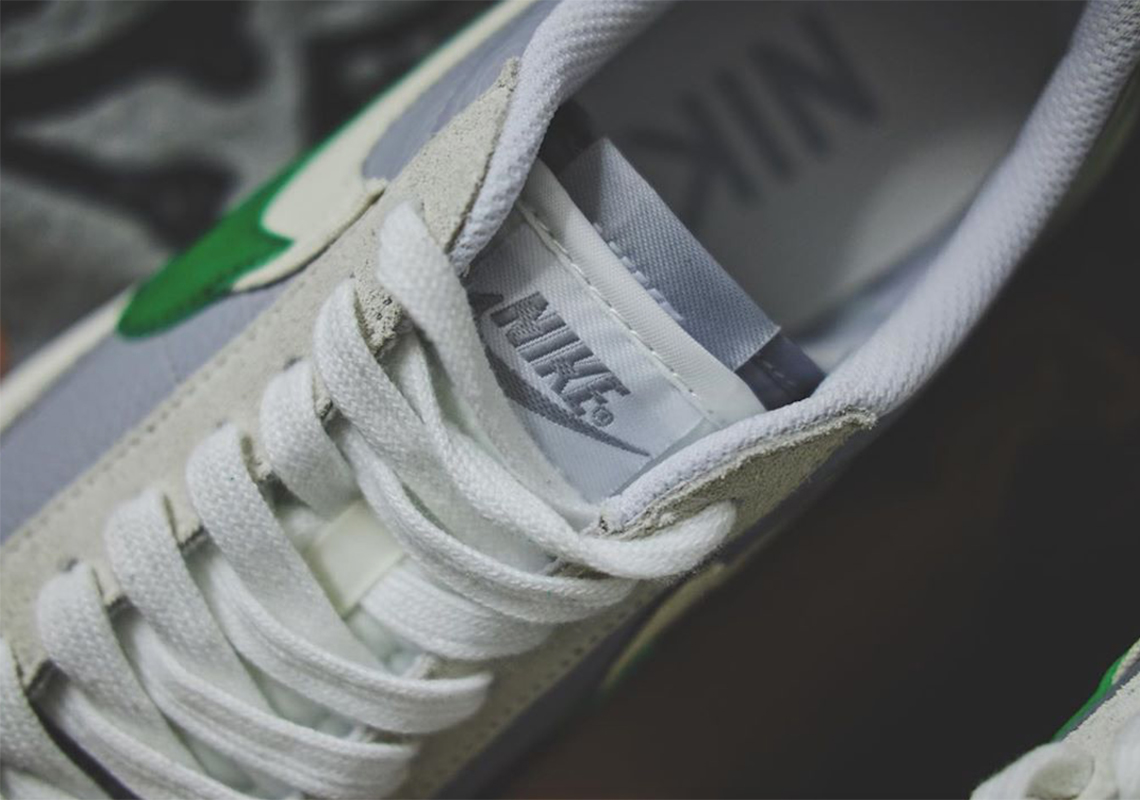 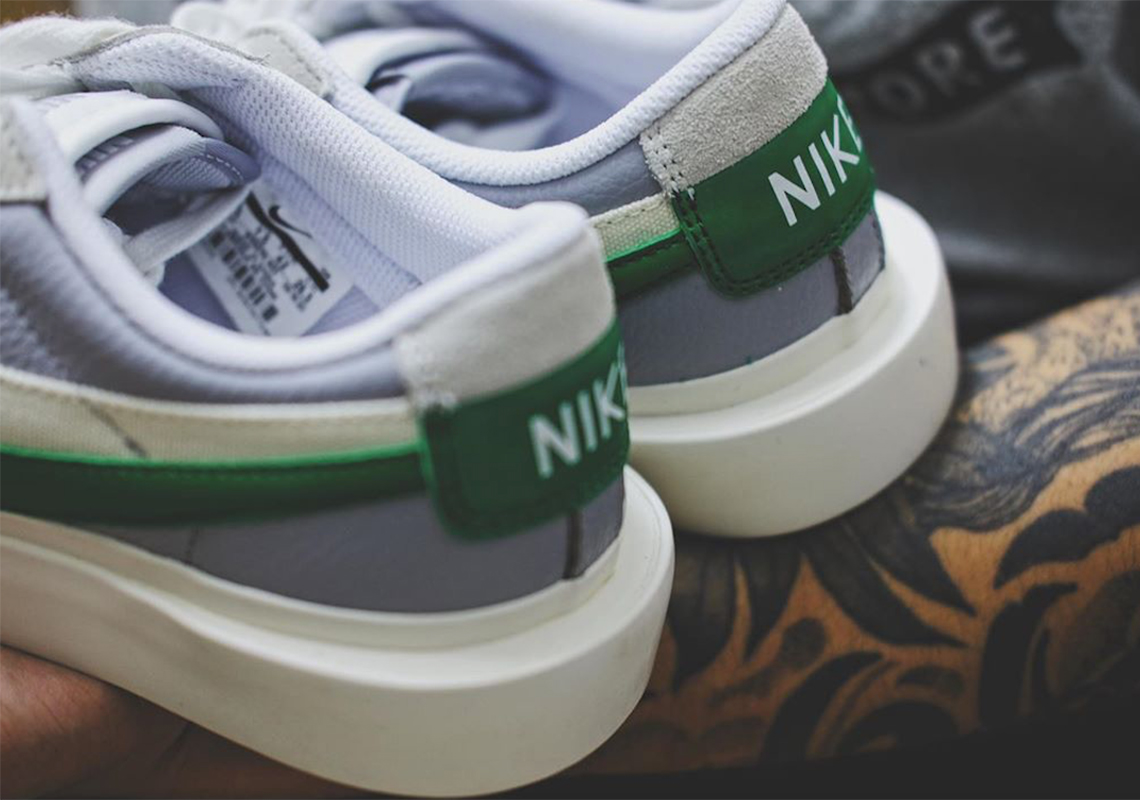 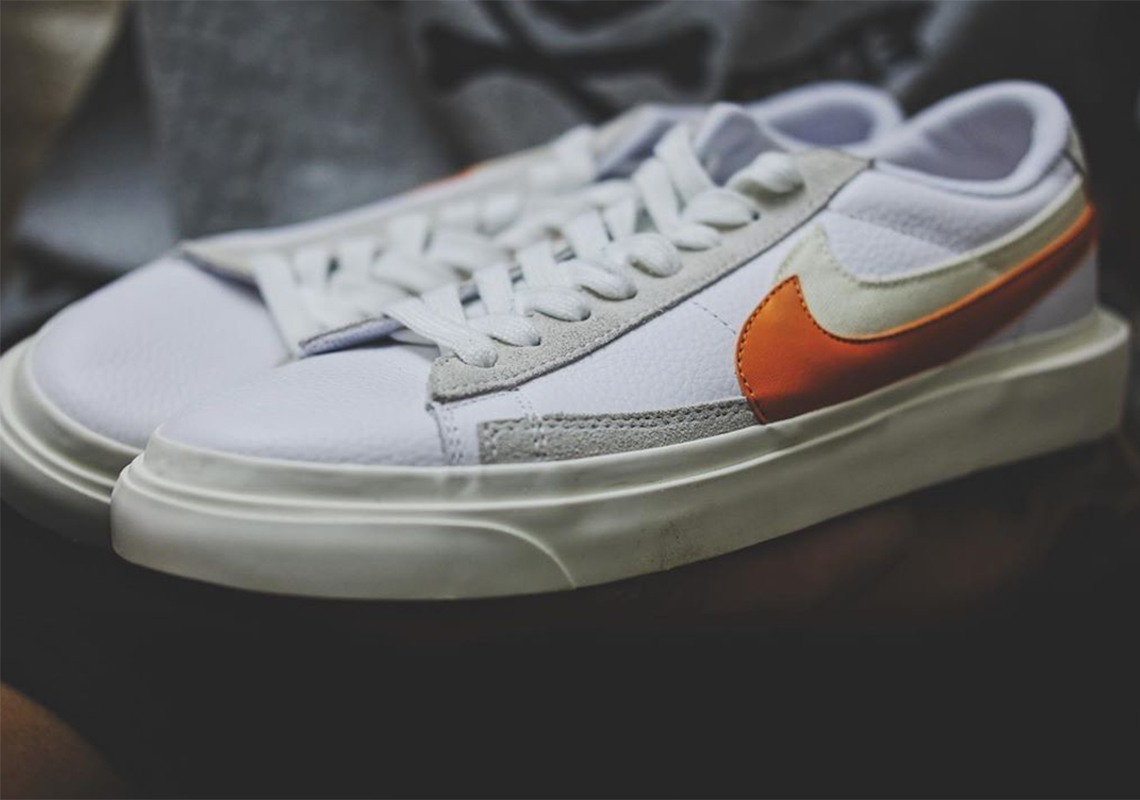 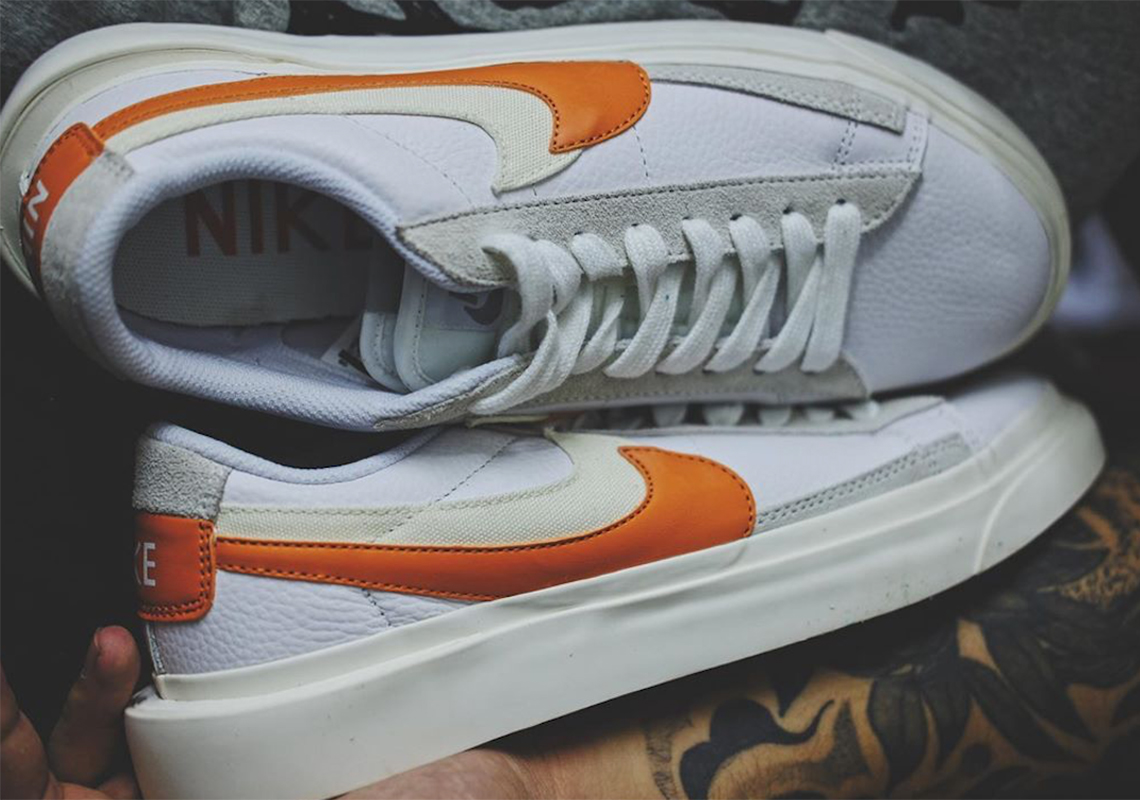 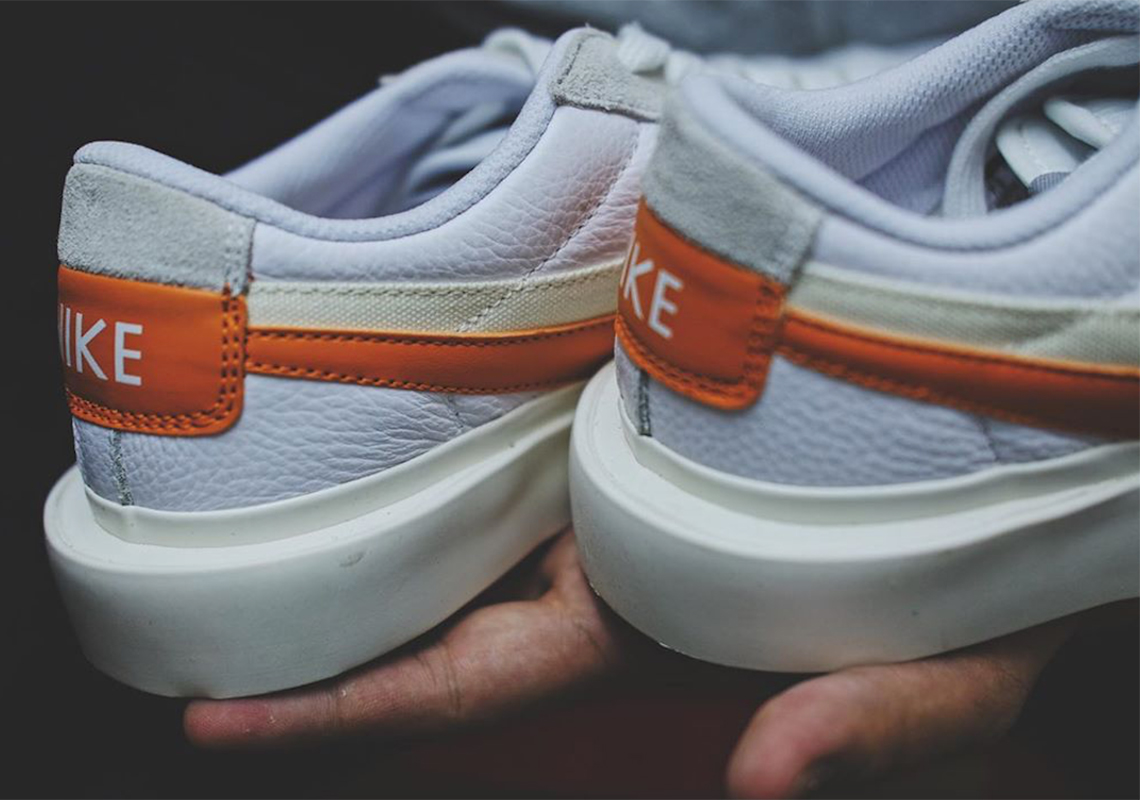