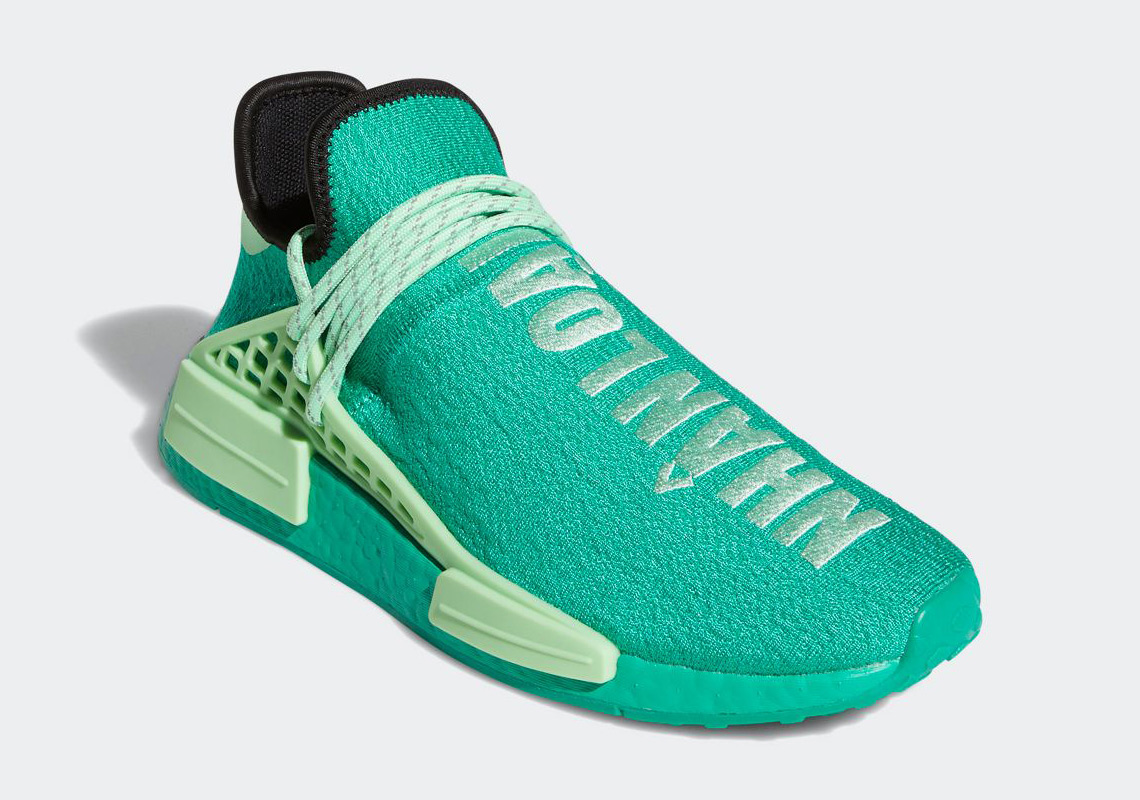 Though we expected the Pharrell x adidas NMD Hu to come back in a big way this year, most could have never imagined we’d receive so many schemes in such a short span of time. The month of November alone, for example, had quite the extensive showing as it brought reveals and releases of yellow, aqua, orange, and even pink options. Even now, more are beginning to surface, including this Vietnamese-marked green colorway.

Just as the pairs before it, the upper makes near full use of a knit fabrication. But, in departure texture-wise, the pair bears a slight crinkling at certain points, creating a look that visually deceives of something more natural. Adjacent, both the cages and laces don a mint, almost neon shade, placed just parallel to a darker BOOST sole and an inner lining of dark black. Then, as is typical of the model, text is embroidered atop the toe in bright white thread, spelling out a Vietnamese term that roughly translates to “Human Race.”

Grab a close-up look at these right here and find them currently expected to release December 23rd.

In other news, another set of Off-White Dunks are on the way. 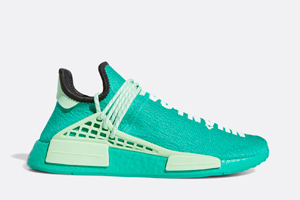 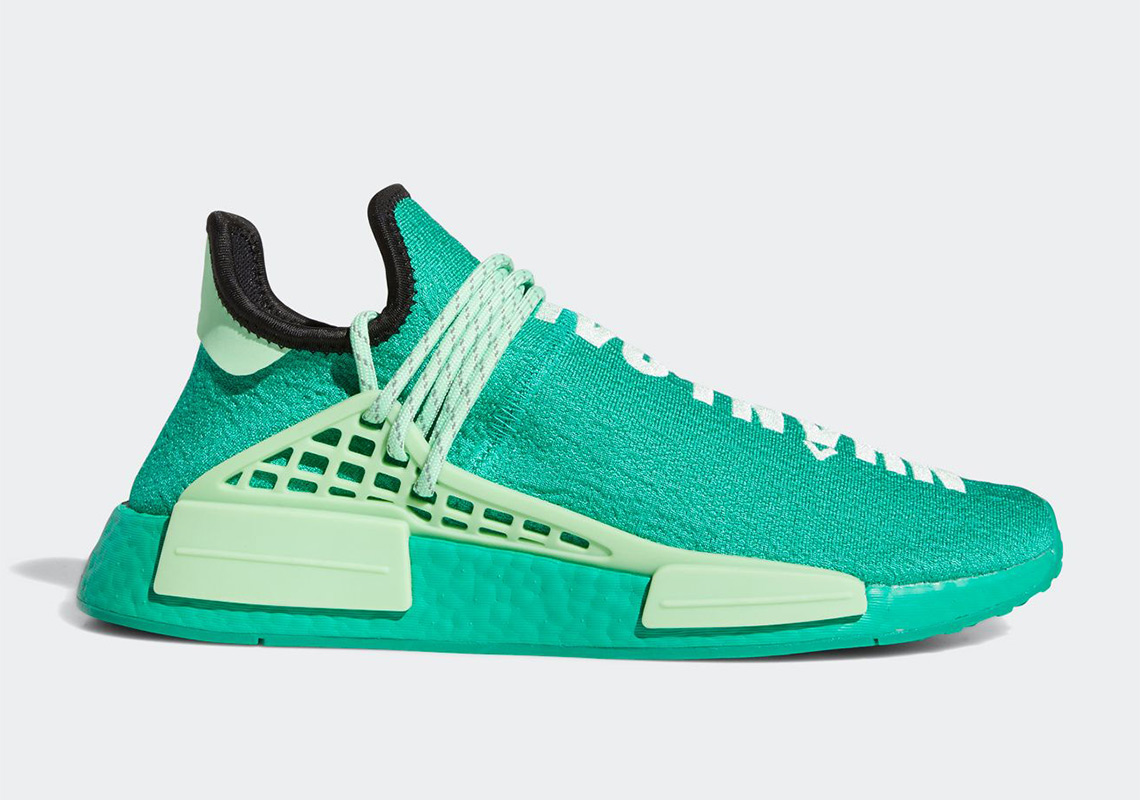 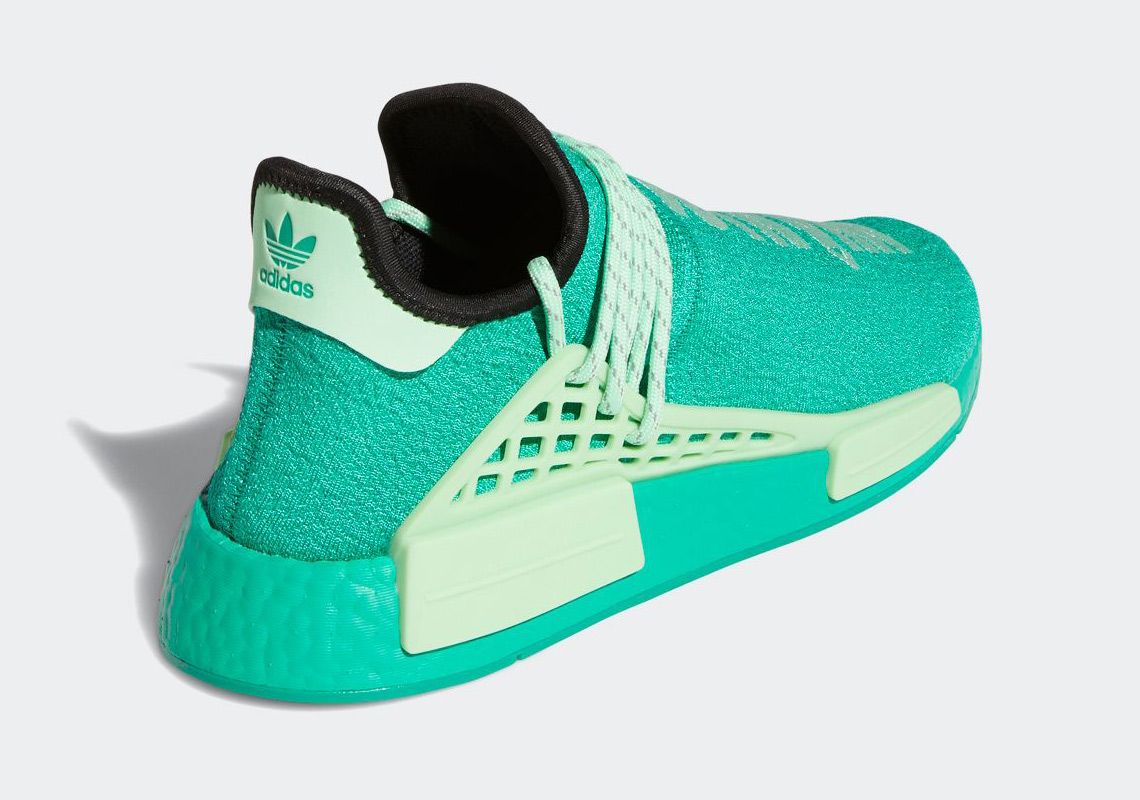 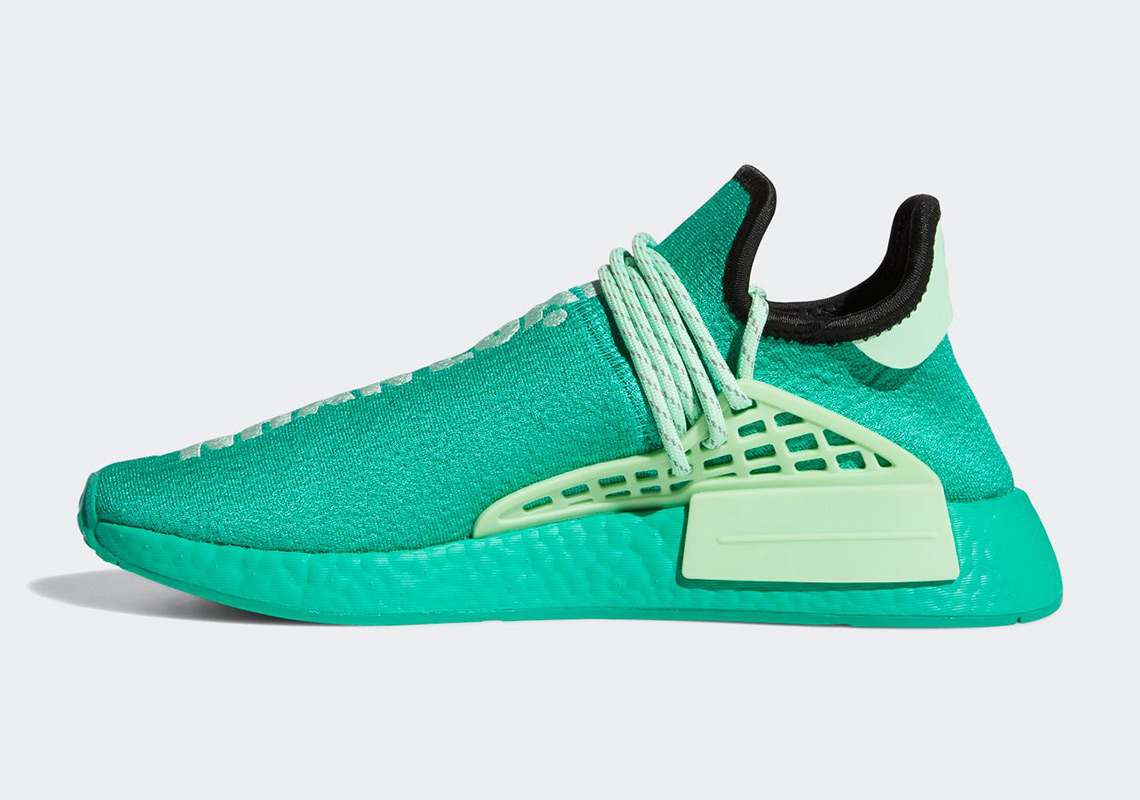 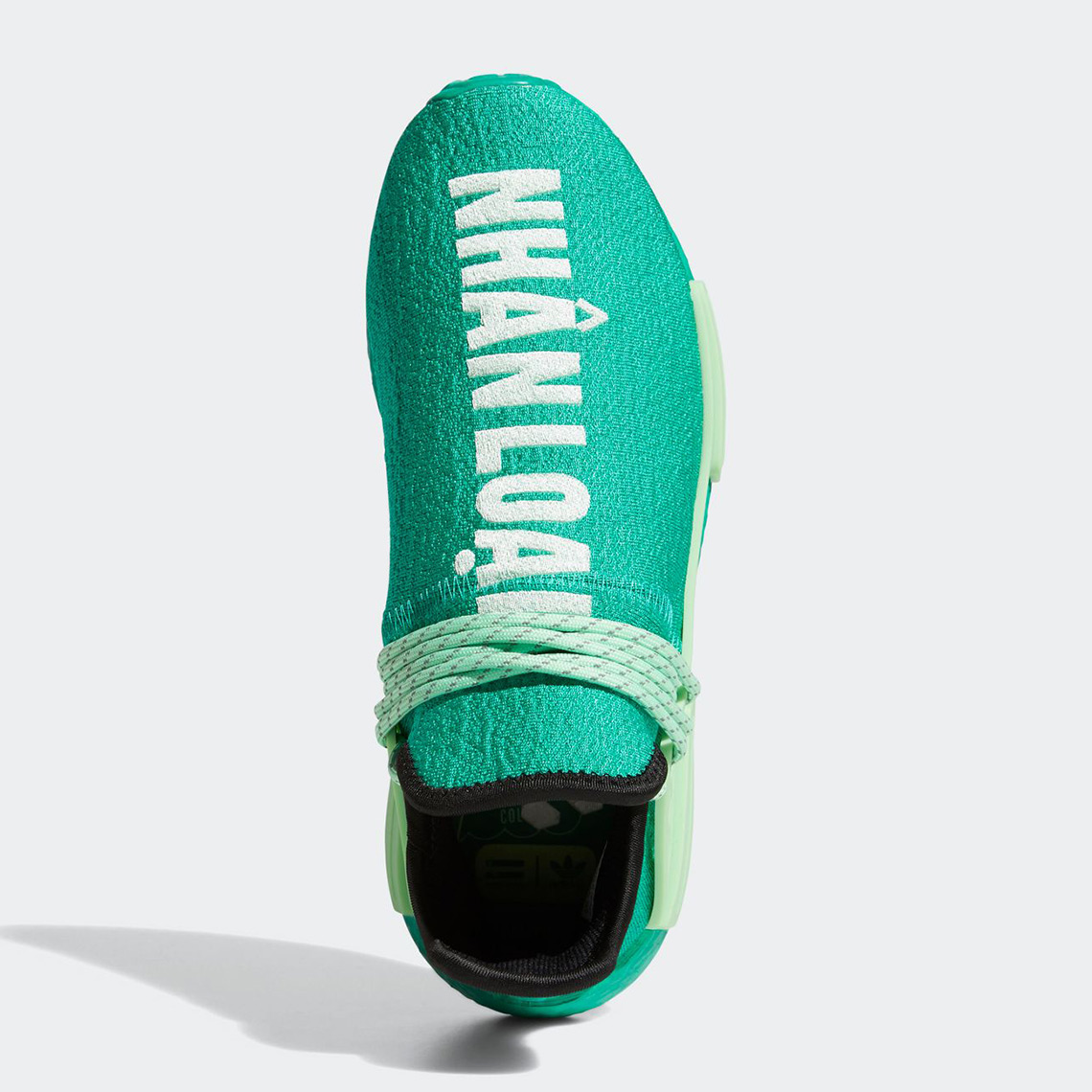 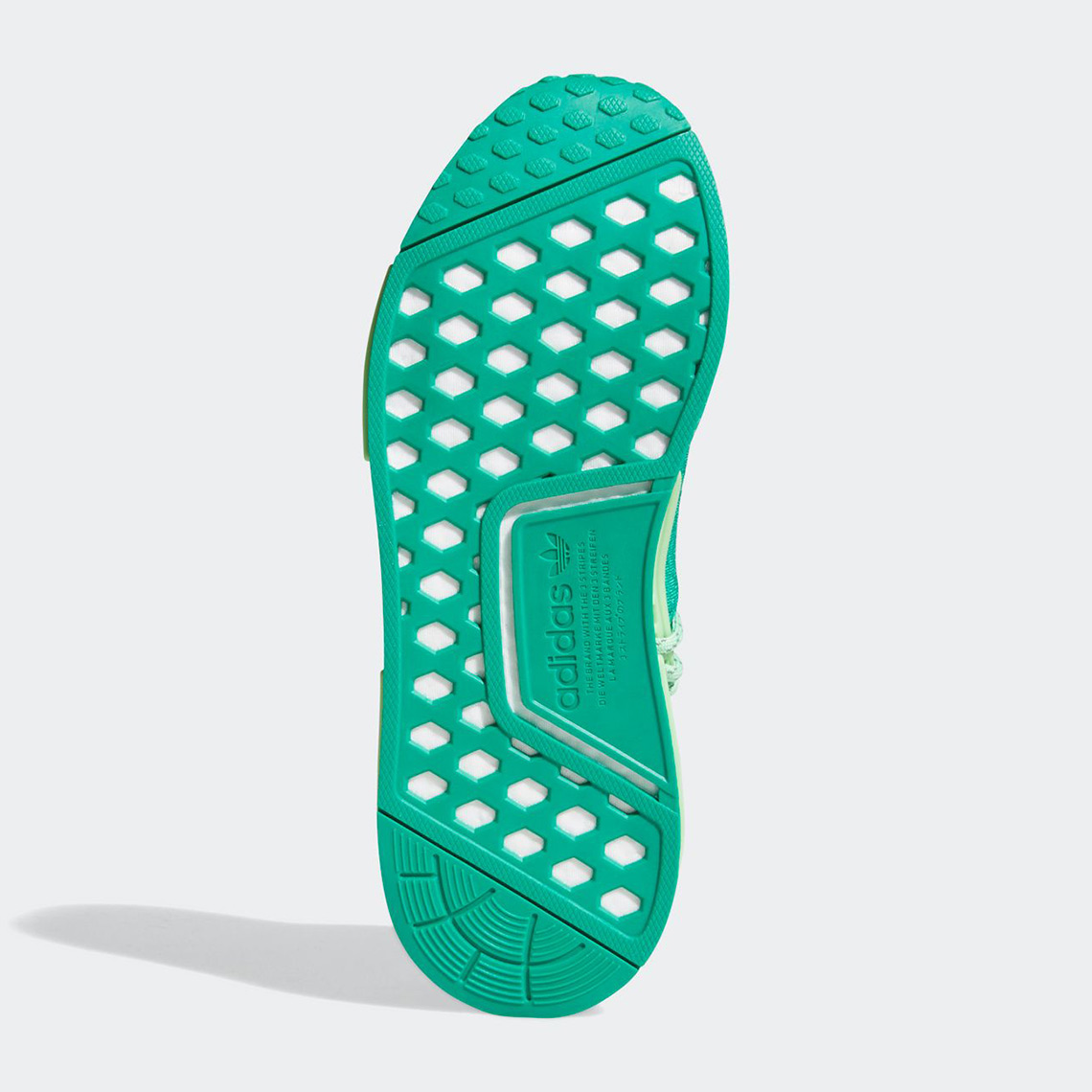 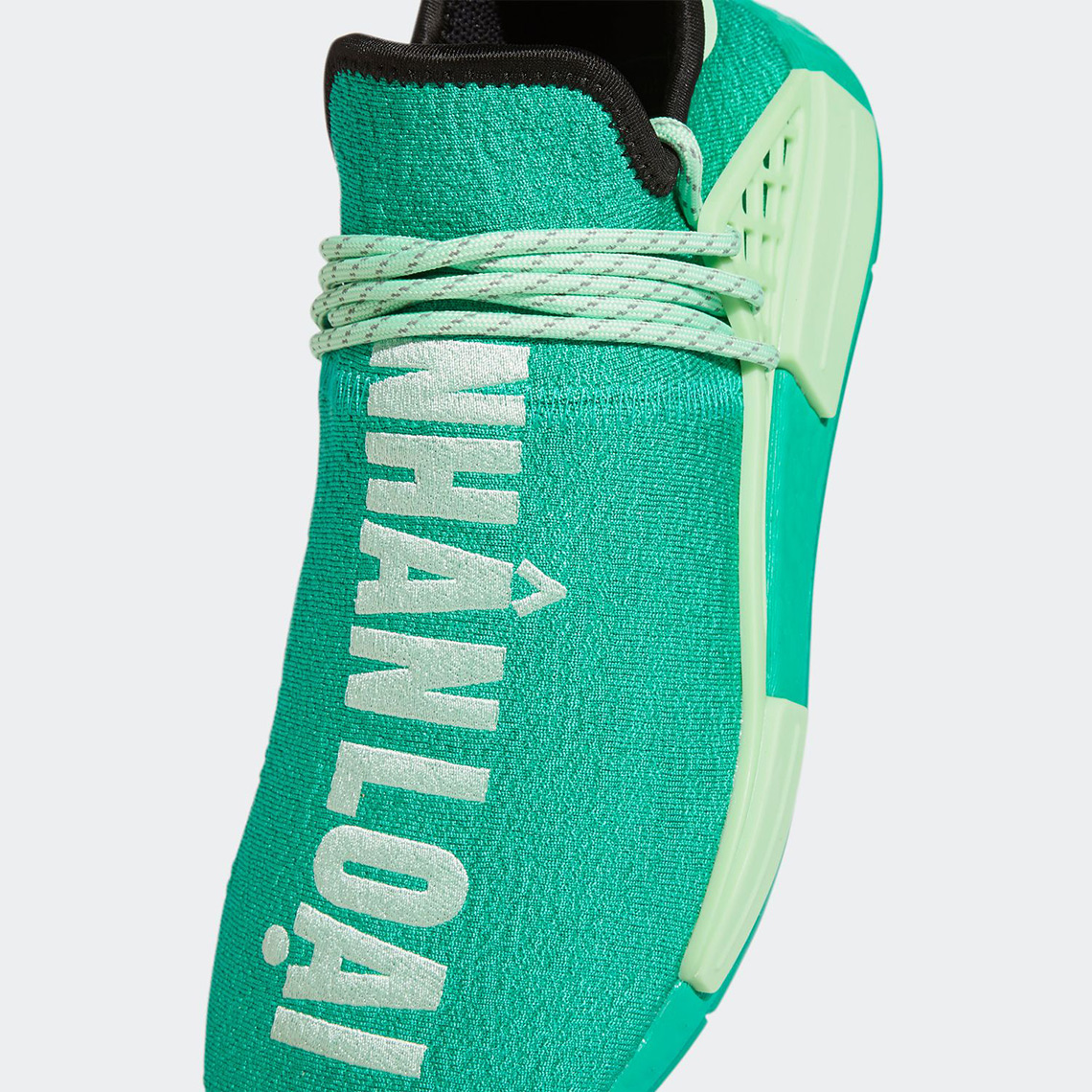 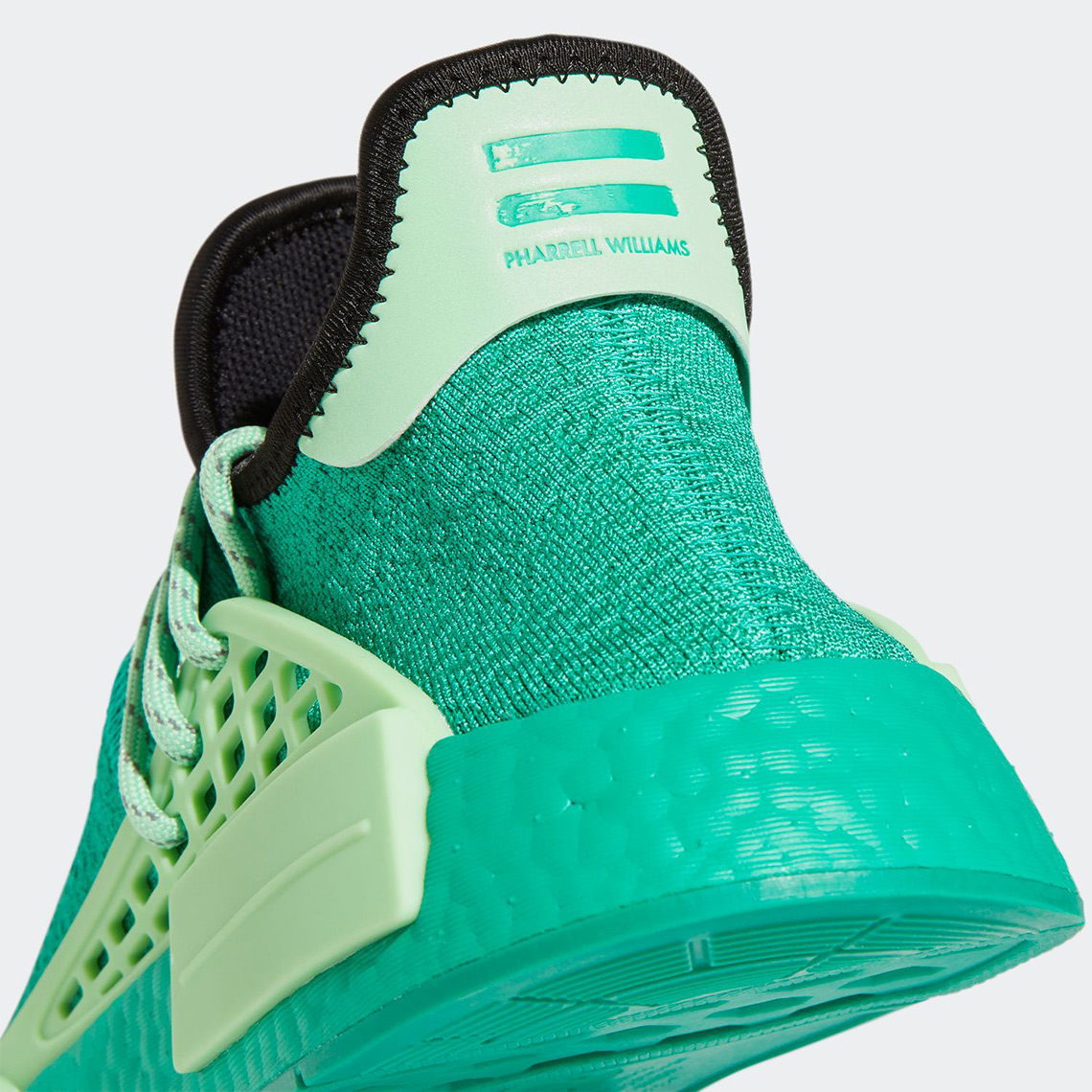