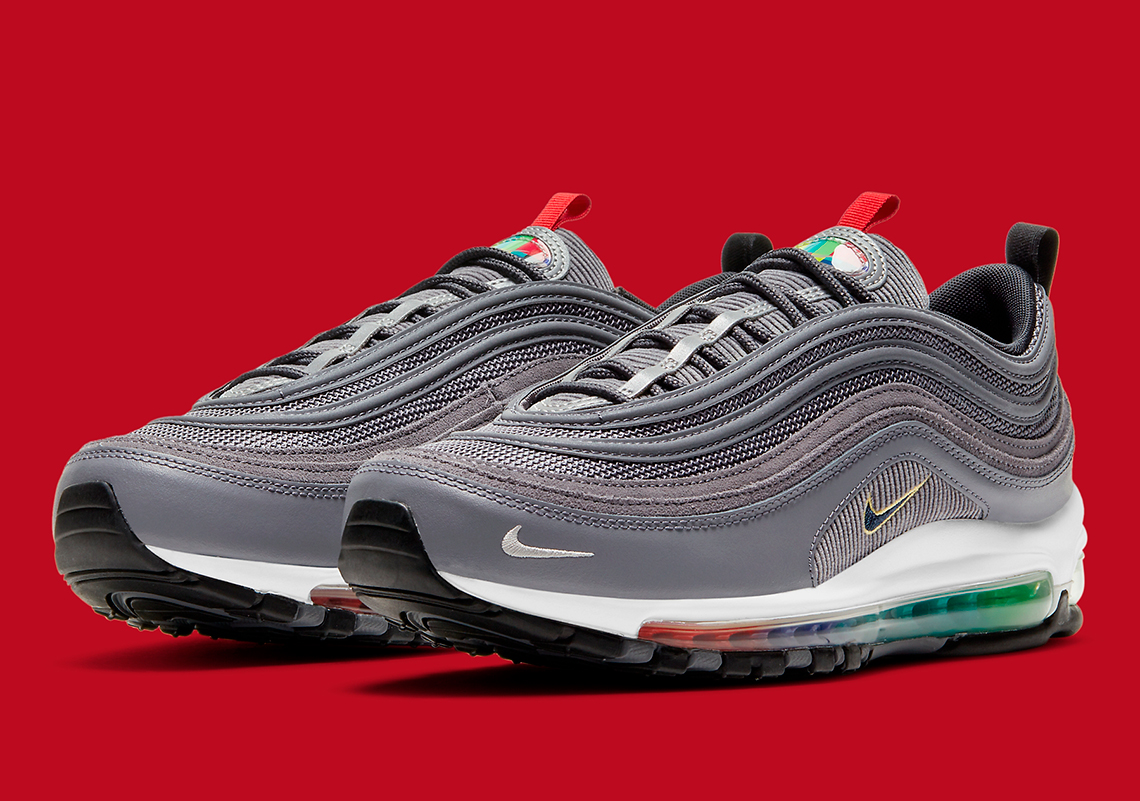 Officially revealed in Undefeated garb earlier today, the Nike Air Max 97 seems to be receiving a fair bit more attention near weeks away from 2021. Alongside many an inline reveal, the model is to outfit in a unique greyscale colorway, one accented further with corduroy materials and some multicolor accents.

At the mudguard, a polished, robust leather outfits with little additions save for a miniature, silver-tinged check. Revealed above, a premium suede outfits the layer underneath, while mesh dresses just under that in the same neutral palette. The lace unit then primarily follows suit, though it does depart by way of red pulls and branding as well as a full corduroy construction. These wide wale cords are used once again along the lower profile, its small section embellished with a navy and gold detailed Swoosh; farther below, the air unit finishes with a red to green gradient.

Grab an official look at these here and expect a release to hit Nike.com in the coming months.

In other news, a Supreme Air Force 1 Flax will be arriving in late 2021. 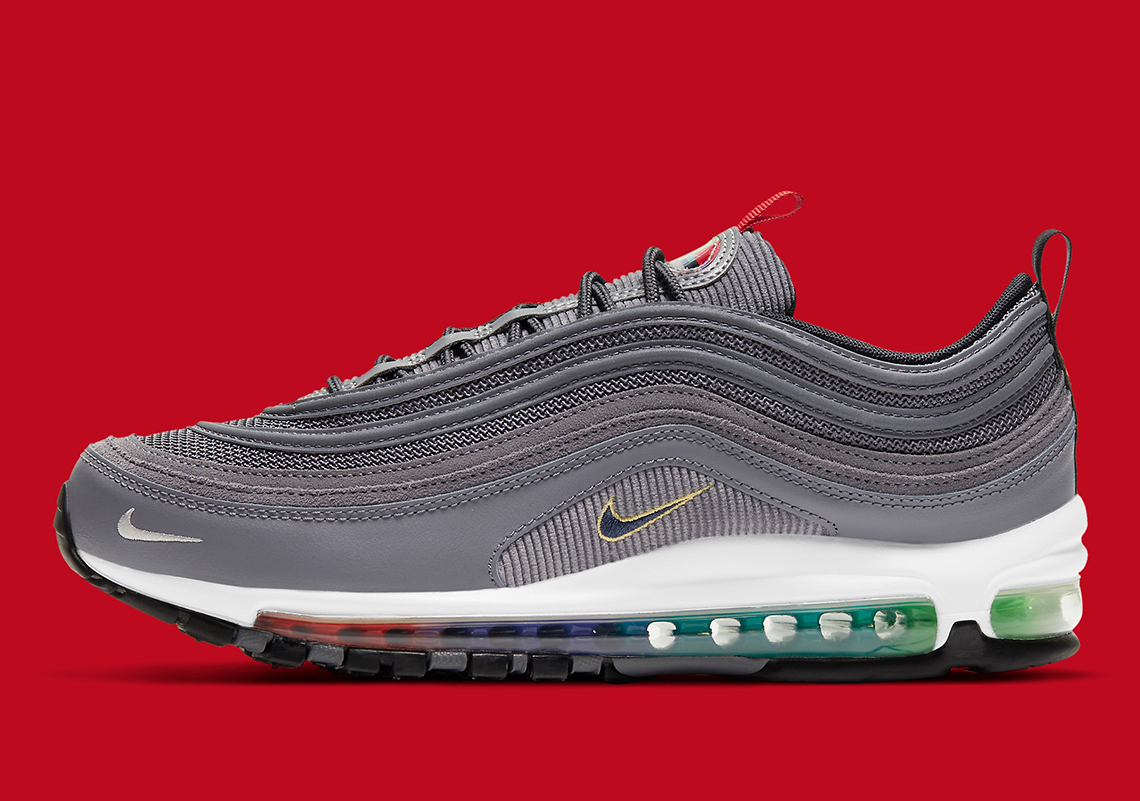 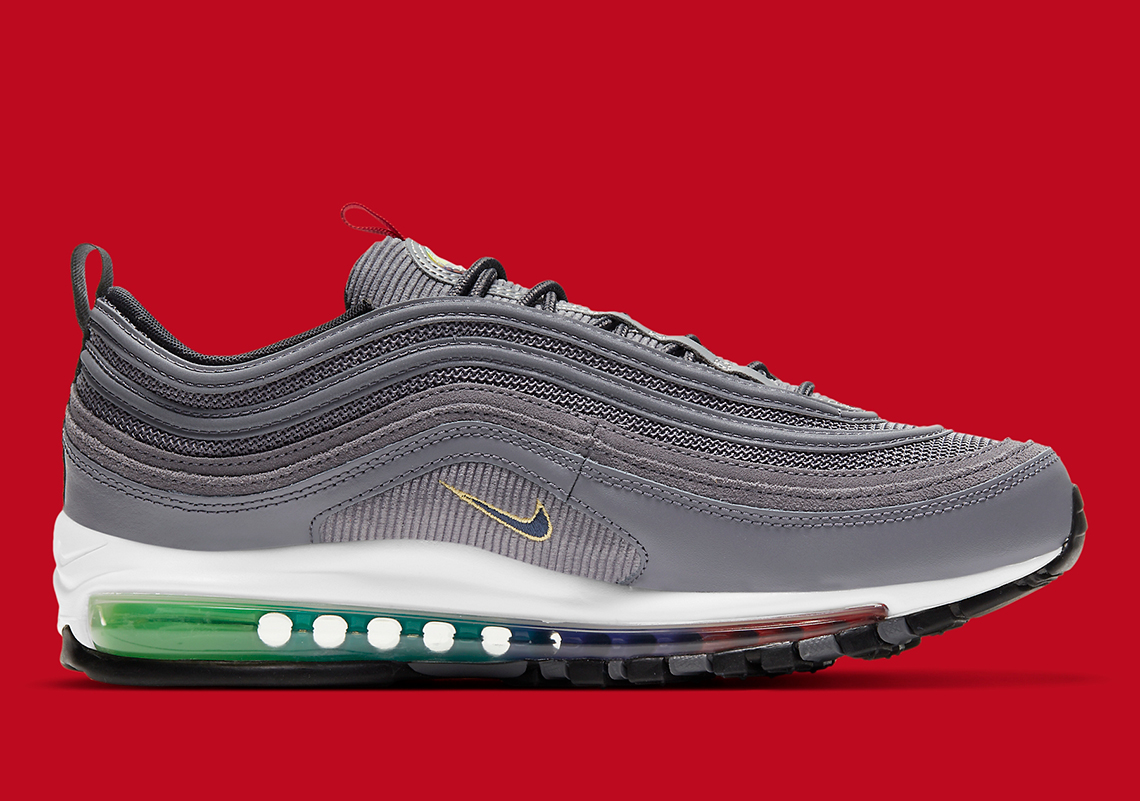 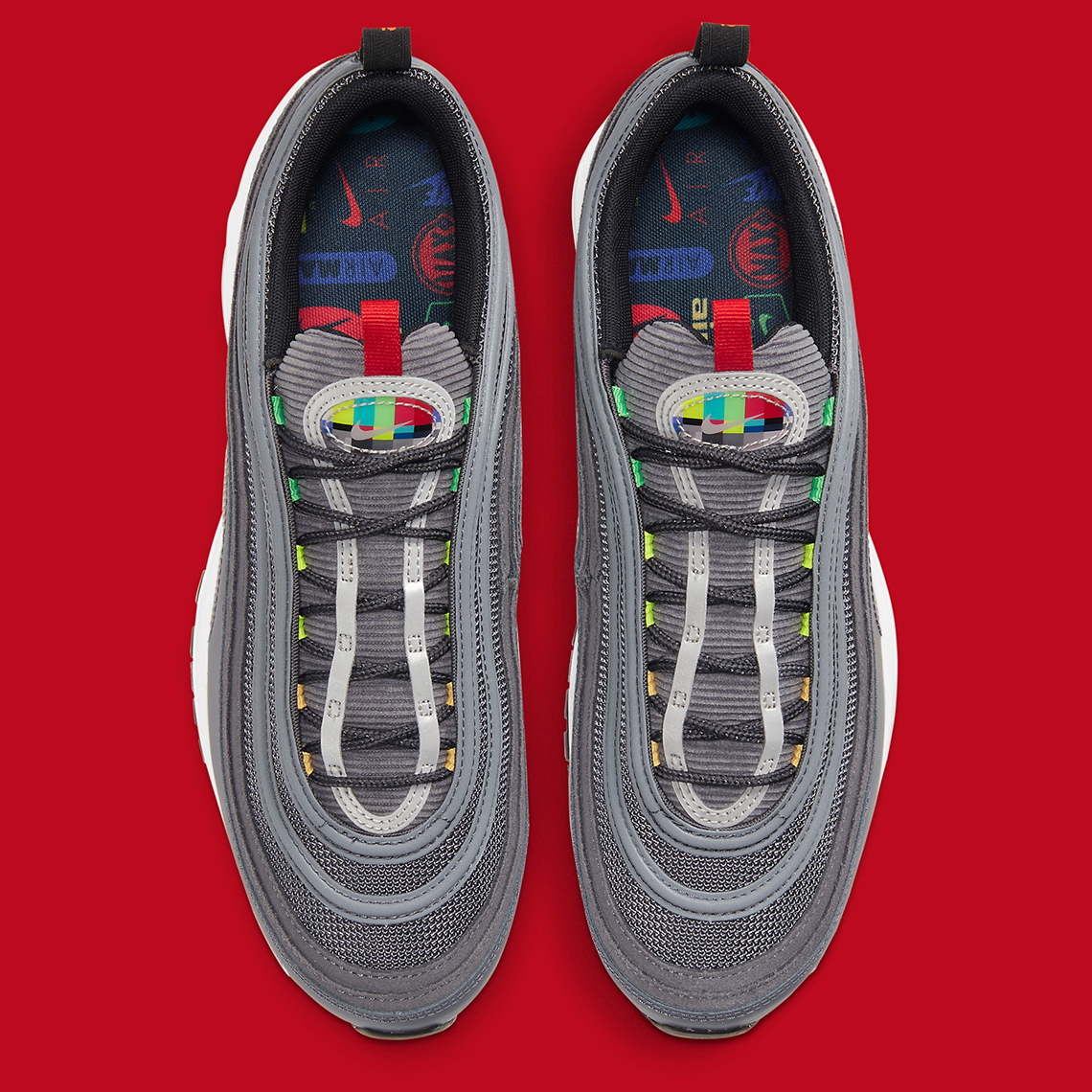 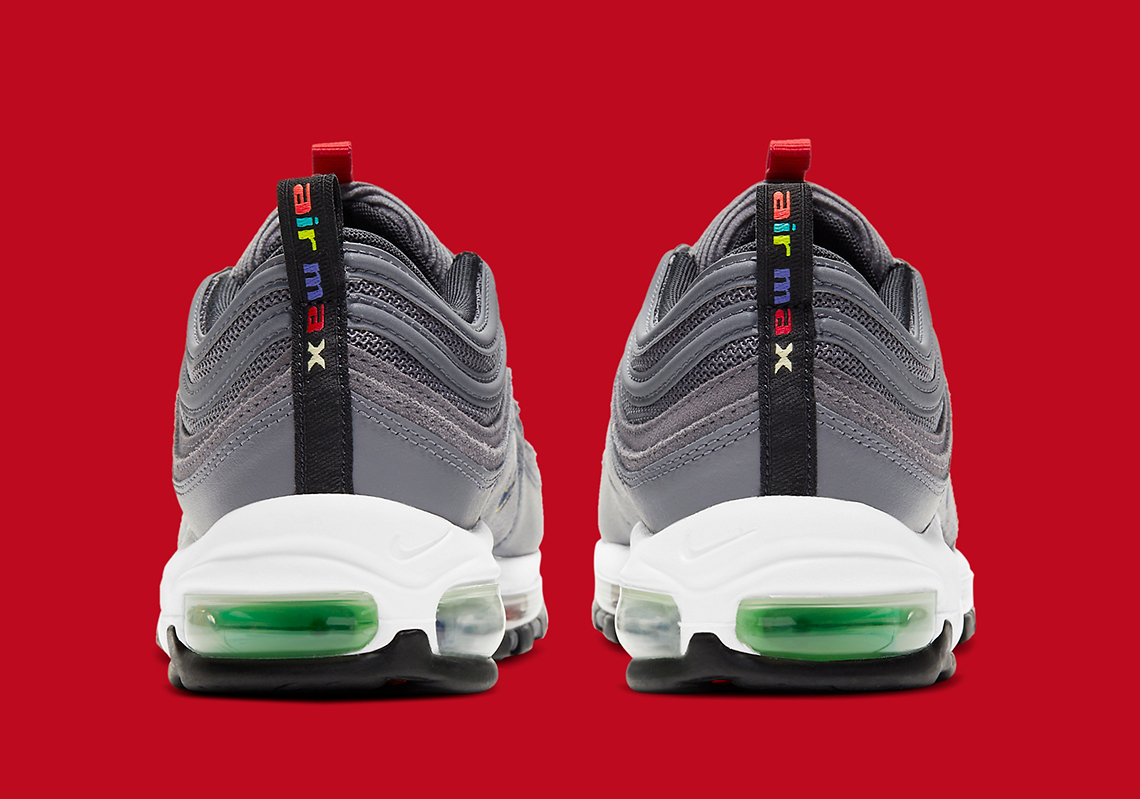 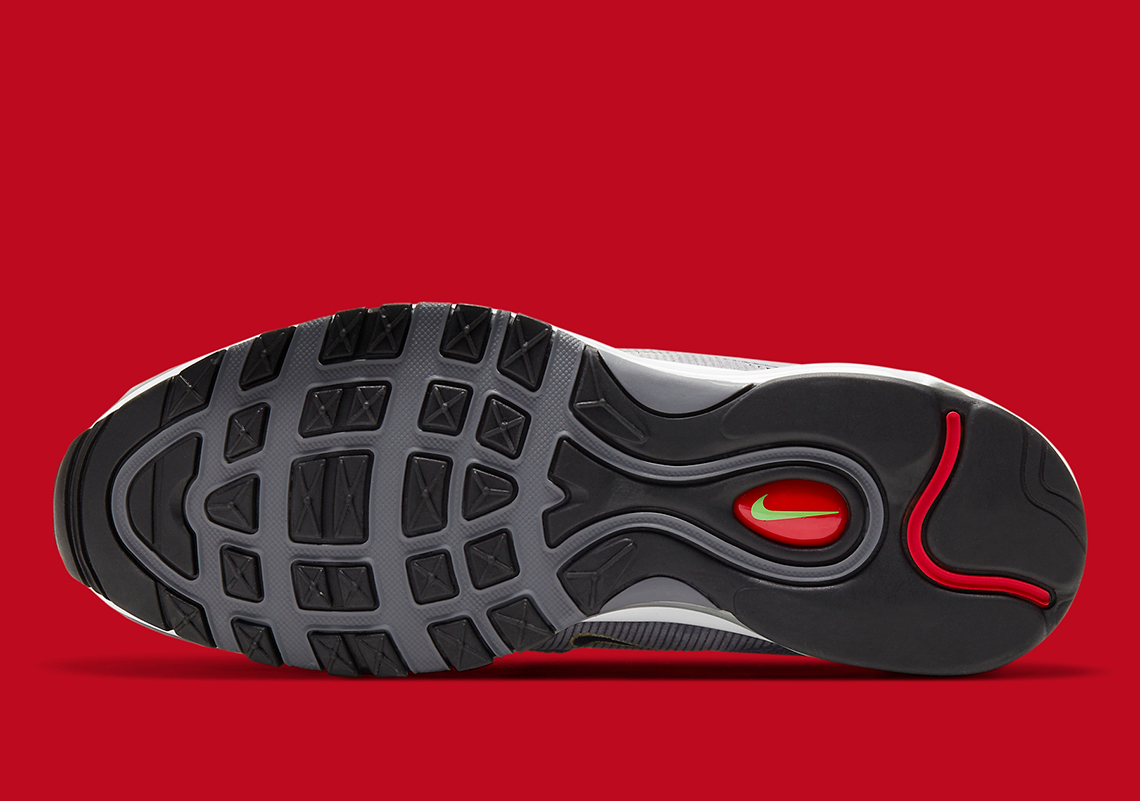 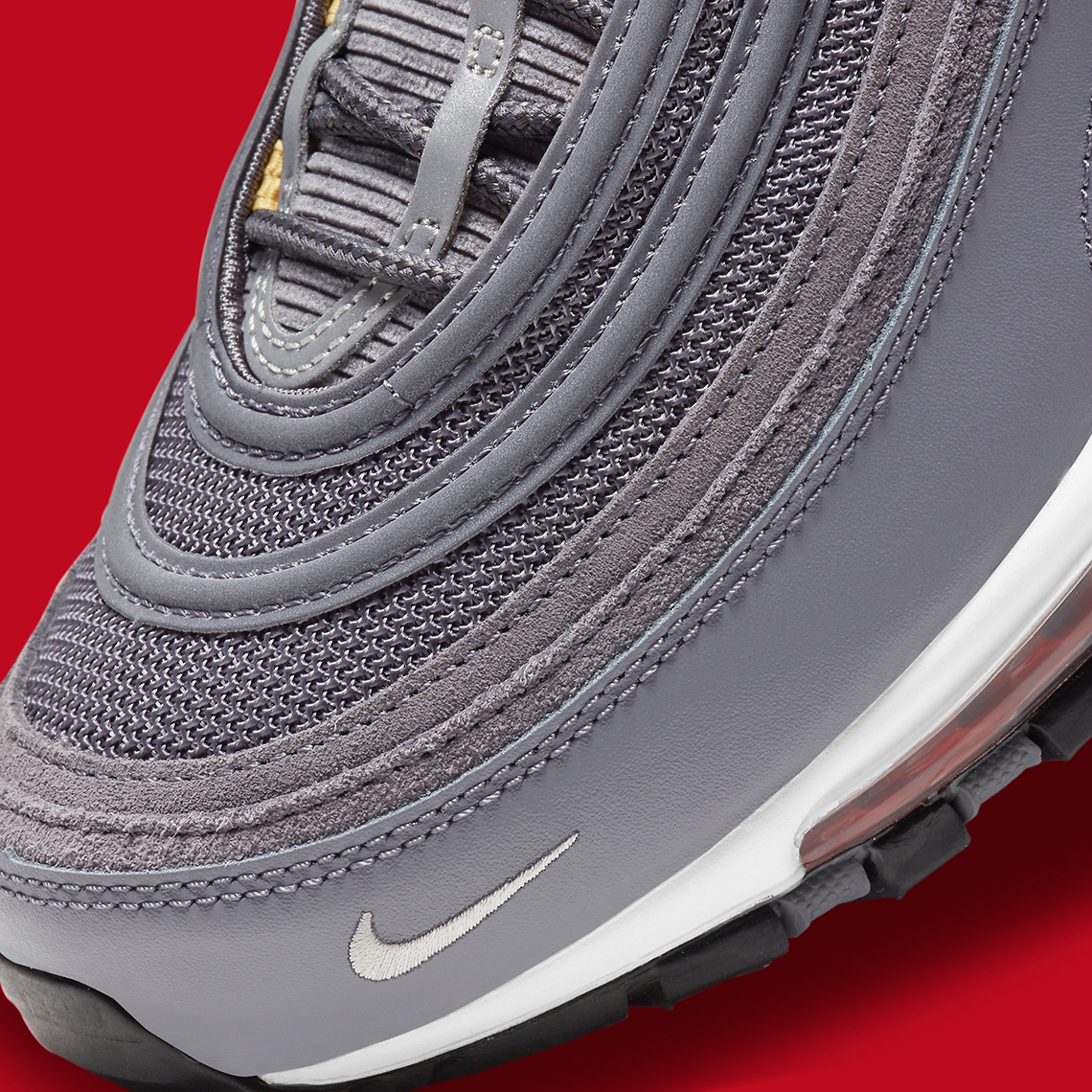 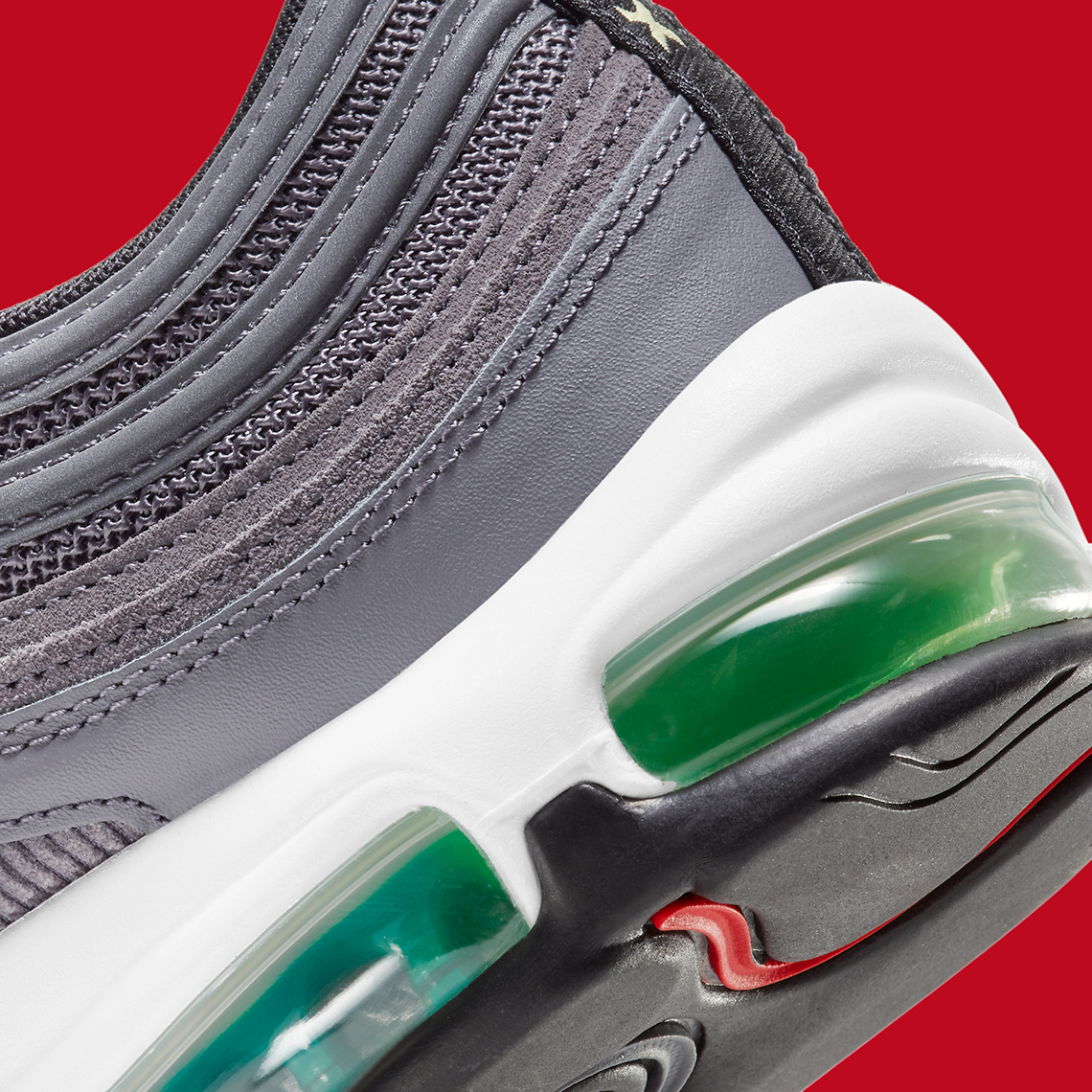