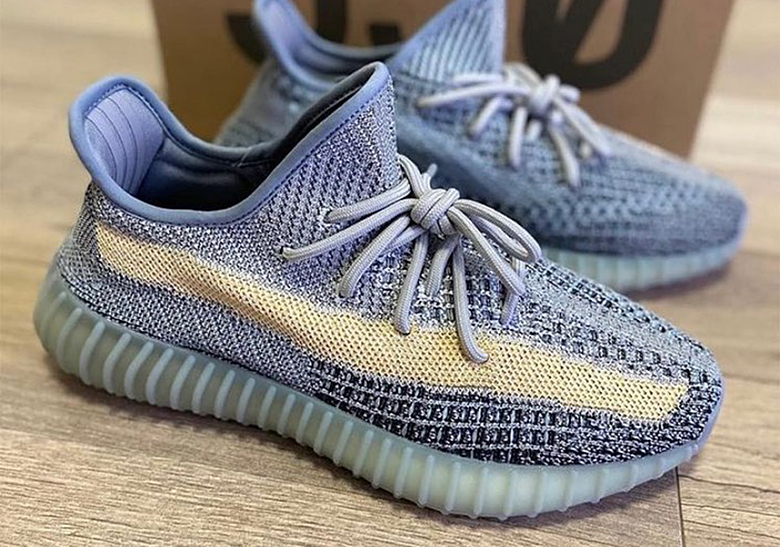 Even in the new year, adidas Yeezy has no plans of throwing their beloved flagship, the Yeezy Boost 350 v2, to the side. Rather, the brand seems to be keeping up if not increasing the pace, offering up a plethora of “Ash” themed releases. And first thing this February we’re to see not only the “Ash Stone” but also the “Ash Blue,” the latter of which was just revealed in the flesh for the first time.

Relative to its mock-up, the colorway is far lighter, less indigo-tinged than what was originally assumed. Across its stripes, hits of a bright yellow score from front to back, accenting against a weave that sections itself off in three different patterns. By the forefoot, the Primeknit is thick, gridded somewhat in look, while the back and the collar arrive more flat, their titular blues offset by threads of white. Below, in complement to the palette above, the sole’s slight translucence is tinted shades lighter, the Boost within visible all across.

Take a peek at this upcoming 350 v2 here and expect a more solid date to surface this February, 2021. 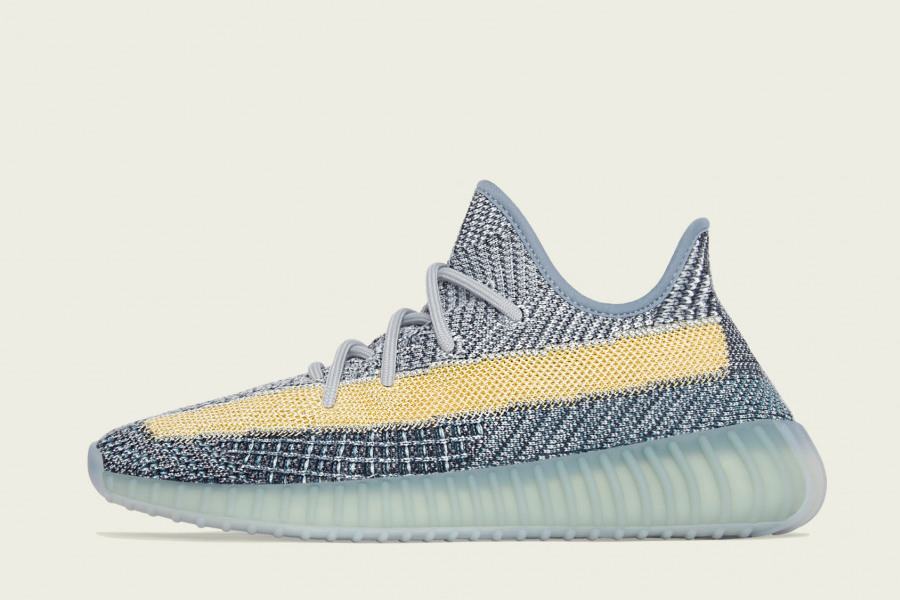 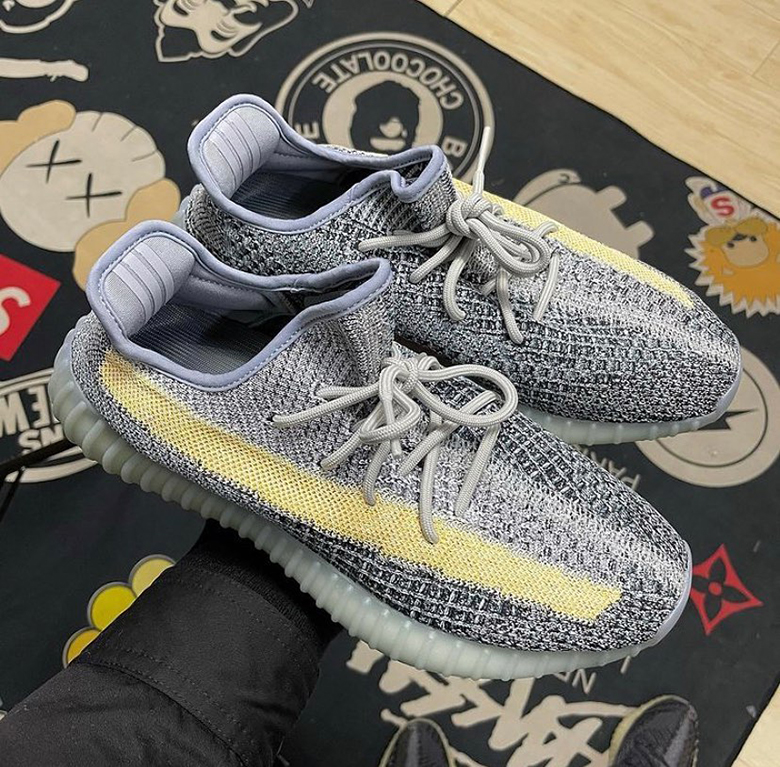 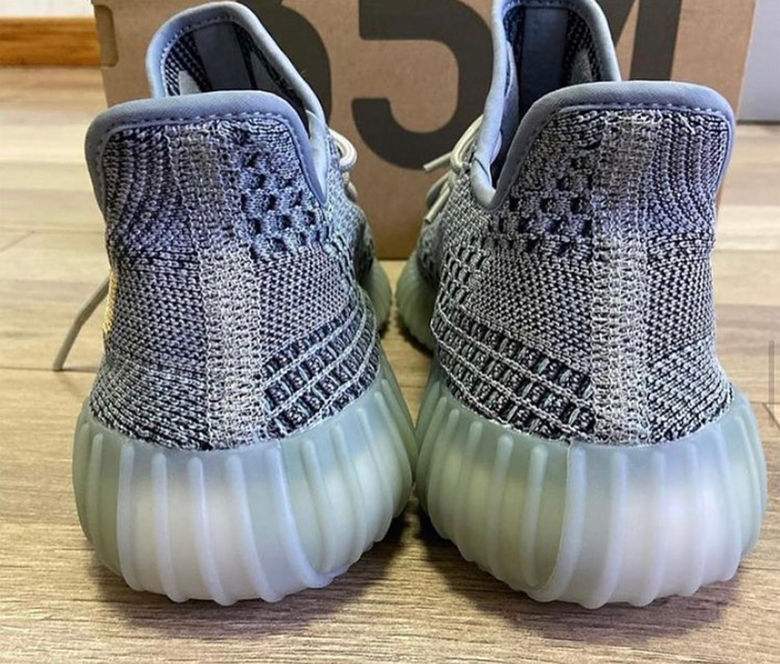