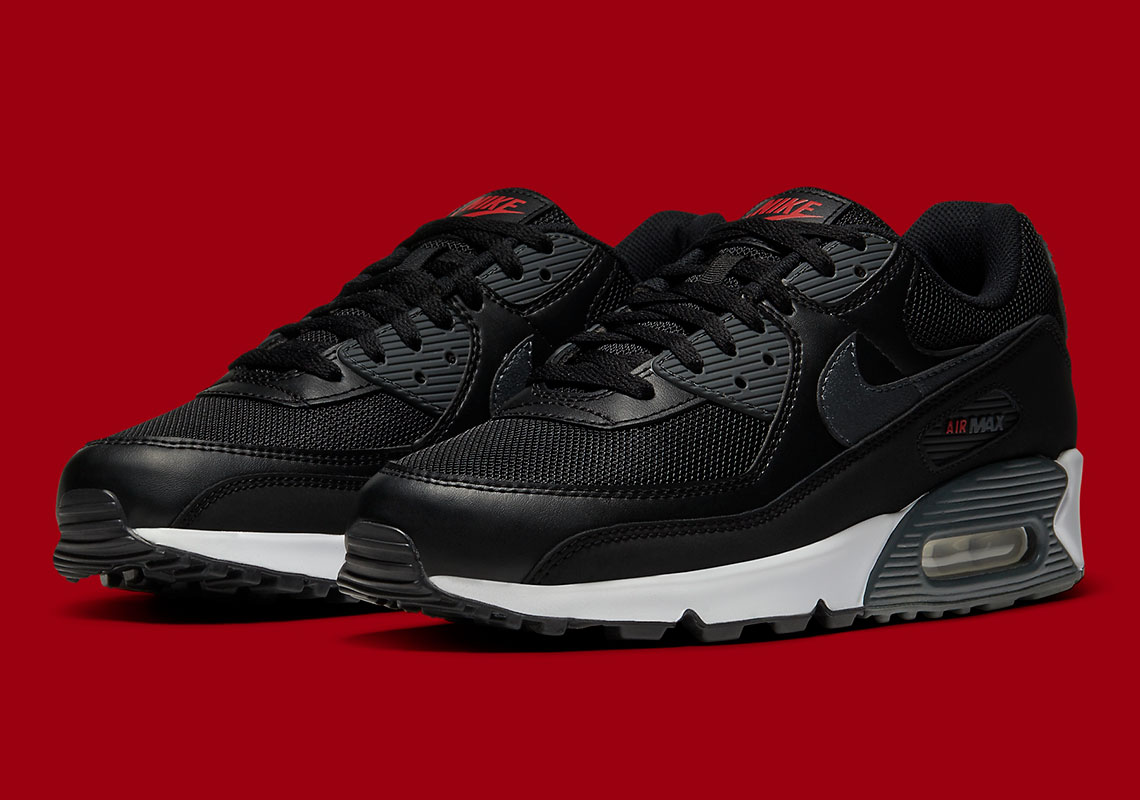 The Nike Air Max 90 Surfaces In The New Year In Simple Black, Red, And Grey

With the new year finally here, Nike certainly isn’t hesitating to introduce new releases. Right off the bat, the Swoosh delivers a new Air Max 90 in a sleek black, red, and grey arrangement.

Clad in a black mesh base with matching smooth leather overlays, the pair deviates from the unveiled, predominantly brightly-colored Air Max 90s slated to release this year. For subtle contrast, the swoosh is in a dark grey rather than black and has a pebbled texture that distinguishes itself from the surrounding elements. The TPU accents on the heel, eyestays, and cassette are also seen in the same grey. Besides the stark white midsole, the only other hit of brightness is the University Red used for the branding on the mudguard, tongue label. and heel.

The pair is available at Nike.com for $120, and will soon hit the shelves of the retailers listed below.

In other AM90 news, check out the upcoming contrast-stitch “Laser Orange” Air Max 90. 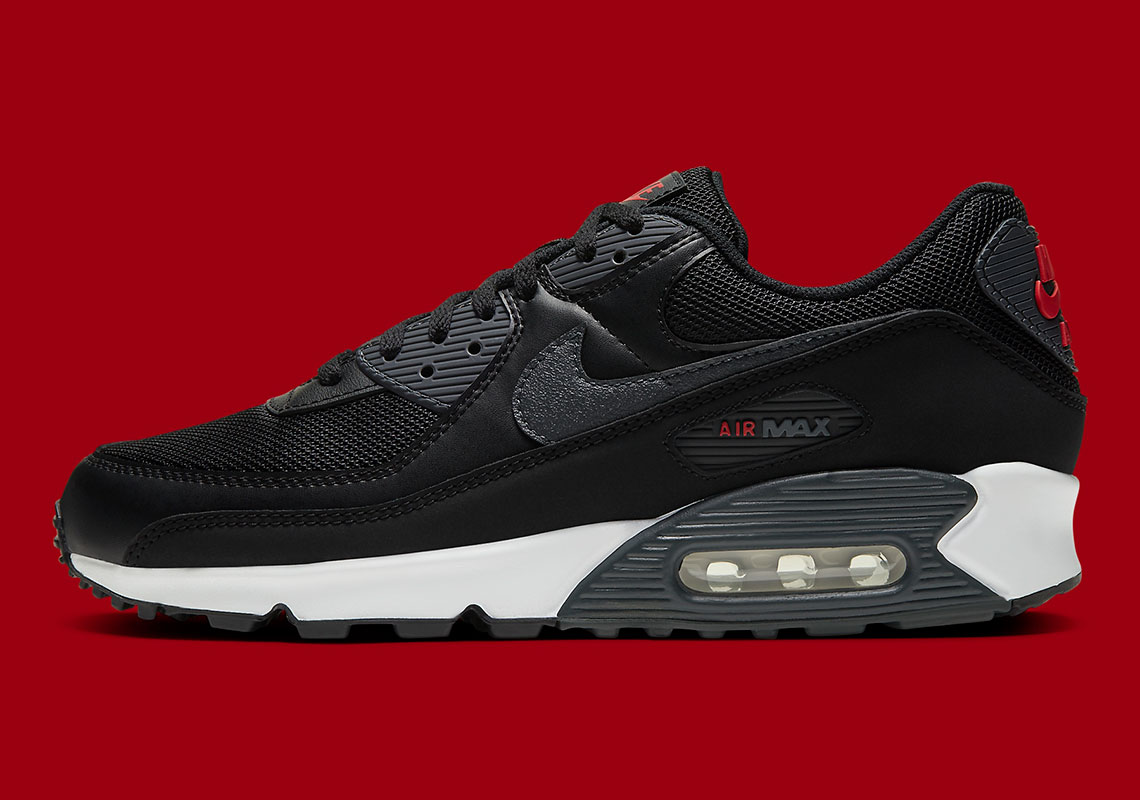 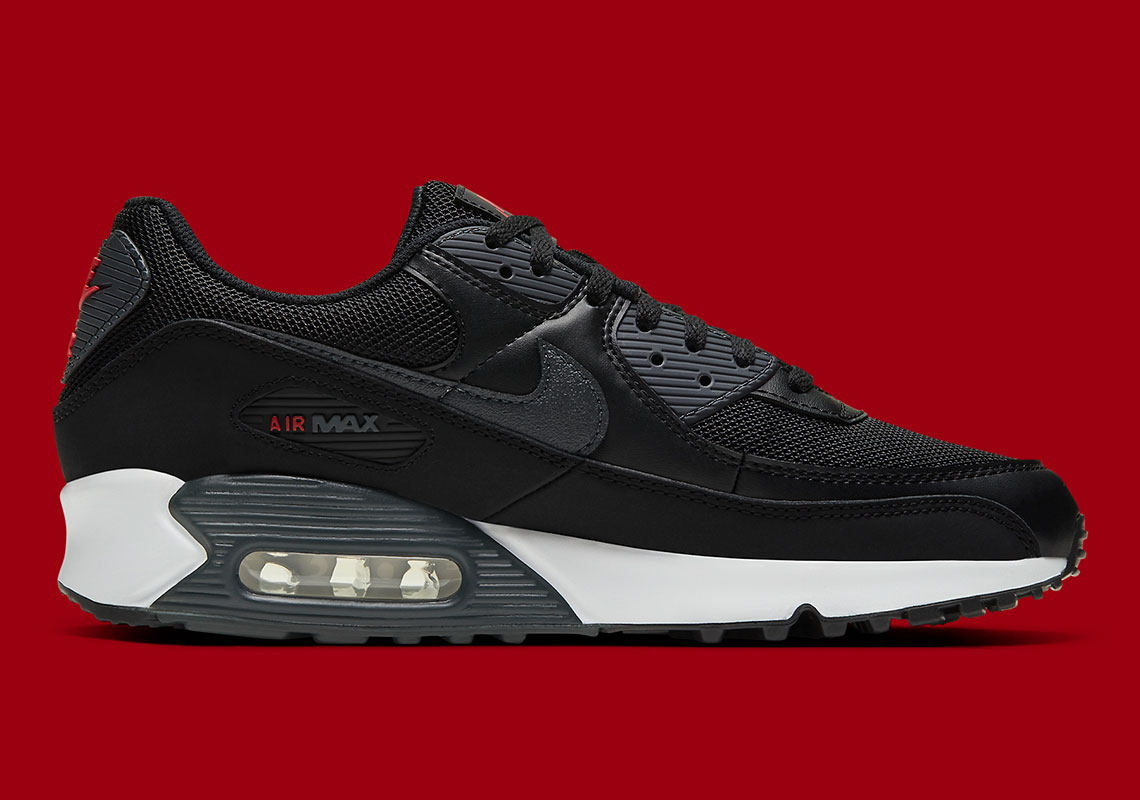 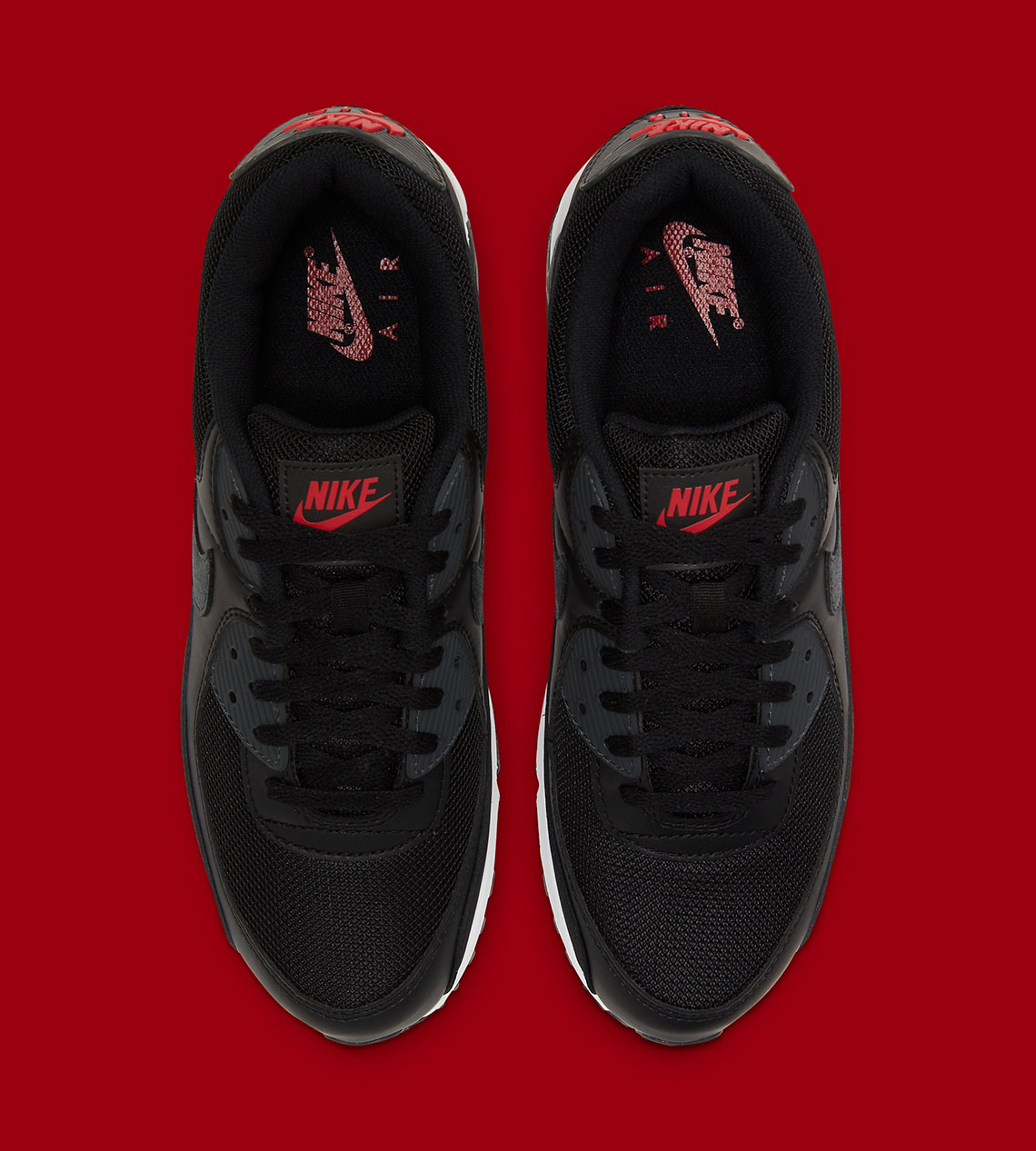 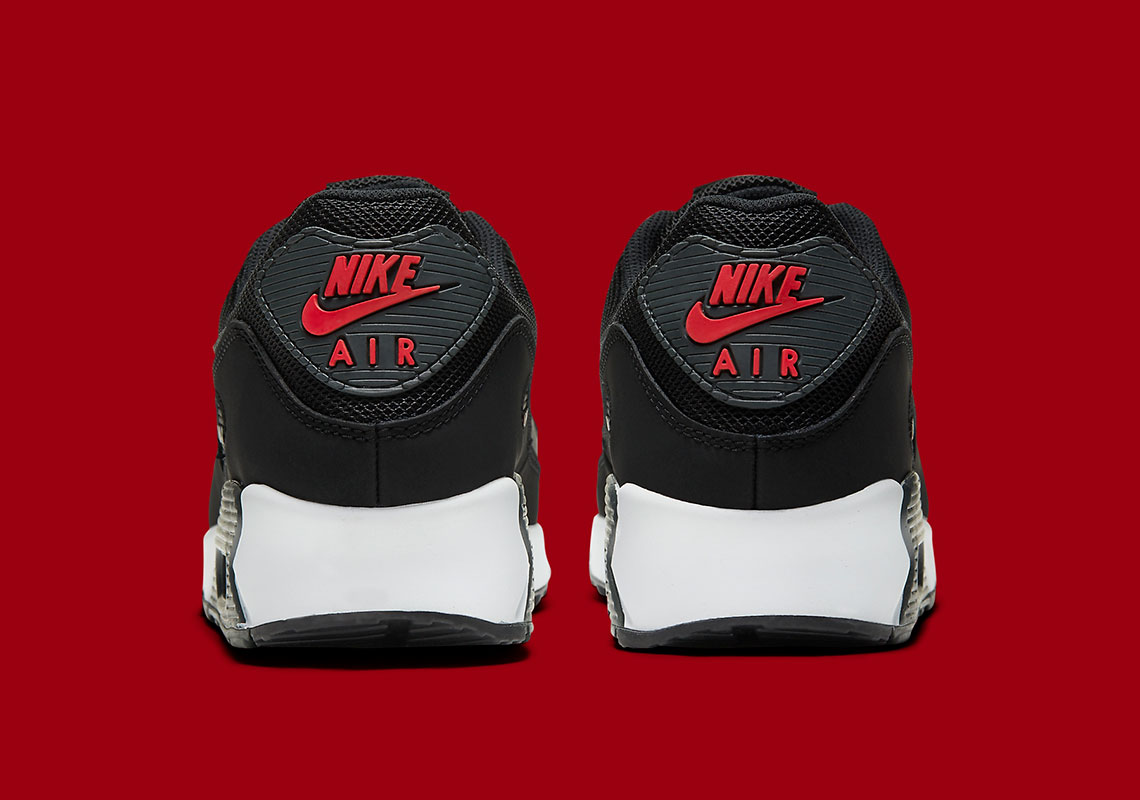 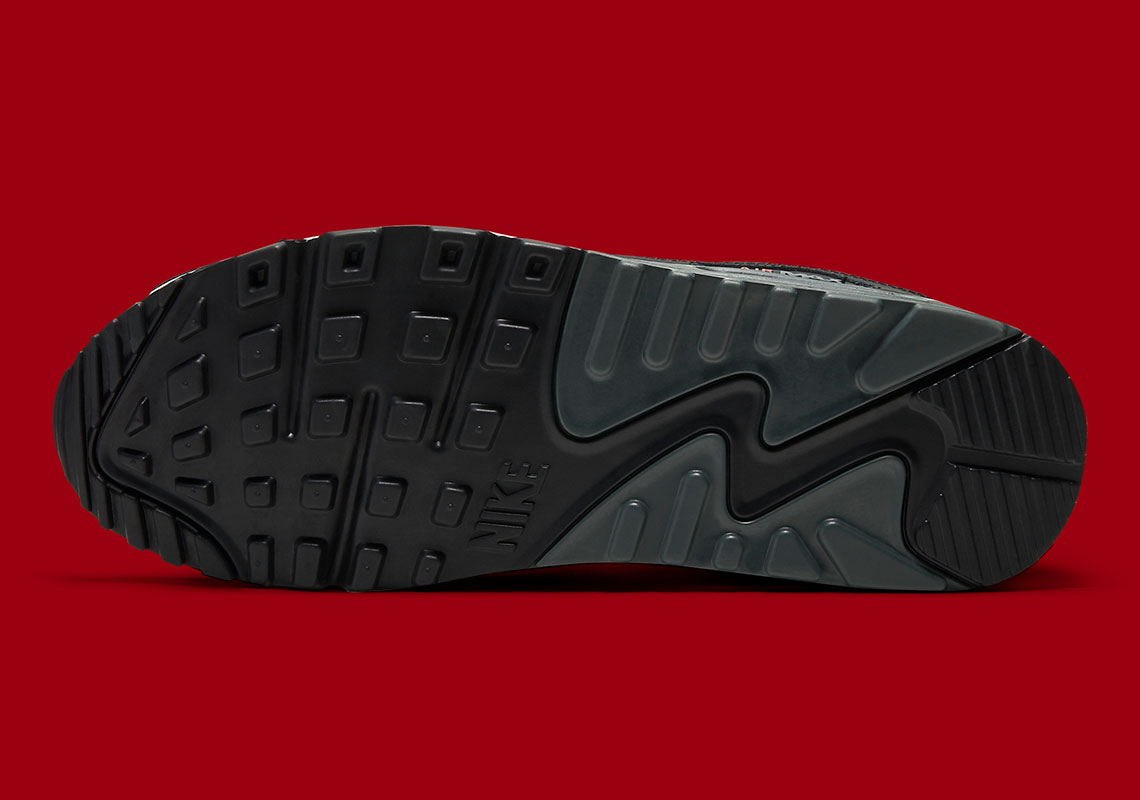 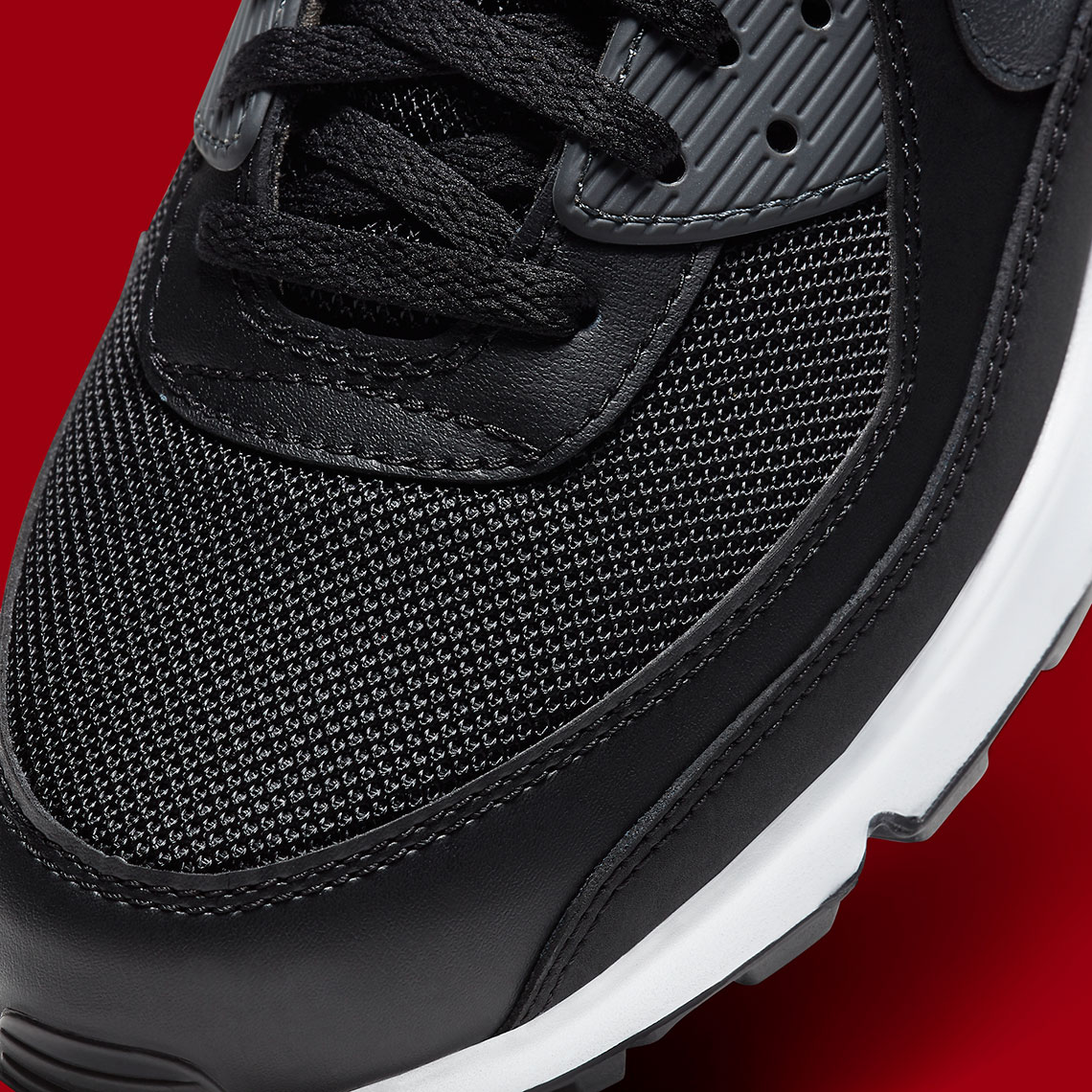 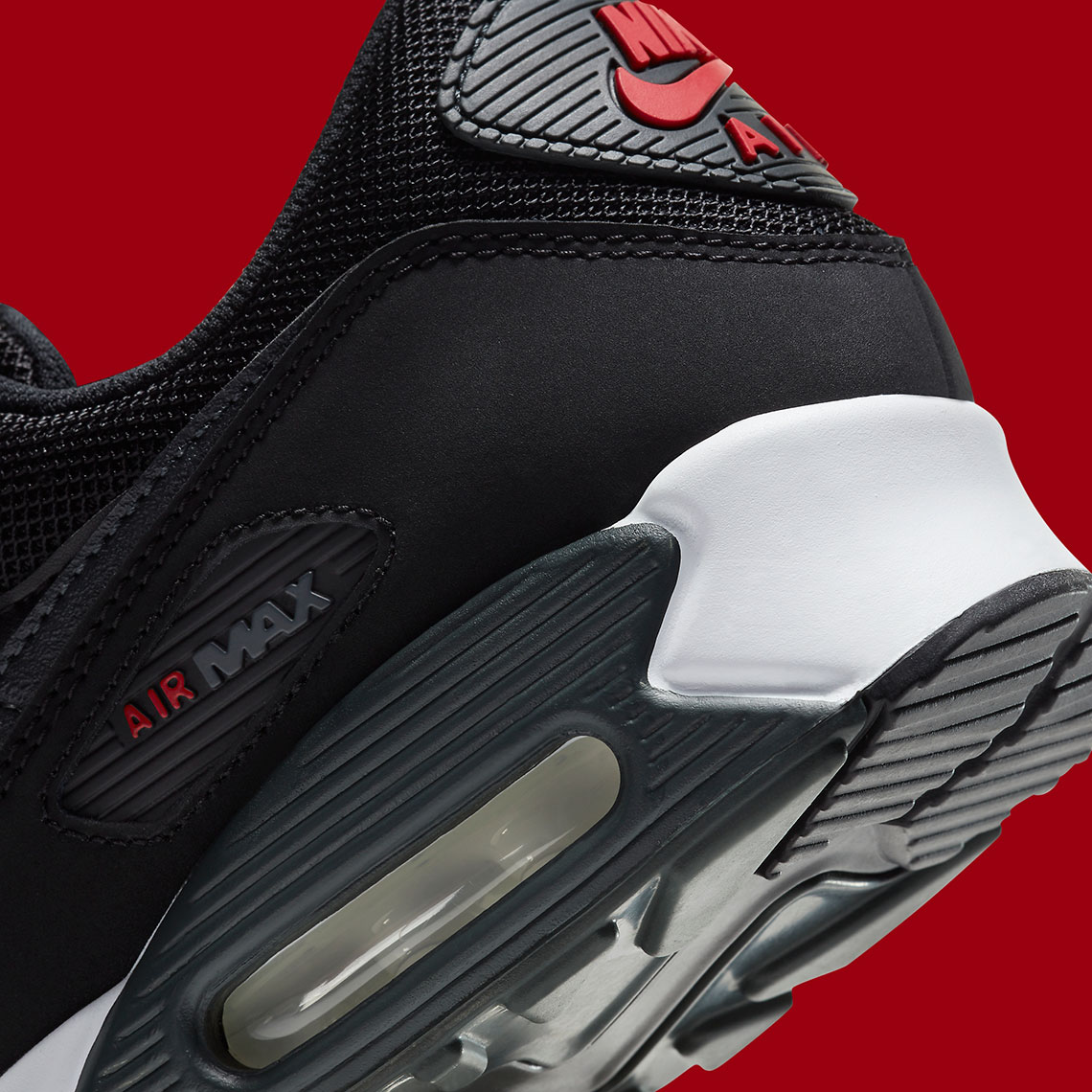