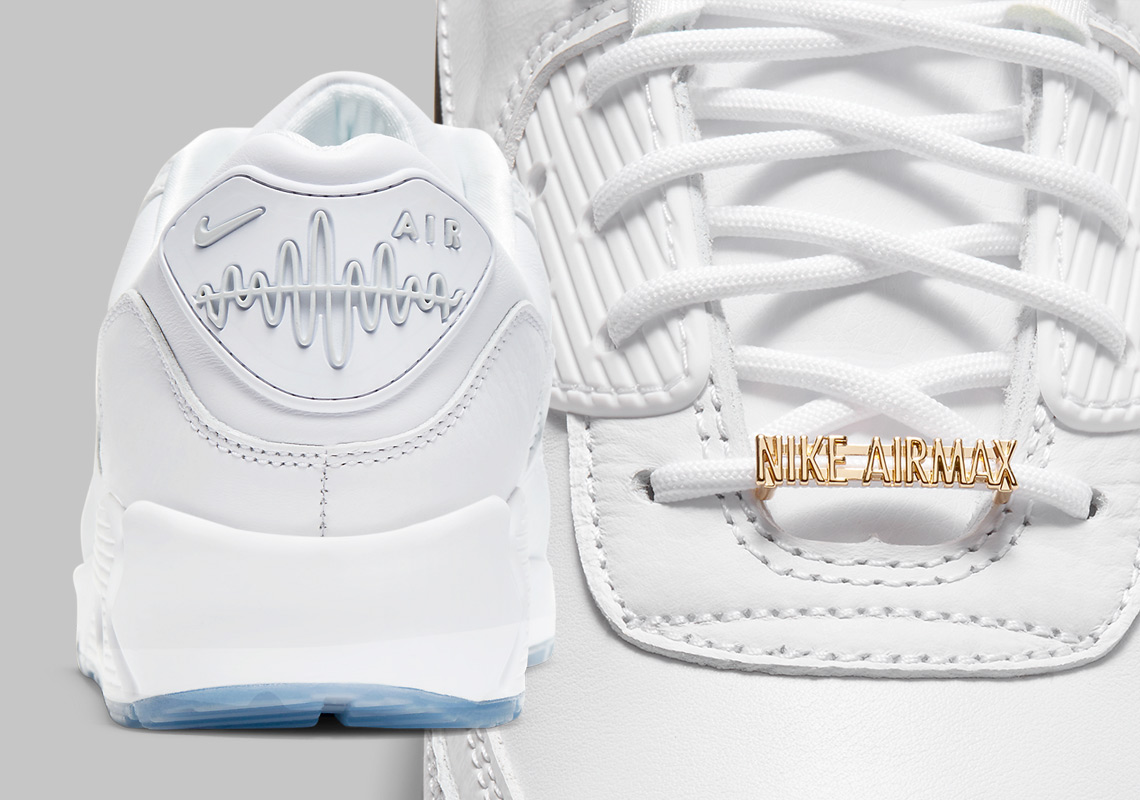 Nike’s nods to pirate radio further expand with the Air Max 90, the silhouette making use of the previously revealed themes atop a following “White/Gold” colorway.

The skull insignia is dressed atop the outsole once again, clad in dark, black ink within the casing of an icy blue. Directly above, the midsole is far more bereft of tweaks, its outer face made white to better complement the smooth leather upper. But atop the jewel Swoosh and dubrae, luxurious gold metallic take the helm, outshining the back tab’s understated logos and frequency-inspired motif.

Grab a detailed look at this upcoming Air Max 90 here and expect to see it on Nike.com on January 19th.

In other news, the Jordan Delta Mid Storm Blue ushers in the silhouette’s first release of the year. 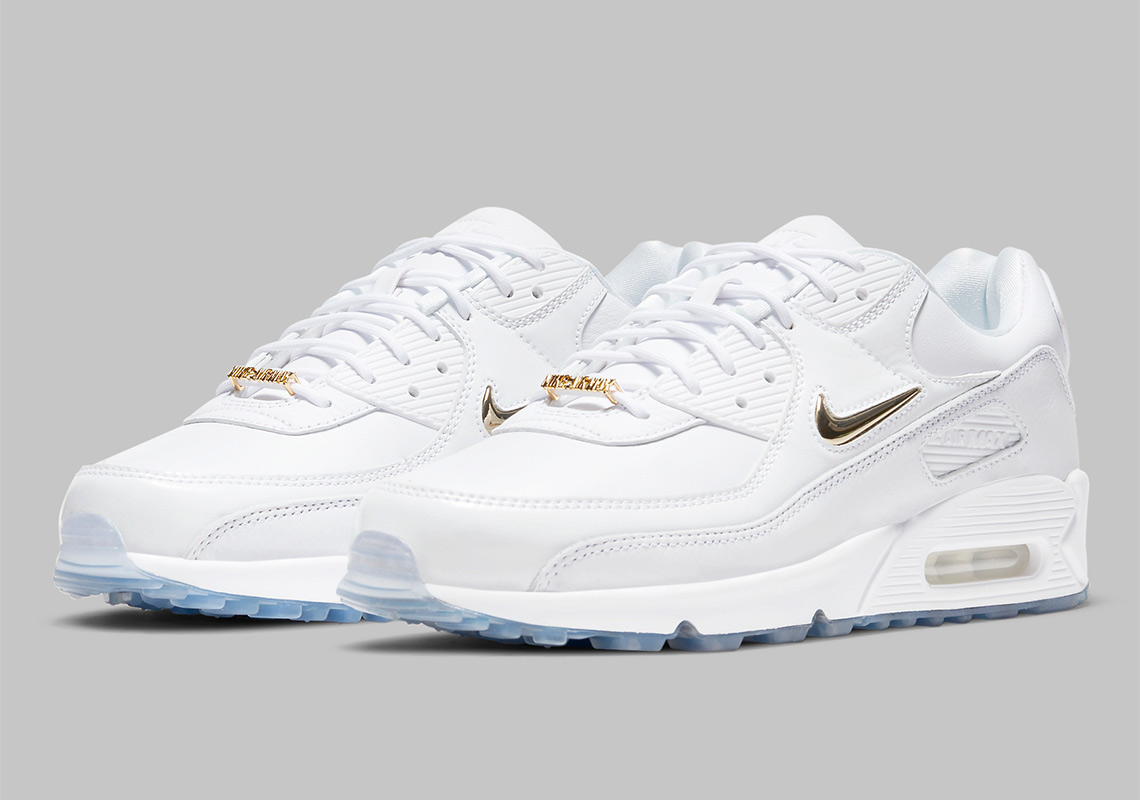 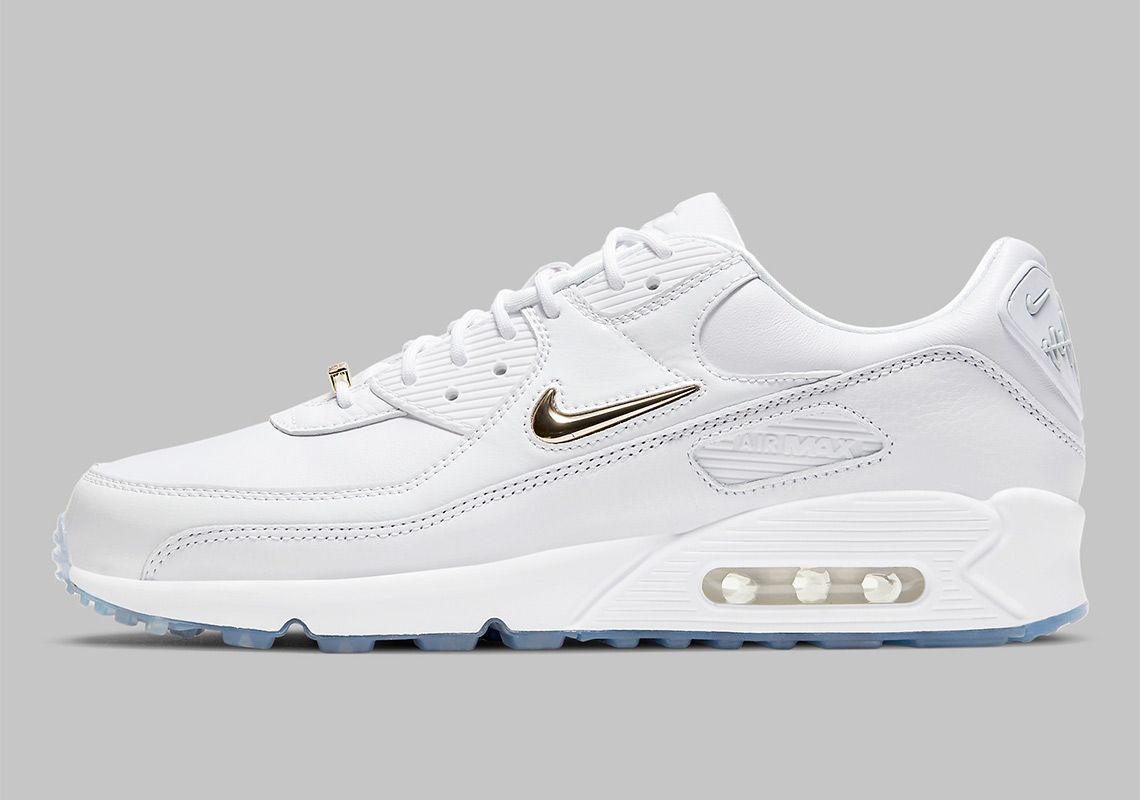 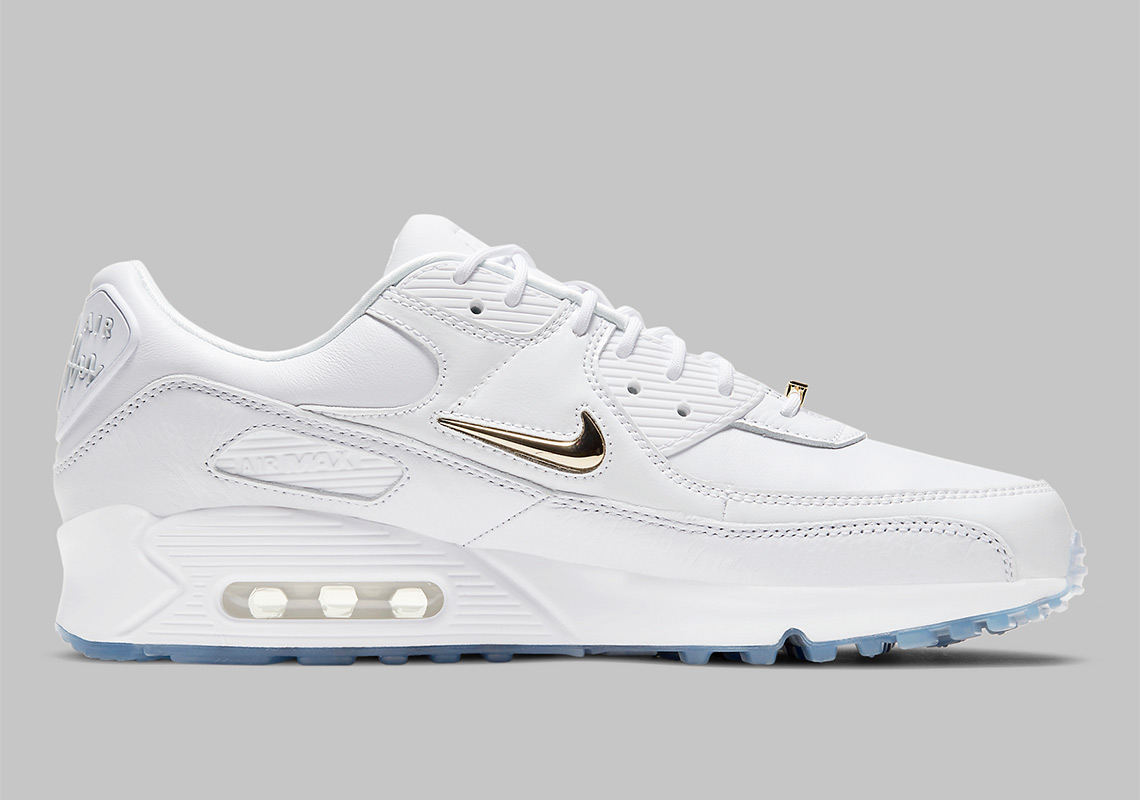 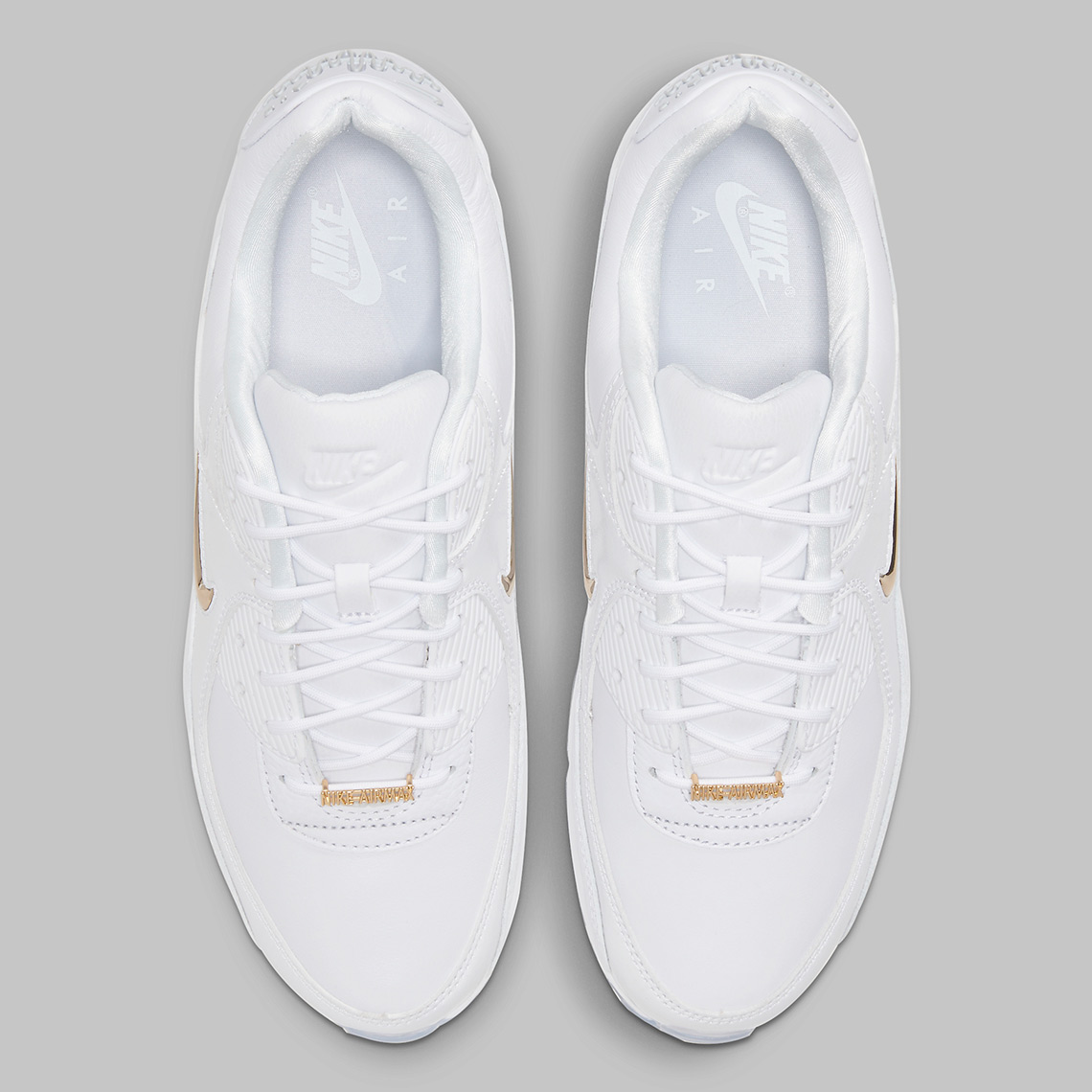 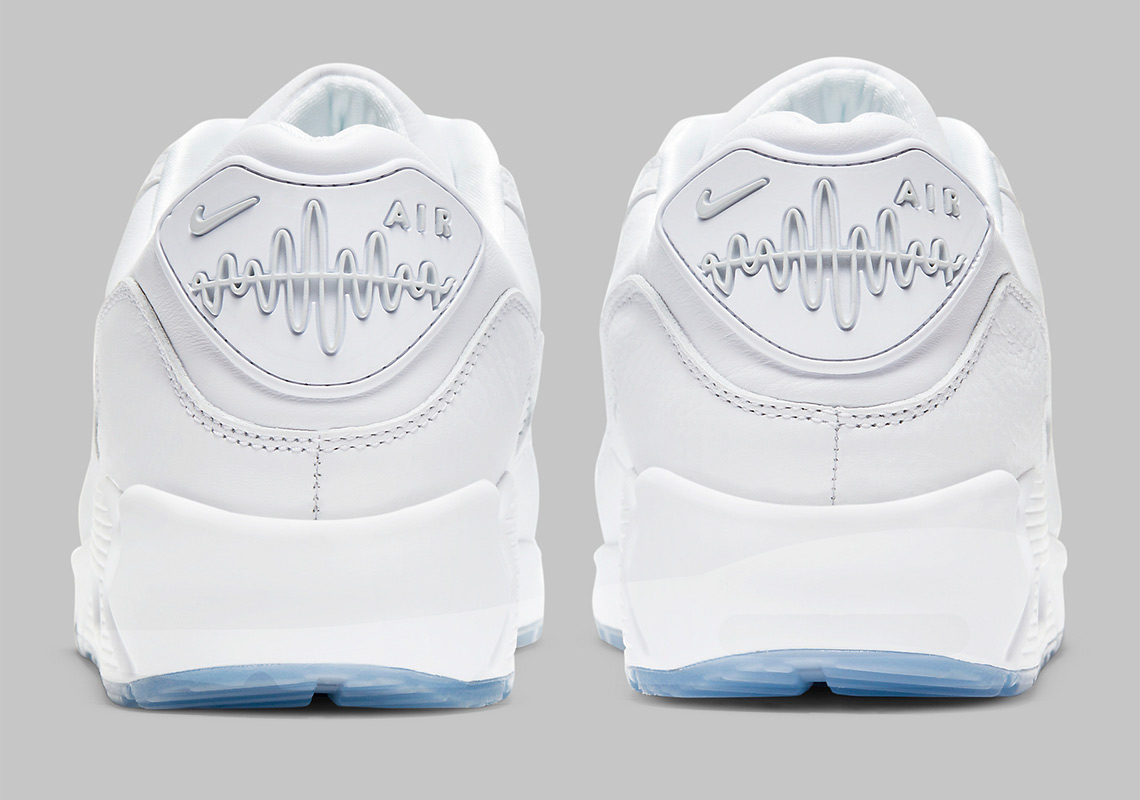 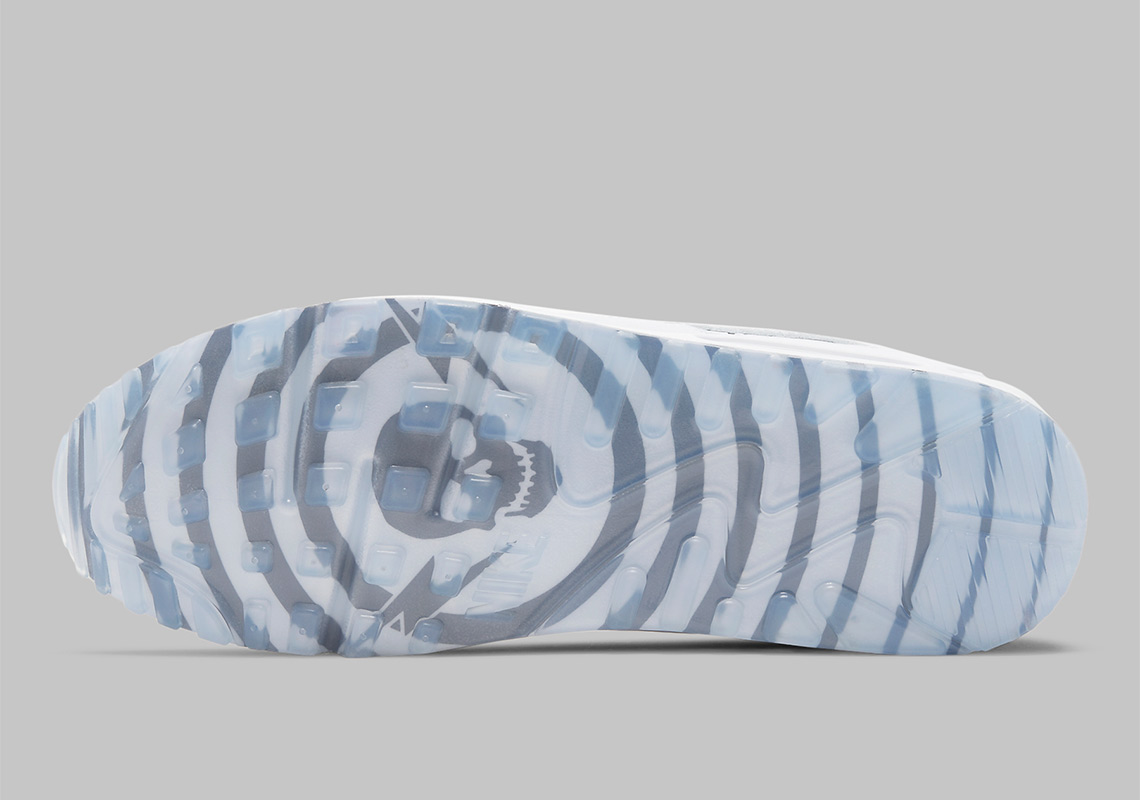 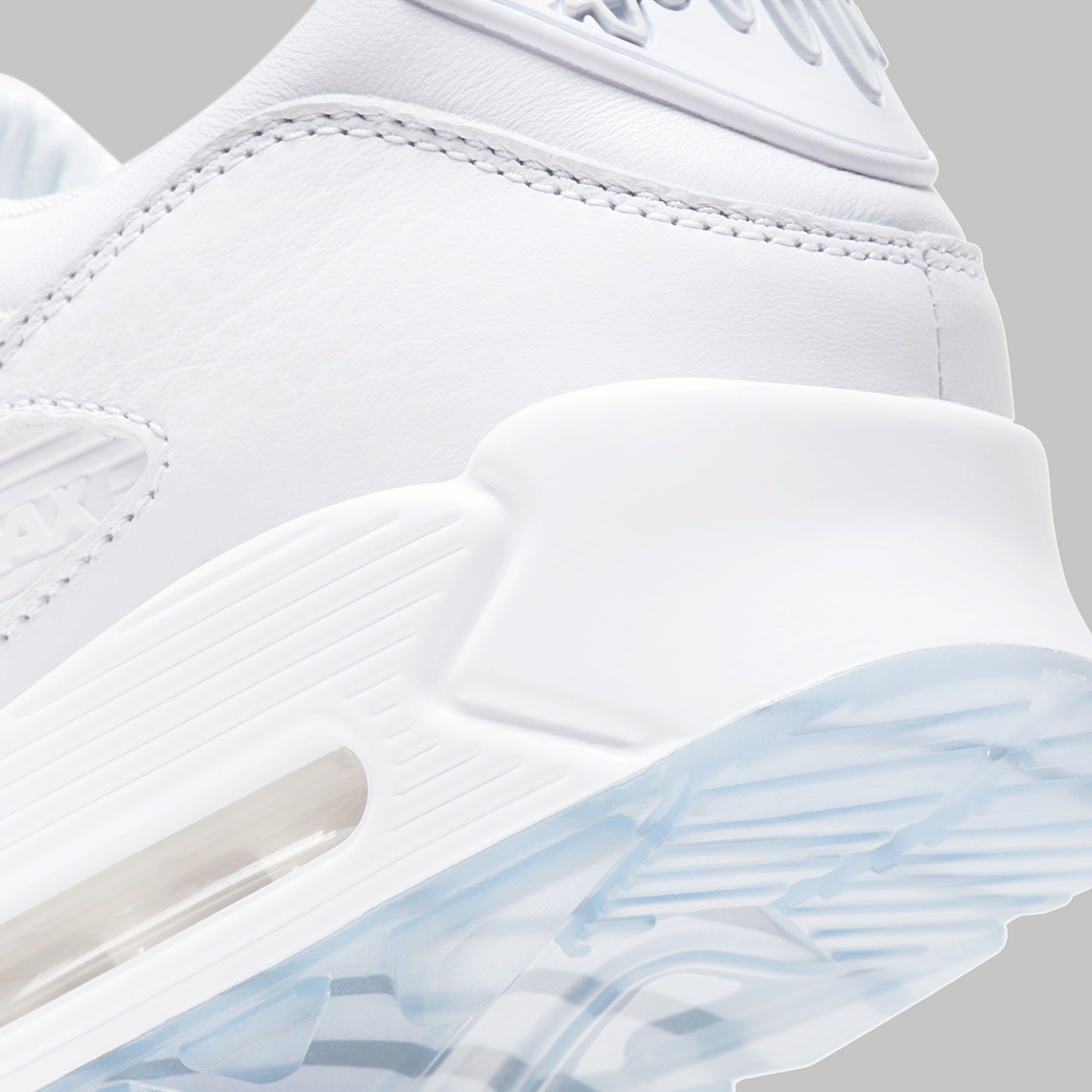 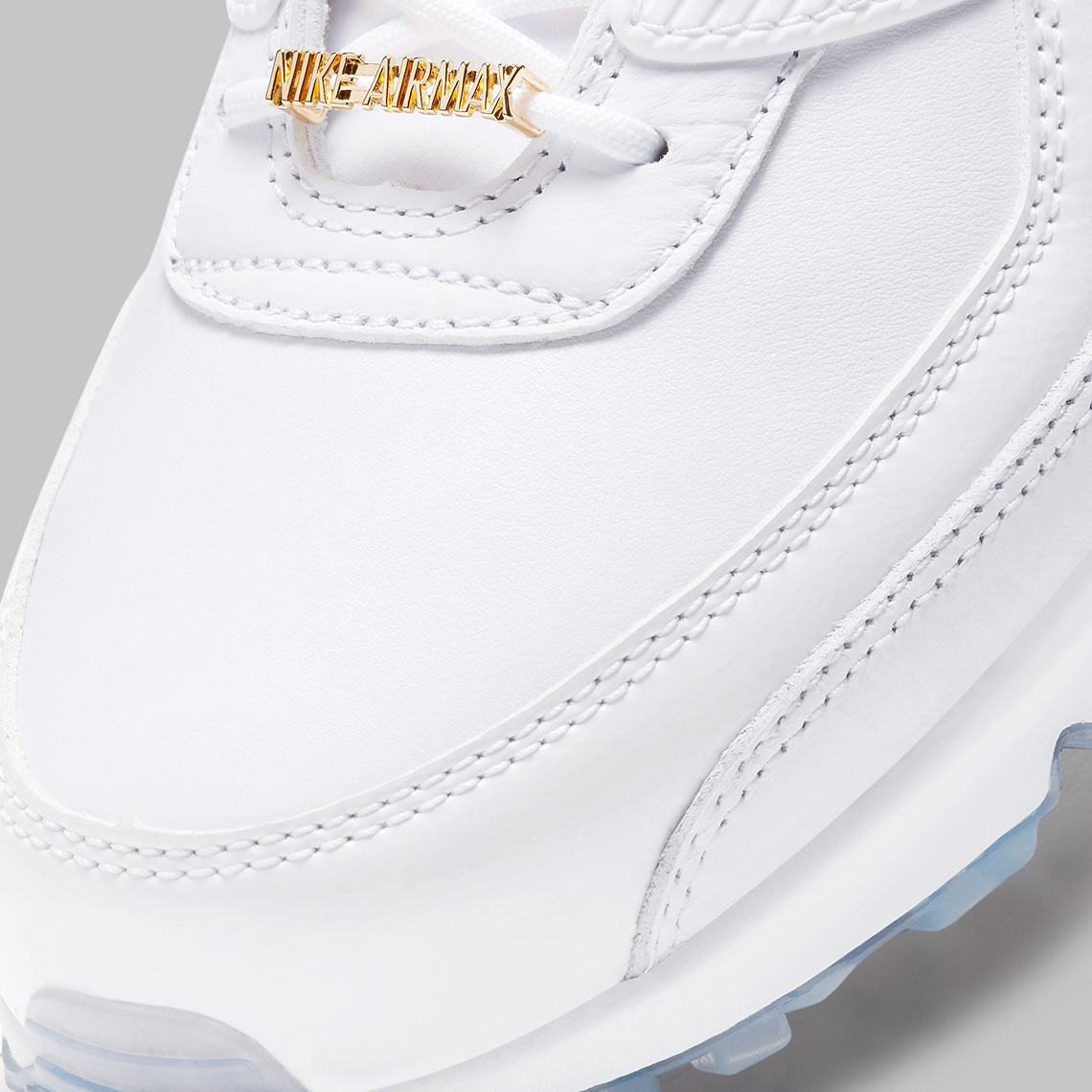 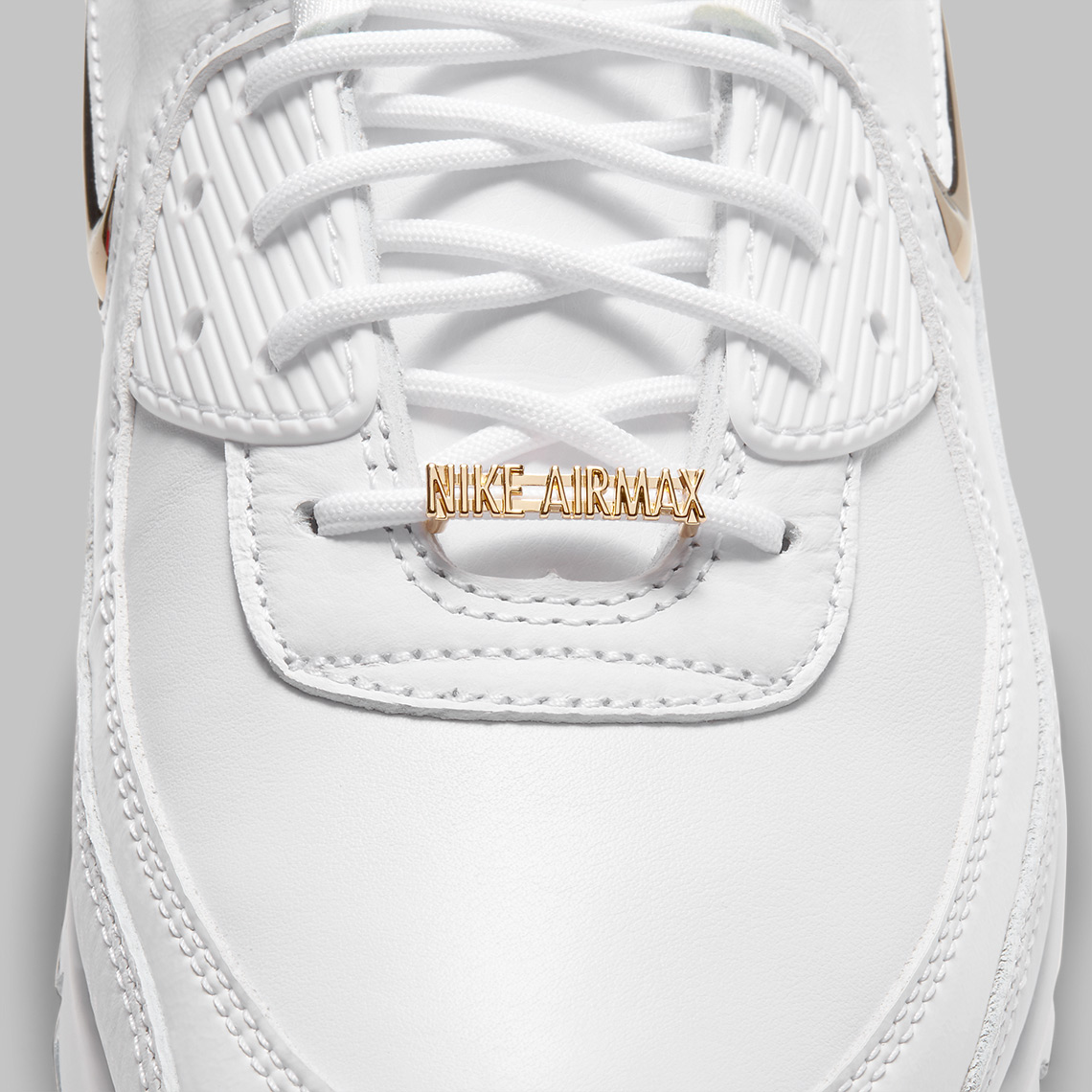 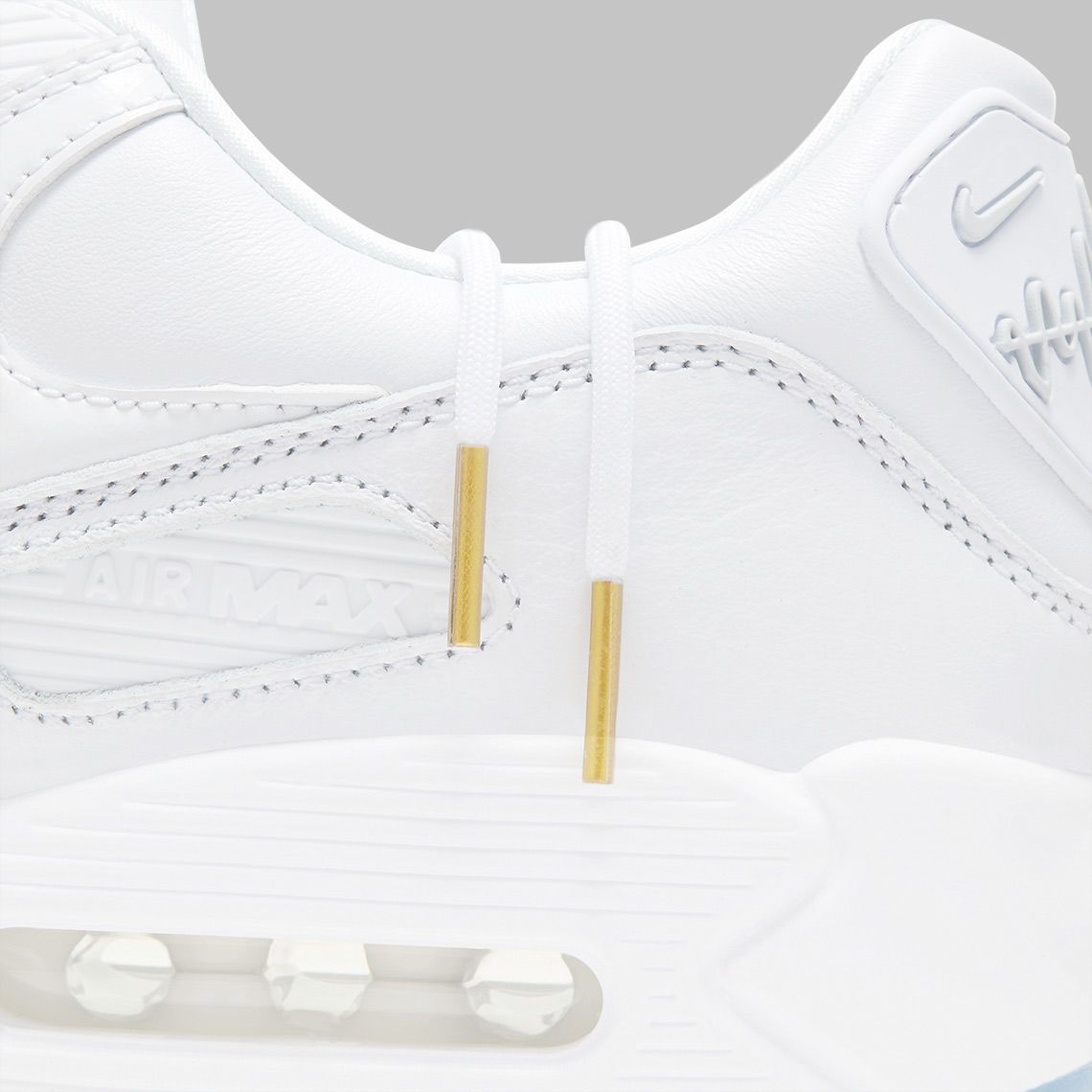