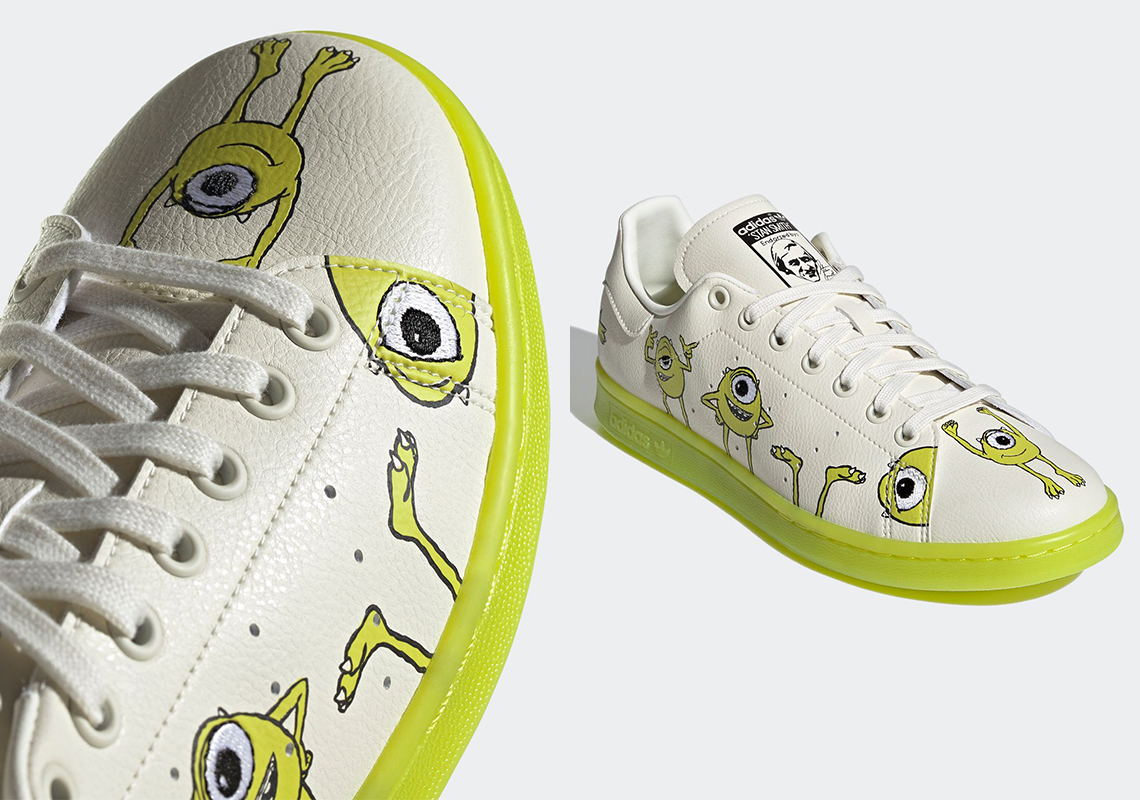 In the past few years, adidas has fostered a number of working relationships with some of the most prolific film and TV franchises we know today. With James Bond and Marvel audiences already well-captured, the Three Stripes is diverting their attention to a crowd much younger as they recruit the Scarers-turned-comedians of Monsters Inc.

First, we’re to see the Pixar film’s green protagonist, Mike Wazowkski, atop the frame of a neutral-colored Stan Smith. While the tumbled leathers of its construction are completely neutral — same for the laces, tongue, and heel tab — the sole contrasts in a green tint, one made to mimic the aforementioned character himself. Elsewhere, for a more playful and overt tribute, the one-eyed monster is placed across the shoe multiple times with multiple gesture. What’s more, his eyes, unlike the green paint of the rest of his portrayal, are threaded on via embroidery, adding subtle but premium touch to the collaboration.

Grab a detailed look at these right here and expect an adidas.com release to hit likely within the next few months.

In other news, have you seen the Supreme Nike Goadome. 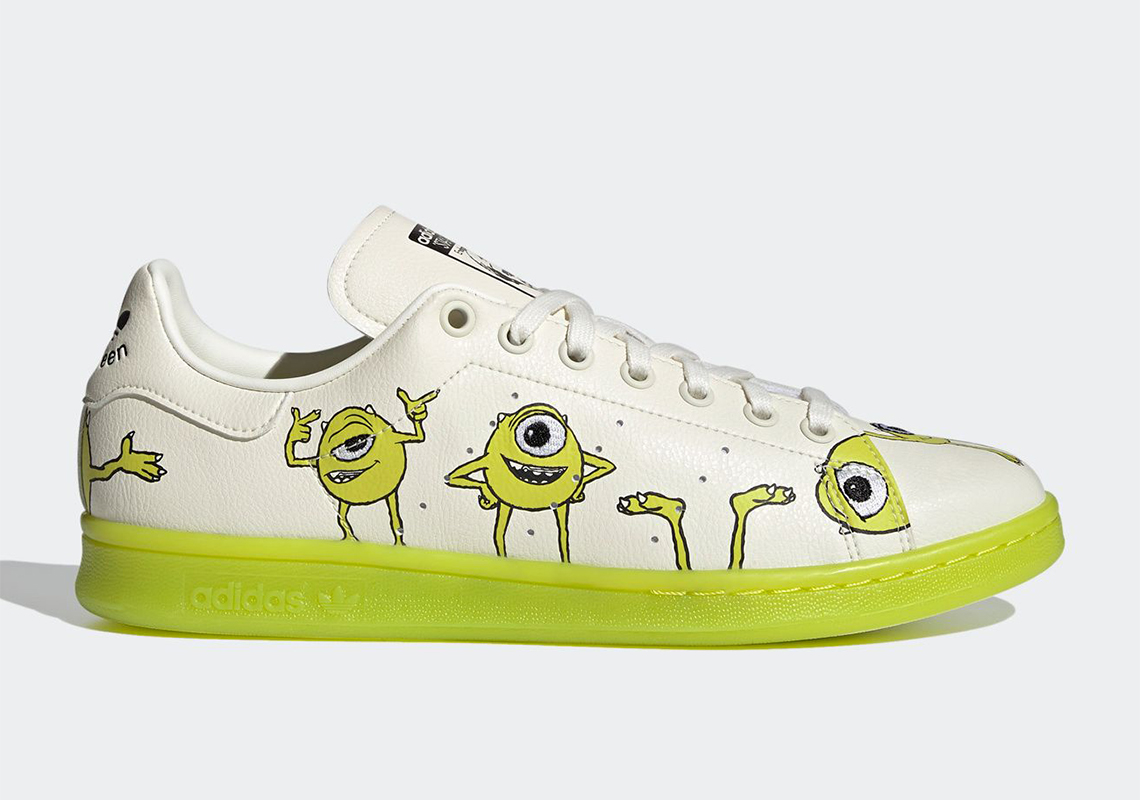 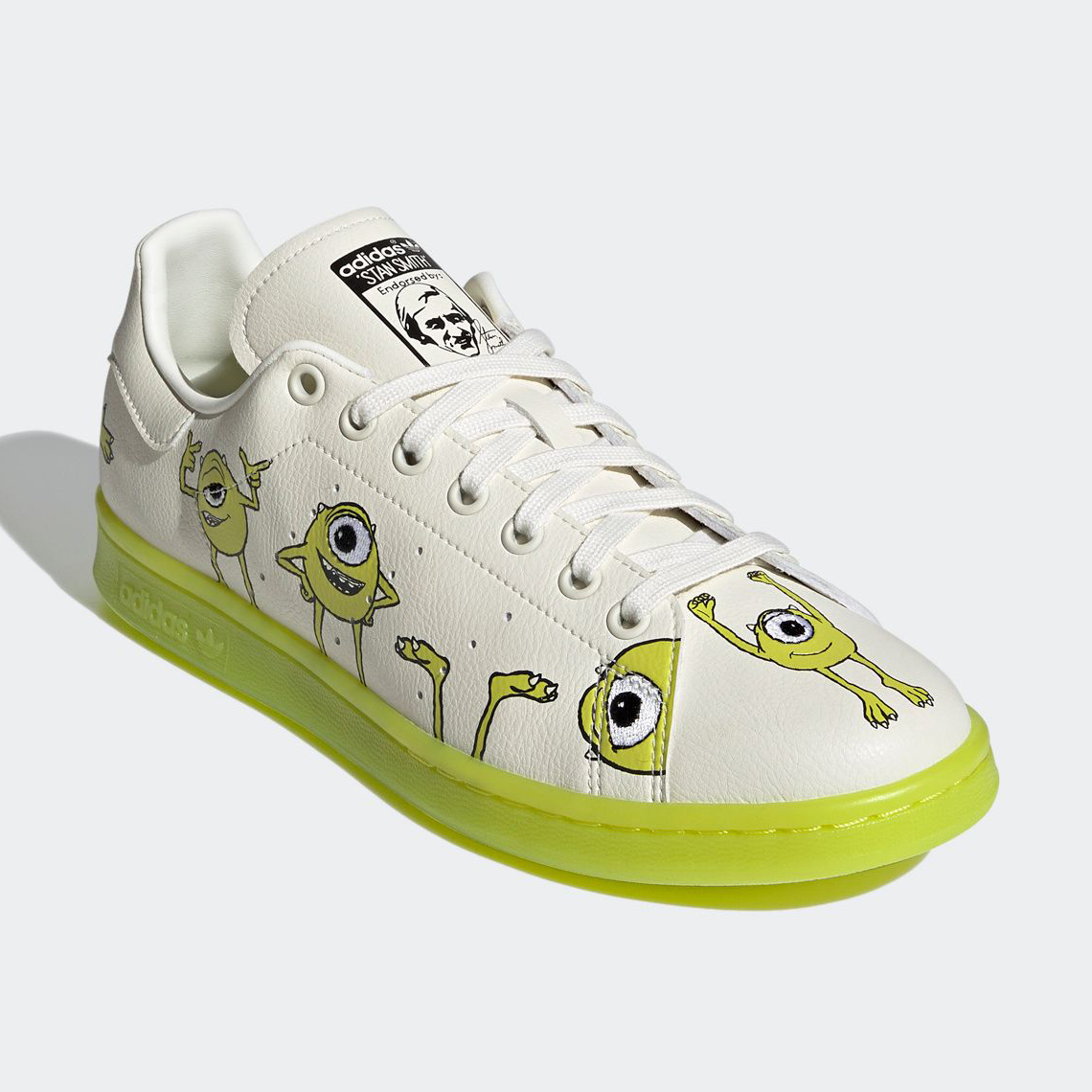 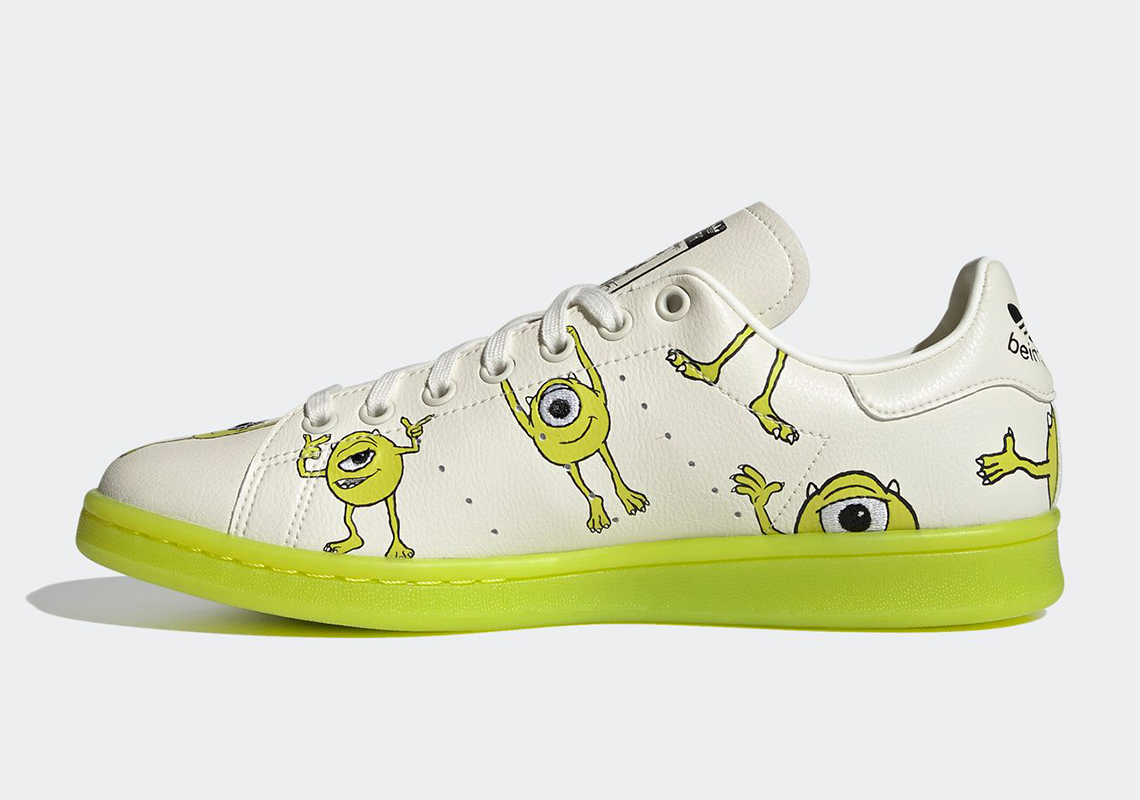 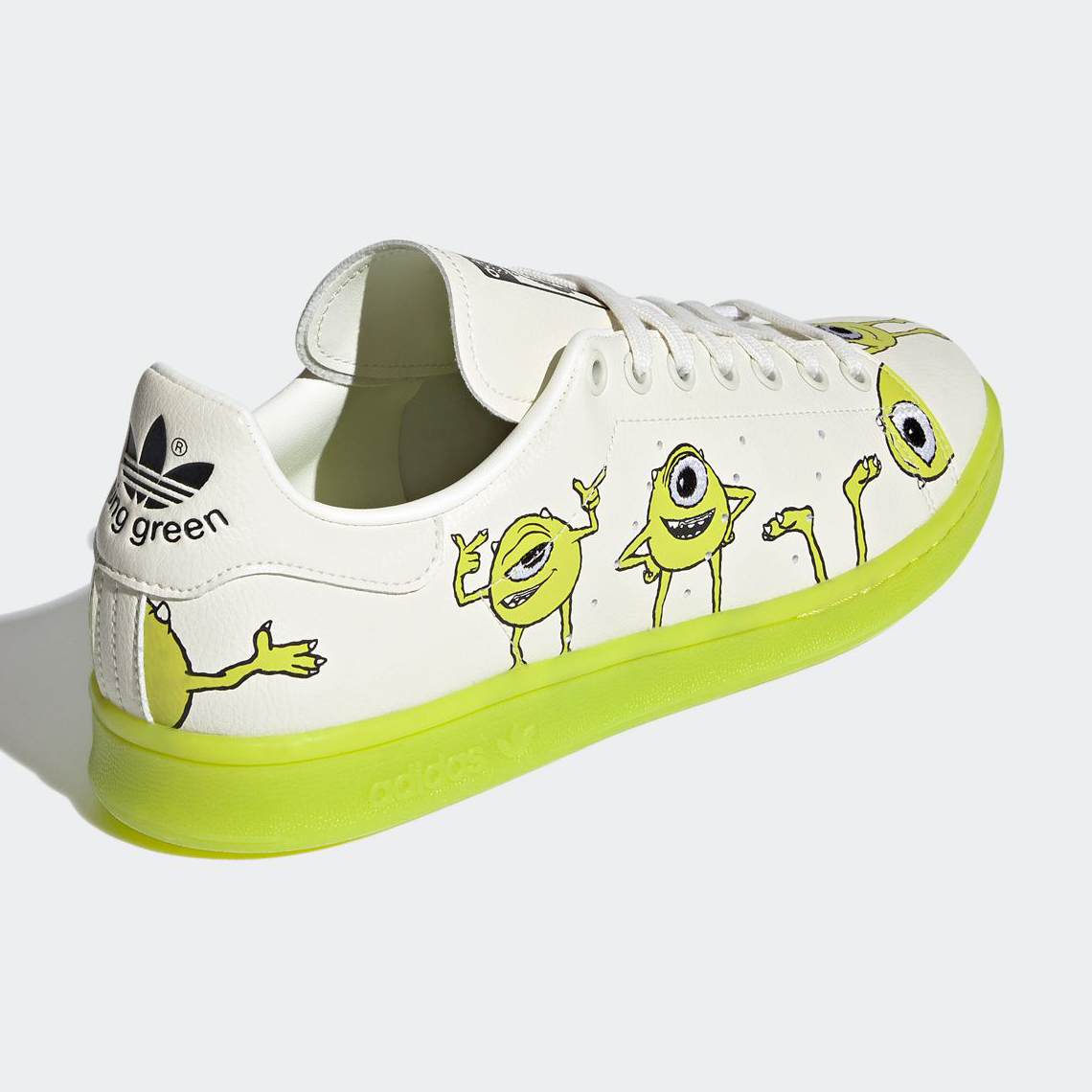 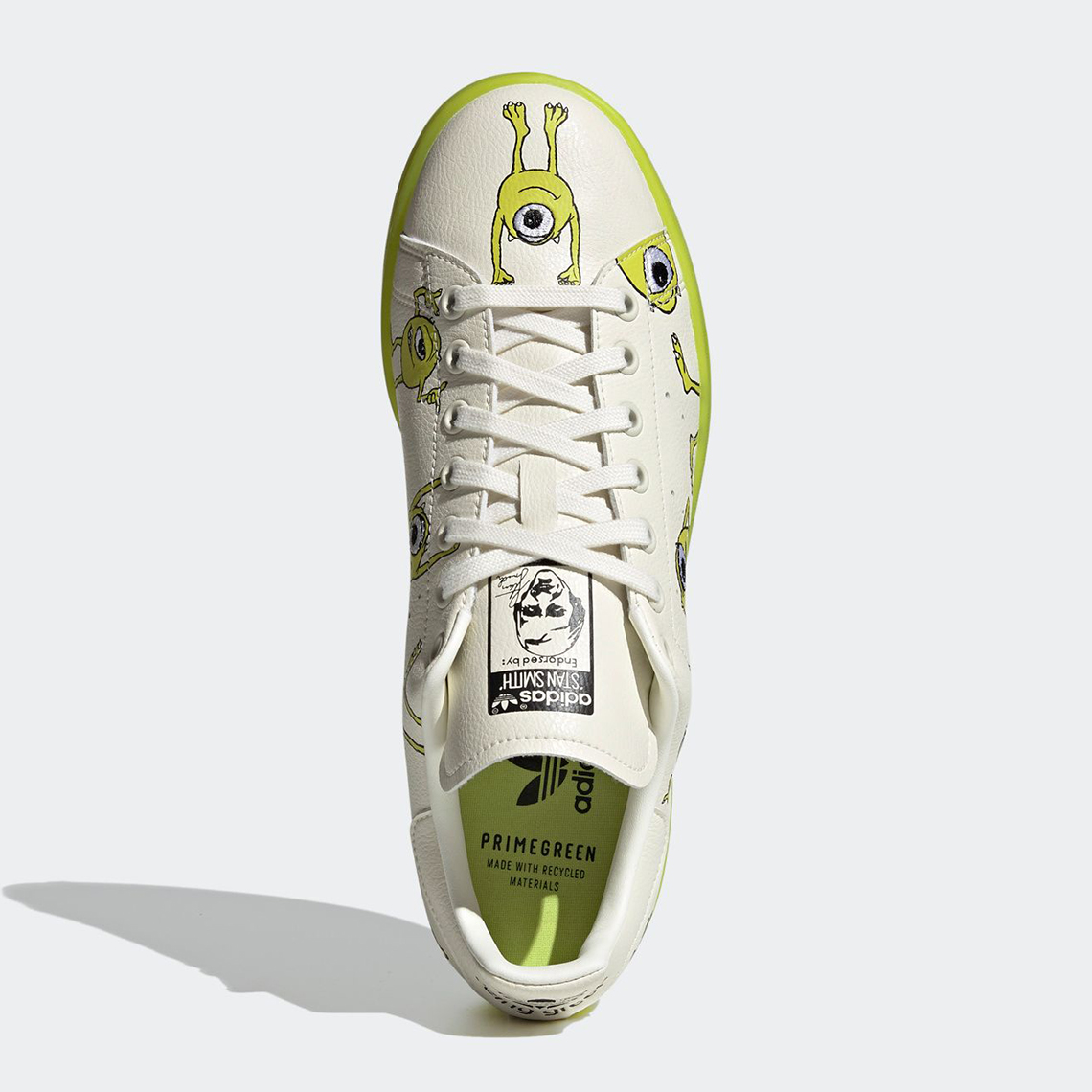 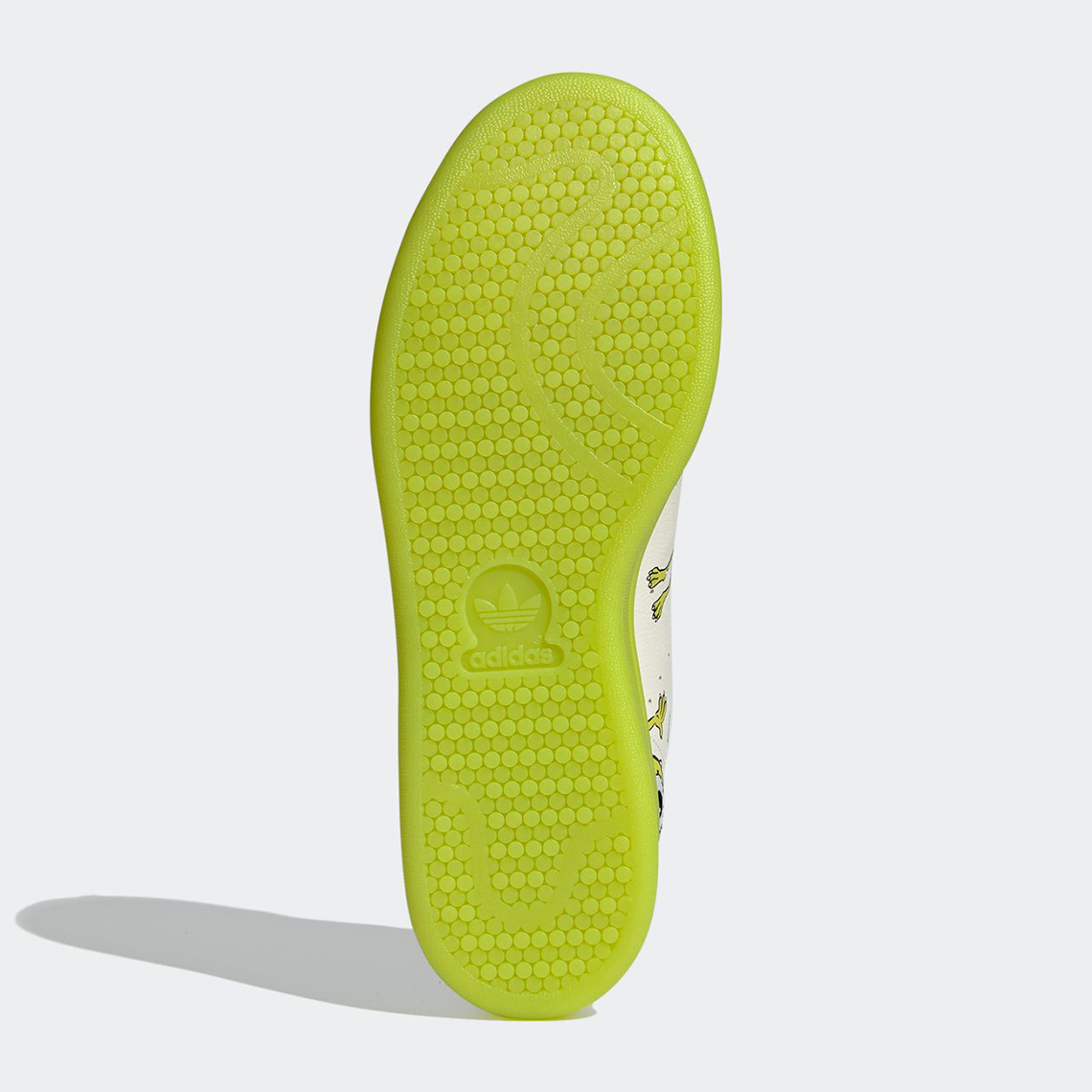 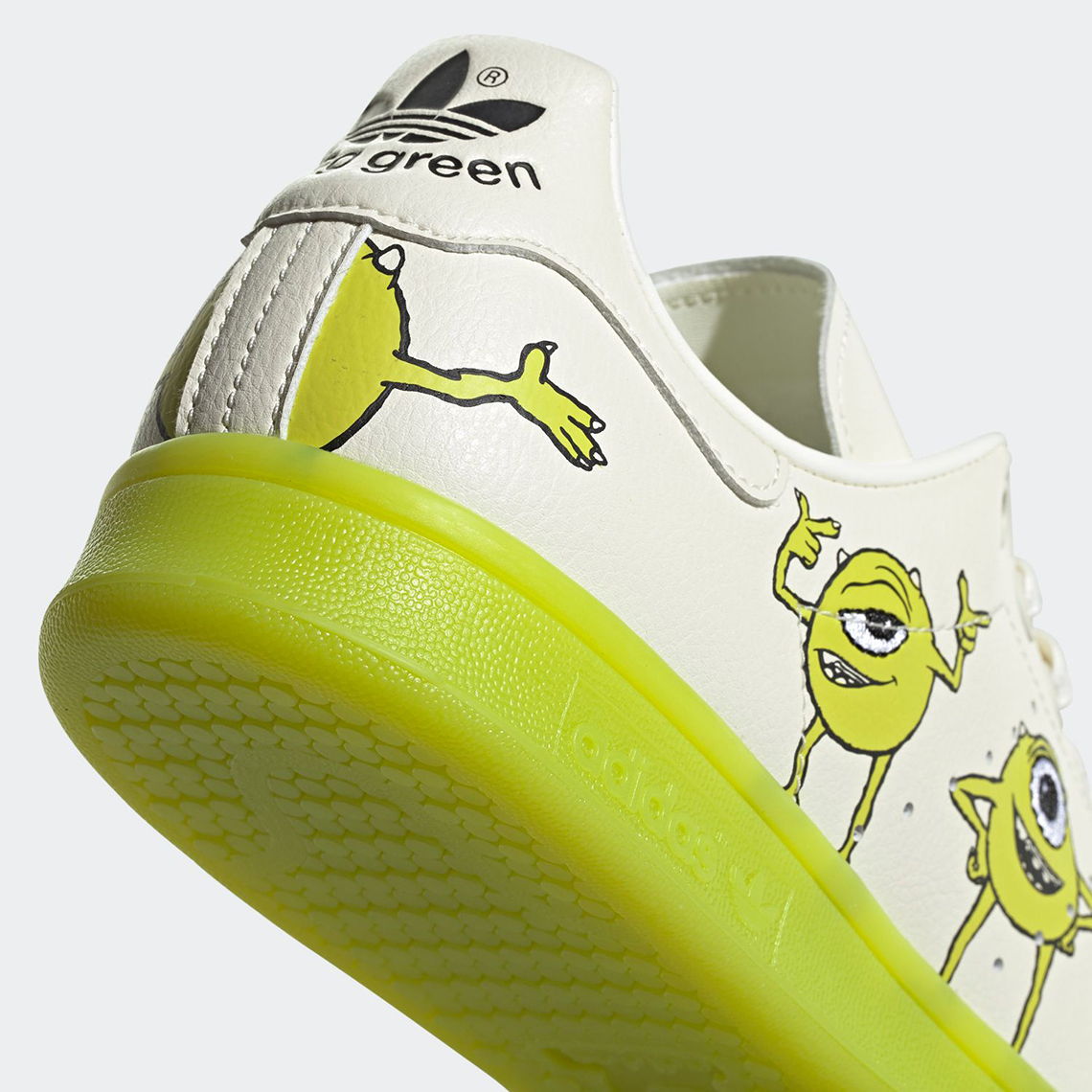 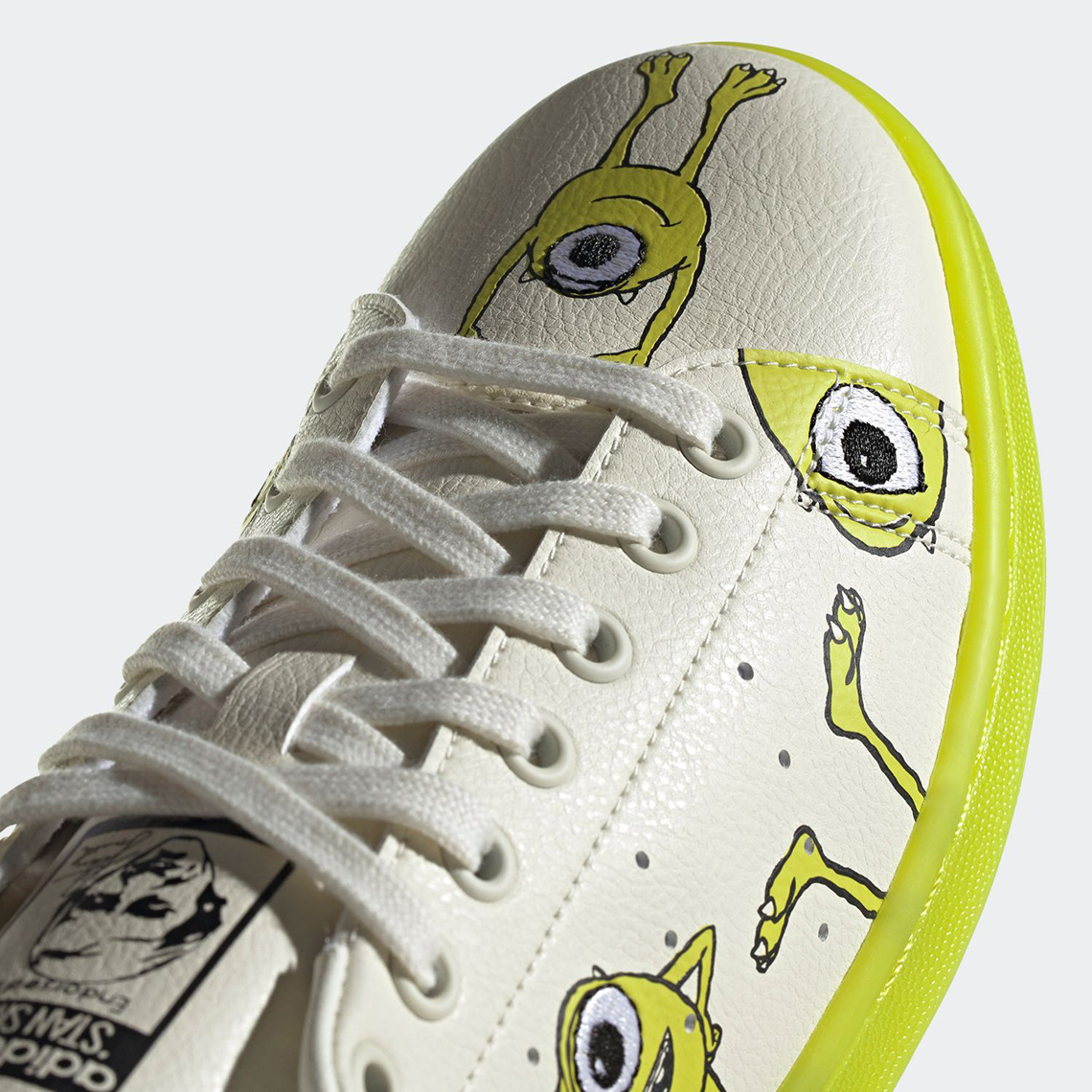