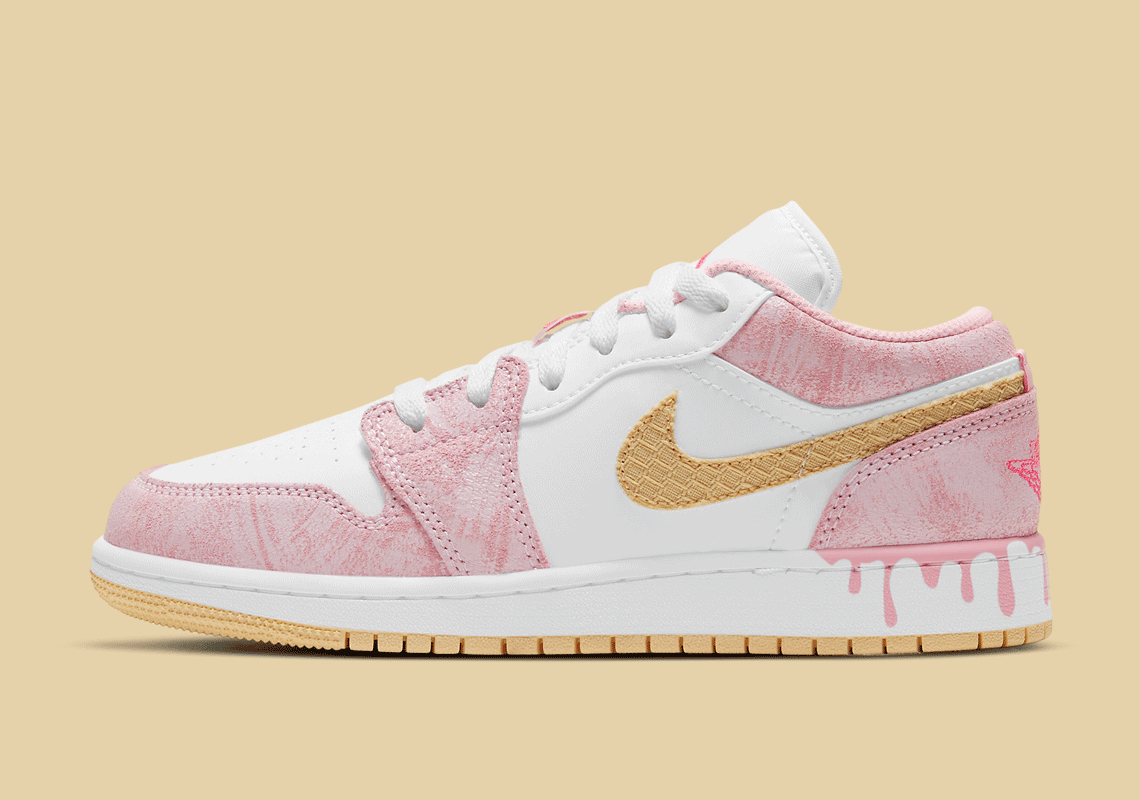 The Air Jordan 1 Low has long been rumored to return to its original shape and design throughout 2021, but the model remains in rotation in its modern-day construction. For its latest arrangement, the low-top silhouette has adopted a previously-seen paint drip-aesthetic exclusive for kids.

Clad in an “Arctic Punch/Pale Vanilla/White” palette, the forthcoming pair indulges in a tamer styling than a similar Jordan 1 Mid seen in November 2020. Toe boxes, overlays along the tongue and midfoot panels set the stage for the ostensibly-freehand faint pink paint job that animates most of the upper’s remaining leather. Profile swooshes, however, forgo not only the eye-catching “Arctic Punch” hue, but also the surrounding look with its seemingly woven, honeycomb-reminiscent pattern. The logo’s “Pale Vanilla” tone also appears on the low-top Jordan 1‘s outsole, while the paint drip detailing is isolated on the rear-end of the “White” midsole.

An official Nike.com release date is still unknown, but this kid’s-exclusive retro is likely to arrive before spring ends. While you wait, enjoy images of the pair here below.

For more from Team Jumpman, check out the Jordan 1 “Shadow 2.0” rumored to launch on May 15th. 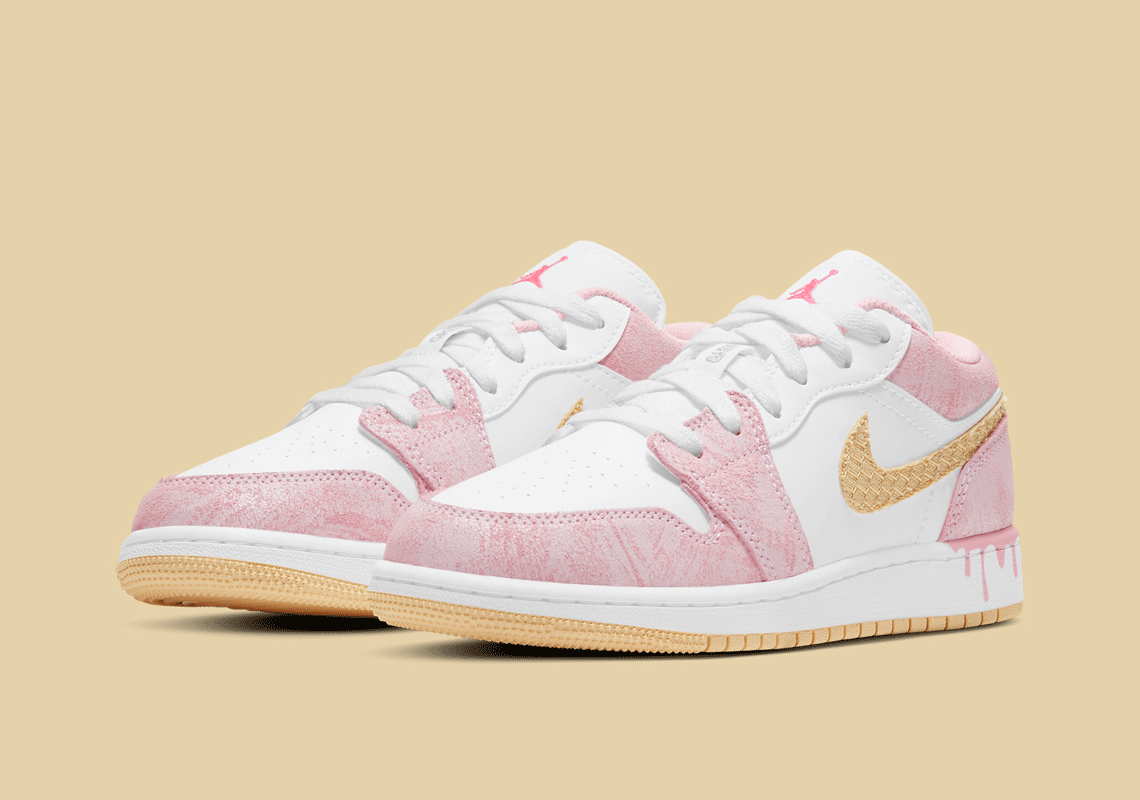 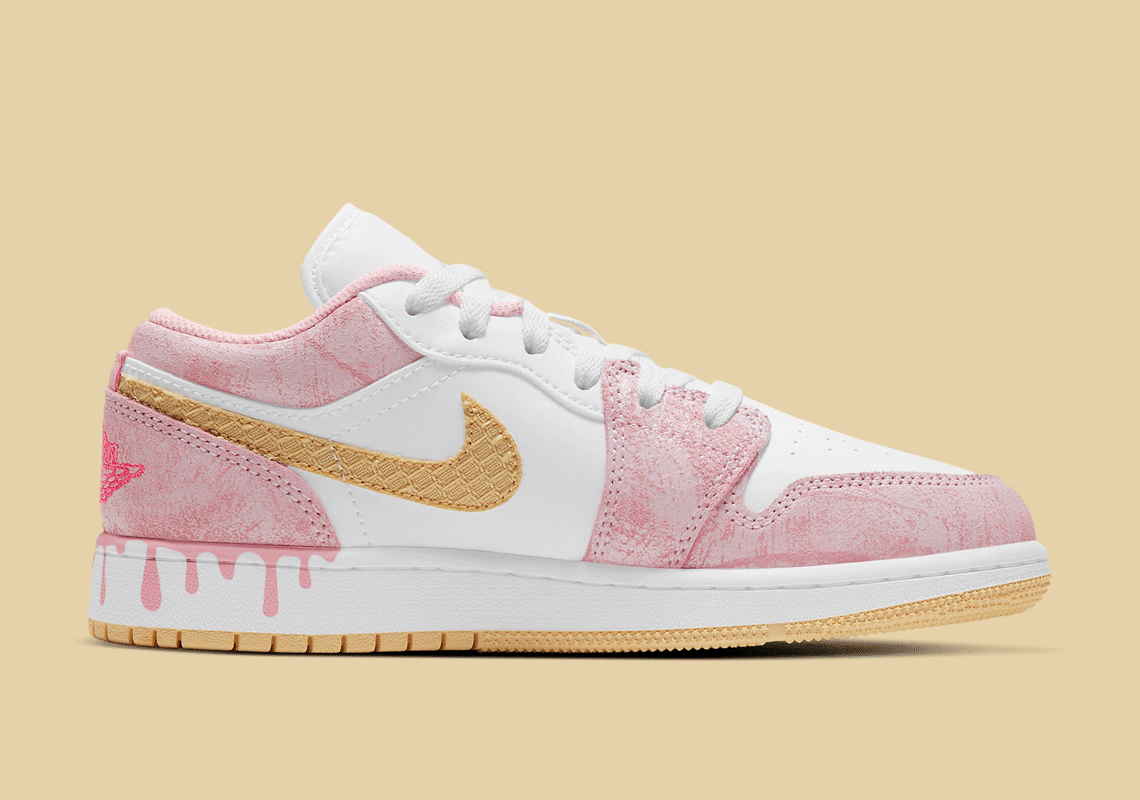 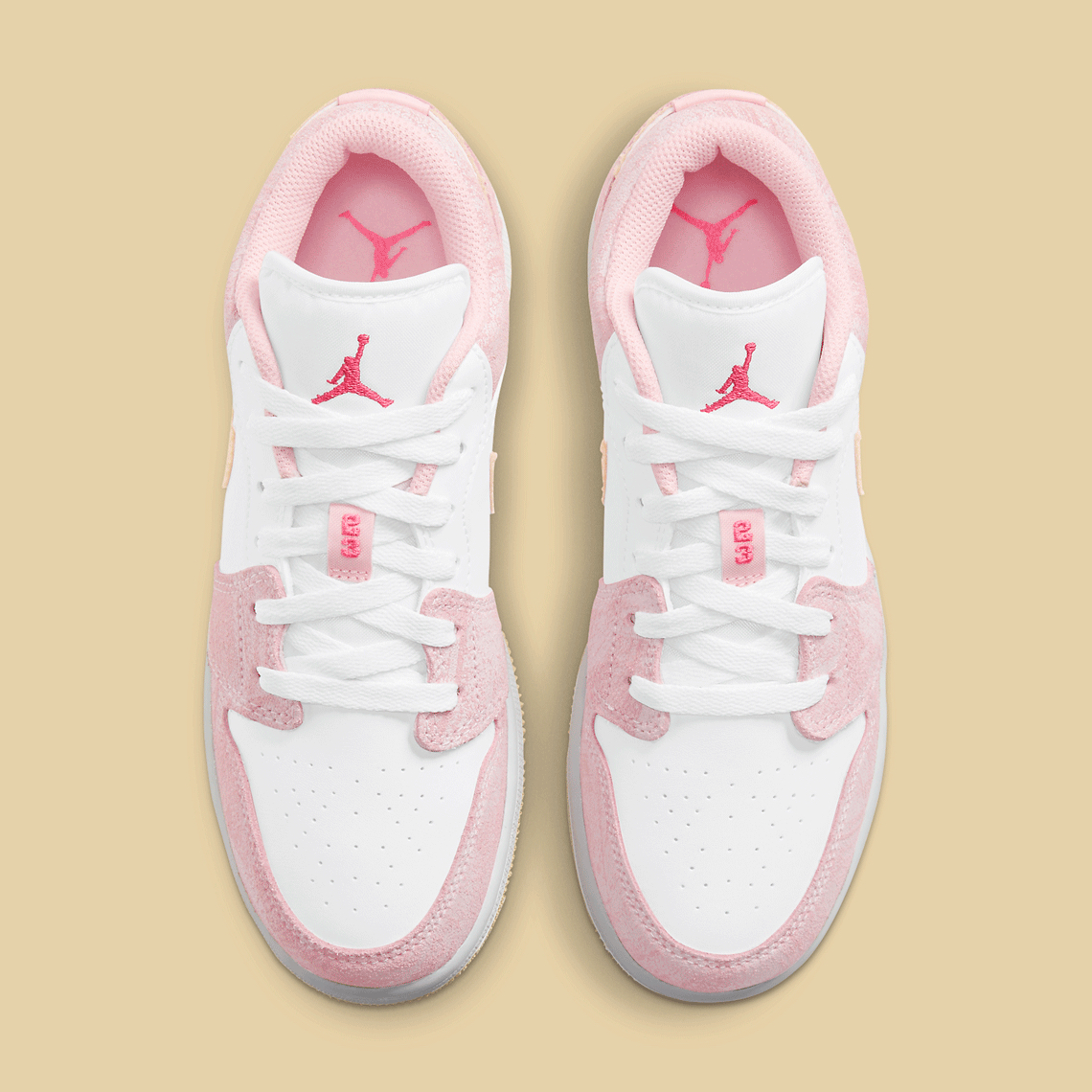 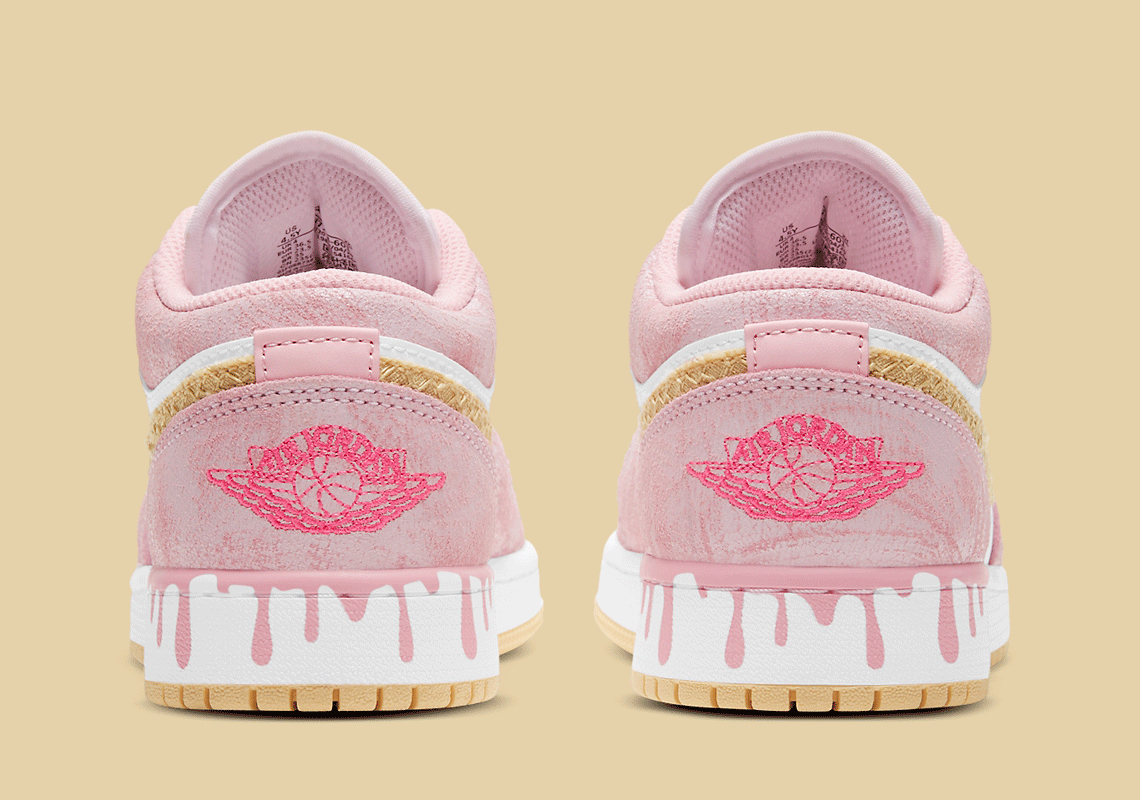 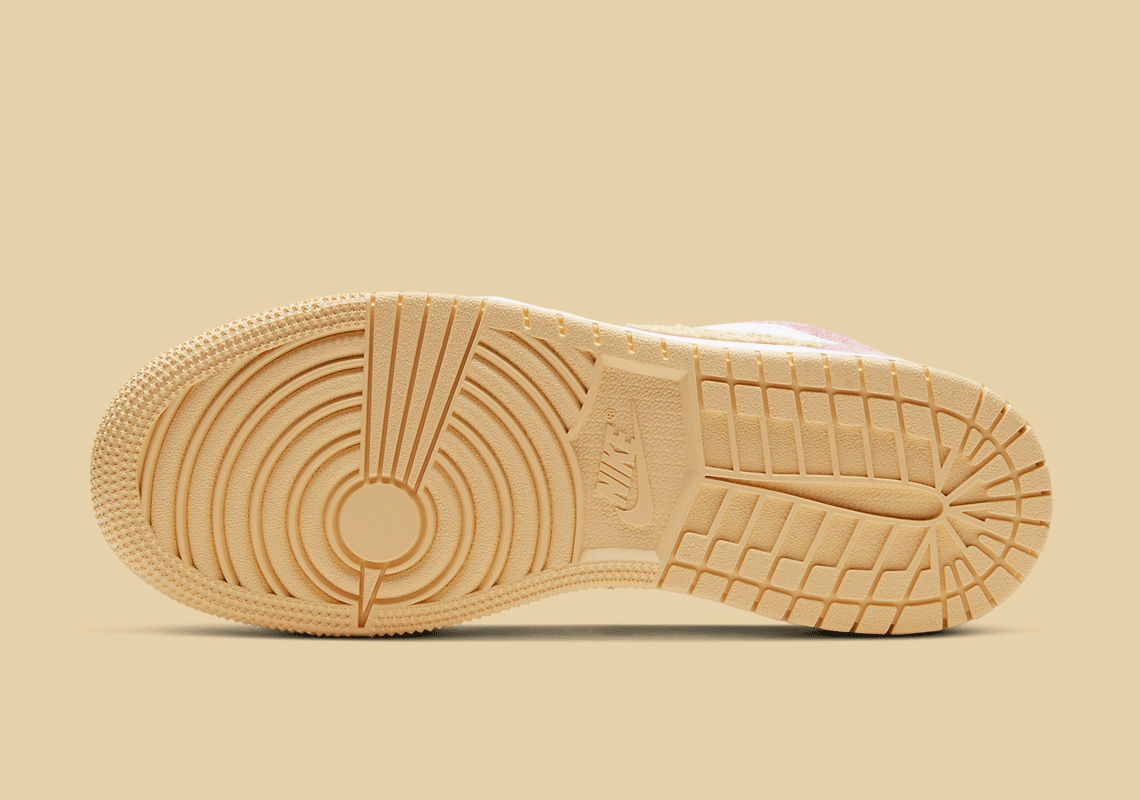 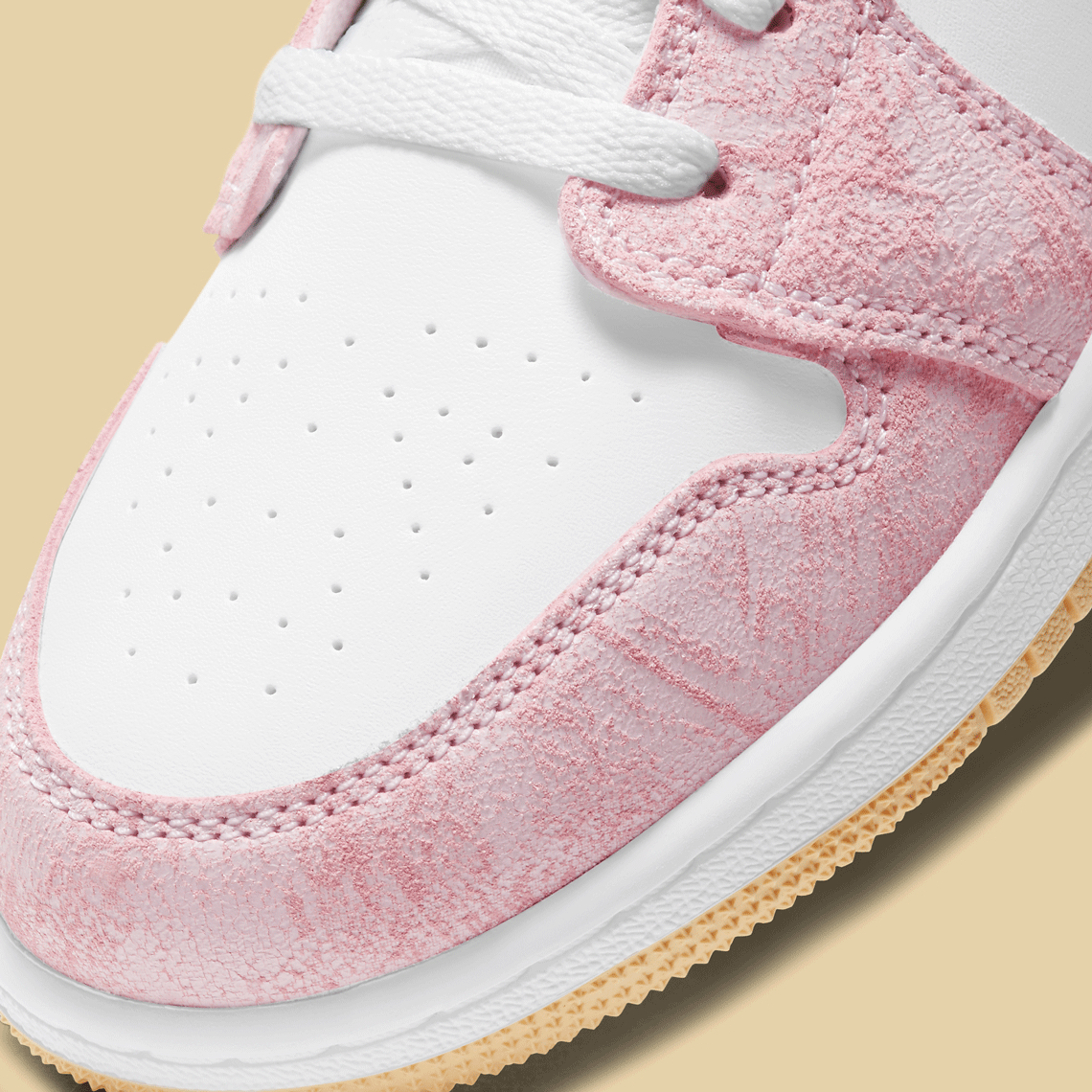 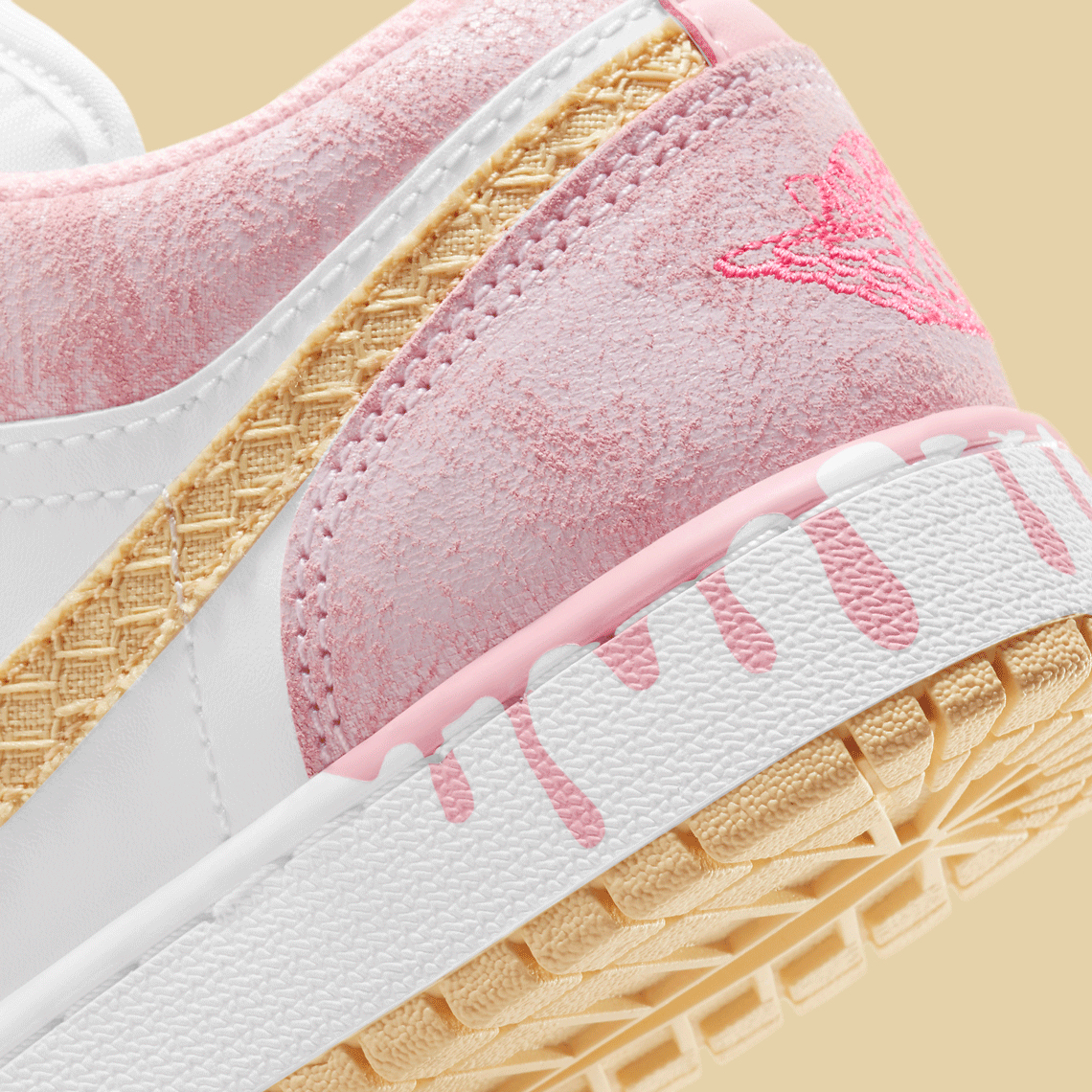