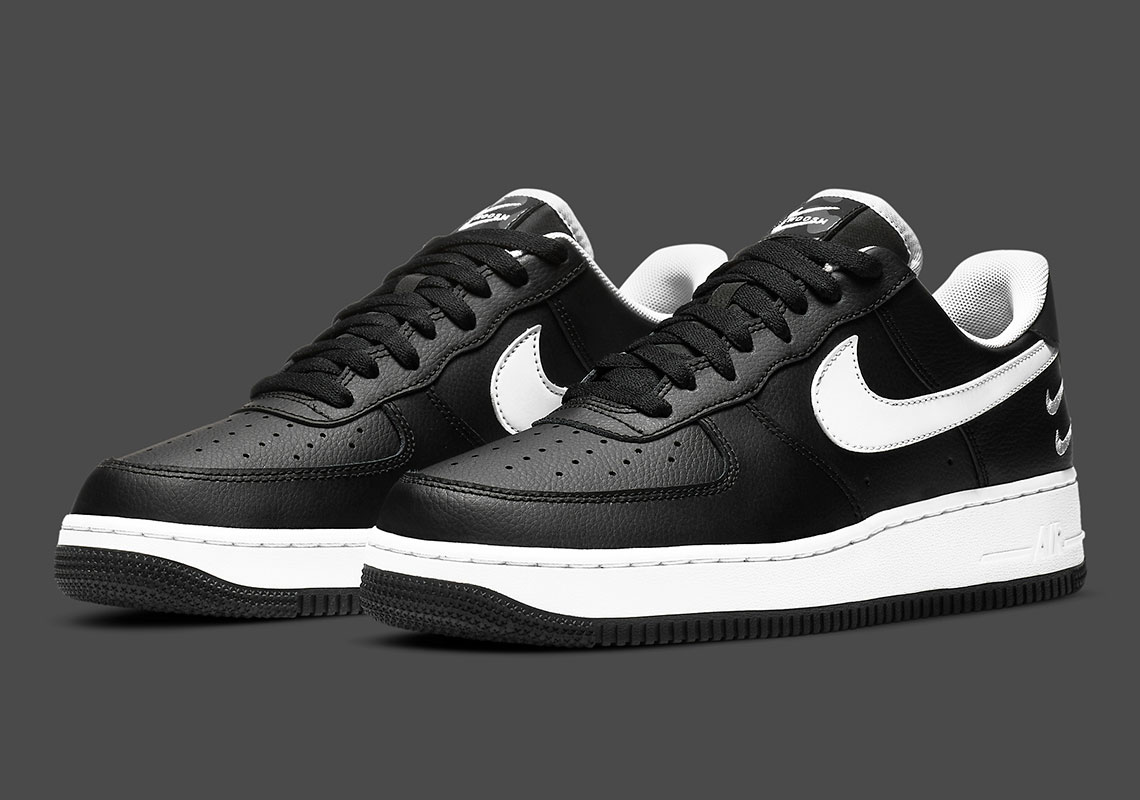 Nike has drawn inspiration from its very own Swoosh logo to devise ways to accessorize their footwear, resizing and repeating the check to decorate new propositions as seen on several pairs of Air Force 1s released last year. The brand applies this concept again to a new pair of Forces, doubling up on the swooshes to add some flair to a clean black and white style.

The pair sees smooth black leather uppers that are contrasted by a white inside and midsole. Furthering this yin-and-yang mix, it uses a white side swoosh and two mini embroidered swooshes in a matching color on the hindfoot. Double checks continue onto the tongue label, where the customary Air Force 1 branding has been fittingly replaced with “SWOOSH” printed over two swooshes. Branding on the heel tab also undergoes customization by featuring a new logo that’s a simple outline of the check.

The AF1 is available now at Nike.com and select retailers for $110.

For more on the ’80s silhouette, this women’s-exclusive Air Force 1 High has Team Red and Green Abyss accents. 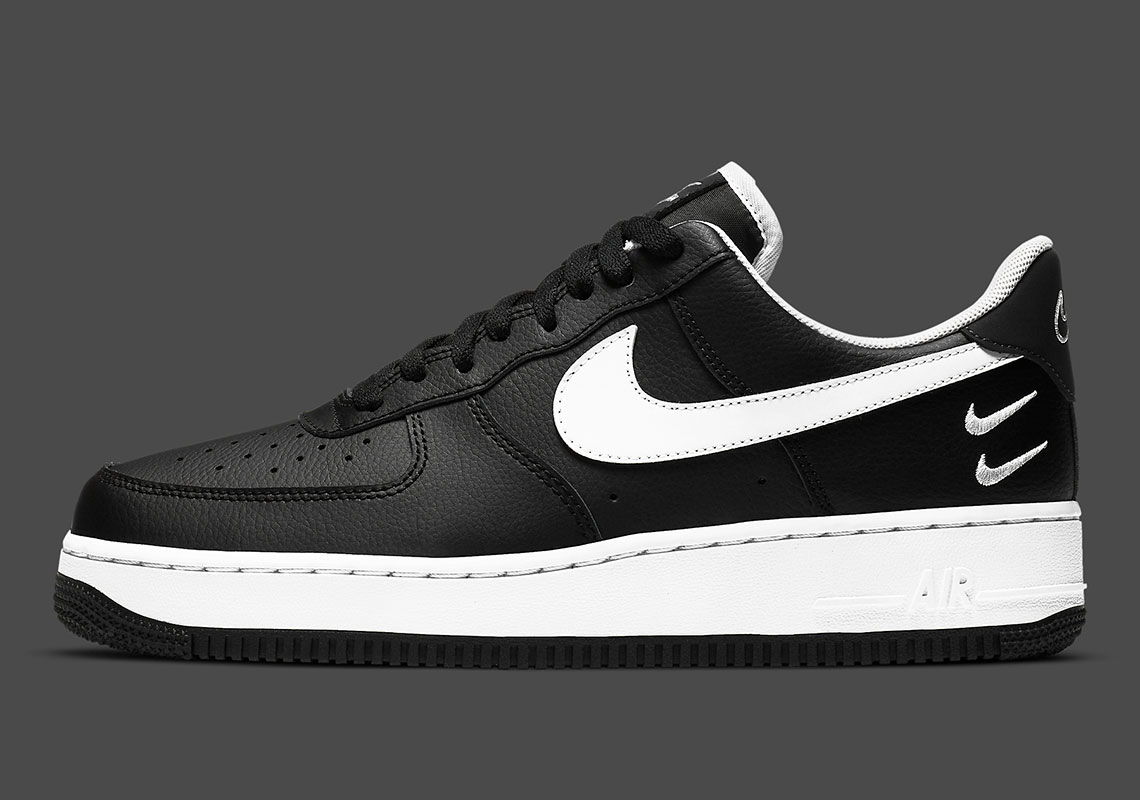 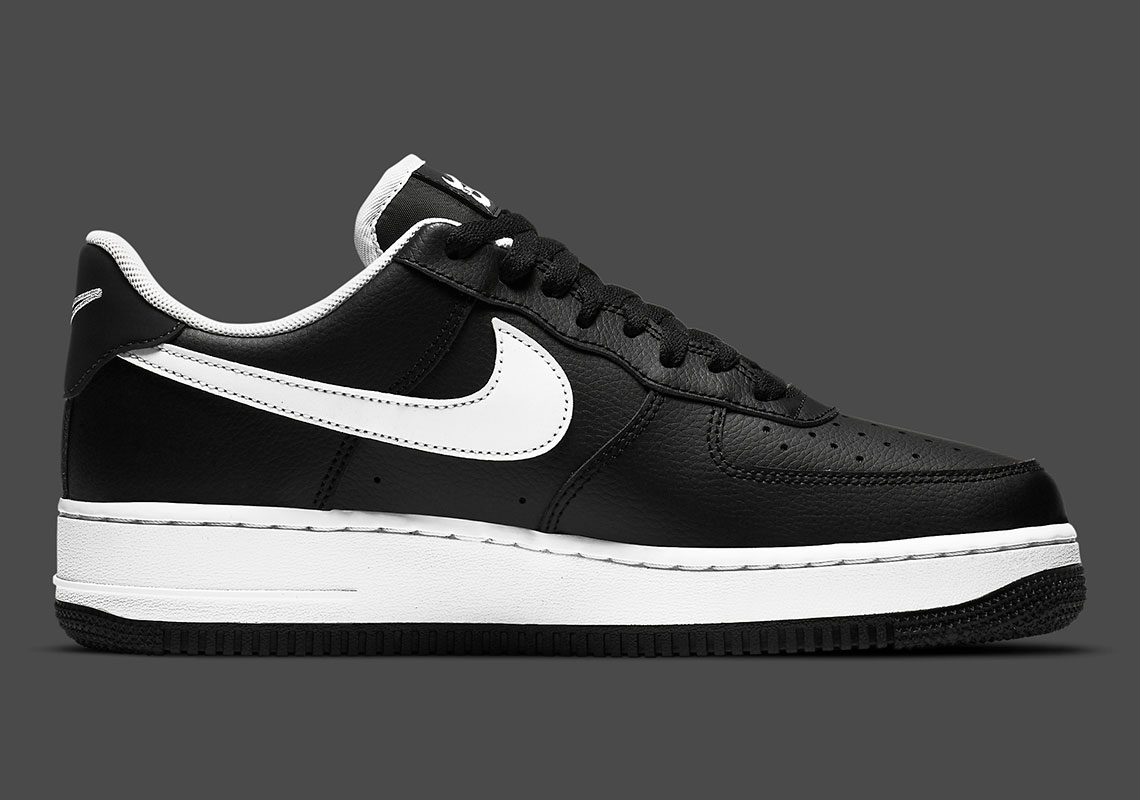 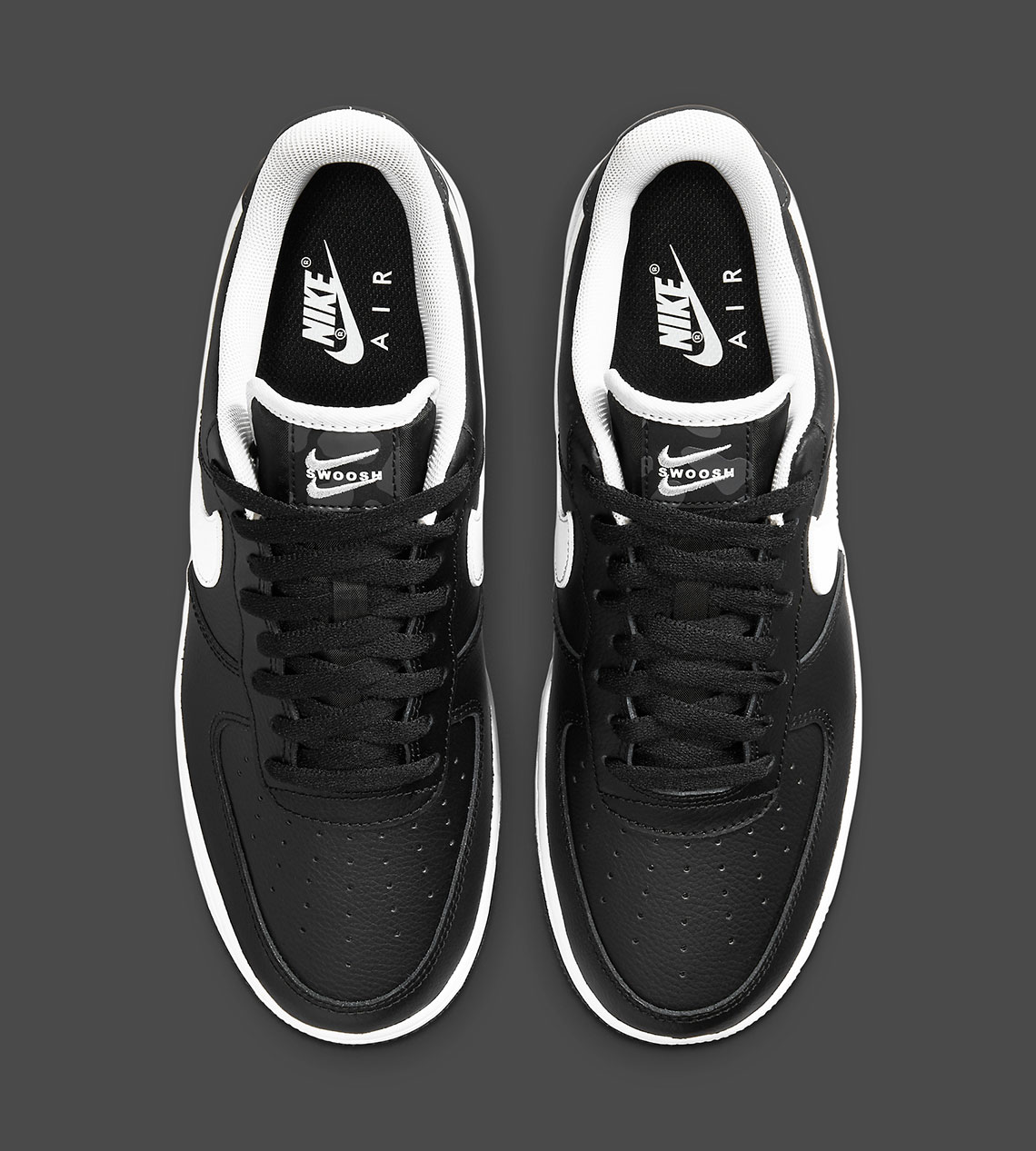 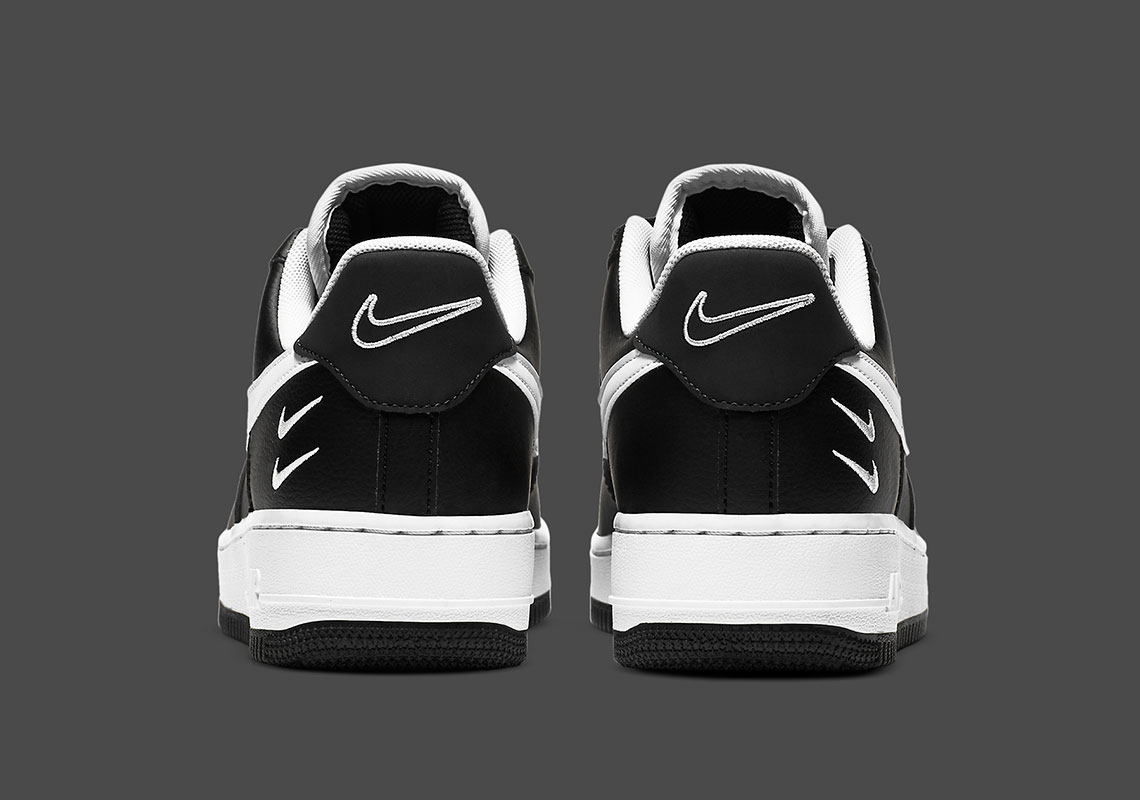 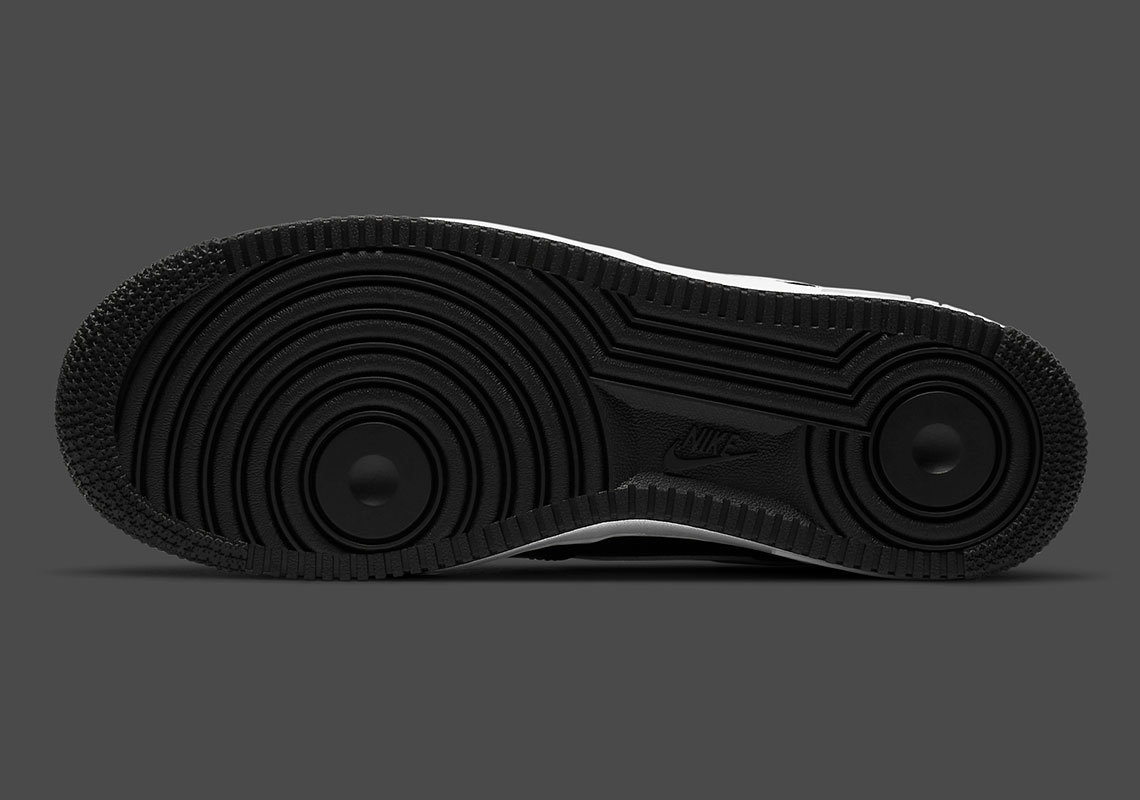 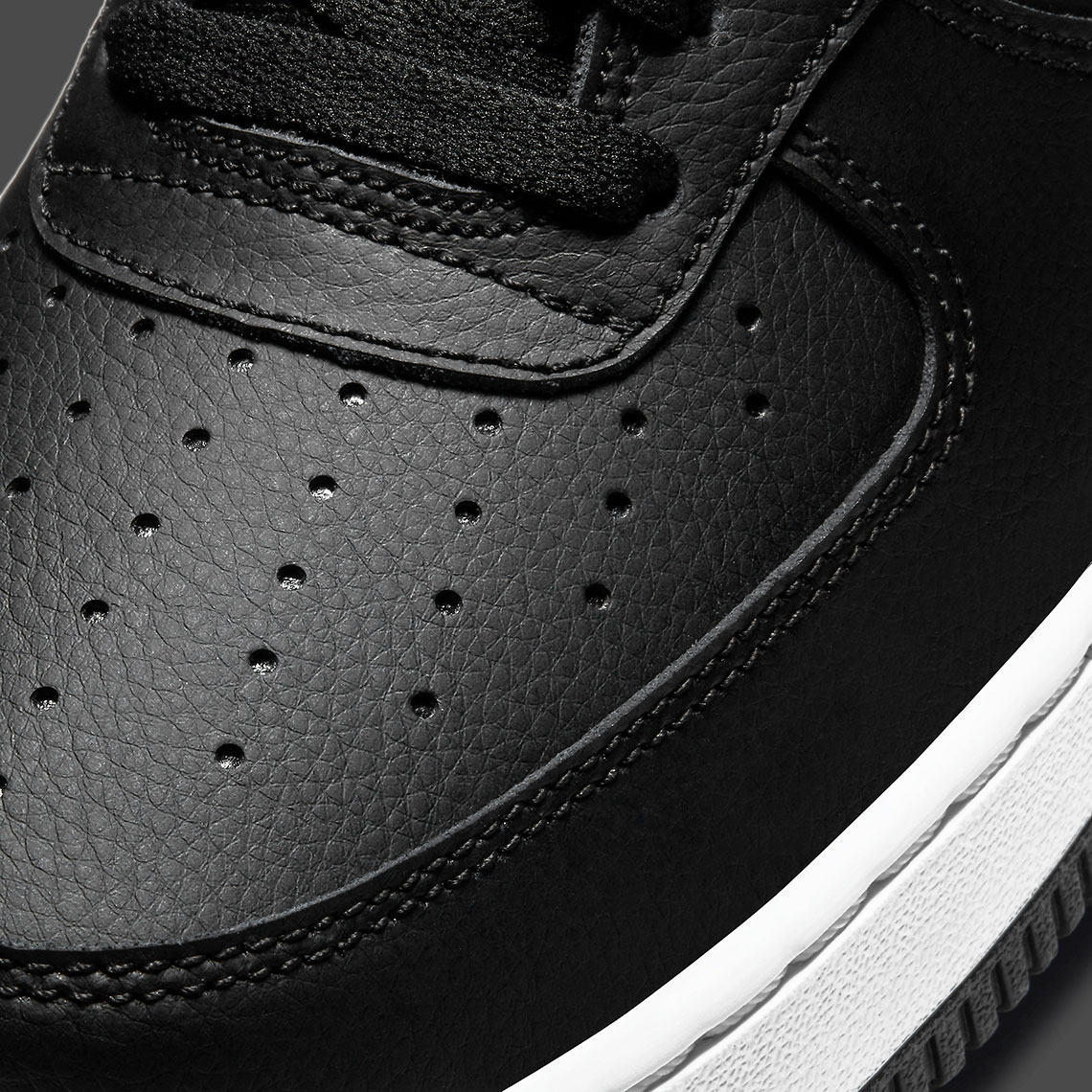 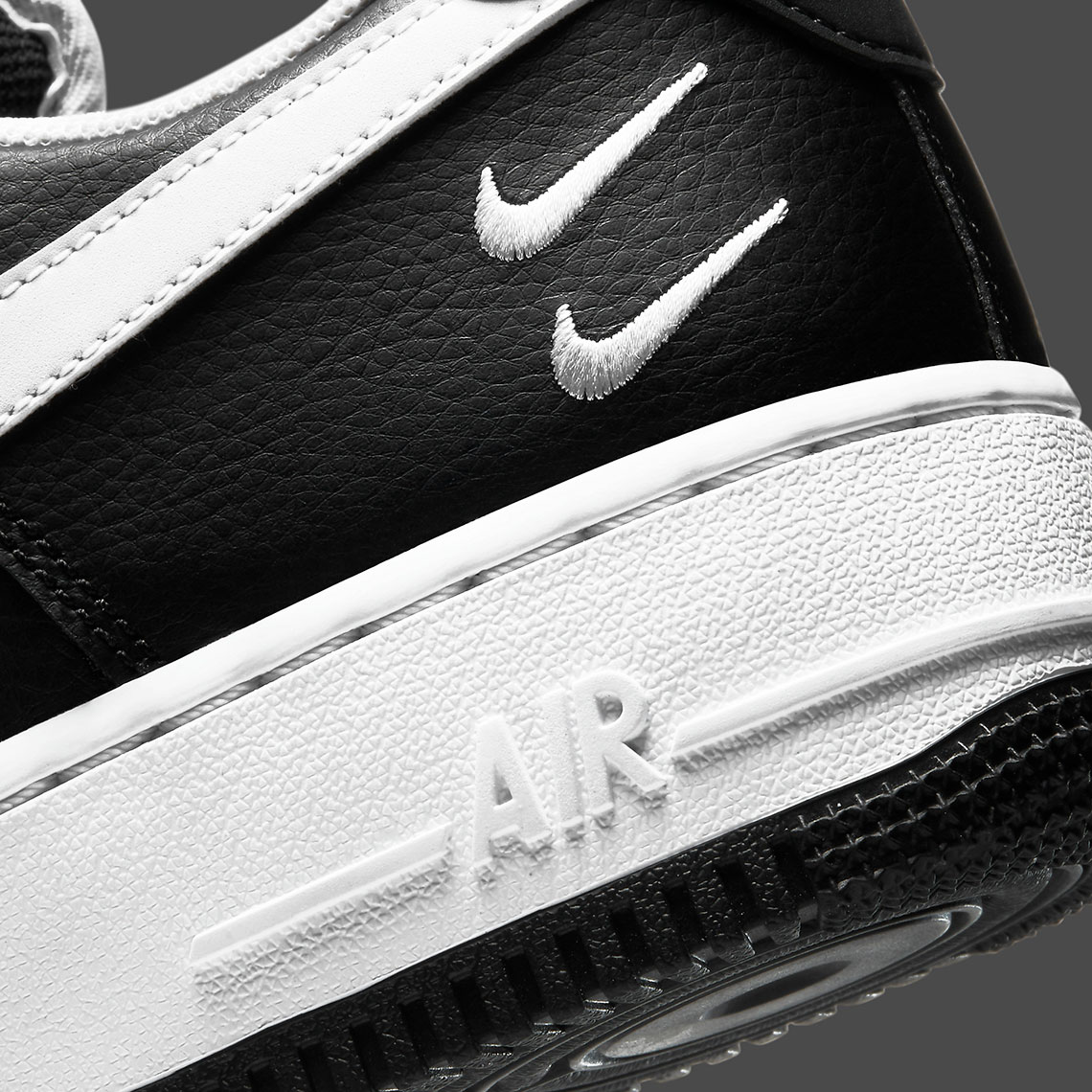