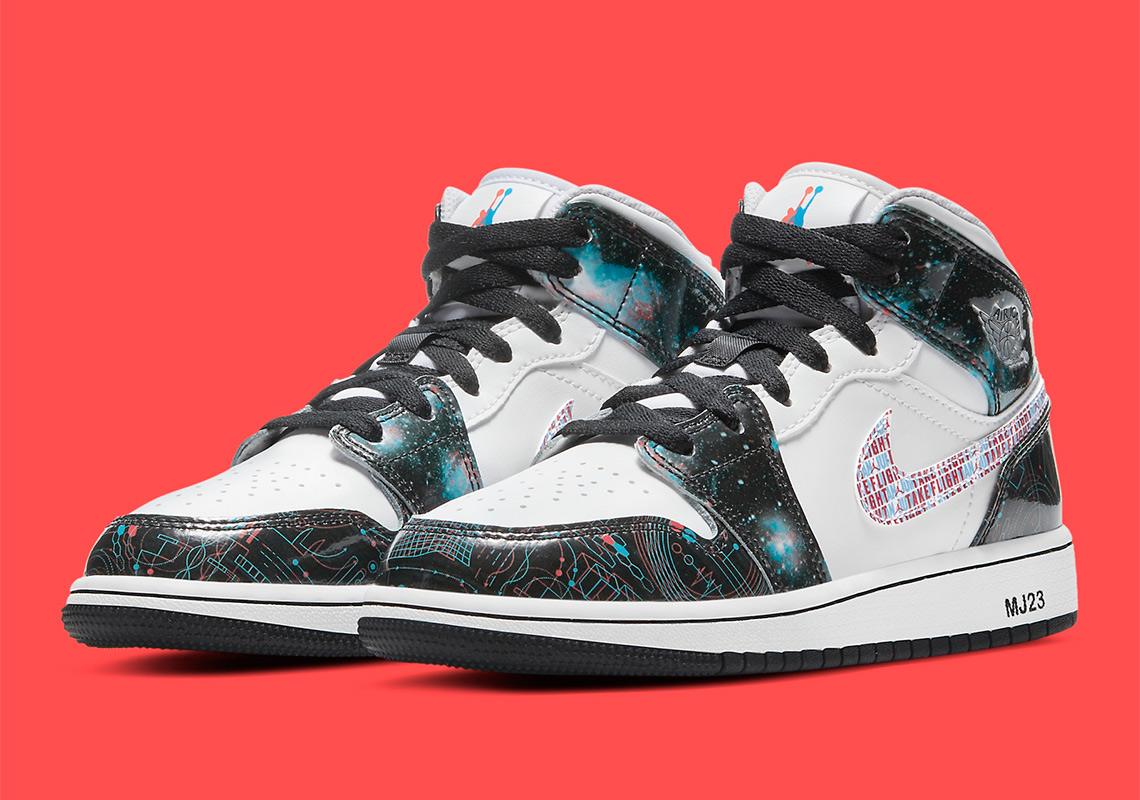 Compared to the AJ1 High, the Air Jordan 1 Mid lacks many of the restrictions arbitrability placed by the public. Possibly due to its past stigmas, the model has been able to freely do whatever with its uppers, often adding patterns that would seem far from ordinary. Here, for the GS audience, we’re to see further example of this as the 3D-inspired “Take Flight” patterns are dressing the uppers all throughout.

Atop the forefoot and rearfoot overlays, black shades visually mimic space, allowing for the many constellations, stars, and the like to better stand out in their red and blue designs. The Swoosh follows a similar execution, though it pairs a white base with a more maximal arrangement of “TAKE FLIGHT” text. Elsewhere, leathers ground the entire construction in neutral leathers, “MJ23” prints along the midsole, and a 3 dimensional Jumpman caps off the themes along the tongue.

For a close-up look at this GS AJ1 Mid, keep scrolling. They’re likely to see a release at Nike.com and select retailers within the coming months.

In other news, it looks like the Air Jordan 1 Low Chinese New Year will be rather limited. 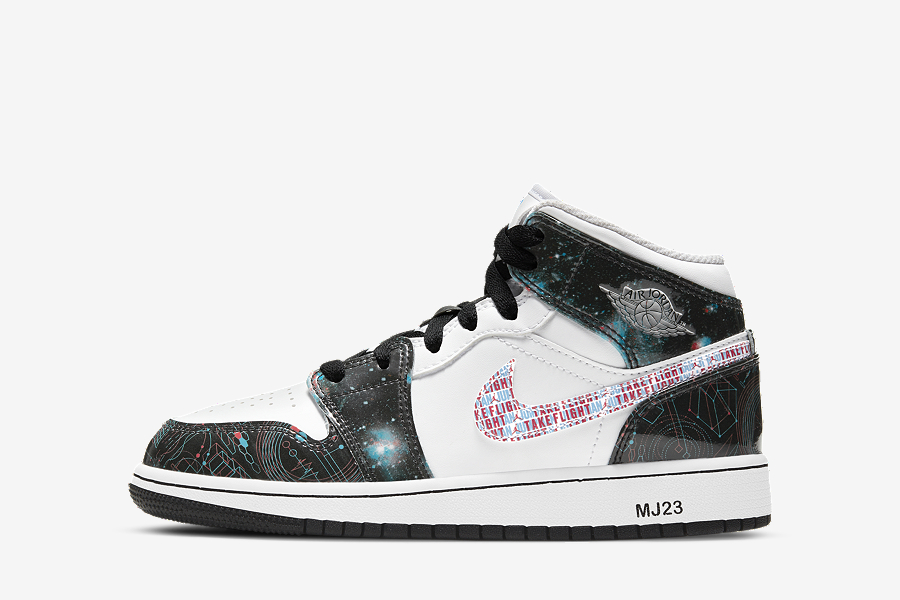 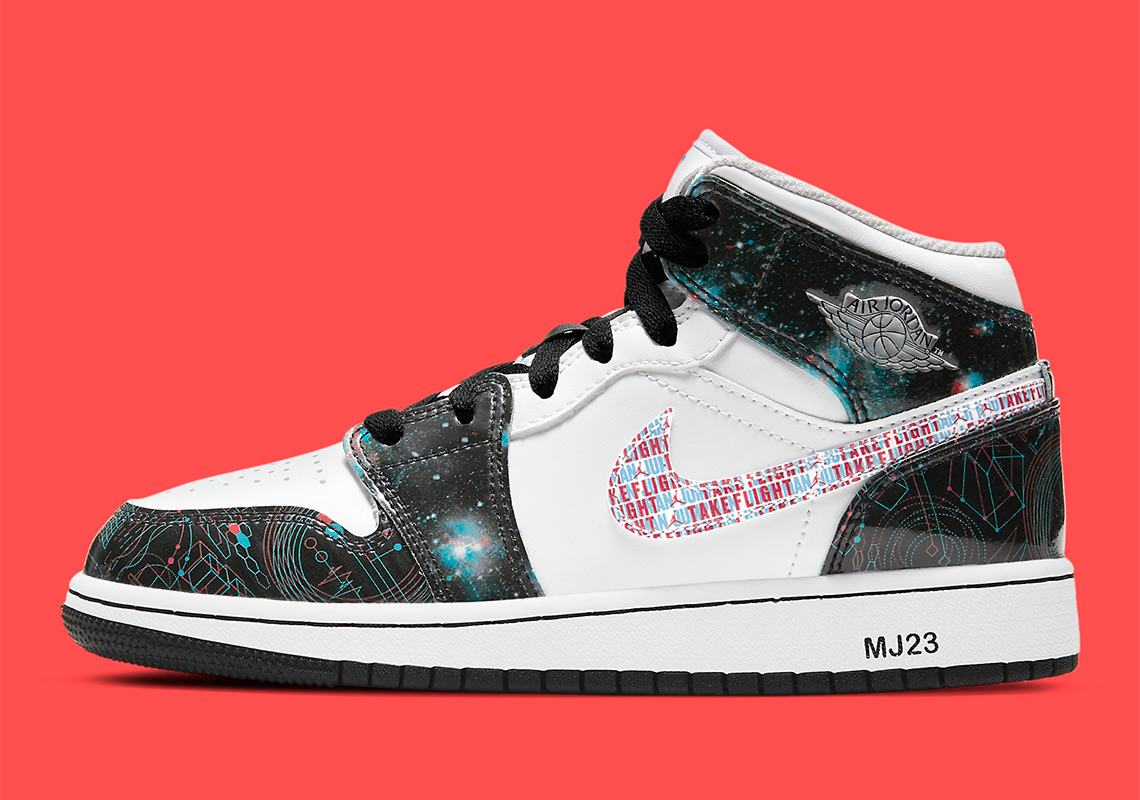 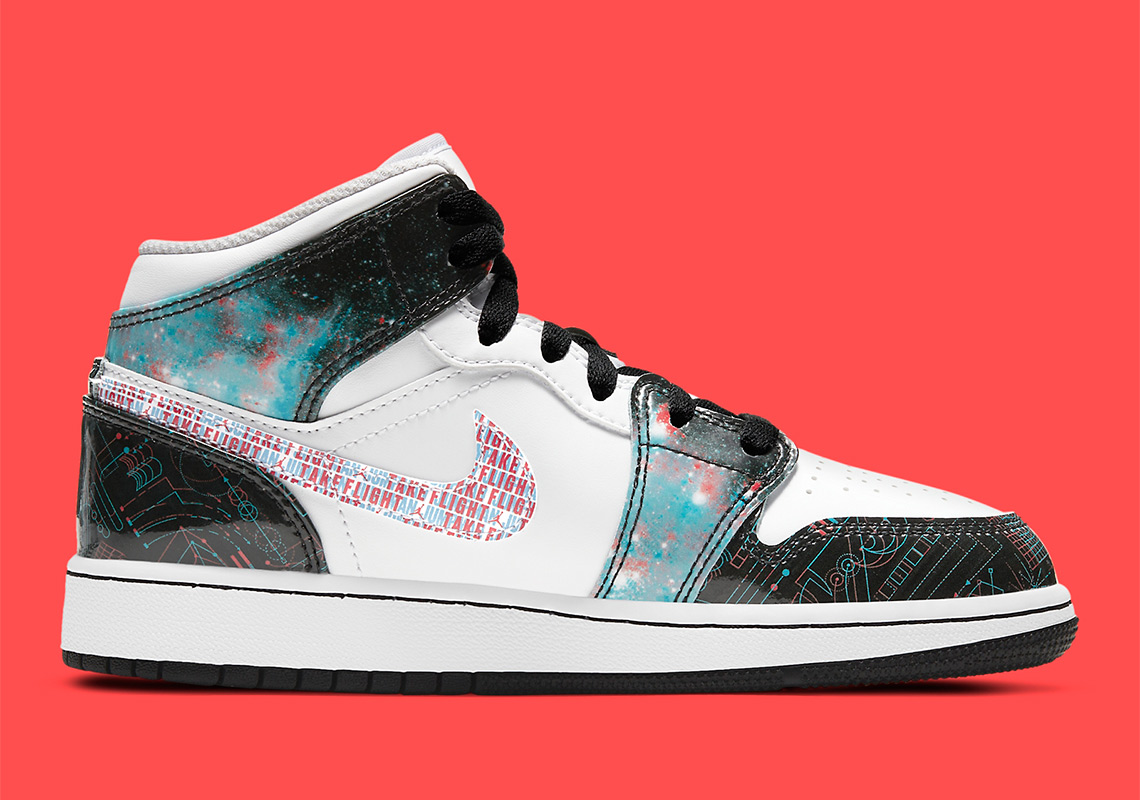 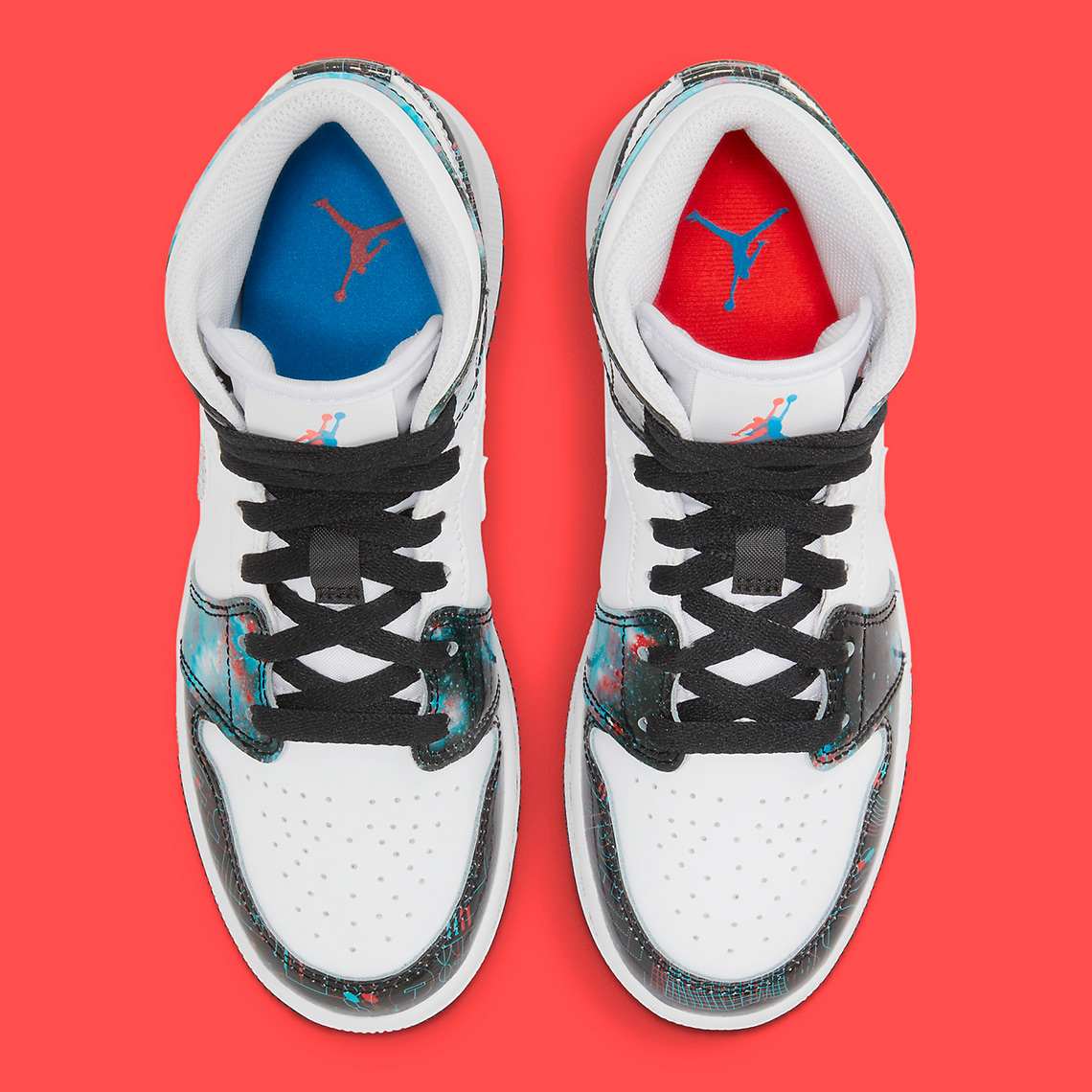 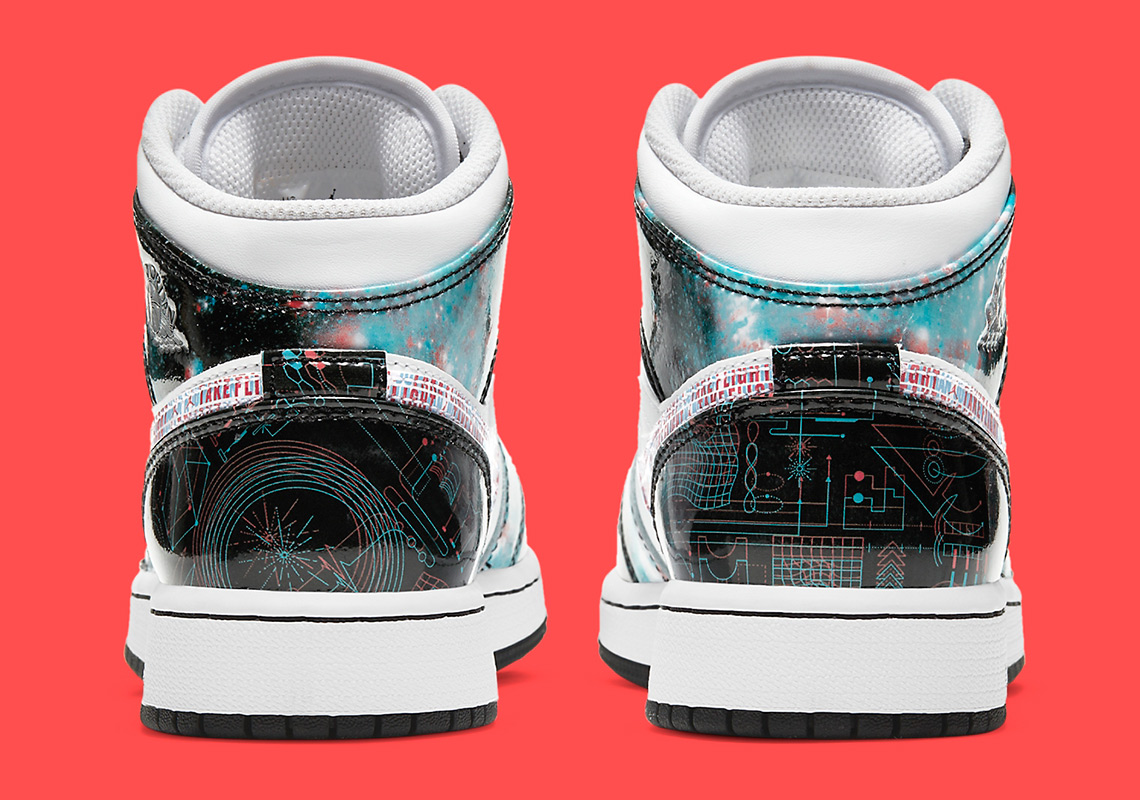 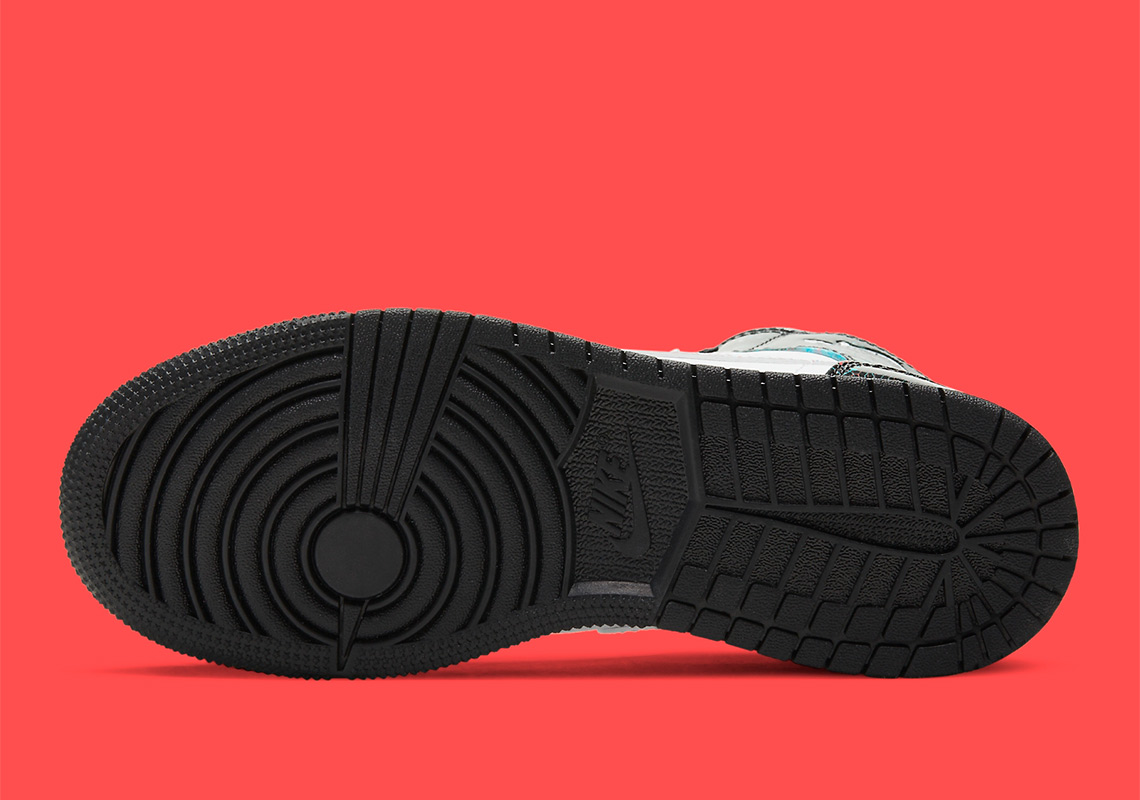 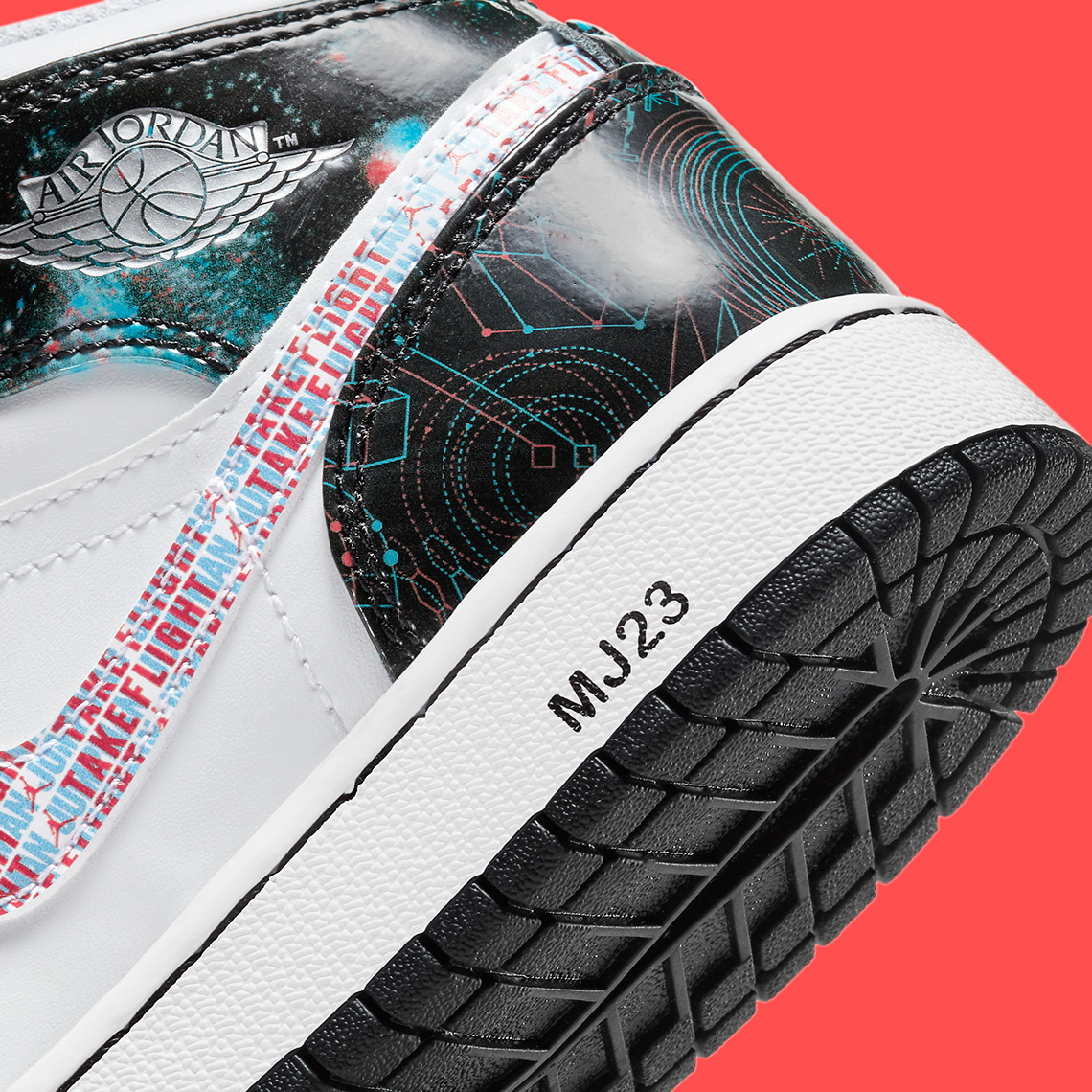 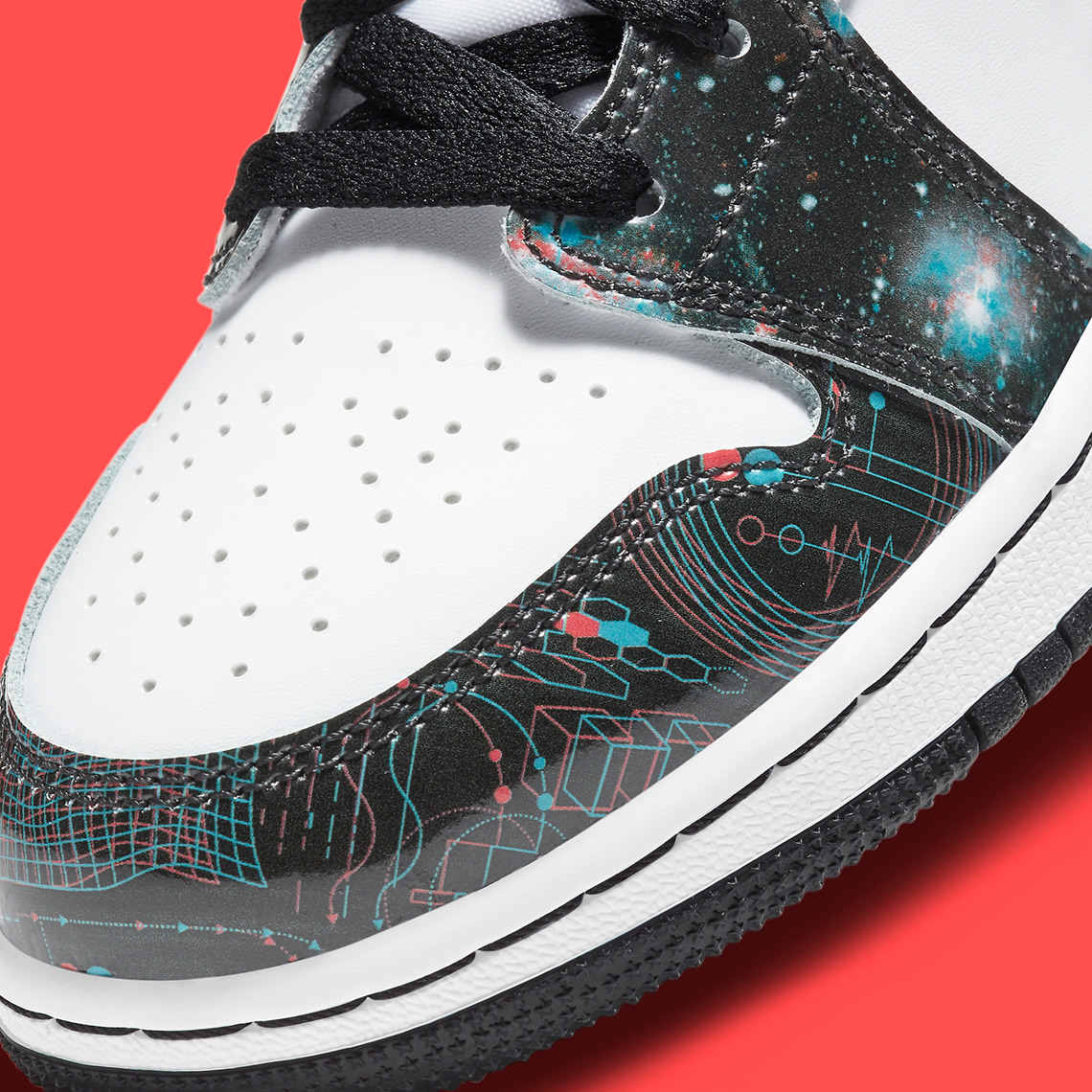