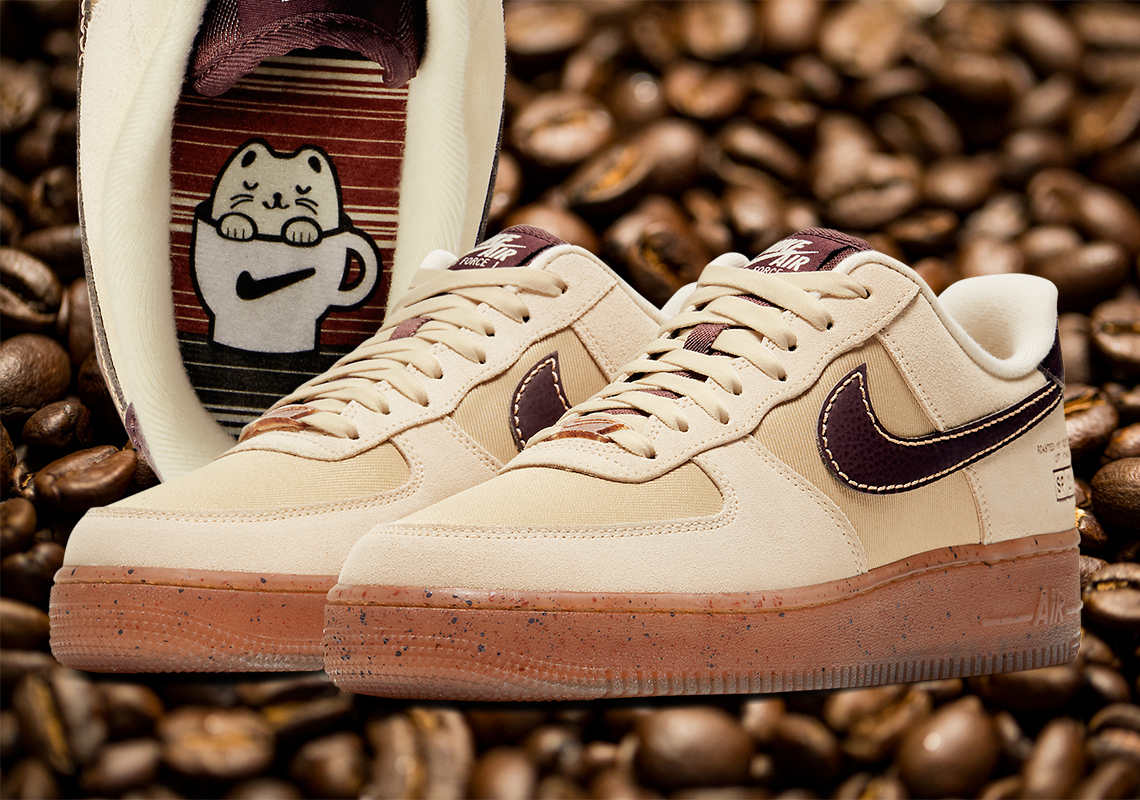 For many — even Nike — coffee is fuel for the day ahead. And though it’s typically purchased at a price of $5 dollars and up via third wave shops, quite a few have taken to making their own
cups at home, whether via a Moka pot, expresso machine, French press, etc. The Swoosh has likely done the same since the start of COVID, as they’ve recently begun to celebrate the beverage itself via a number of releases. The next up, following an Air Max 97 SE and a Daybreak, comes by way of the Air Force 1, whose palette is a bit more akin to a light roast.

As such, the suede and canvas upper is dialed down to a natural tan, the latter fixture just a bit more saturated to better call attention to the change in texture. Overlaid atop that, a tumbled leather Swoosh brandishes in a very dark brown, one much more reminiscent of the stereotypical coffee bean. Heel tabs match as does the tongue’s woven label, while the tooling opts for a slightly see-through finish marked with contrast speckles. Then, elsewhere, the same material is used on the dubrae, further adding to the on-theme branding printed along the insole and the debossed text at the heel that playfully spells “ROASTED BY NIKE. INC.”

Grab a close-up peek at this coffee-inspired AF1 here and expect to see it brewed fresh for Nike.com soon. 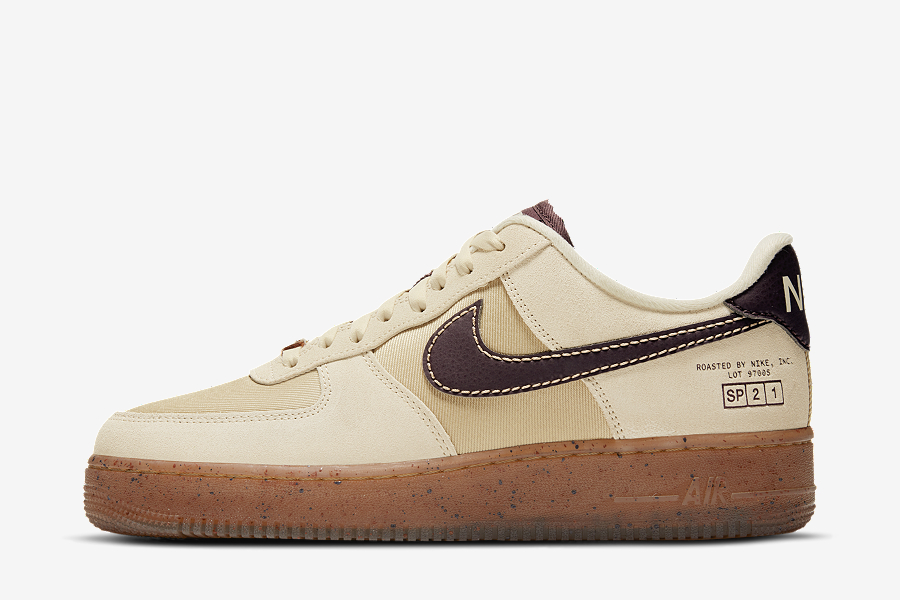 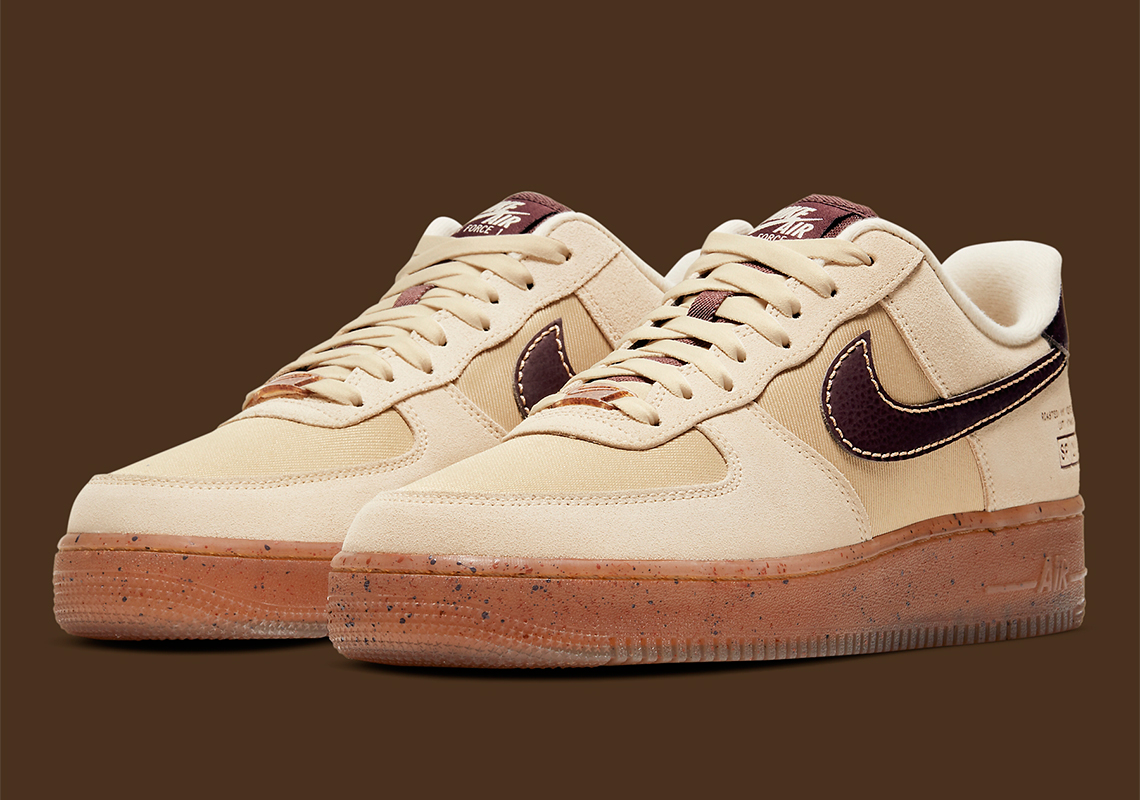 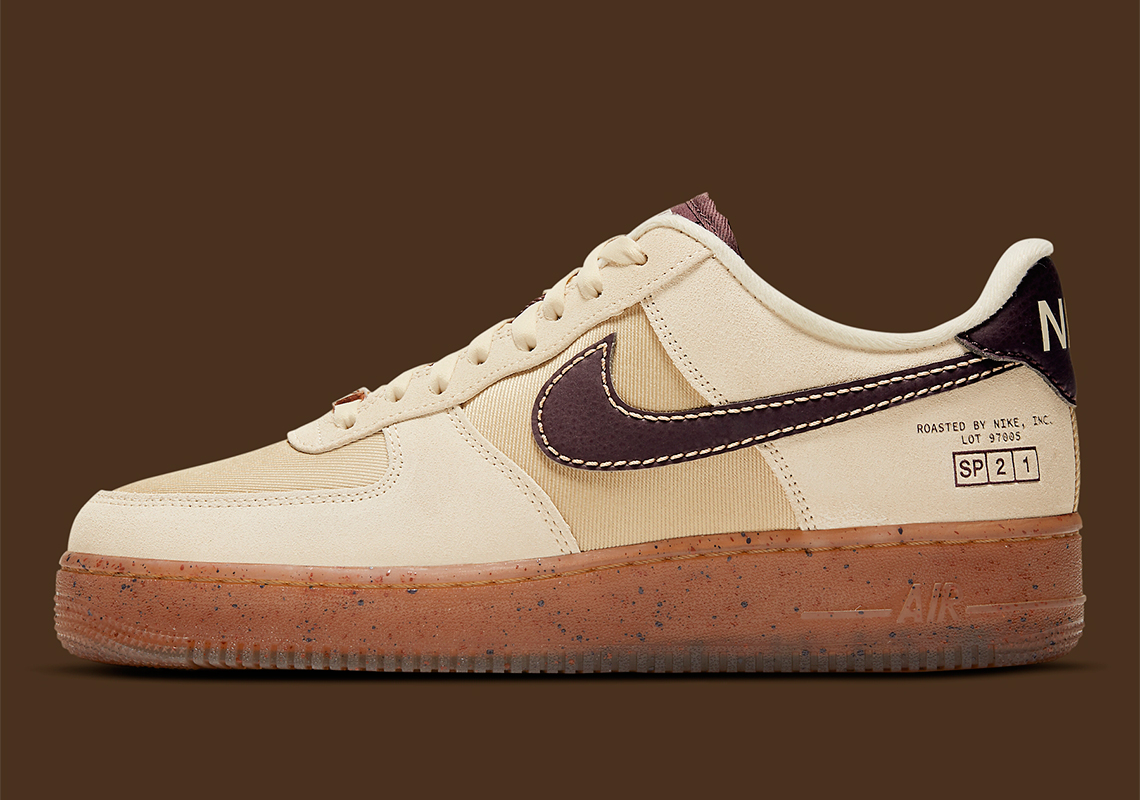 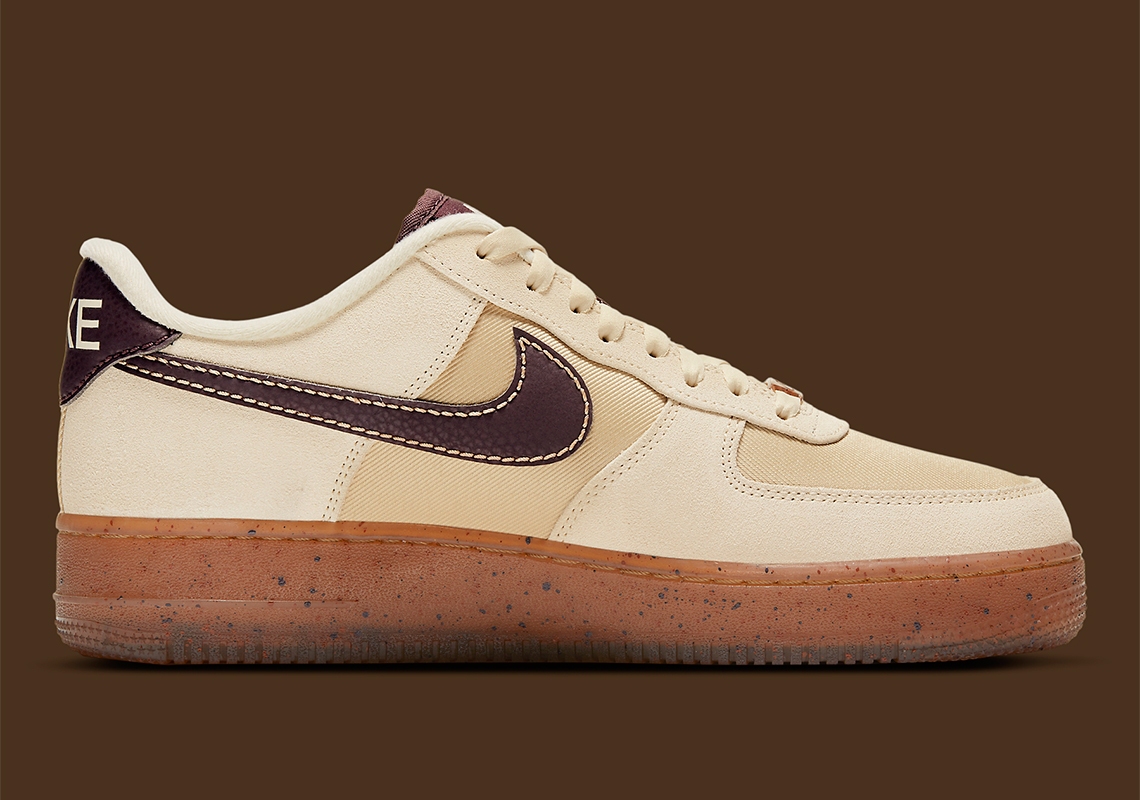 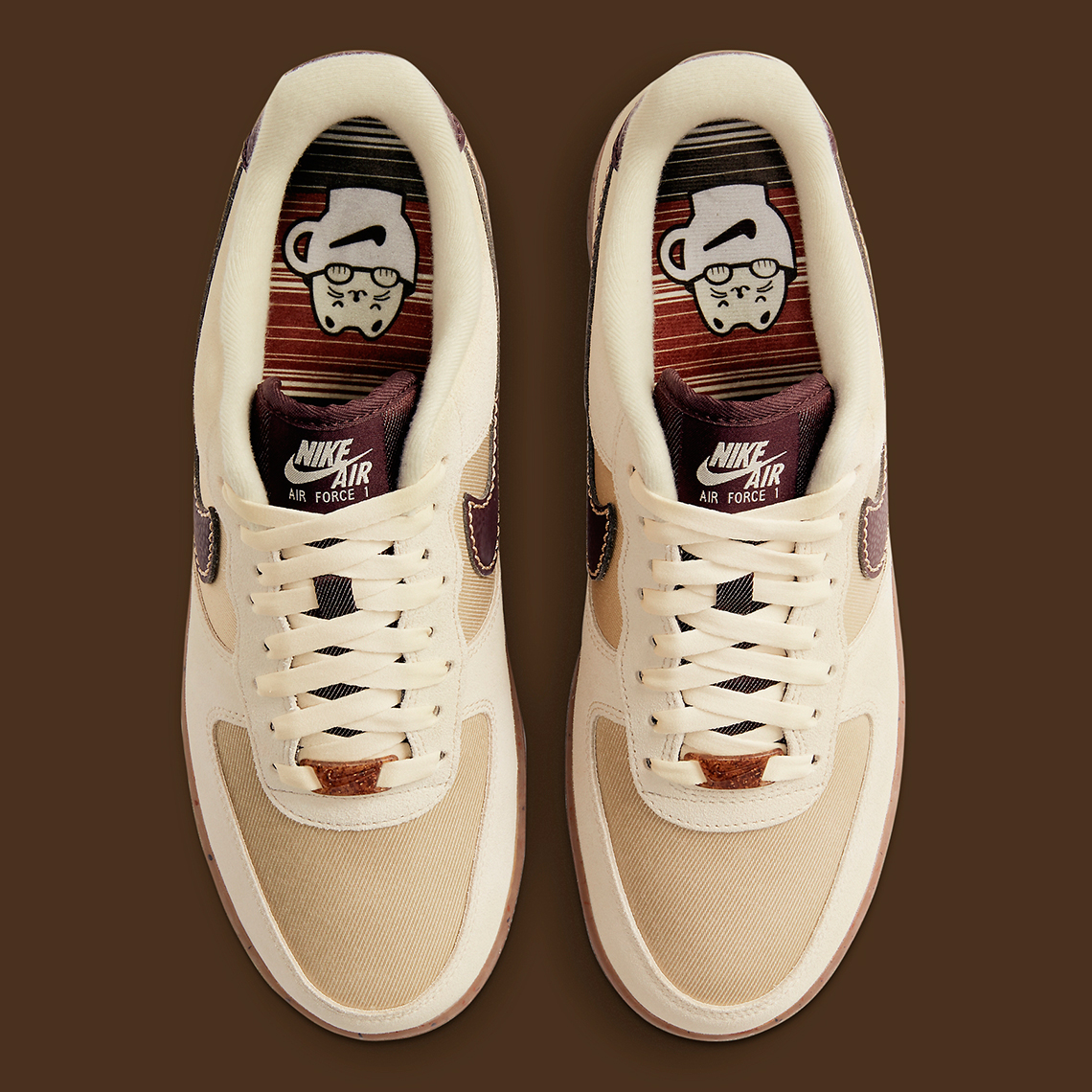 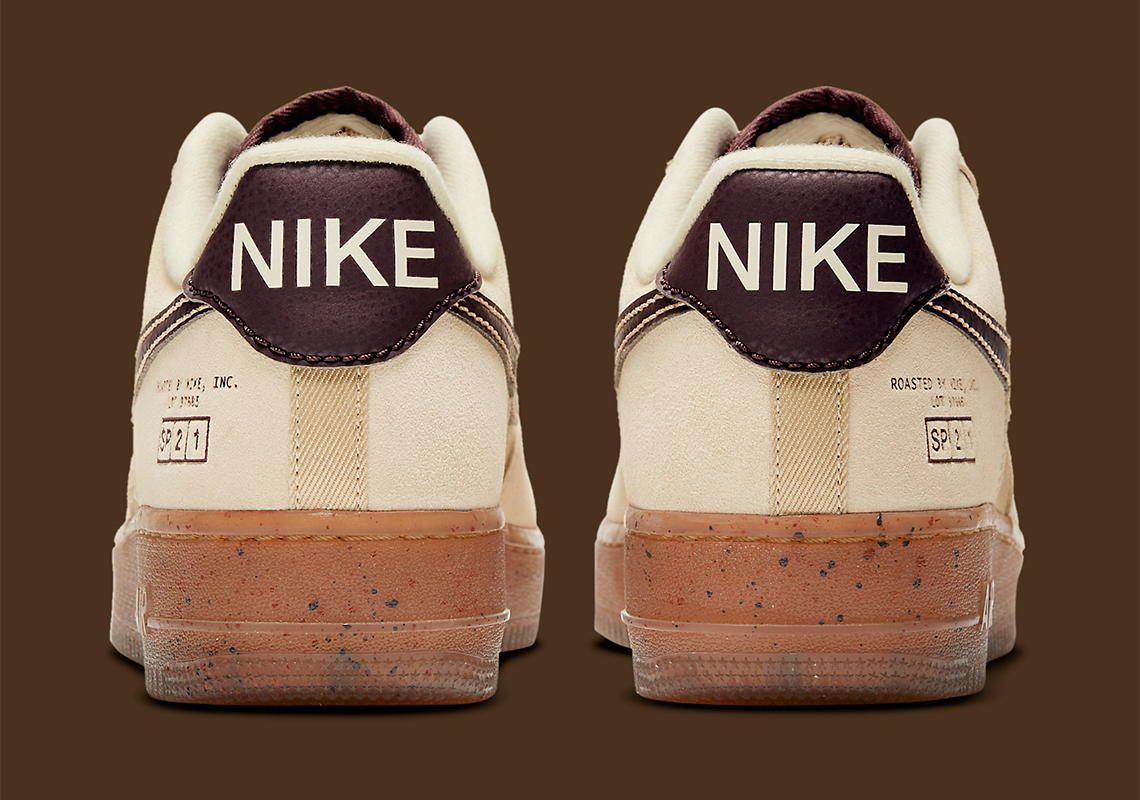 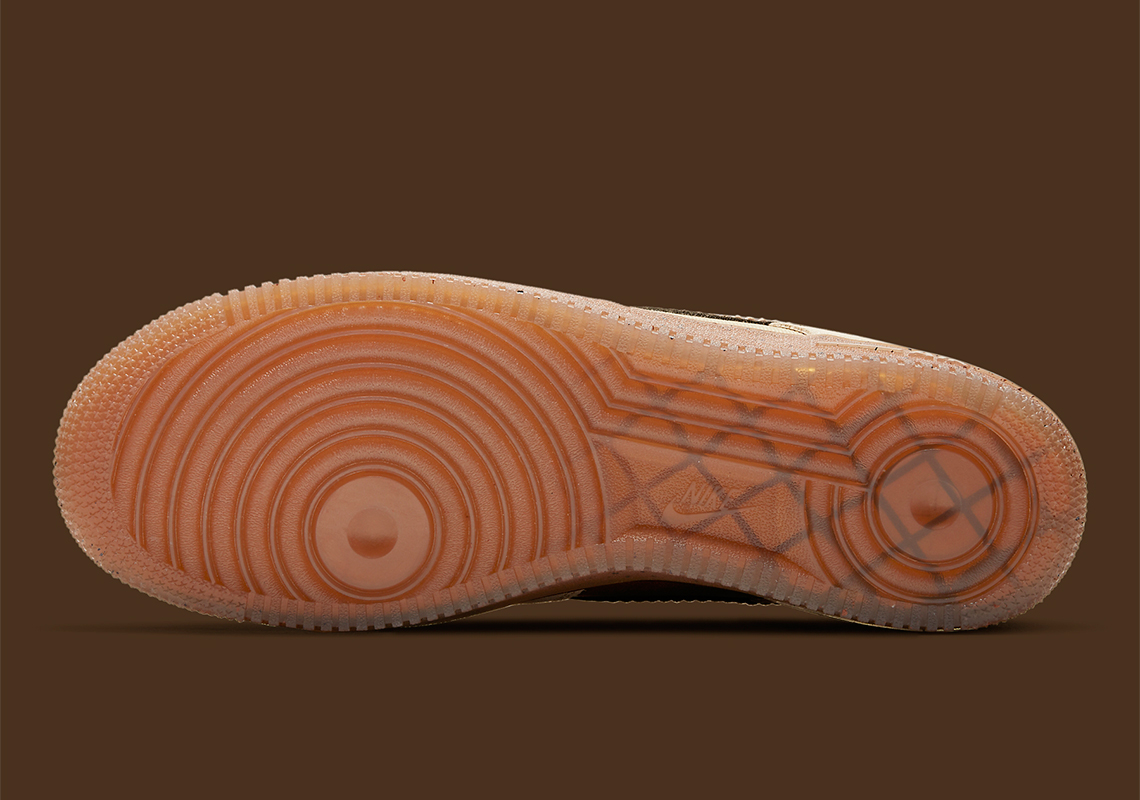 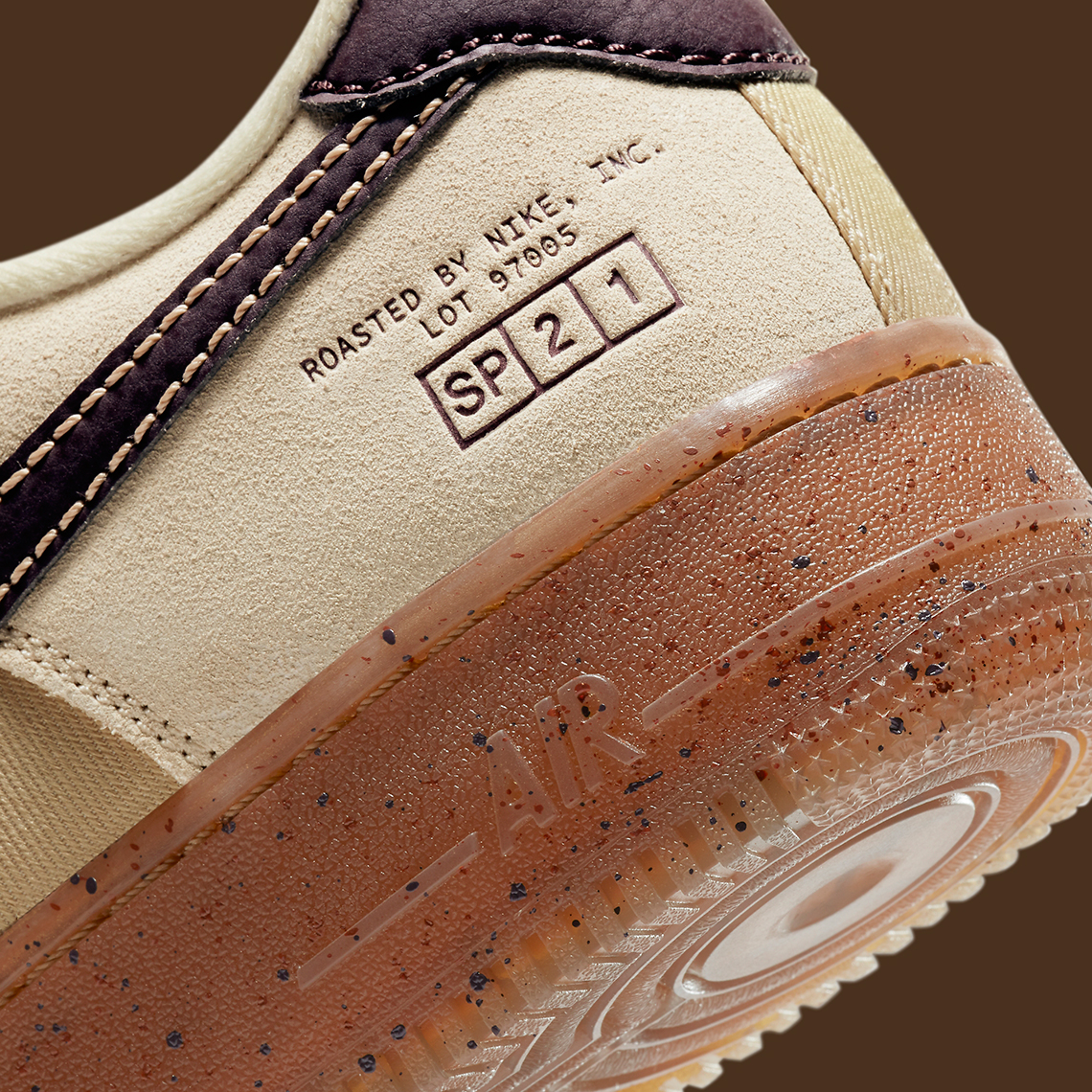 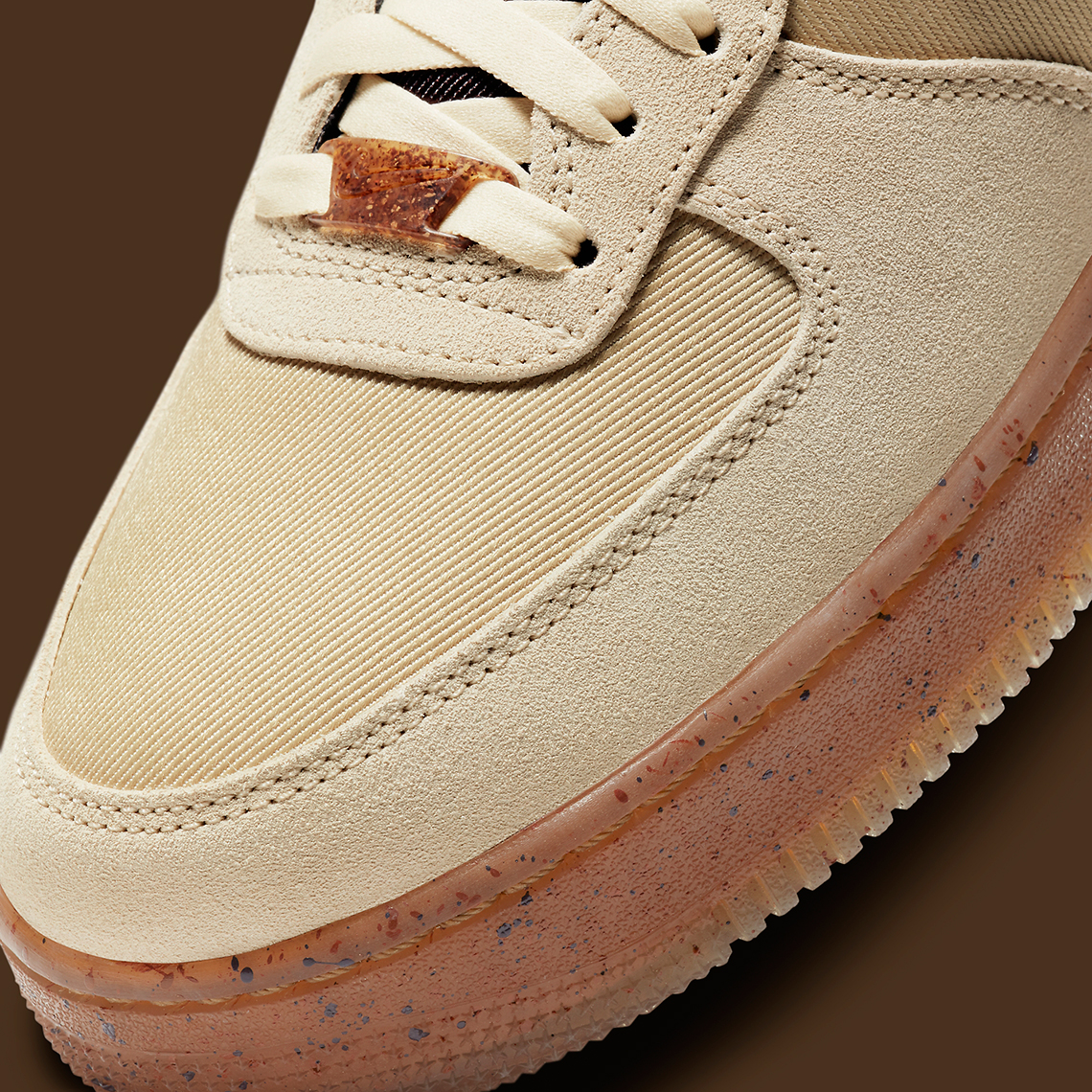