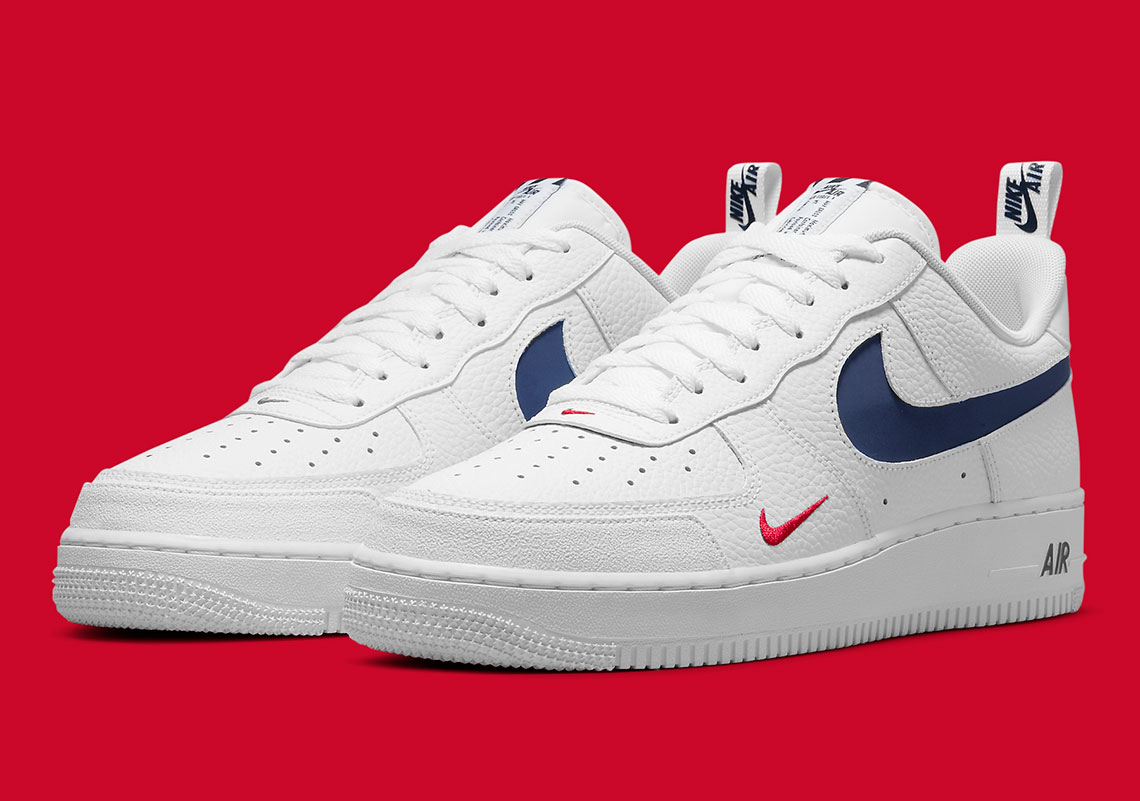 Now that Tom Brady has moved on with the Buccanneers, the New England Patriots’ dynasty has come to an end. Although this may slim down the chances of the team following through with their Super Bowl tradition of a celebratory Air Force 1 this year, an upcoming pair that flaunts the team colors could make do.

Uppers are clad in tumbled white leather while a navy side Swoosh peaks out from under the panels for a cut-out effect. The blue is also applied to the AIR logo on the white midsole. In true Patriots-fashion, red is seen on the embroidered mini Swooshes found on the forefoot and near the laces. Rather than a branded heel tab, the pair uses a heel pull tab with a printed Nike Air logo. In addition, the customary tongue label has been swapped out for a vertical strip with a diagonal design and text that mimics the look of a sneaker’s inside label.

A release date has not yet been announced but you can expect the Air Force 1 to arrive at Nike.com in the coming months for $90.

For more on the 1982 silhouette, check out this Valentine’s Day-ready Air Force 1, which features a heart-shaped patch. 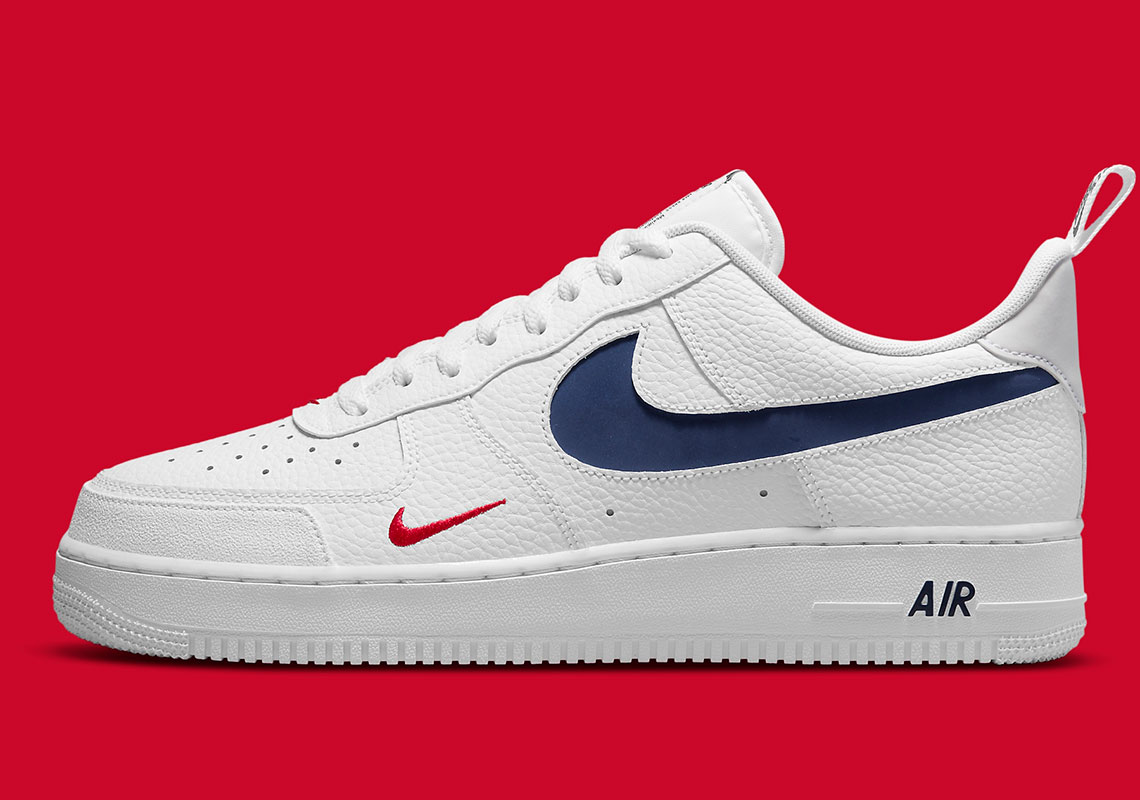 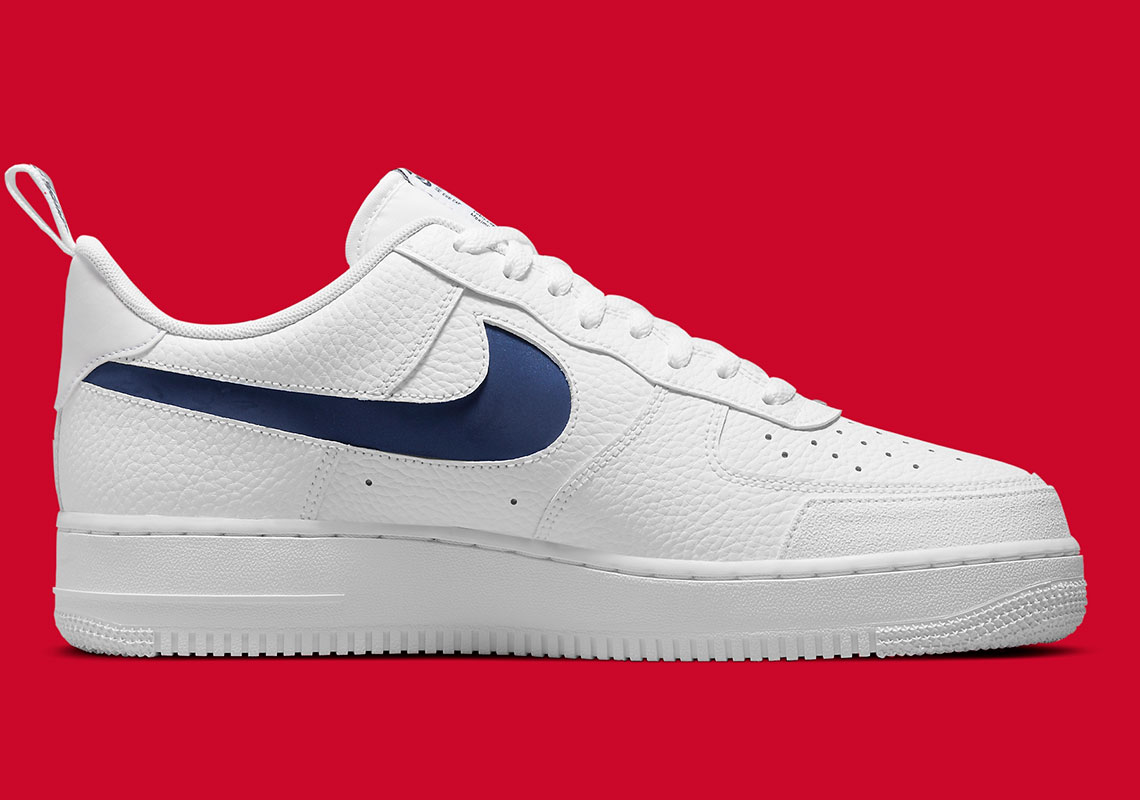 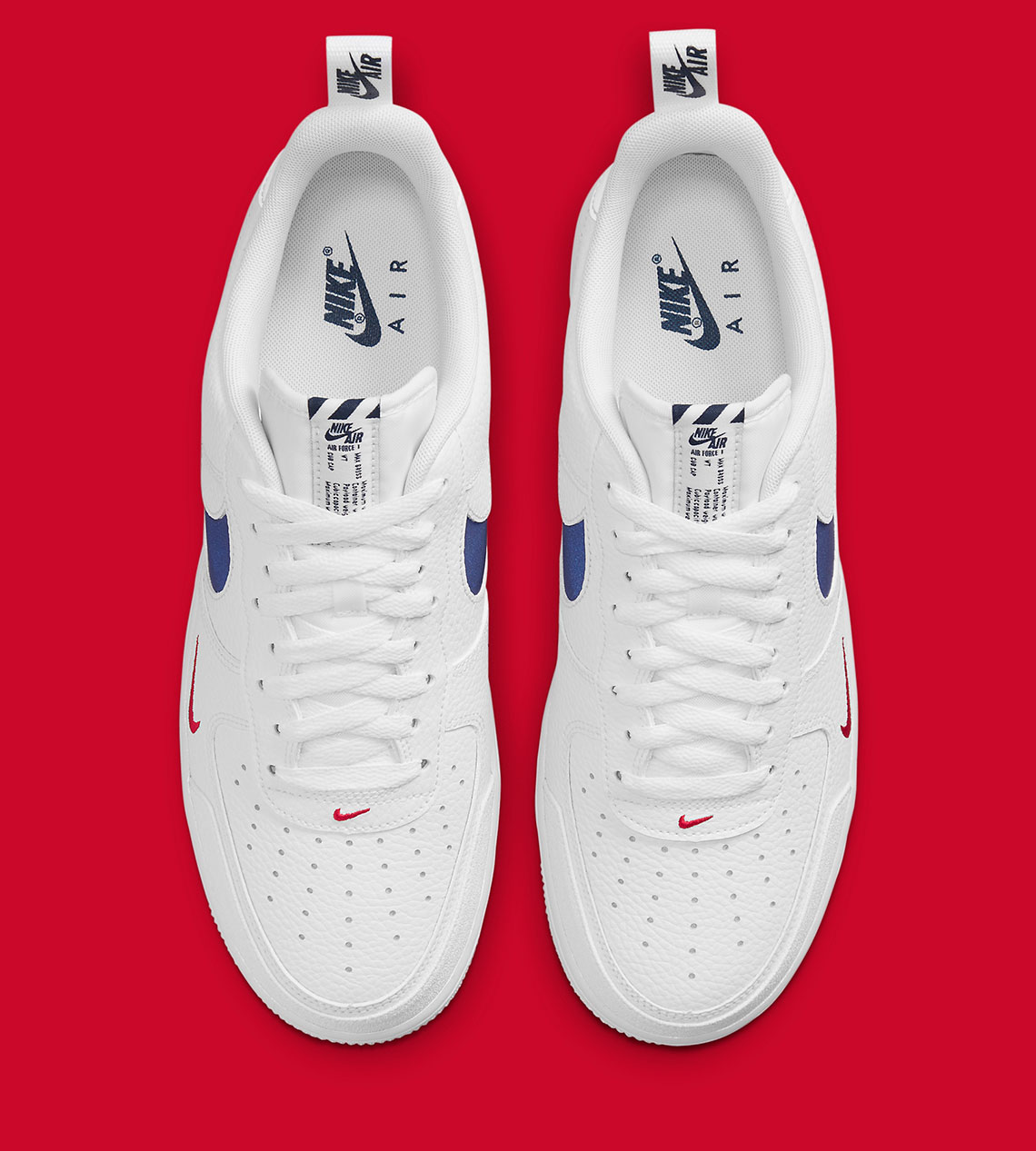 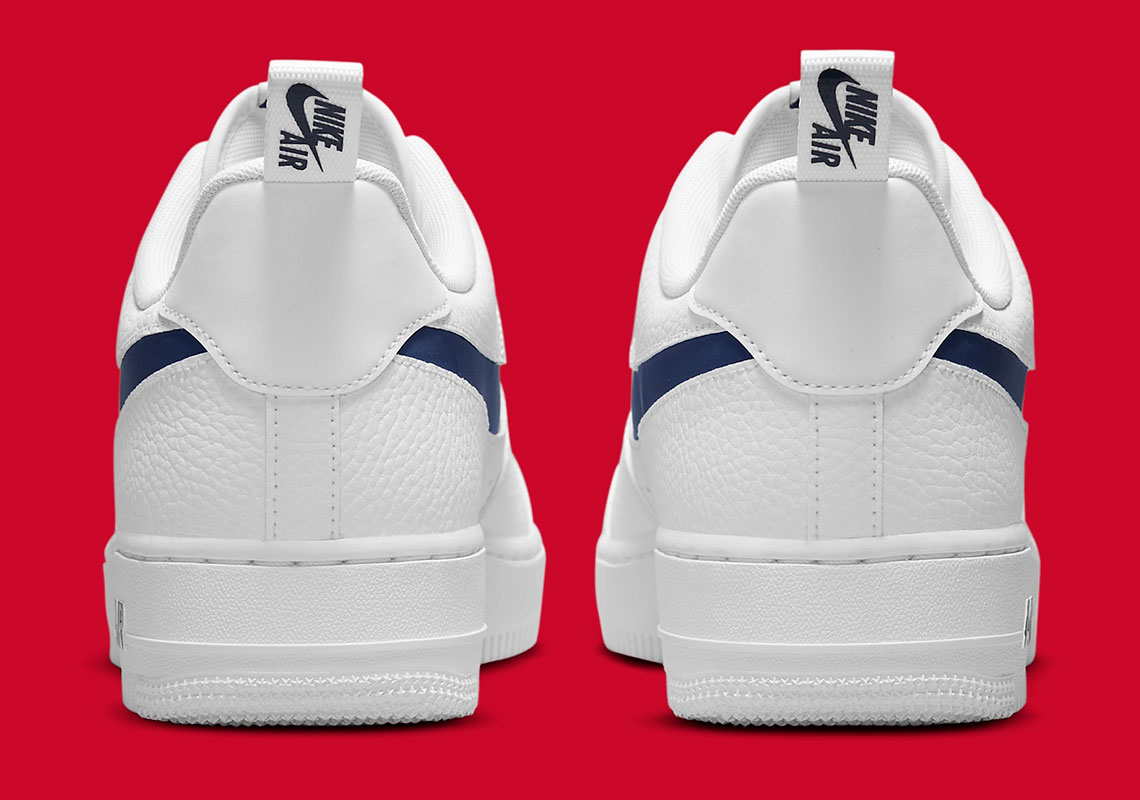 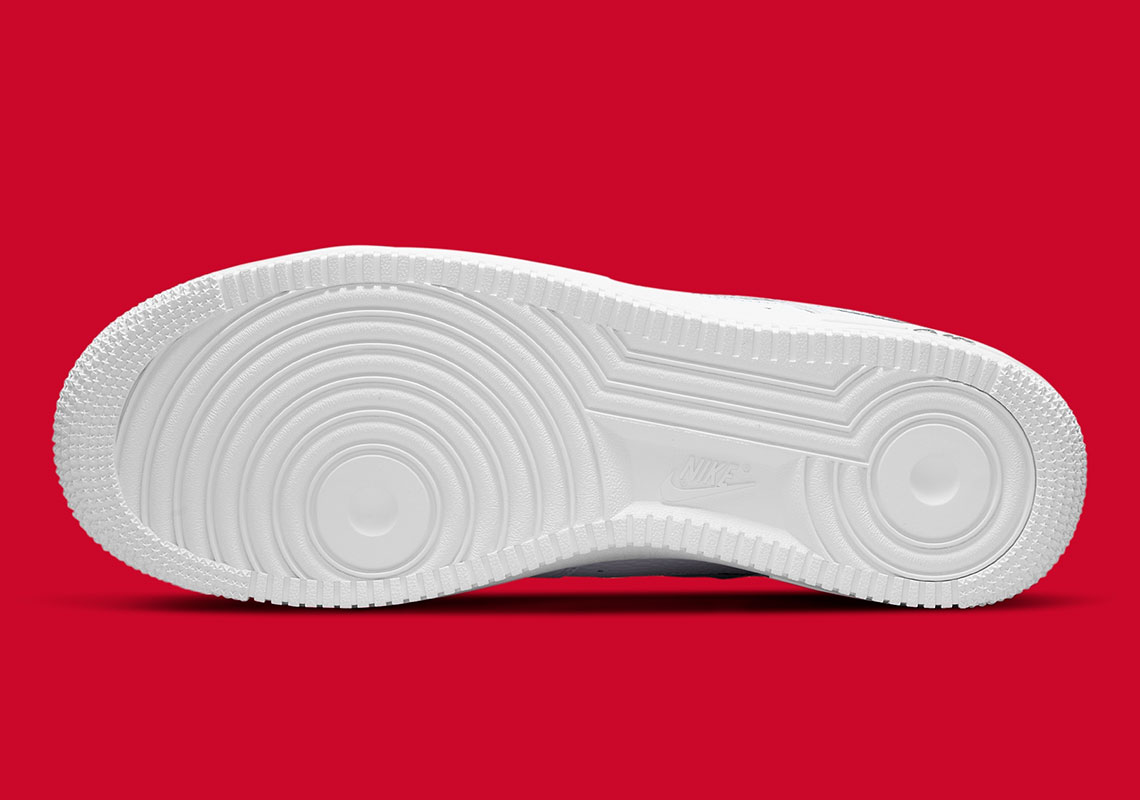 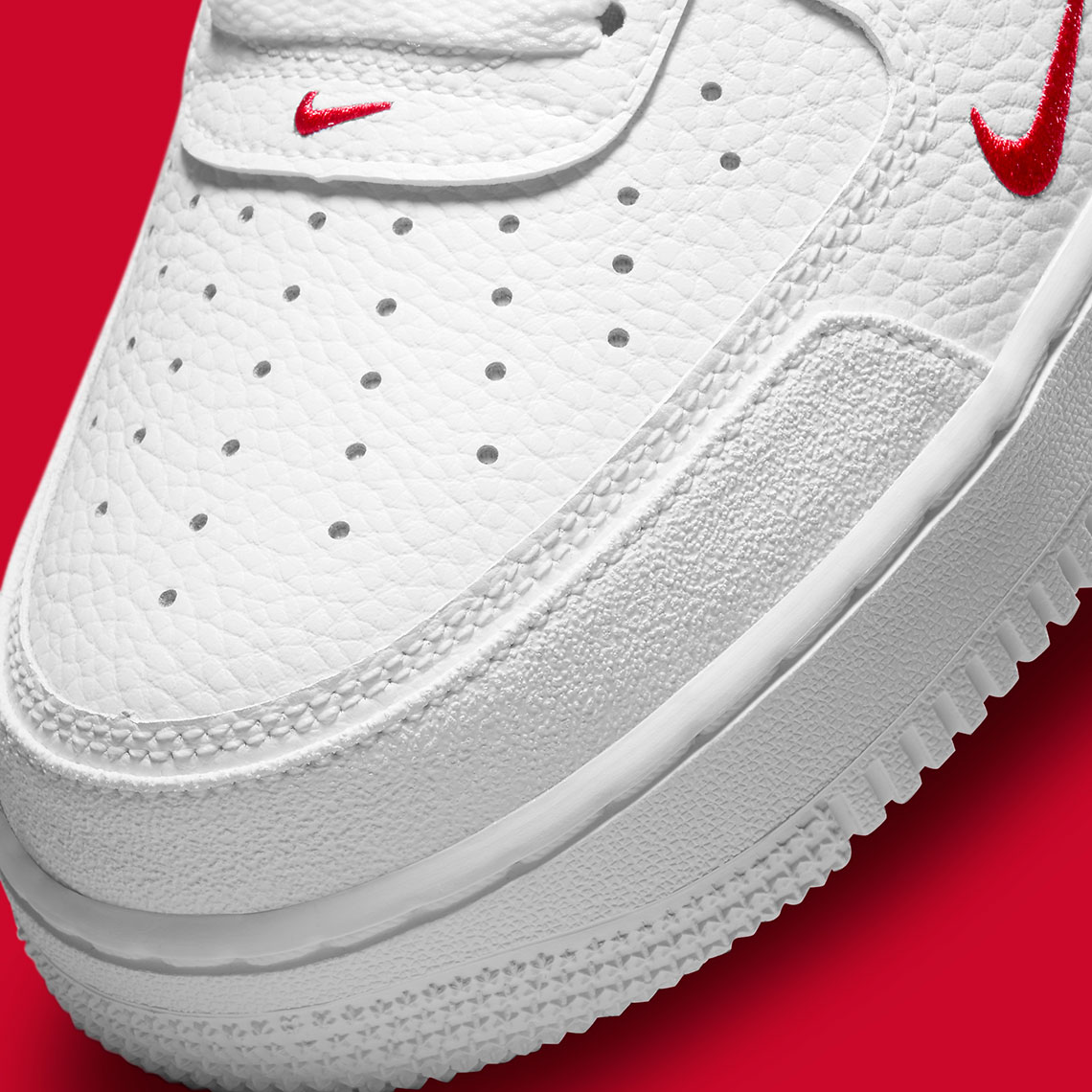 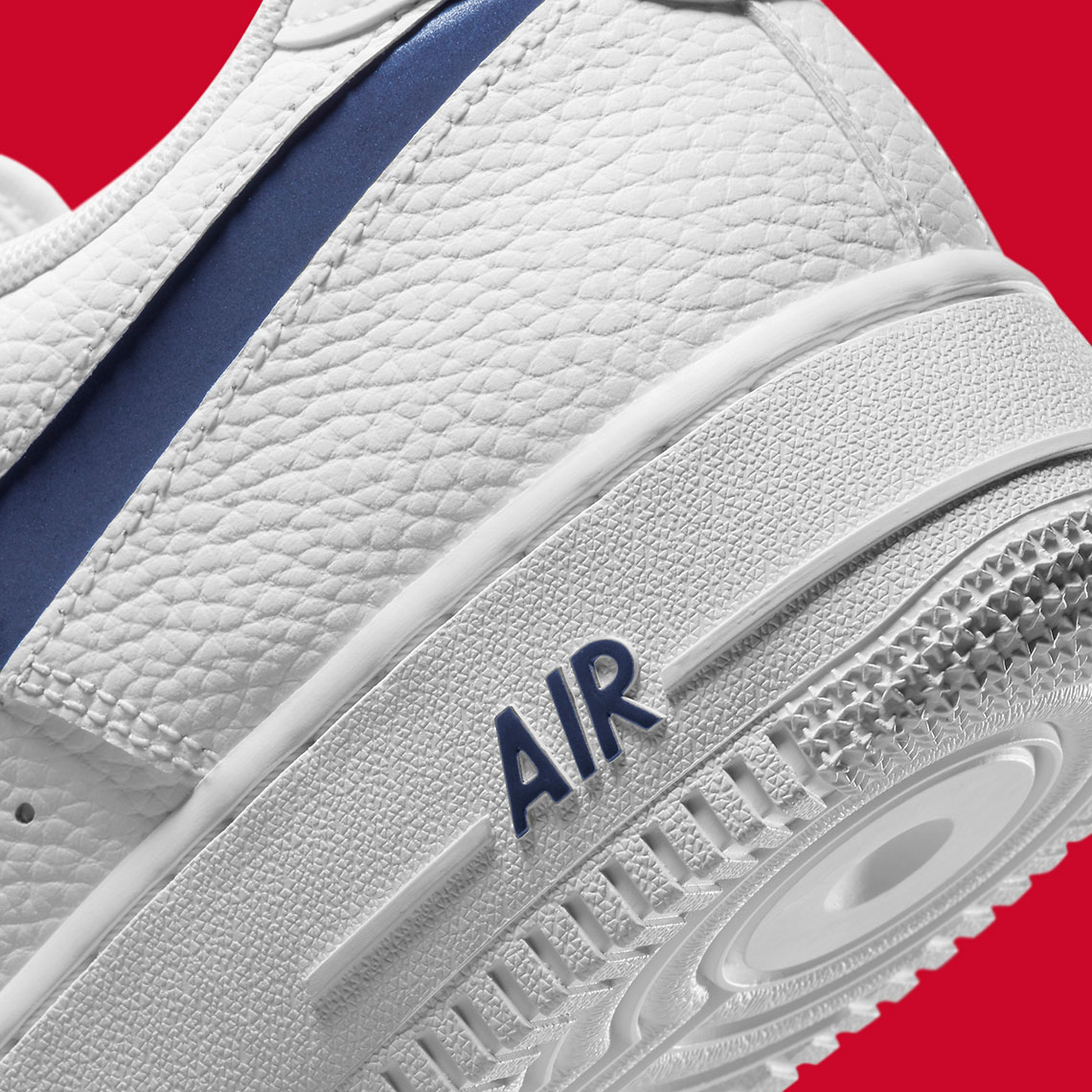