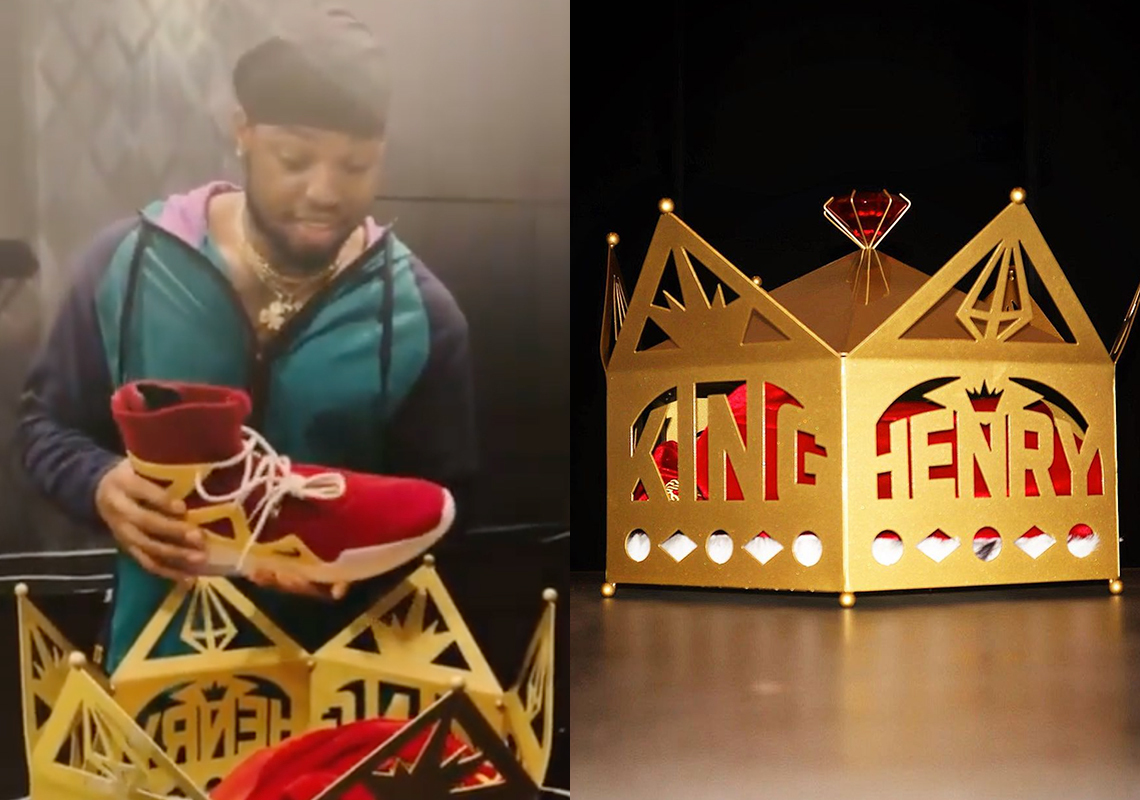 Derrick Henry, one of the most talented running backs in the League as of current, just hit an insane milestone at the start of the year. Now one of eight players ever to join the elusive “2K Club,” the Tennessee Titans star is sure to be in MVP talks year in and year out. And while the athlete has surely been inundated with gifts, Nike’s is likely the hardest to top as the brand sent over an exclusive, 1-of-1 Air Fear of God 1, a pair made even more special now that Jerry Lorenzo is at adidas.

The packaging itself deserves some praise of its own. To better celebrate 2,000 rushing yards, the Swoosh pulled out all the stops, carving the name “King Henry” and “2K CLUB” right into the side of a crown-shaped, metal case. What’s more, the top comes complete with a crimson ruby, complimenting the velvet dust bag that can be seen even from the outside. The shoe itself, which effectively mirrors many of the aforementioned details, bears gilded overlays and a crimson base, matching part of the Titan’s signature colors.

If you want to see Henry unbox the package himself, see below. It’s possibly the only way you’ll be able to see these from here on out.

In other news, close-up images of the Sooner Air Jordan 5 PE appeared yesterday.