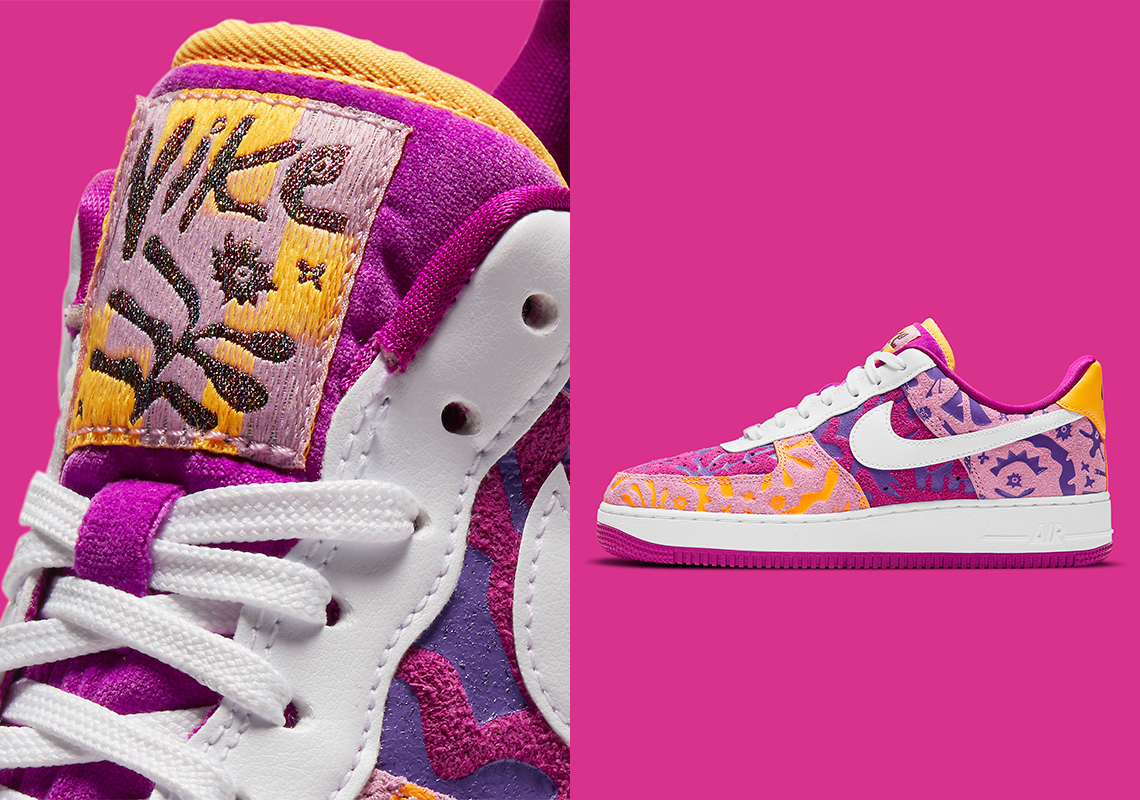 As the Nike Air Force 1 gradually inches closer to its 40th anniversary, the silhouette is prepping dozens of styles inspired by both its heritage and world around it. For its latest proposition, Bruce Kilgore’s design adds another tally to the latter category, as it assumes a “Red Plum/Light Arctic Pink/Wild Violet/White” palette informed by the the enduring spirit of Mexican women and is potentially part of a larger collection set to commemorate International Women’s Day on March 8th.

At a glance, the forthcoming pair’s colorway is reminiscent of the Air Jordan 1 Mid that launched for Día de Muertos, but closer inspection reveals different design inspiration. “Red Plum” sets the stage for “Light Arctic Pink,” “Wild Violet” and maize-like panels and accents from forefoot to heel. And while eye-catching, both bases and overlays are arguably overshadowed by the graphics and shapes imprinted throughout the upper. Depicted in a glyph style, flora and animals nod to the fight and resilience women have displayed in Mexico throughout the country’s history, from Pre-Columbian times to the modern-day. Underfoot, a two-tone sole unit rounds out the shoe’s look, with outsoles boasting a bold plum hue.

An official stateside Nike.com release date is currently unknown, but that’s likely to change within the next month. (These have, strangely, already dropped in parts of Asia.) In the meantime, enjoy images of this commemorative Air Force 1 Low ahead.

For more from the Swoosh, check out the latest Air Max 90 pairs, which include a similarly-themed style. 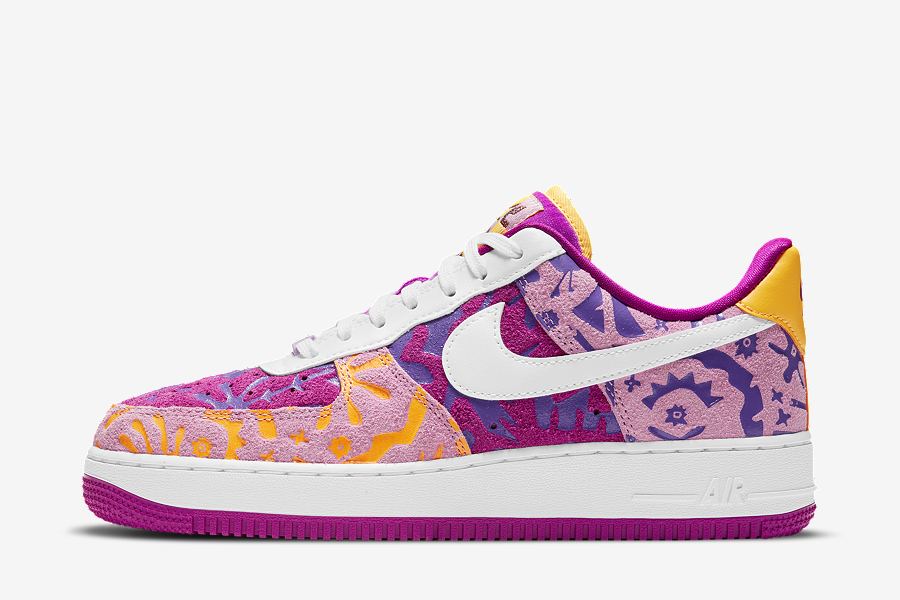 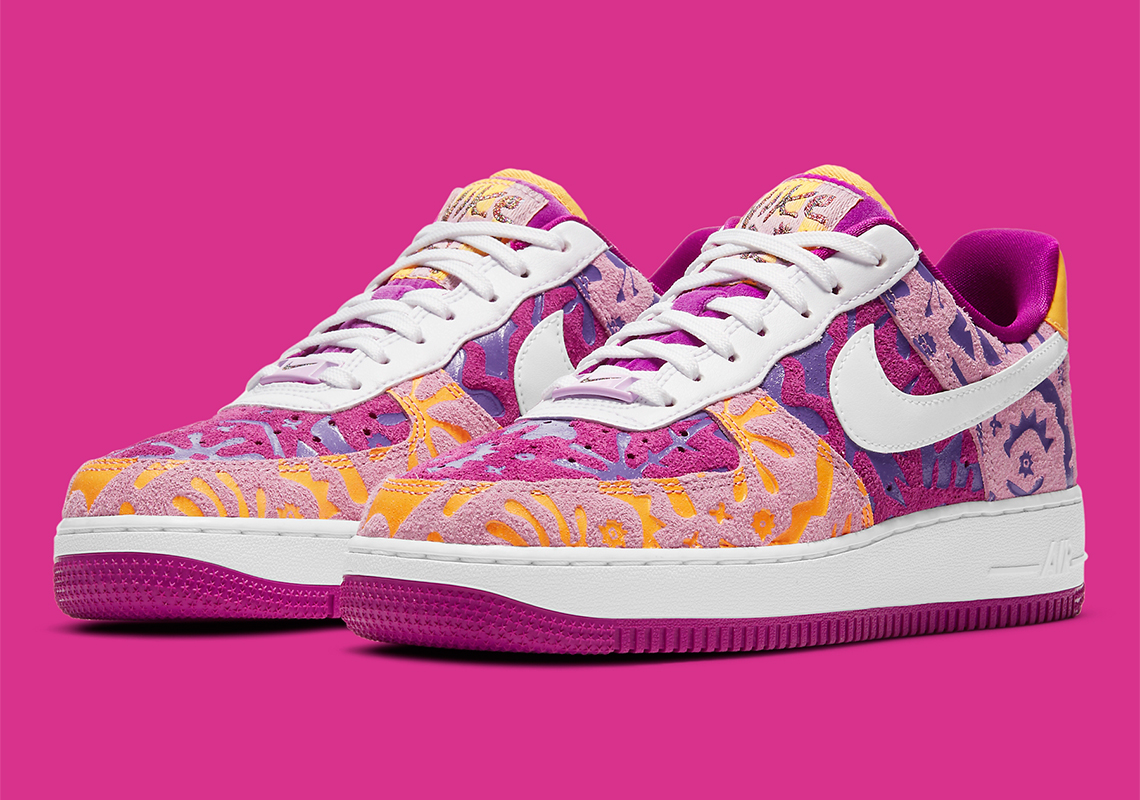 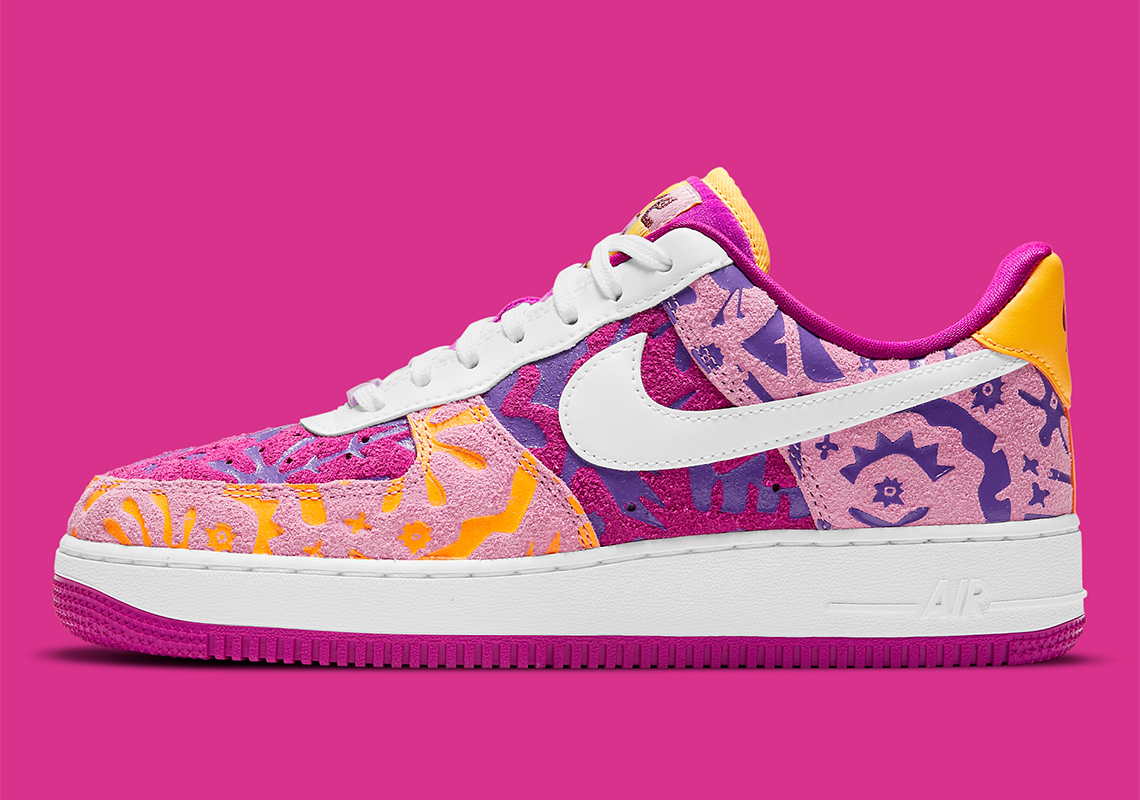 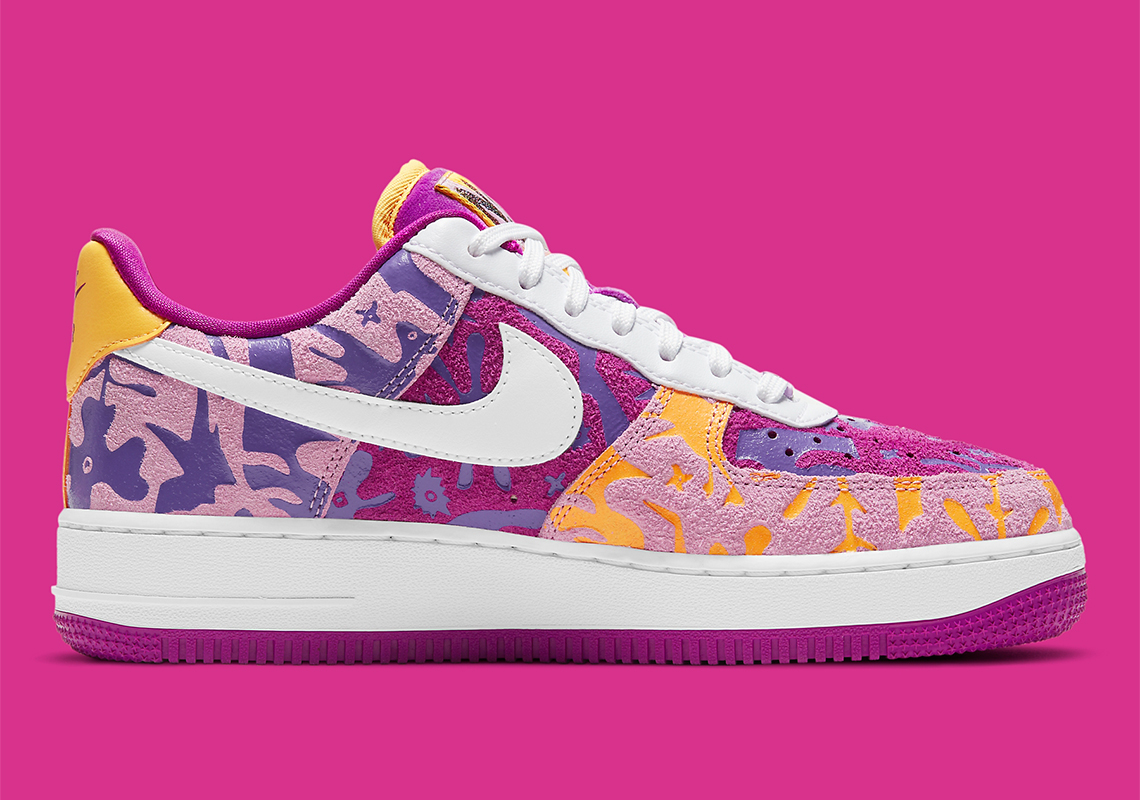 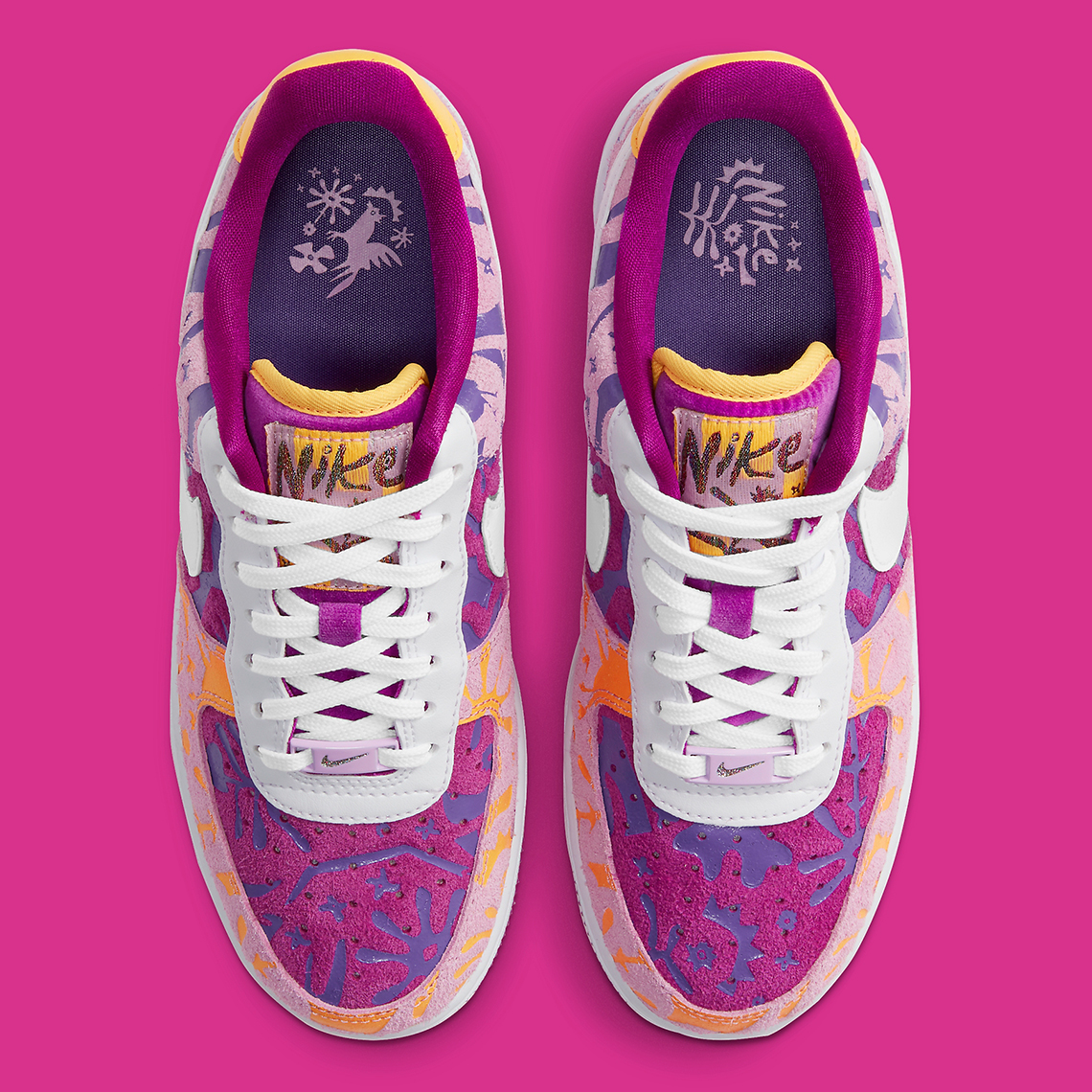 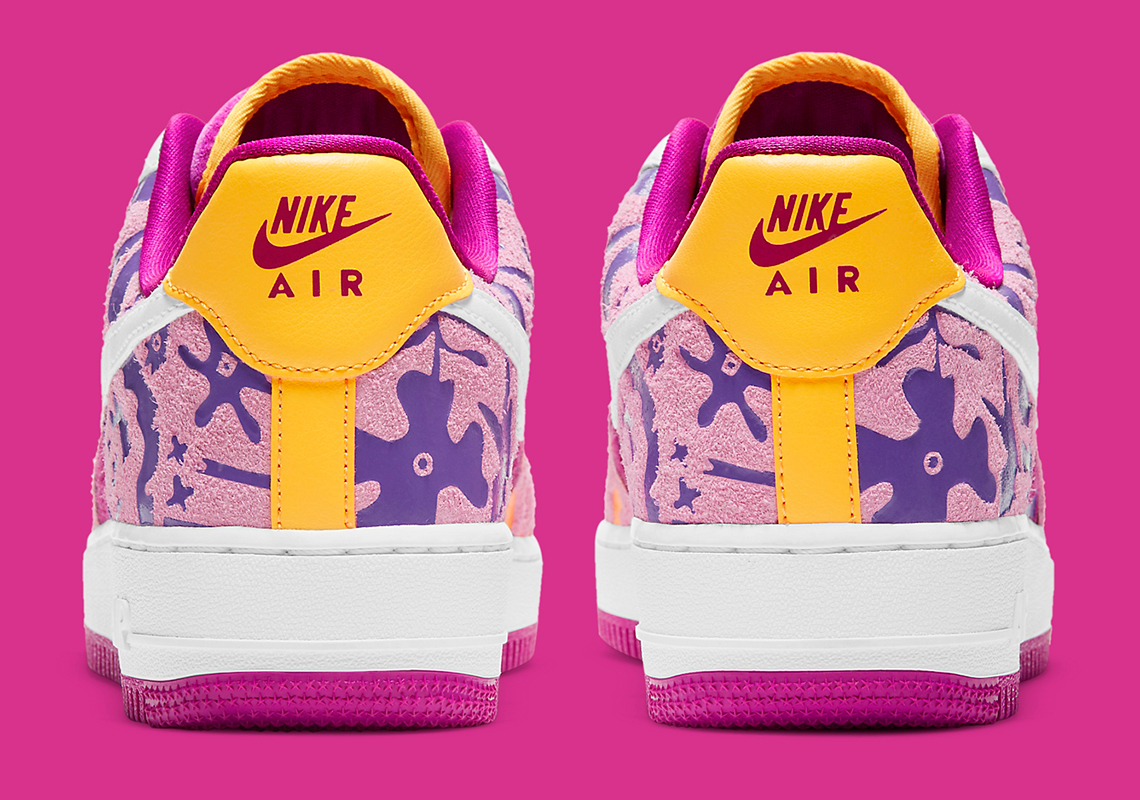 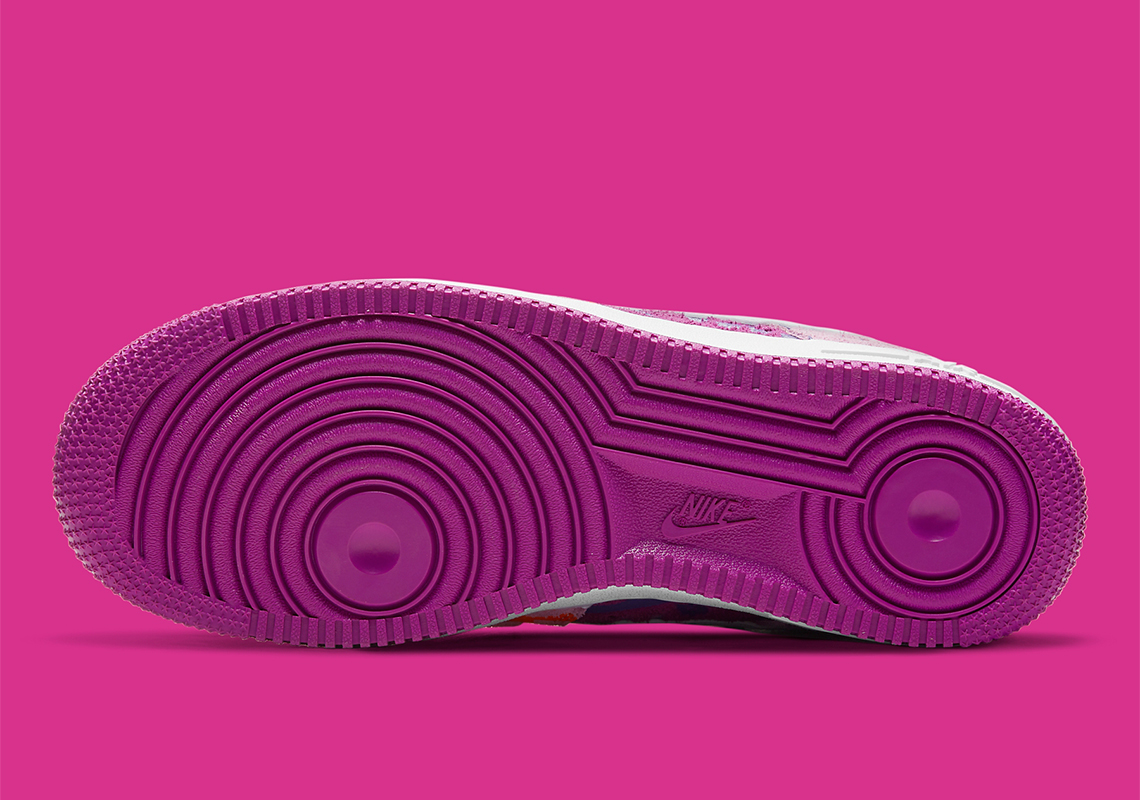 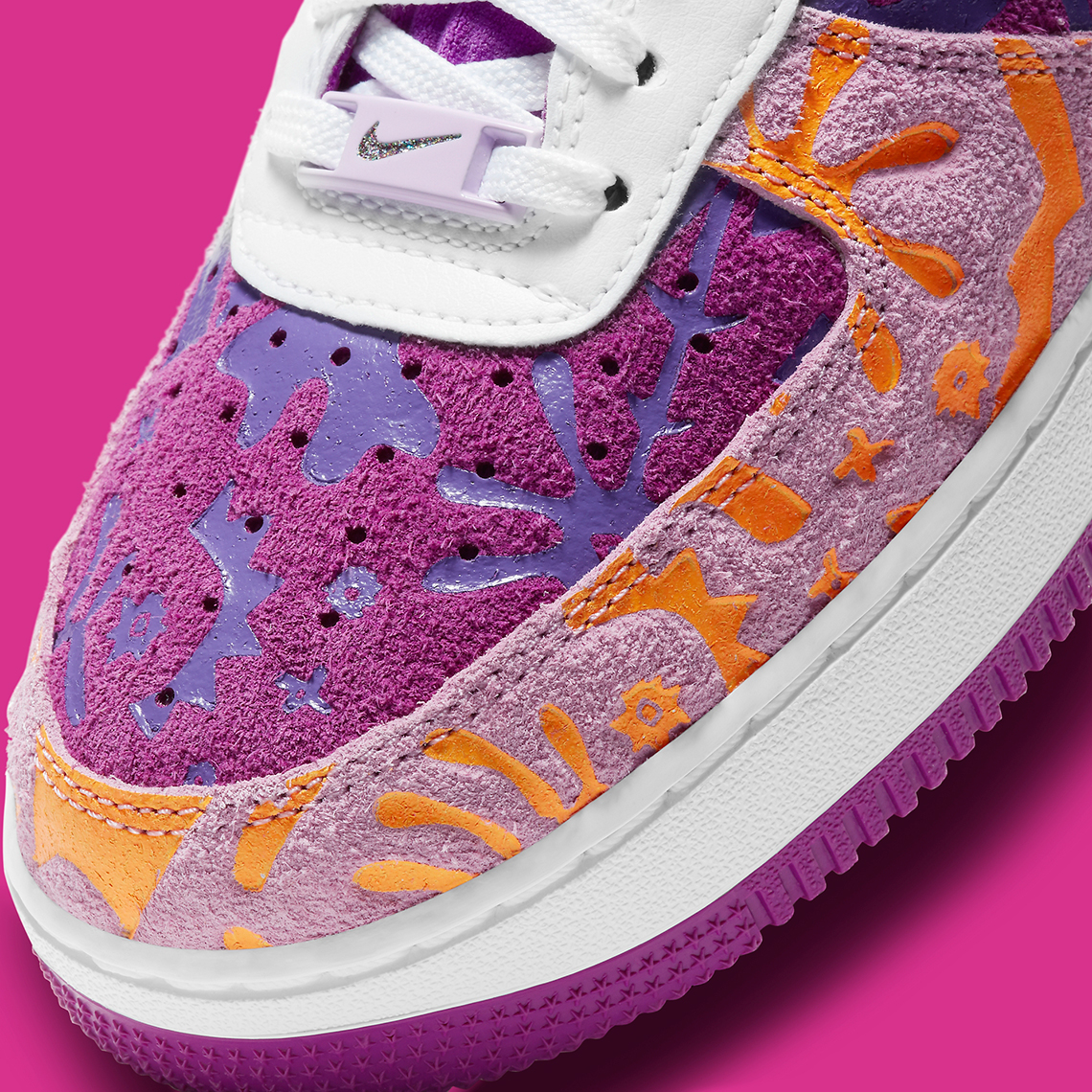 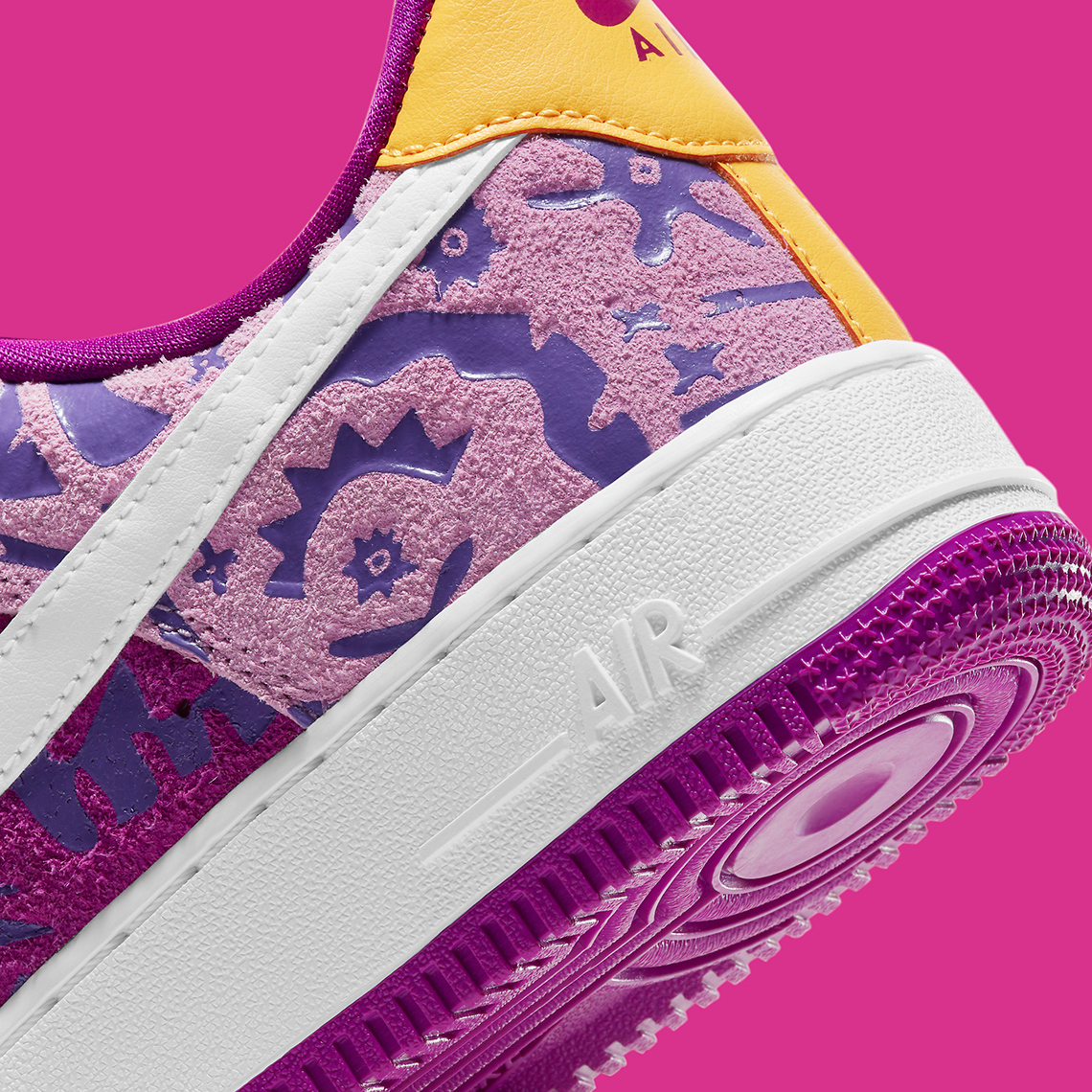 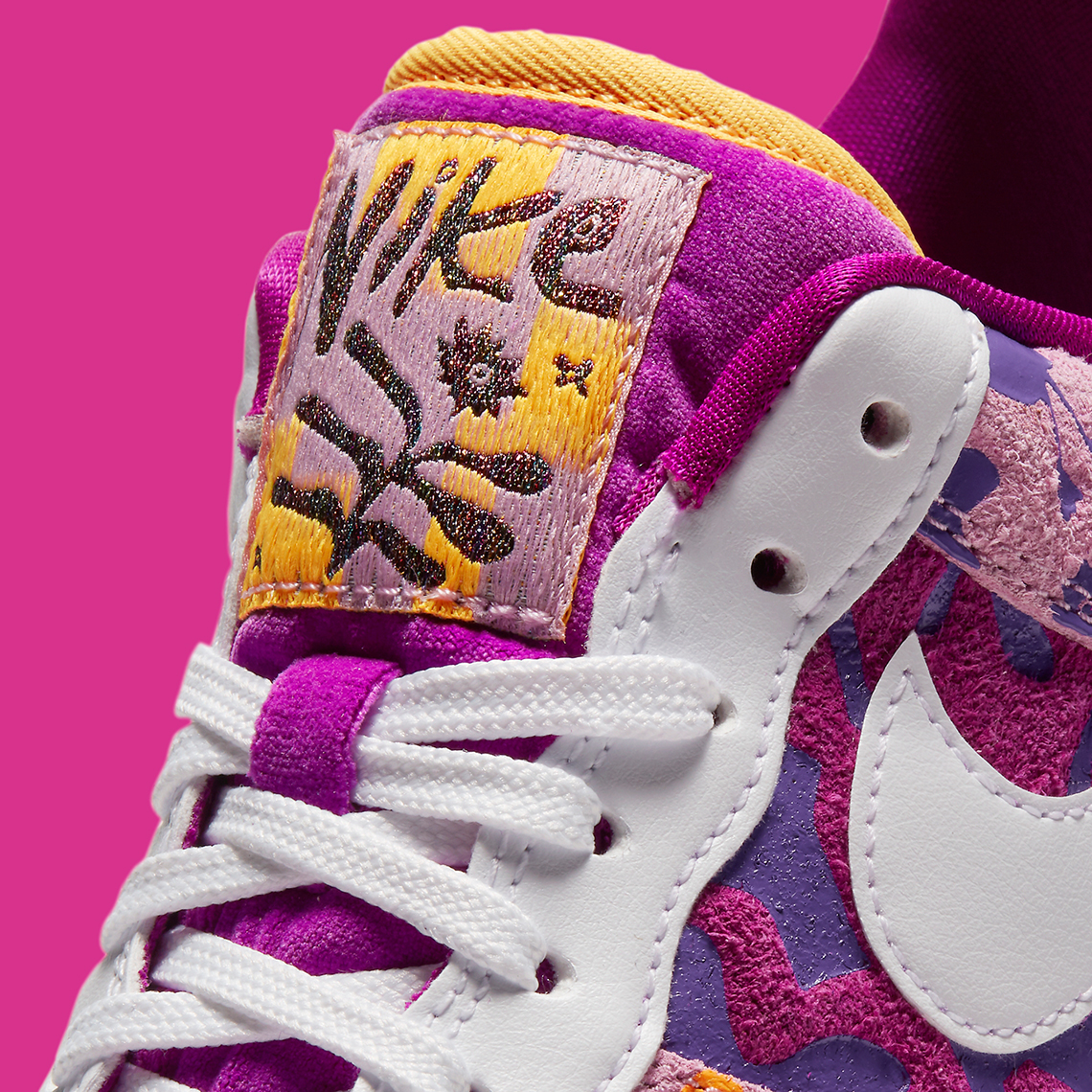 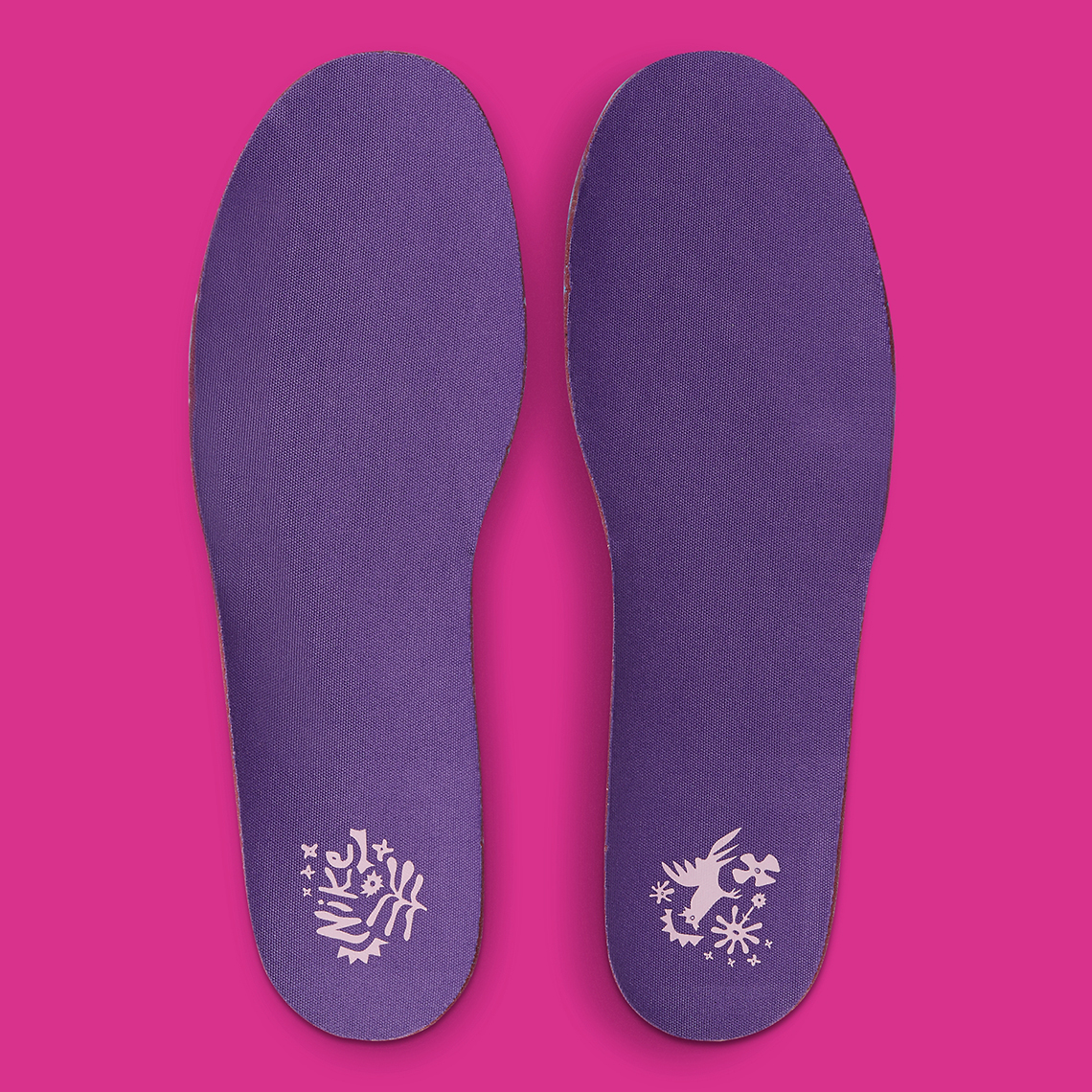