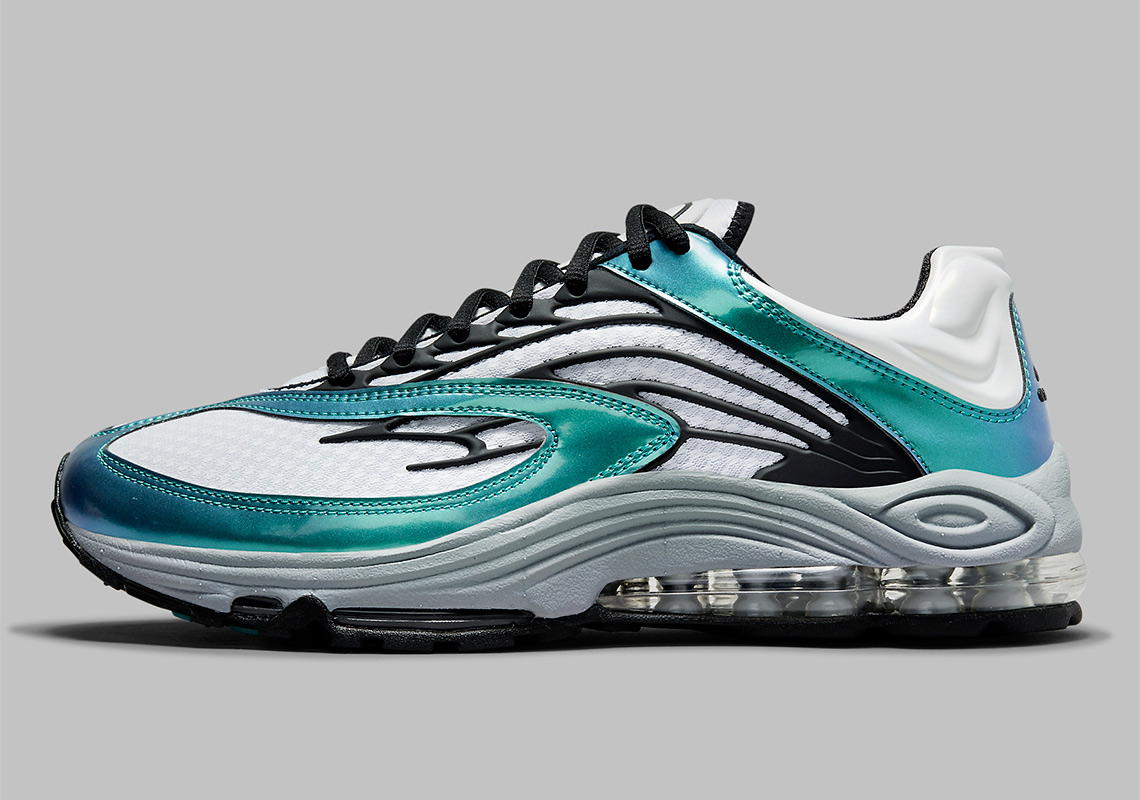 The Nike Air Tuned Max Gets A Shiny “Aquamarine” Colorway

In just a couple more days, Nike’s Air Tuned Max will have officially returned in its most beloved “Celery” colorway. And afterwards, it seems the brand is expanding the silhouette’s run with further OGs and new staples like this upcoming “Aquamarine” colorway.

Similar to its vegetable-themed counterpart, the “Aquamarine” dresses its overlays in a glossy, almost metallic finish. Each of the two panels, which dress both the forefoot as well as the back heel, display a deceptive gradient effect that’s due most in part to the iridescent polish. Elsewhere, white mesh builds foundationally underneath, brightening up the kit whose midsole tints grey and the cages, laces, and branding a dark, visually pronounced black.

For a better look at these, check the official images below. A release is likely to arrive at Nike.com and select retailers very soon.

In other news, the Bad Bunny adidas Forum Buckle Low releases next week. 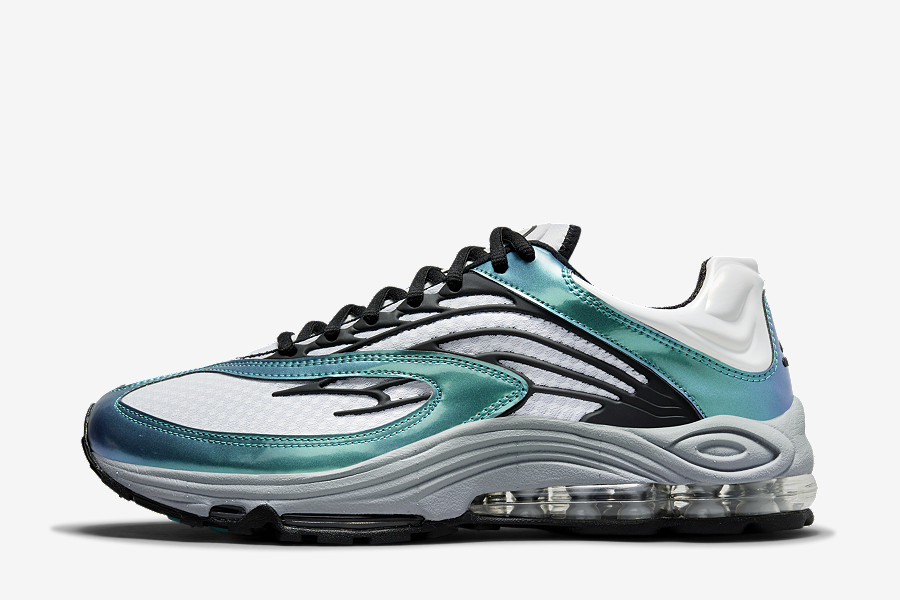 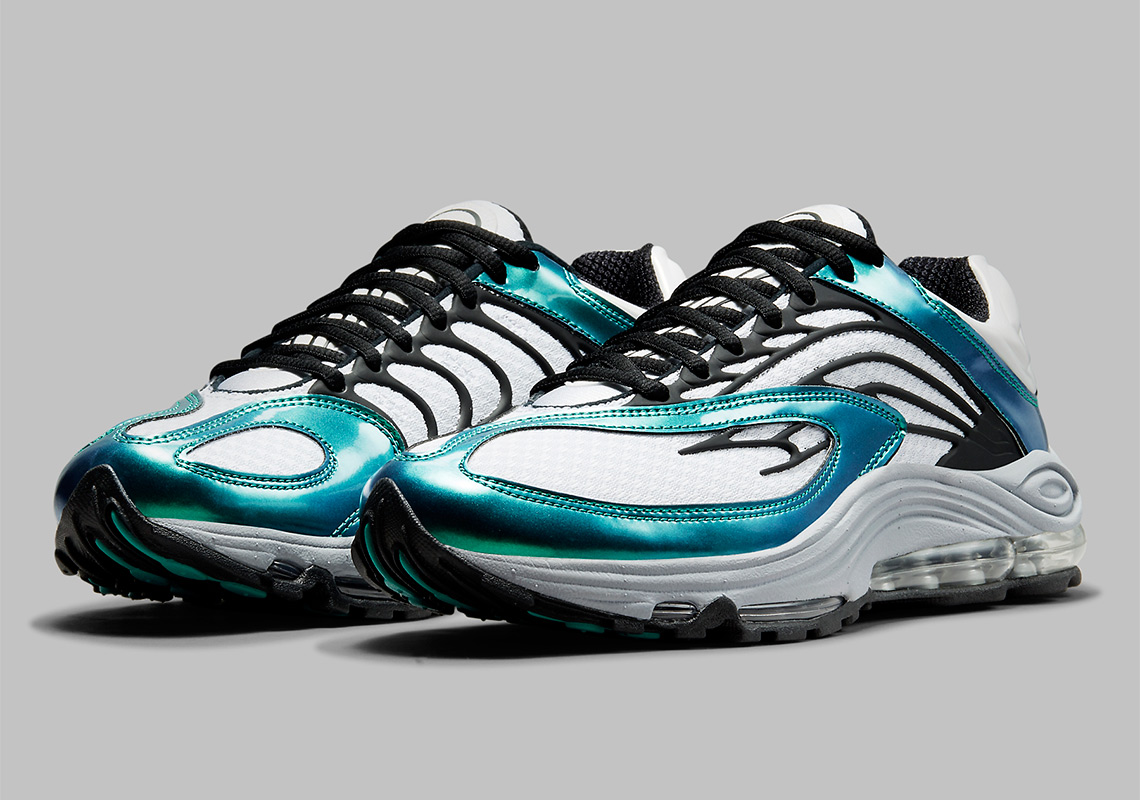 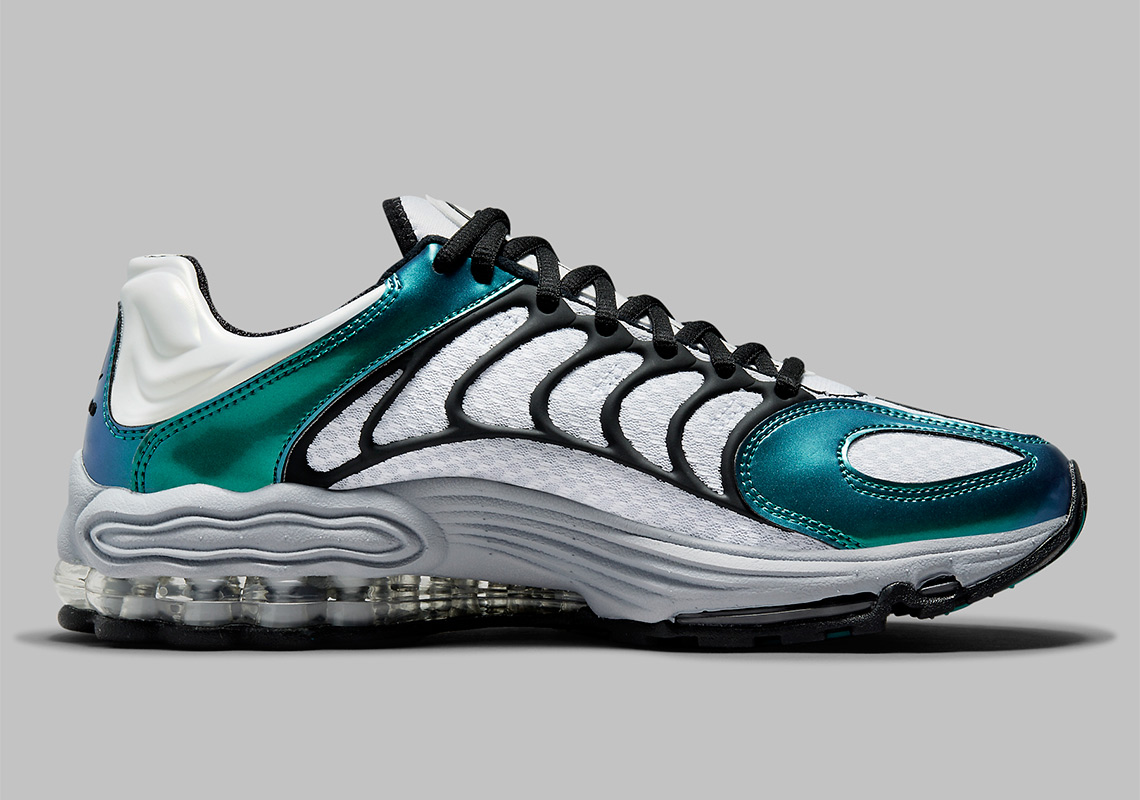 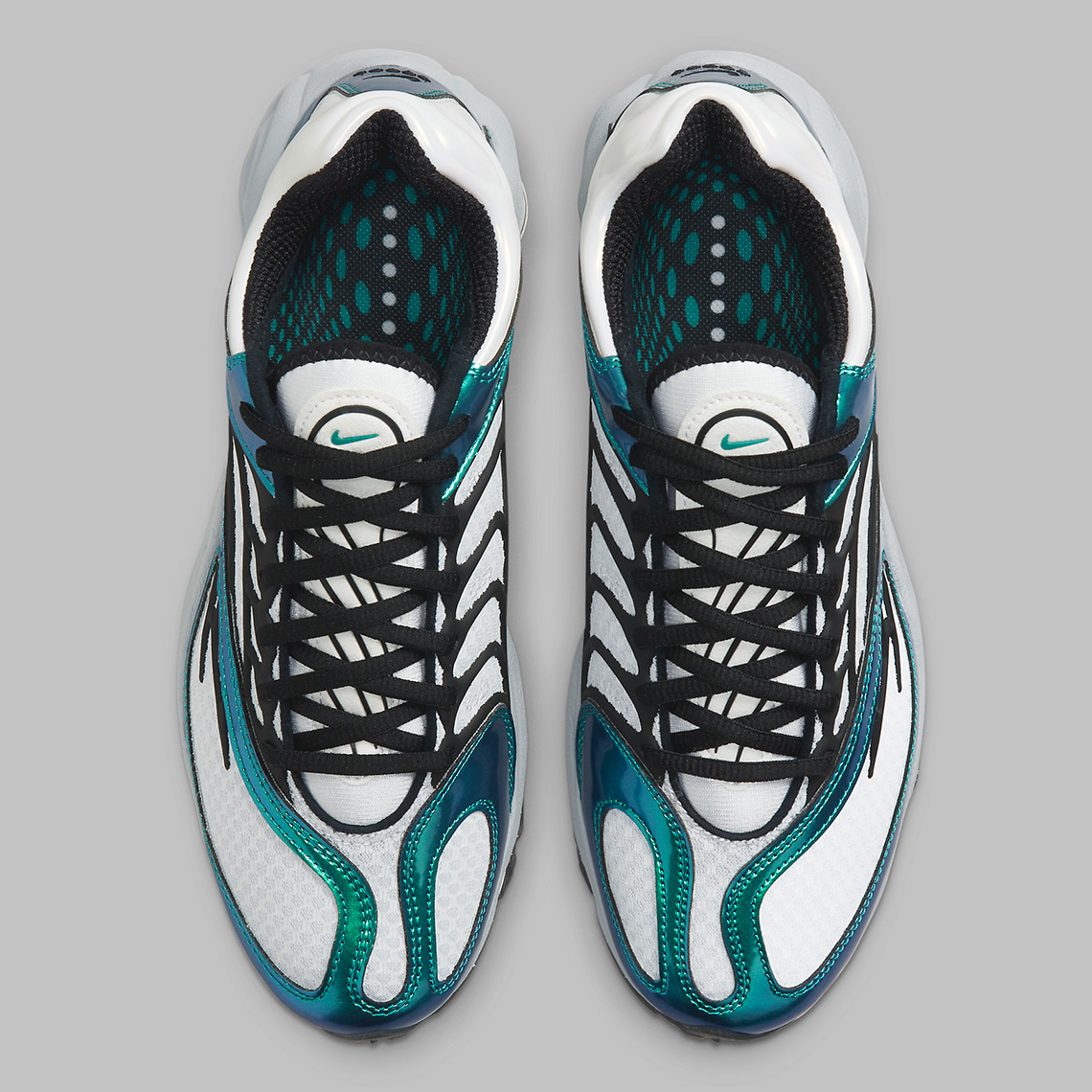 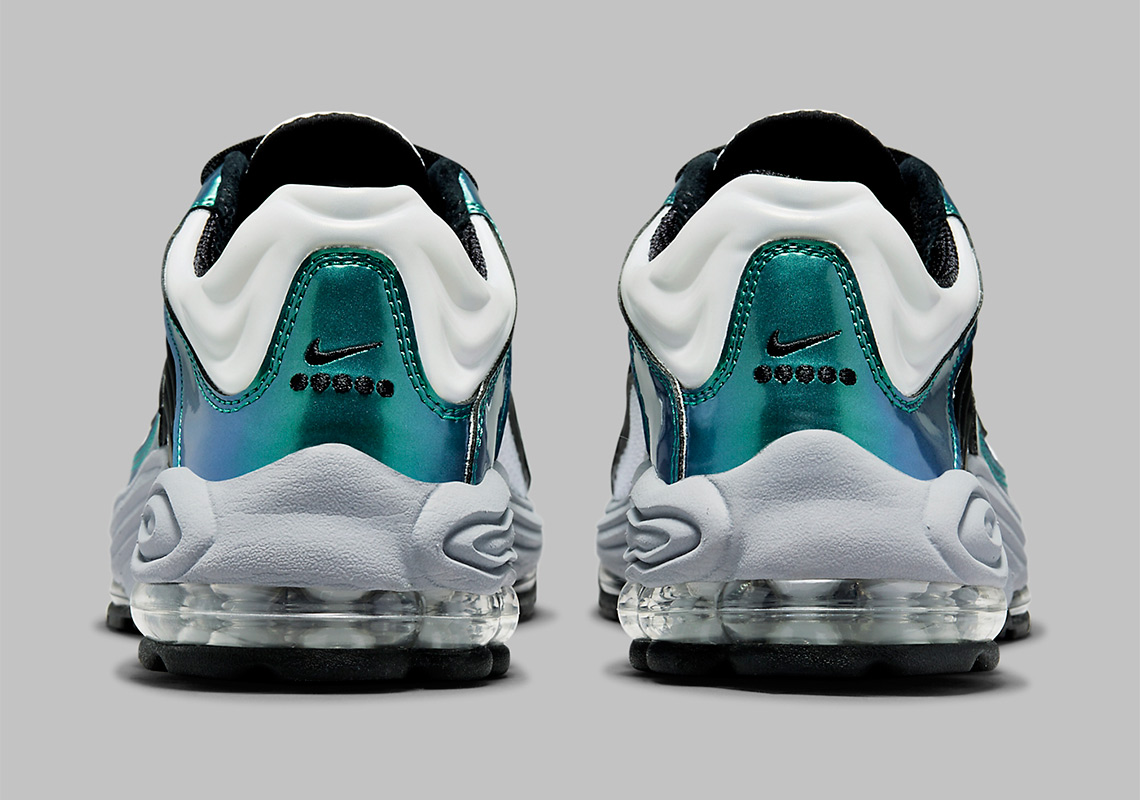 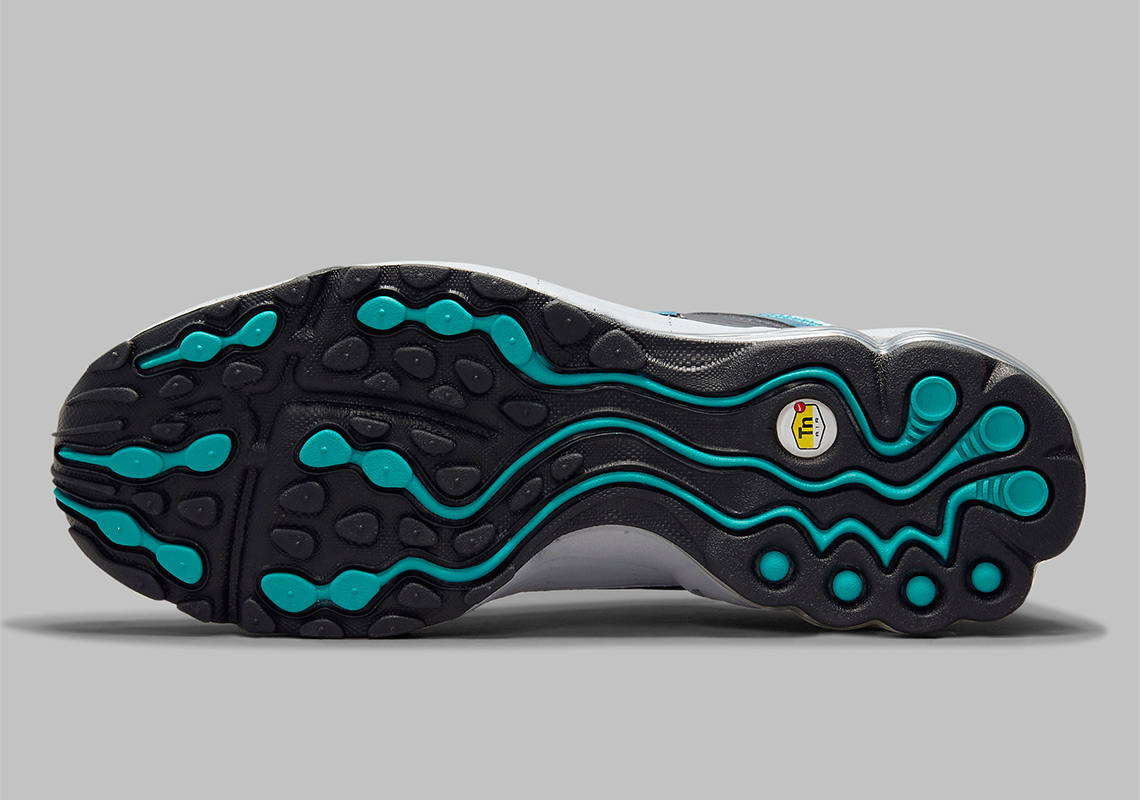 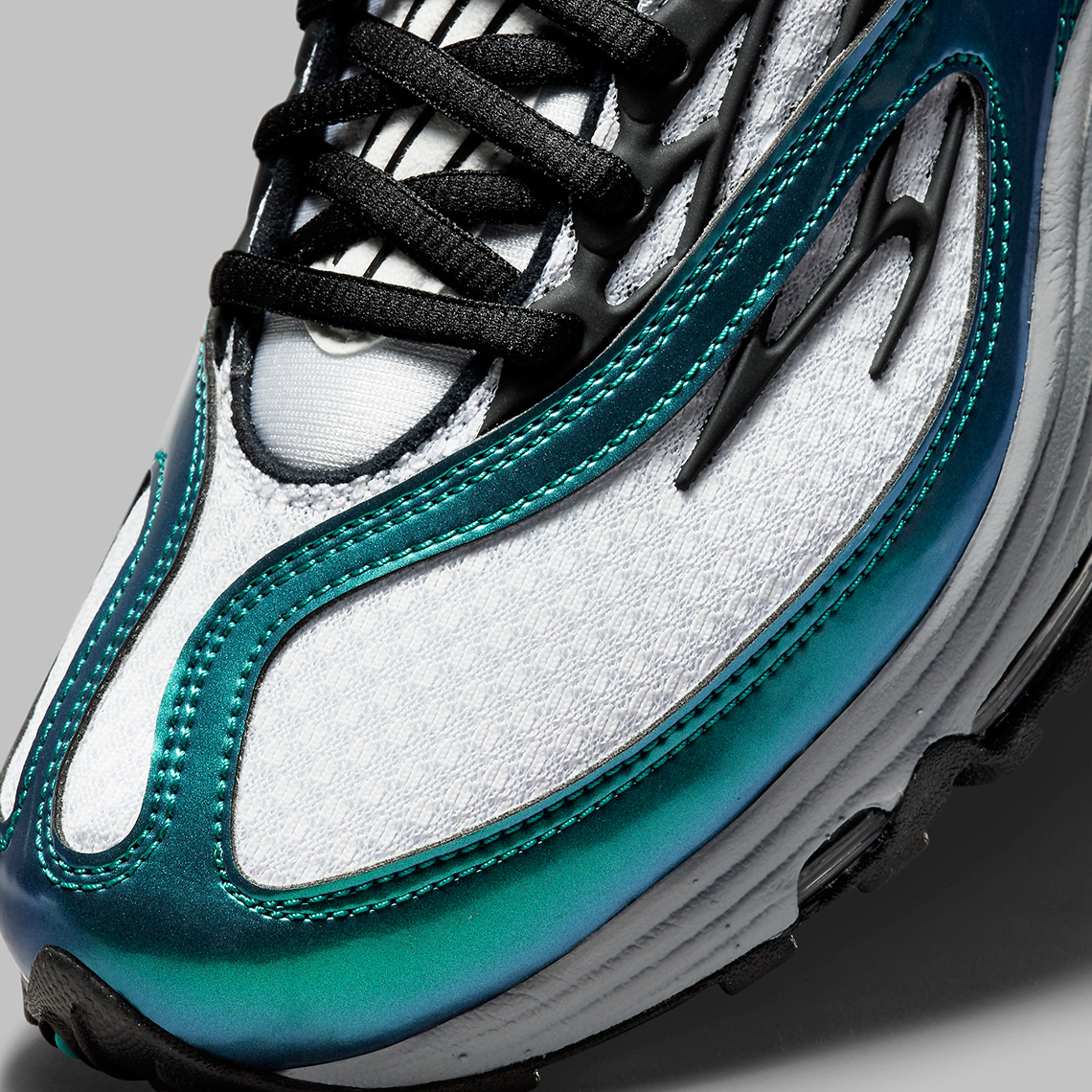 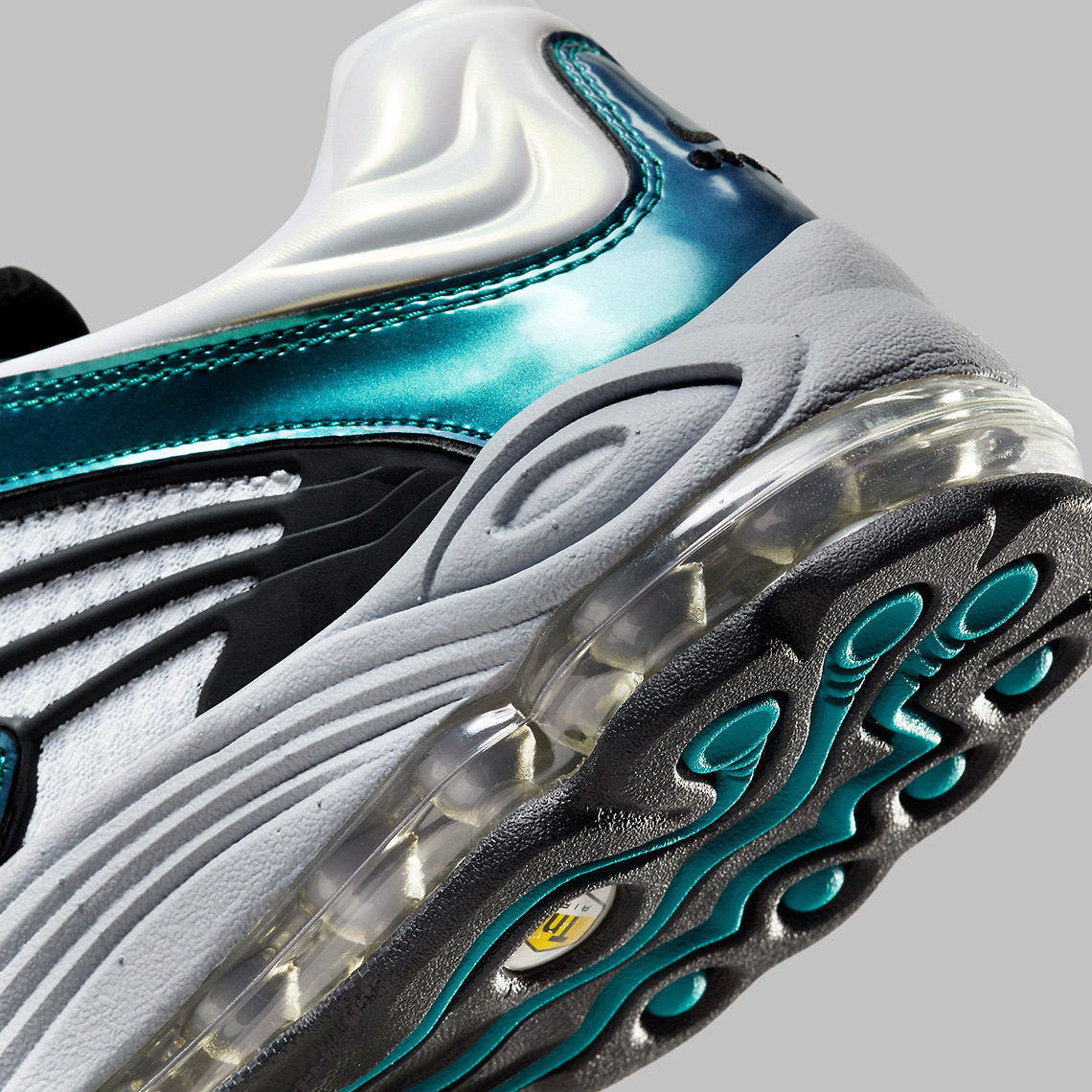