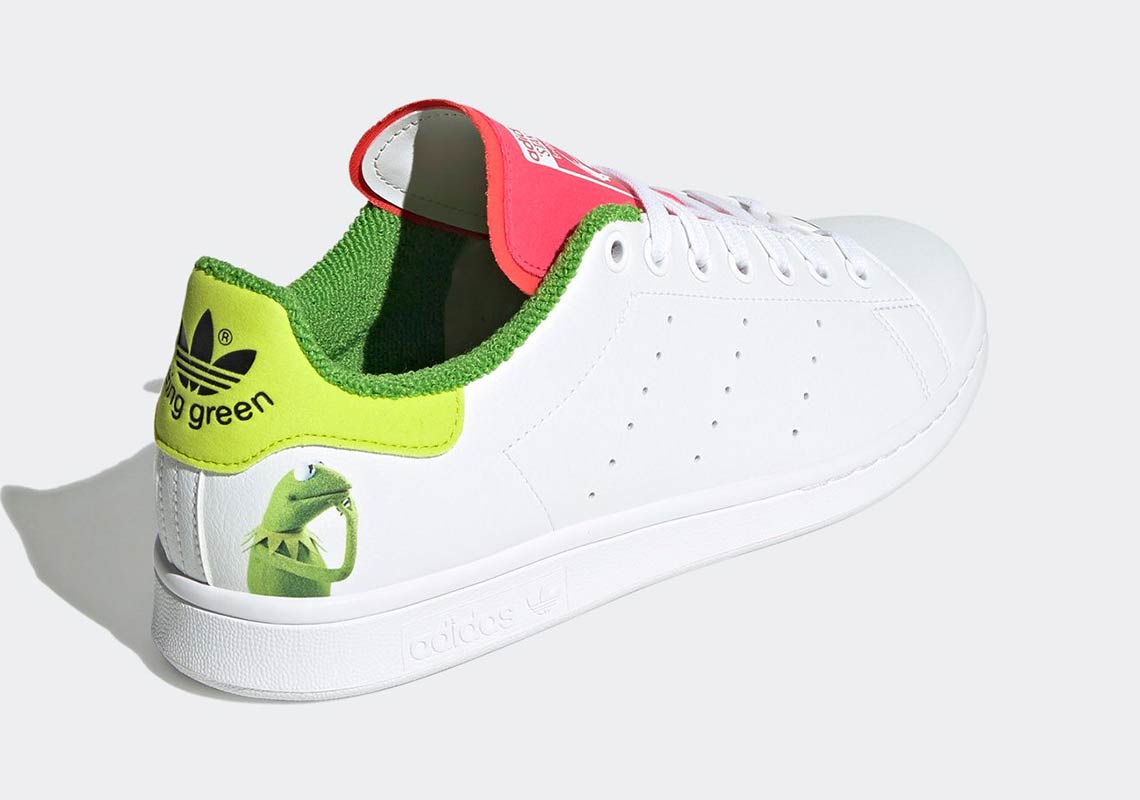 When you think “Green,” only so few come to mind. Other than Shrek and the Hulk, it’s likely you’ve though of Kermit the Frog, the Muppet known for minding his business and sipping tea. After starring on the small and big screen with the series’ colorful cast of stars, the icon is looking to make a name for himself via footwear. And adidas has given him that opportunity, providing the equally beloved Stan Smith for collaboration.

This isn’t the first time Kermit has dressed the silhouette. In the past, he’s had two, but both pale in comparison to this upcoming colorway. Here, the base is kept its usual white, defaced little save for at the heel with the image of the frontman himself. This homage continues even further by way of the collar, whose plush cloth lining resembles the texture and tone of the green puppet. Heel tabs follow suit, though they arrive much lighter to contrast the “being green” text and trefoil that brand atop. While the tongue features logos of its own, its most standout feature is its pink, tongue-reminiscent coloring.

Grab a good look at all the details below. A release, according to adidas Japan, is due to arrive on April 8th. It’s possible that adidas.com here in the US will launch on the same date.

In other news, the Yeezy 700 v3 Kyanite releases this weekend. 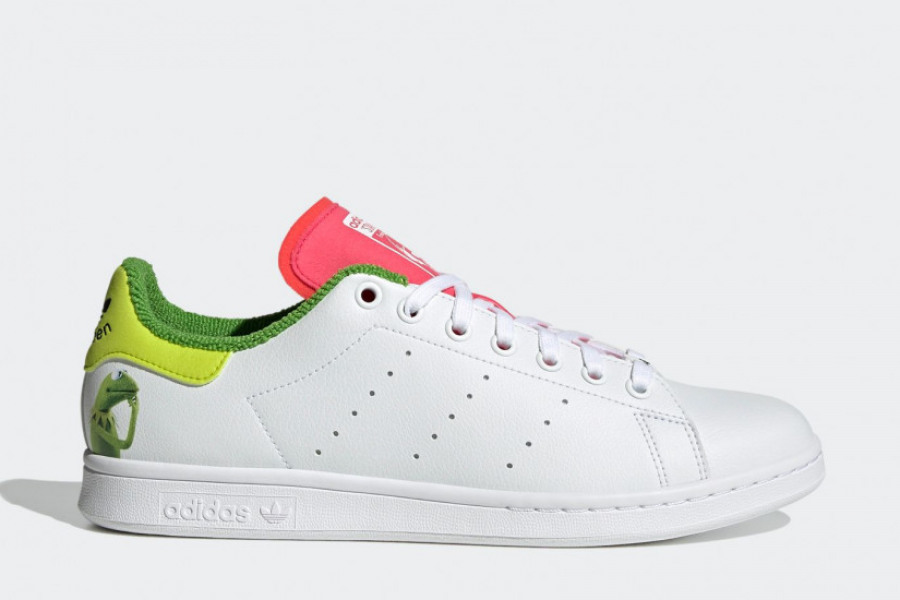 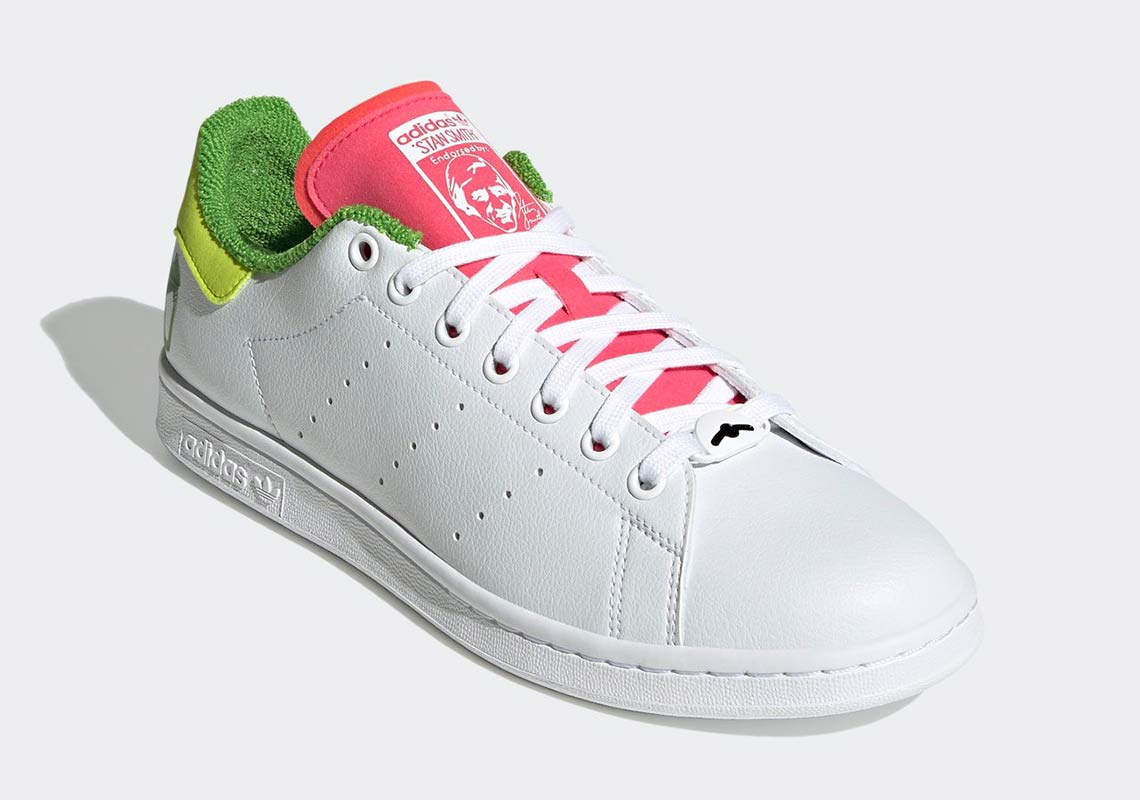 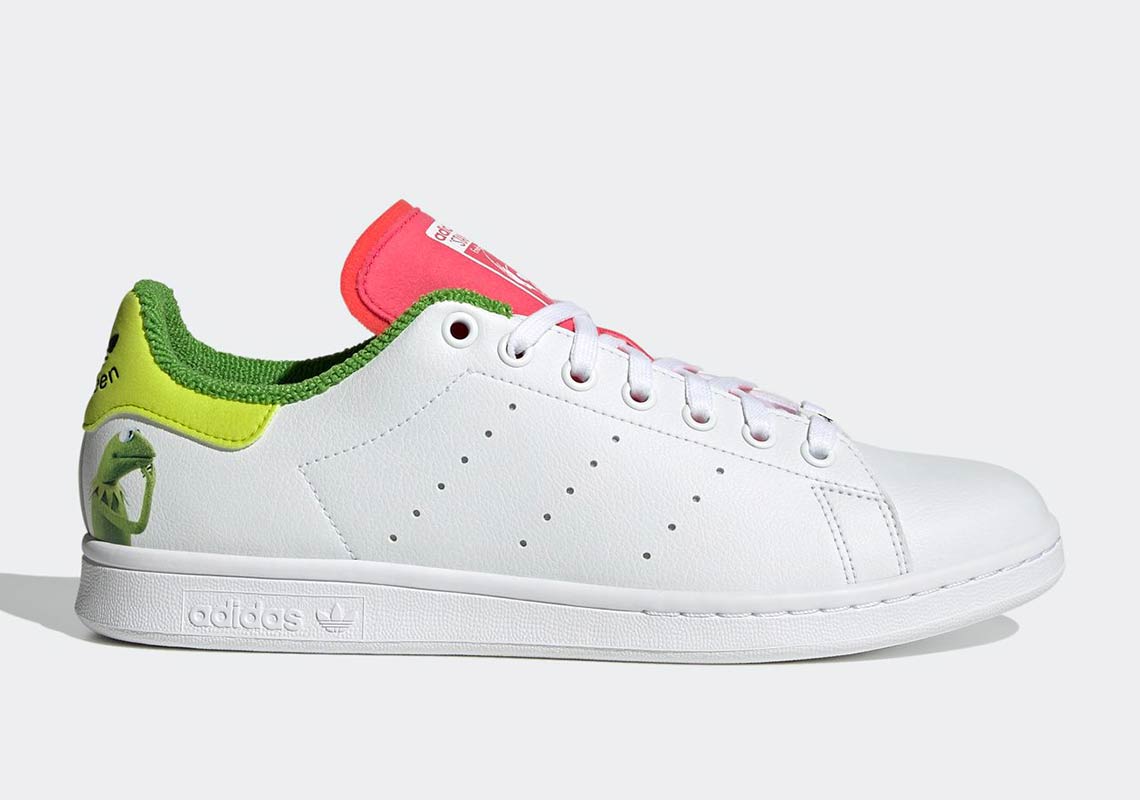 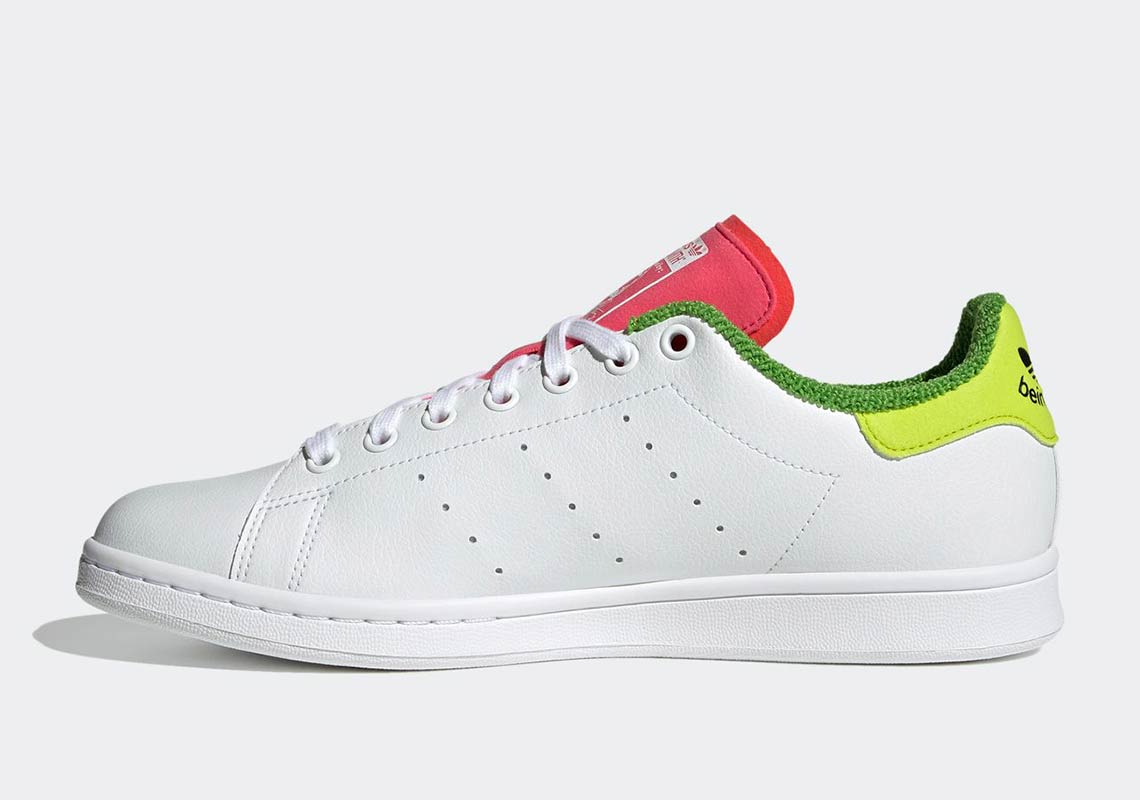 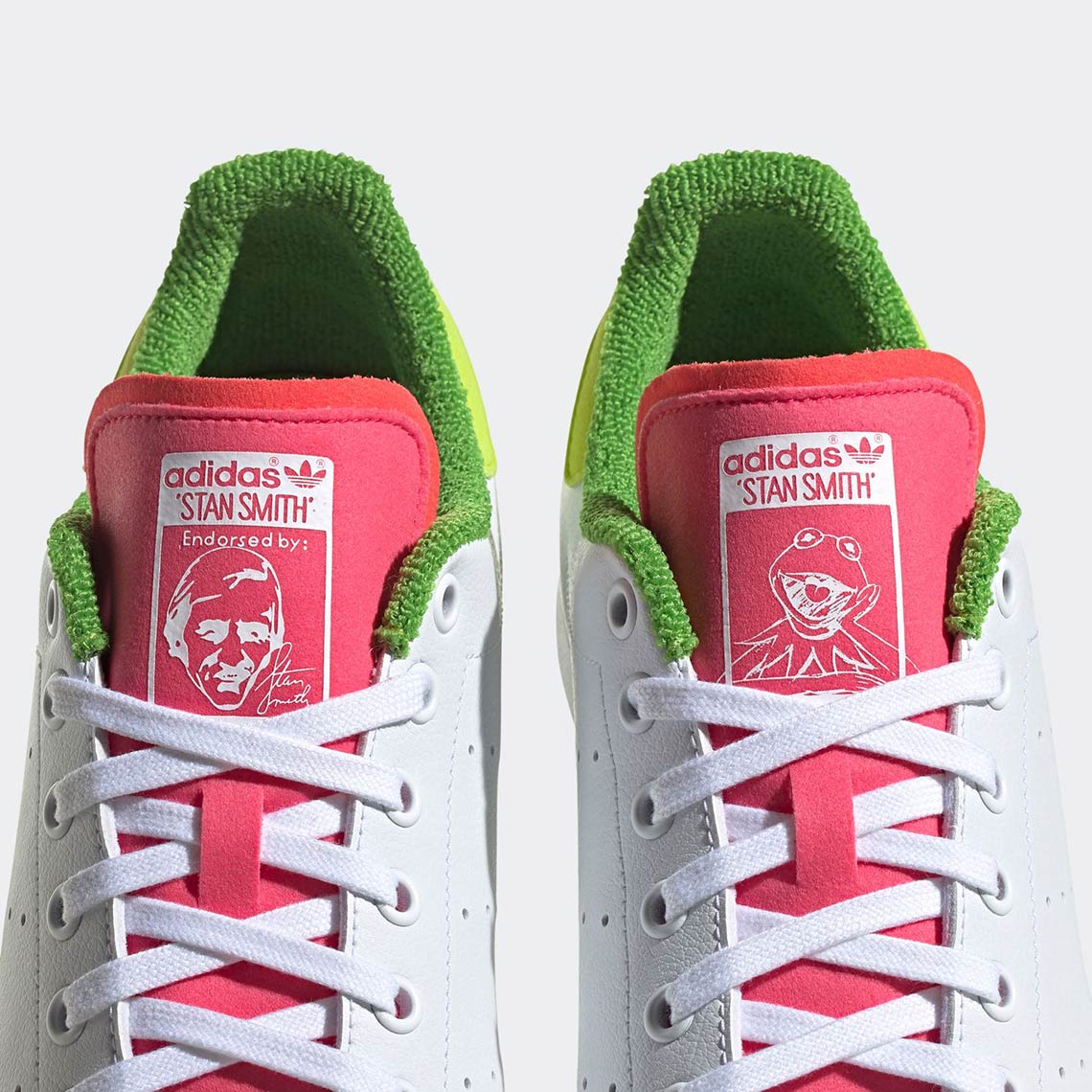 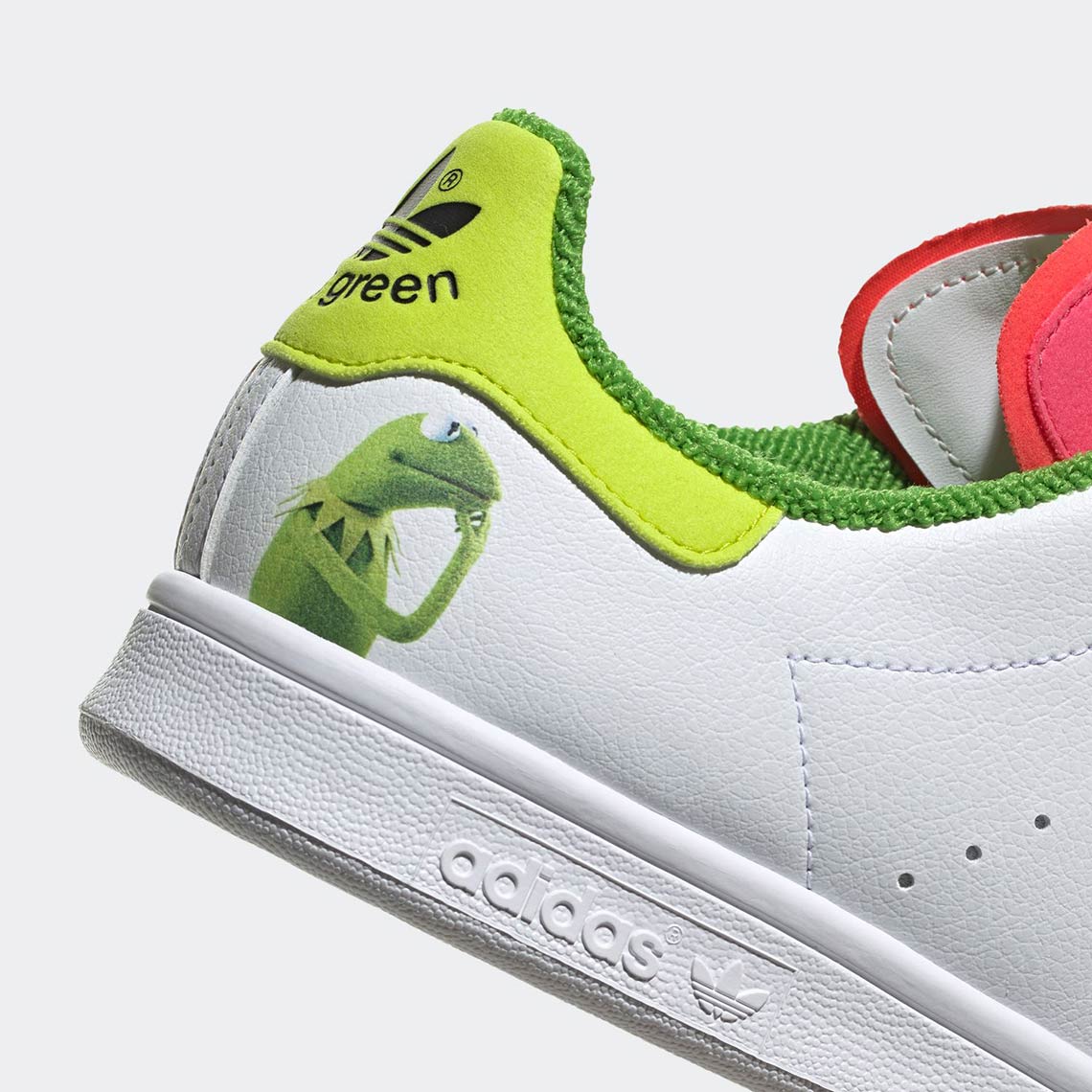 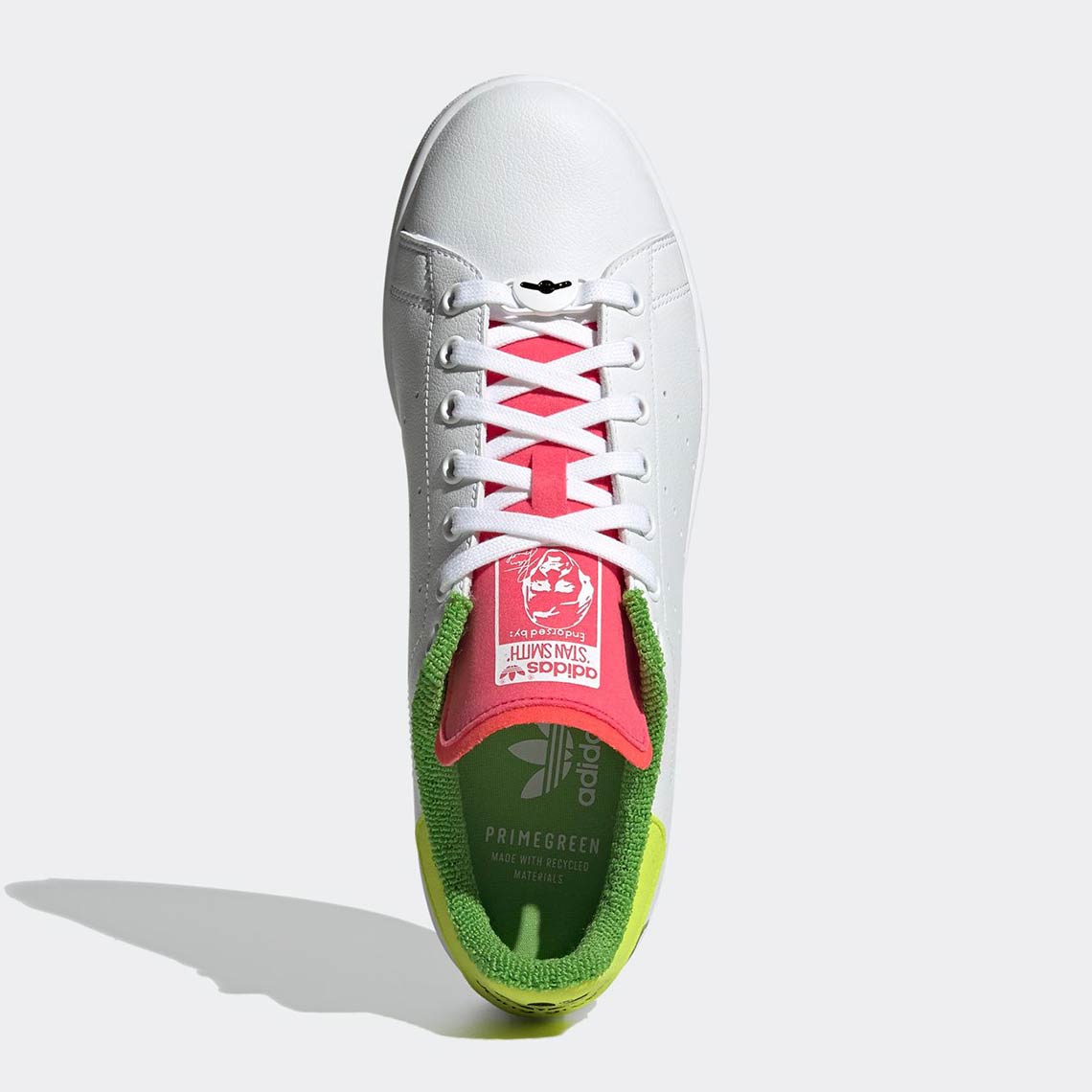 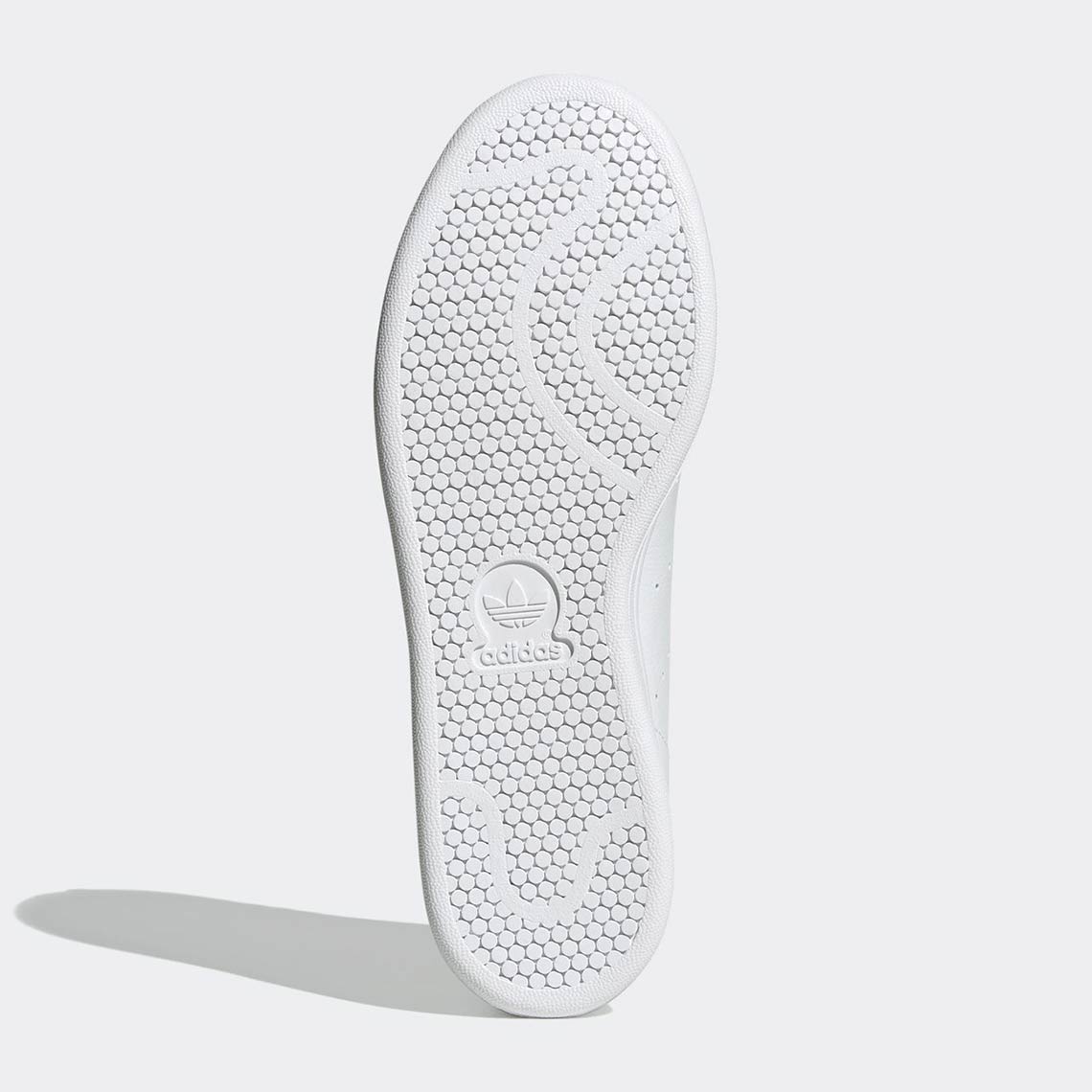