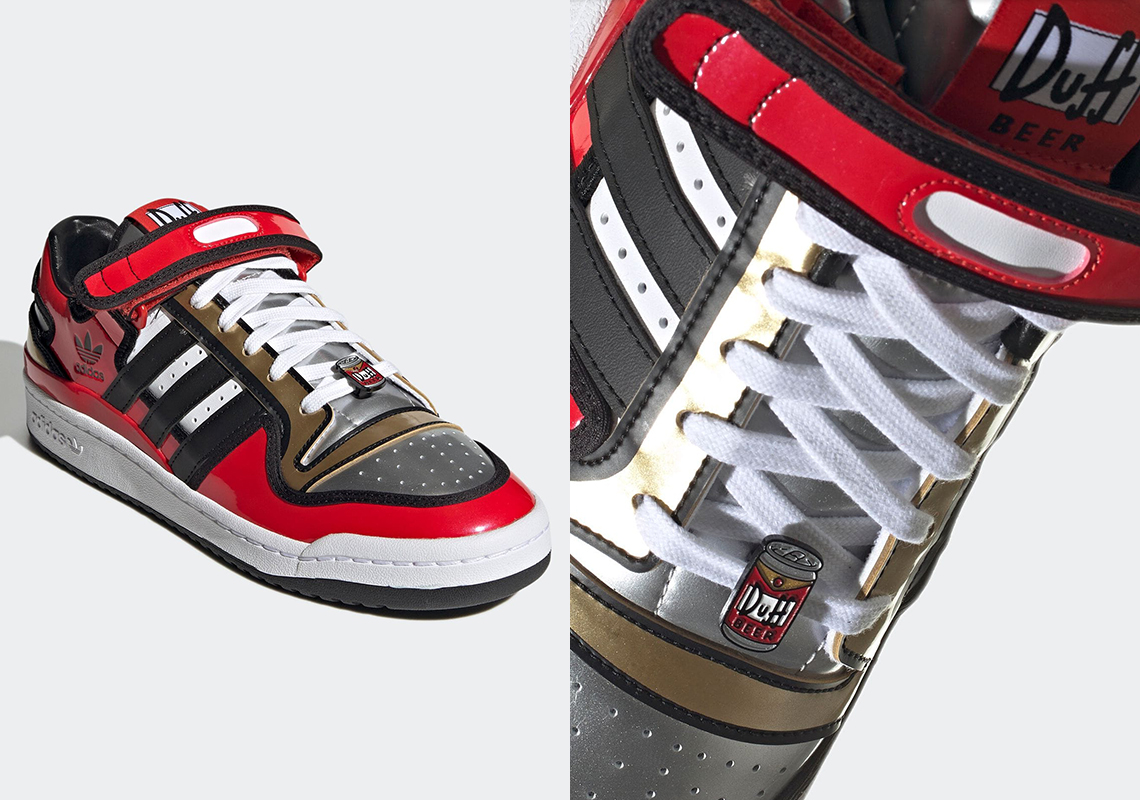 Duff Beer is the latest fictional food item of The Simpsons to swoop in and get an individual sneaker in the ongoing partnership with adidas. Appearing on the brand’s shoe of the moment, Duff Beer has served as an intergral prop in The Simpsons universe, often appearing alongside Homer Simpson in his home and at Moe’s Tavern. The drink itself spawned a new character Duff Man; he was designed to represent the cliche corporate pitchmen typically used by the alcohol and tobacco industry.

This adidas Forum Lo is designed to mimic  an aluminum beer can as  it features a glossy synthetic exterior in red, gold, and silver, with the thick black piping continuing the illustrative effect seen in the other Simpsons adidas shoes. The brewery’s logo appears on the tongue, while the can itself is front  and center as a lace dubrae. No confirmation on a release of a “Duff Lite” and “Duff Dry” colorway, but we imagine it’d look exactly the same as you see here.

A release date has not been announced, but these could arrive as soon as April, which is when the Squishee Superstars are dropping. 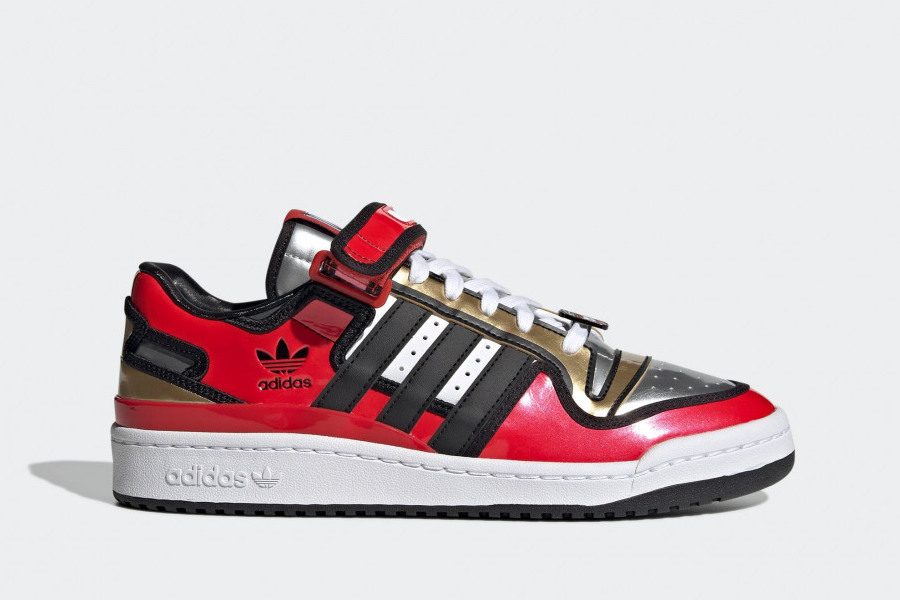 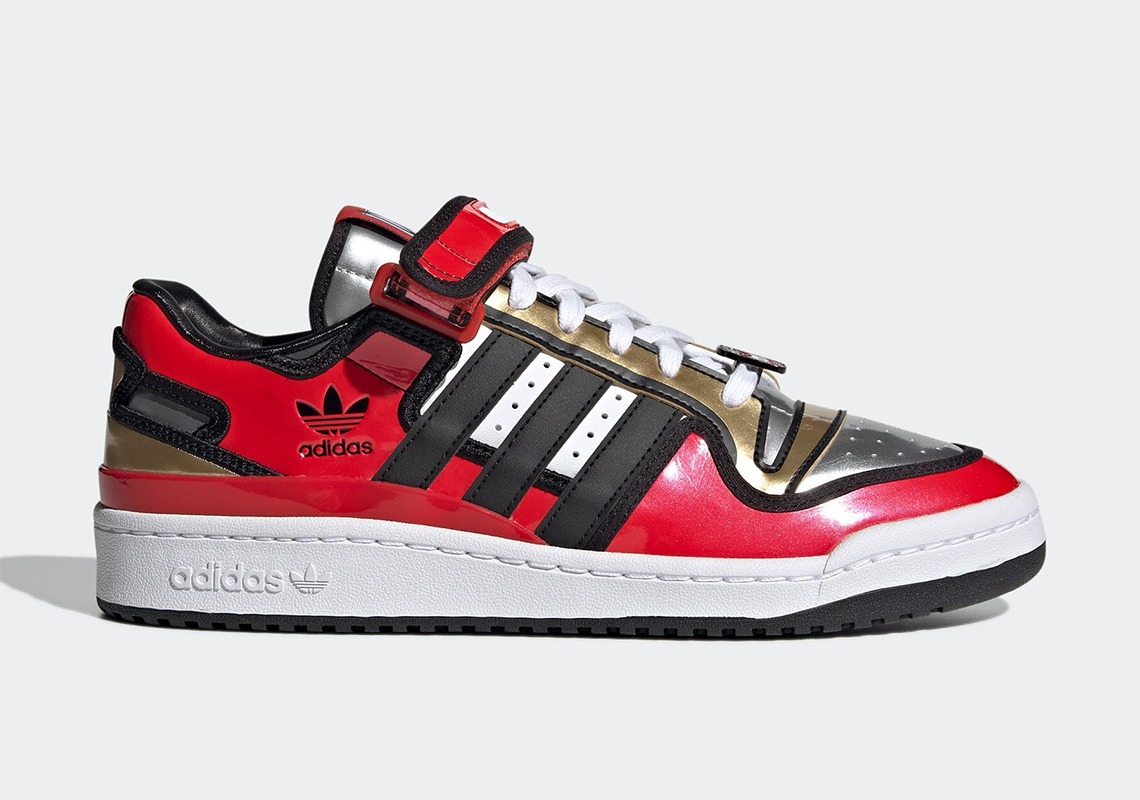 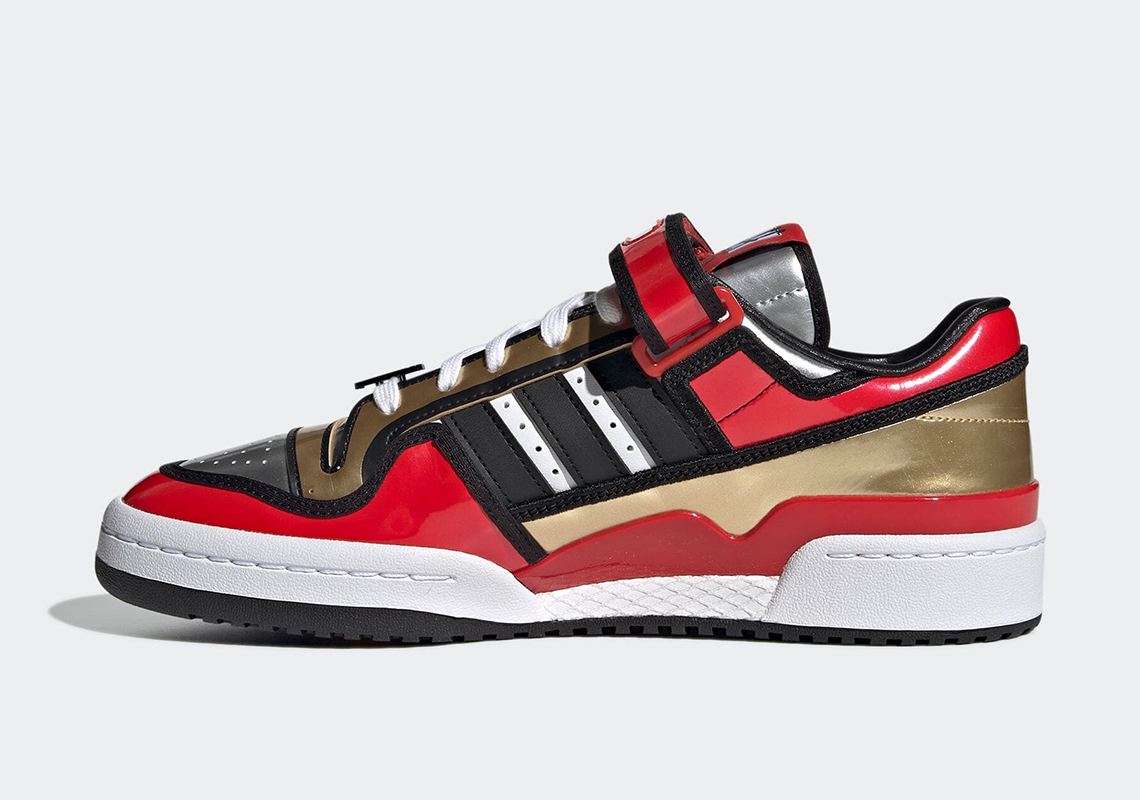 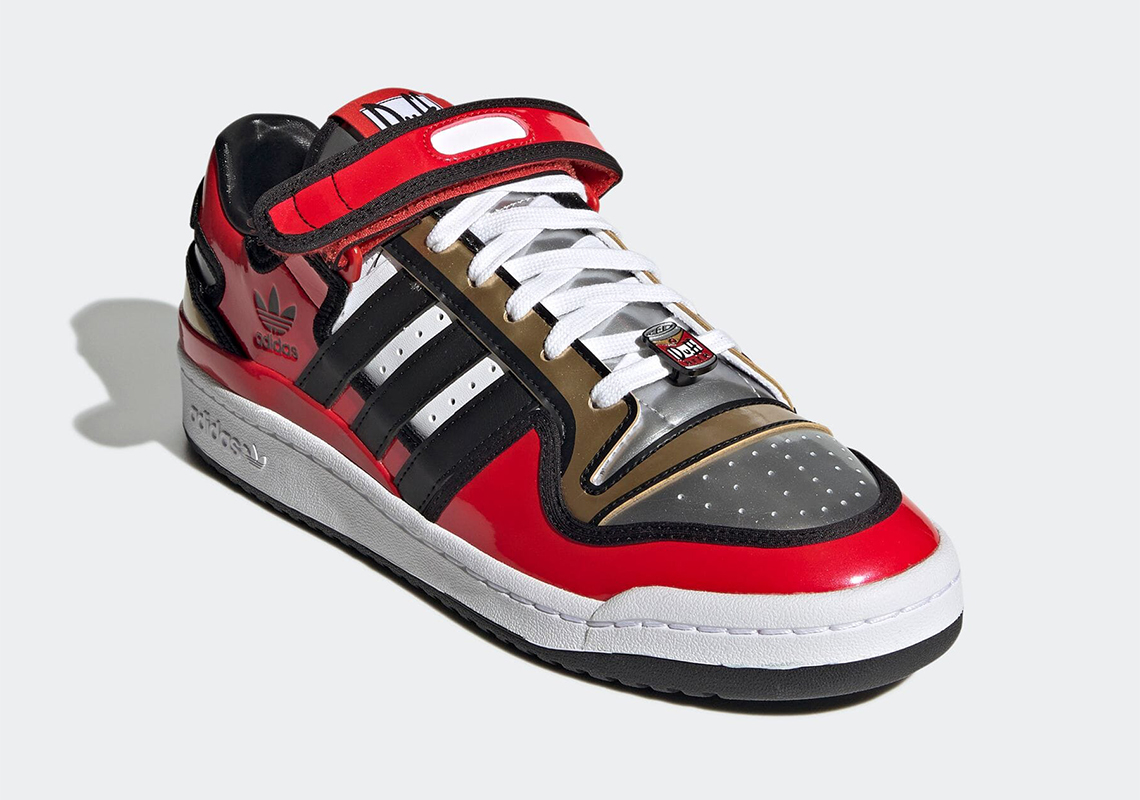 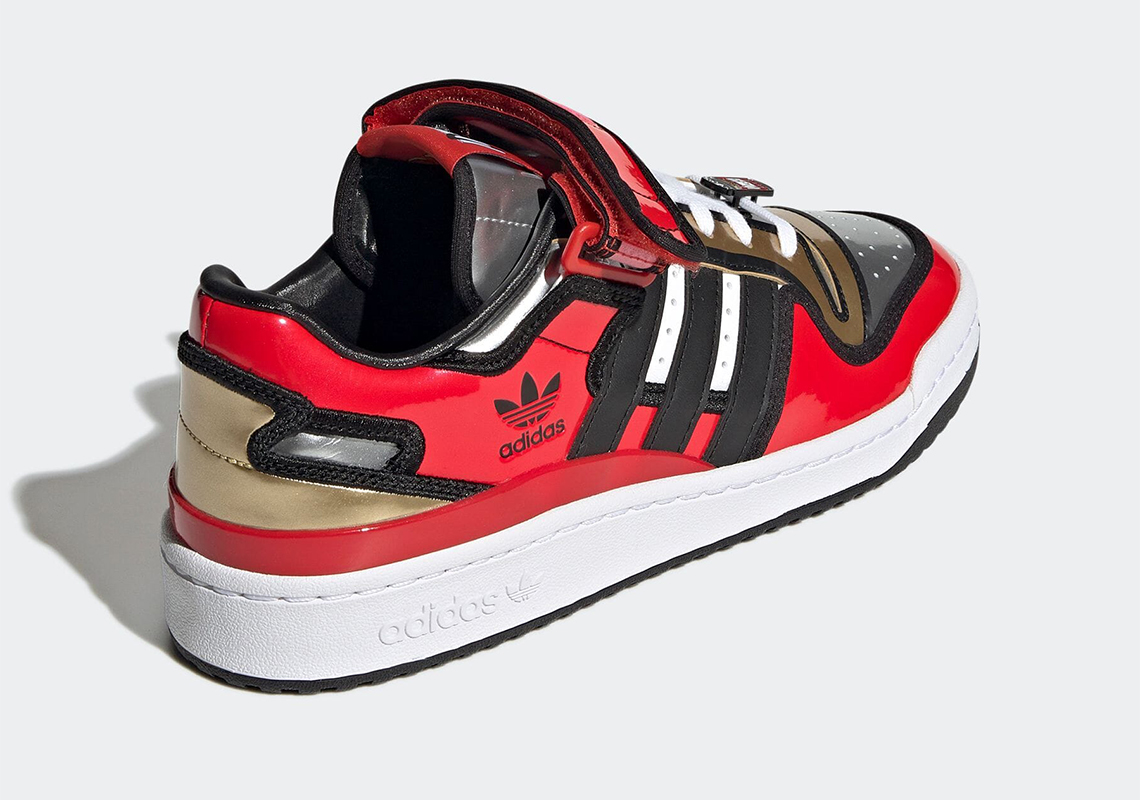 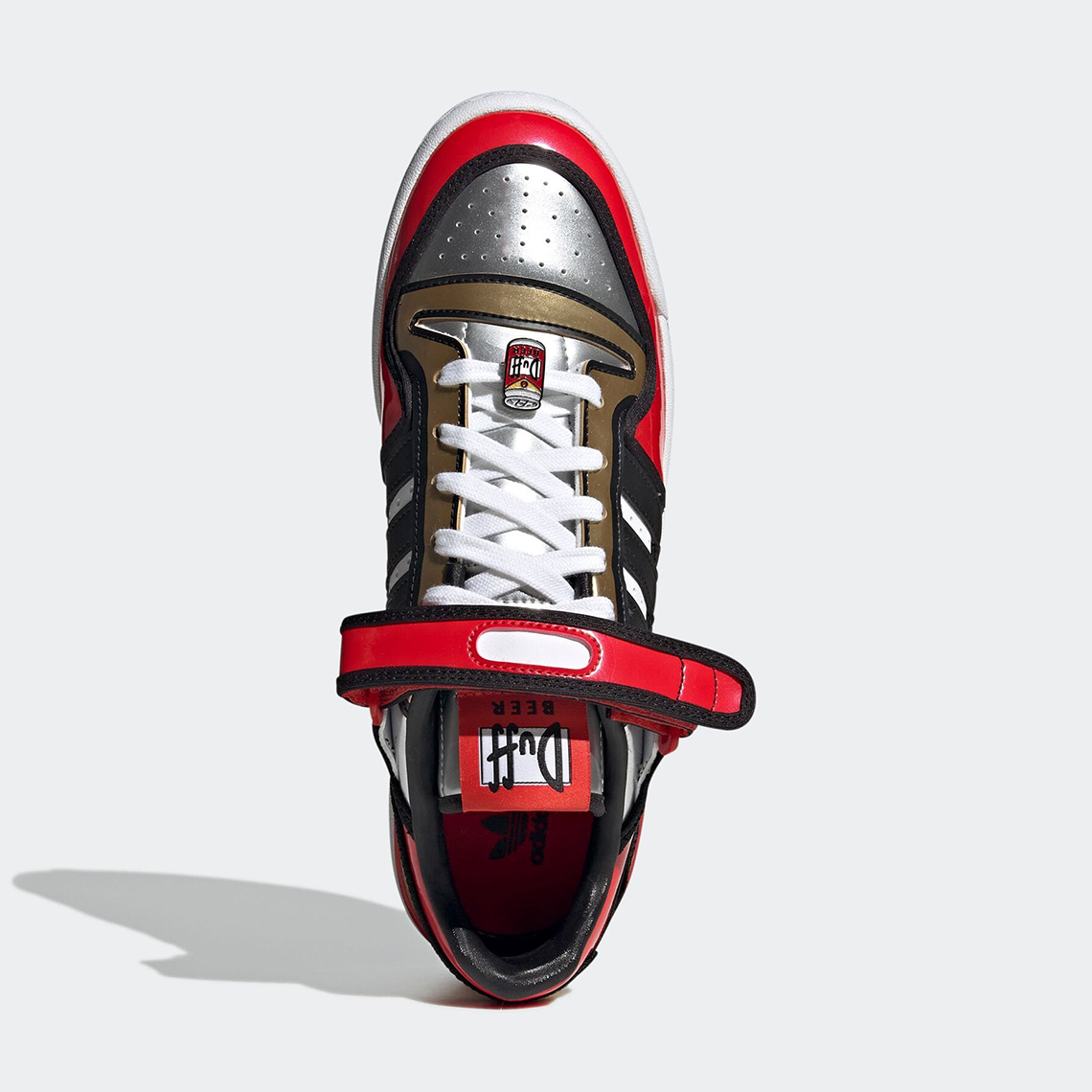 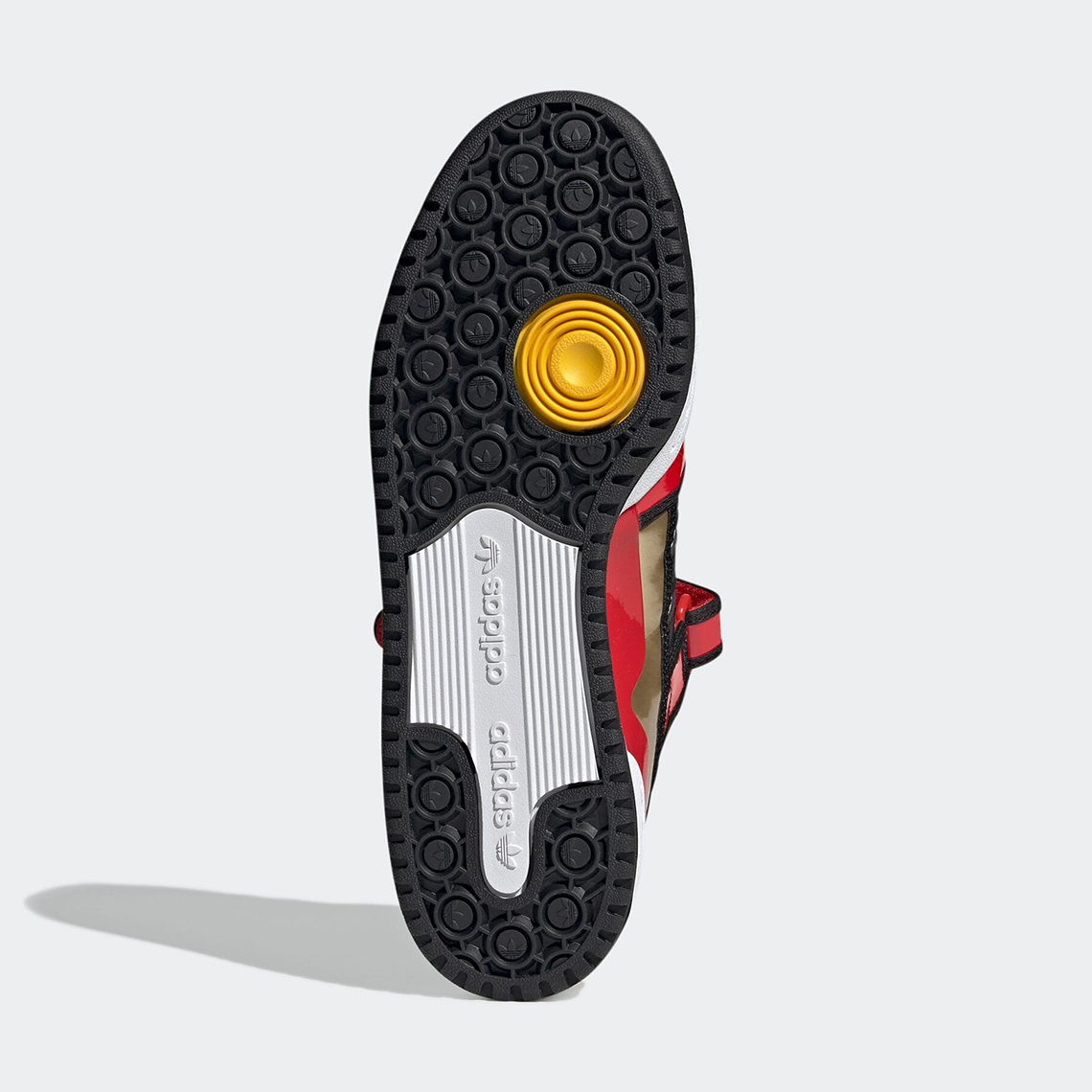 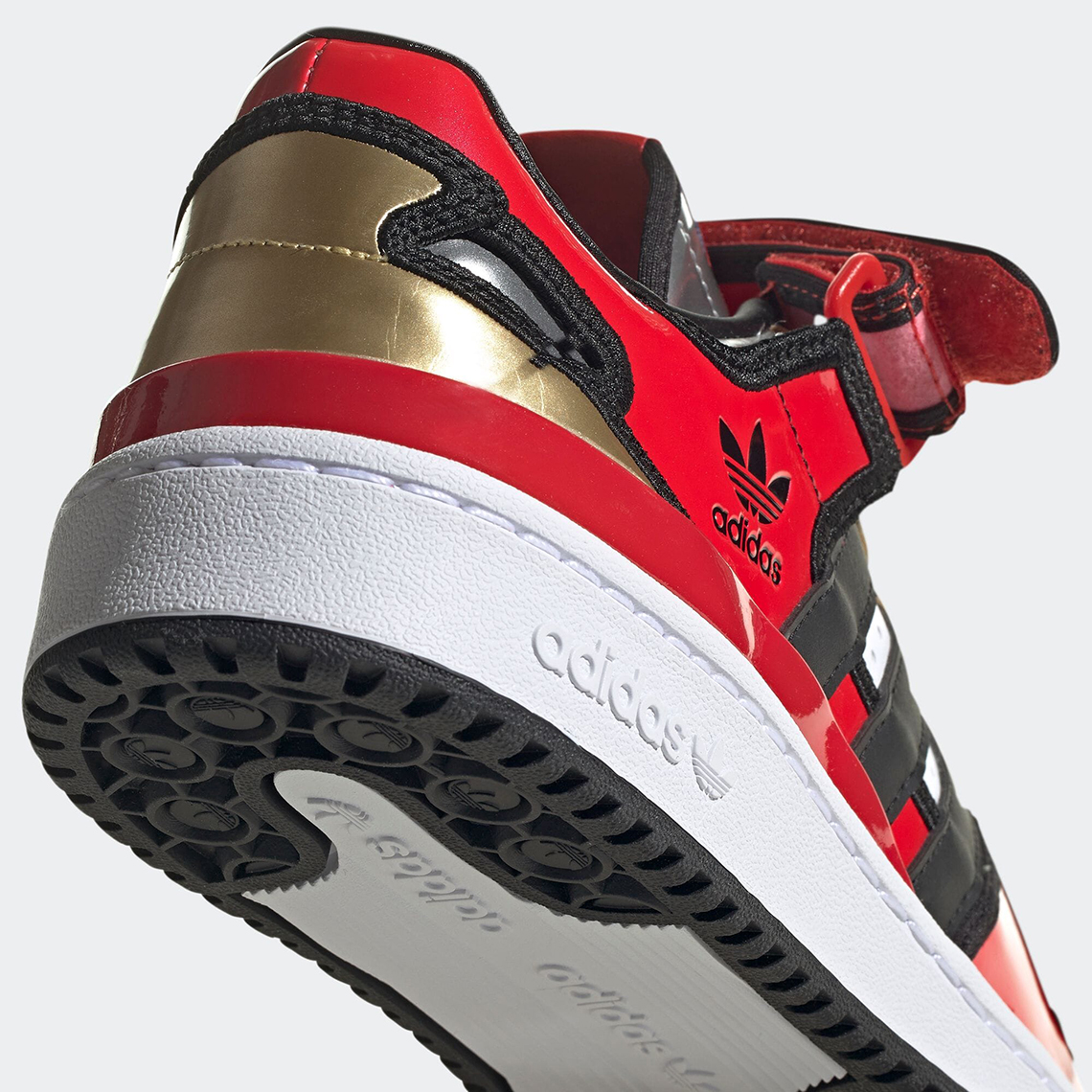 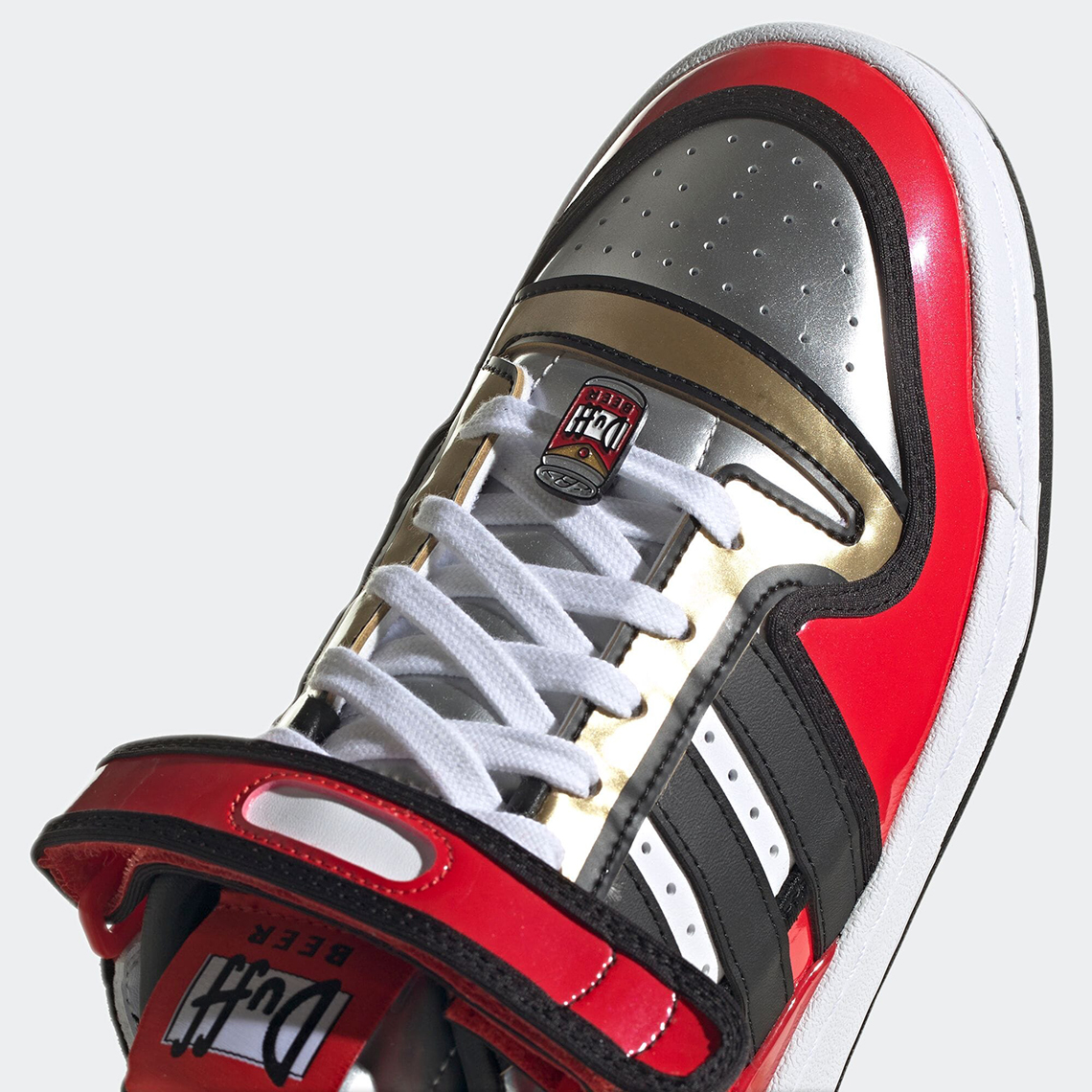