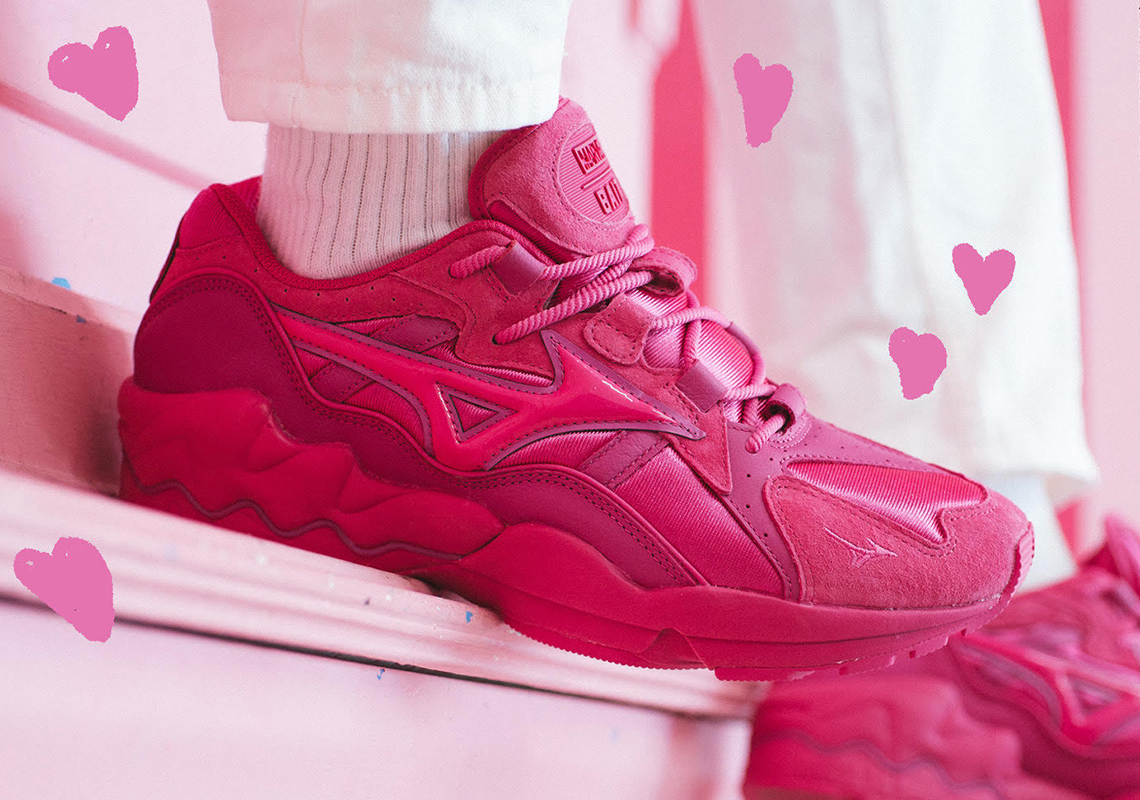 Adding a smidge of violence, unrelenting deadpan humor, and the occasional breakage of the fourth wall, Deadpool’s arrival to the silver screen shook up the world of over-produced superhero films. Thanks to Ryan Reynold’s made-for-the-role portrayal of the villainous hero (or heroic villain, depending on how you see it), Deadpool and its cinematic style  is arguably the the future of the genre as The Avengers wrapped up their voluminous epic with the record-shattering Endgame.

While we won’t see the mercenary on the big screen for a while (Deadpool 3 is years away), BAIT is keeping the love alive with an upcoming collaboration with Mizuno and the Wave Rider 1 silhouette. Inspired by Deadpool’s odd and slightly unsettling obsession with unicorns, BAIT transforms the 2000s runner with a monochromatic pink package complete with custom insoles, tongue logos, and heel emblems. The hue exudes the affection he possesses towards the mythical animal, but that connection goes beyond a humorous fetishization; according to the comic book source material, Deadpool clutched a stuffed unicorn doll as a form of therapy during his childhood.

The shoes, as well as a matching hoodie and tee, will release exclusively on BAIT on March 27th in-store and onlinef or $170; BAIT Japan will drop the capsule at a later date. 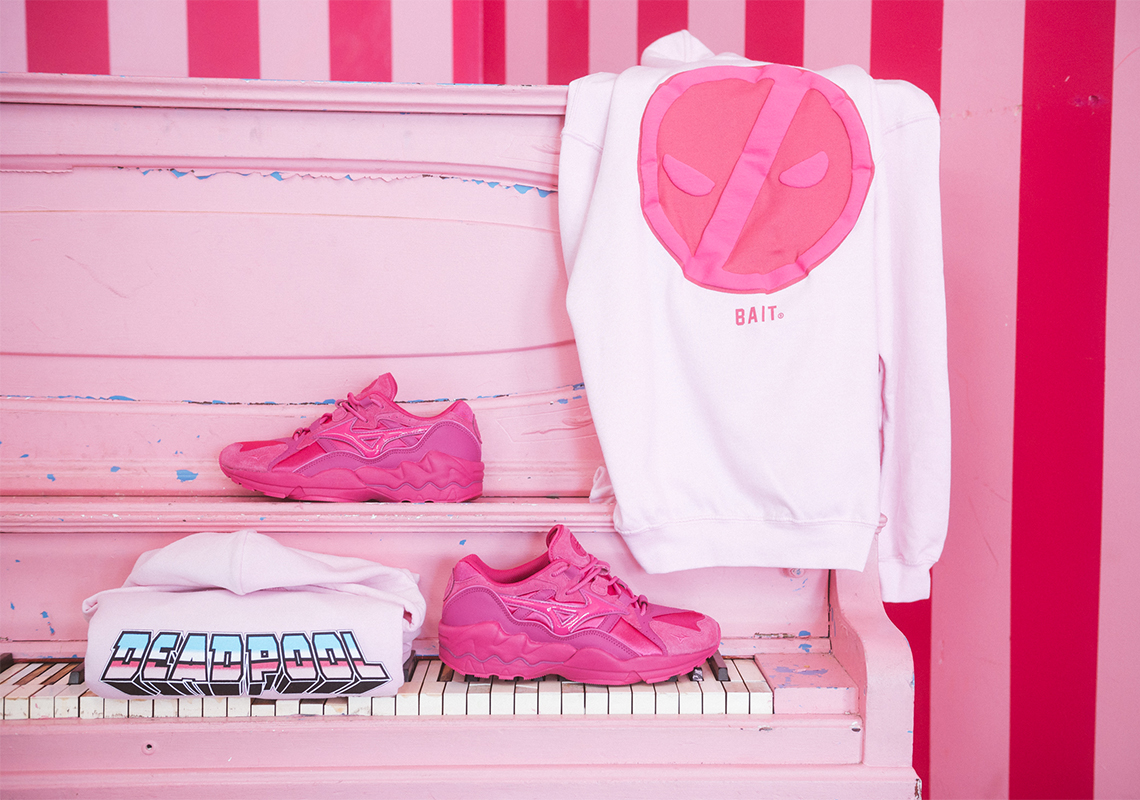 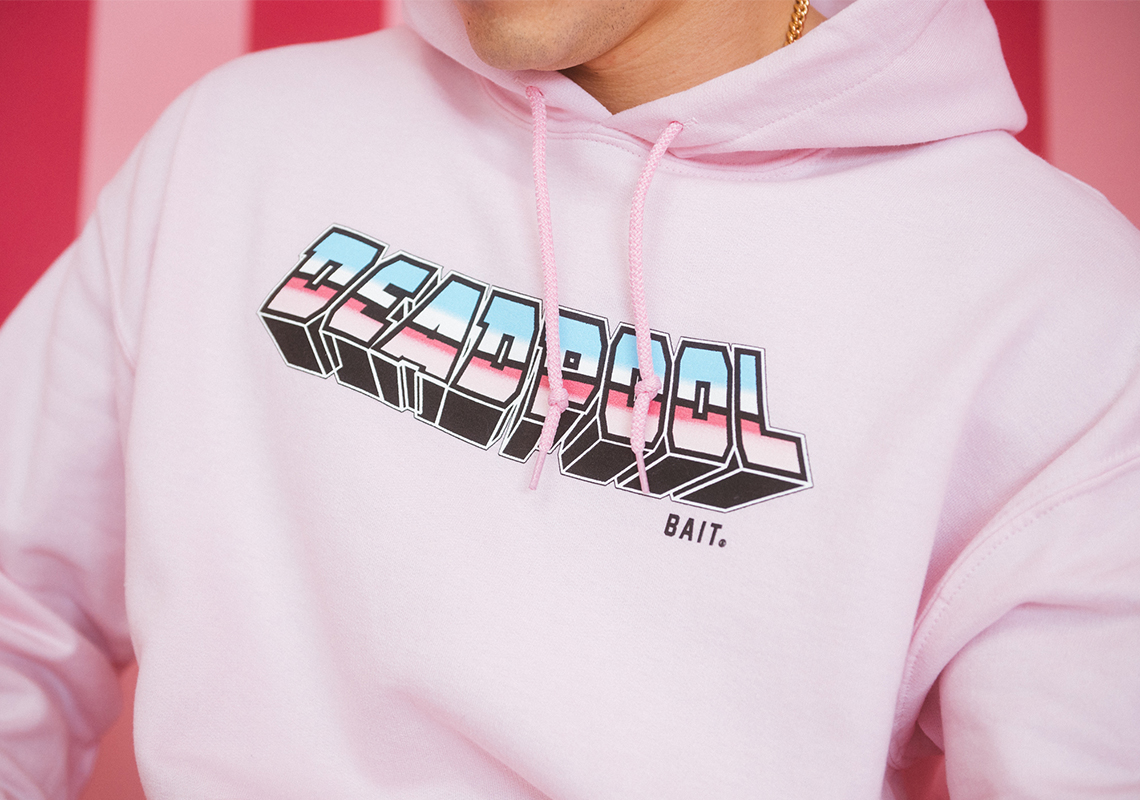 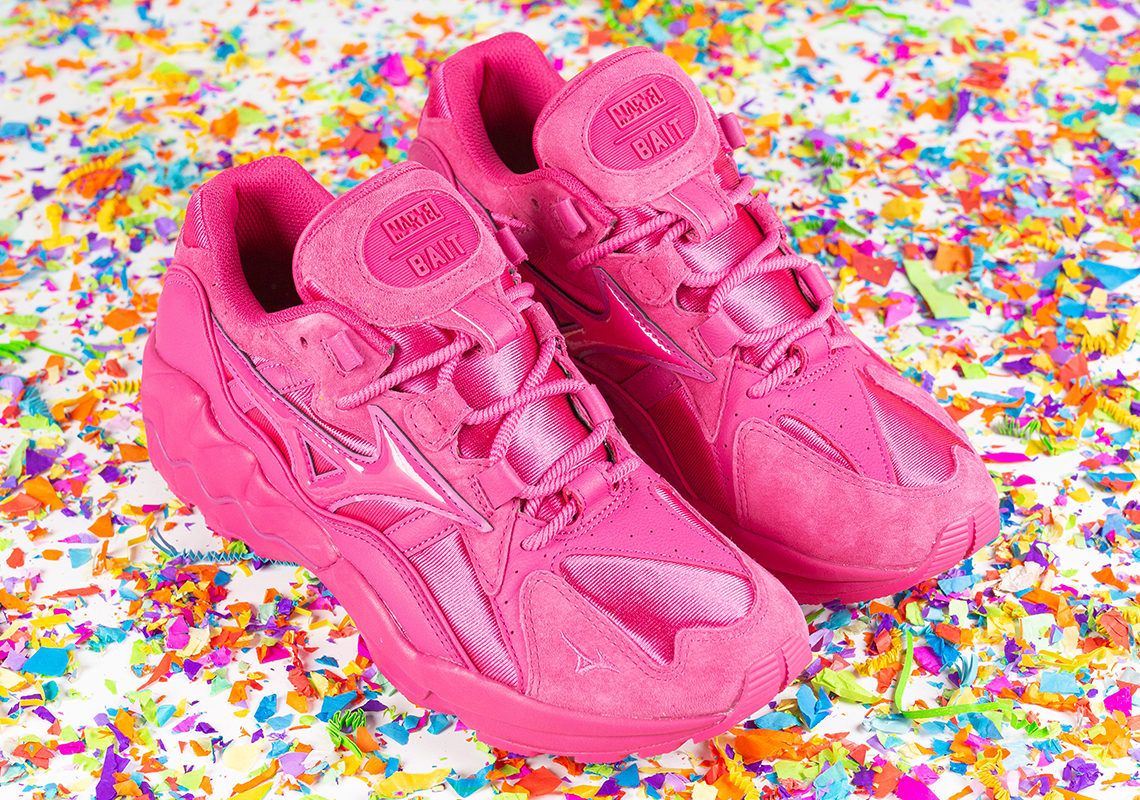 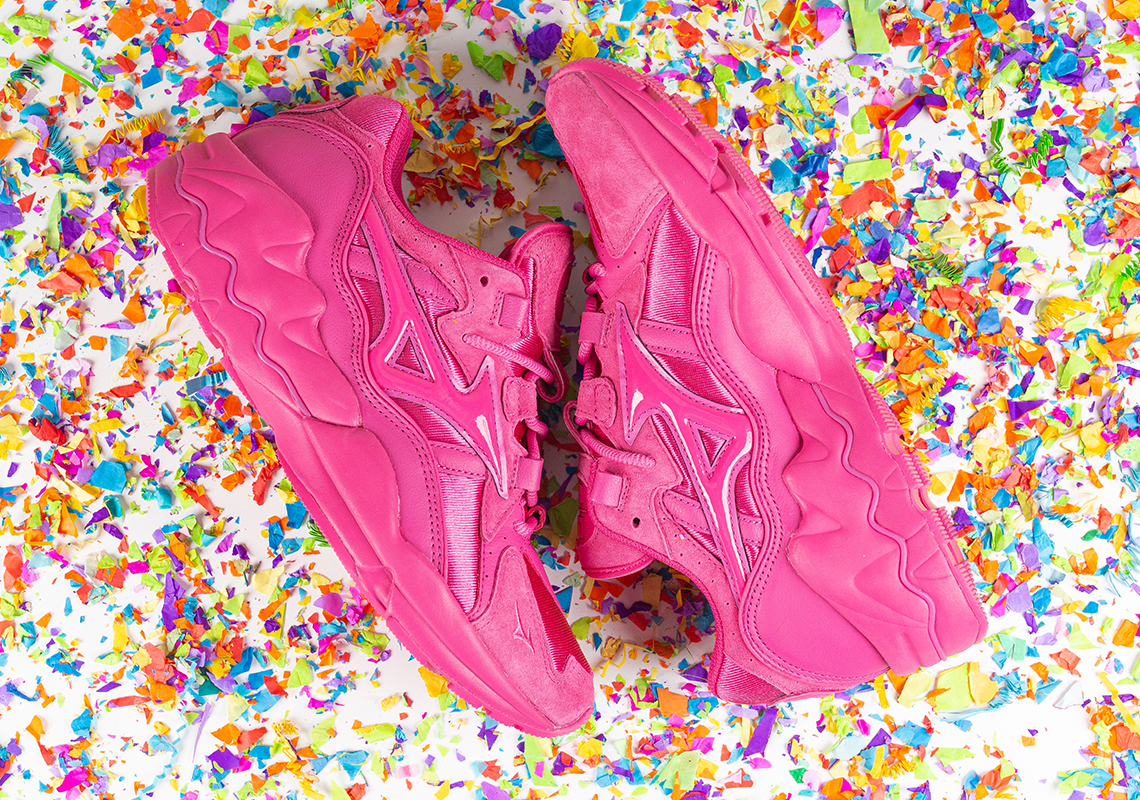 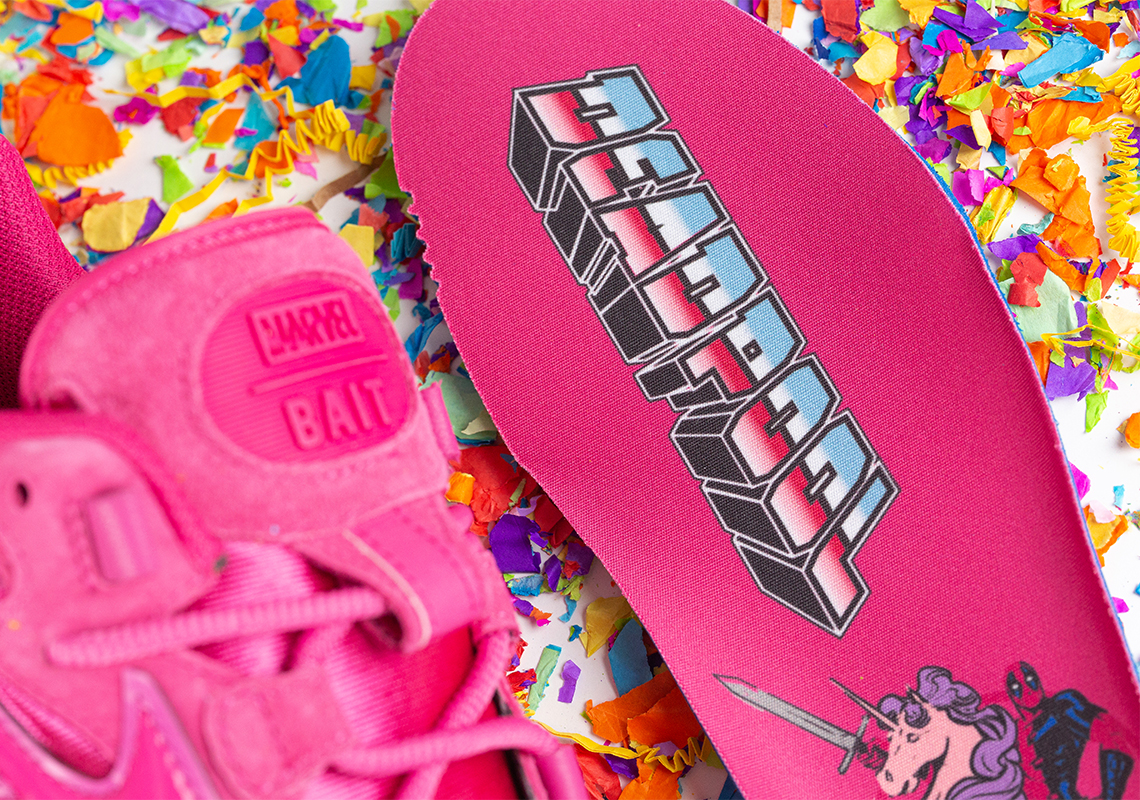 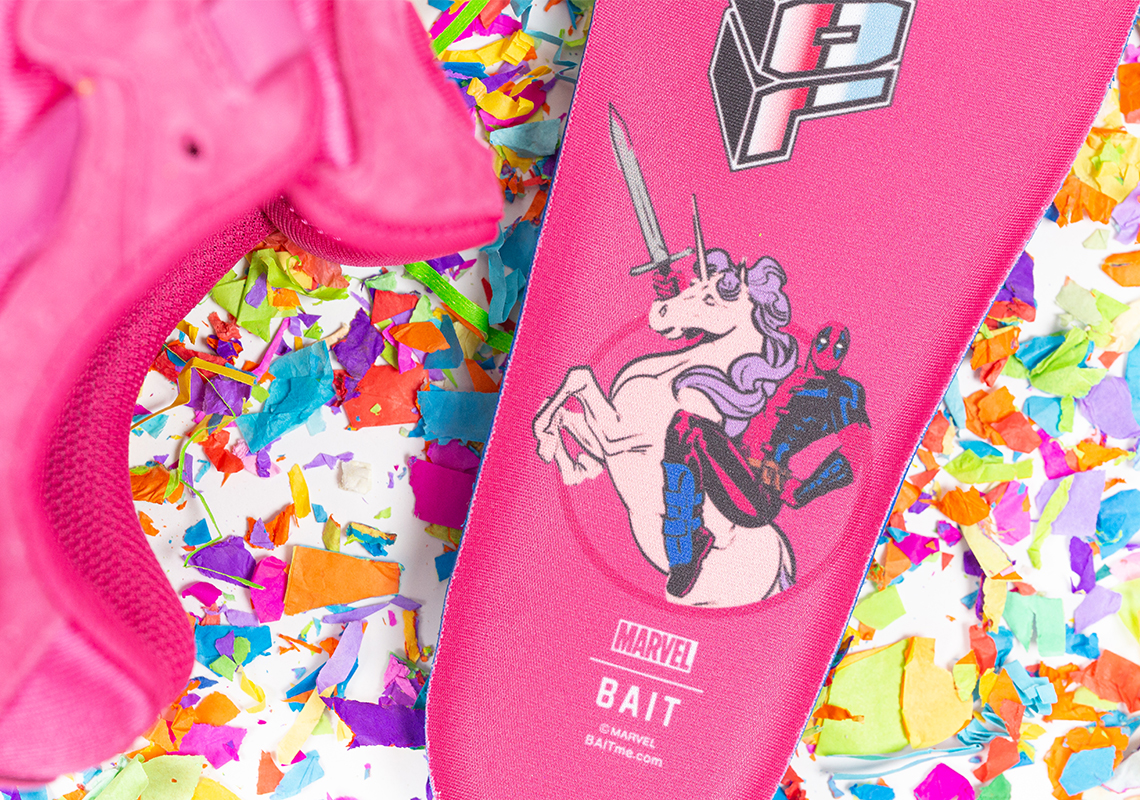 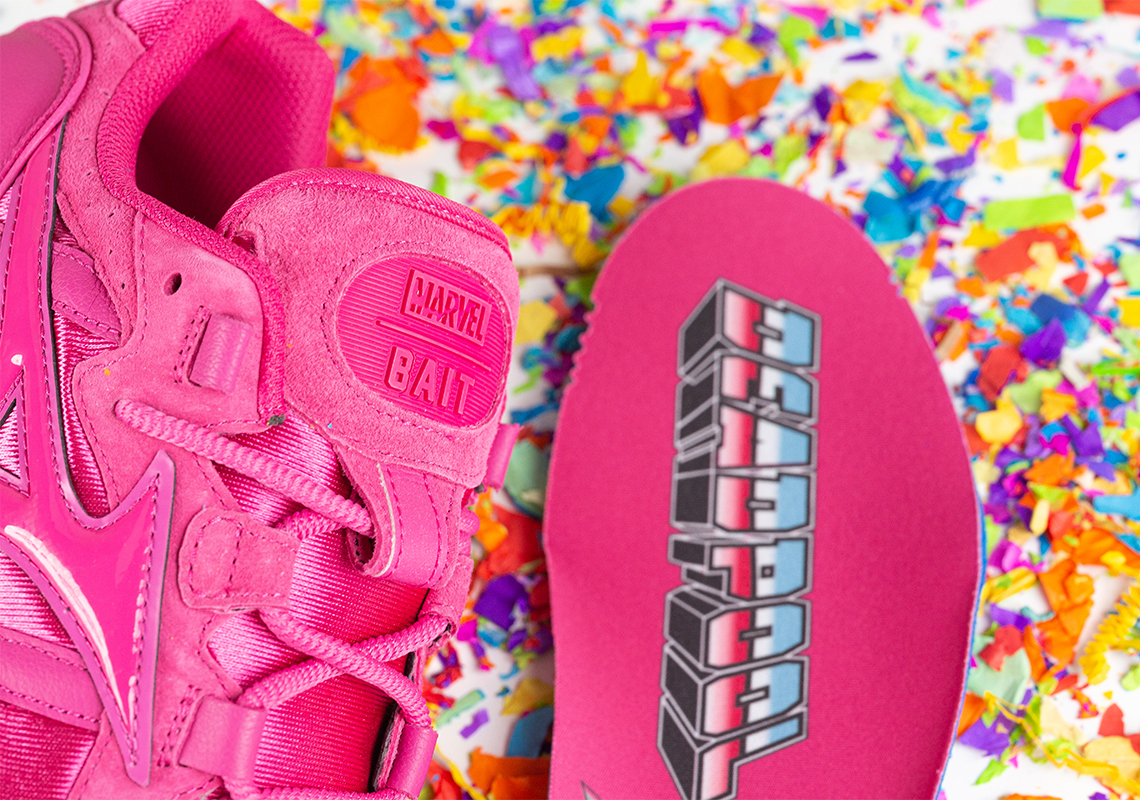 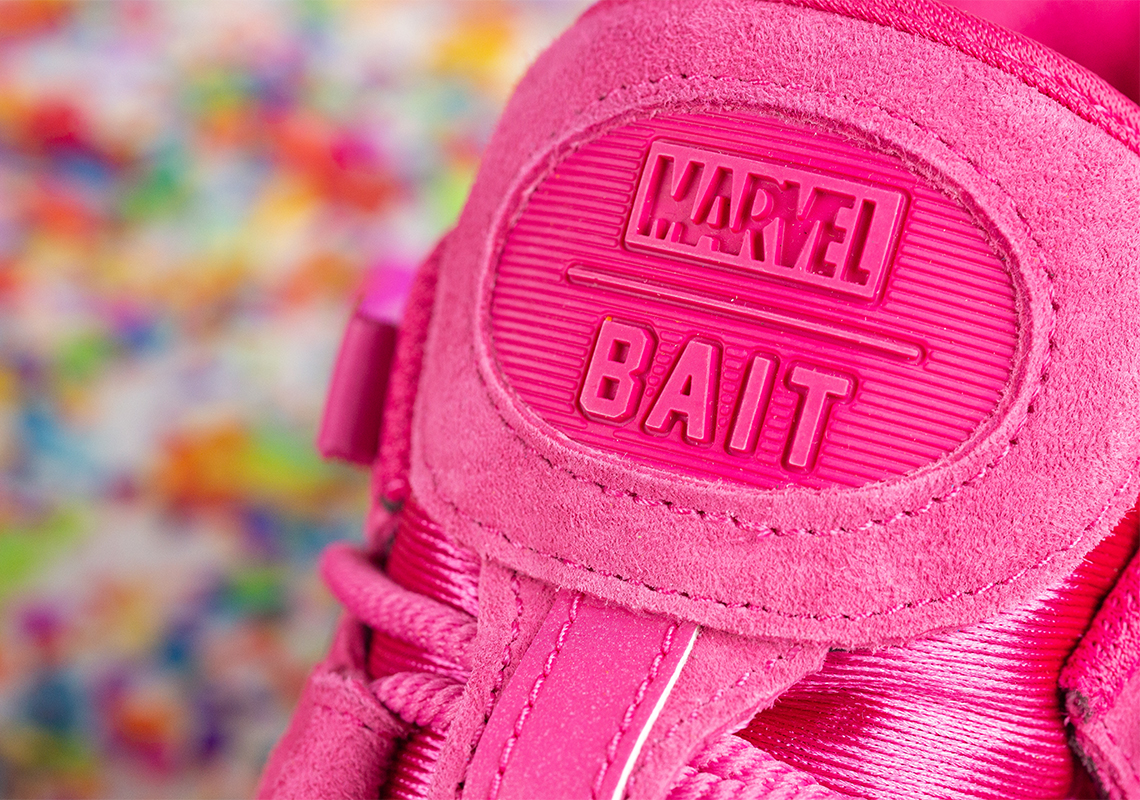 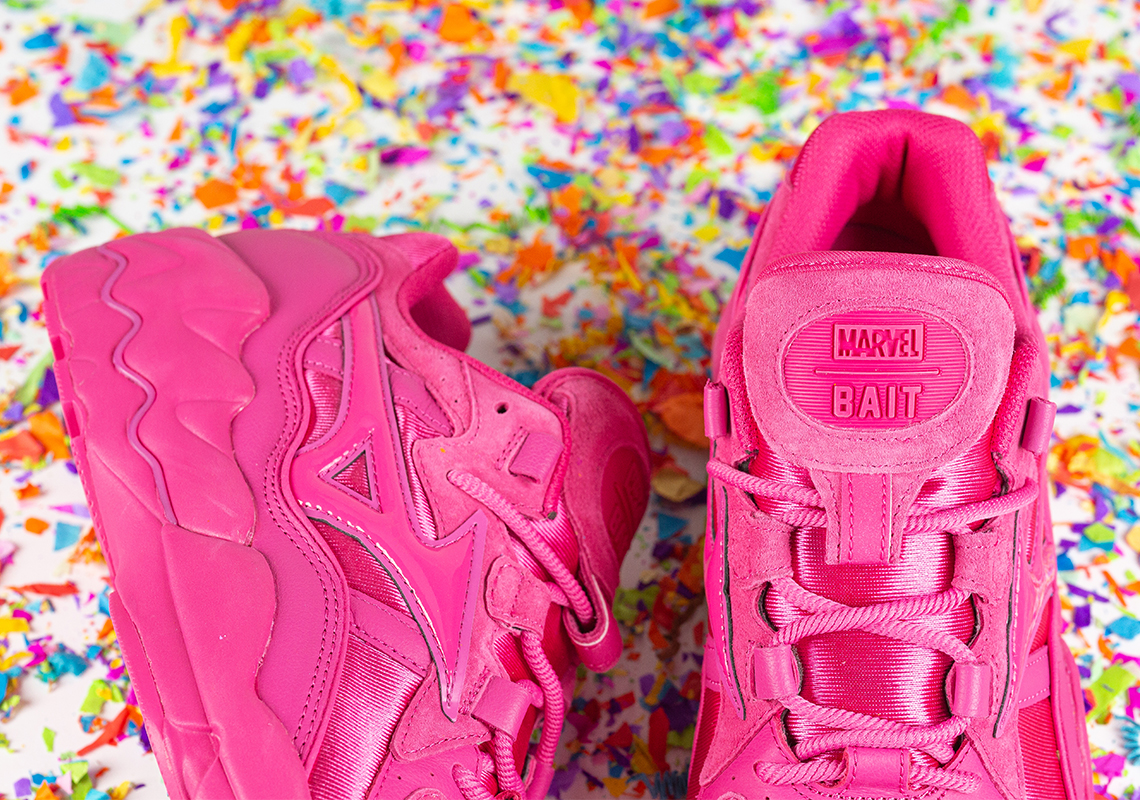 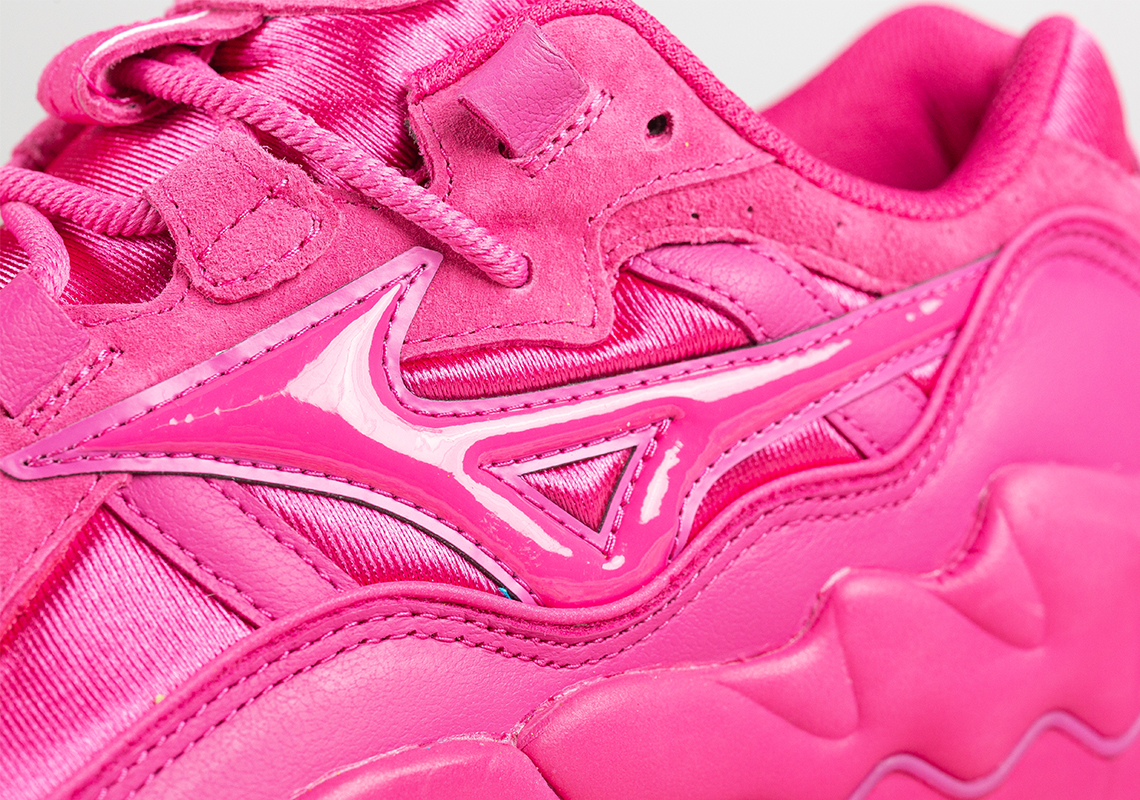 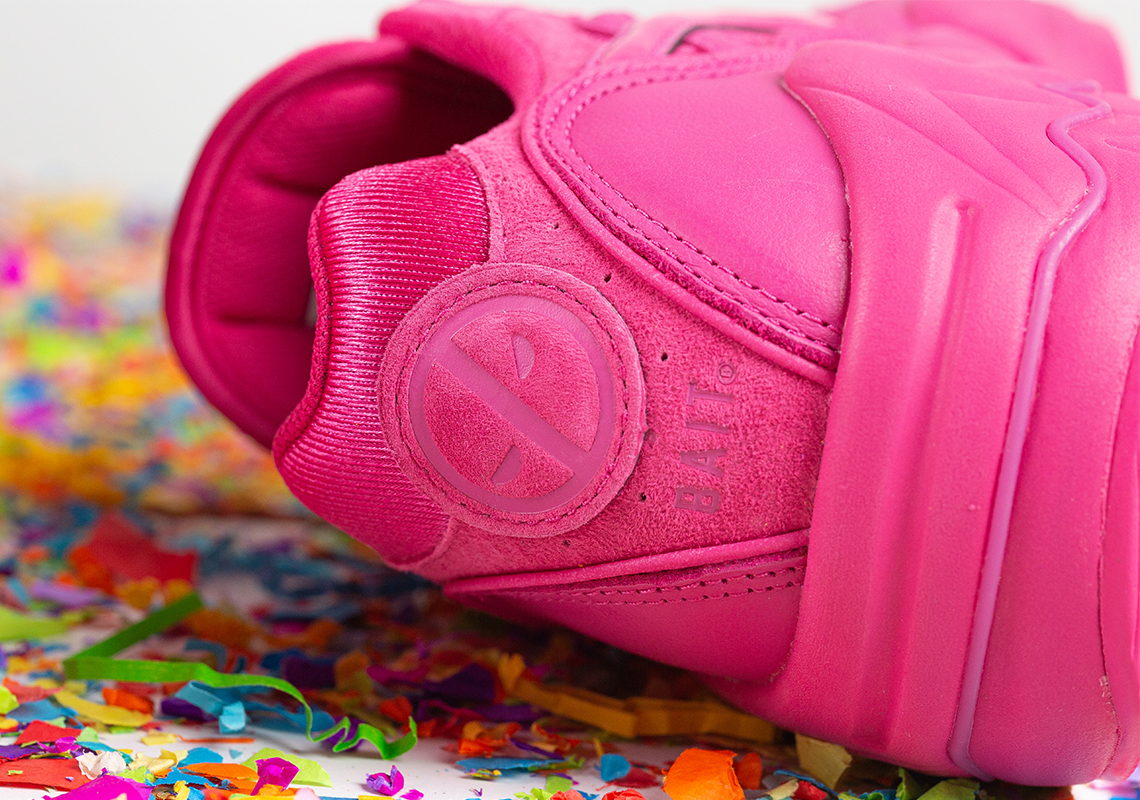