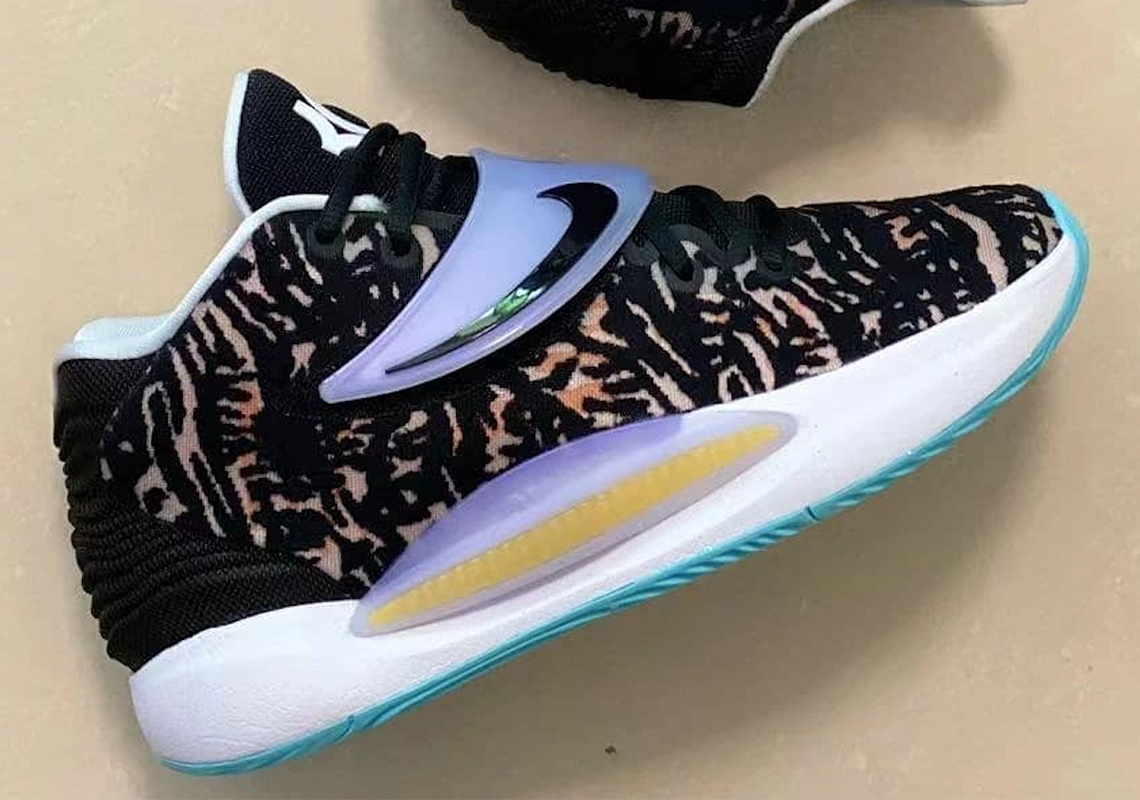 The Nike KD 14 Is Scheduled To Debut In April

Kevin Durant’s first full season with the Brooklyn Nets has been met with some minor roadblocks on the injury and COVID protocol front, but his presence on and off the court has heavily influence da winning culture for the contending team. It’s Finals or bust for the Eastern Conference super-team, and should KD return to the championship stage, he’ll likely be doing so in his latest signature shoe – the Nike KD 14. While images have yet to be leaked, we can presumably expect a cushioning package that includes a full-length Zoom Air strobile at the very least. It could also feature a double-stacked Zoom at the forefoot, one of the KD 13‘s winning features.

Currently, Foot Locker notes an April 17th release date for a black/red colorway of the KD 14, but we expect some energetic pre-heat styles in typical Nike fashion. @wavegod_thelegend recently posted a photo that could be the KD 14 shoe in a launch colorway, revealing a mid-foot strap (the first since the Nike KD 7) with a medial cage-like set-up similar to the Air Presto. Additional photos provided by @chriscolgan. For now, stay tuned for an official announcement as it will likely arrive soon.

In other Nike Basketball news, the LeBron 18 Multicolor is confirmed to release on April 10th. 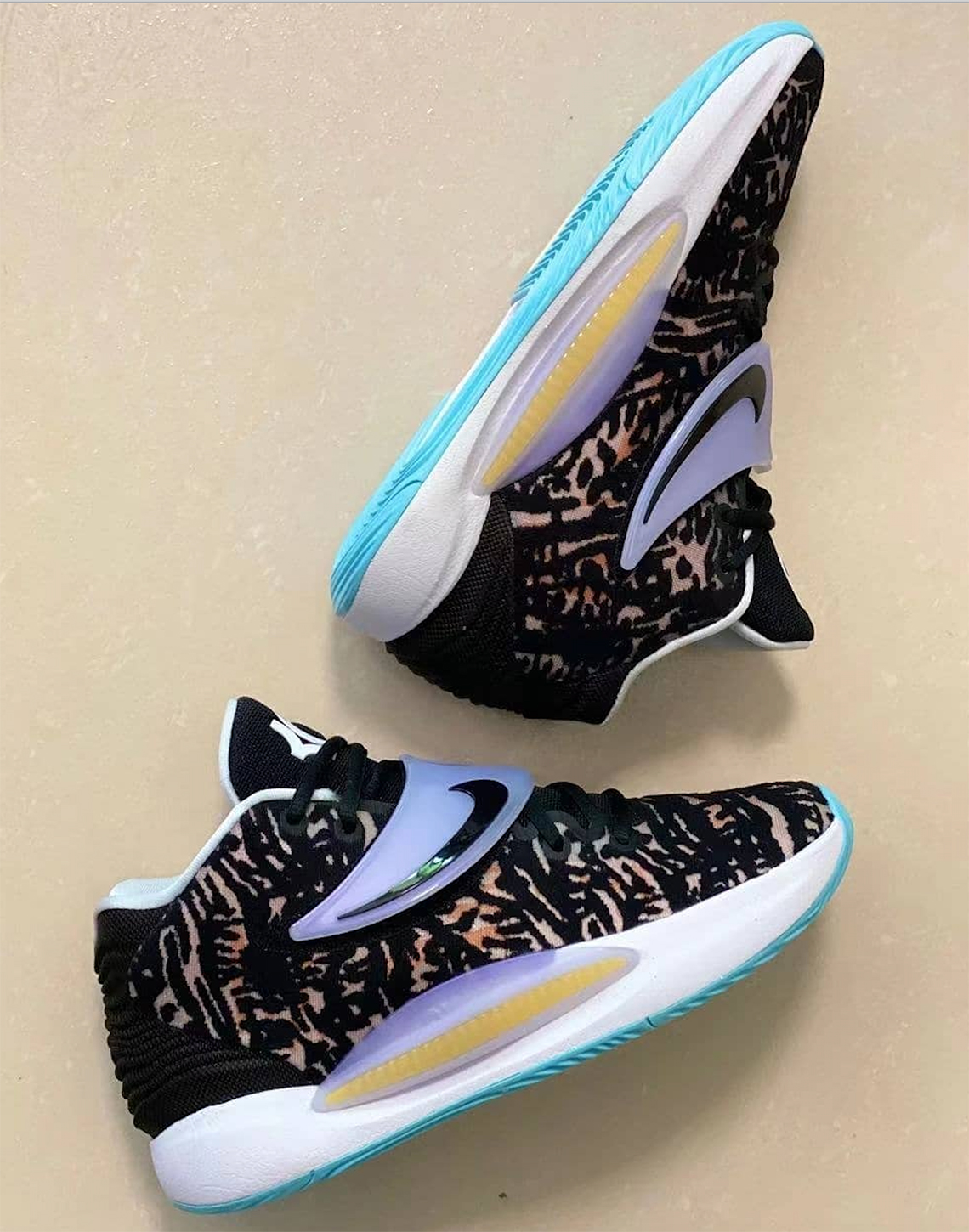 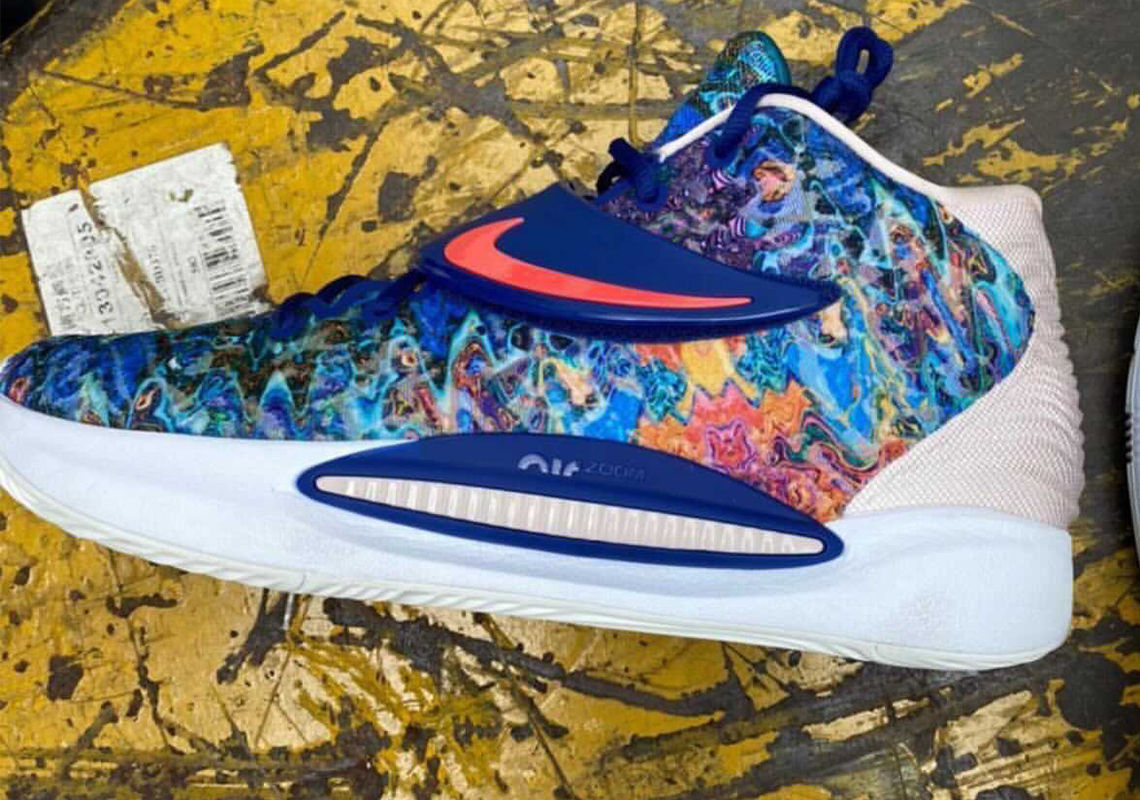 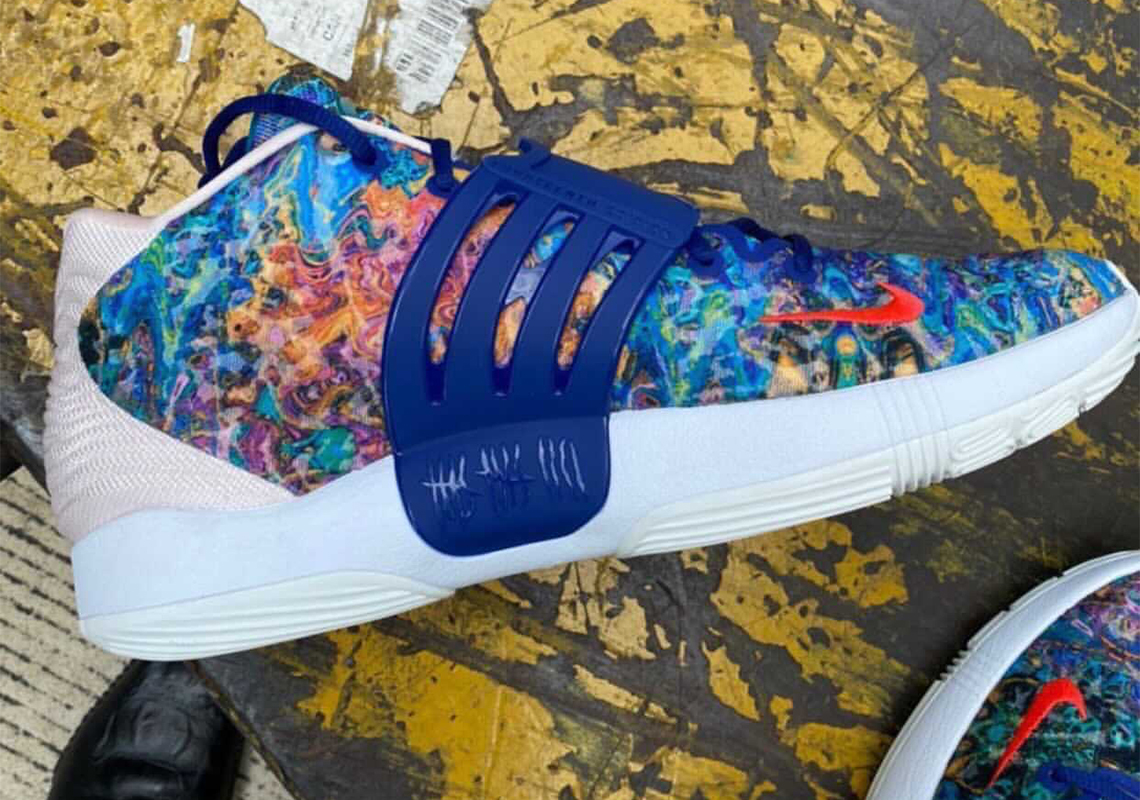 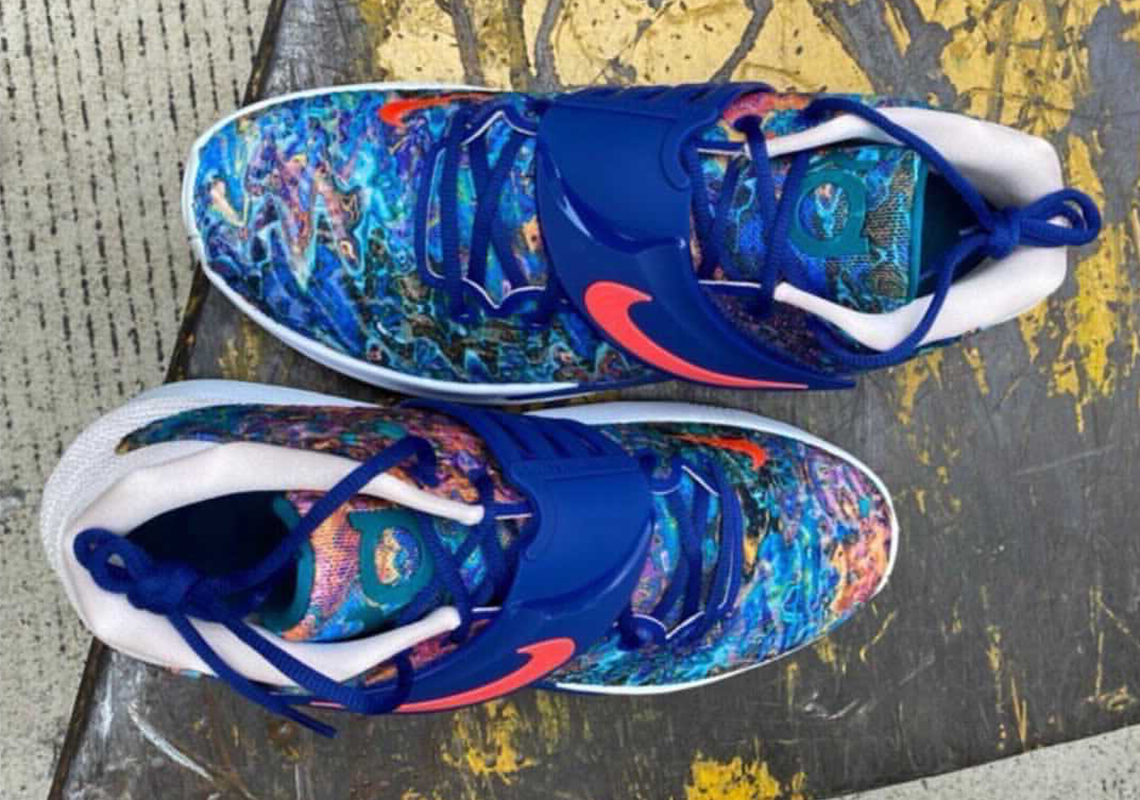