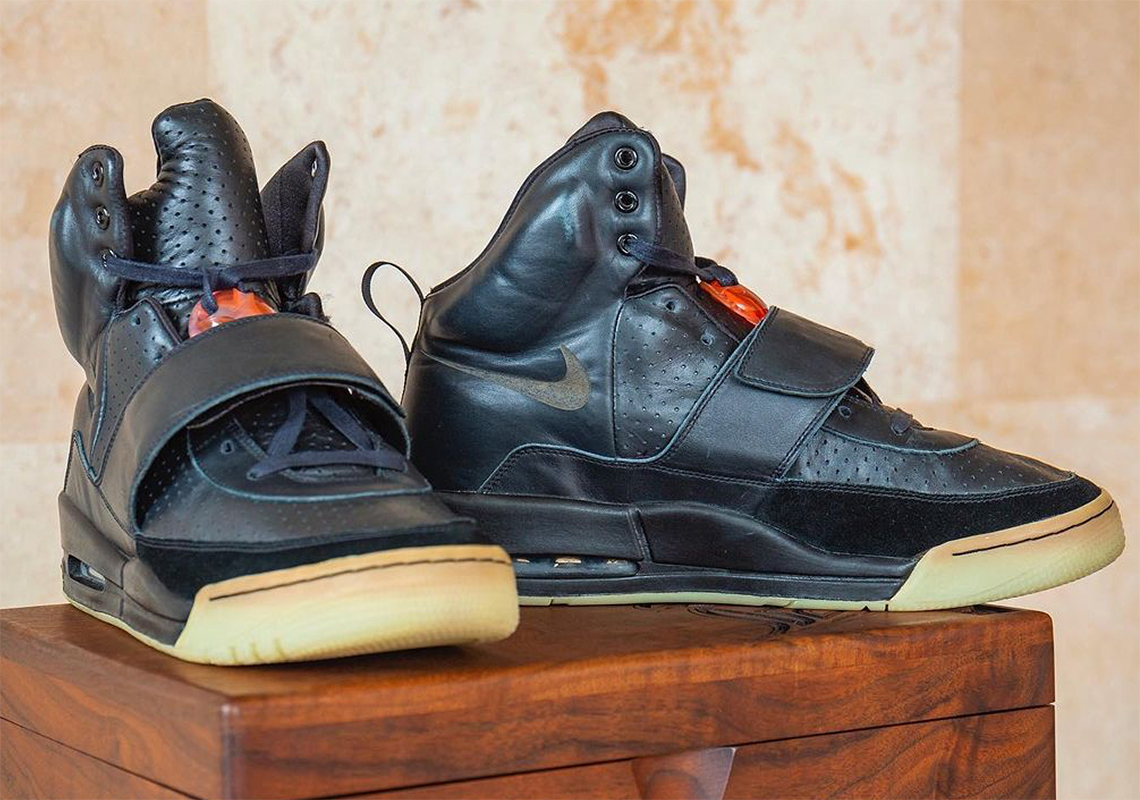 One of the most documented Yeezy sample sneakers in history has sold at a mind-blowing $1.8 million at Sotheby’s auction. Known in the sneaker community as the “Prototype”, this sneaker first came to light when Kanye West himself wore them during his live performance at the 2008 Grammy Awards; eyes were glued to Ye’s feet as he and Daft Punk collaborated on the show. It is considered to be the rarest Yeezy sneaker ever.

The Air Yeezy 1 “Prototype” was certainly not the beginning of Kanye West’s foray into footwear, as he collaborated regularly with Nike (on special colorways), A Bathing Ape, and Louis Vuitton before launch his first true signature shoe with Nike in 2009. But the Air Yeezy 1 was pivotal in Kanye’s development into a true industry competitor that just a decade later is competing with Michael Jordan in sales of lifestyle fashion sneakers. After the Air Yeezy 1 launched in summer 2009 to much fanfare, resell prices eclipsed $1,000 – a rarity during that era of sneakers. $1,000 is just one grain of sand in today’s massive sneaker resell industry, but at the time, it was unheard of. The sequel, the Air Yeezy 2, dropped in 2012, with the infamous “Red October” launching in early 2014. During that time gap, Kanye and Nike had a quiet yet dramatic split, leading to the birth of the YEEZY brand under adidas. Letting Kanye walk to its primary competitor stands as perhaps their most questionable decision of the modern era of the brand.

Before sneakers caught the attention of luxury auctions houses, the Prototype Yeezys were a regular fixture on eBay. These 1-of-1 Prototypes at one point were listed at $50,000 and later $75,000 by private sellers, which obviously pales in comparison to the $1.8 million it sold for at auction.

The buyer is RARES, which specializes in fractional ownership of collectible sneakers and other goods. Gerome Sapp, CEO & Co-Founder of RARES, commented: “We are thrilled to work with Sotheby’s on this acquisition. Our goal in purchasing such an iconic shoe – and a piece of history – is to increase accessibility and empower the communities that birthed sneaker culture with the tools to gain financial freedom through RARES. We look forward to working with Sotheby’s to continue to identify rare finds that will help elevate, preserve and uphold sneaker culture.” Those who are interested in owning a piece of the Air Yeezy 1 “Prototype” will eventually do so through the RARES platform.