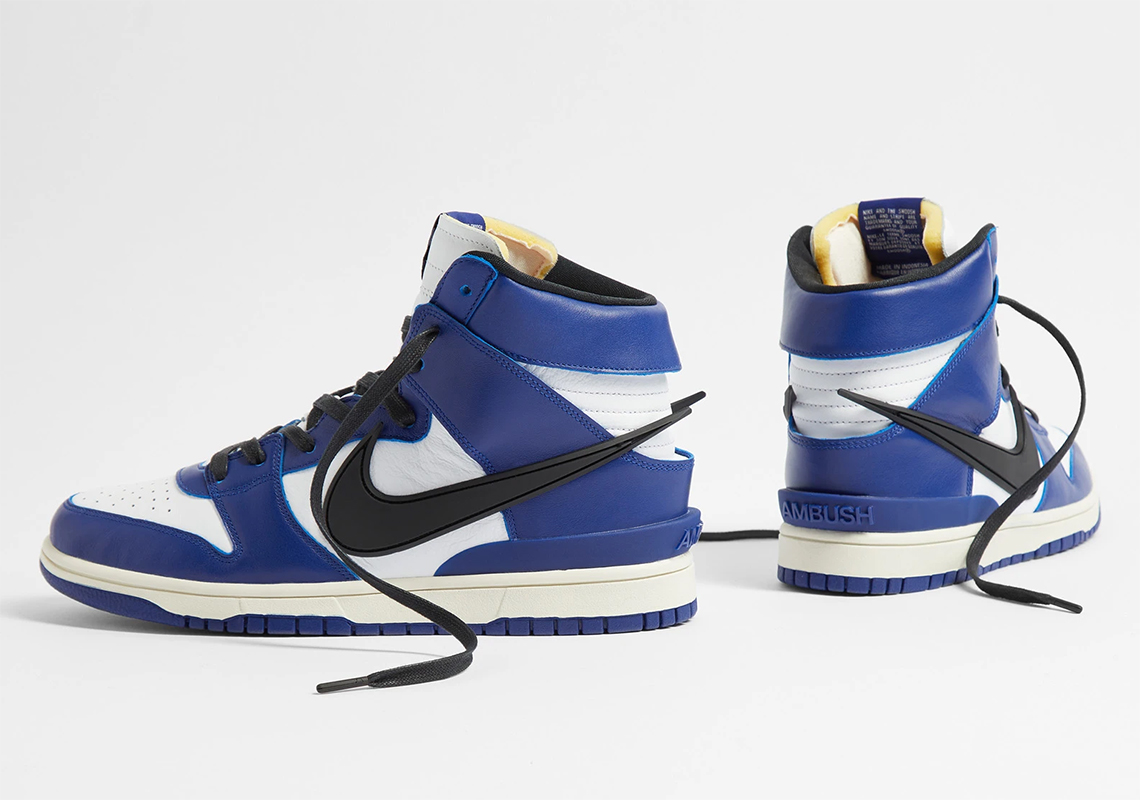 Establishing the sporty and street-sleek aesthetic of Japan’s car culture into her Dunk design, Yoon of AMBUSH delivered a daring interpretation of the hot and trendy silhouette by exaggerating the natural lines and curves of the silhouette. Originally unveiled in an all-pink and a clean white/black design, the collaborative pairing of Nike and AMBUSH now revert to some colorways that are canon to the Air Jordan 1 storyline – namely the royal blue hue that has rocked with the AJ1 since 1985.

While the color-blocking hardly matches the famed original, this upcoming Deep Royal Blue mimics a recent Air Jordan 1 Retro High OG release that saw the same arrangement of blue, white, and black. This version applies that sail hue to create a bit of that vintage magic on the sole, but these are clearly of the future thanks to the enhanced Swoosh logos that are inspired by tailpipes.

This third colorway of the AMBUSH Dunk High is confirmed to release at retailers overseas on May 18th, 2021 with an MSRP equivalent to $180; a US release date has yet to be confirmed and is likely a later date. 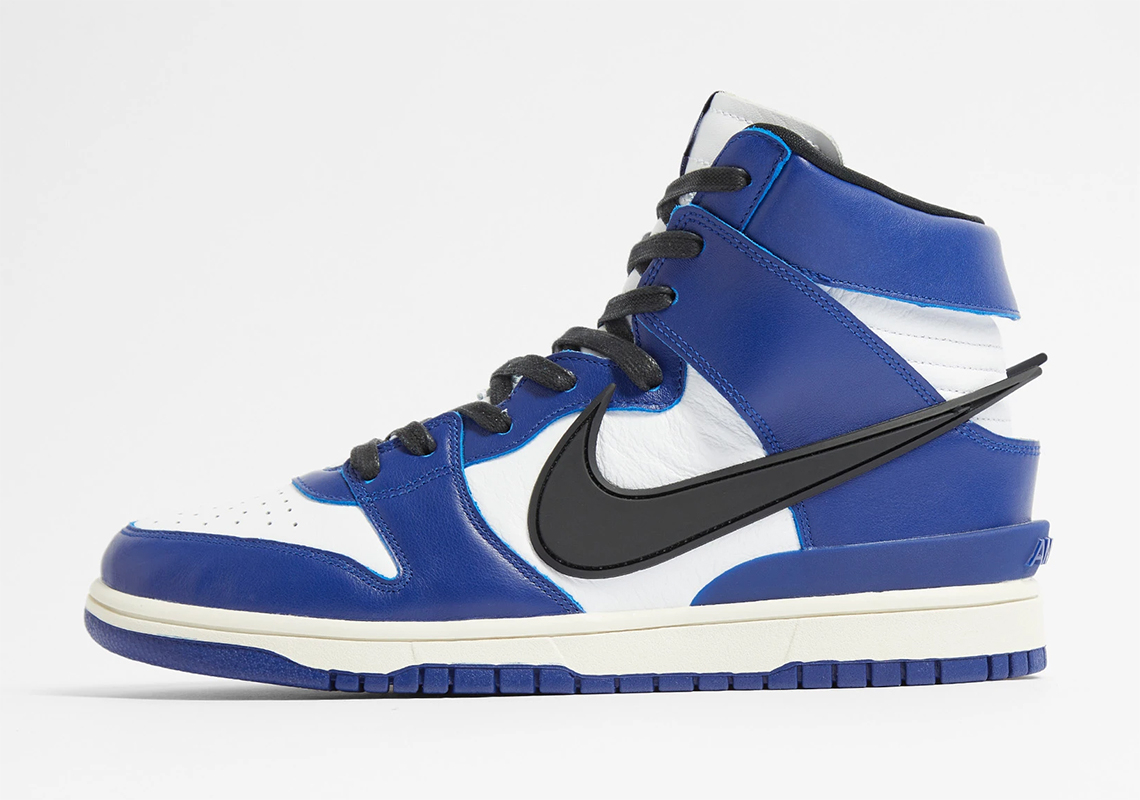 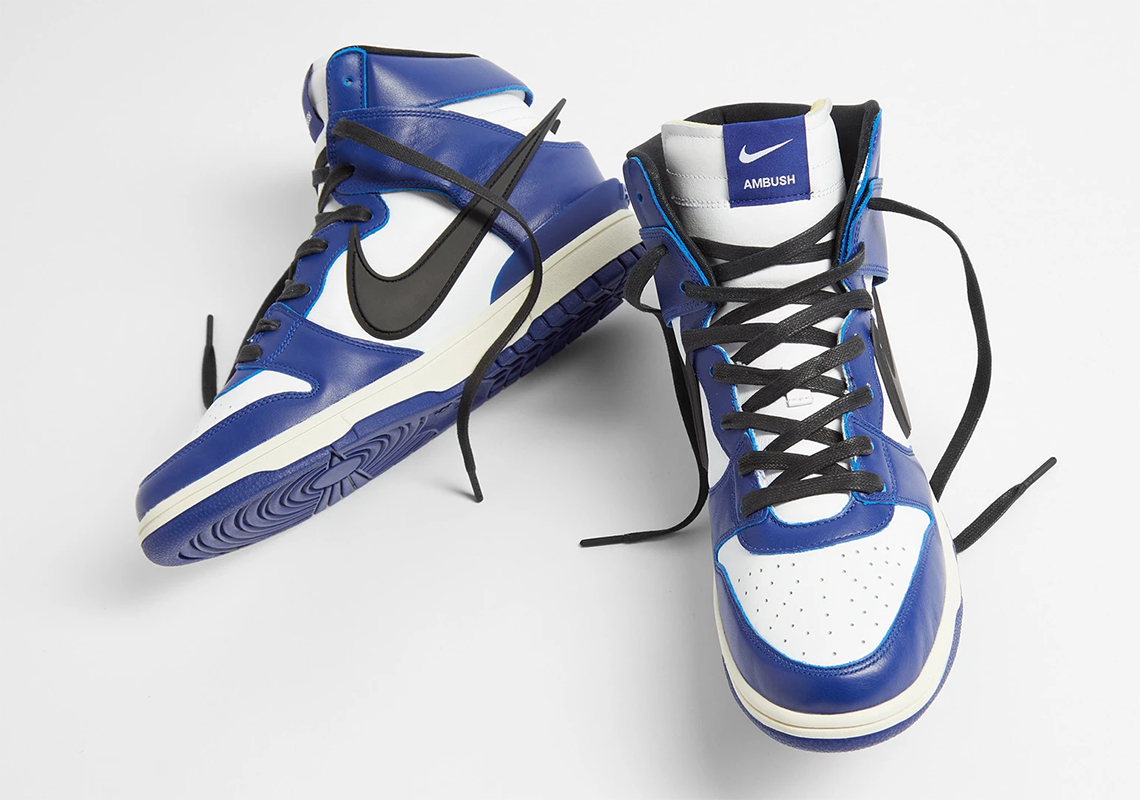 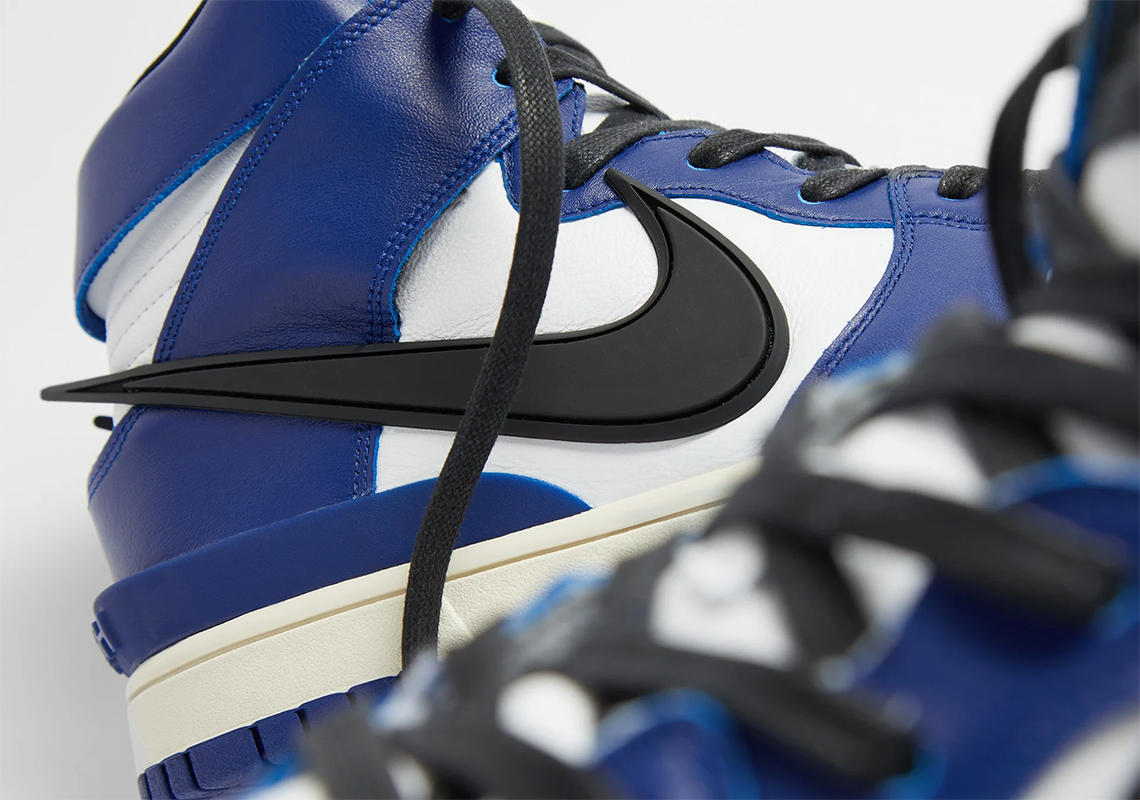 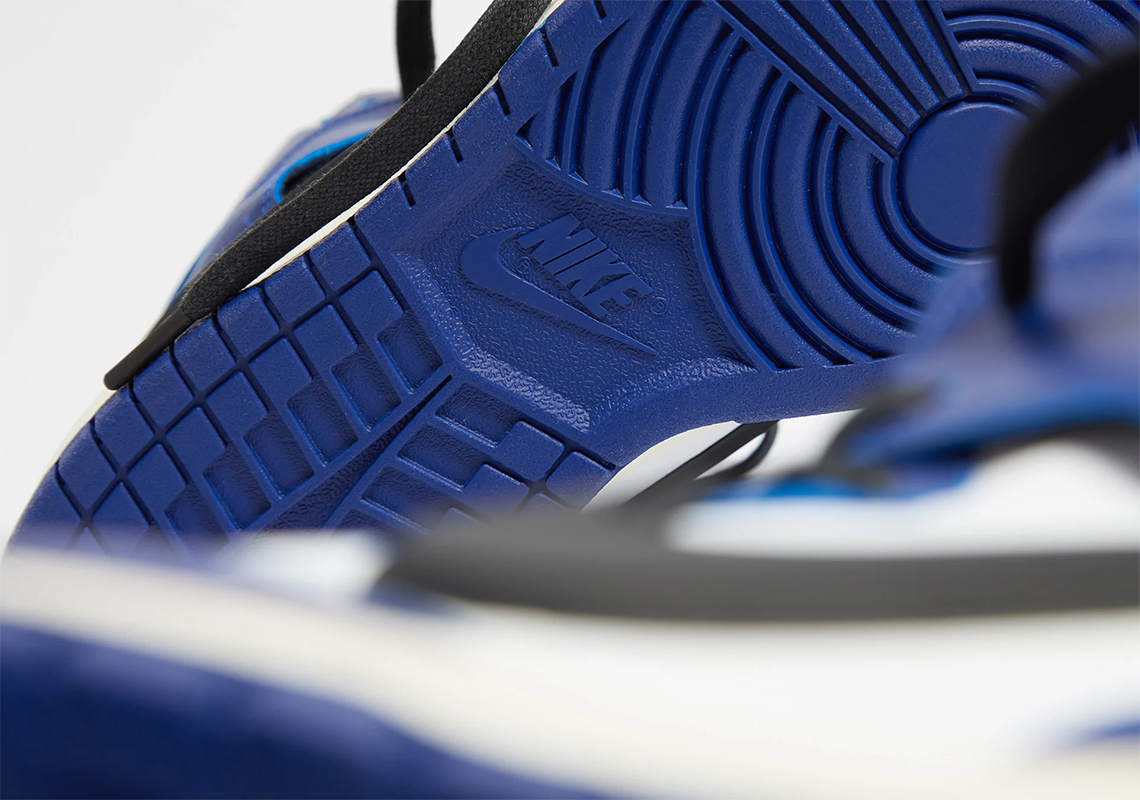 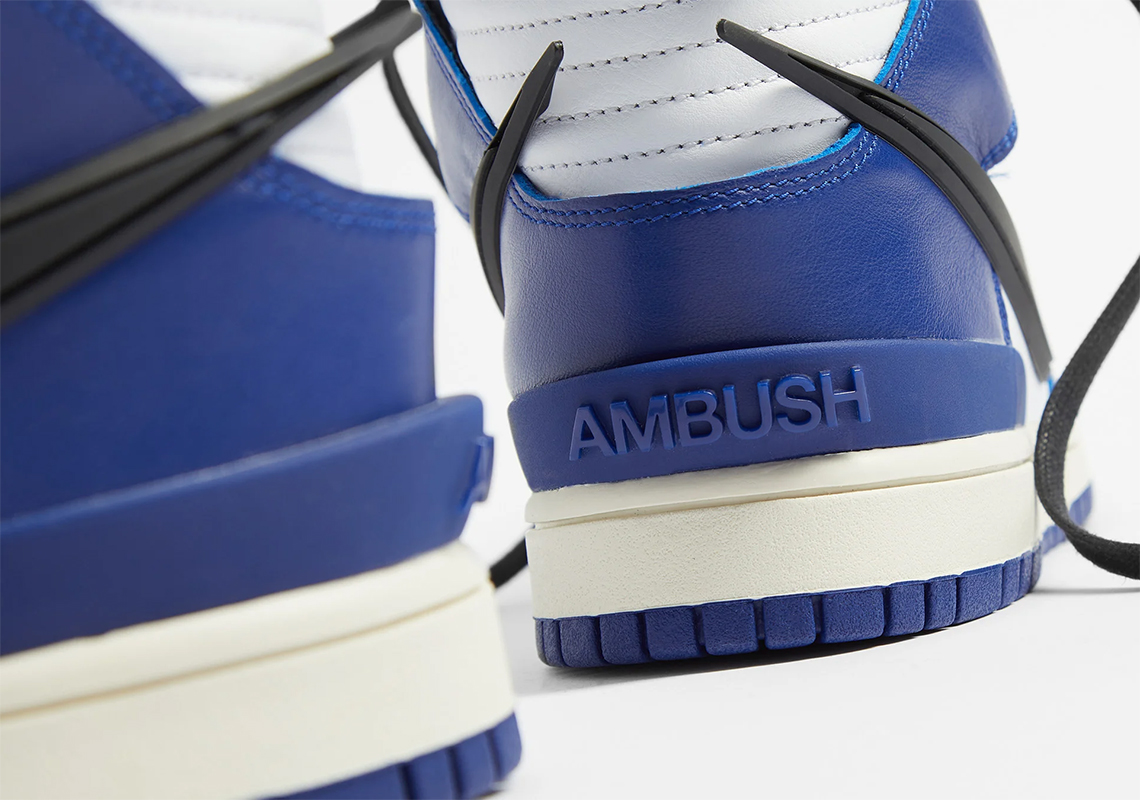 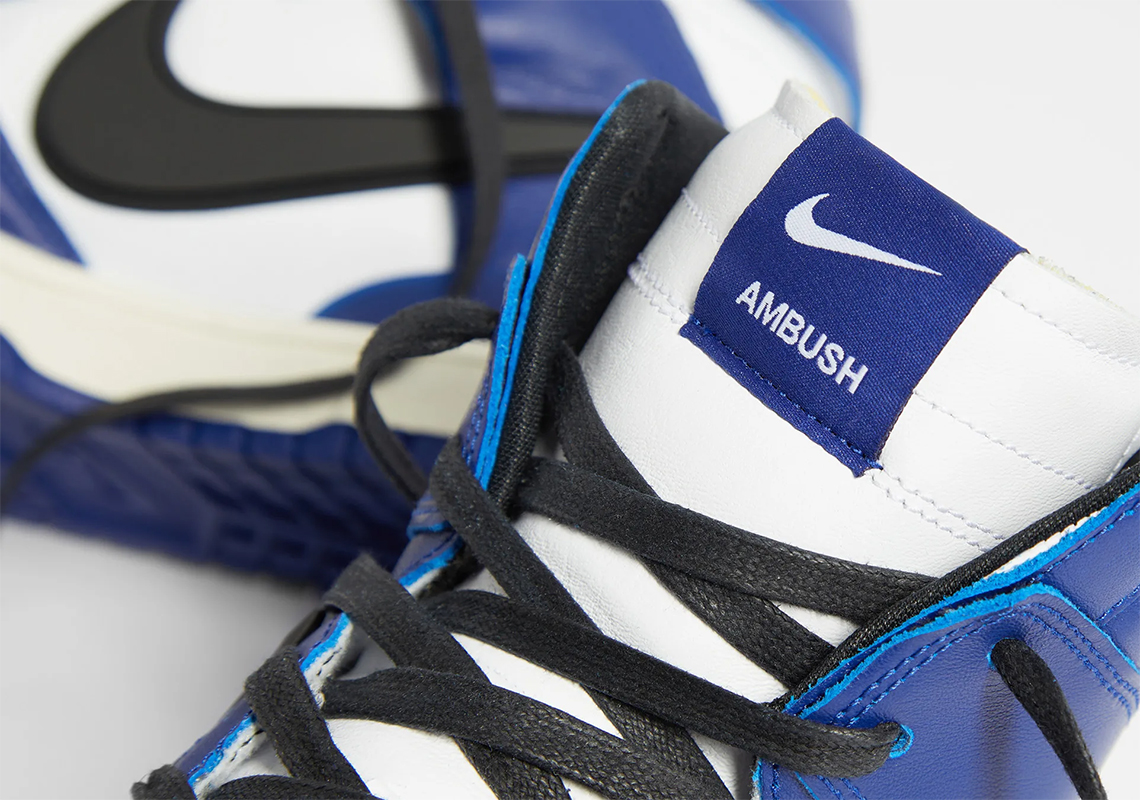