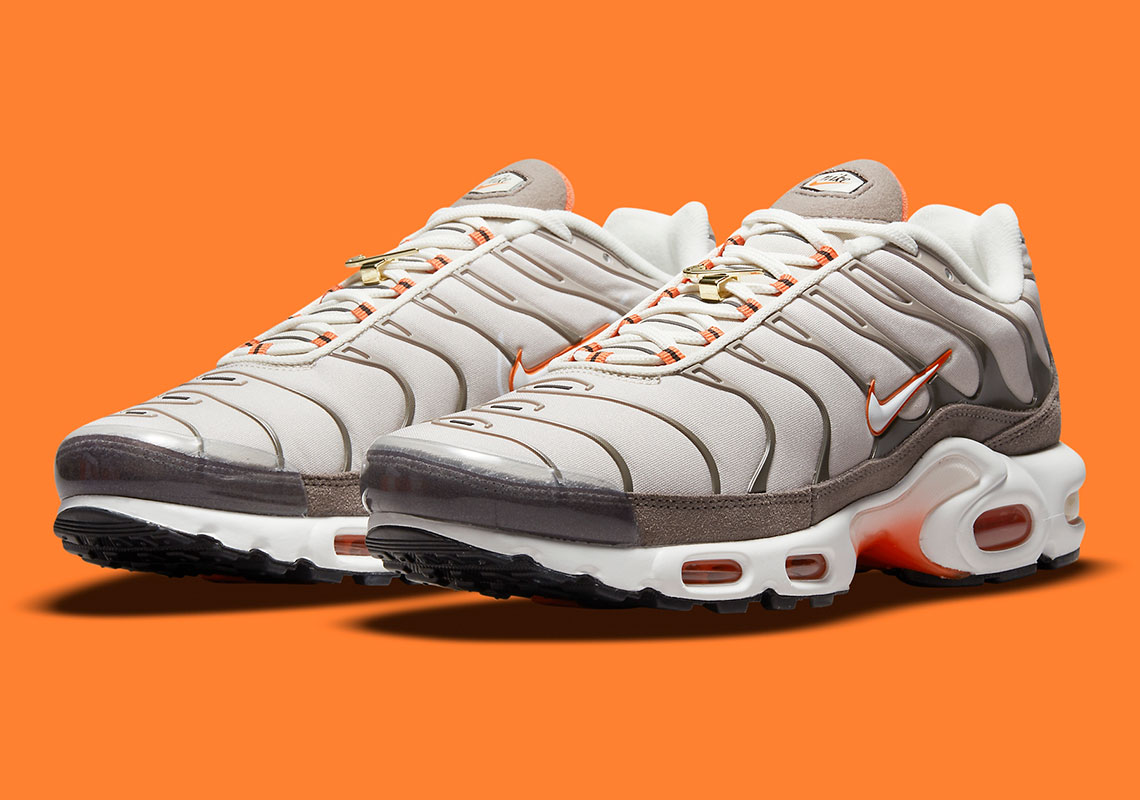 Nike’s upcoming “First Use” pack celebrates the 50th anniversary of one of the most iconic logos in history: the Swoosh. With most of the styles within the pack referencing the date of June 18th, 1971, the collection’s upcoming Nike Air Max Plus boasts a color scheme that seems to allude to the past as well.

Neoprene uppers are tinted in a soft beige that’s a less saturated variant of the brown applied to the wavy TPU overlays. The darker brown also makes its way onto the suede mudguards and heel, followed by the tongue. A contrasting orange outlines the white Swoosh pieces on the sides, crafting a color scheme reminiscent of the orange-on-brown shoeboxes Nike had used in the past. The citrus hue further colors the eyelets, underside of the tongue, and the inside of the Air unit. To complete the commemorative style, the pack’s defining gold Swoosh lace dubrae and branded insoles are featured on the pair.

Take a closer look at the Nike Air Max Plus below, which will arrive at Nike.com in the coming weeks with a price of $160.

In other Max Air news, have you seen the Nike Air Max Pre-Day BETRUE? 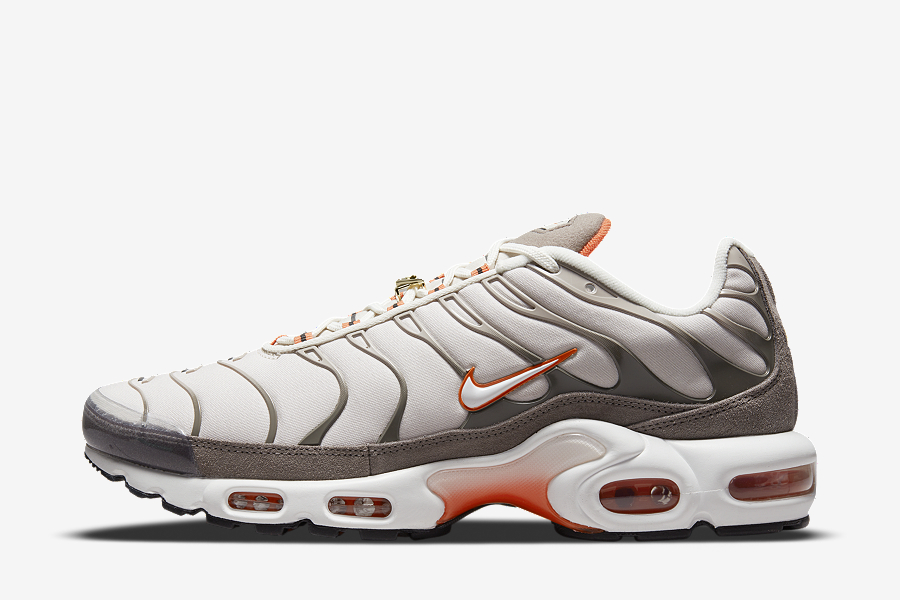 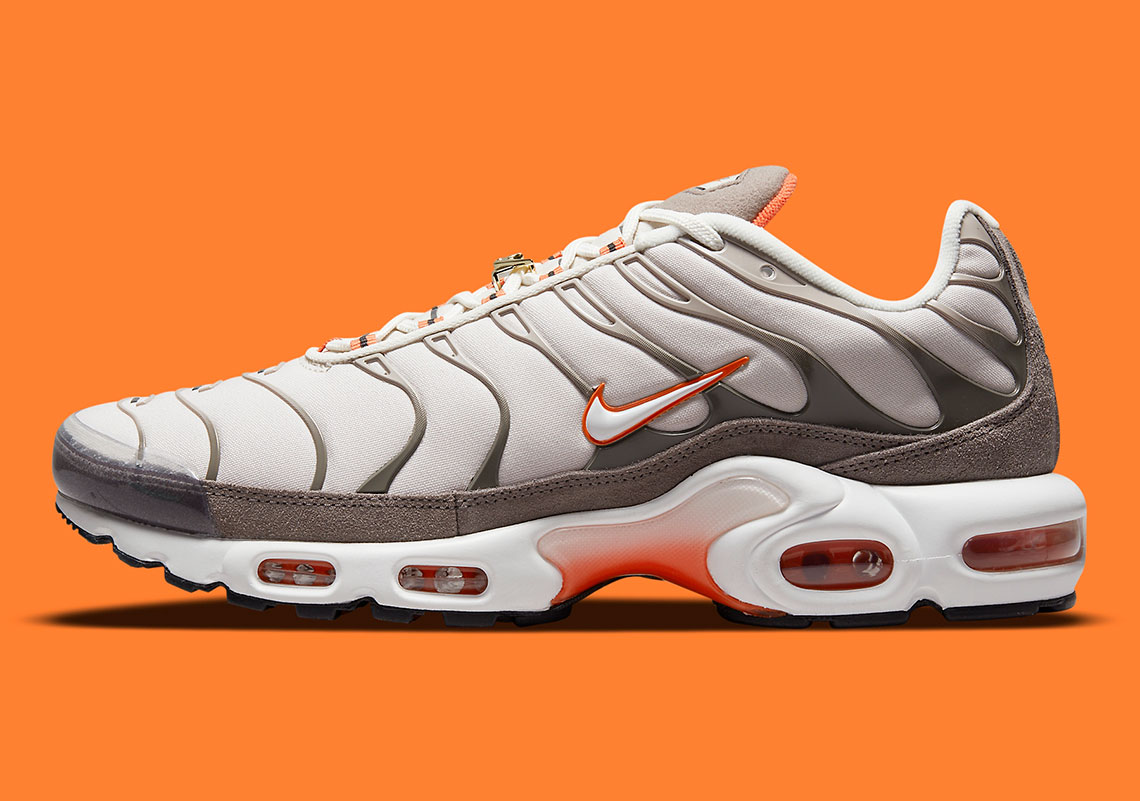 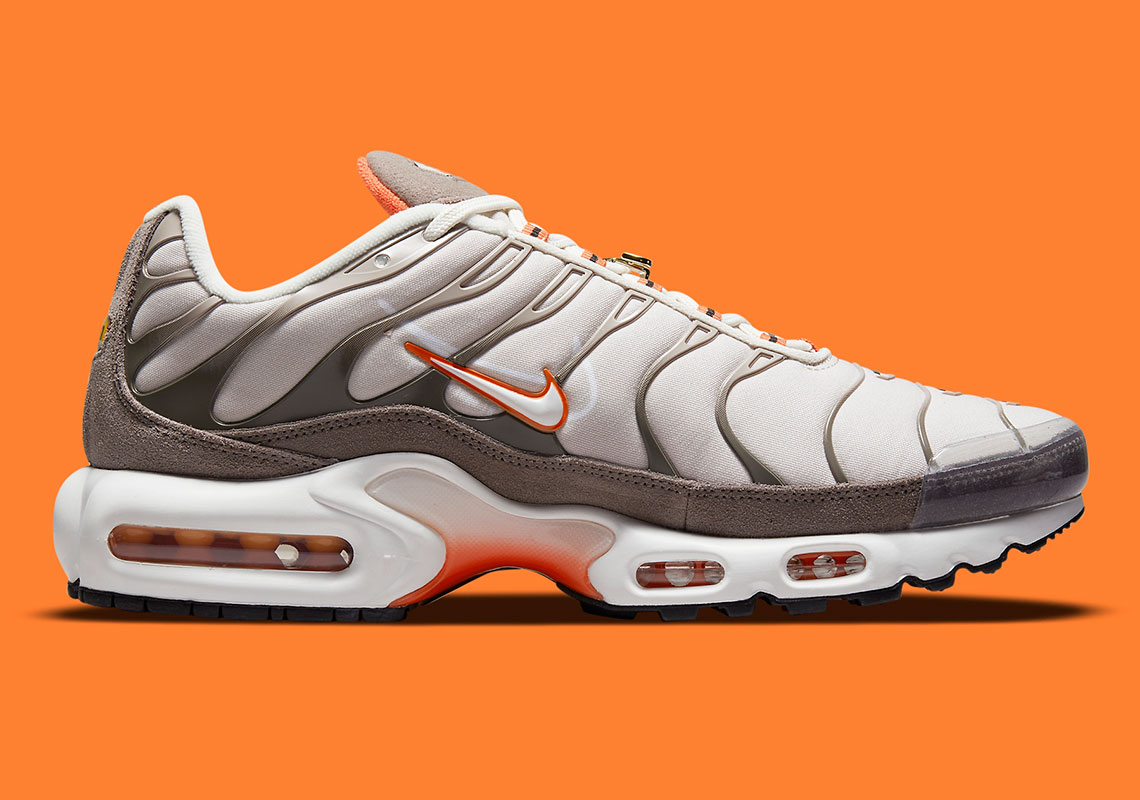 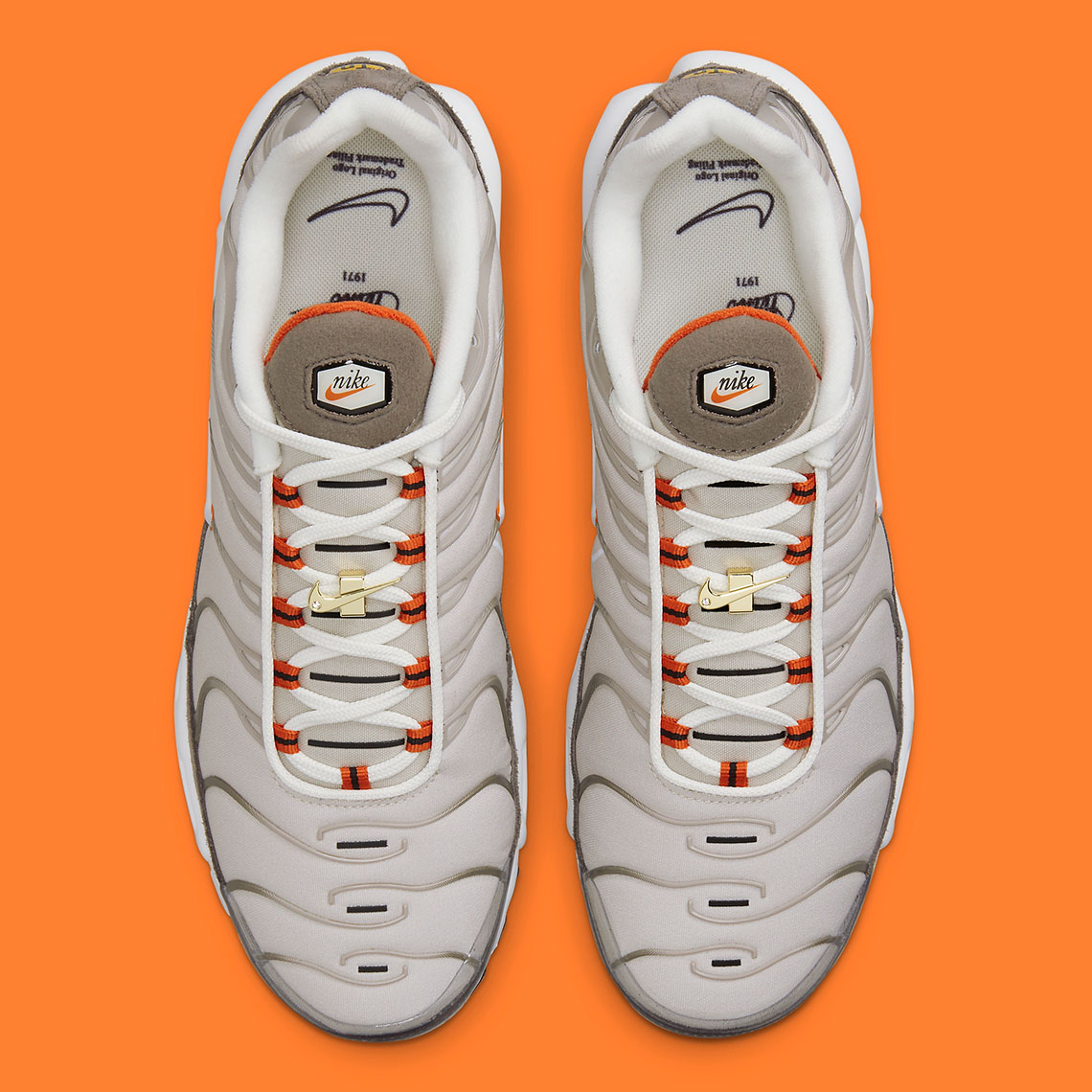 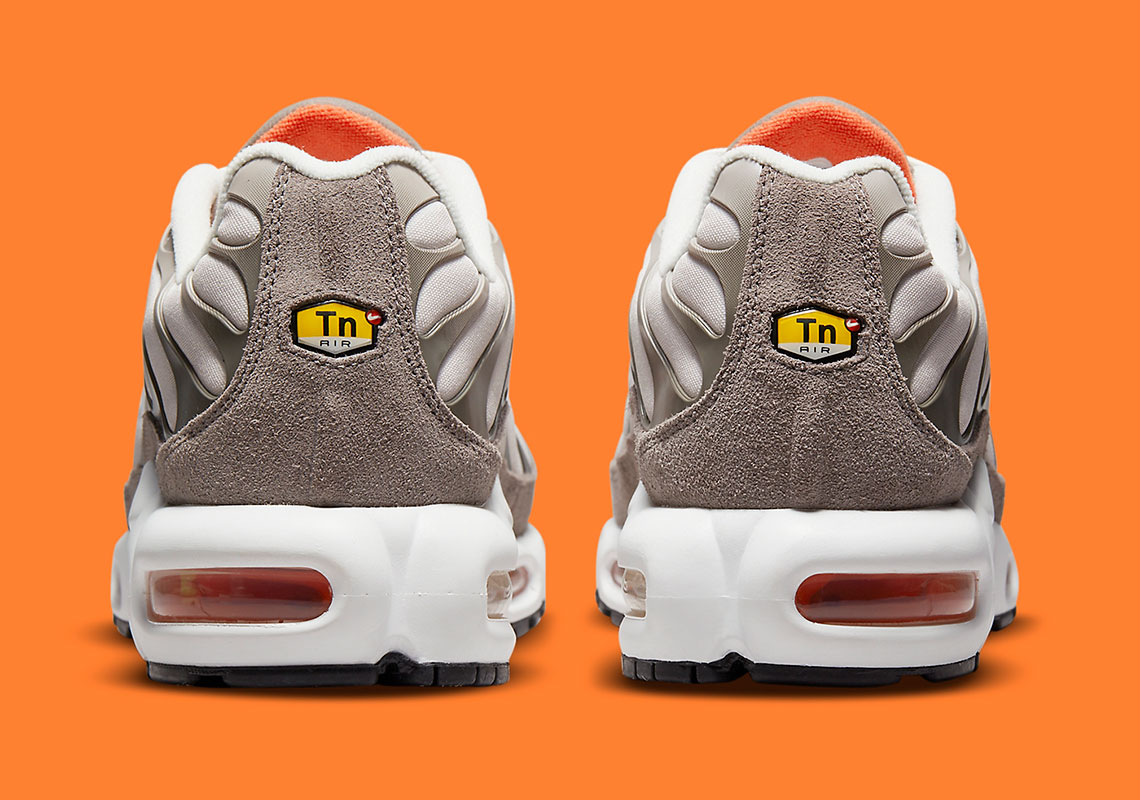 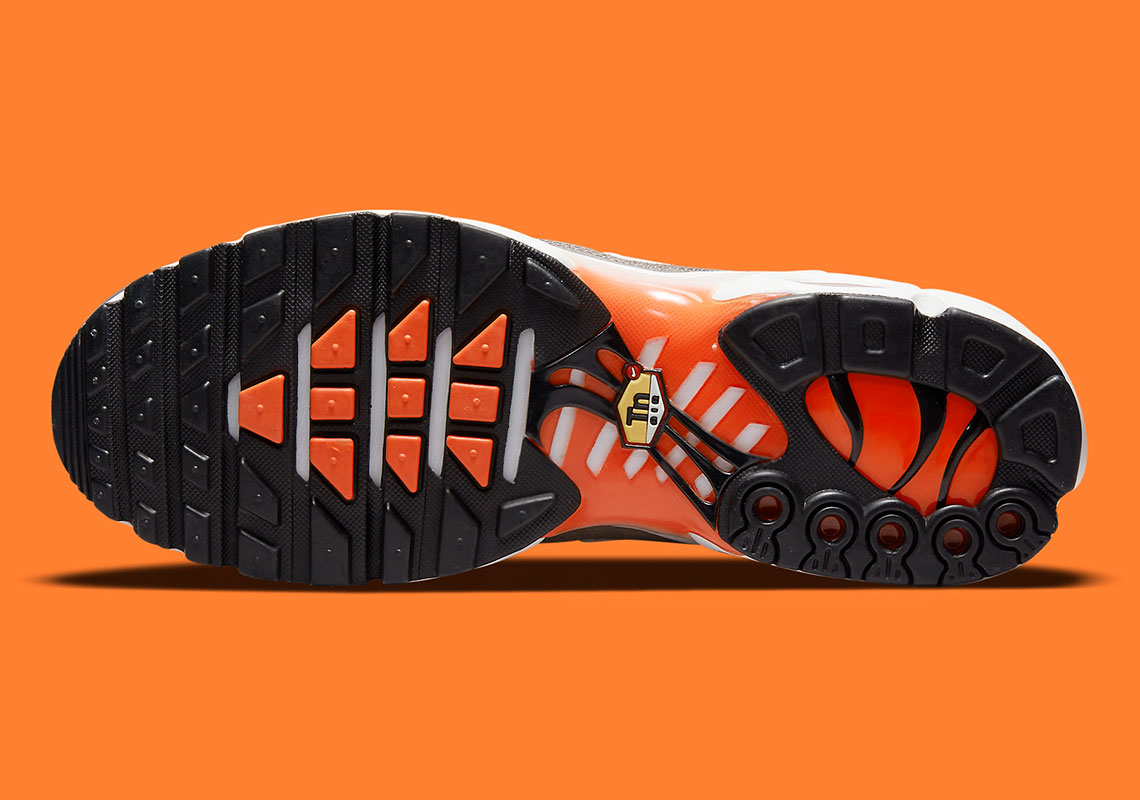 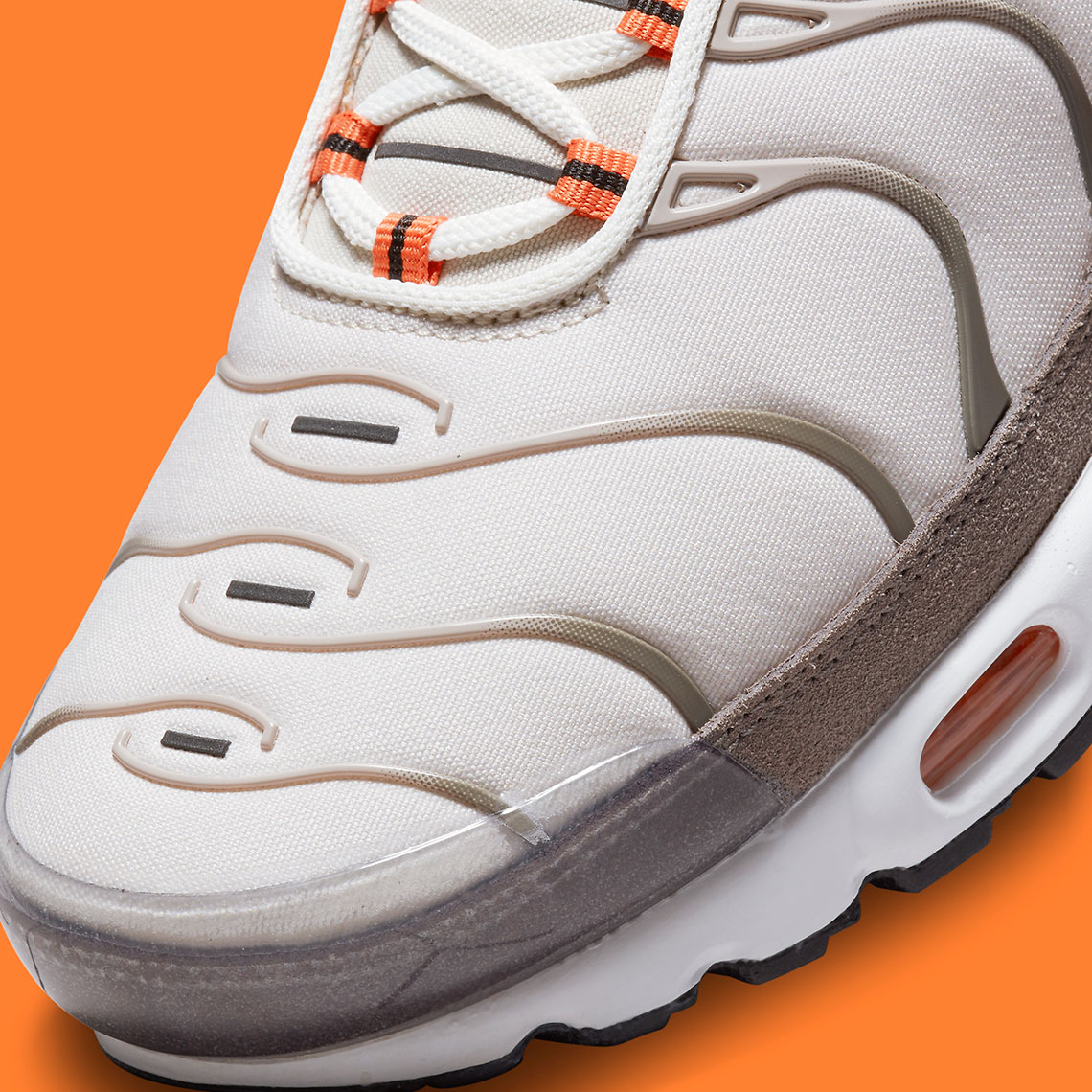 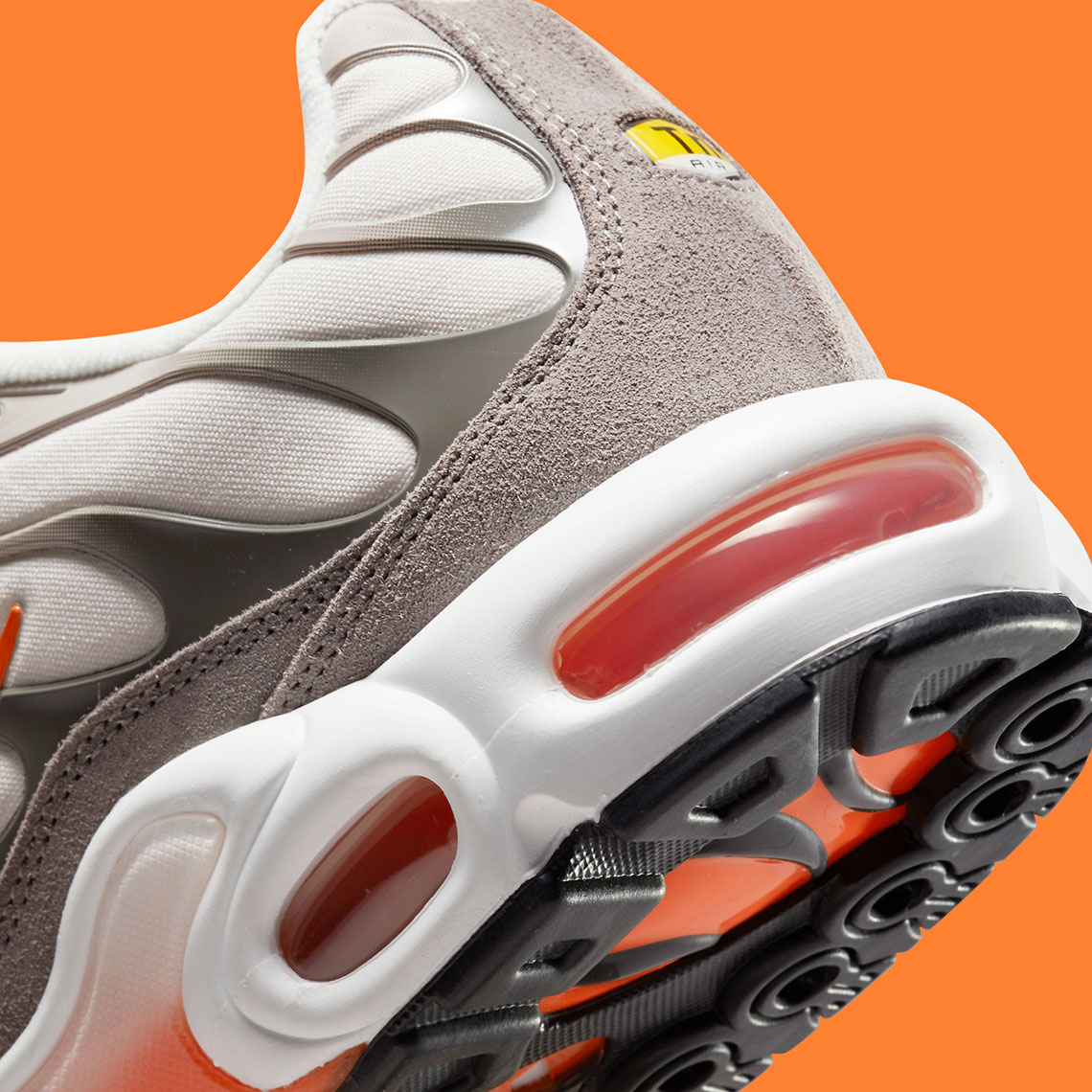 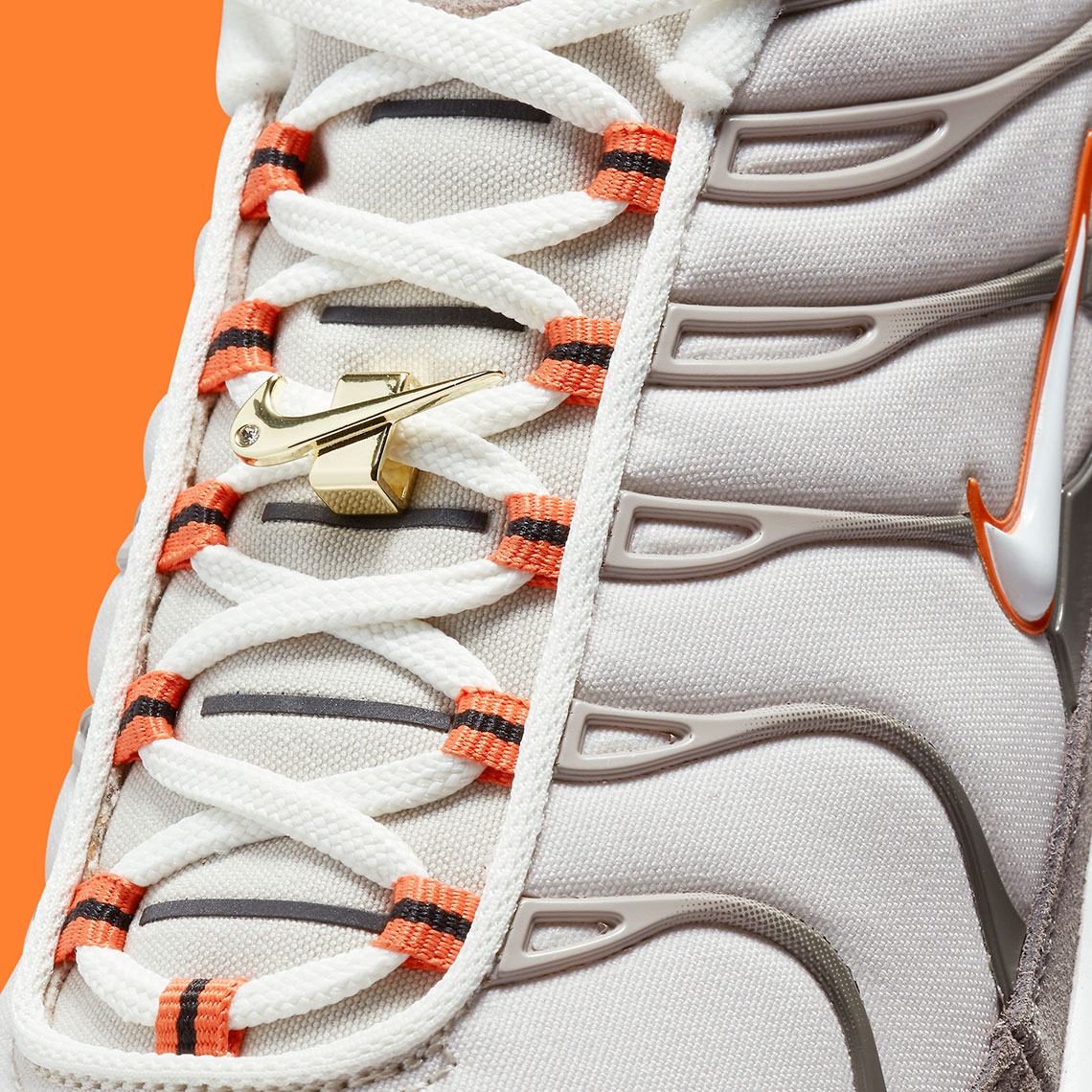