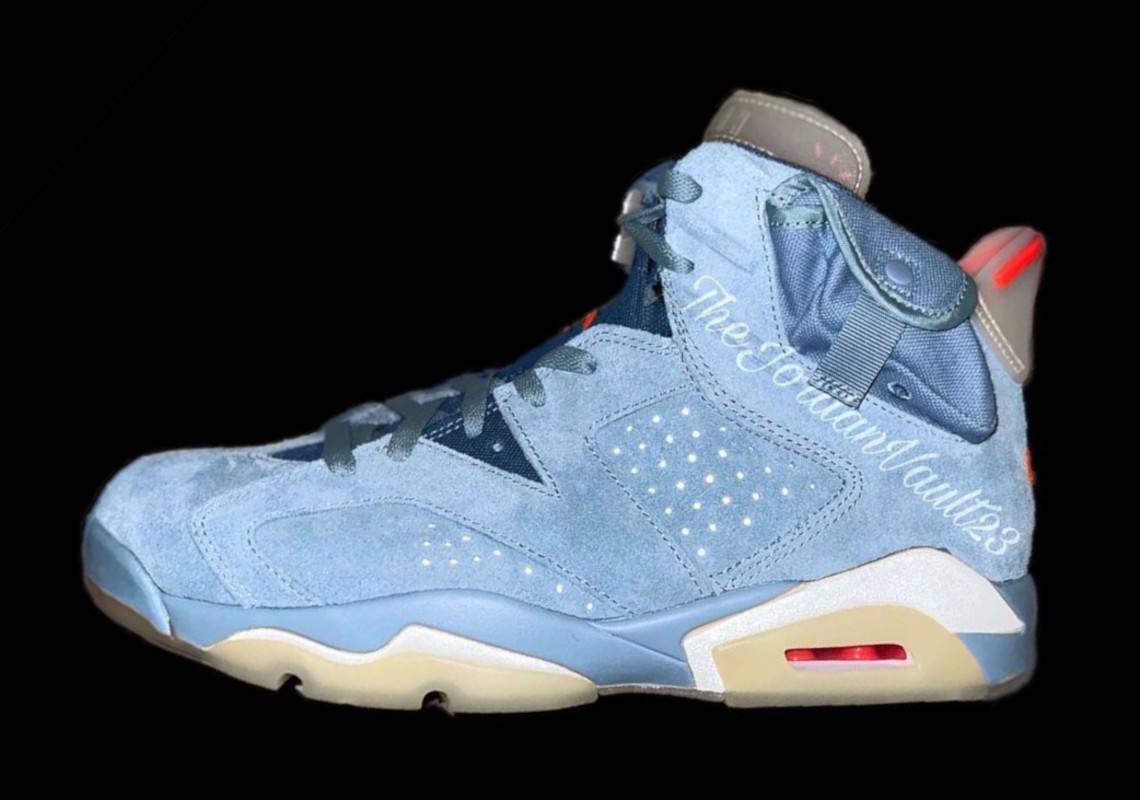 Could A Travis Scott x Air Jordan 6 Houston Oilers Colorway Be In The Works?

Despite making time to sit court-side at an NBA while wearing a Nike SB shoe worth $100,000 USD, Travis Scott is never not working. In addition to (surely) slowly chipping away at his next studio album, “UTOPIA,” the 29-year-old has reportedly been working on an Air Jordan 6 collaboration inspired by the Houston Oilers. A collector-made custom suggests how the final product might look.

Akin to his Air Jordan 4 joint-effort from June 2018, Scott’s next sneaker with Team Jumpman draws its “University Blue/Varsity Red/Black” colorway from a former NFL team (now known as the Tennessee Titans). Premium suede construction covers the majority of the model’s upper, and indulges in an eye-catching light blue. The tongue and utilitarian pouch on the lateral side boast a darker shade of the titular tone, but don’t detract from the shoe’s overall aesthetic. As has become common of La Flame’s Air Jordan collaborations, branding – which includes “NIKE AIR” at the heel – across the retro delivers stark “Varsity Red” contrast presented in fluorescent, “Infrared”-fashion. Cactus Jack iconography makes its way onto the medial midsole, and while not depicted in early leaked images, likely does so on the semi-translucent outsole, too.

Enjoy images of how Scott’s anticipated next Jordan 6 will look here below, and anticipate more Nike SNKRS release details as the year winds down.

UPDATE (06/07/2021):
The images included in this post have been confirmed as those of a custom. Although Scott might be working on a similar colorway, another Houston Oilers-inspired pair is pure speculation at this point. A previous version of this story suggested the sneaker in question was an early, authorized sample by NIKE, Inc. 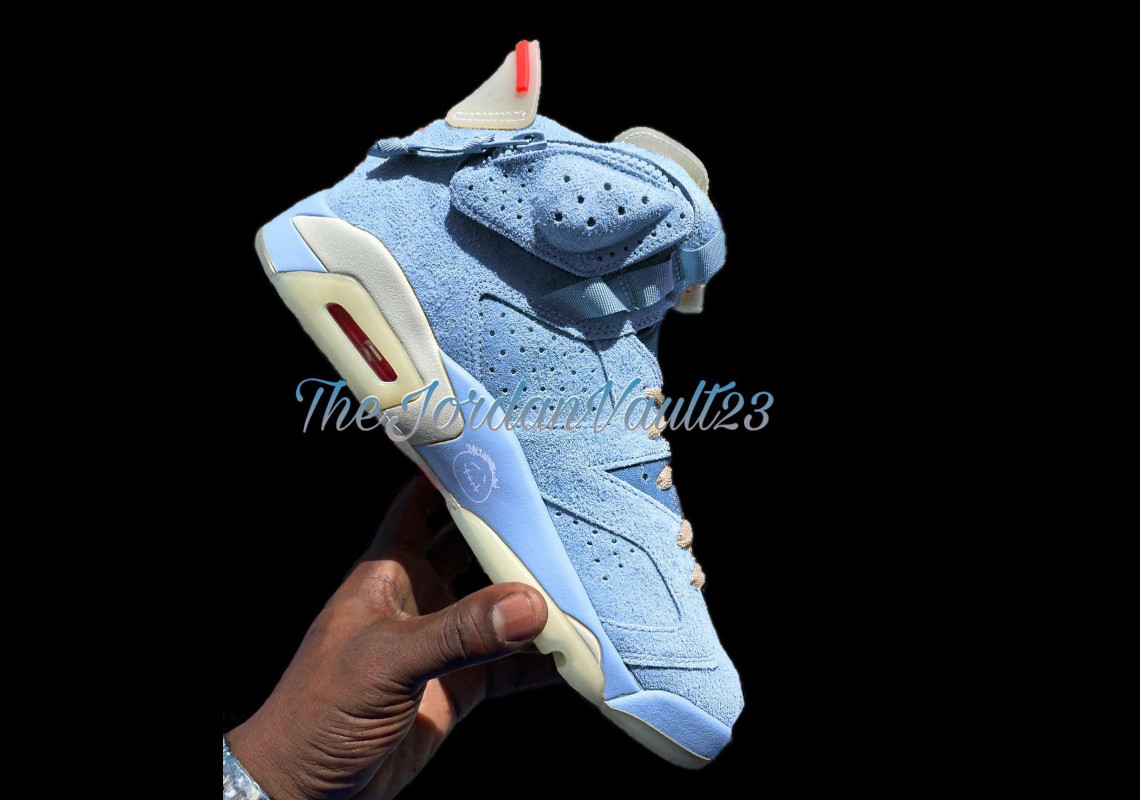 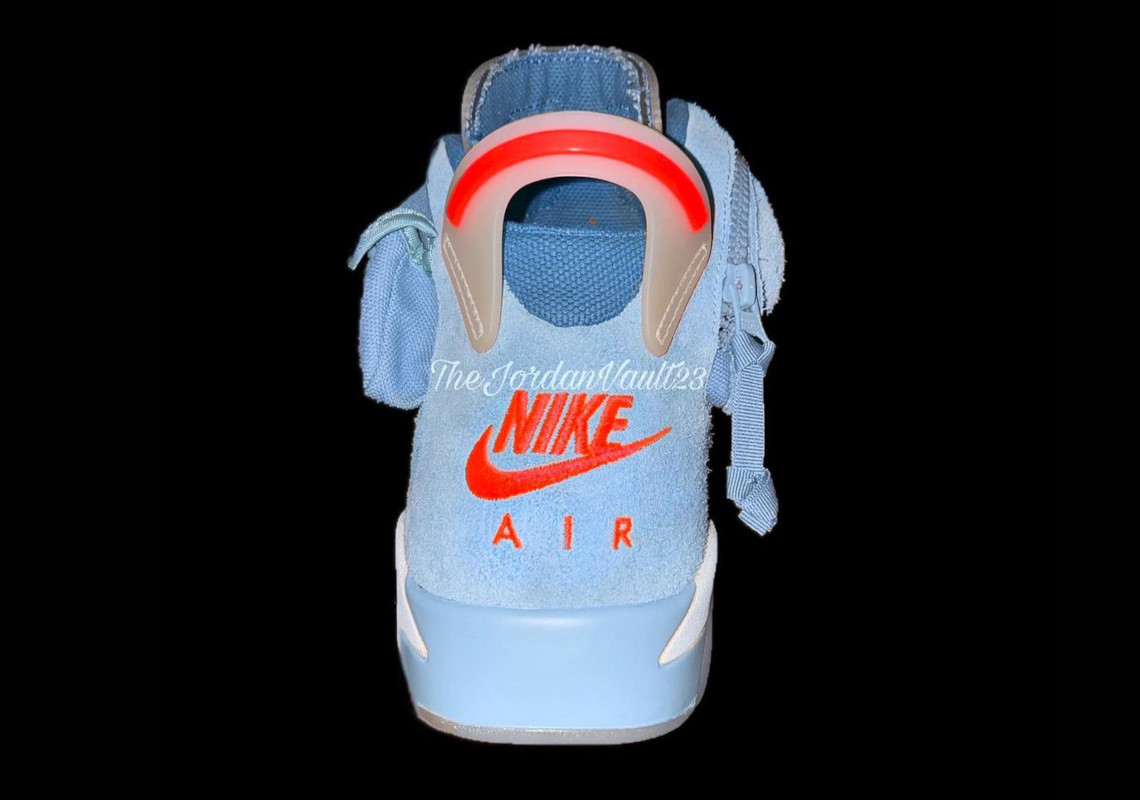